February 2003. I’d only been teaching in Bratislava for a few months when my school gave me a new and unusual assignment. They wanted me to travel halfway across the country every Thursday to teach at the Kappa factory in the godforsaken Slovak outpost of Štúrovo, a nonentity town on the Slovak-Hungarian border. Initially I was less than enthused, though it actually turned out to be quite the adventure. While there was virtually nothing to do in Štúrovo itself, the town was at least the perfect base to discover The Danube Bend, a series of picturesque river towns across the border in Hungary.

February 2003. It took a bit of planning, but finally a bunch of my teaching mates came over from Bratislava to meet me in Štúrovo on a Friday afternoon after my lessons were done in the factory. From the beaten up old train station we set off on foot towards Mária Valéria Bridge, our gateway to Hungary and The Danube Bend. I remember there being a very hairy moment with the border guards, due to my falling-to-bits passport and its dubious collection of Arabic stamps. But in the end they waved me through and I had to endure Jon calling me “Osama Bin Leighton” for the rest of the trip. 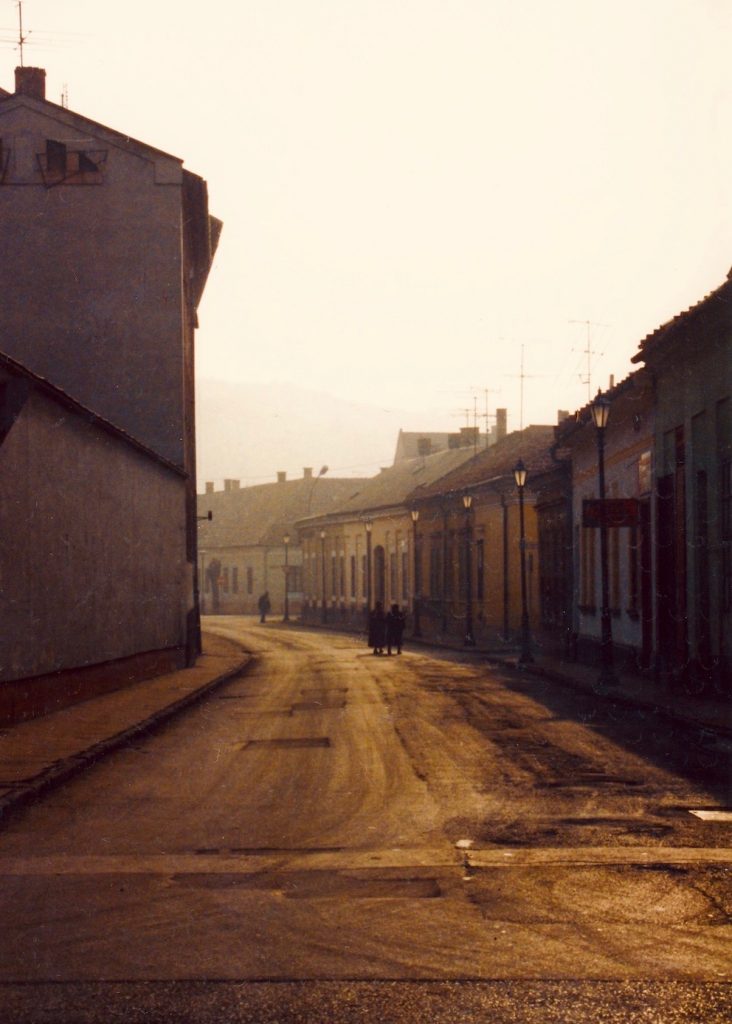 February 2003. Our first port of call was the little town of Esztergom. It was a biting cold February afternoon and the skies were grey; the streets almost deserted in their drab gloominess. And if all that sounds miserable, it actually wasn’t at all! There was an almost mysterious ghost-town vibe to the place as we strolled about looking for a warm pub. What a treat it was when we finally found one with an open fire, piping hot beef goulash and draft beer.

February 2003. The only reason to come to this otherwise ordinary little Hungarian town is to see the magnificent Esztergom Basilica. Located on Castle Hill, this is Hungary’s largest church, complete with a seventy-two meter dome, which can be seen for miles around. It’s an invigorating walk up, while inside there’s enough to keep you busy for at least an hour. A chapel on the south side is stuffed full of Italian Renaissance carvings and sculptures, while the treasury houses a rich collection of gold, silver and all manner of jewels. Don’t miss the crypt, where an eerie staircase leads you down to a chamber of tombs and monoliths. Cap your visit off with the four hundred-step climb to the cupola and its outstanding views over the town and The Danube. I can’t believe the above photo is the only shot I took of the basilica.

February 2003. The next morning we took a rusty old bus to the small castle town of Visegrád. Perched dramatically on a hill overlooking The Danube, we made tracks towards Visegrád Castle and its 14th century summer palace. The hike up to the top was tough but undeniably pretty, with its winding stone pathways and section of forest. This commanding row of bronze bells stands at one of the stone archways near the main viewing platform. 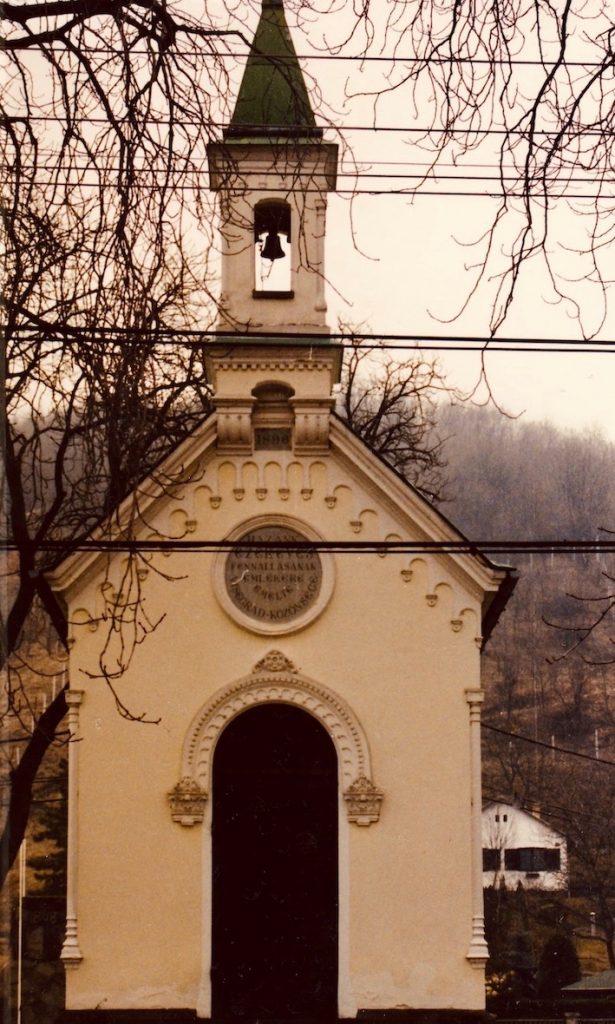 February 2003. We also came across this tiny church, which was sadly locked. I would have loved to have gotten a glimpse inside. 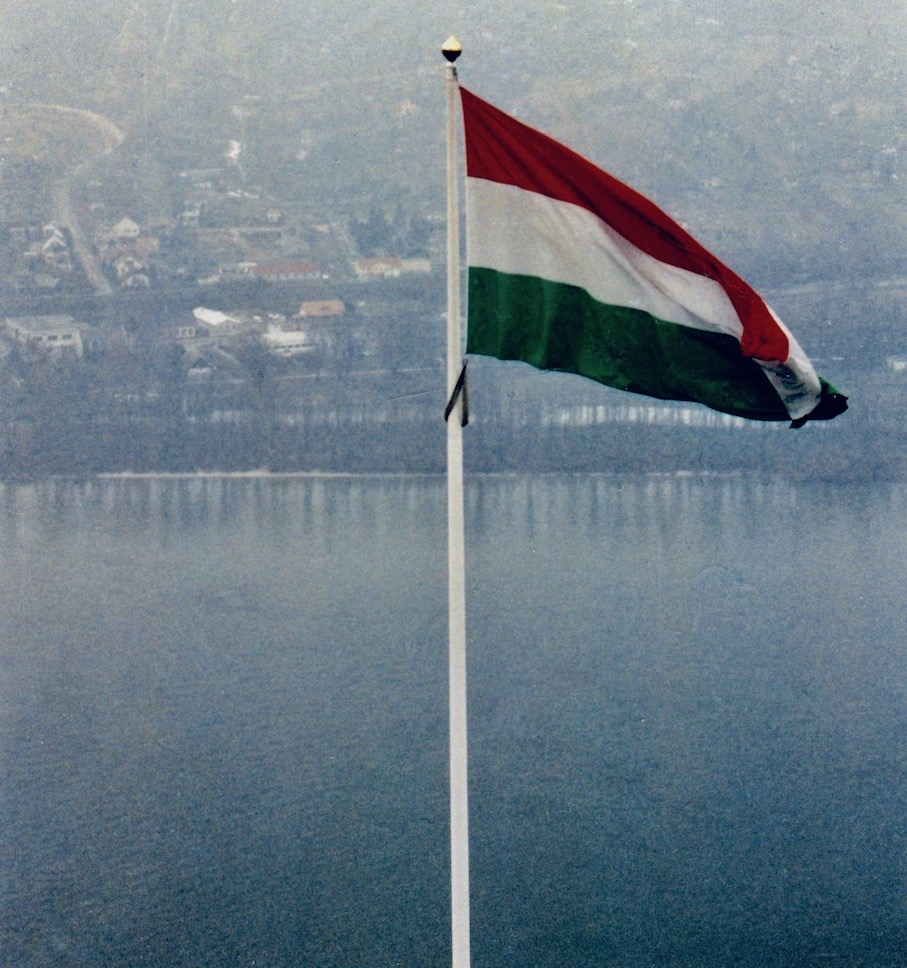 Wintry views over The Danube Bend from atop Visegrád Castle.

February 2003. On a clear and sunny day the views from the top of Visegrád Castle must be breathtaking. But we had to deal with some dense fog that day, so could only just pick out the huddled collection of villages peppered along the riverside. We were the only ones up there, accompanied by nothing more than a lone Hungarian flag fluttering forlornly in the breeze.

February 2003. Our final Danube Bend stop came in the cultural hotspot of Szentendre, an incredibly cute town with cobbled squares, a handful of churches and a sizeable collection of art galleries. There’s even a Marzipan Museum, while Szentendre Island sits right in the middle of The Danube. It was sleepy as hell when we arrived at the height of the off season, though these days online travel advice begs tourists to avoid the summer months and weekends.

To find out about my experiences teaching at the Slovak factory, have a read of my short story: The Last King of Štúrovo.

For more on my adventures in Hungary have a look at my travel report on Budapest. 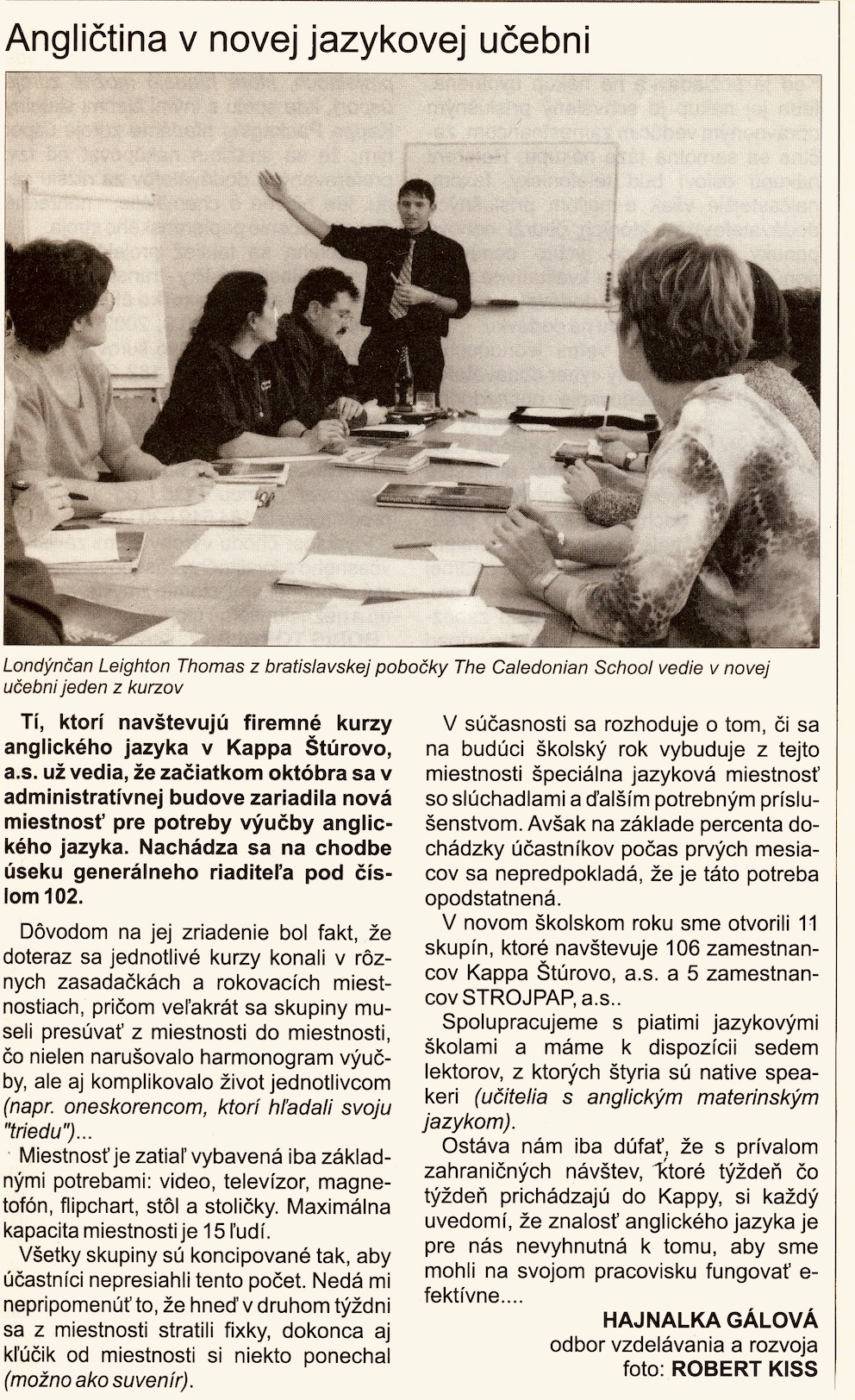 The Last King of Sturovo, a short story from Slovakia.