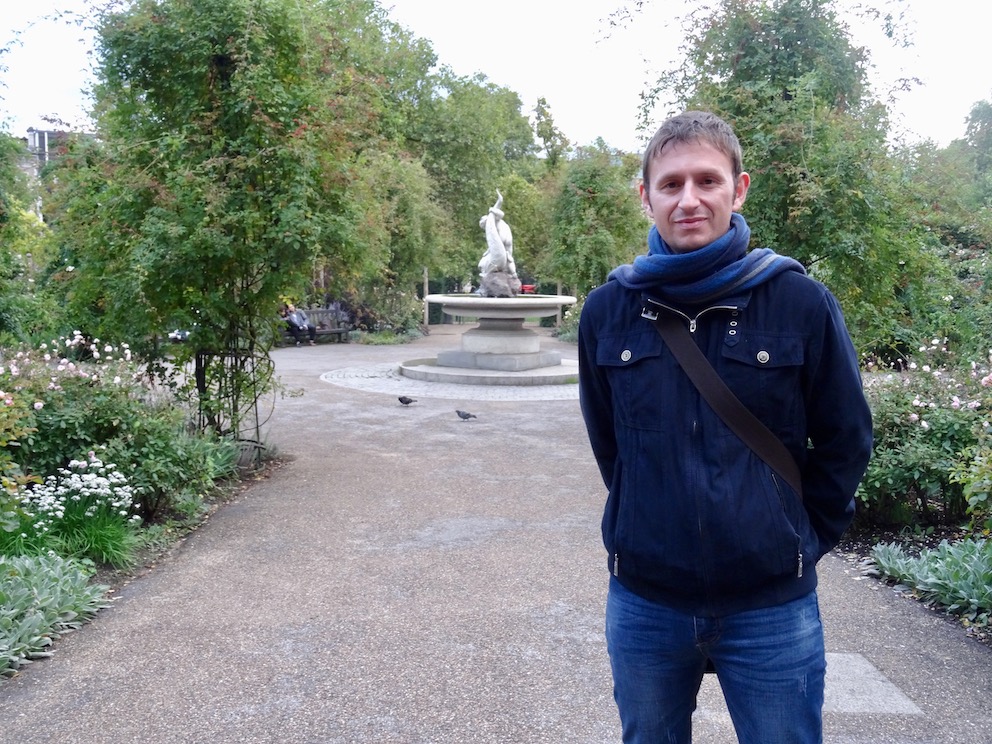 September 2015. Every time I come to London I’m always amazed all over again at just how wonderfully green the city is. Upon my return each year I try to visit a different park and I’m nowhere near getting through everything. Hyde Park is arguably London’s most popular green space and thoroughly manageable at a compact 145 hectares. It was established in 1536 when good old Henry the 8th took the land from Westminster Abbey and basically said, “Cheers, that’s mine now!” Hyde Park subsequently became Henry’s private hunting ground and the venue of choice for high profile executions! It was opened to the public in 1637 and has, over the years, hosted city parades, world exhibitions, political demonstrations and historical rock concerts. The above photo was taken at The Boy and Dolphin Fountain, a marble piece made in 1862 by the English sculptor Alexander Munro, a friend of Alice In Wonderland author Lewis Carroll. 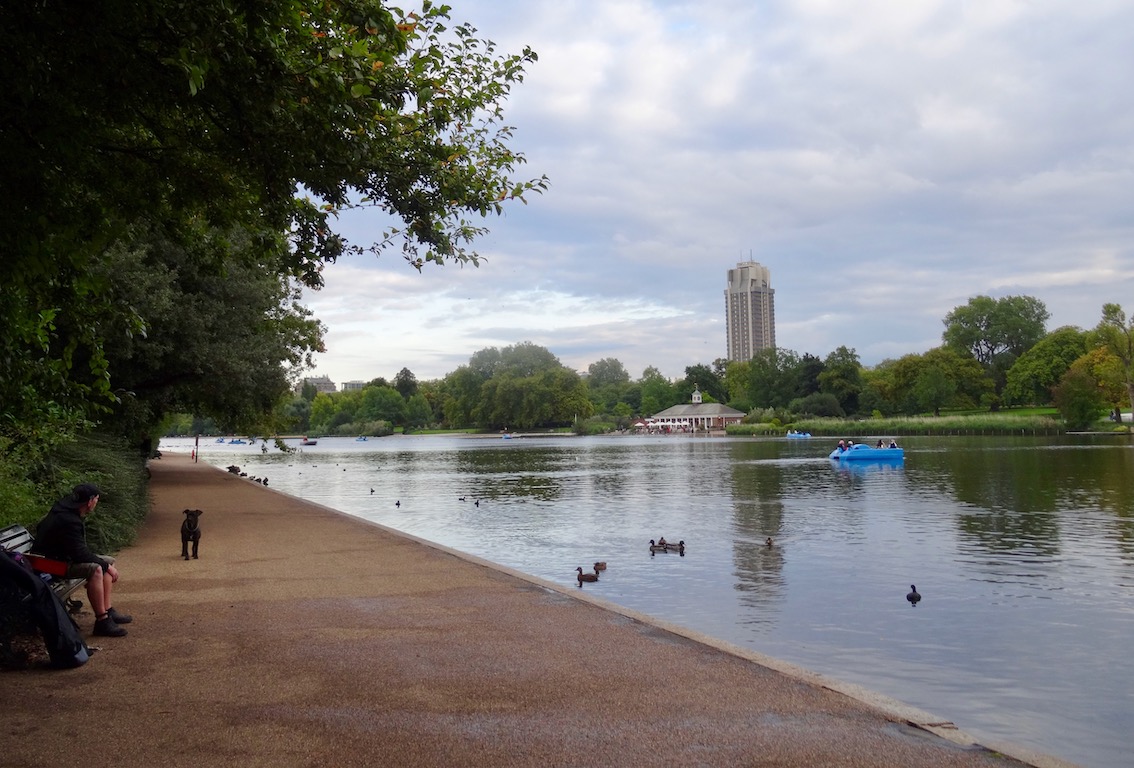 September 2015. The majority of my Hyde Park wanderings that afternoon were spent strolling down Serpentine Lake, a 40-acre stretch of water added to the park in 1730 by Queen Caroline, the wife of King George II. The lake is known as The Serpentine due to its snakelike shape. 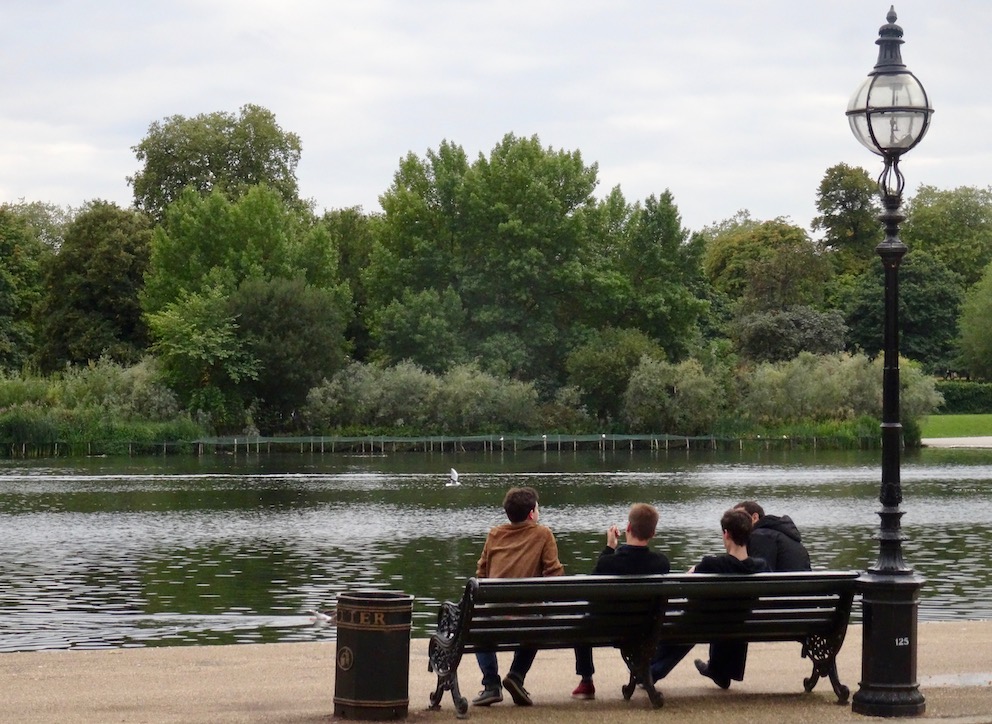 September 2015. You can go boating on Hyde Park’s Serpentine Lake, though there wasn’t much activity on the chilly afternoon of my visit. Back during The London 2012 Olympics, the lake was a venue for the men’s and women’s triathlon and marathon swimming events. It also hosts London’s famous Christmas Morning 100-yard swimming race inaugurated by Peter Pan writer J.M. Barrie in 1913. 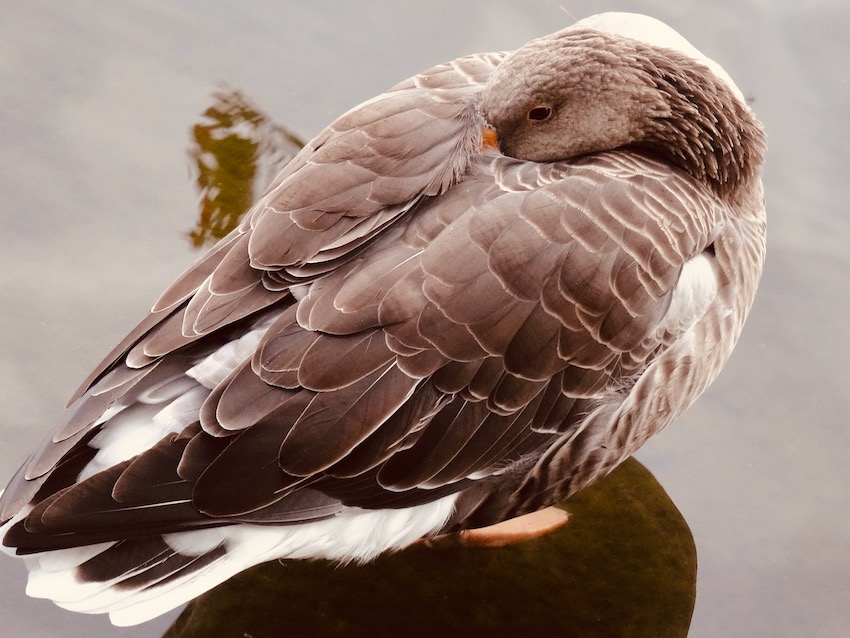 September 2015. Hyde Park is home to some stunning local wildlife, so keep an eye open for the many ducks, swans and grey geese in and around Serpentine Lake. 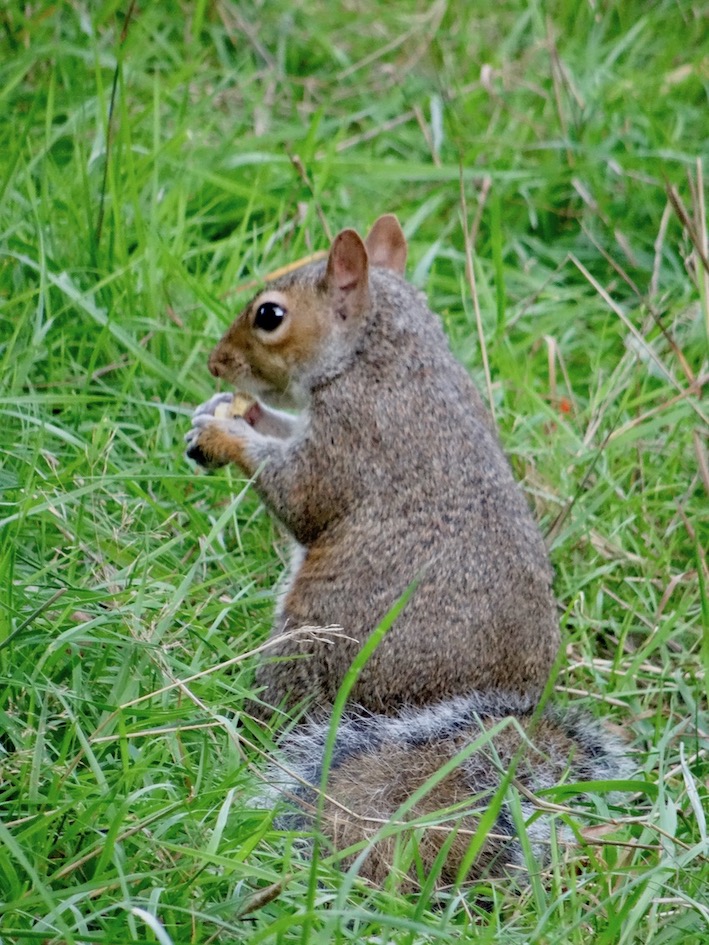 September 2015. It would be virtually impossible to walk through Hyde Park and not see at least a handful of London’s native grey squirrels. Scampering up trees, down drains and across paths, some of them are incredibly tame and will happily hop over to you in the hope of getting fed. 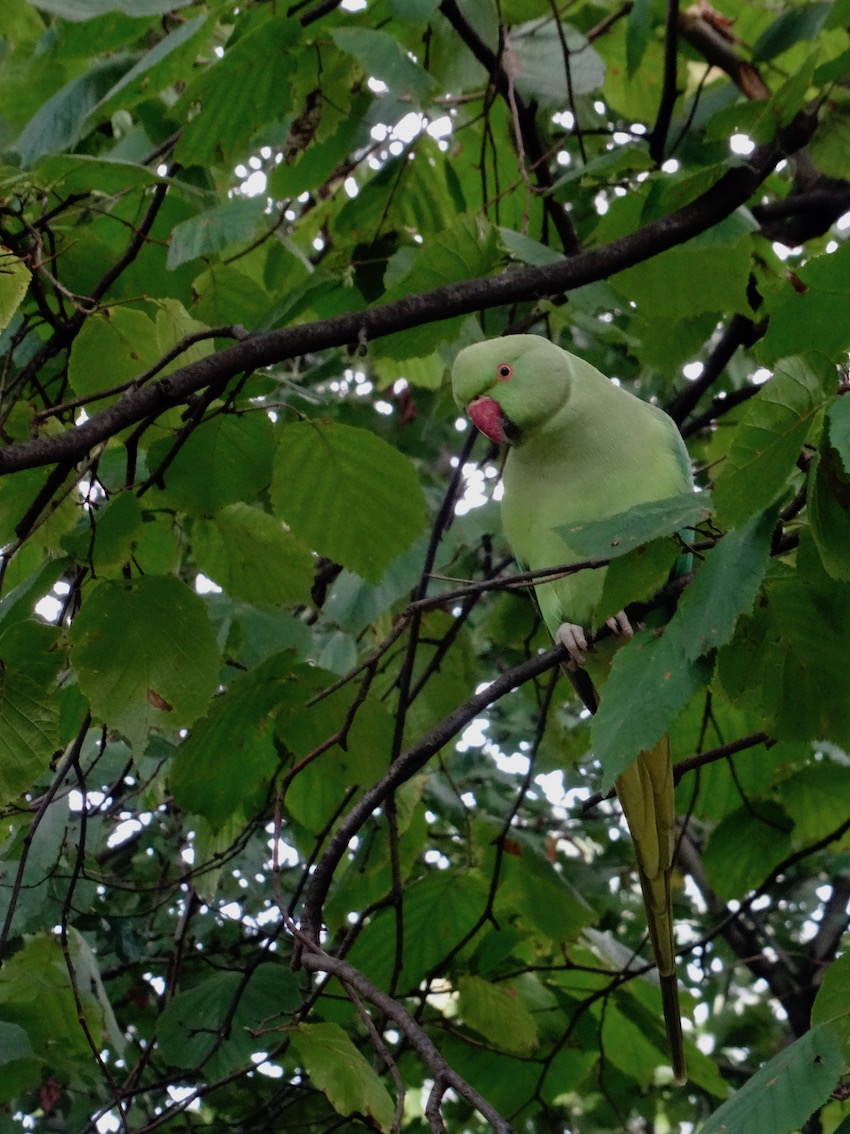 September 2015. Gaze up into the trees to see a few of Hyde Park’s sizeable parakeet community. Like the squirrels there are plenty to be seen and some of them will happily land on your hand if they think there’s food to be had. The breed found here is the ring-necked parakeet, an Indian subspecies. There are some wacky theories as to how they ended up in London’s parks, my favourite being that a bunch of birds escaped from the set of the 1951 movie The African Queen starring Humphrey Bogart and Katharine Hepburn. For more on London’s Parakeets, check out this excellent article from Londonist. 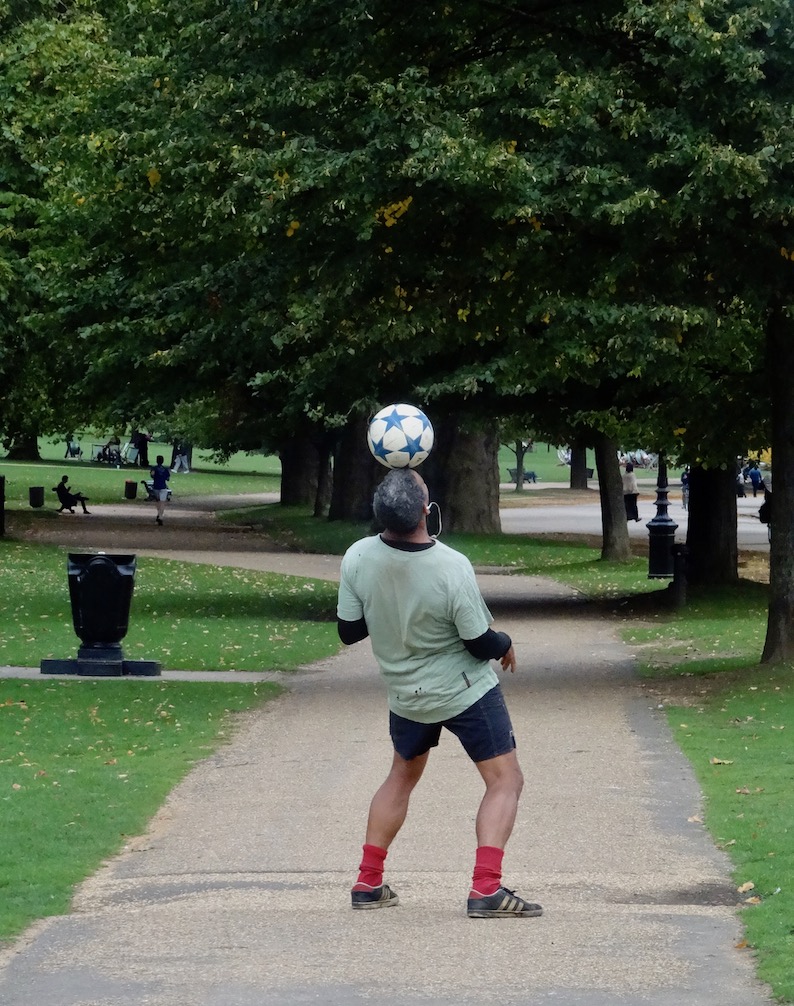 September 2015. Eventually I strayed away from Serpentine Lake and onto one of Hyde Park’s inner paths. It was really quiet that afternoon, just a few bench readers, joggers and this guy perfecting some really impressive football skills. 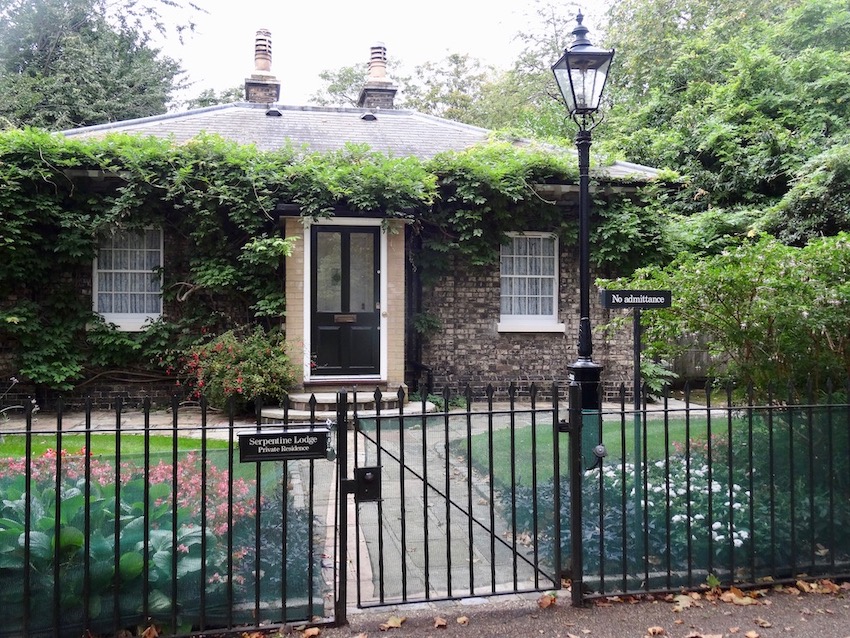 September 2015. Imagine living in the middle of Hyde Park! Well, whoever resides in this amazing little cottage has the pleasure of doing just that! Built in the mid 1830s, Serpentine Lodge is a charming little place that’s been home to a succession of park keepers and their families. Today it’s a grade II listed building and a brief search online shows that it was valued at around £1.5 million back in 2013. 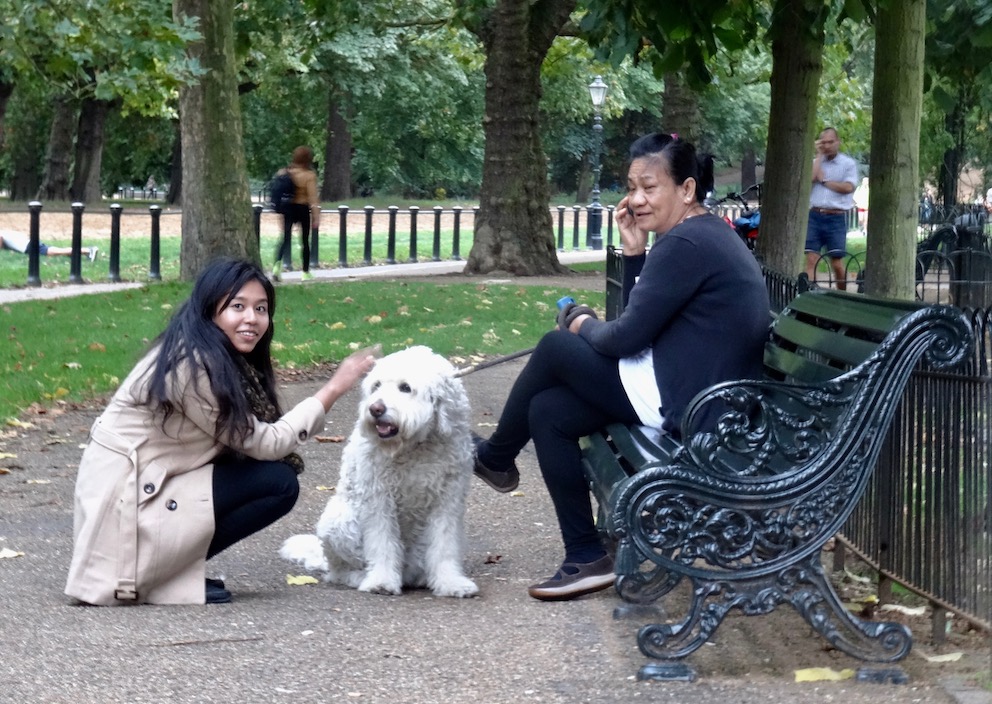 September 2015. London has a reputation for being a hard city, a place where everyone’s in a rush and has no time to talk. But my experiences here have mostly been positive. I got chatting to this Thai woman who was a housekeeper for a rich American family who lived on the edge of Hyde Park. She was out walking Nixon the sheepdog, which seemed a leftfield choice of name if one opts to go down the ex president route. In any case it was fun to chat with her and she gave us a few interesting anecdotes from her time working for Mr. & Mrs. Moneybags. 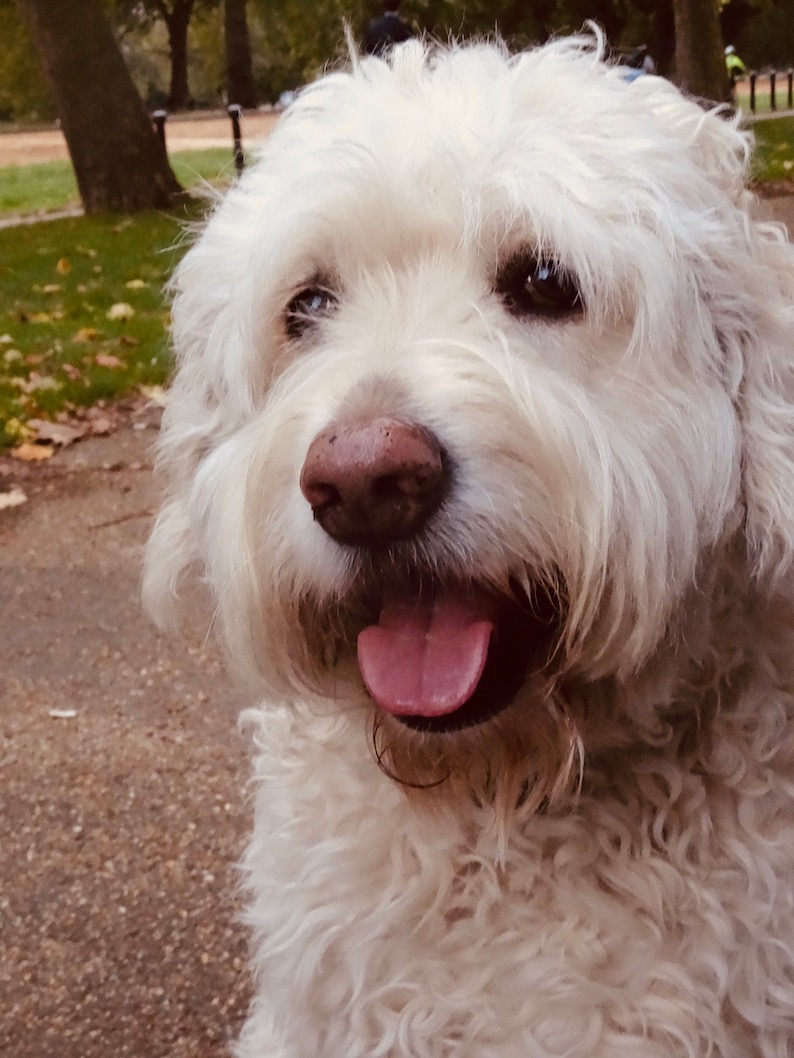 For more on London’s wonderful green spaces, have a look at my pieces on Greenwich Park, Hampstead Heath, Regent’s Park and Tooting Bec Common.