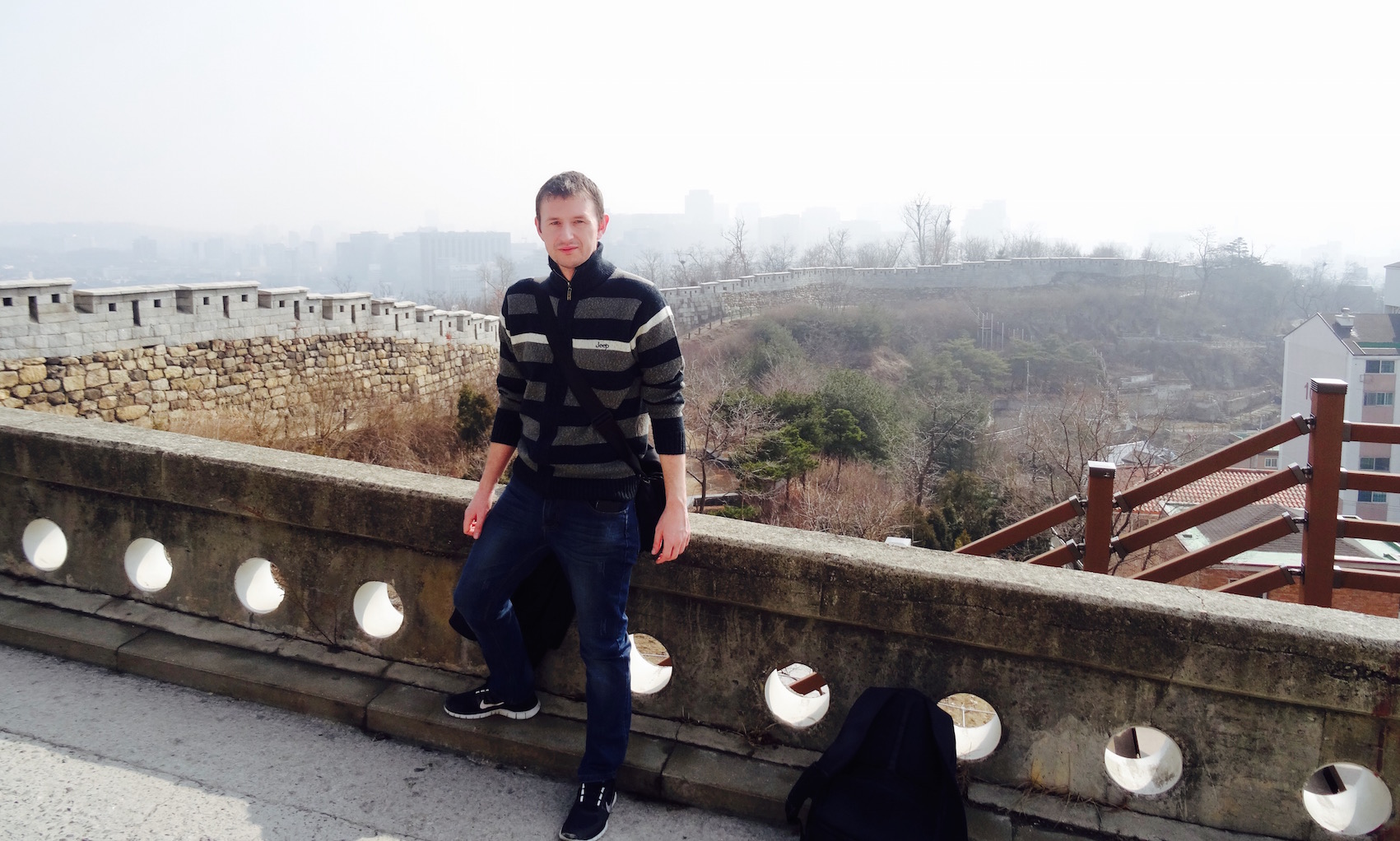 February 2015. One of the many highlights of my week in Seoul was an invigorating hike up Ingwangsan, a 338-meter mountain with a handful of impressive granite peaks. There are several routes up to the top, but my hike followed The Mountain Road Route, a stone path that runs alongside a snaking section of the city’s old fortress walls.

February 2015. I was lucky enough to have three guides that day, a trio of friends-of-a-friend Americans who lived in Seoul where they taught English. I’ll always be grateful to Jacob, Bra Non and Connect for showing me the way, leading me to the best views and pointing out so many cool points of interest I’d have otherwise missed.

February 2015. The climb up Ingwansan is all about those views! It always seems to be a hazy day when I take on Asian mountains and so it also proved on that fresh February morning. At various points along the route you’ll get treated to choice angles of Seoul’s urban sprawl, Seodenumn Prison, the opposing form of Bugaksan Mountain (much more touristy apparently) and the sky-piercing Seoul North Tower.

February 2015. Ingwansan is also the place to come for the best aerial views of Seoul’s famous Blue House (Cheong Wa Dae). This is where the Korean president lives and back during my visit the hot seat belonged to the controversial Park Geun-hye. Just over two years later she was impeached and forced out of office following an abuse of power scandal that included bribery, coercion and the leaking of government secrets.

February 2015. This last shot turned out so hazy I needed a filter to do it any kind of justice. It might just be my favorite aerial photo from that day as it shows the route we took on our way up and how the old fortress wall twists and turns all the way down to the residential streets at the foot of the mountain. Another great day for the LL memory bank!