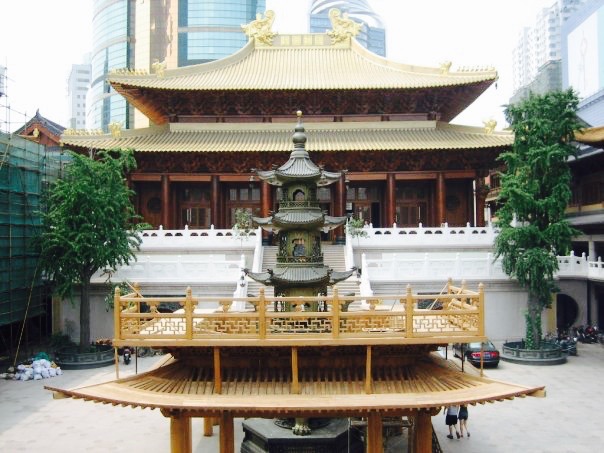 August 2009. If like me you’ve spent a fair amount of time exploring Asia, you’ll know that there comes a moment when you get all templed out. So by the time I rolled up in Shanghai I decided to limit my temple explorations to the charms of this A-list structure on West Nanjing Road. Welcome to Jing’an Temple Shanghai! 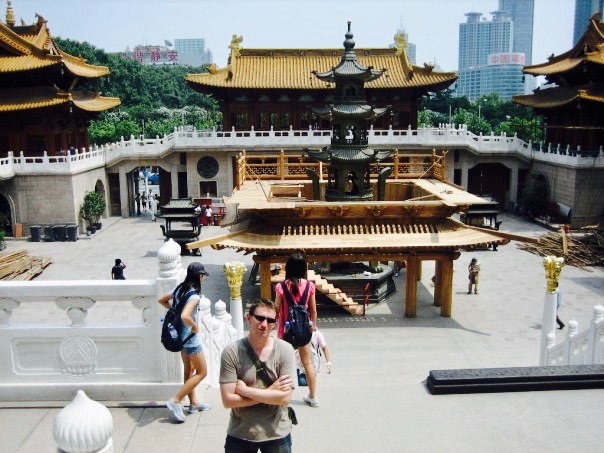 Dating back to AD 1216, the temple got all but completely destroyed by a fire in 1972. After a full restoration, it reopened in its current form in 1990. 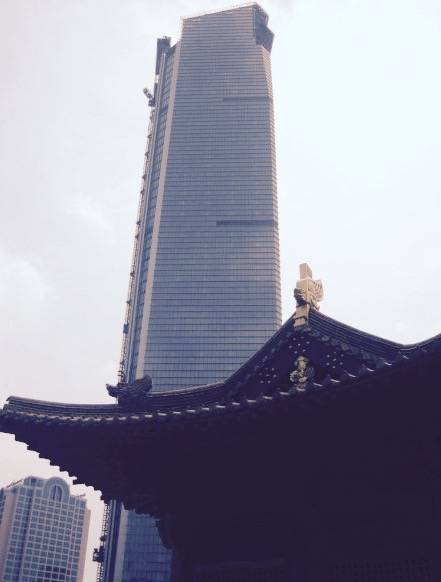 Jing’an Temple’s location definitely stands out. Surrounded by cloud-piercing skyscrapers and fancy shopping malls, it seems to exist in defiance of China’s relentless modernisation. The tinkling wind chimes, burning incense and praying Buddhists to be offset by a soundtrack of blaring car horns and crunching construction. 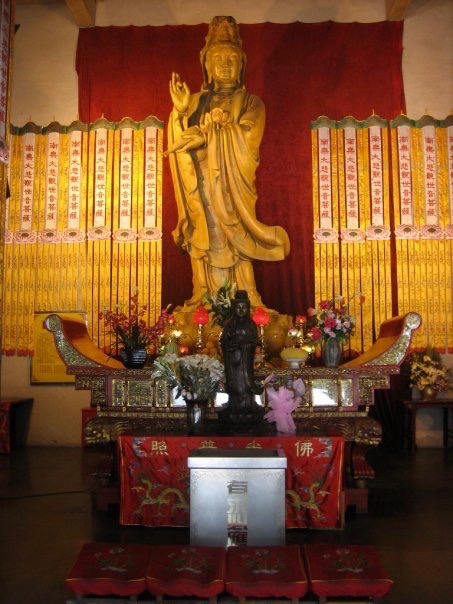 Chiefly assembled from Burmese teak, Jing’an Temple is a pretty structure featuring three main halls. This eight-meter statue of Buddha dominates Mahavira Hall with its 46 pillars, while the 5 tonne Guanyin Statue is the main feature of Guanyin Hall, carved from a 1000-year-old camphor tree. 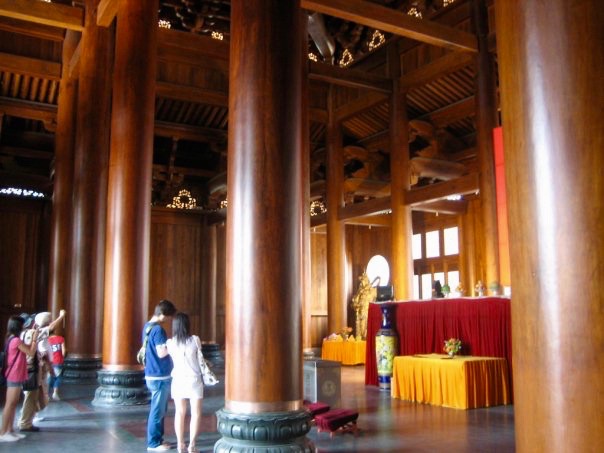 It was a mercifully quiet day when I visited Jing’an Temple, hence I could enjoy the complex at our leisure. However, it would also be cool to come here during one of the many festival days, such as the annual temple fair held on the eighth day of lunar April. 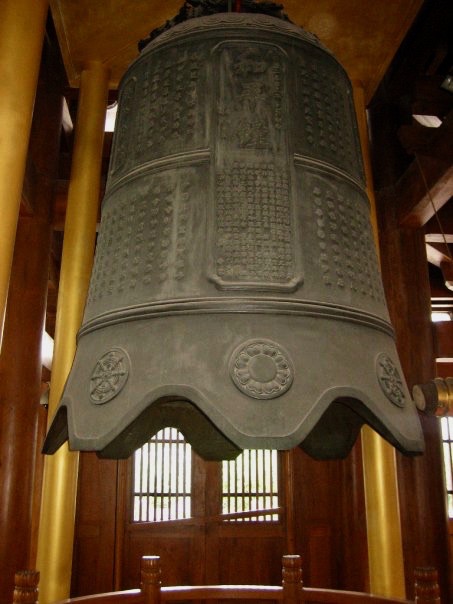 Jing’an Temple’s huge Ming Dynasty copper bell weighs three and a half tons! Moreover, the legend goes that it brings good luck to anyone who touches it. But in March 2017 the bell brought one woman some seriously bad luck when it fell onto her as she stood under it for a photo. Pinning her to the floor and crushing her leg, she was eventually freed and rushed to hospital for emergency surgery!

Like this? Then have a read through more of my articles from Shanghai.

I’ve also written a zillion other travel reports from all across China.