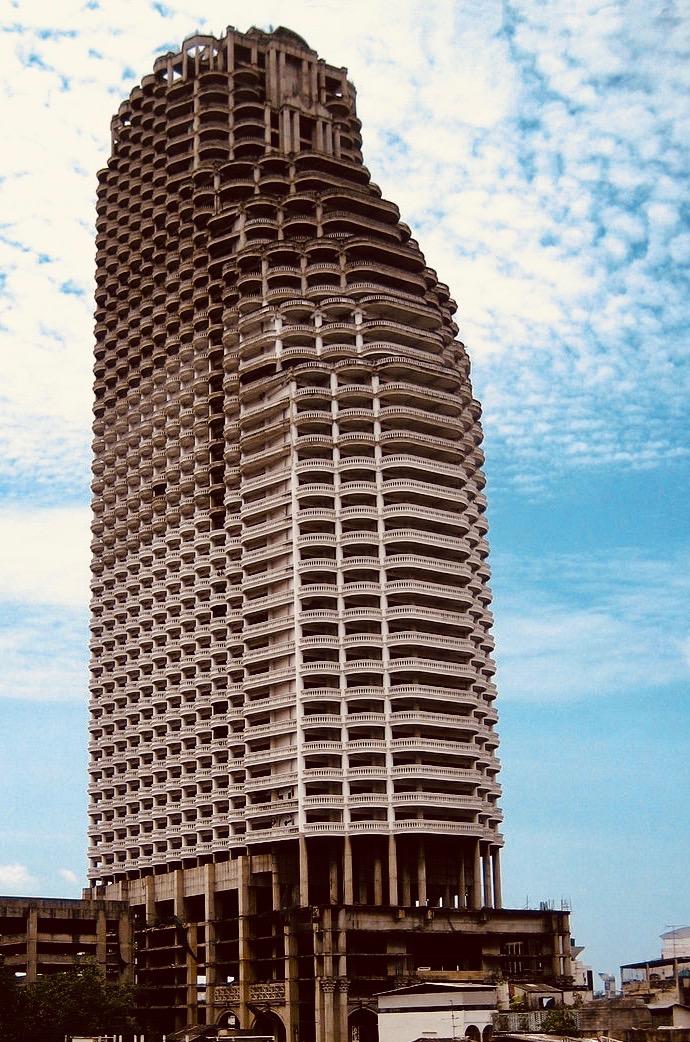 April 2015. I was having breakfast in the hostel one morning when I overheard an American guy telling a mousey South African about his top picks in Bangkok. “Dude, you haven’t done The Ghost Tower?” he exclaimed, a forkful of egg suspended at the entrance to his mouth. “Dude… The Ghost Tower!!!” So I listened in and learned about this abandoned skyscraper near Saphan Thaksin BTS metro station. It was supposed to have become a five-star hotel, but the company had run out of funds mid-construction. “You can’t miss it”, said America, giving South Africa the street address, “big-ass Coca Cola poster!”

April 2015. I ended up going to see it for myself a few days later with an Australian guy called Damo. Everything Mr. America had promised turned out to be spot on, from the entrance door in the trash dump of a car park to the sleazy Thai gatekeeper charging a modest fee in exchange for access to the stairs. “You will only find suffering here!” stated the blood-red graffiti on that first staircase. Happily our climb up turned out to be violence-free. This shot was taken on the 15th floor with its rubbish-strewn rooms and crumbling balconies.

April 2015. We never knew what we were going to find on each floor! A broken toilet, some lead piping, a rotting sofa and piles of shattered beer bottles. But all the while the views of the city got more and more impressive as we ascended. This Japanese photographer was chilling on the 27th floor with his tripod waiting for sunset. The open balcony had no protective rail whatsoever, just a wide, open drop down to oblivion.

April 2015. I was knackered by the time we reached the 47th floor summit. There were maybe a dozen or so people up there on the open roof setting up their cameras, picnicking and admiring the panoramic. The perfect time then for Damo and I to crack open the beers we’d brought with us and soak up those late afternoon Bangkok views.

April 2015. The city was gorgeous that evening as the sun set over the high-rises. Unbeknown to me there had been a major crackdown on preventing people from accessing the tower just a few months before after a Swedish man was found hanged on the 43rd floor. It was believed to be suicide. These days I’m reliably informed that it’s much more difficult to gain access.