March 2004. It damn near broke my heart when I went back to my photos from the Indian city of Udaipur. It’s an incredibly romantic place and I have magical memories from my time here wandering its crooked market streets. I can’t believe just how few photos I actually took, never mind the quality, among the poorest of my twenty-year back catalogue. In any case I just about managed to scrape some shots together in order to add this report to the LT library. The above photo takes in the crumbly entrance gate to Lal Ghat, Udaipur’s lively ghetto-esque backpacker district of budget hotels, rooftop restaurants and handicraft shops. I’d been fumbling with my camera like the amateur I was when, seemingly out of nowhere, an elephant came plodding around the corner and through the archway.

March 2004. Udaipur’s three-storied Jagdish Temple dates back to 1651 when it was erected by the city ruler Maharana Jagat Singh. Dedicated to Lord Vishnu, the preserver of the universe, the main shrine sits atop a 32-step marble staircase. Look out for the brass sculpture of Garuda, a half-man, half-eagle creature seemingly guarding the four-armed black idol of Vishnu.

March 2004. Much of Udaipur’s romanticism comes from the city’s shimmering Lake Pichola, an artificial freshwater lake constructed back in 1362. Framed by the handsome Aravalli Hills and home to some of the city’s most impressive monuments and royal palace buildings, much of my time was spent wandering around the lake.

March 2004. An essential component of any Udaipur stay is to take a boat tour around Lake Pichola. Back in my day there were only a few operators and the whole thing was very laid back. Today there’s a glut of cruise companies and, depending on your budget, the whole affair can get as luxurious as you like. thewanderingquinn.com has an excellent article on Lake Pichola and its surrounding attractions.

March 2004. My boat tour all those years ago included a stop at Jagmandir Island, home to the seventeenth century Lake Garden Palace with its cosy museum and an ornate bluestone tower, Gol Mahal.

March 2004. I was able to pay a small entrance fee to enter the island gardens. Today the place is home to Jagmandair Island Palace Hotel, with seven luxury hotel rooms and a glitzy spa. A quick search online reveals nightly rates of over $300 a night, inclusive of breakfast. Read it and weep with availability and prices through Agoda.

March 2004. Udaipur’s number one draw is the crumbling grandeur of The Monsoon Palace (Sajjan Garh), a dilapidated but highly charming ancient residence that has the best views over the entire city and lake. Perched atop a piercing section of the Aravalli Hills, half the fun is getting up here in a rickshaw. The hill and palace feature in the James Bond movie Octopussy and indeed much of the city’s restaurant scene revolves around Udaipur’s special 007 connection. Looking at this photo makes me happy and sad at the same time. It was such a wonderful trip, but I’ve got to go back one day, do the place justice and share the results. For more on The Monsoon Palace, Atlas Obscura has a cool overview.

For a more detailed and personalised spin on my Udaipur adventures, have a read of my short story Octopussy, taken from my collection Incidents in India.

Like this? Check out plenty more travel reports from my long ago trip to India. 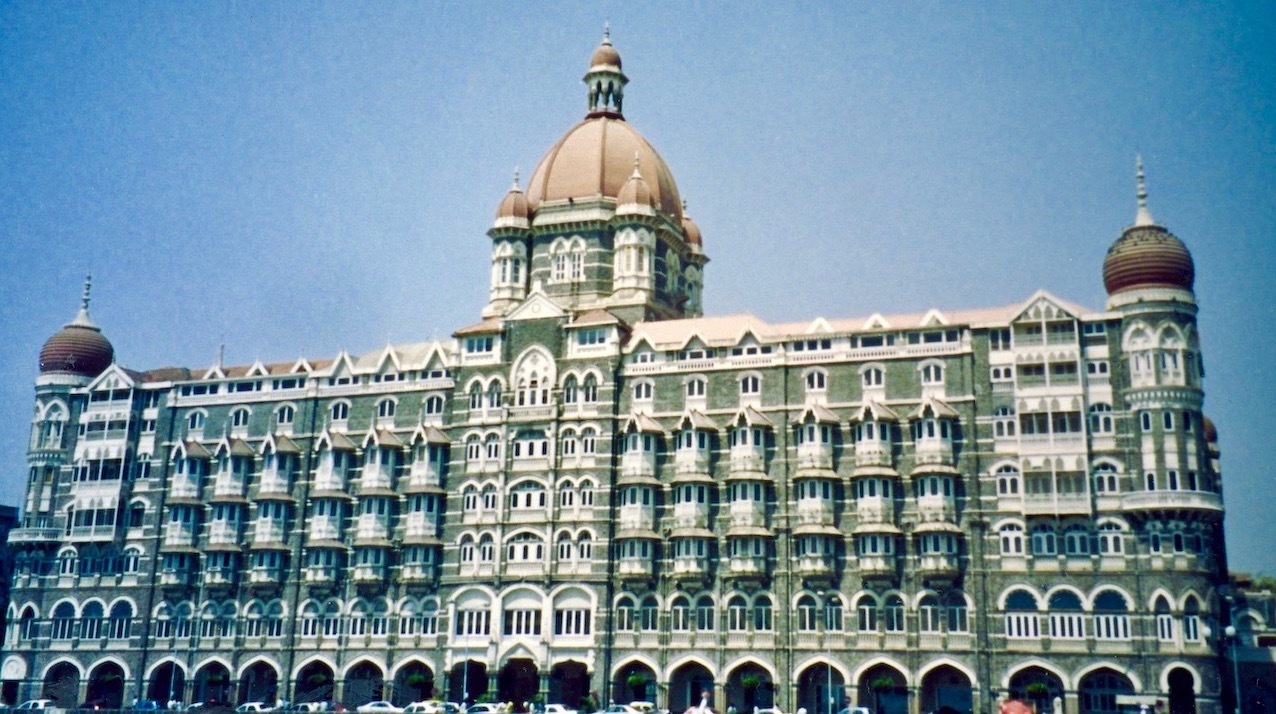