May 2007. When I excitedly told a friend of mine that I was going to “music city” he pointed out that although Nashville would definitely be a cool trip, it was ultimately “the wrong kind of music” on offer. A bit cheeky perhaps, but he did have a point. I’ve never been much into country music, certainly not the soulless, cookie cutter modern variety that Tom Petty once described as “bad rock with a fiddle”. But at the time of my visit I was getting into Johnny Cash, Elvis and Roy Orbison among others. So instead of heading straight for the city’s Country Music Hall of Fame, I found myself prioritizing Studio B, one of America’s most hallowed recording studios.

May 2007. Branded as “the home of the Nashville sound”, Studio B is where Elvis Presley recorded no less than 260 songs. More often than not one of these tracks will be playing as you enter the building and make your way into the exhibits. On the day of my visit it was Are You Lonesome Tonight?

May 2007. Studio B opened on October the 29th 1957 in Nashville’s Music Row and, at the time, was hailed as one of the most hi-tech recording studios in The United States. Closing its doors in 1977, today it chiefly sits as a museum, although in recent years a handful of artists have been invited to come here to lay down tracks. A wander through the main gallery enlightened me to the fact that more familiar names had woven their magic here, such as The Everly Brothers, Dolly Parton and Waylon Jennings.

May 2007. It was really cool to come face to face with one of the old recording consoles. This is where legendary producer Chet Atkins presided as chief string-puller for hundreds of hit songs. Our studio B chaperone virtually insisted that my buddy Jon and I do the cheesy photo thing.

May 2007. A shiver ran down my spine when I got to sit down at the so-called Elvis Steinway Piano in the main studio hall. Built in New York City’s Steinway Factory in 1942, this was the king’s favorite piano and the very one used on a number of tracks with famed pianist Floyd Cramer. 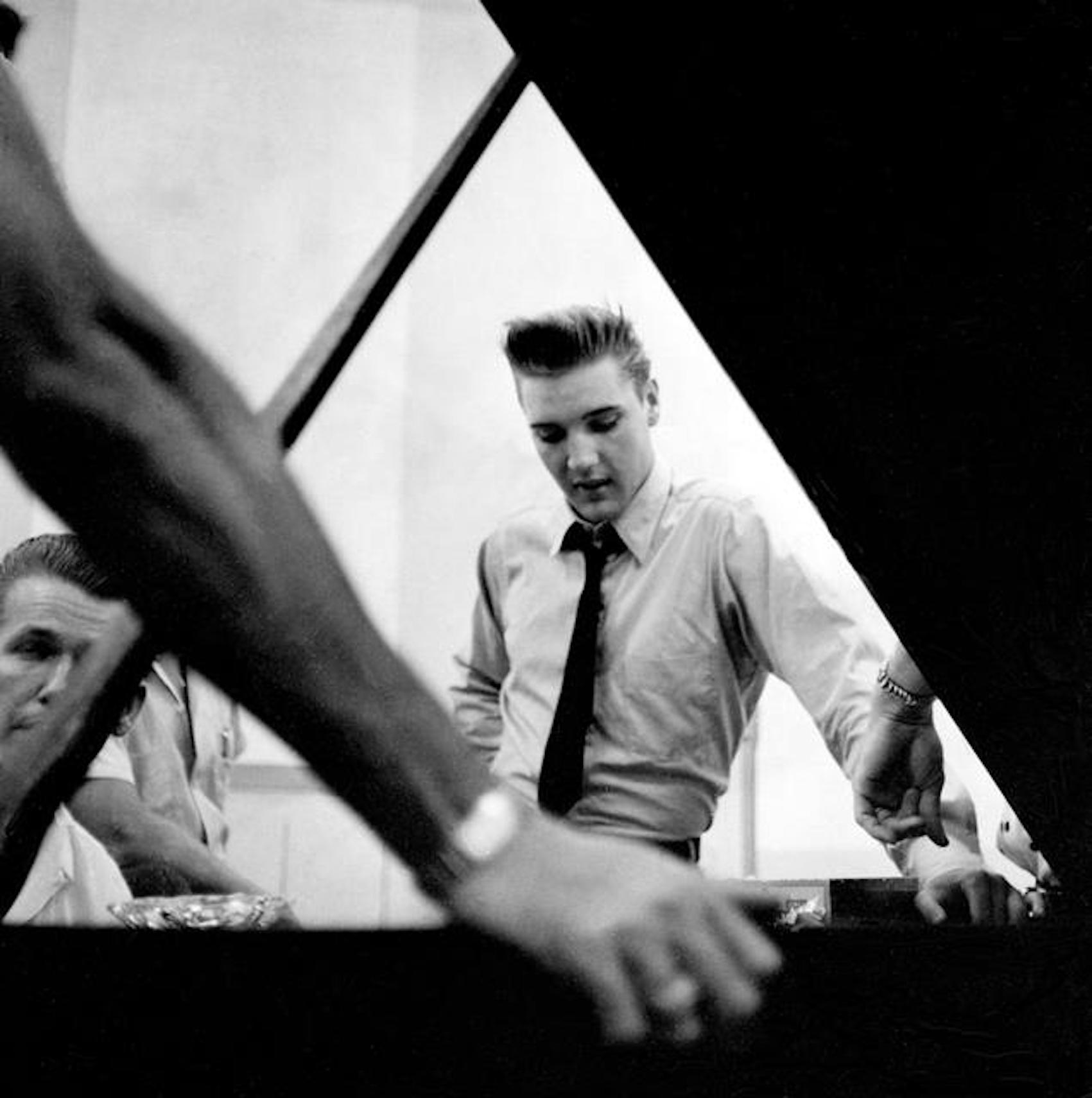 It was also right here in Studio B that I first heard his tune Little Sister, which is probably my favorite Elvis track. Located on the corner of 17th Avenue South and Hawkins Street, tours here can be taken daily between 10:30-14:30. It’s essential to book ahead and there’s a glut of online operators who will come and pick you up from your city residence as part of the deal. Shop around, most of these tours are combo tickets paired up with a visit to The Country Music Hall of Fame.

Or maybe delve further afield with a whole bunch of pieces from all across The United States.