May 2009. Lo and behold Nashville’s striking albeit kooky Batman Building, a cheeky reference to the skyscraper’s resemblance to the caped crusader’s signature mask. Built in 1994 on a design from Earl Swensson Associates Inc., this 33-story building is not only the tallest in Nashville, but in all of Tennessee. During my visits to Music City its official name was the BellSouth building, though nowadays it’s known as the AT&T Building to reflect its current residents. I wish I’d known that there was a lush, temperature-controlled three-storey garden inside, as I would have gone in for a look.

May 2007. This next one isn’t going to make anyone’s top Nashville spots but mine… and perhaps the people that now live there. 2229A Blair Boulevard was my home from home during my visits here in 2007 and 2009 to see my buddy Jon. I loved the big creaking floorboards, I adored the porch and it was fun hanging out in the garden drinking beer and looking for possums. And I never got bored of checking out all the little details in Jon’s collection of brilliantly handmade contraptions.

May 2007. I couldn’t have done this article without sticking in one of Nashville’s legendary record shops, a dying breed in this digital age. The really famous one in town is Ernest Tubb Record Shop, but I found myself much more taken with Lawrence Record Shop on 409 Broadway. They had such an extensive collection of vinyl it made me wanna buy a turntable and haul a handful of albums under my arm.

May 2009. A special word goes out to Sam’s Place, a sports grill joint that was Jon’s choice watering hole back in those days. Sam’s has a bunch of bars around Nashville and the one I hung out at was in the Hillsboro Village neighborhood, now sadly closed. I remember there always being a positive vibe, with excellent bar food served by ridiculously attractive women dressed up in sports gear. For some odd reason my defining memory is of myself and The Steves getting whipped up into a frenzied debate with one of Jon’s buddies on all things USA versus UK.

Scott: You guys and your soccer… fifty pounds a ticket and at the end of game it’s 0-0!!!! Here we got REAL sports, like basketball.

Steve C: In the UK it’s called netball and it’s played by girls.

Scott: We got American football!

Steve P: Yes… we call it rugby and we don’t bother with the helmets and shoulder pads! 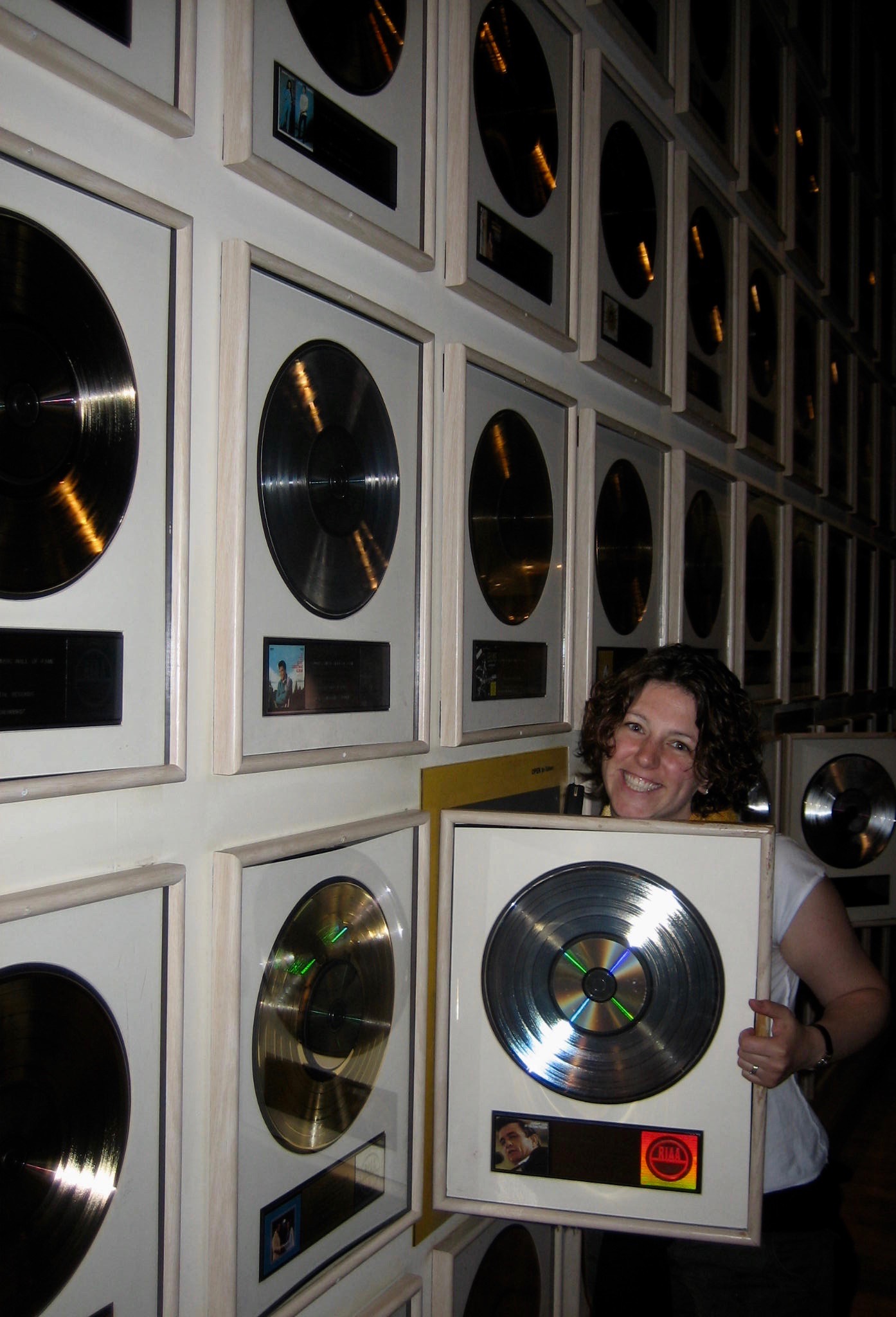 May 2007. Last but not least is The Country Music Hall of Fame. I think if you’re in Nashville you gotta go… even if you’re as apathetic about country music as I am. The place is absolutely massive… so I was able to skip a lot of it and seek out the bits I really wanted to see, like the stuff on Johnny Cash, Gram Parsons, Patsy Cline, Emmylou Harris and Dolly Parton. Coming face to face with Elvis’ gold Cadillac was quite a moment and then there’s the colossal, two-story record room, which is literally plastered from head to toe with gold and platinum records. The museum is open daily from 09:00-17:00. Adult tickets are priced at $25.95, $15.95 for kids.

Or maybe delve further afield with a whole bunch of pieces from all across The United States.