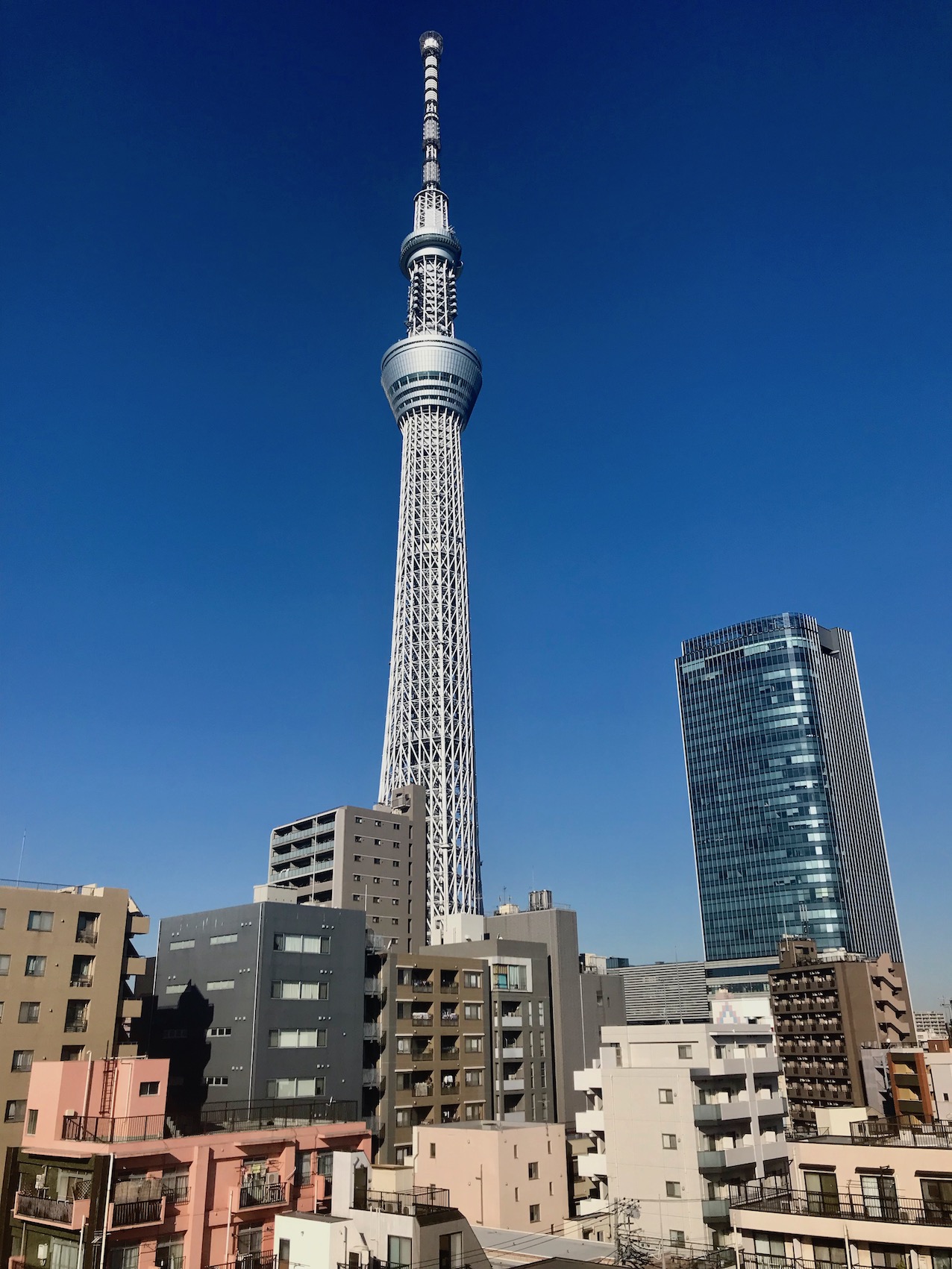 February 2019. Lo and behold the almighty, soaring, omnipresent TV broadcasting tower, Tokyo Skytree! This is the capital’s undisputable city landmark and the tallest structure in Japan (634 meters), not to mention the second highest skyscraper in the world at the time of its completion back in May 2012. Located just around the corner from my digs, the excellent Oak Hostel Sakura, The Skytree was pretty much the first thing I saw when I stepped out of Oshiage Skytree Subway Station on my first night. 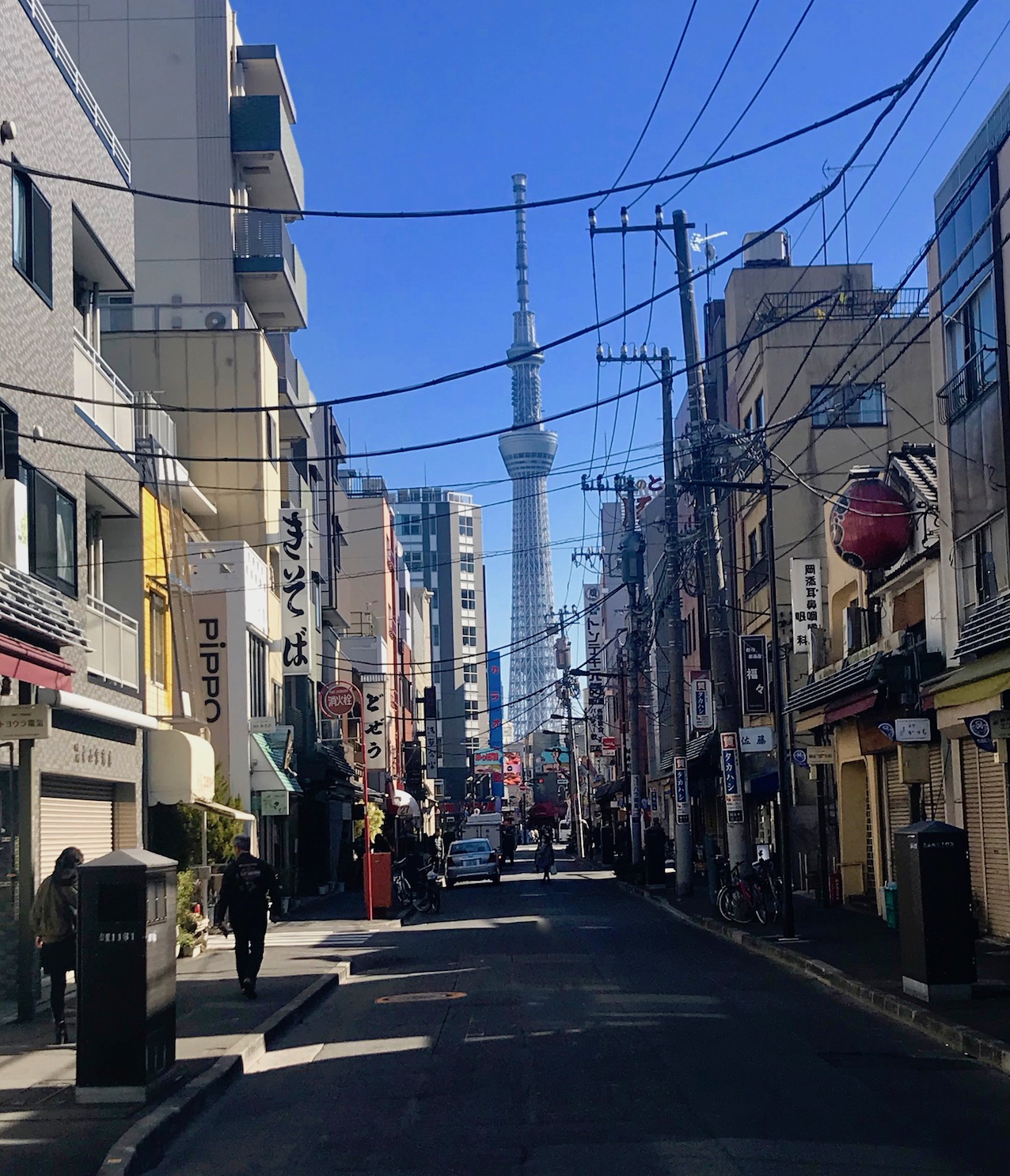 February 2019. Over the next thirteen days I was never too far it seemed from Tokyo Skytree’s authoritative glare. It was hovering over my shoulder as I made my way to breakfast one morning in Asakusa and sprouting forcefully out of the horizon from Sensoji Temple. There were unexpected angles of its viewing decks and spire between the tower blocks of Akihabara Electric Town and it even held court over a quiet side street as Wonderboy and I made our way to an unforgettable morning of live Sumo. 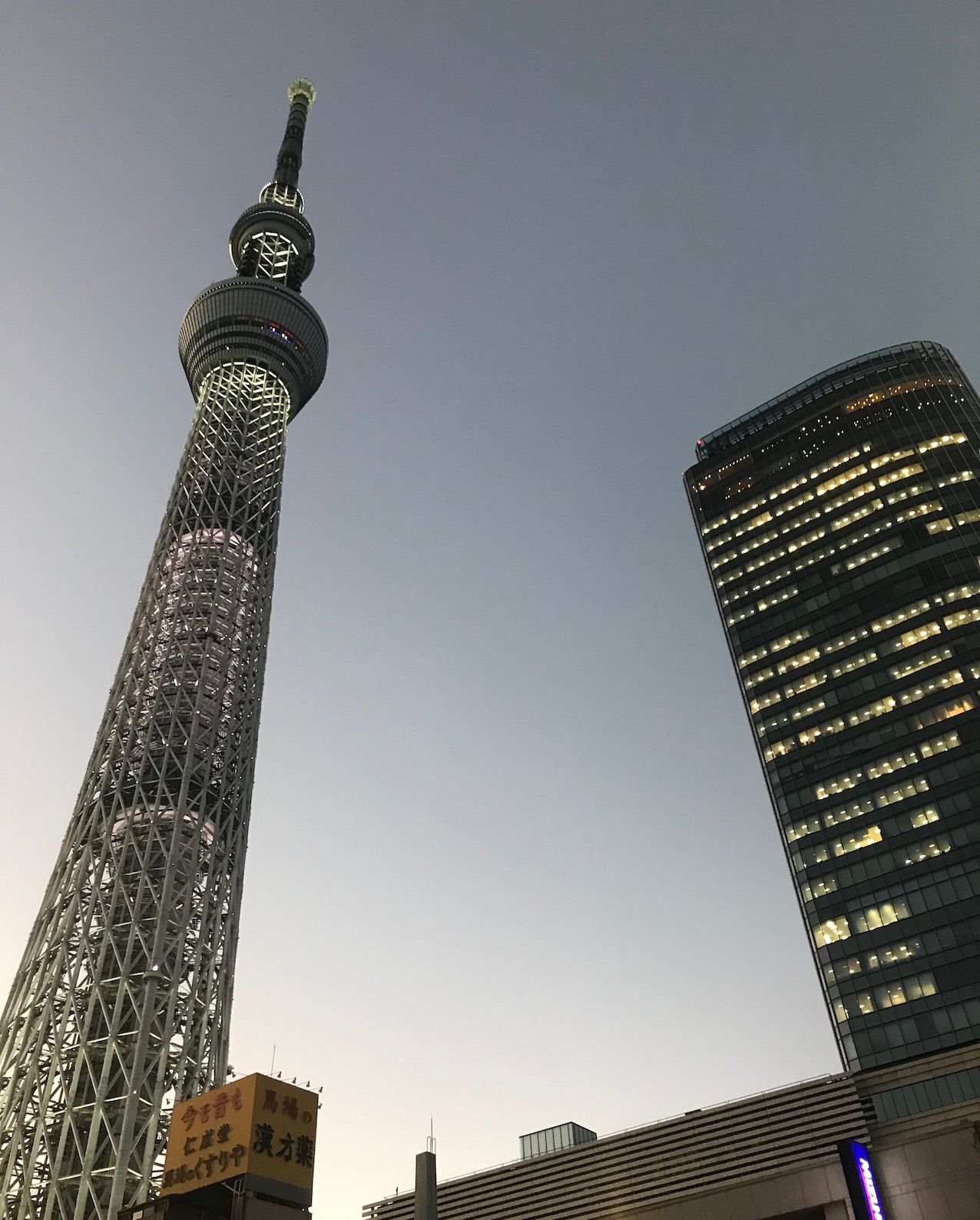 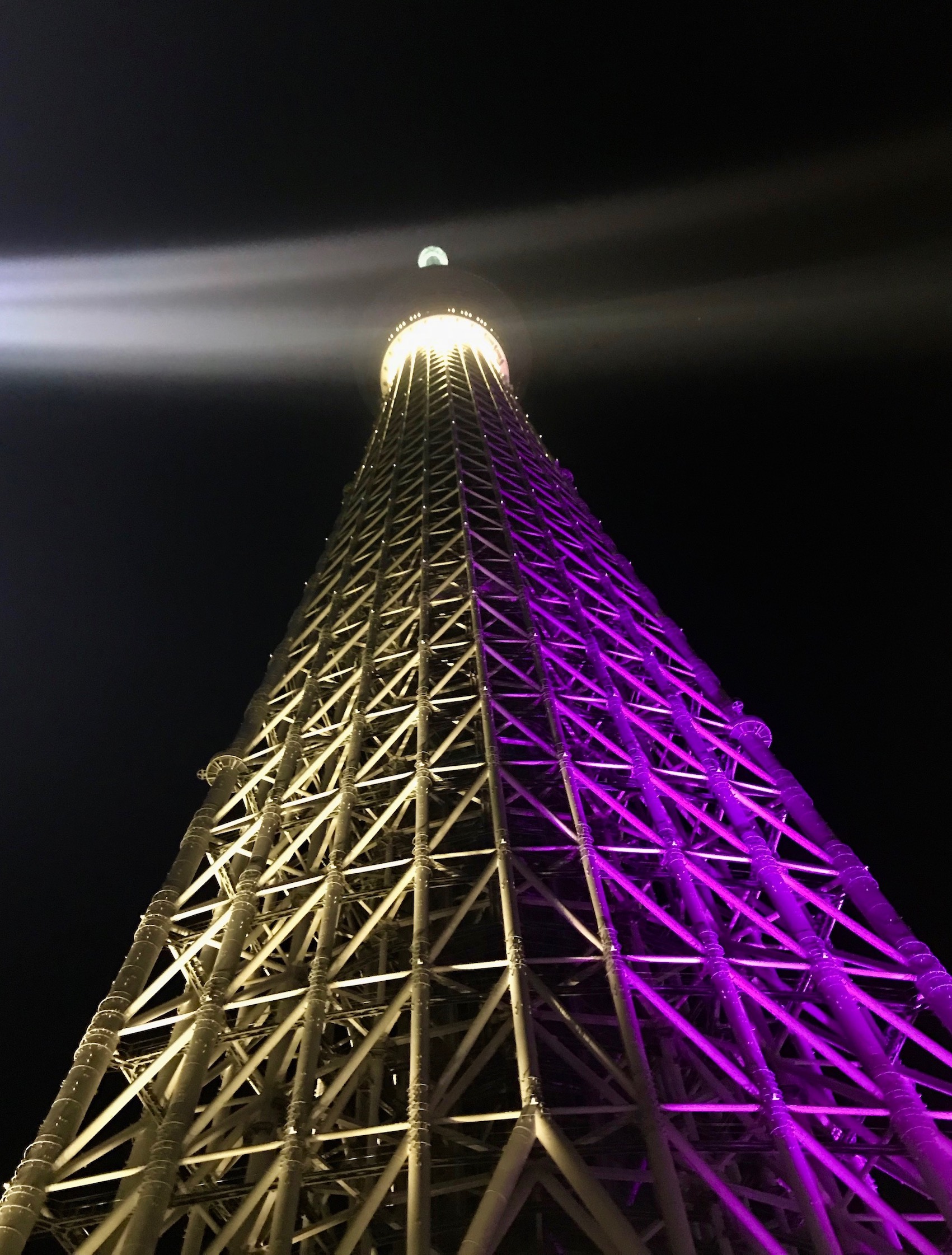 February 2019. If Tokyo Skytree were the only show in town when it comes to amazing city views then fair enough, we’d probably have paid the money. But in actual fact there’s a similarly brilliant panoramic to be enjoyed from The Tokyo Metropolitan Government Building and… guess what… it’s free! So we resolved to do the smart thing on a trip that was already costing us an arm and a leg. As it turned out we didn’t even make it to The Metropolitan as the views from our suite window at Park Hyatt Tokyo were so stupendous it made a visit to any of the city’s observation decks totally redundant! 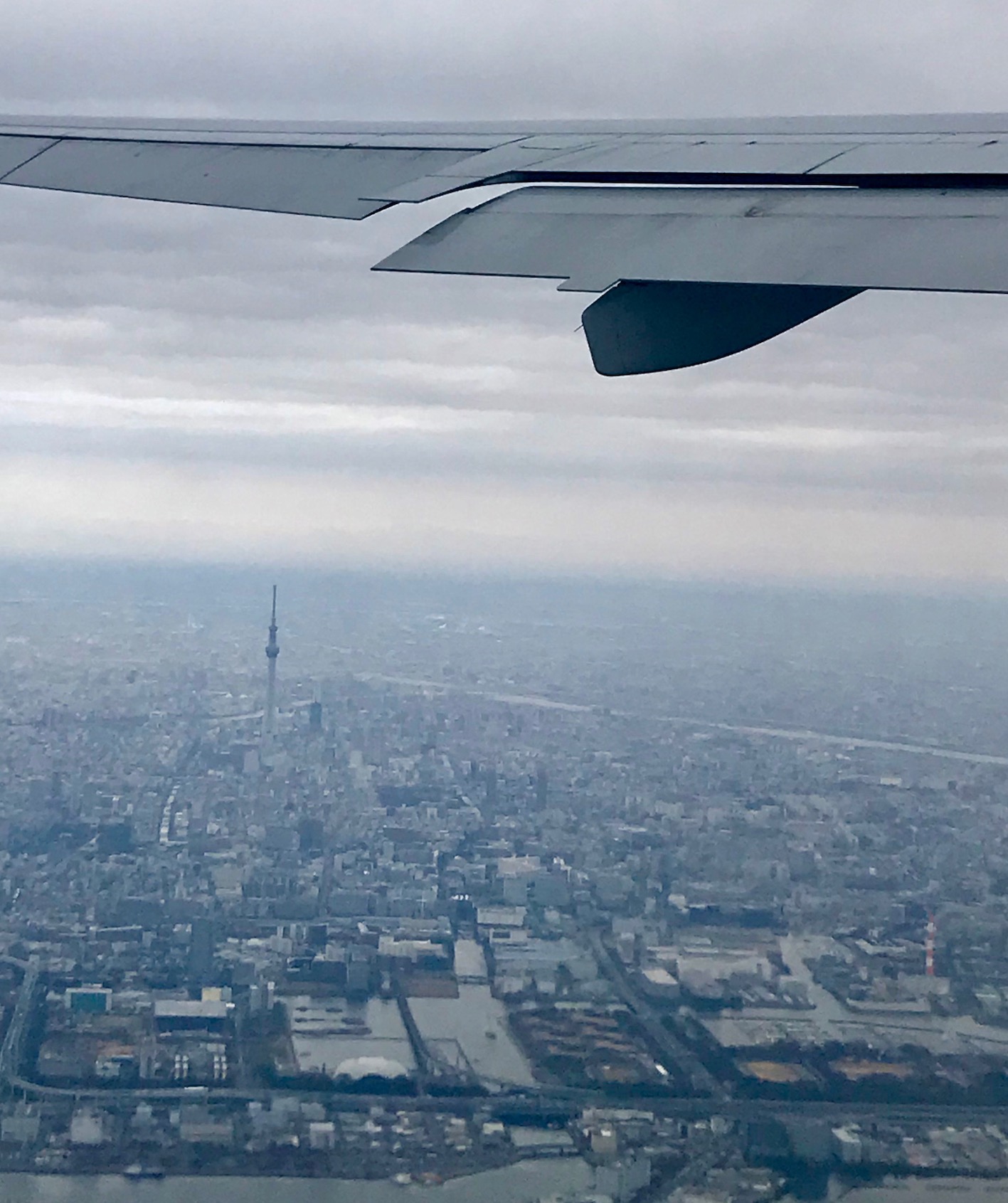 February 2019. Tourist trap or not, Tokyo Skytree is still a cool and inescapable part of a visit to the Japanese capital. It felt fitting then that it even played a part in bidding me farewell as my flight back to China began its ascent. I was gazing out the window at the rapidly shrinking Tokyo skyline and boom, there it was, as unmissable as always.

Tokyo Skytree is open daily from 08:00-22:00. Advance tickets are recommended to cut down on considerable queuing times and can be obtained from a variety of online providers. If you’re gonna risk the same day thing (I’ve heard stories of 2-3 hour waits and even sold out days) head for the 4th floor general ticket counter, or maybe consider a more expensive Fast Ticket that takes a chunk out of the line.