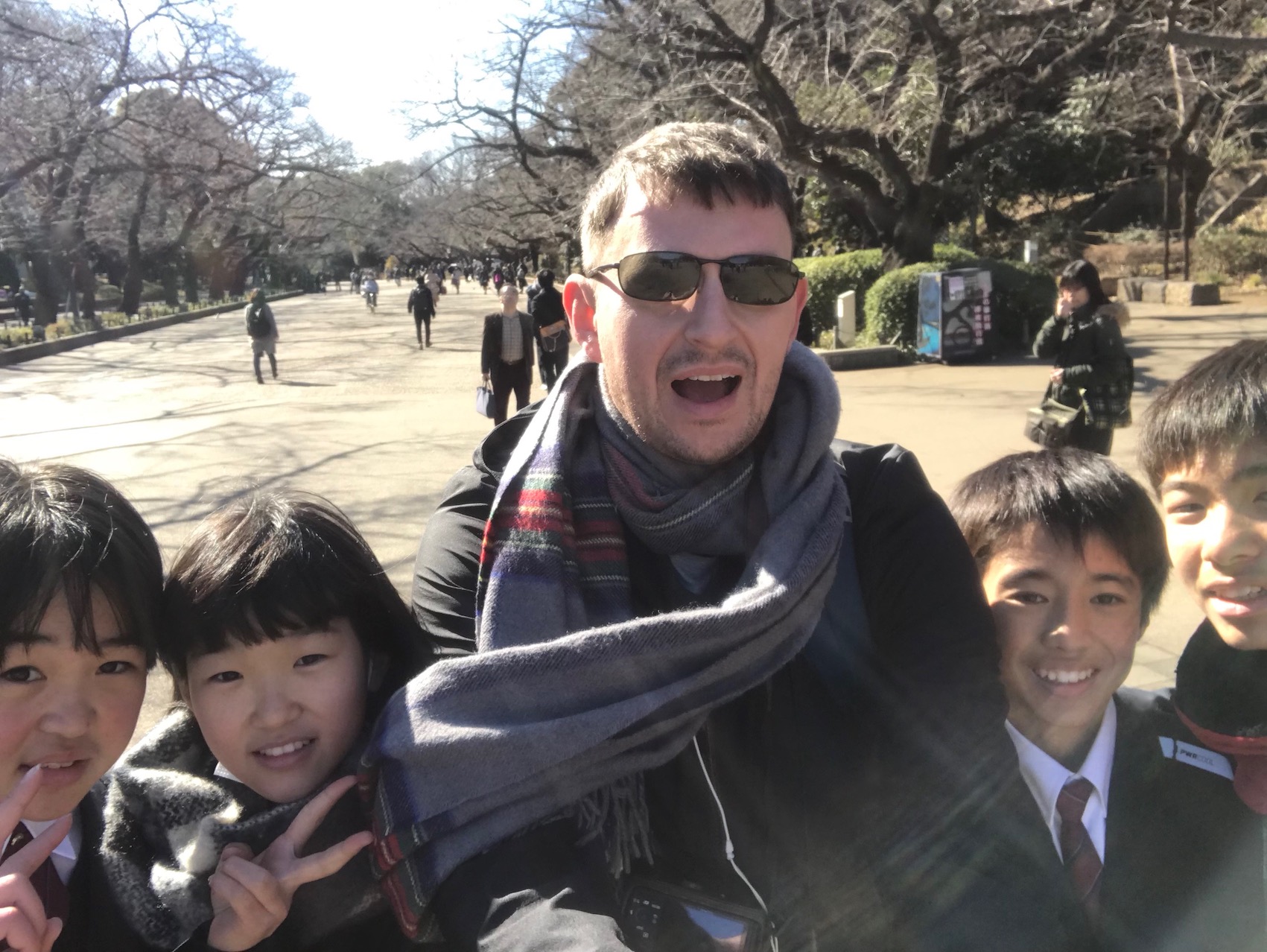 February 2019. It was my second day in Tokyo and after a hearty breakfast at Café Tomorrow I headed off for a half-day of exploring at Ueno Park, a large network of public gardens on the site of what used to be the massive Kaneji Temple complex. My wanderings began here on the central pathway, which reminded me a little of The Mall in Central Park, NYC. This is supposed to be Tokyo’s prime Cherry Blossom Tree spot, but of course I was shit out of luck on that chilly February morning when it came to pretty, photogenic pinkness. But any disappointment was more than made up for by a gaggle of delightful schoolchildren who came scampering over to introduce themselves. “Movie star photo!” cooed one, “London cool!!!” exclaimed another. Go on then… 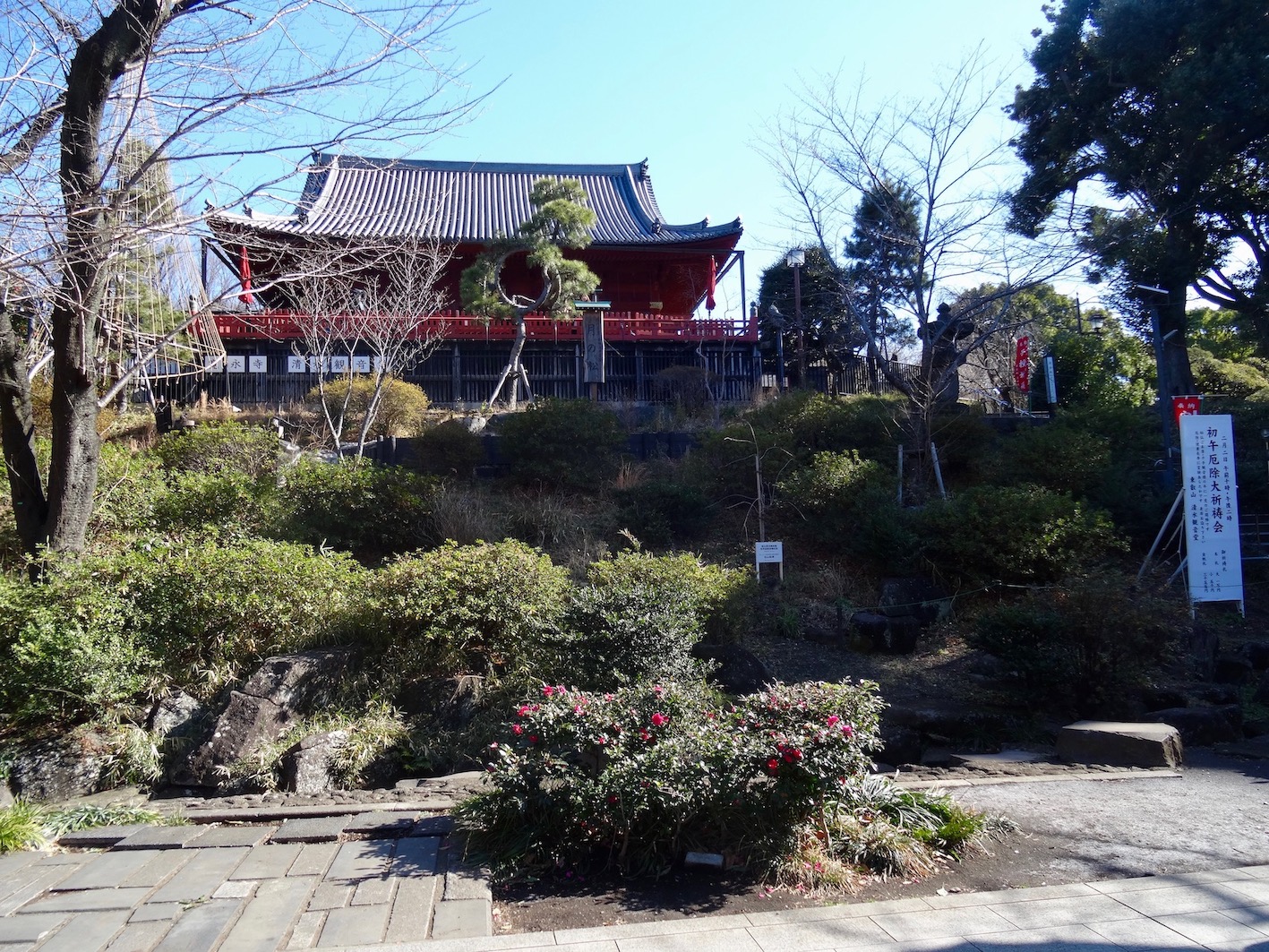 February 2019. Ueno Park is stuffed full of temples and shrines, most of which are free. One of these is Kiyomizu Kannon Temple, open daily from 09:00-17:00. Dating back to 1631, the temple is dedicated to Kosodate Kannon, the goddess of conception. 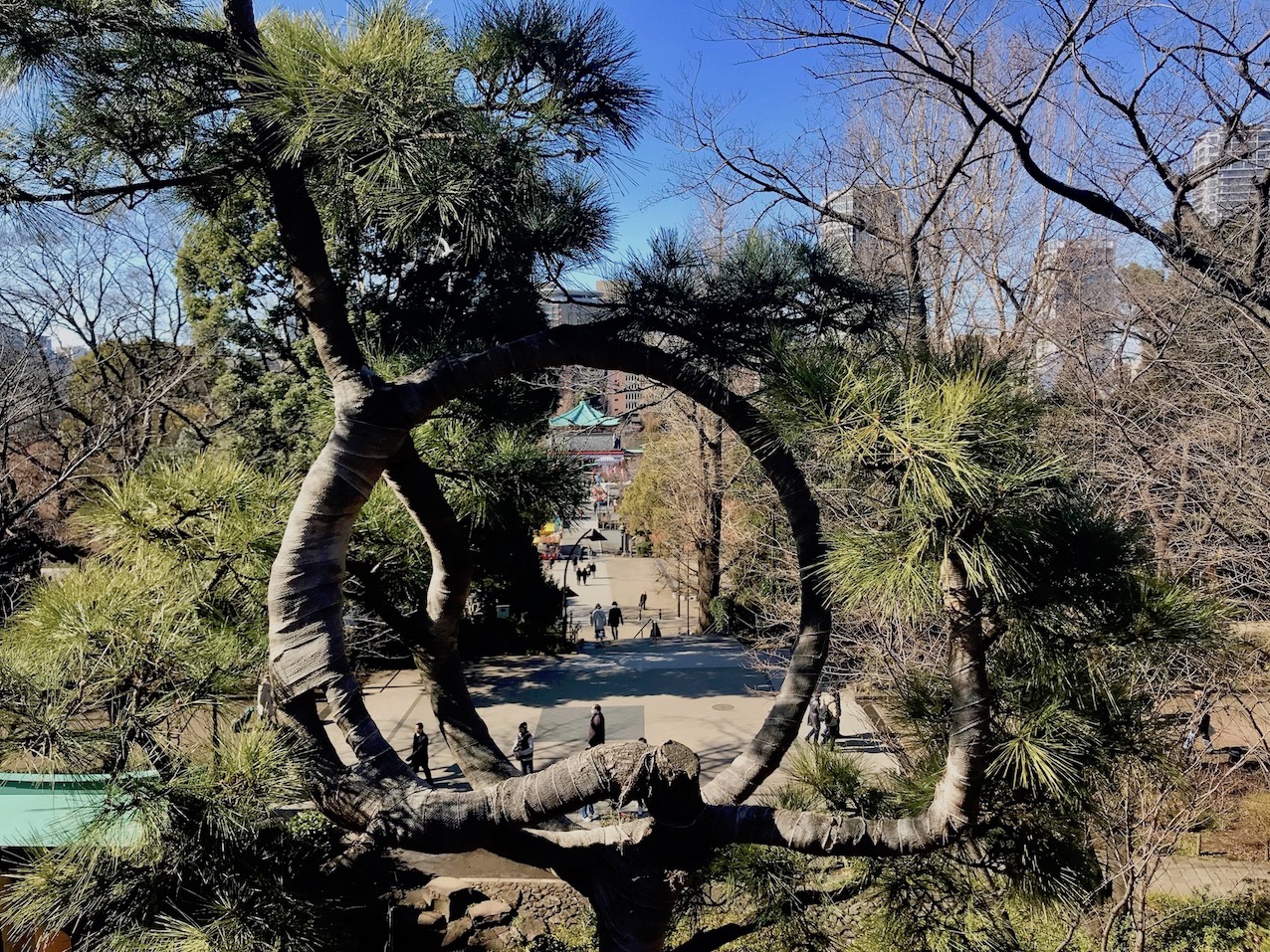 Couples come here to pray for the arrival of healthy, happy children. It was interesting to watch as they lined up to soak their hands in the so-called lucky water and to see women leaving handwritten wishes for good fertility. Don’t miss the very cool Pine Tree of the Moon on the temple’s wooden balcony. Peer through its twisted circular branches for a direct view down to Shinobazu Pond.

February 2019. Any visit to Ueno Park will soon have you gravitating towards the outdoor stage, where live music performances punctuate the airwaves throughout the day. This delightful slab of shouty Japanese pop-rock was so joyous it had me grinning and nodding my head along. Amusing too that it all played out against the contrasting backdrop of Tokyo National Museum. 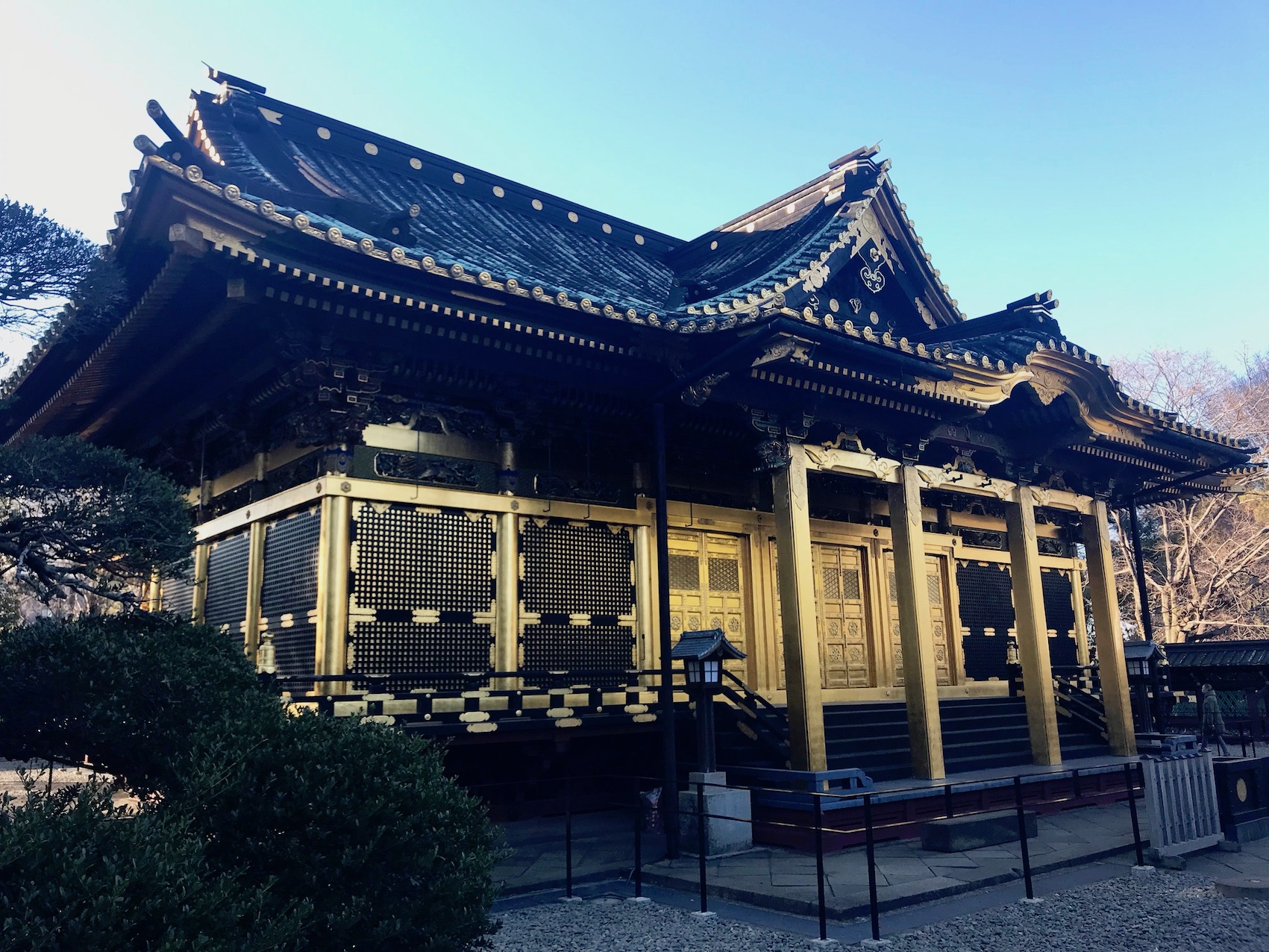 February 2019. My visit to Toshogu Shrine was a memorable one, too. Built in 1616, this is the final resting place of Tokugawa Ieyasu, one of Japan’s most powerful rulers. The highlight has to be the quite stunning Karamon, a Chinese style gate and hall decorated in gold foil and hand carved flowers, birds and dragons. 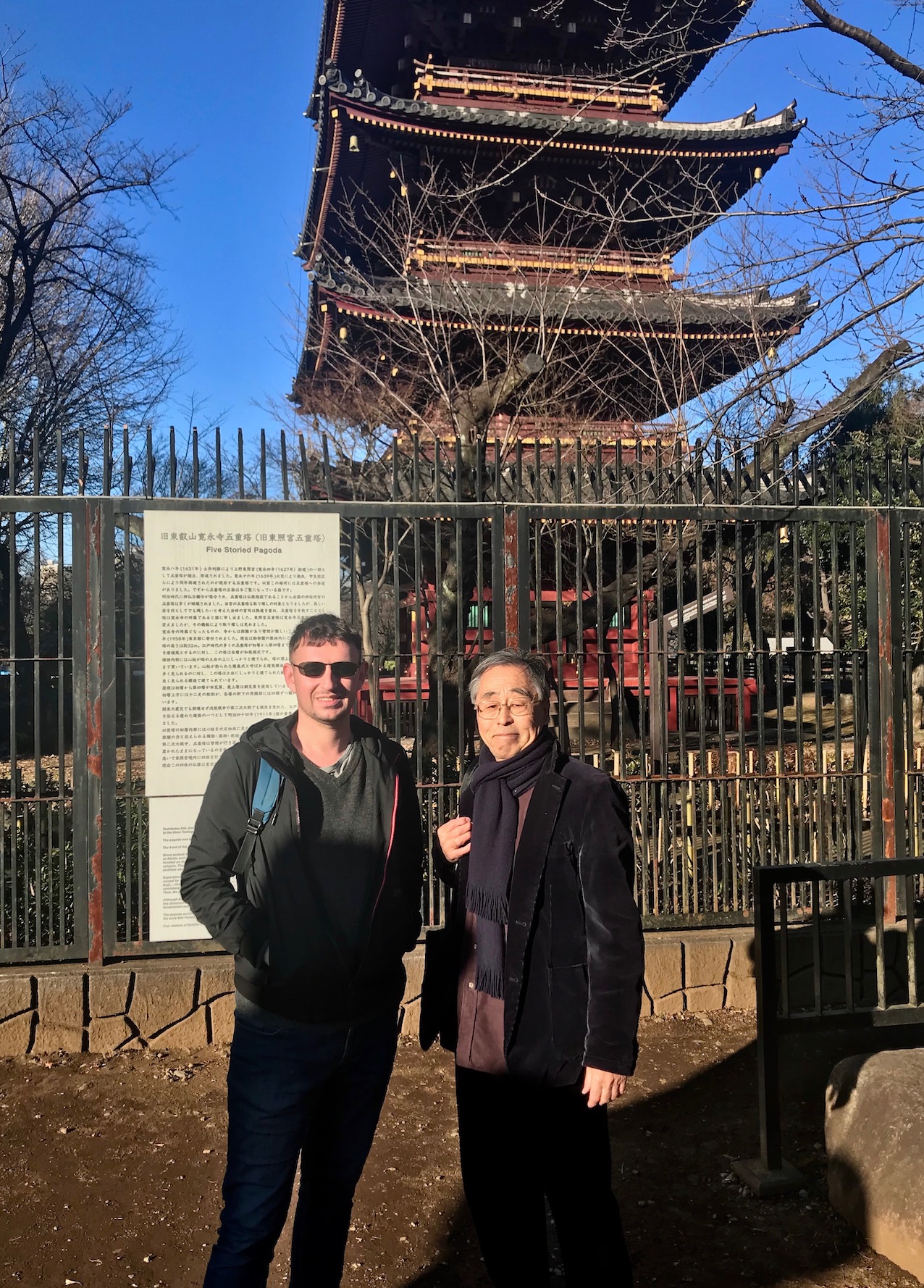 Elsewhere I was checking out the shrine’s Five Storied Pagoda when I got chatting to Shigeru Tokuasu, a former Japanese diplomat and published author. I’d asked him to take a photo for me and half an hour later we were still chewing the fat. We covered so many topics from English food and our thoughts on Brussels (we’d both lived and worked there), to his life-changing experiences on beating cancer. When I told him about my years living in China and my frustrations with certain aspects of the culture I’ll never forget his tactful response. “Ah, yes the Chinese. Many Chinese come to Tokyo of course and… well… it can be difficult, you know. Difficult in so many ways… but of course their money is very welcome here”. 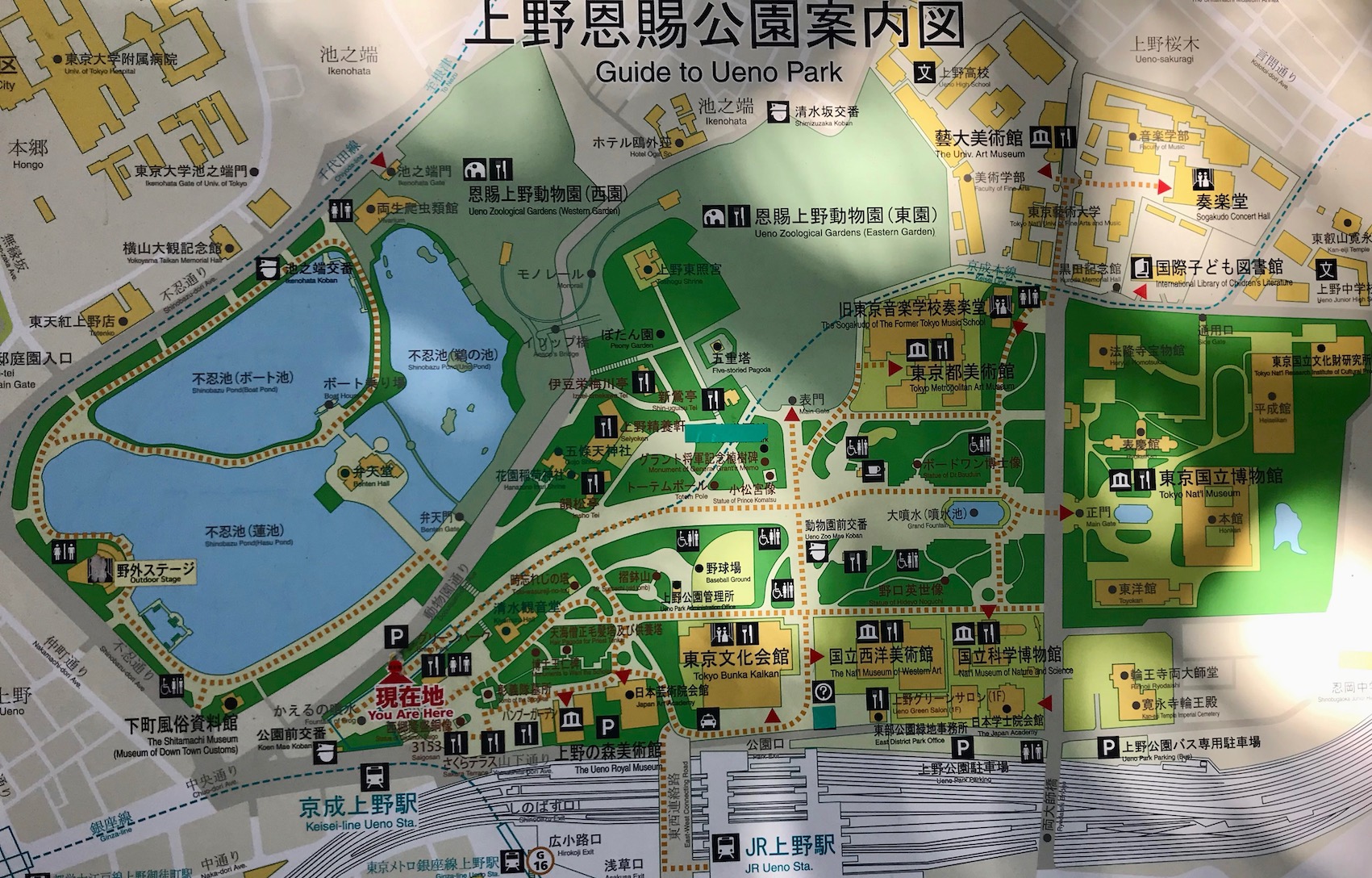 February 2019. I spent about two hours exploring Ueno Park and that doesn’t even include the two and a half hours wandering around Tokyo National Museum, which extends out across the entirety of Ueno’s eastern end. In truth I could have wiled away the whole day in and around the park but as it was I had to shoot off to Sensoji Temple to meet my travel buddy Wonderboy, who’d just flown in from Korea.