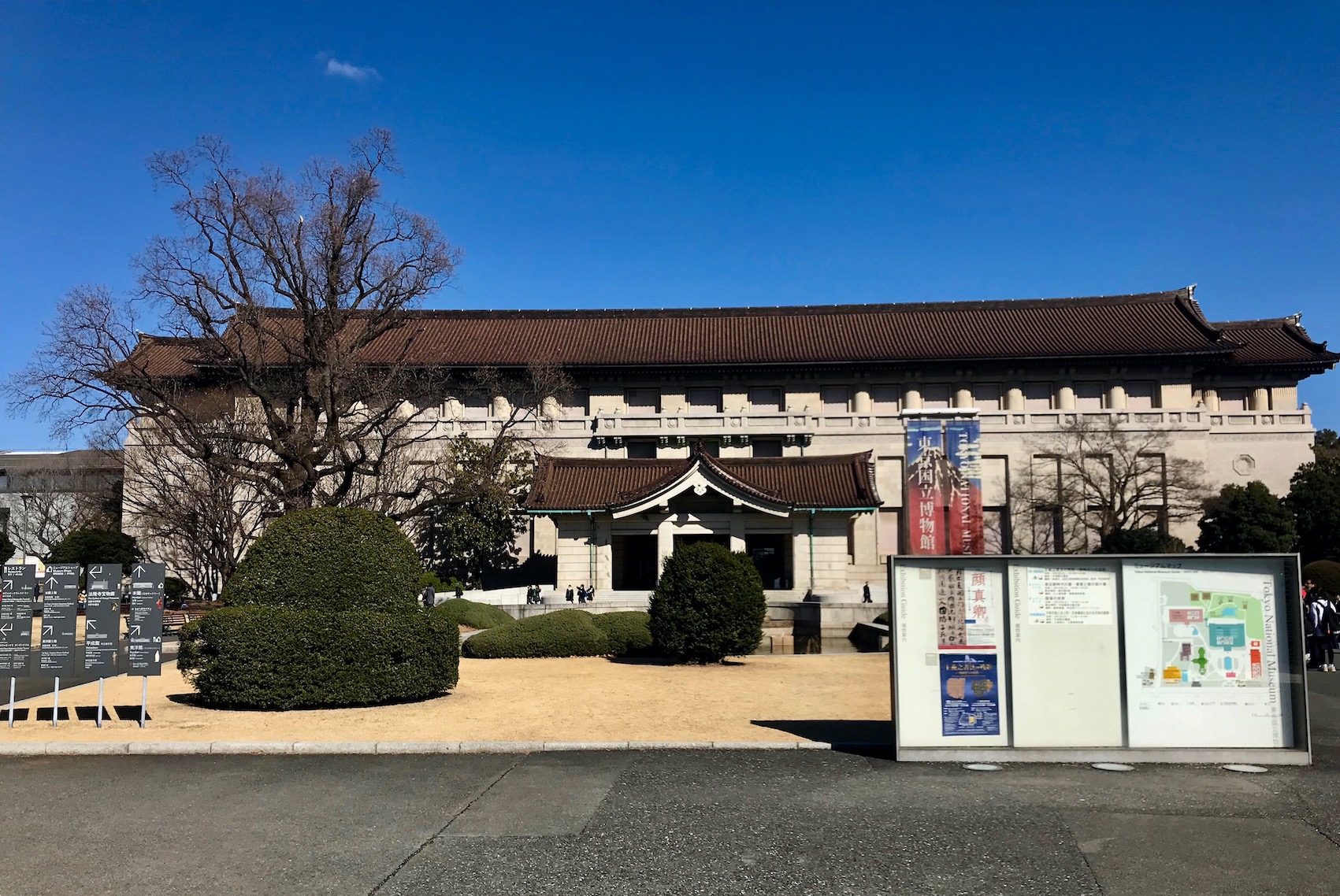 February 2019. I’ve never been much of a museum buff. Unless the exhibition in question holds a specific interest my attention span usually starts to waver after an hour or so. Imagine then how I felt by the prospect of Tokyo National Museum, which is actually SIX museums in one when you look at the layout. In any case I’d read such glowing reviews of the complex that I was determined to roll up my sleeves and give it my best shot. My explorations began here at The Honkan Japanese Gallery, the largest of the National Museum Buildings and the one that directly faces visitors as they approach from Ueno Park. 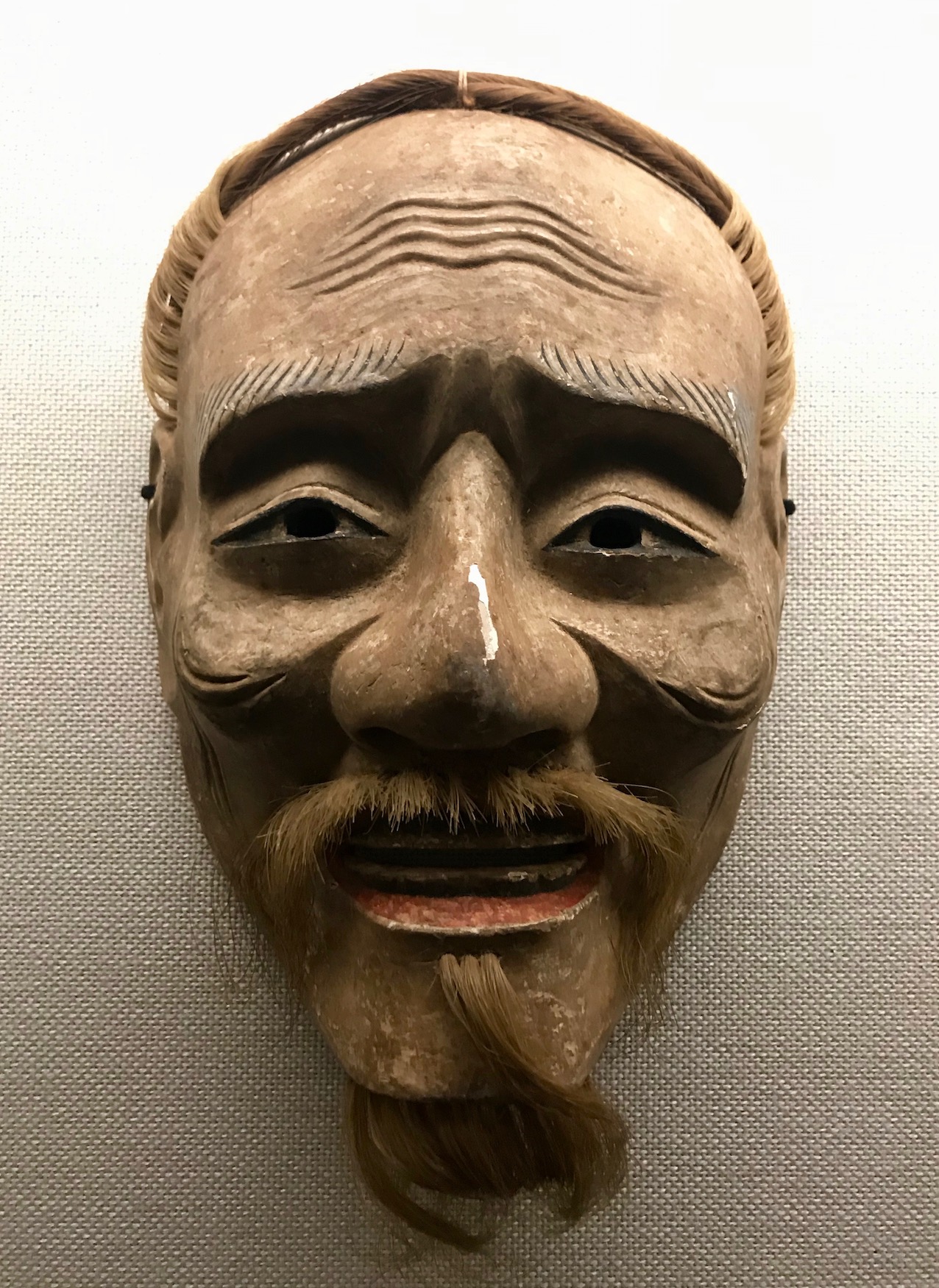 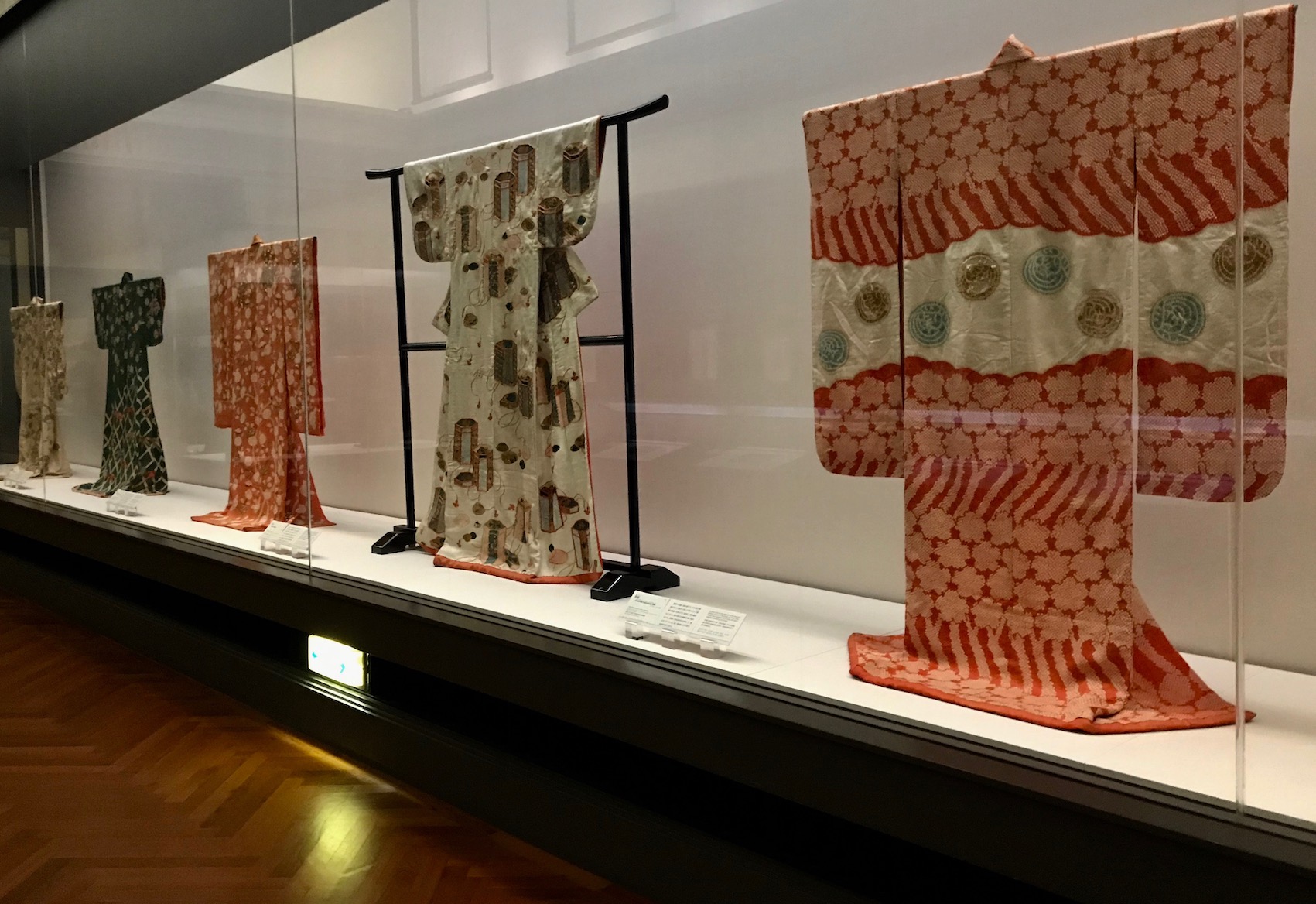 February 2019. The Honkan Japanese Gallery is really impressive! Opened in 1938 and spread out over two sprawling floors, I found myself particularly fascinated by the Noh masks of the Edo Period (1603-1868). Noh was a Japanese masked drama performance performed by ancient warriors. They were lively, colorful affairs with storylines based around demon gods, simple village folk and wise old sages. The above mask is one of about 32 on display. It was used for the role of a coarse, elderly man and named Sankojo after the 15th century sculptor who created it. The museum also holds about 96 costumes used in ancient Noh performances. 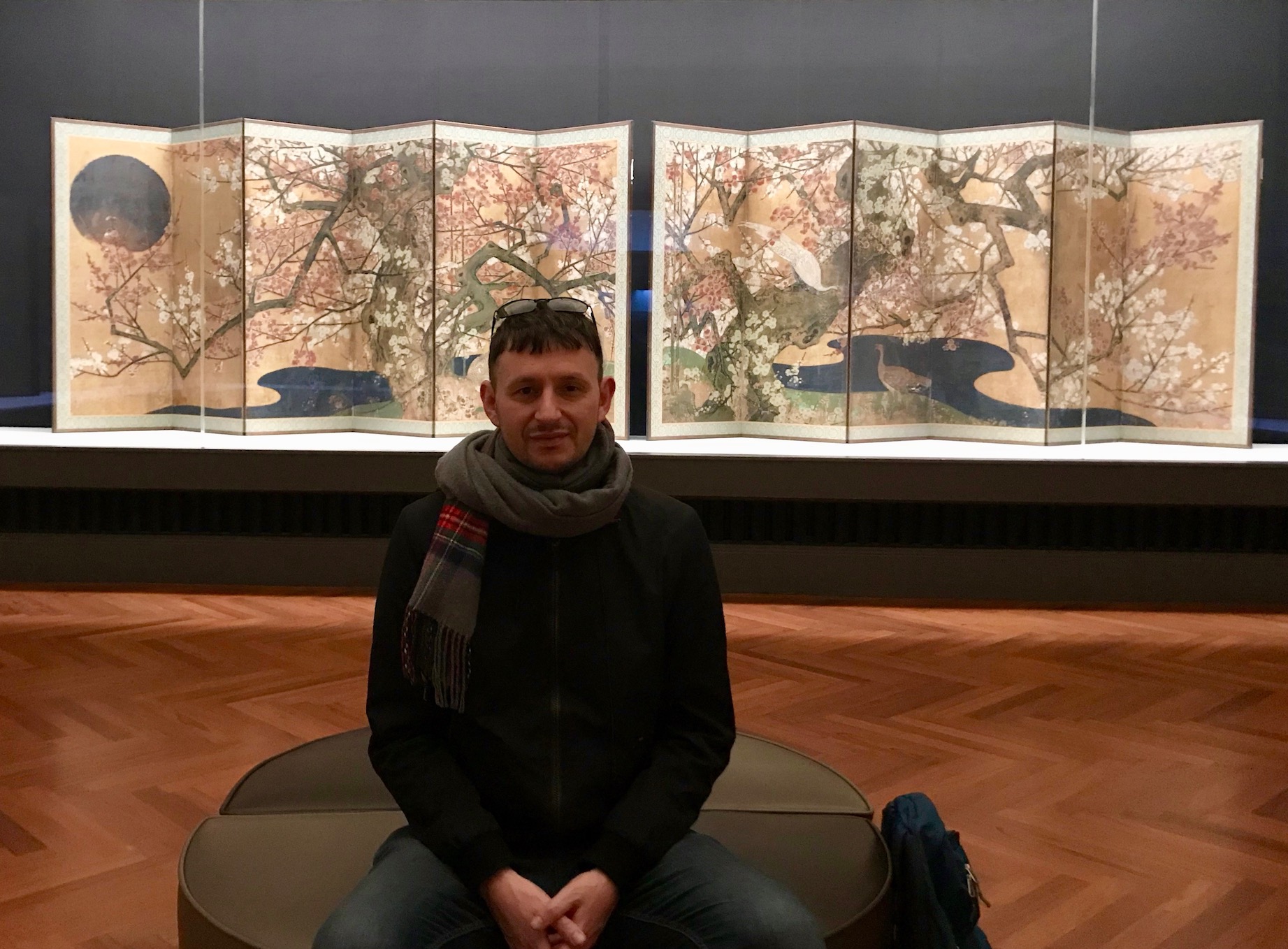 I also really liked the small but fascinating room focusing on Japanese Fusuma. These are the decorative folding screens and sliding doors used to tastefully manage space within living quarters and add stateliness to ceremonial occasions. 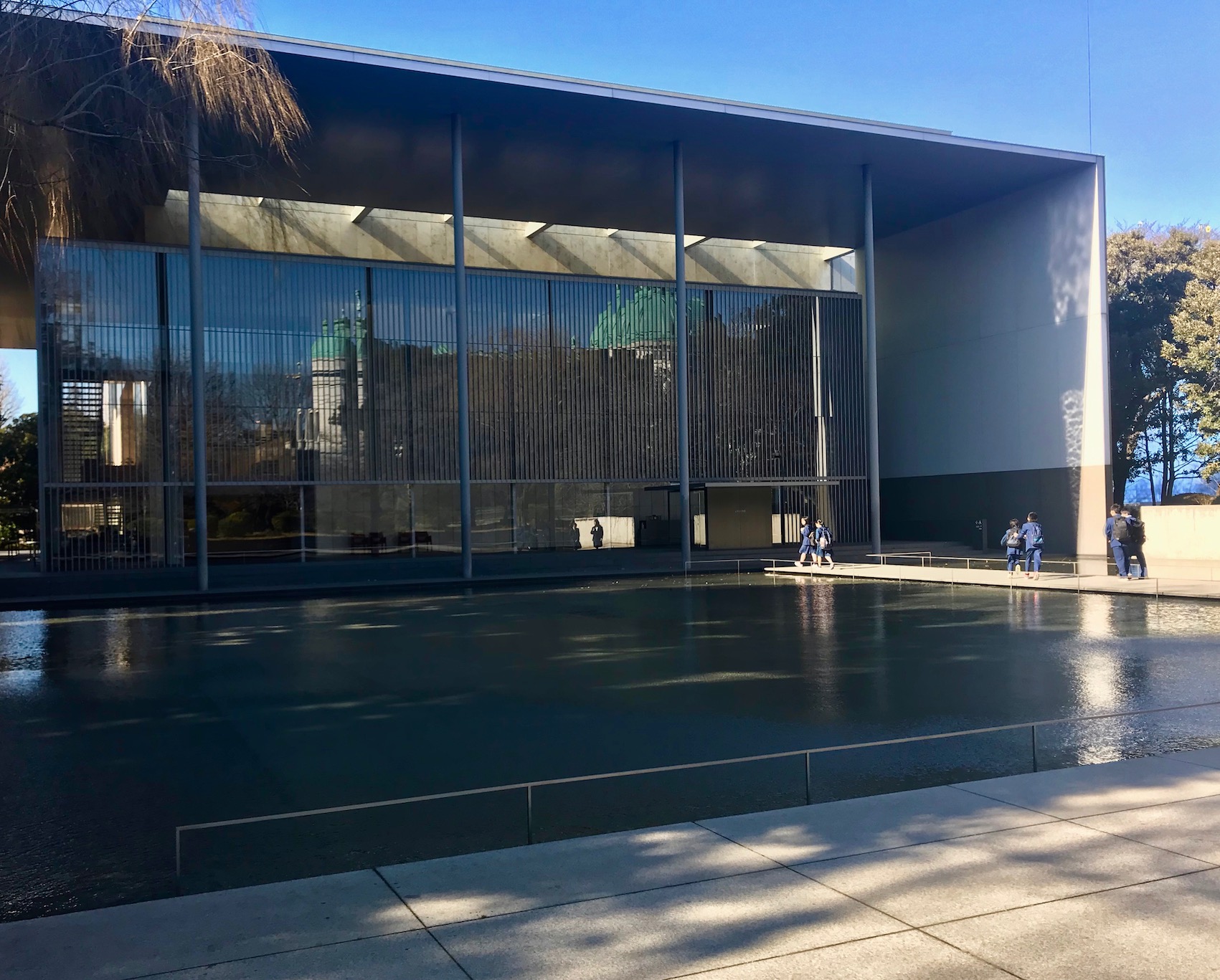 February 2019. The Gallery of Horyuji Treasures is another part of Tokyo National Museum housed in a sleek, modern building designed by the famed Japanese architect Taniguchi Yoshio. Added to the complex in 1999, it displays over 300 artifacts from Japan’s Imperial Family. 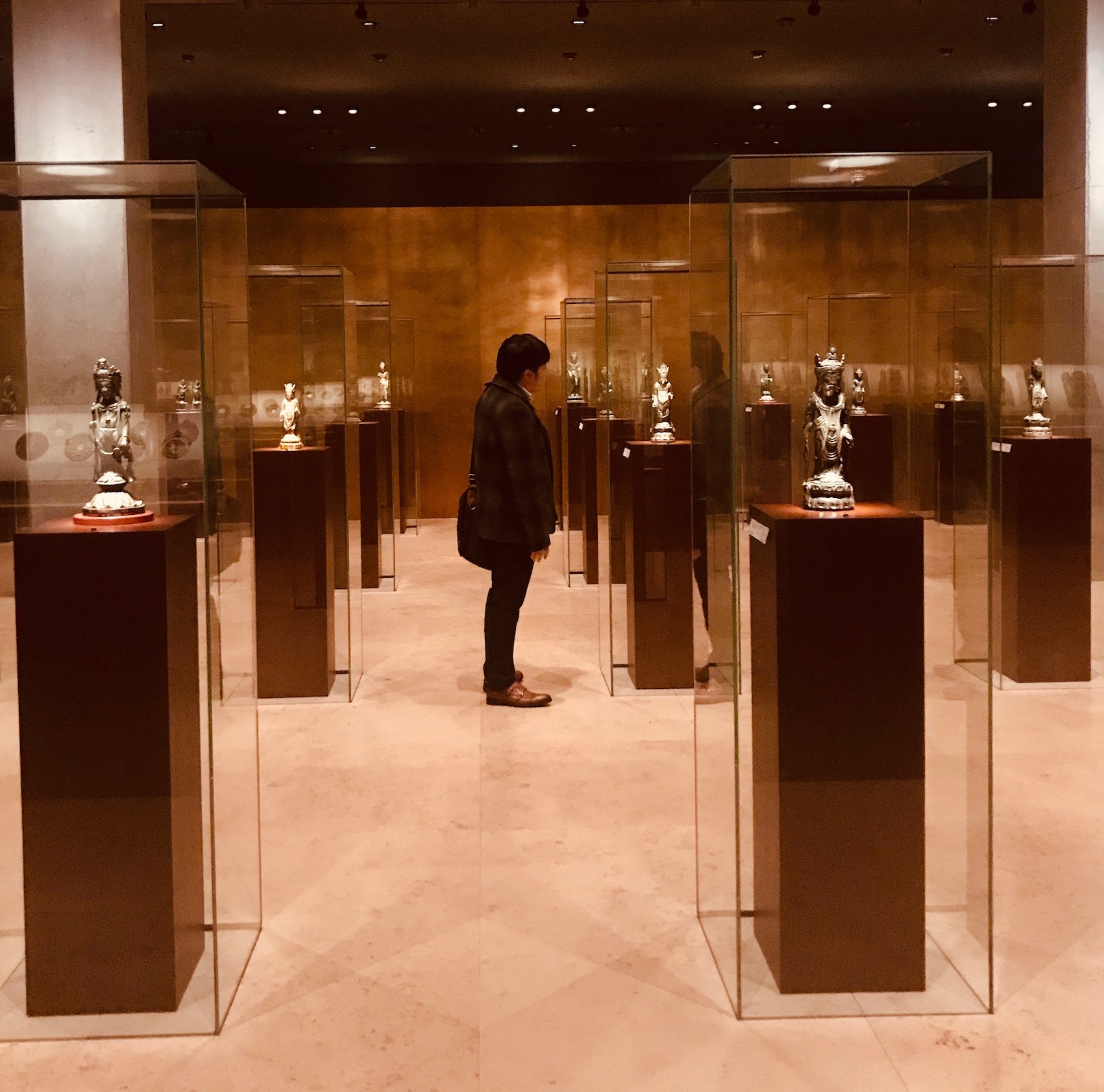 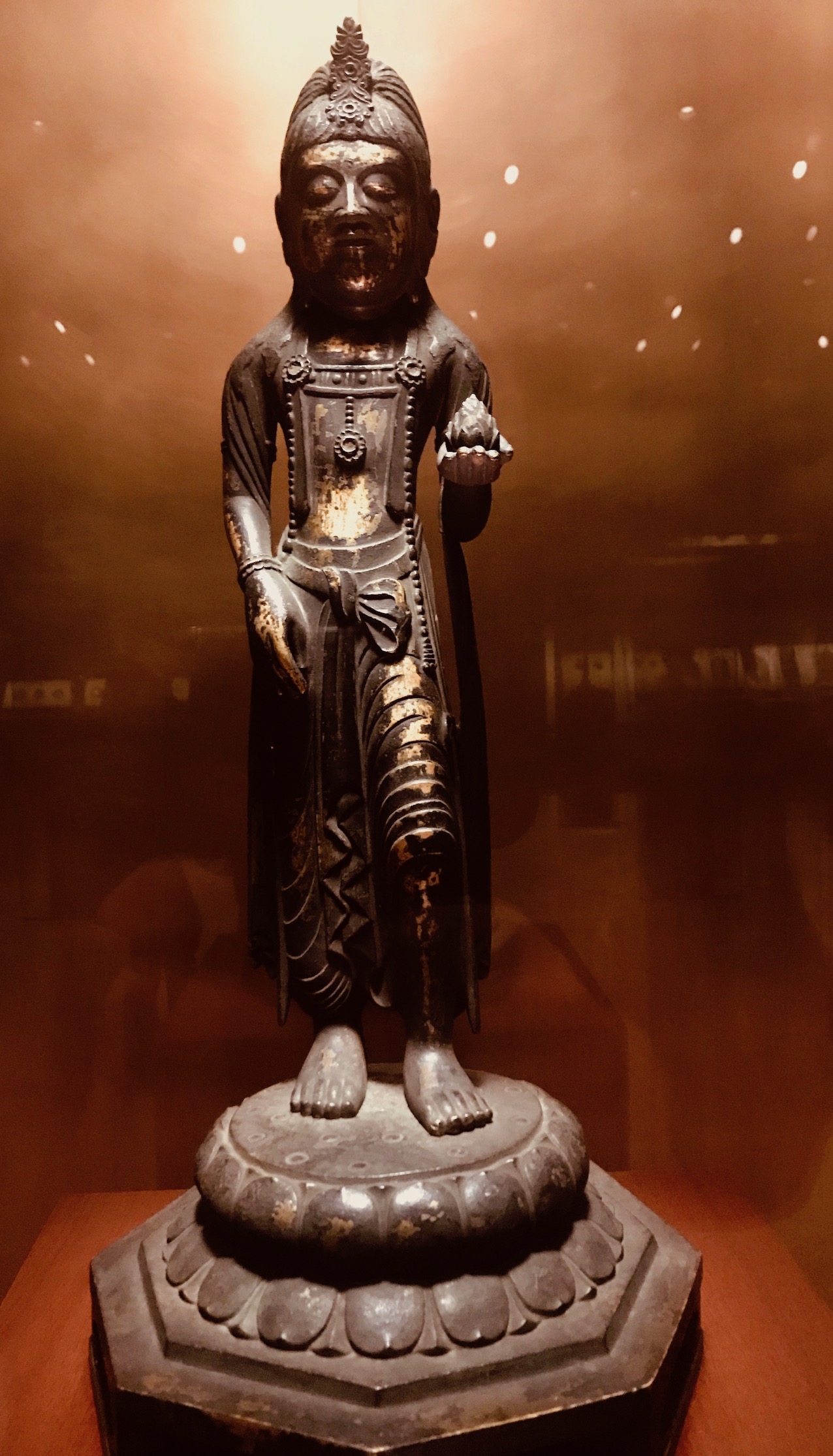 The gallery’s centerpiece is a large hall of Buddhist statues used for private worship by various Japanese rulers. The y’re pretty small, between 30-40 cm in height and nearly all of them were sculpted in Japan, bar a few Korean pieces. The Standing Bosatu in gilt bronze statue pictured above was created in Japan’s 7th century Asuka Period. That’s pretty damn old. 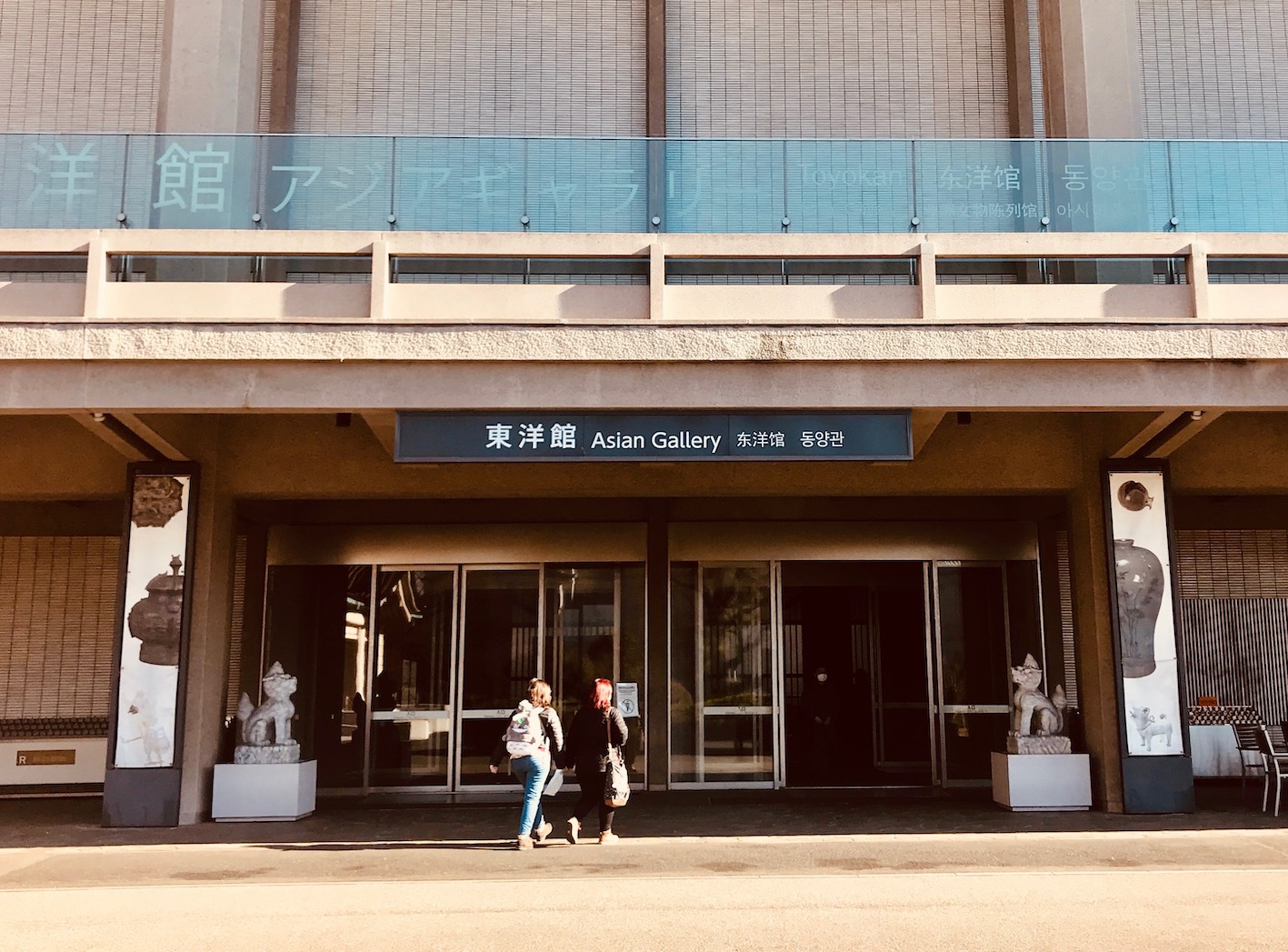 February 2019. Asian Gallery By this point I’d been in the Tokyo National Museum Complex for well over two hours and was keen to see more! So I hurried off to this giant gallery, also know as The Toyokan. Here the order of the day is ancient objects from across China, Cambodia, India, Iran and Egypt. 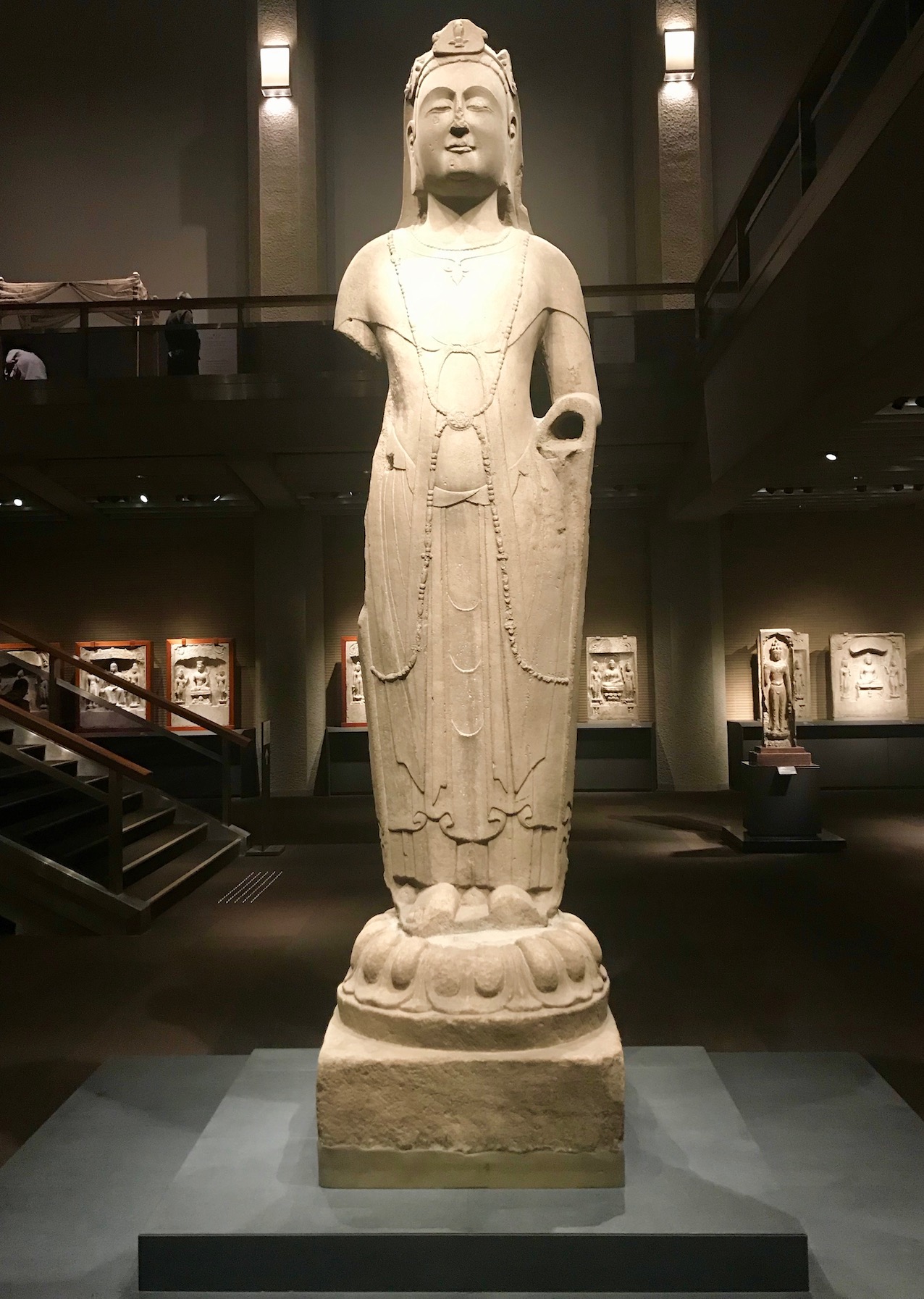 It was particularly cool to see the exhibition on Chinese Buddhist sculptures, especially as the pieces in question had been excavated from some of my most well trodden regions of China, including Hangzhou, Nanjing, Shanghai and all across Zhejiang Province. 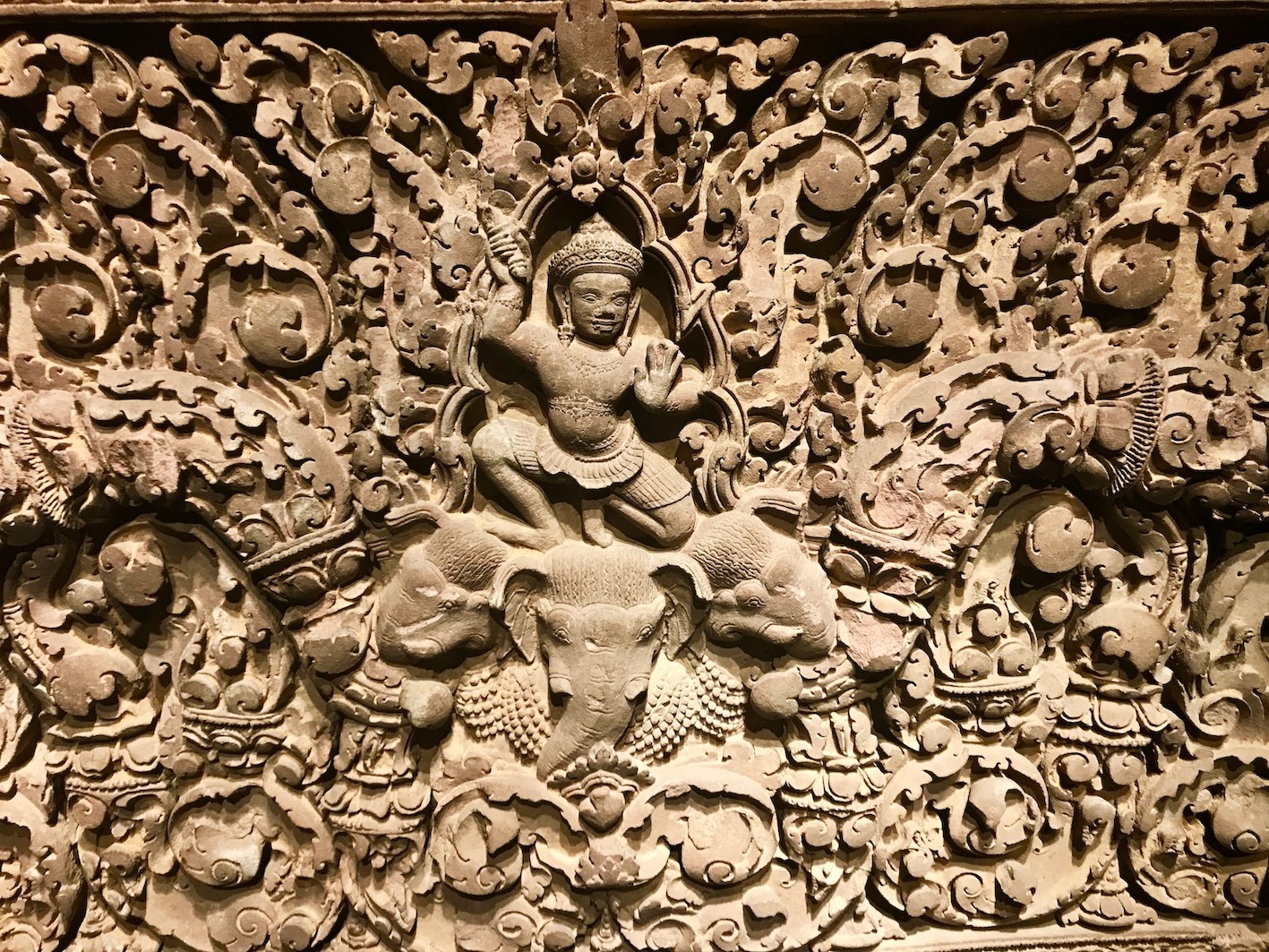 Equally cool was the display of Cambodian/Khmer sculptures dating from The Angkor Period (9th-13th century), which took me right back to my days living in Siem Reap where I got to explore The Temples of Angkor. 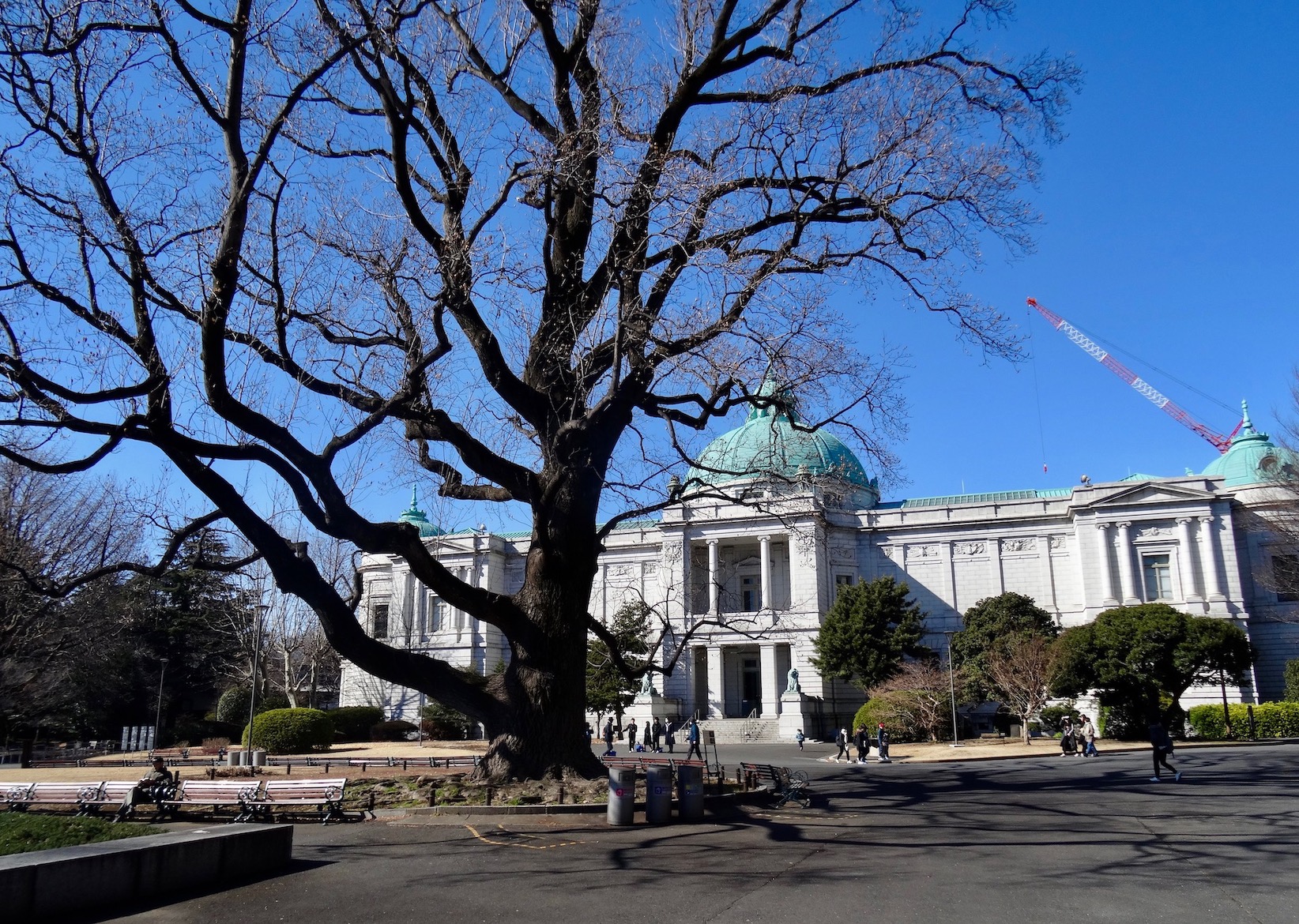 February 2019. Hyokeikan is perhaps Tokyo National Museum’s most stunning building of all, with its German style exterior and dome. Unveiled in 1909 to celebrate the wedding of the Taisho Crown Prince, today it stands as a special exhibition hall that remains closed for a fair chunk of the year. 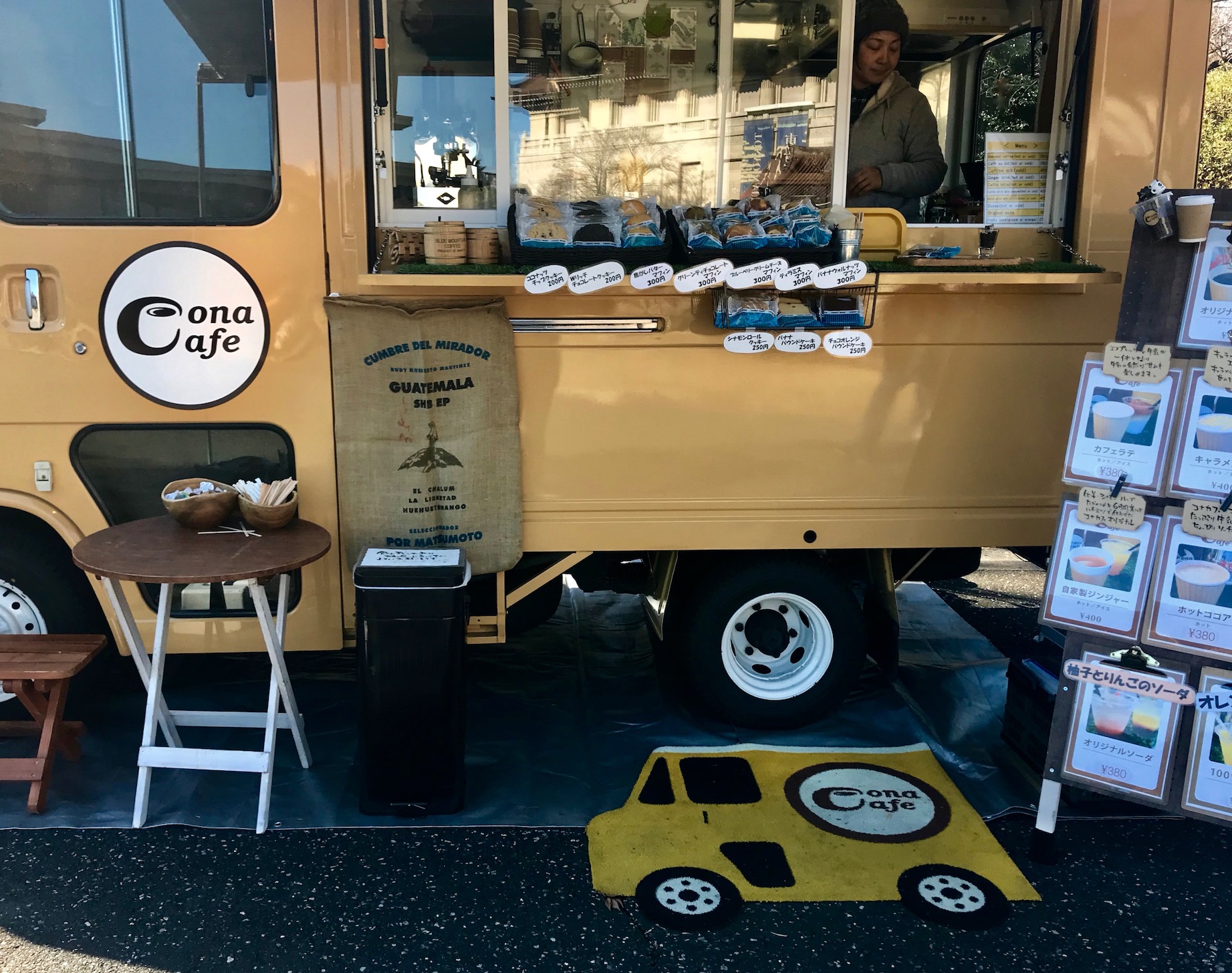 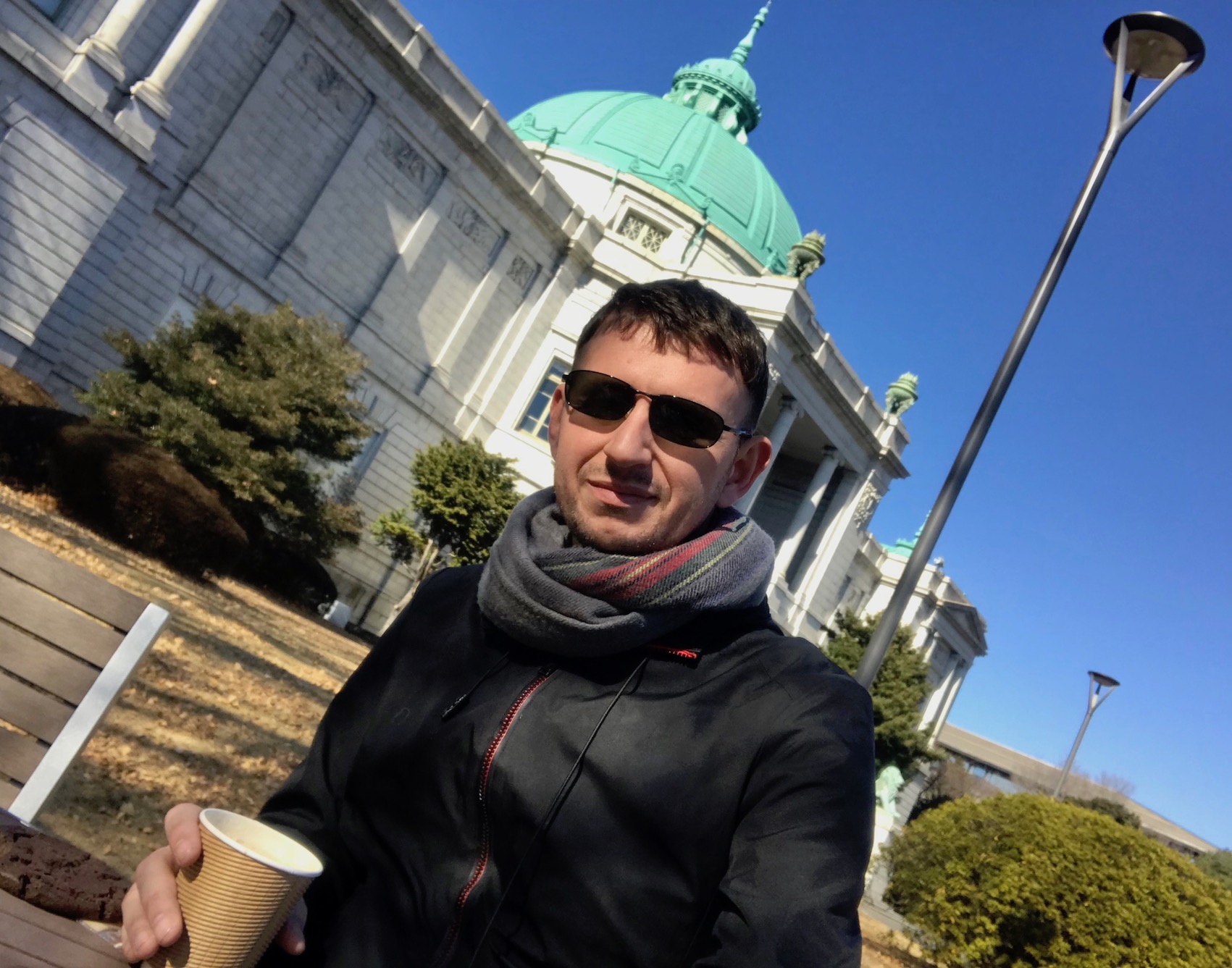 Sadly for me there was nothing going on in Hyokeikan that day, so I grabbed a revitalizing latte at the nearby Cona Café Van and basked in the wintry sunshine for a bit reflecting on one of my favorite museum experiences in twenty years of global travel! I could have easily stayed for longer, but as it was I had to dash off for an appointment at Sensoji Temple.