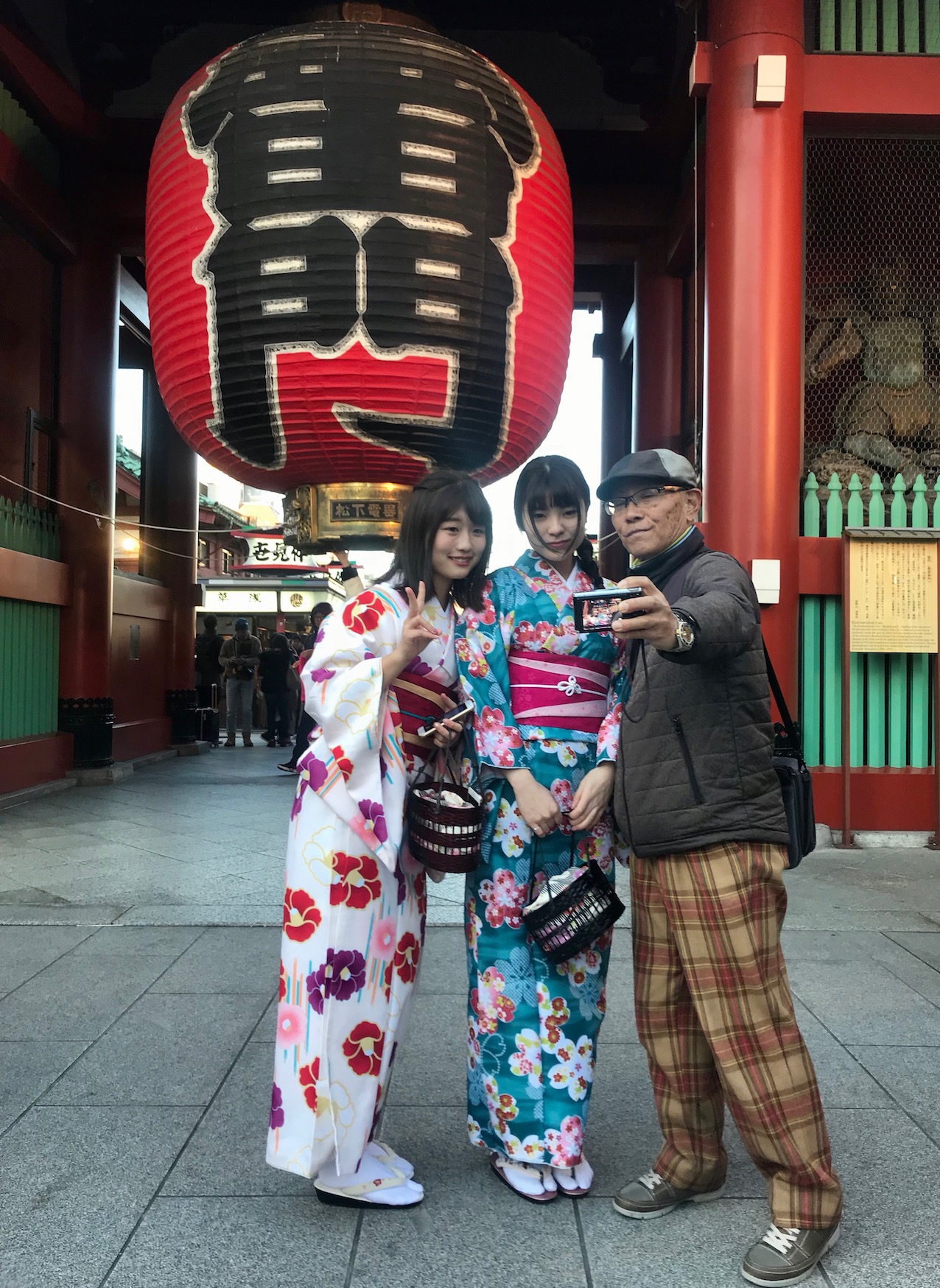 February 2019. One of the many things I have to thank Tokyo for is rekindling my fascination with the Asian temple. I’d become more than a bit numb to the templey charms of China, an overriding apathy that not even my month-long trip to Vietnam could fully remedy. Tokyo’s handsome Sensoji was my first Japanese temple and the city’s oldest and largest Buddhist structure to boot. It was also the location for my reunion with Wonderboy, who I hadn’t seen since his stay in Ruian, China came to such an abrupt, distasteful end over nine months ago. This is Sensoji Temple’s main entrance, known as Kaminarimon Gate. The original gate here dates back to 942, but burnt down countless times over the years. The one that stands here today was donated by Japanese entrepreneur Konosuke Matsushita in 1960. 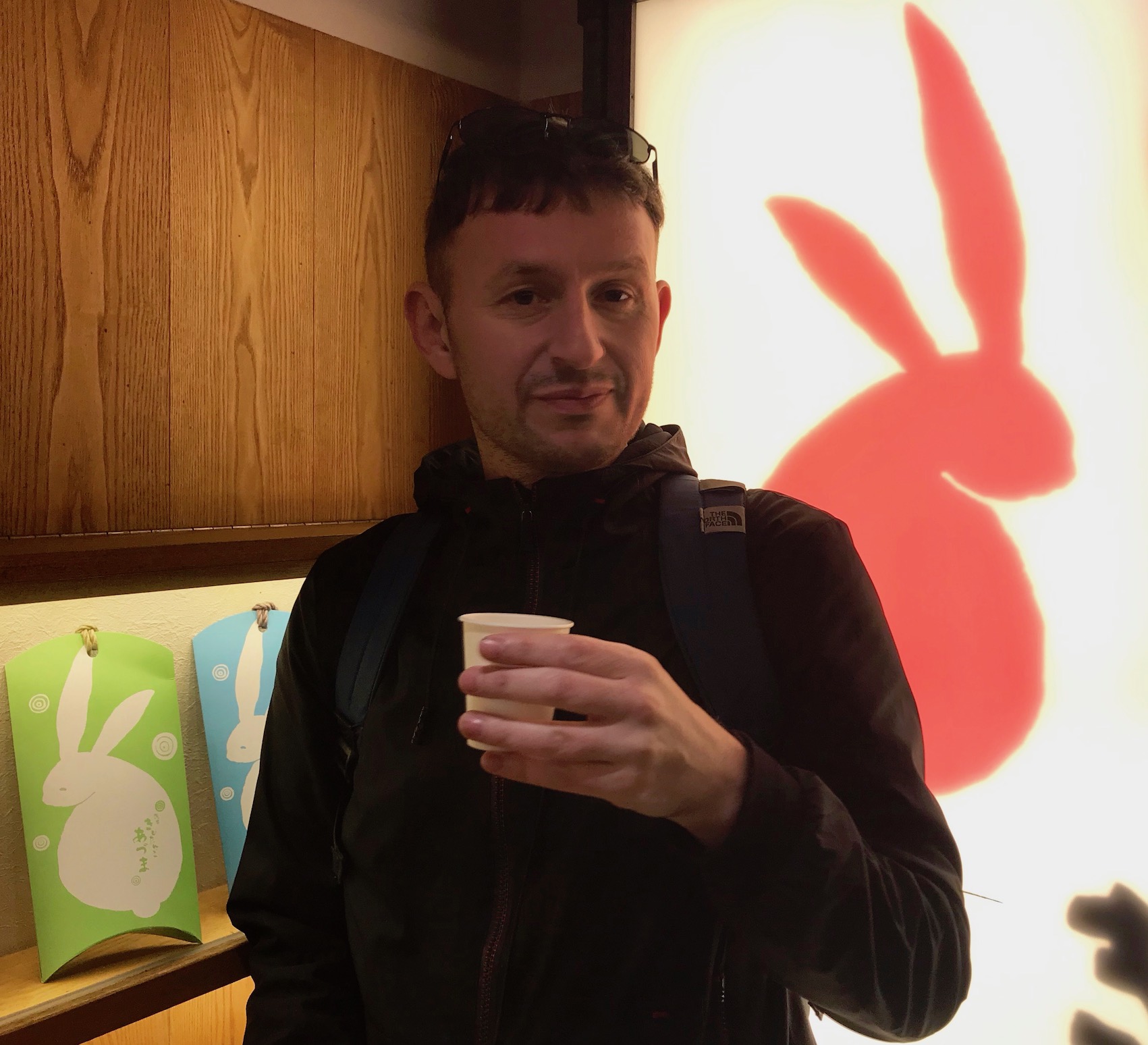 From Kaminarimon Gate visitors make their way down the processional Nakamise Street, which is actually little more than a long row of stores selling overpriced tourist tat. But I did like the anticipation it created as I progressed, Sensoji’s hulking form gradually coming more and more into focus. It was also fun to say hello to the pairs of Japanese girls wandering about in traditional costume. I highly recommend a stop at one of the hot, sweet Sake stalls where you can grab a cup and scoot round to the designated spot under the awning where a) the drinking of alcohol is permitted and b) there’s some weird playboy-esque bunny theme. 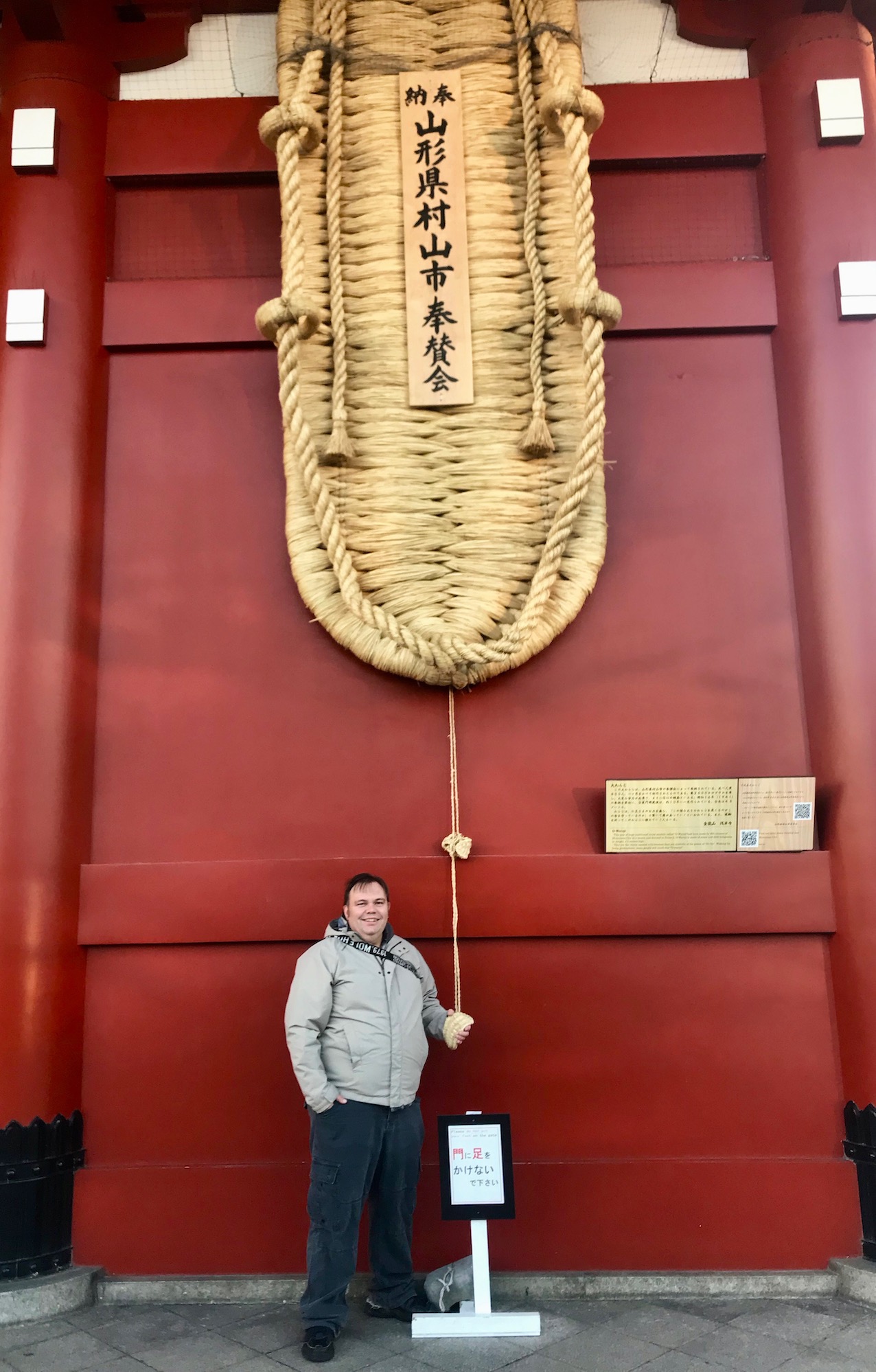 February 2019. At the end of Nakamise there’s another grand gate, Hozomon, decorated by two giant straw sandals known in Japanese as O-Waraji. These striking pieces were handmade by 800 citizens of Murayama City in just a month and donated to Sensoji as a good luck charm against general evils. You’ve always got to be careful about general evils.

In line with ancient Chinese Buddhist beliefs, people believe that smoke from the incense burner has a healing effect. That’s the reason everyone gathers around the incense burner at Sensoji to engulf themselves in the smoke, literally waving the fumes into their bodies. 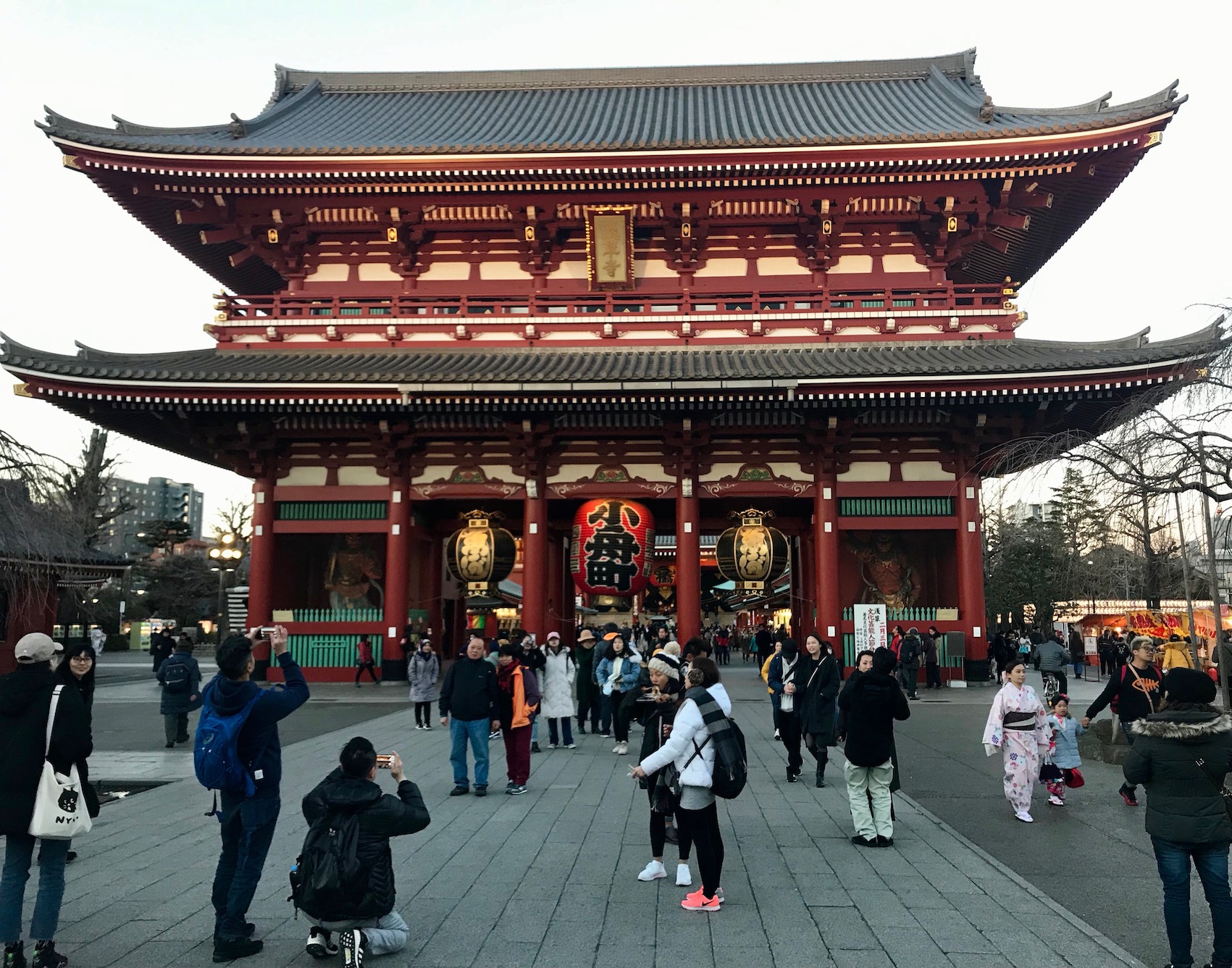 February 2019. Finally then we were ready to enter Sensoji Temple’s impressive main hall. The legend behind the old joint is a quirky one, as it’s said that back in ancient times a pair of fisherman reeled in a statue of Kannon, the goddess of mercy. Although they tried to return the statue to where they’d found it in the Sumida River, it kept returning to them until they finally helped establish a temple in its honor. The original building dates back to 628, but had to be completely rebuilt due to damage during World War II. 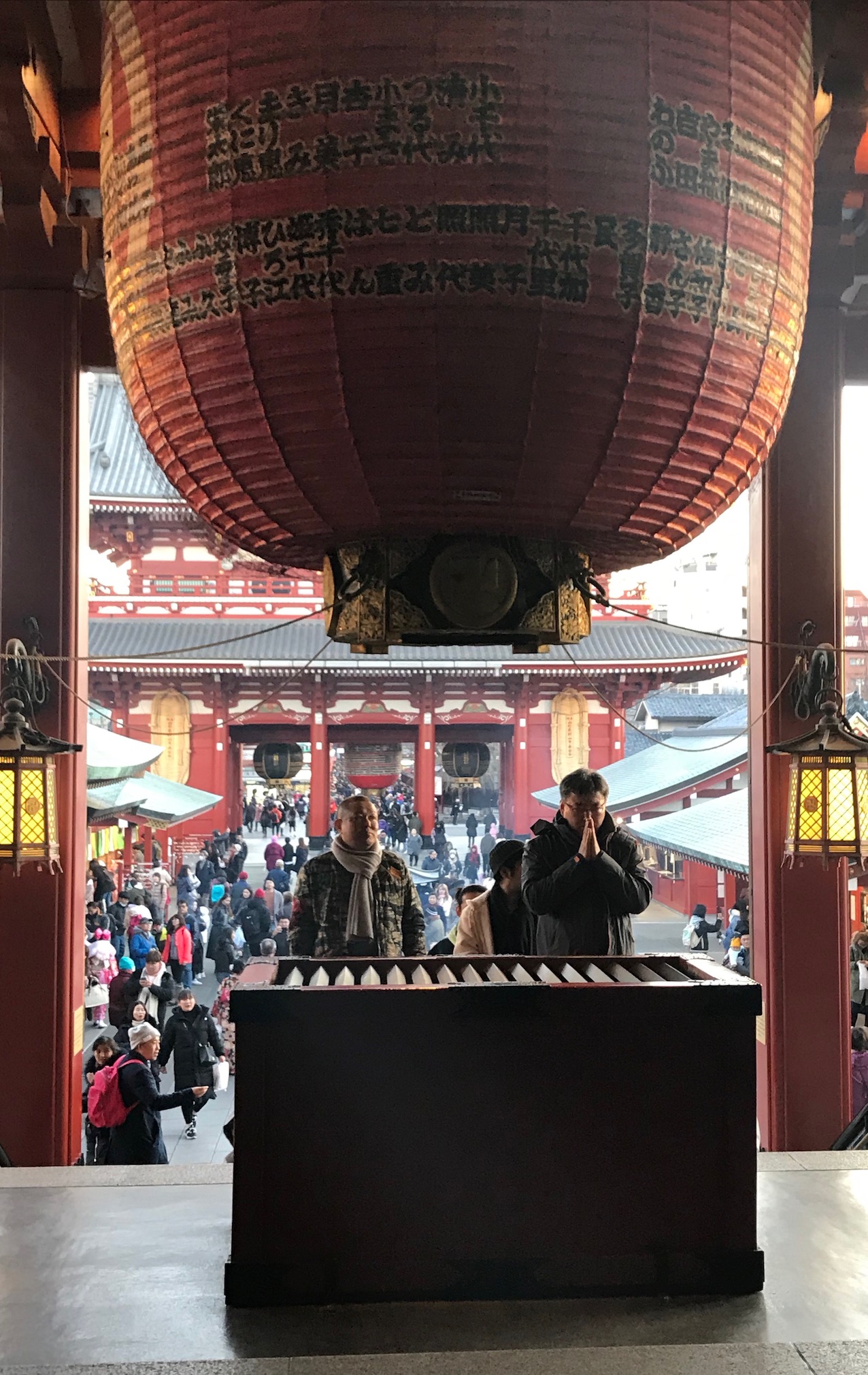 February 2019. Inside the hall there’s a suitably grand altar and some gorgeous painted landscapes across the ceiling. The original statue the fisherman discovered is apparently buried within here too. For me though the coolest part was simply peering back out the way we’d come watching people file up the staircase with their incense sticks. 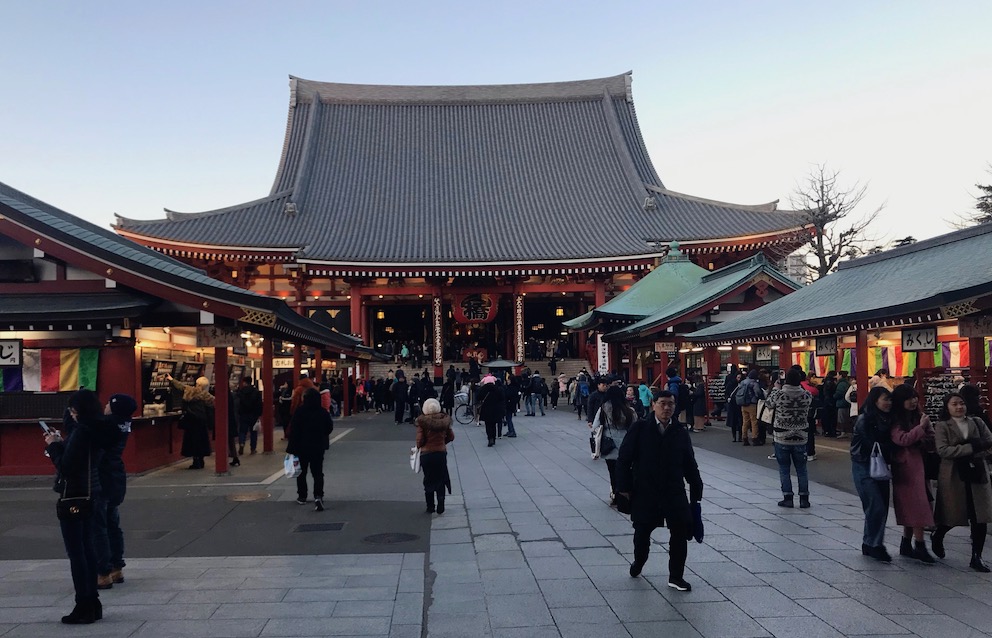 Sensoji Temple is open daily from 06:00-17:00 and is free to enter. Nakamise Street stays open until late evening. The nearest subway stop is Asakusa, take the A4 exit of the Toei Asakusa Line or Exits 1/2/3 of The Tokyo Metro Ginza Line. Whichever one you come in on it’s a 5-minute walk to Sensoji.

Antony Gormley’s Statues in the Sand. How many c

Exposed to nearly fifteen years of the good old Br

A close up look at one of Antony Gormley’s statu

When in Liverpool…. take a city centre train for

When in Sefton Park, don’t miss Palm House, a st