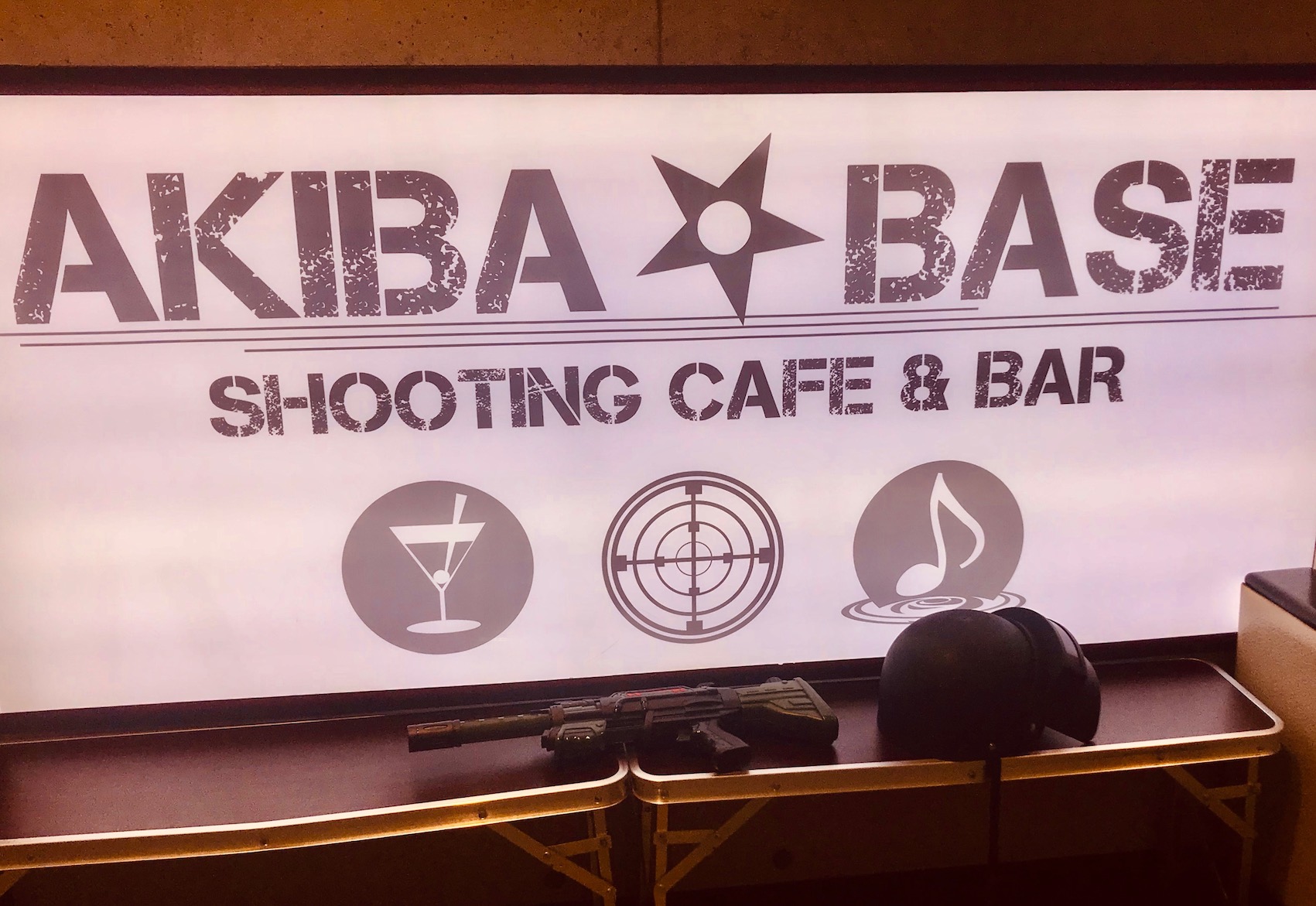 February 2019. Has it always been your dream to hold a powerful gun in your hands? To unleash a stream of bullets and tap into your inner alpha male? You know, Grrrr and shit? YEAH, ME NEITHER. But in Tokyo’s crazy Akihabara Electric Town you often find yourself signing up for stuff you never thought you’d do. So when Wonderboy and I caught sight of a sign for Akiba Base Shooting Café & Bar we thought we’d go and take a look… just for yucks. 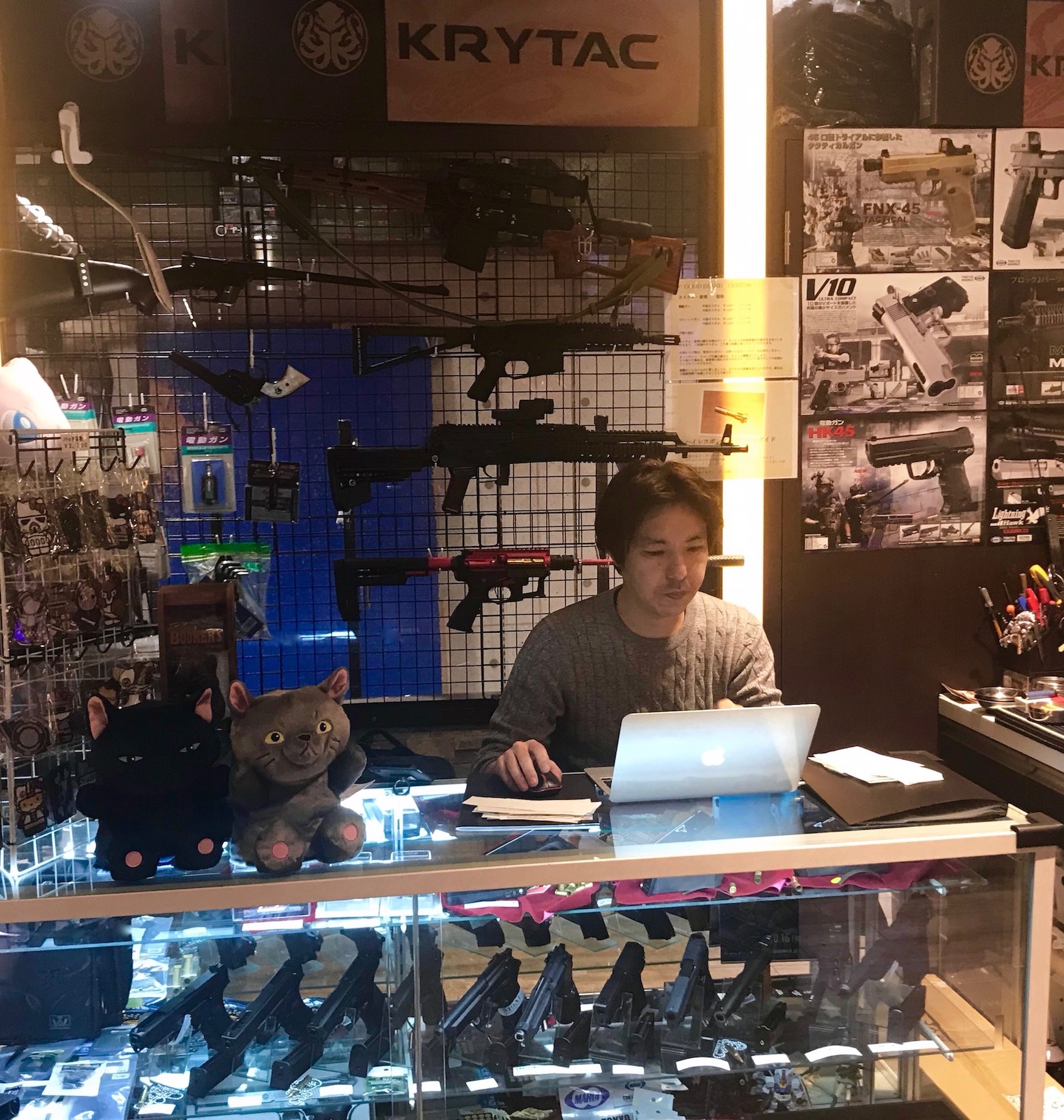 February 2019. Now before you get all judgmental on me I should probably point out that Akiba Base is an airsoft shooting café in which customers come to mess about with BB guns. I’d been half wondering if we’d made a huge misjudgment and were about to walk into some macho, meathead zone where crew cut Americans sat about guzzling Budweisers and shouting things like “America, fuck yeah!!!” But instead we were greeted by a friendly, slightly geeky Japanese guy who showed us to our table and gave us a brief overview of the menu. 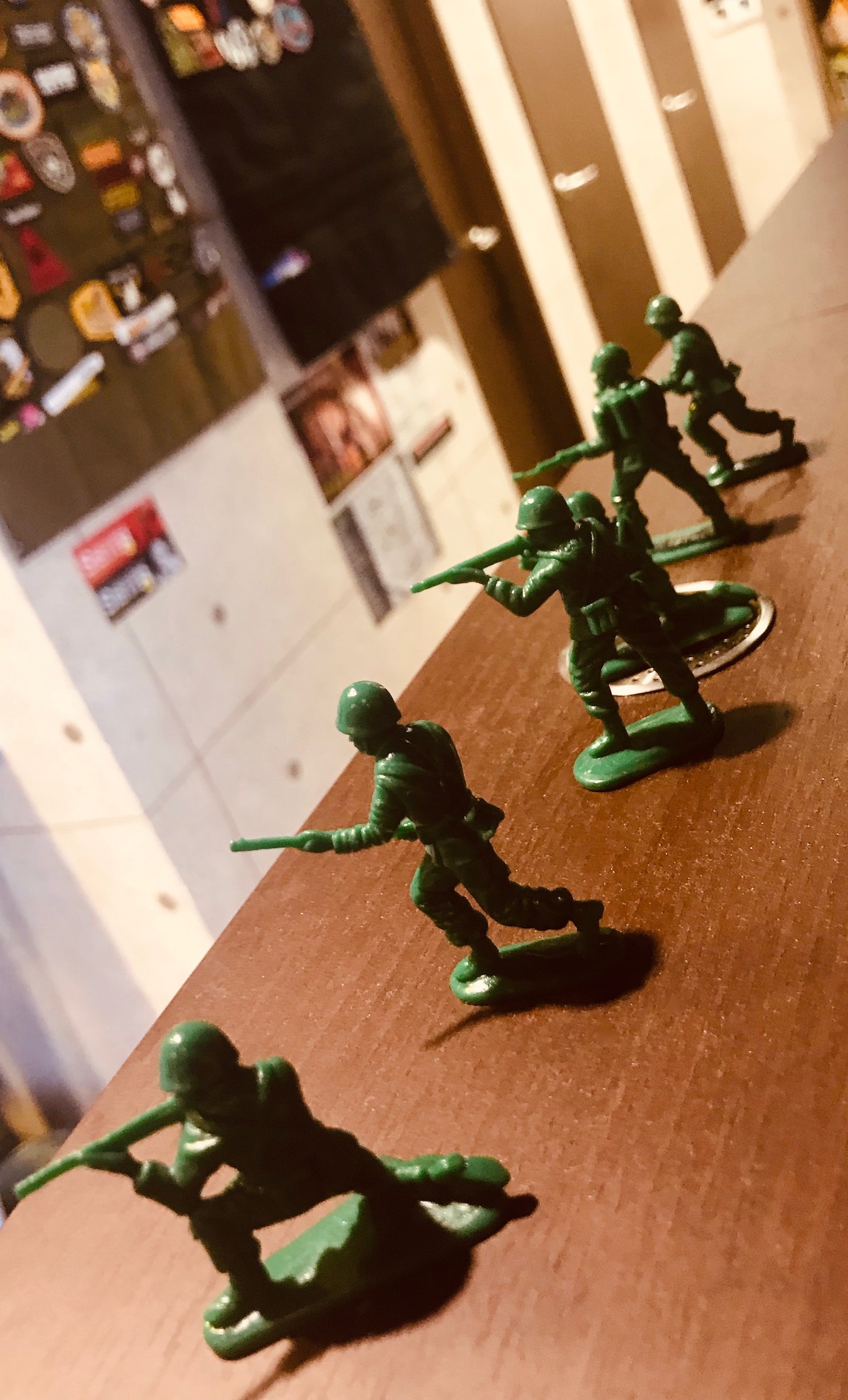 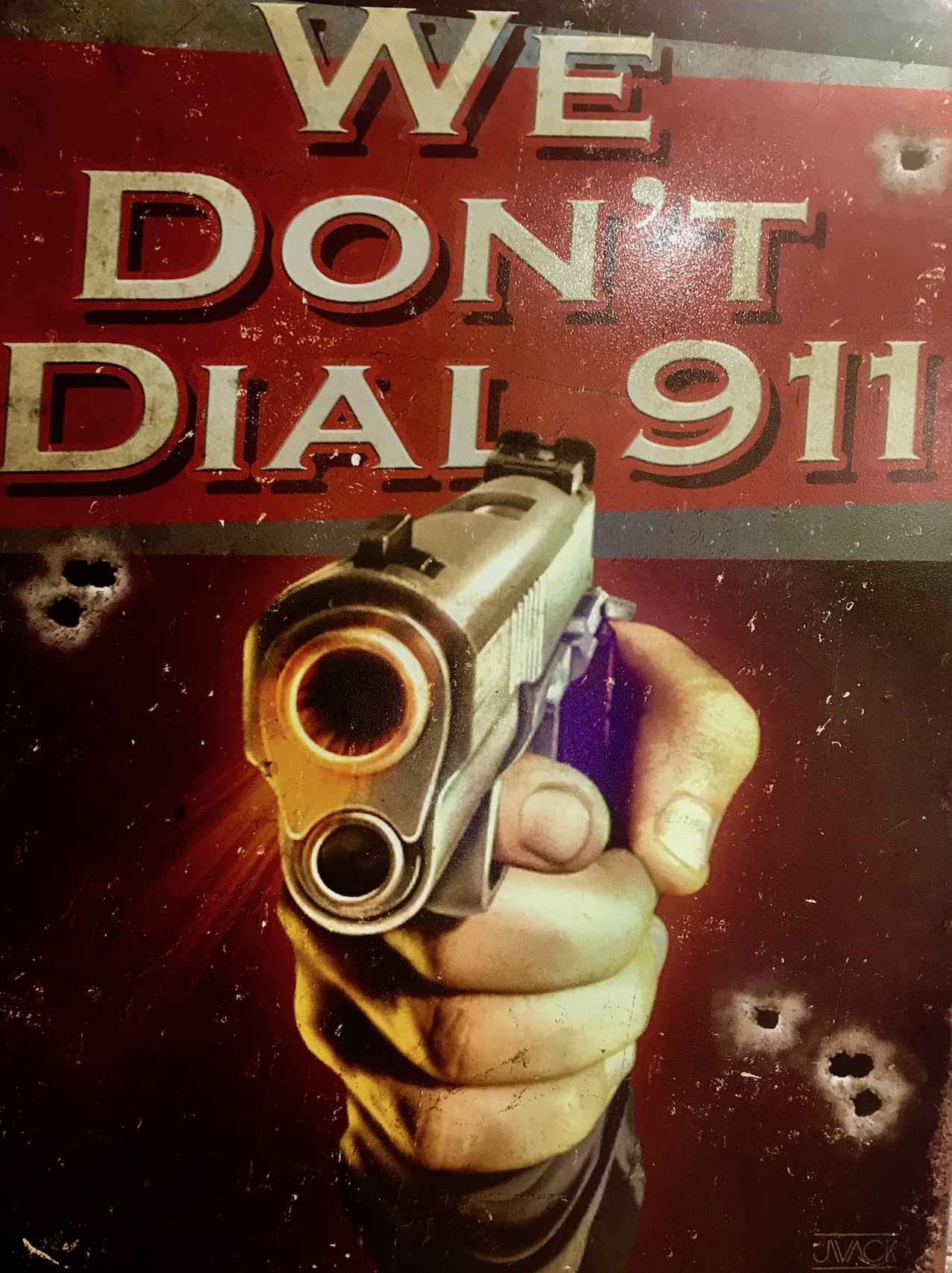 As expected the place was kitted out in gun paraphernalia, from wall-mounted airsoft guns and toy soldiers to the little shop selling Akiba Base products and a somewhat dubious poster proclaiming: We Don’t Call 911! 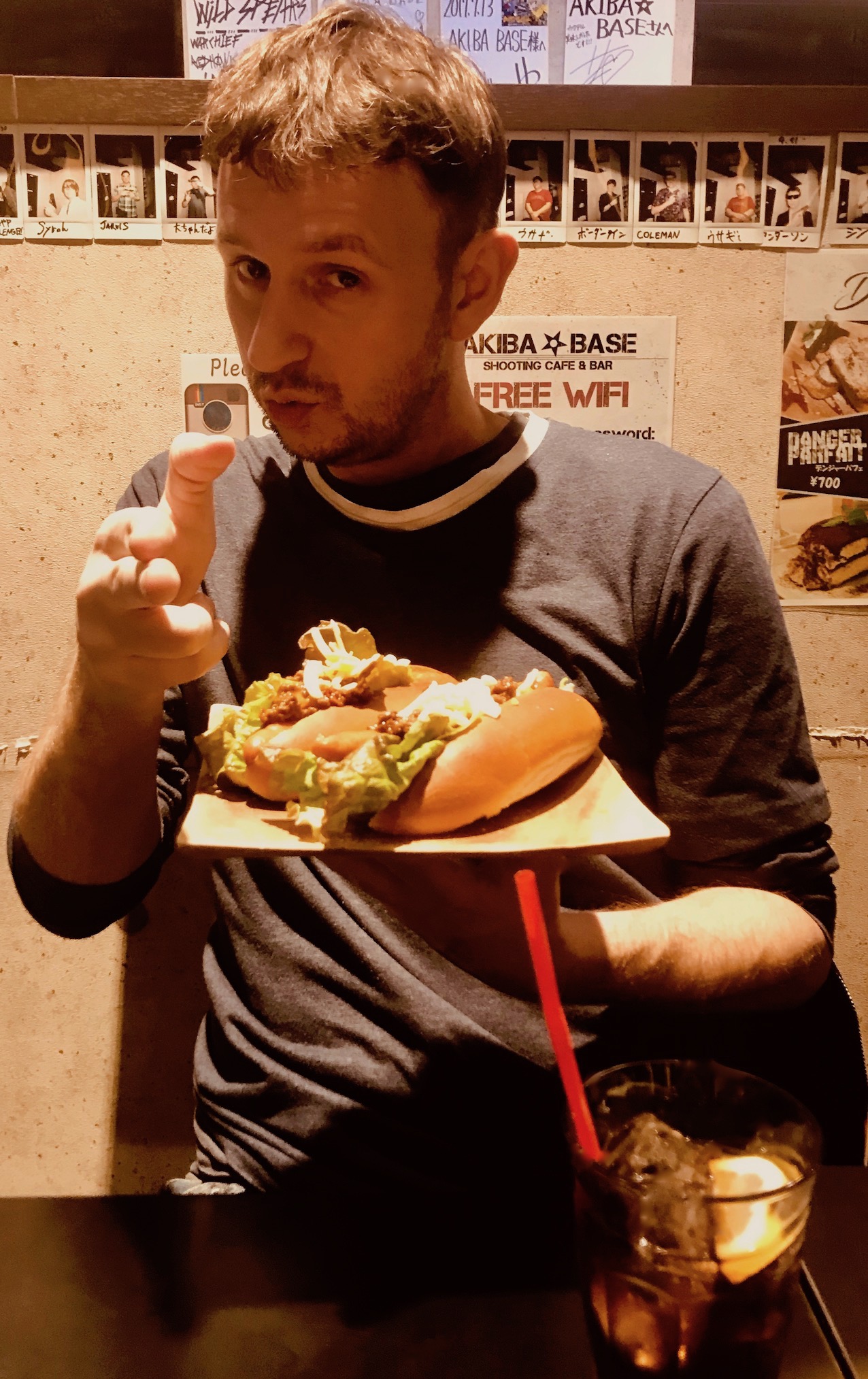 February 2019. Akiba Base Shooting Café has a single shooting range but in all honesty I was more interested in getting my hands on some hot dogs, which is exactly what I did! Gun or no gun, these babies were going dooooooown!

February 2019. I really couldn’t be assed to do any shooting. In any case Wonderboy was keen to fire off a round, so I followed him into Akiba Base’s shooting room and took a video of his fun albeit brief antics. Having never gone shooting before, he went for the ideal Trial Course offer where you get to unload one magazine on one paper target for 800JPY (£5.40/€6.30/$7.15). Not too shabby! 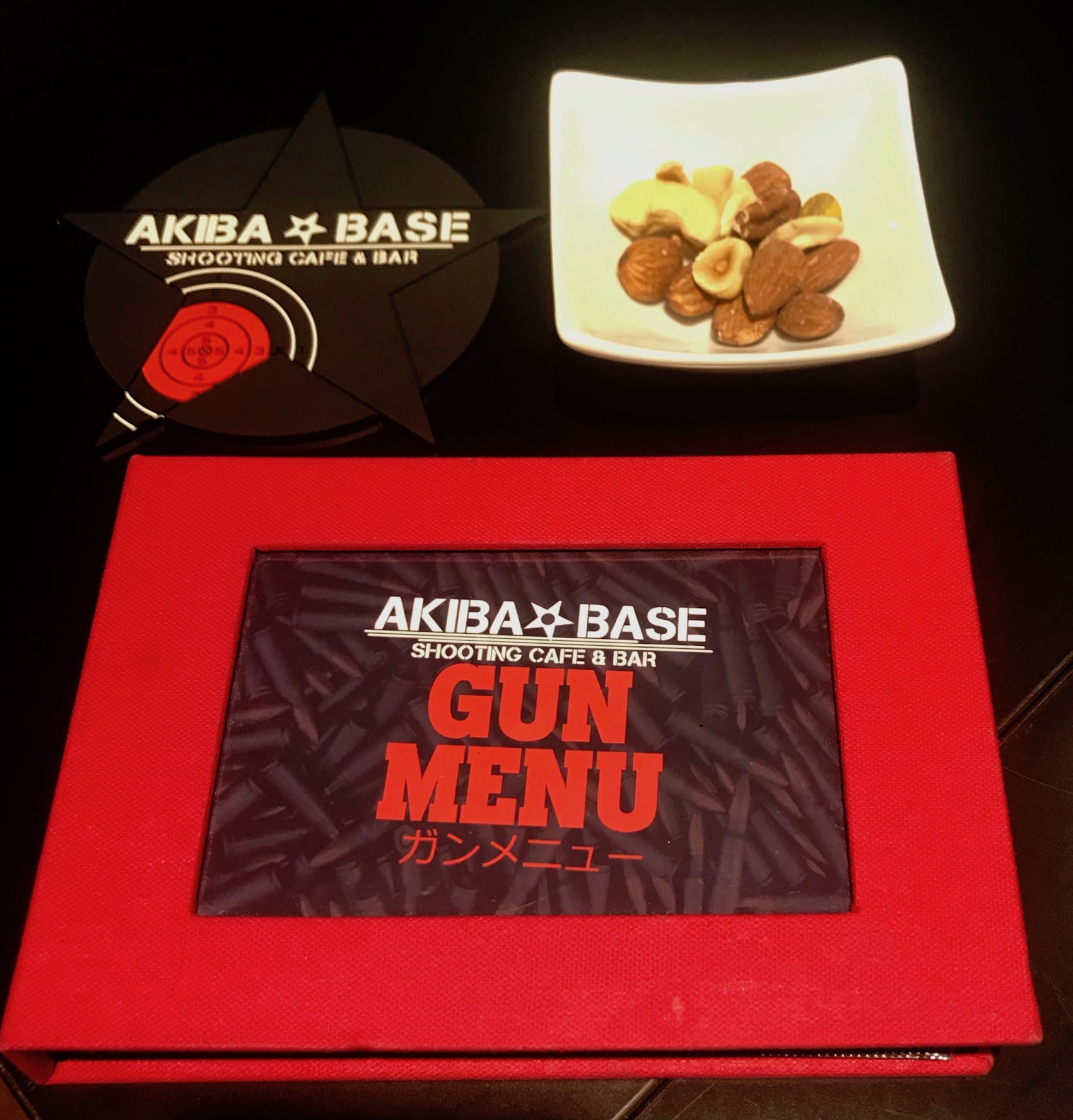