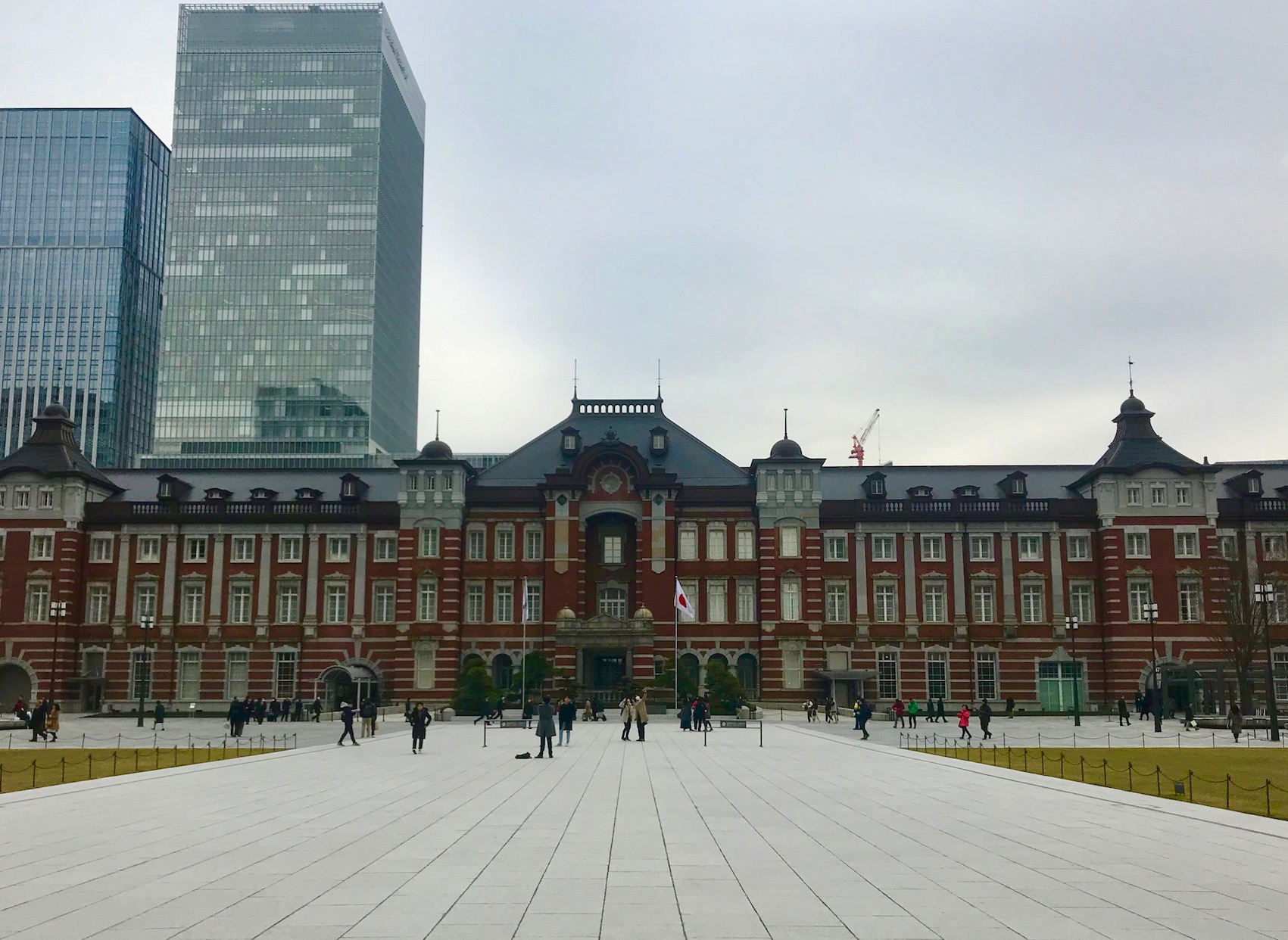 February 2019. Lo and behold the gorgeous red brick façade of Tokyo Station, the Japanese capital’s colossal, three-storey railway hub! Located in the heart of the city’s bustling Marunouchi business district, the station dates back to 1914 and was heavily inspired by Amsterdam’s Centraal Station, a building I used to pass through every day on my way to work when I lived in the Dutch capital. 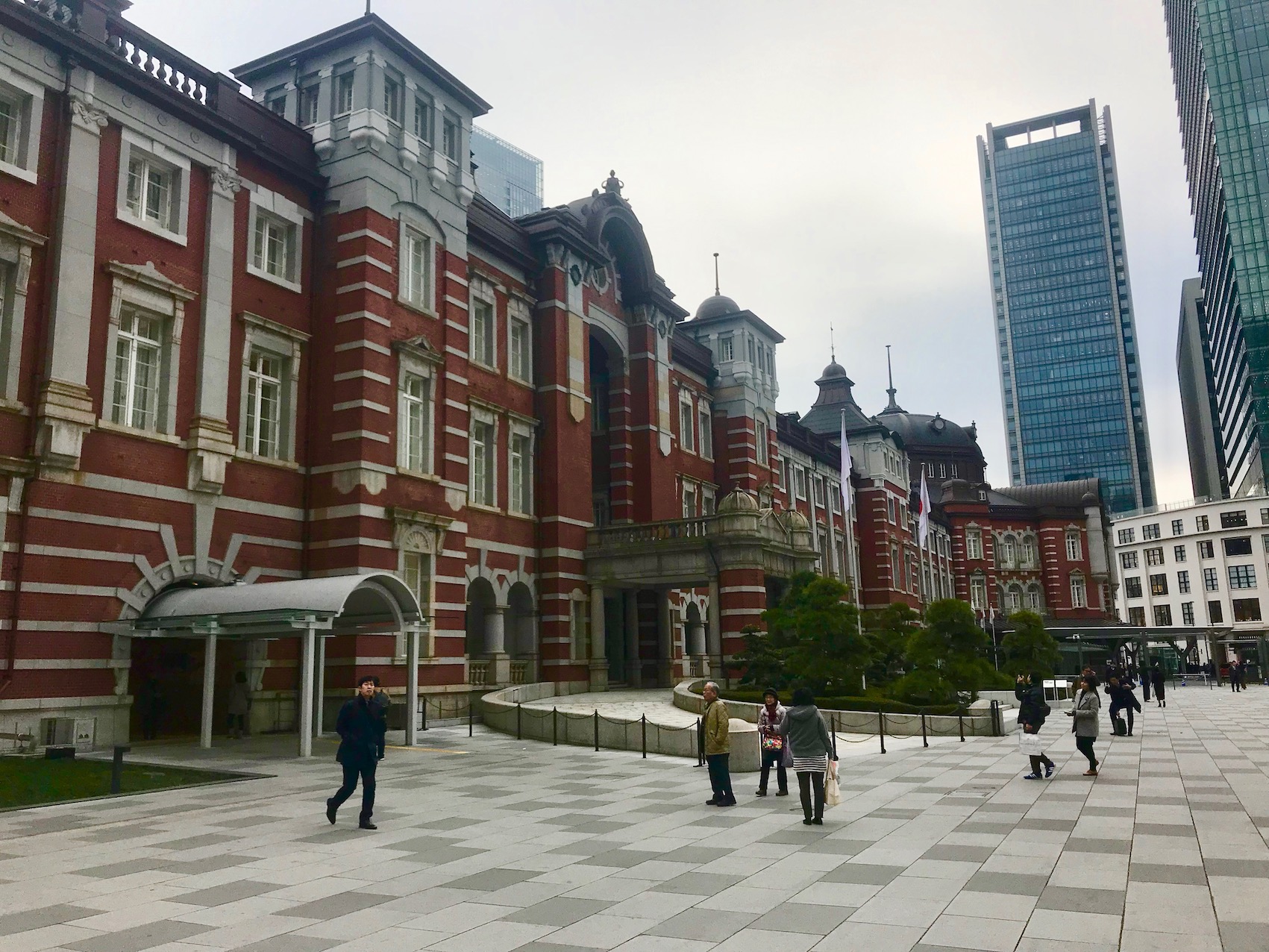 February 2019. Wonderboy, Rich and I had no intention of taking a train on the afternoon of our visit. We simply wanted to see the station, which has become a popular attraction in its own right. We approached Tokyo Station from Marunouchi North gate with its vast open square and flanking skyscrapers. 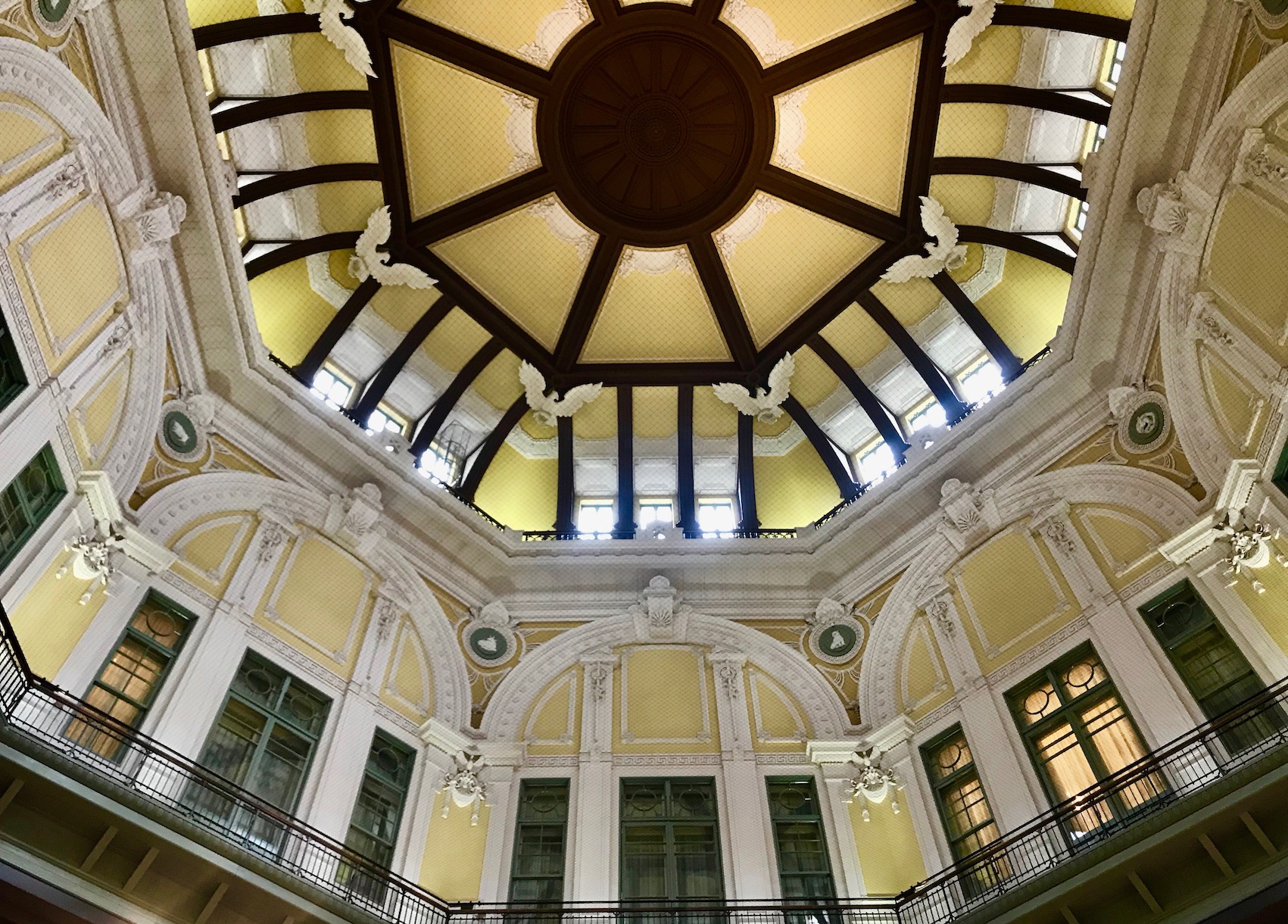 February 2019. The impressive architecture continues inside. Just look straight up and check out the amazing domed ceiling with its white eagles. For the best views of all, why not consider a night in the opulent Tokyo Station Hotel, where domeside rooms offer unrivalled views of the ceiling, not to mention scurrying streams of passengers below. I won’t spoil this little fantasy by mentioning the nightly rate!

February 2019. There’s so much to see and do inside Tokyo Station that a large chunk of the complex has been named Tokyo Station City. Here you can shop till you drop in the seemingly infinite array of stores and boutiques, while hungry stomachs should head for Kitchen Street, where you can pretty much eat whatever you want. The only difficulty is navigating the maze of lanes to find your restaurant. This is exactly what we did and it was here at Tokyo Station that we enjoyed our first Japanese Sushi experience at the outstanding Gran Gourmet.

To complete my Tokyo Station experience, I also got to pass through as a passenger some days later when I took the Shinkansen bullet train from Mount Fuji back to Central Tokyo. It was INSANELY busy that evening as I found myself disembarking at rush hour and having to haul myself onto the subway system. But still, compared to the obnoxious social behavior of Beijing and the unreliable shit-doesn’t-work-ness of London, relatively manageable!

Tokyo Station can be paired up with a visit to the nearby Imperial Palace East Gardens. It’s just an 11-minute walk from the gardens’ Ote-mon Gate.