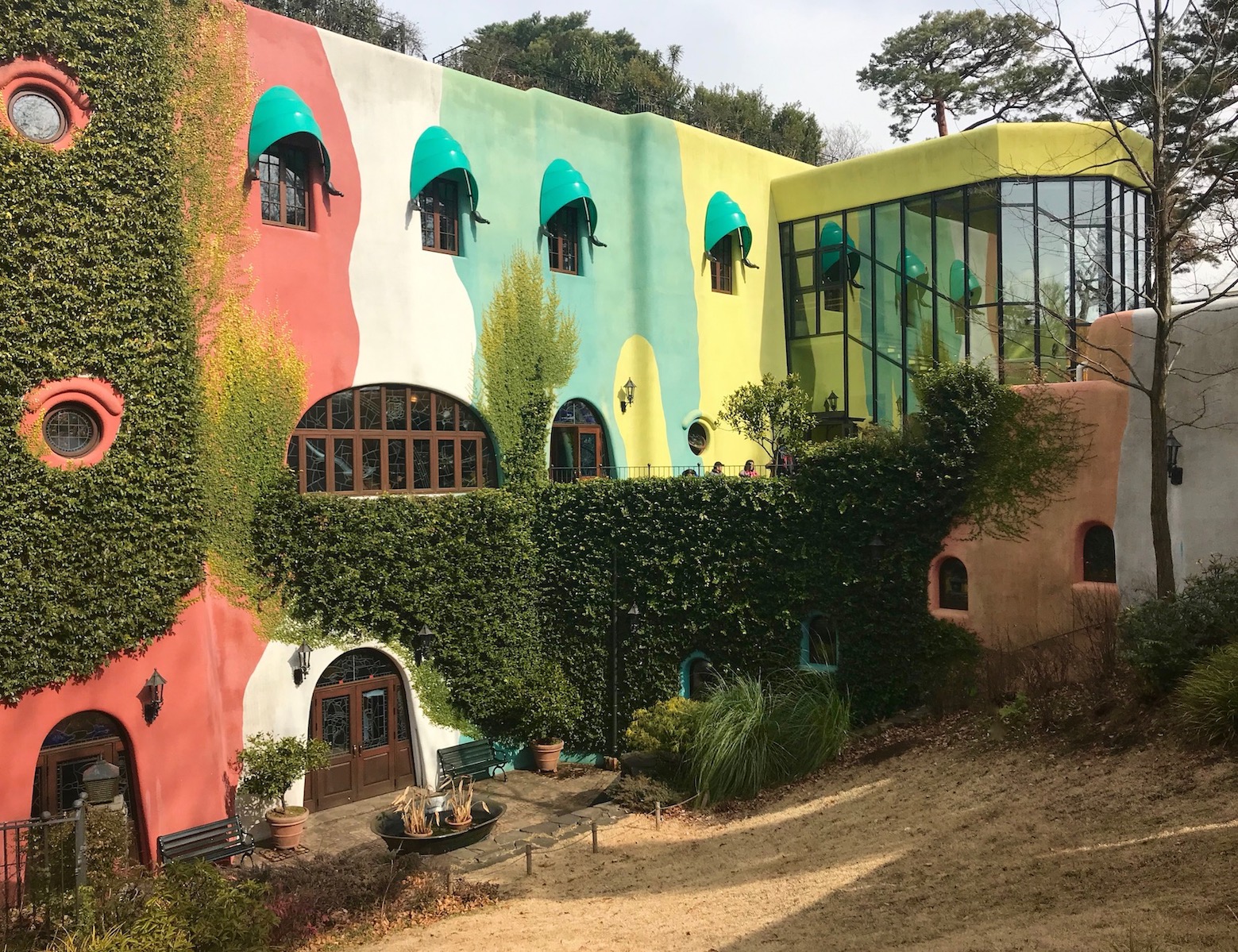 February 2019. A few years ago I was diligently ticking off films in my 1001 Movies You Must See Before You Die book when I happened across an animated Japanese movie called Spirited Away. I’d never seen a Japanese anime film and true to the book’s glowing review it was en excellent flick, telling the tale of a little girl called Chihiro who finds herself propelled into a fantastical world ruled by gods, witches and spirits. 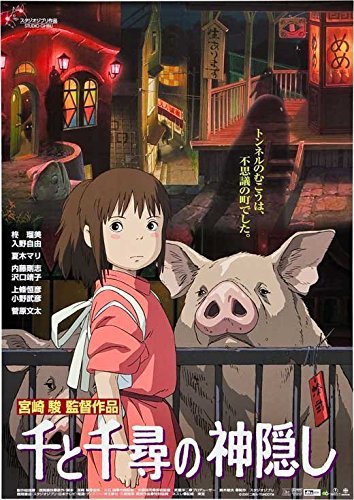 Spirited Away was made by Japan’s magnificent Studio Ghibli, a film production company formed by cinema maestros Hayao Miyazaki, Isao Takahata and Toshio Suzuki. I’d always meant to watch more Ghibli movies, but it wasn’t until I’d booked my trip to Tokyo and read about The Ghibli Museum that I decided to dig deeper. And so my flatmate David and I embarked on a truly amazing chronological journey through the Ghibli filmography, dispatching nineteen official feature length titles in three weeks. 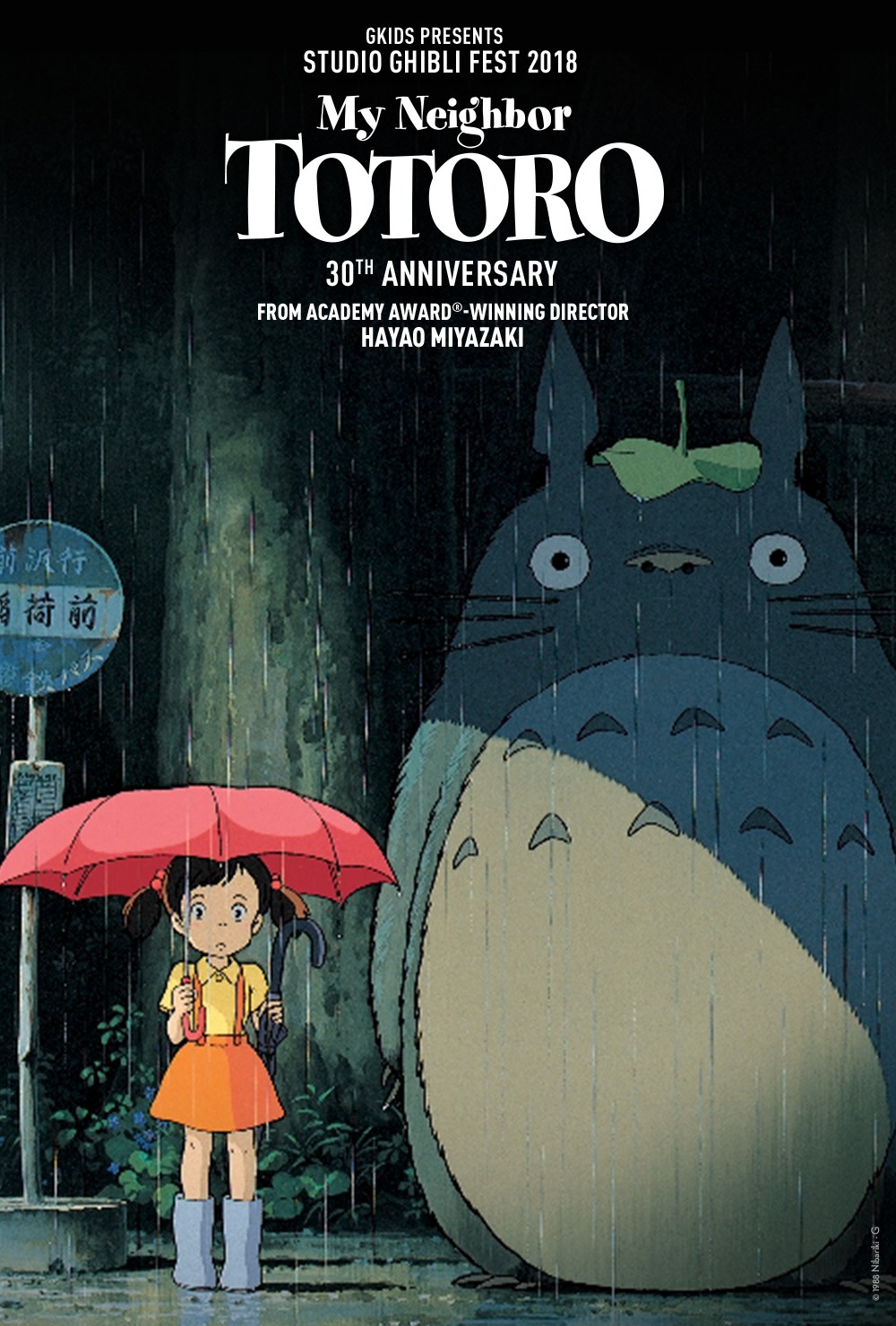 For anyone unfamiliar with Ghibli these are some wonderful, wonderful films, from early benchmarks like Castle in the Sky, My Neighbor Totoro and Porco Rosso, to cinematic landmarks like Howl’s Moving Castle and Princess Mononoke, as well as personal favorites Kiki’s Delivery Service and Whisper of the Heart. 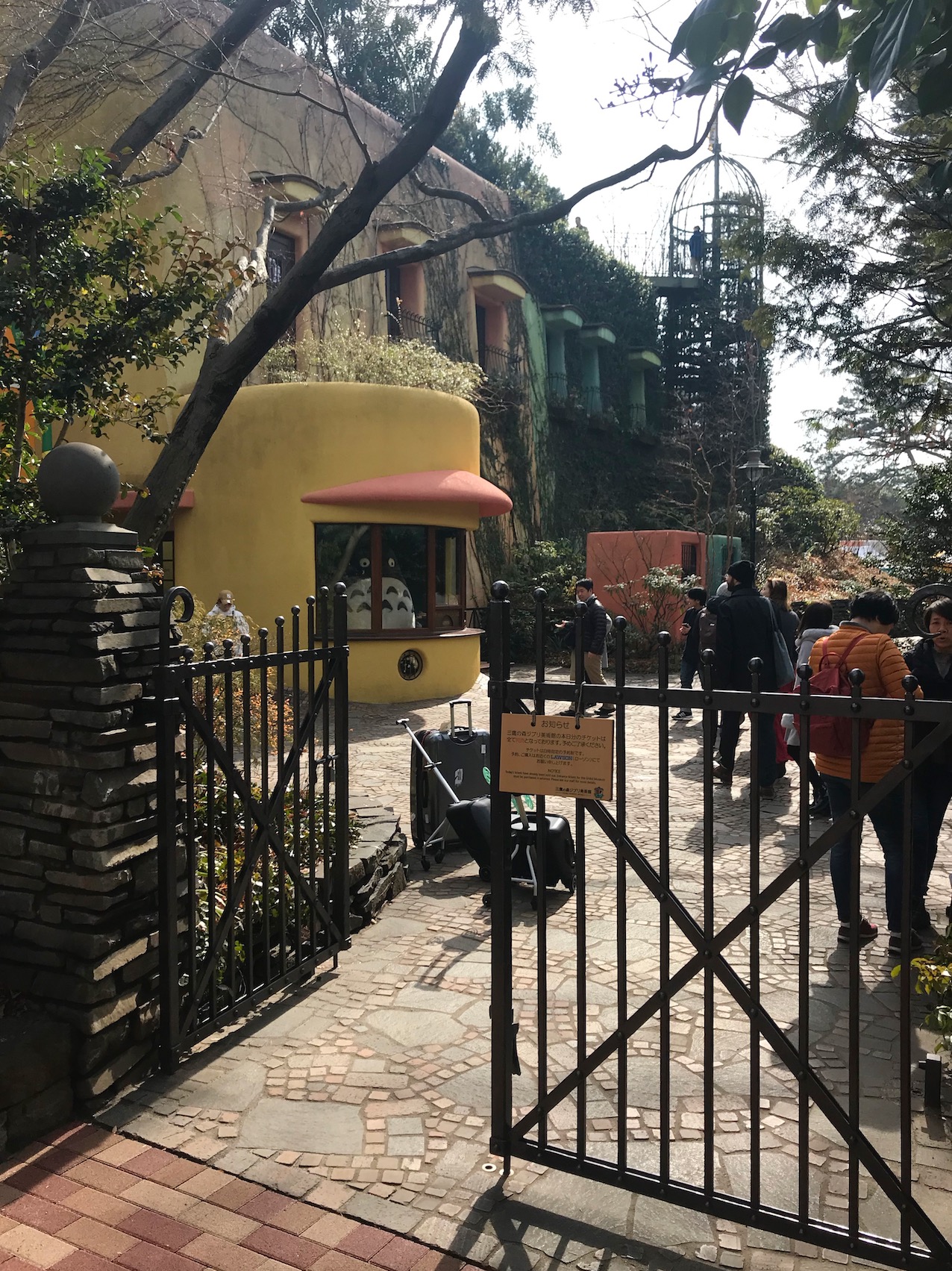 The entrance to The Ghibli Museum, Tokyo.

Needless to say my appetite had been well and truly whetted by the time I rolled up at the gates of Tokyo’s Studio Ghibli Museum, a sprawling townhouse complex located in the city’s leafy Mitaka district. For fans of the Ghibli movies this is a true pilgrimage, an absolute Mecca of a sight romantically designed in the style of the movies themselves. In fact, the studio’s primary director Hayao Miyazaki played a major role in the museum’s design and construction and you can feel the love and care throughout as you explore the place. 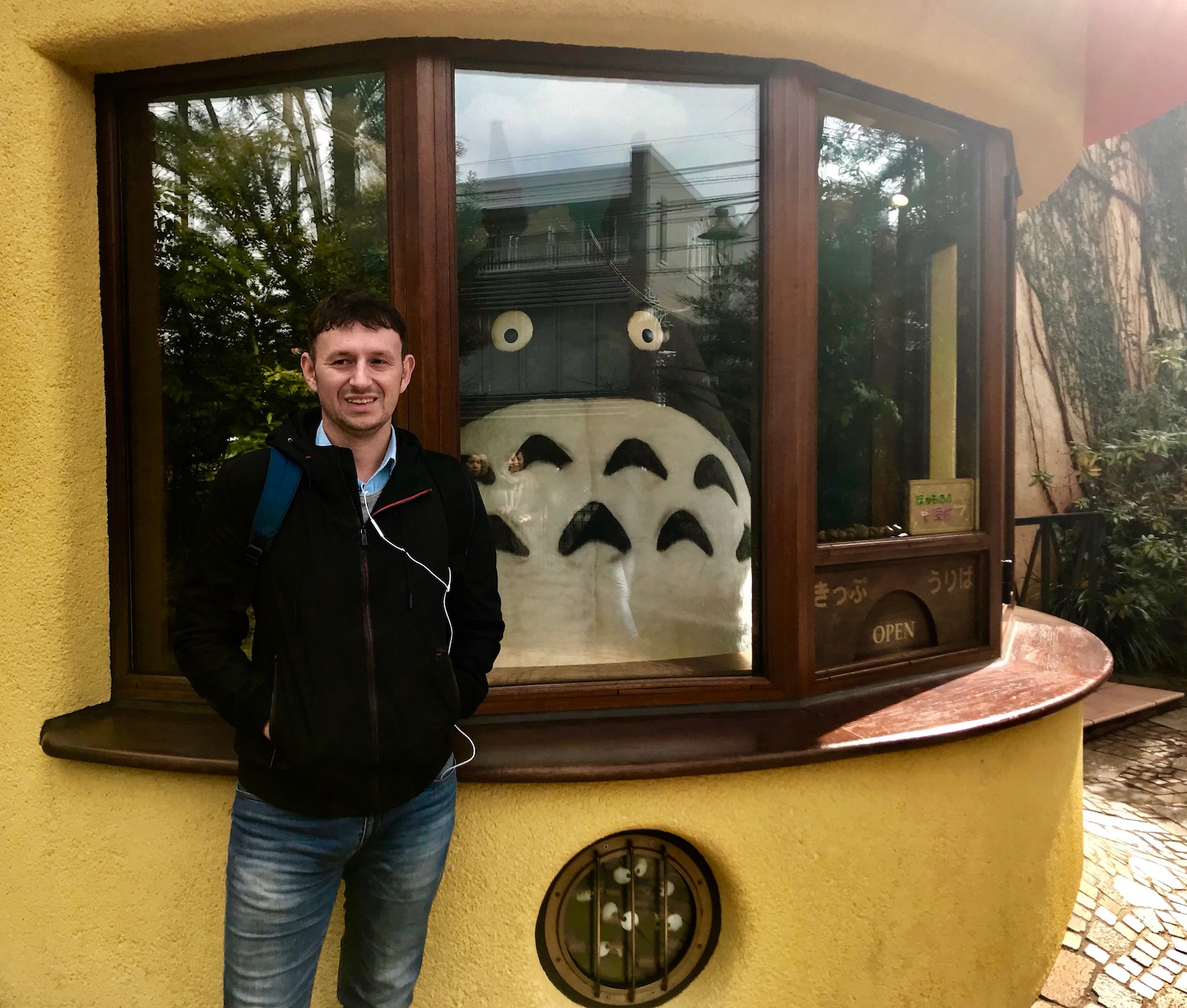 With Totoro at The Ghibli Museum.

My Studio Ghibli experience started in the courtyard outside the main building where there was a palpable sense of expectancy among the gathered Ghibli devotees. Before joining the orderly queue to get inside (all queues in Japan are orderly), stop by one of the courtyard windows for a shot with Totoro. 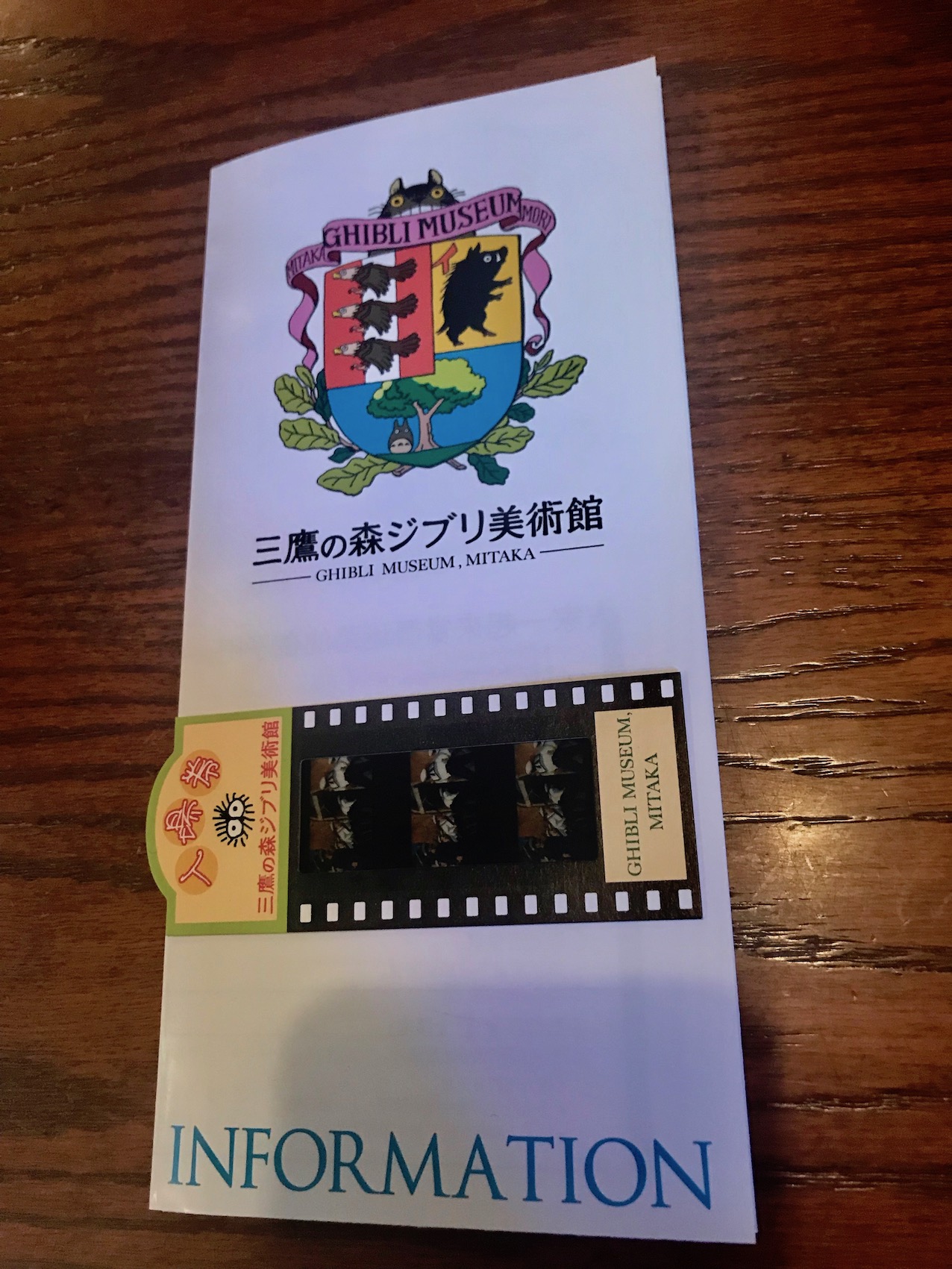 February 2019. Check in at Ghibli Museum’s reception where a friendly rep will exchange your online booking confirmation for a really cool entrance ticket that includes an integrated film reel from a Studio Ghibli movie. My still was from Howl’s Moving Castle! 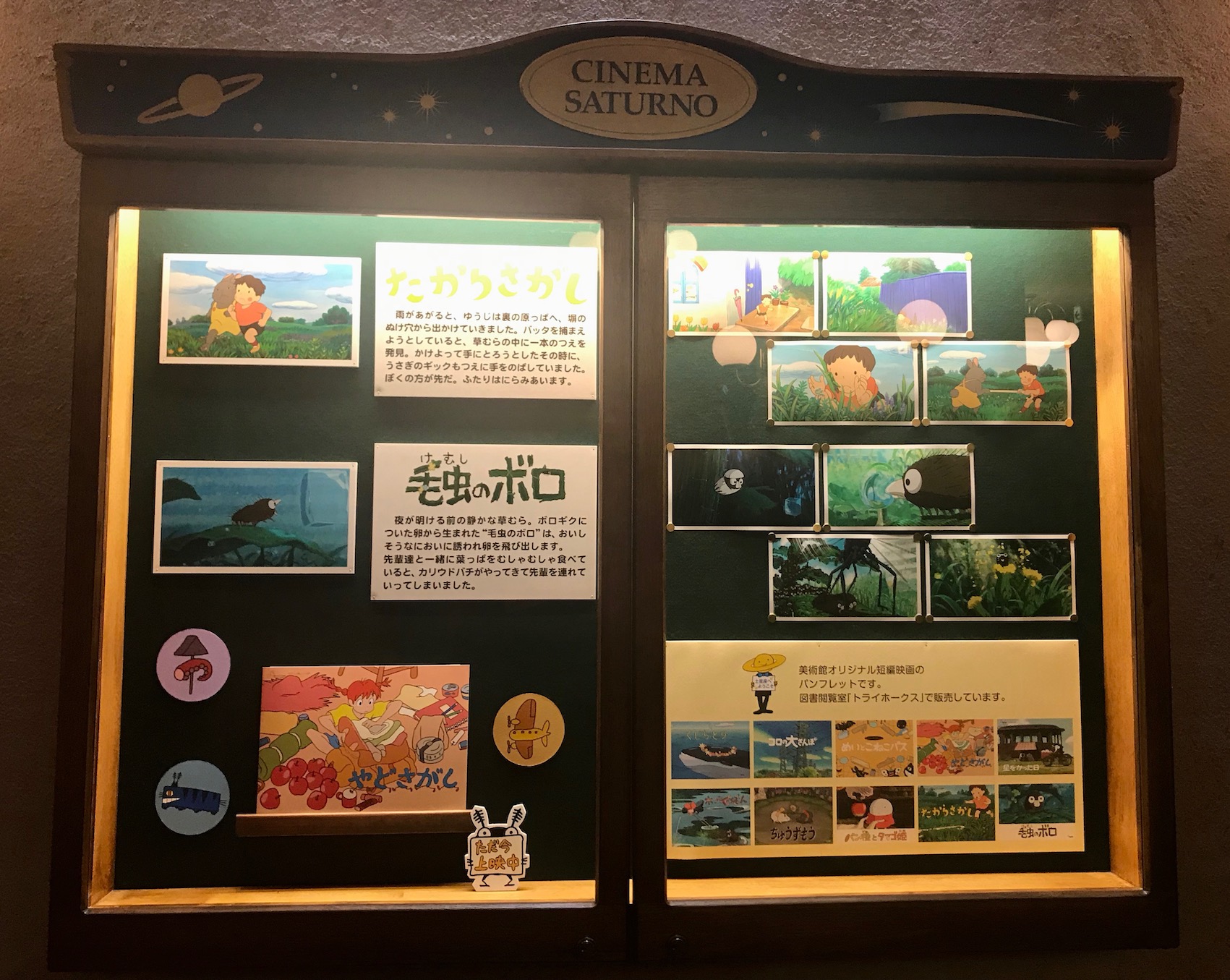 Entering the ground floor’s main chamber and before we even had time to get the lay of the land it seemed we’d arrived just in time for a short movie at the museum theatre, Cinema Saturno. So off we scuttled into a modest but charming retro movie house to watch a special, limited edition Ghibli short only available to museum visitors! 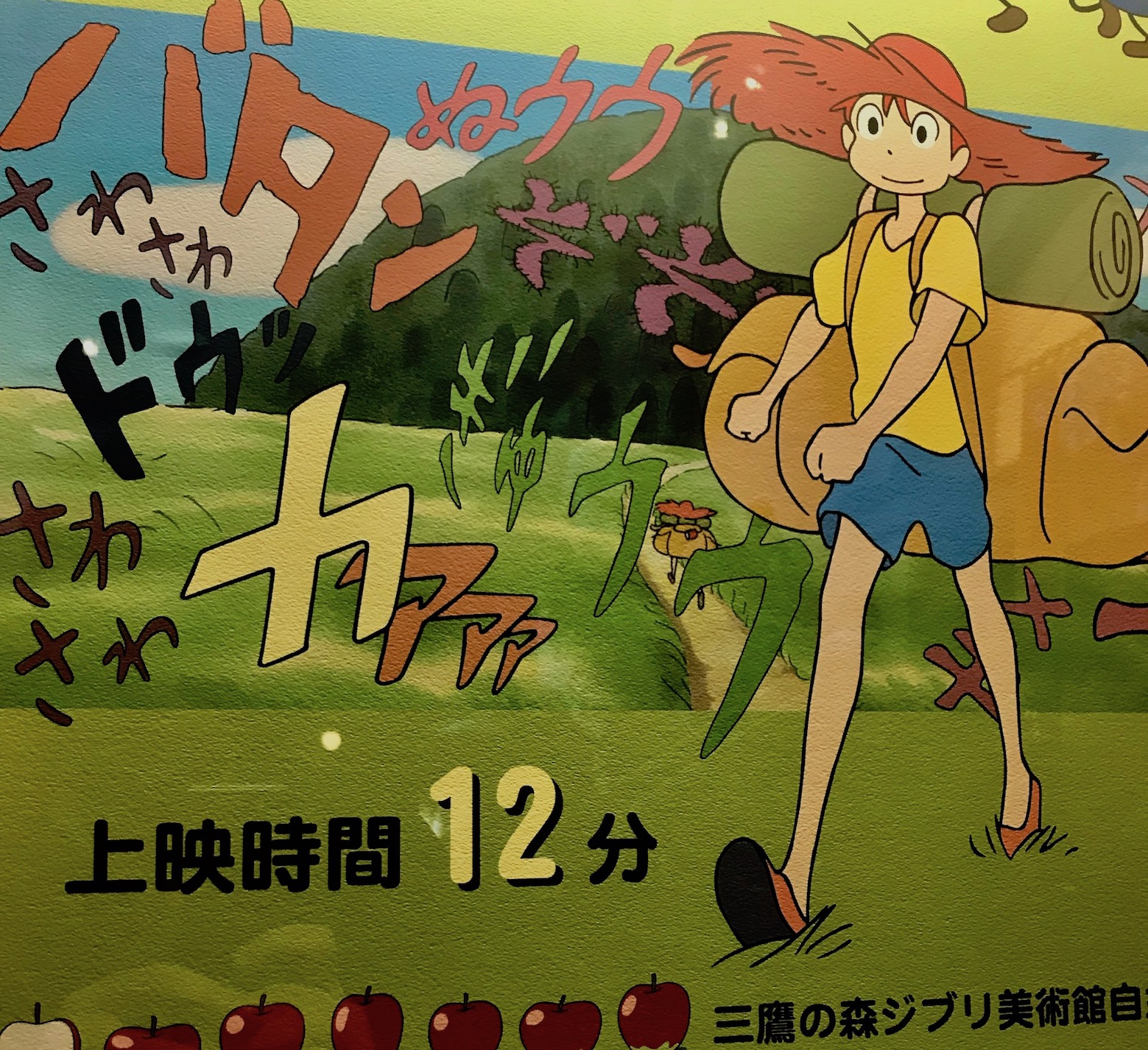 Yadosagashi (looking for a home) – A Studio Ghibli film.

Apparently they rotate the film often and on the day of our visit it was a flick called Yadosagashi (“looking for a home”) about a happy-go-lucky girl who gets more than she bargains for after setting off on a solo camping trip in the woods. How was the movie? It was brilliant of course, because it’s Ghibli. 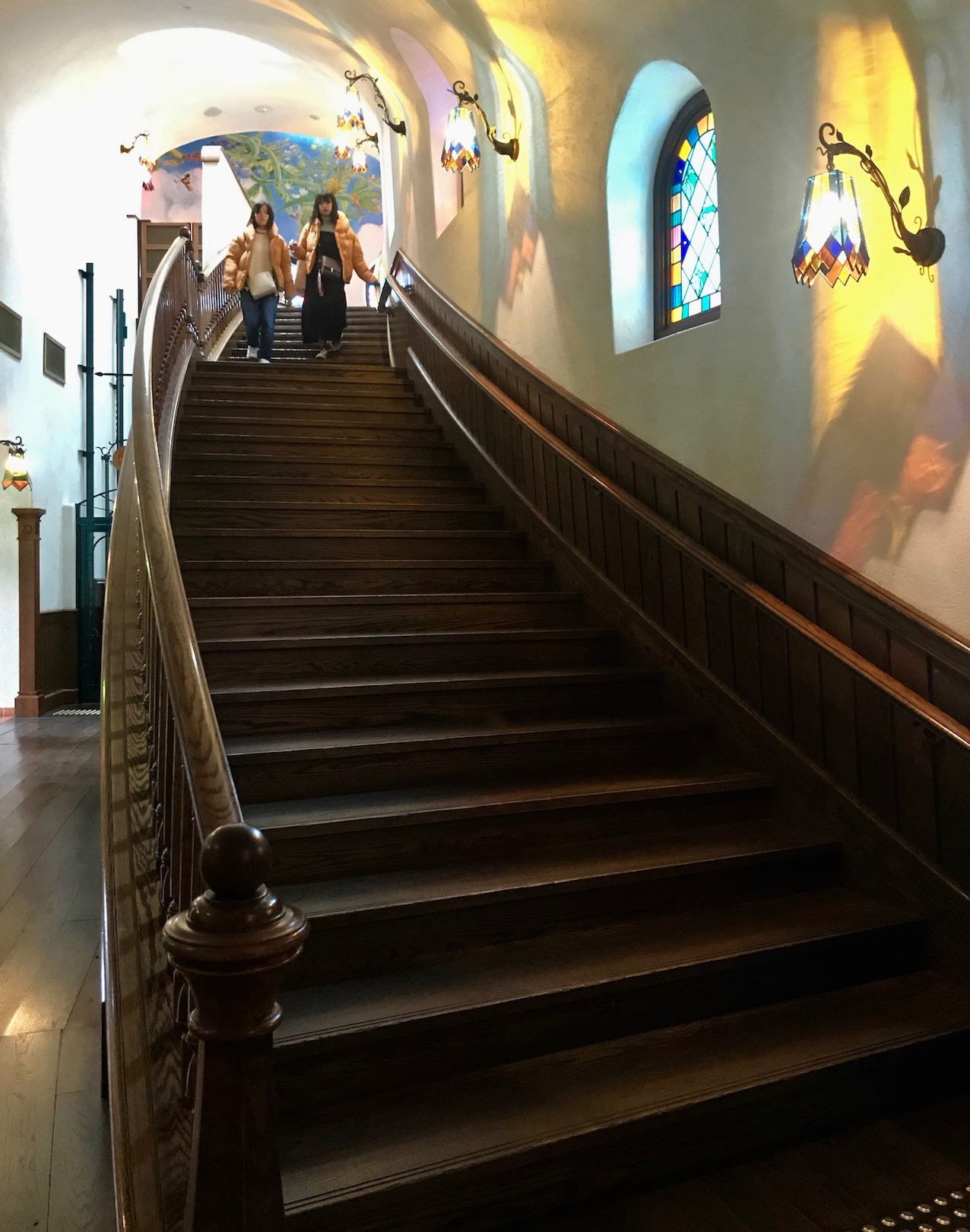 After the movie it was finally time to explore the museum. There’s a strict no photo policy inside, particularly on the ground floor’s Beginning of Movement exhibition on the mechanics of Ghibli animation. I even saw one girl’s phone get confiscated and her photos forcibly deleted on the first floor’s Where A Film Is Born exhibit. This section of the museum is a recreation of a Ghibli writer’s studio, complete with antique furniture, stacks of books, coffee cups, ashtrays and classical European artwork. 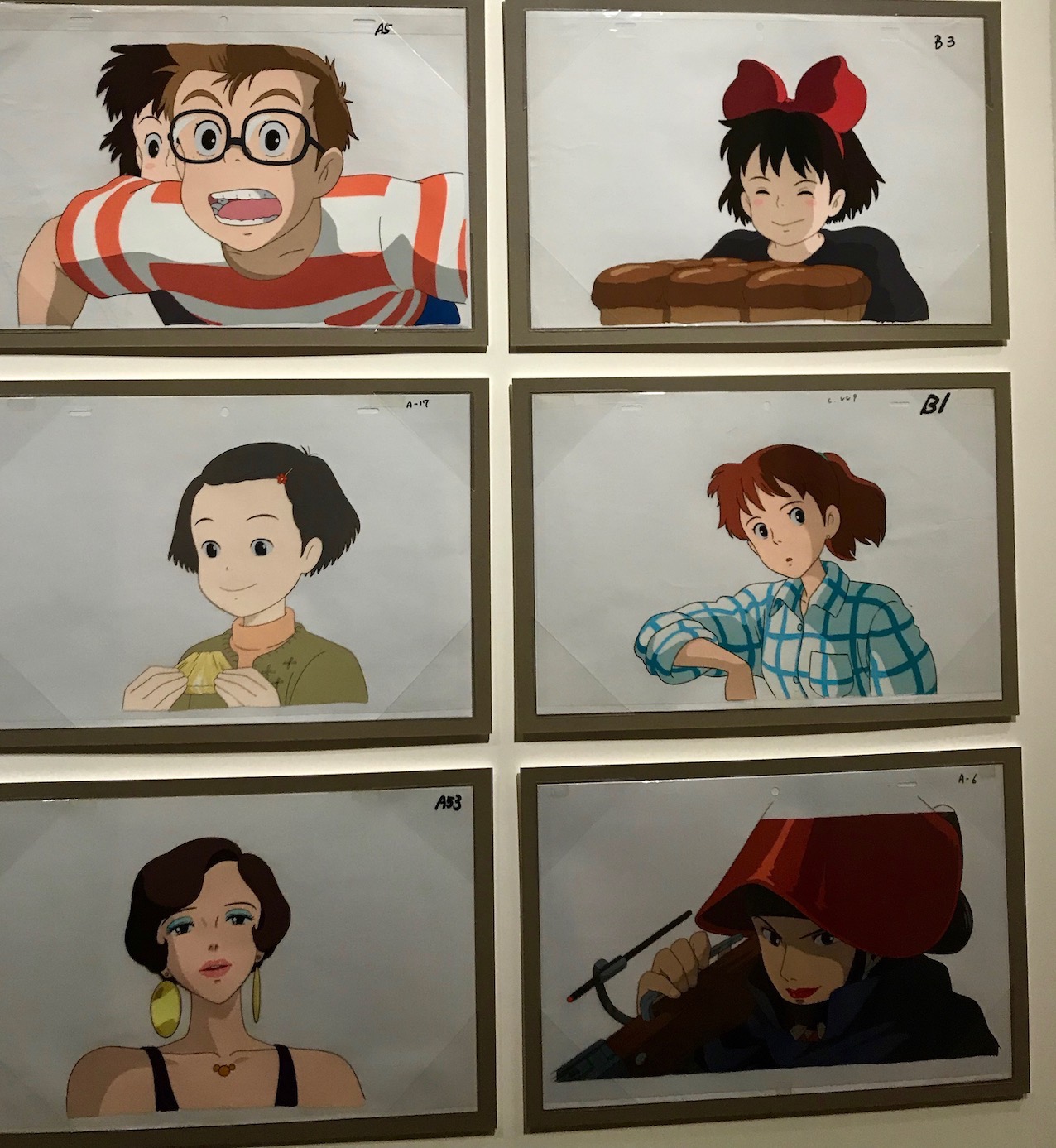 I did manage to get some sneaky shots in the Character Gallery, which documents the evolution of various Ghibli characters from those first exploratory scribblings to the fully fleshed action shots of the movies. A lack of English commentary was a little frustrating, but in some ways everything here speaks for itself well enough. 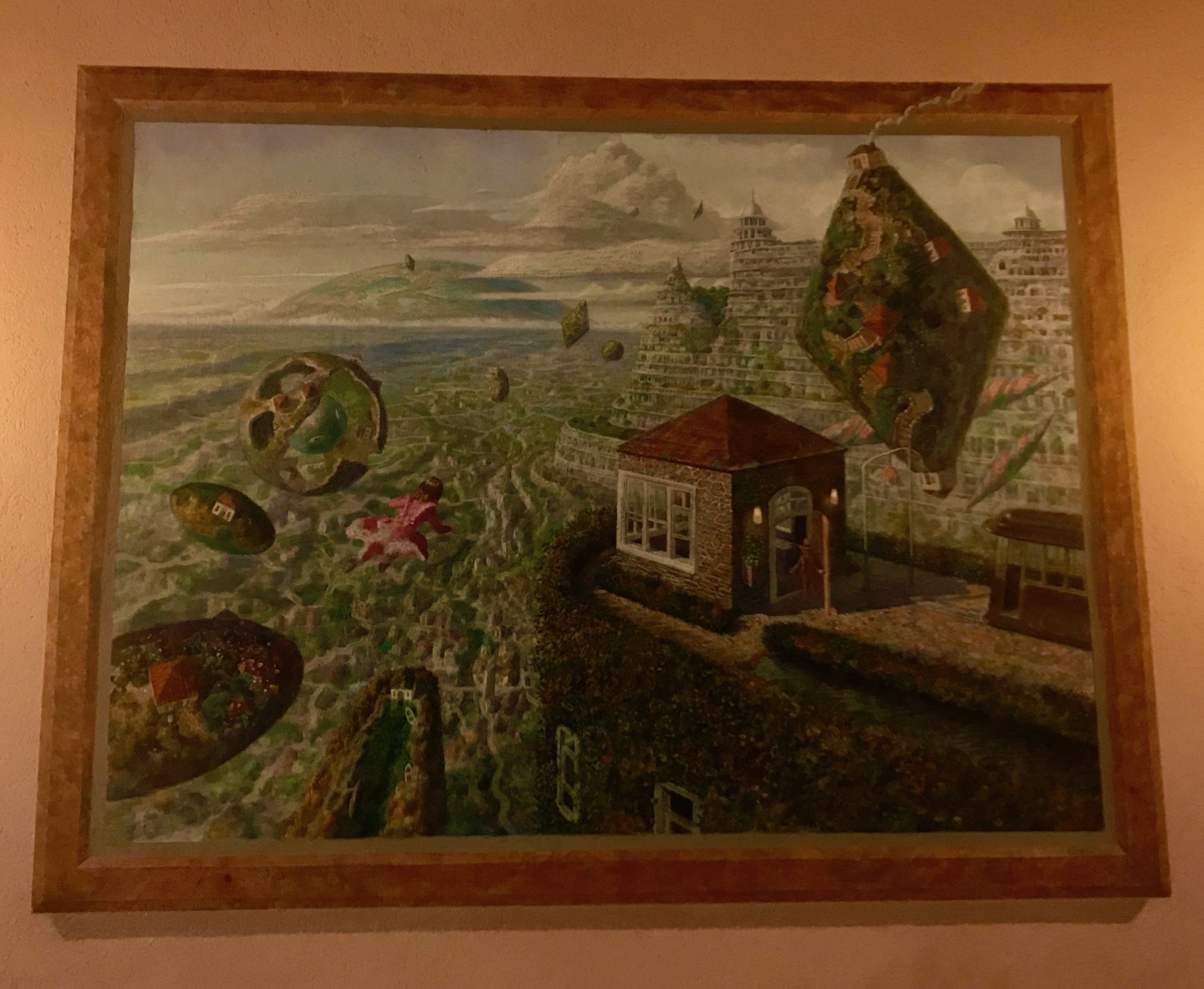 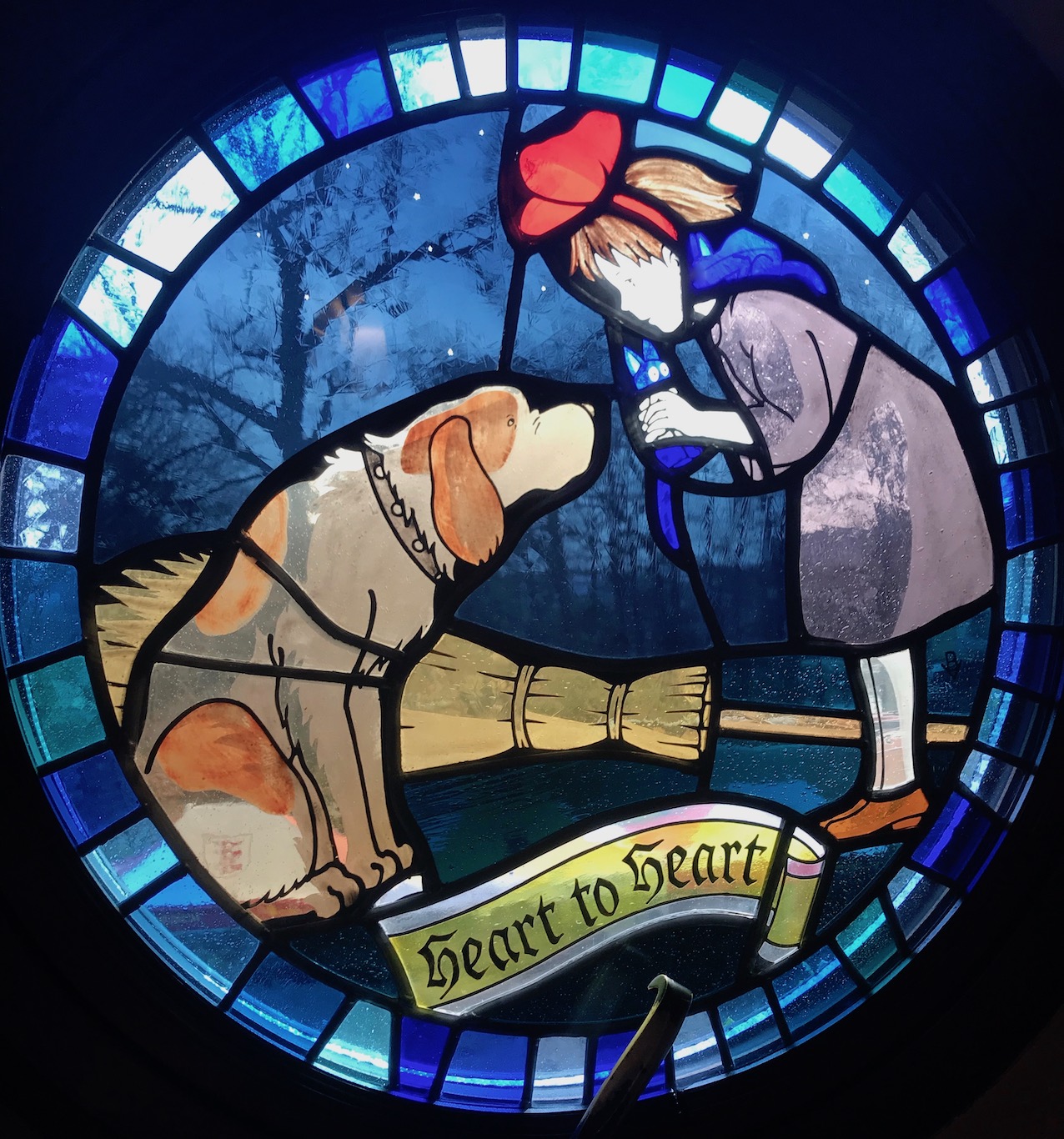 In between the exhibitions there are gorgeous Ghibli touches inhabiting the connecting halls and corridors. Look out for the grand painting of a scene from The Cat Returns, a stained glass window in tribute to Kiki’s Delivery Service and even Castle in the Sky themed toilets! 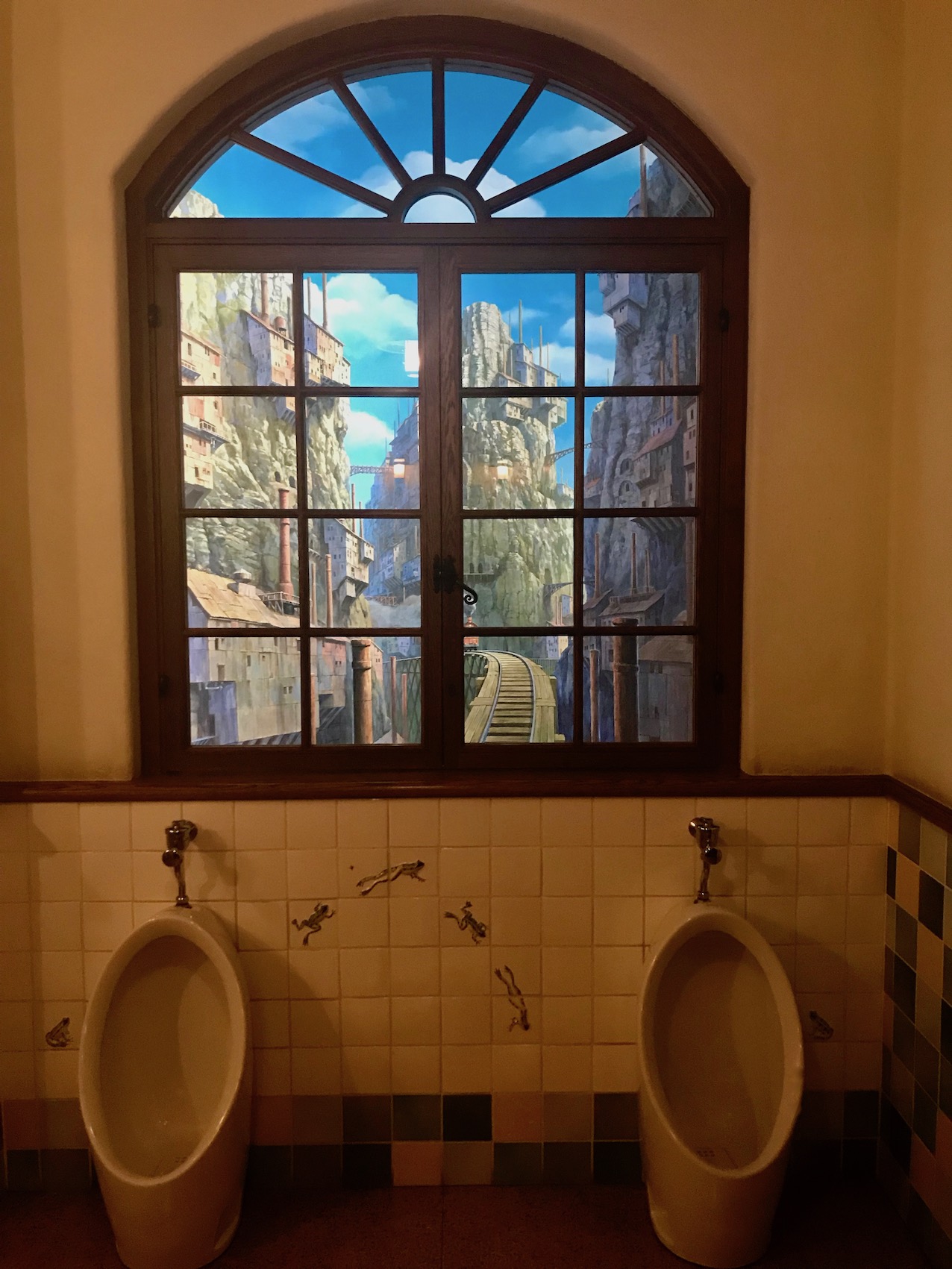 Castle in the Sky toilets – The Ghibli Museum, Tokyo.

If you’re a casual tourist I imagine The Ghibli Museum might be a bit baffling, but for anyone who’s seen even a handful of the films it’s impossible not to be swept up in the romanticism of it all. 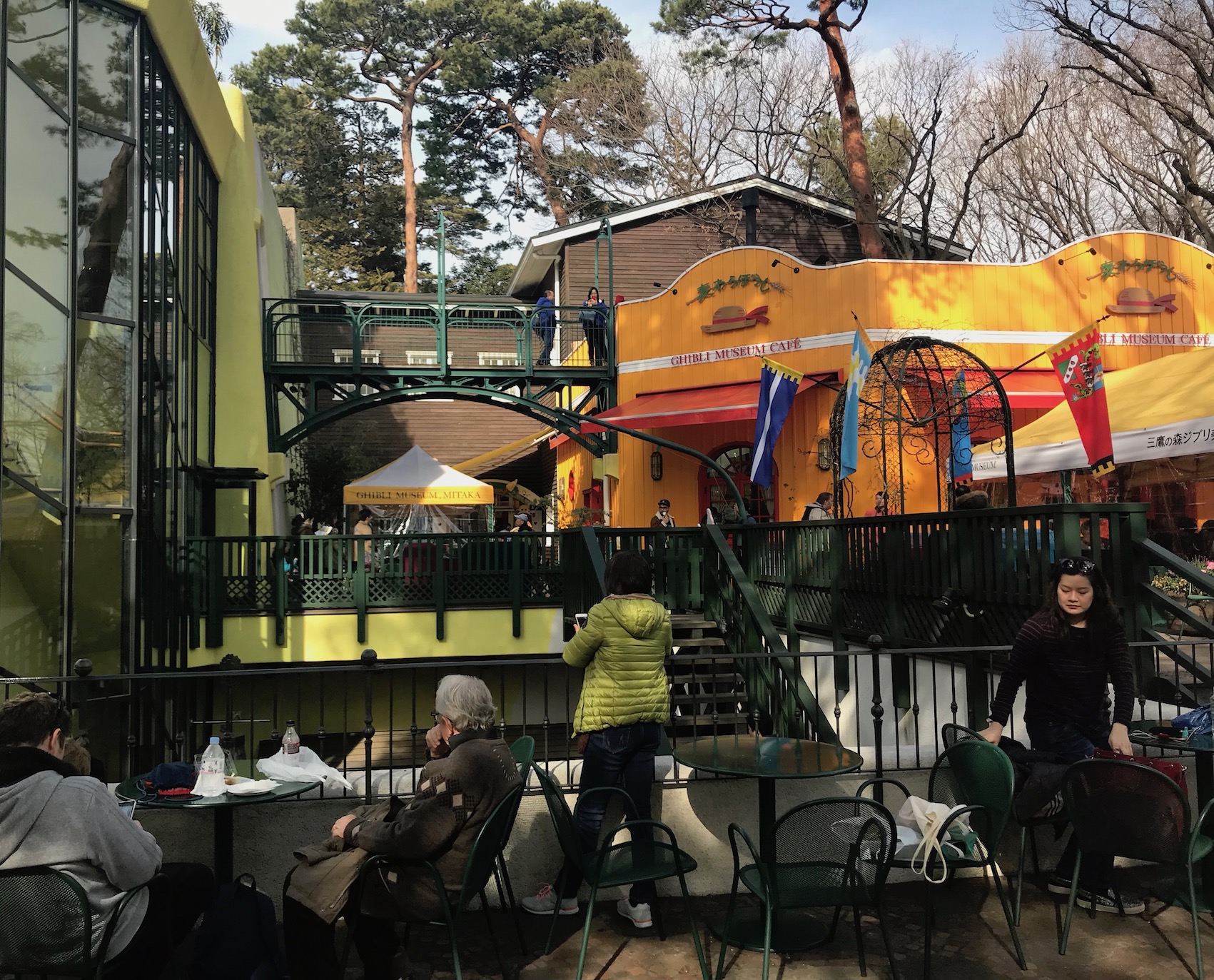 The rooftop – The Ghibli Museum, Tokyo. 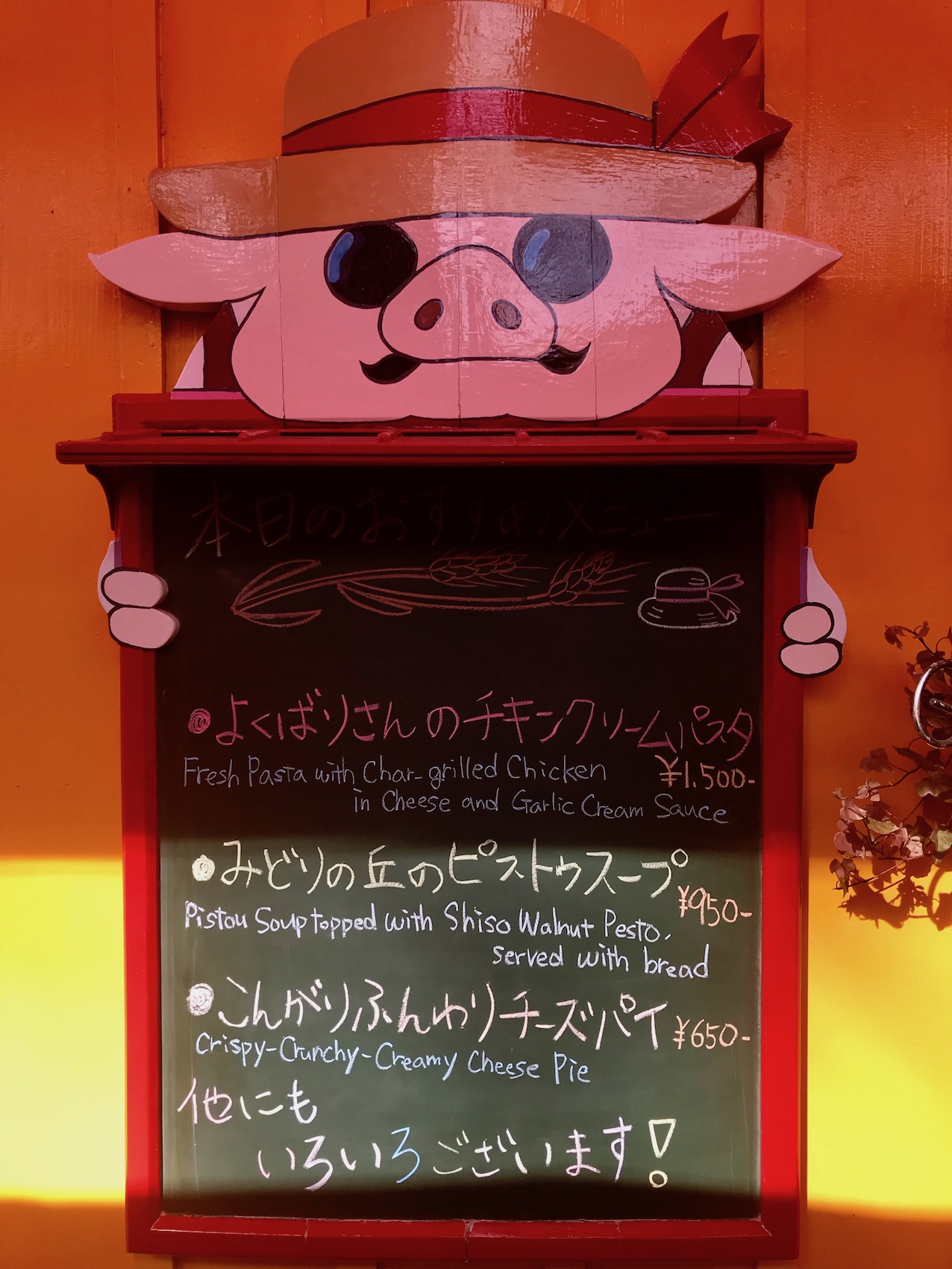 Up on Ghibli Museum’s rooftop, hungry stomachs can be satisfied via the Ghibli Museum Cafe. This place is way too small for the daily demands it faces, so it’s common to have a thirty to forty minute wait for a table. We really couldn’t be assed with that, though it was nevertheless fun to peek inside and check out the Porco Rosso menu board. 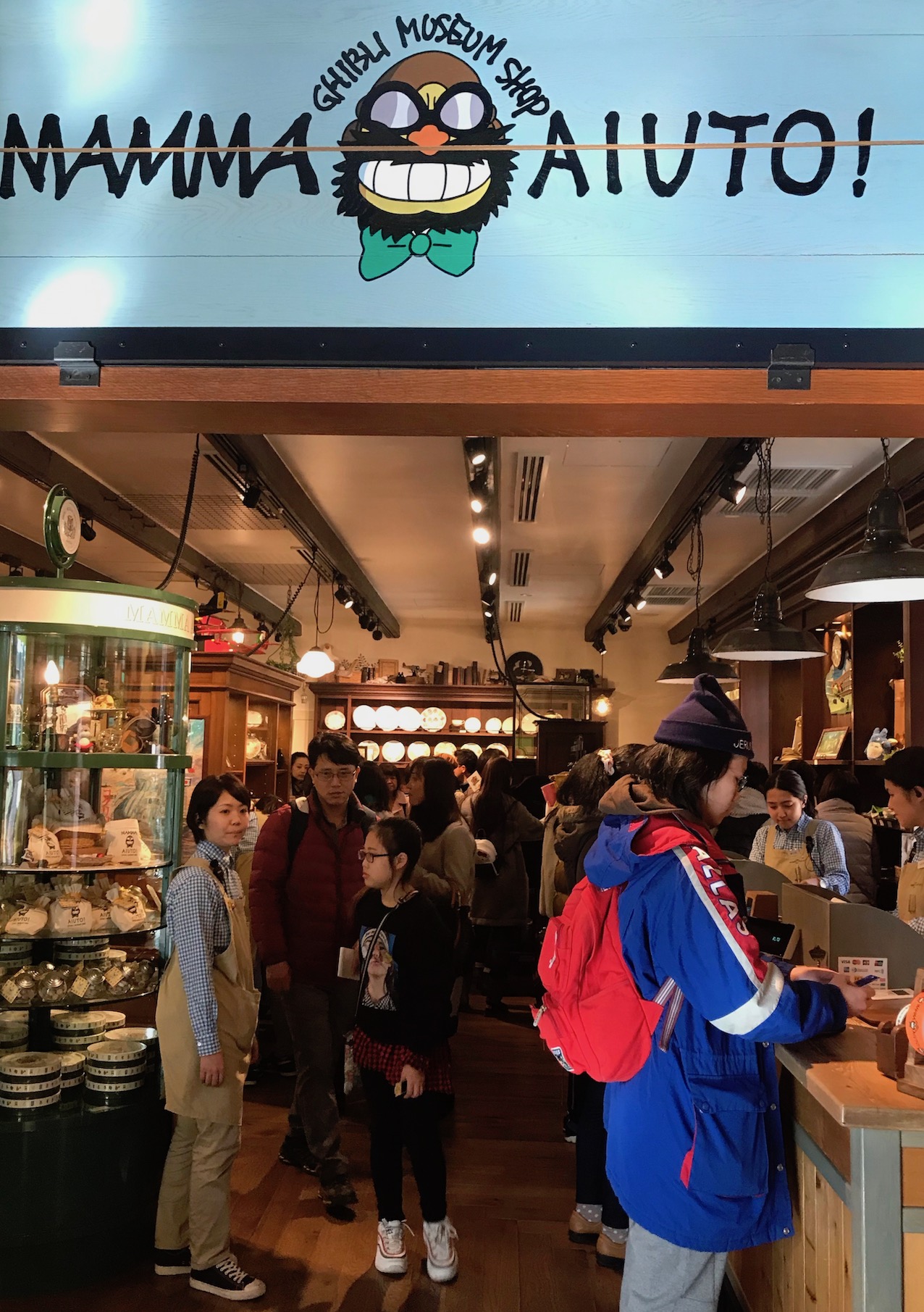 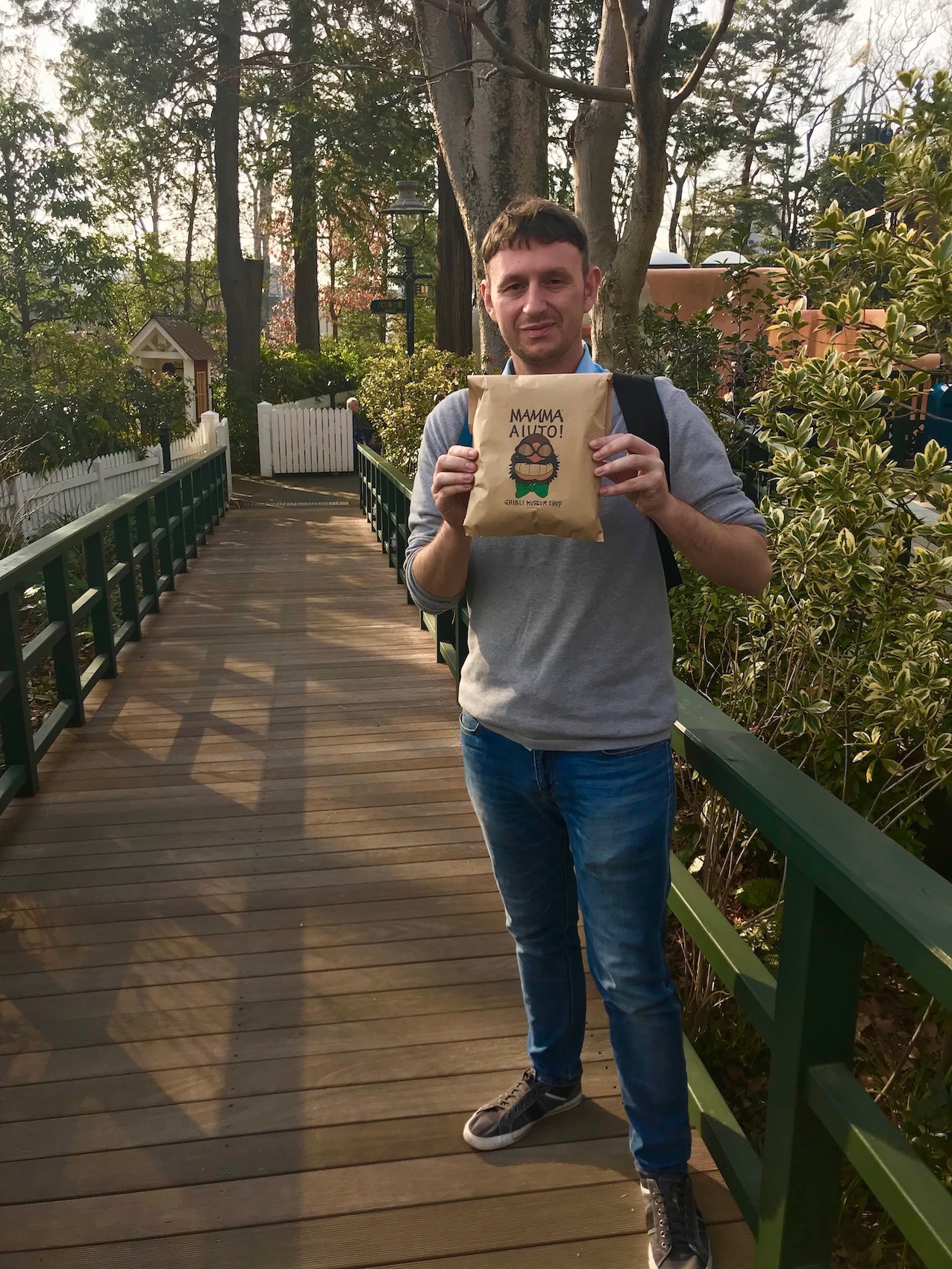 The rooftop – The Ghibli Museum, Tokyo.

The rooftop is also home to the Mamma Aiuto Ghibli Museum Store where the kerchinging of the cash register literally never abates from opening time right through to the moment the shutters go down at the end of the day. There are some lovely Ghibli goodies here and I consider it something of a victory that I stopped myself from going crazy. In the end I stuck to my guns and came away with the one thing I’d really wanted, a Ghibli Museum T-shirt at 4104 JPY (£28.40/€33/$37). 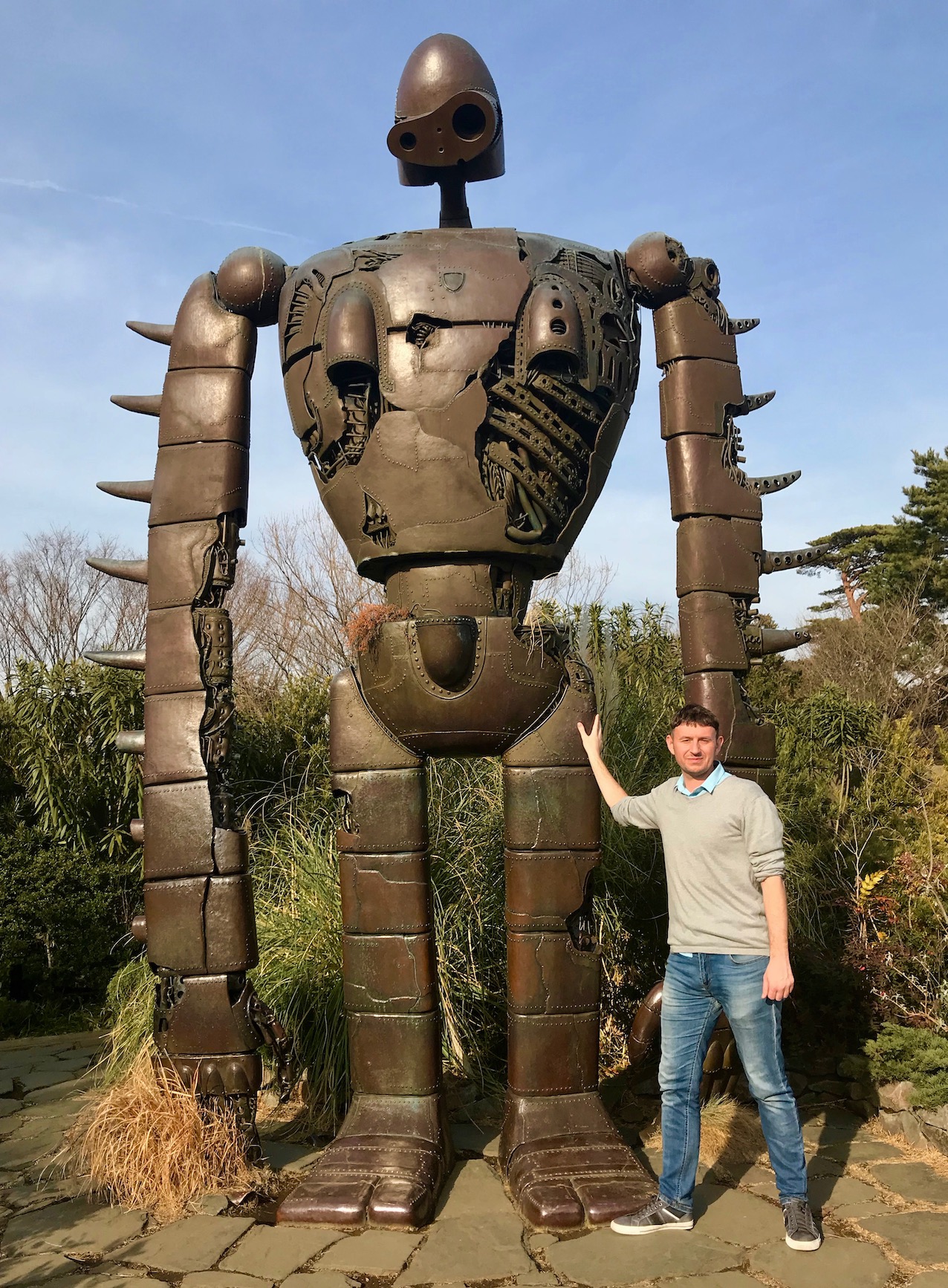 You can’t leave The Ghibli Museum without meeting a giant Laputan robot from Castle in the Sky. A steady queue for photos forms here around the clock and Wonderboy and I had several false starts before we could get some shots without people faffing about in the background. 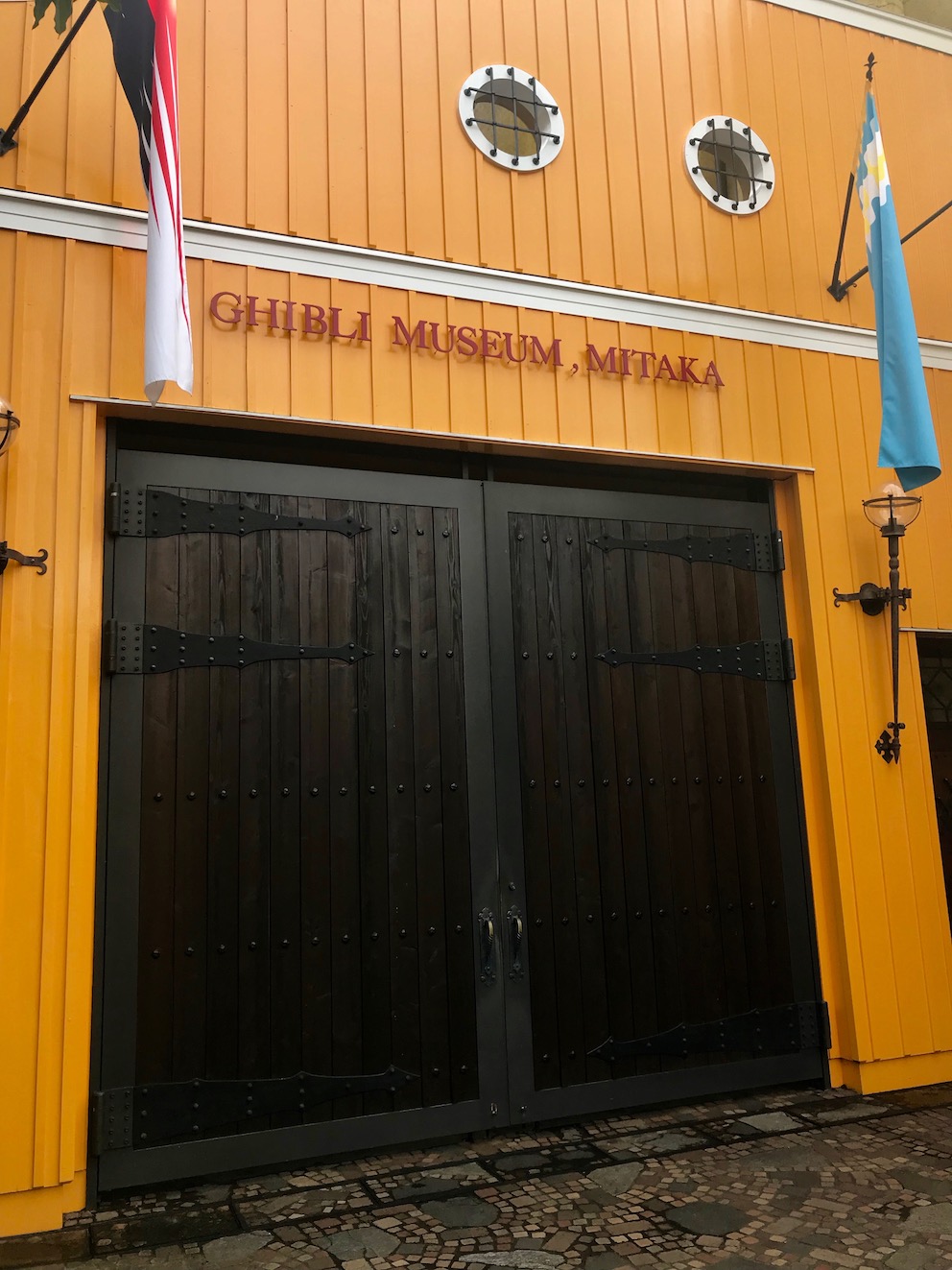 Wanna pay a visit to The Ghibli Museum? You’ll need to book your place online well ahead of your trip! Tickets become available through The Ghibli Museum Website on the 10th of every month for dates relating to the following month. Just be sure to log on early doors on the 10th and choose your preferred time slot. Museum hours are from 10:00-18:00 daily, except Tuesdays when it’s closed. Entry is priced at 1000JPY for adults (£7/€8/$9) with significantly reduced prices for kids depending on ages.

Like this? Have a look at my extensive library of location reports from across the city, with articles on What To See and do In Tokyo, Tokyo’s Amazing Themed Cafes, Bars & Restaurants, Other Cool Places To Eat & Drink In Tokyo, The Tokyo Subway, Trains & Electric Lines and Where To Stay In Tokyo.