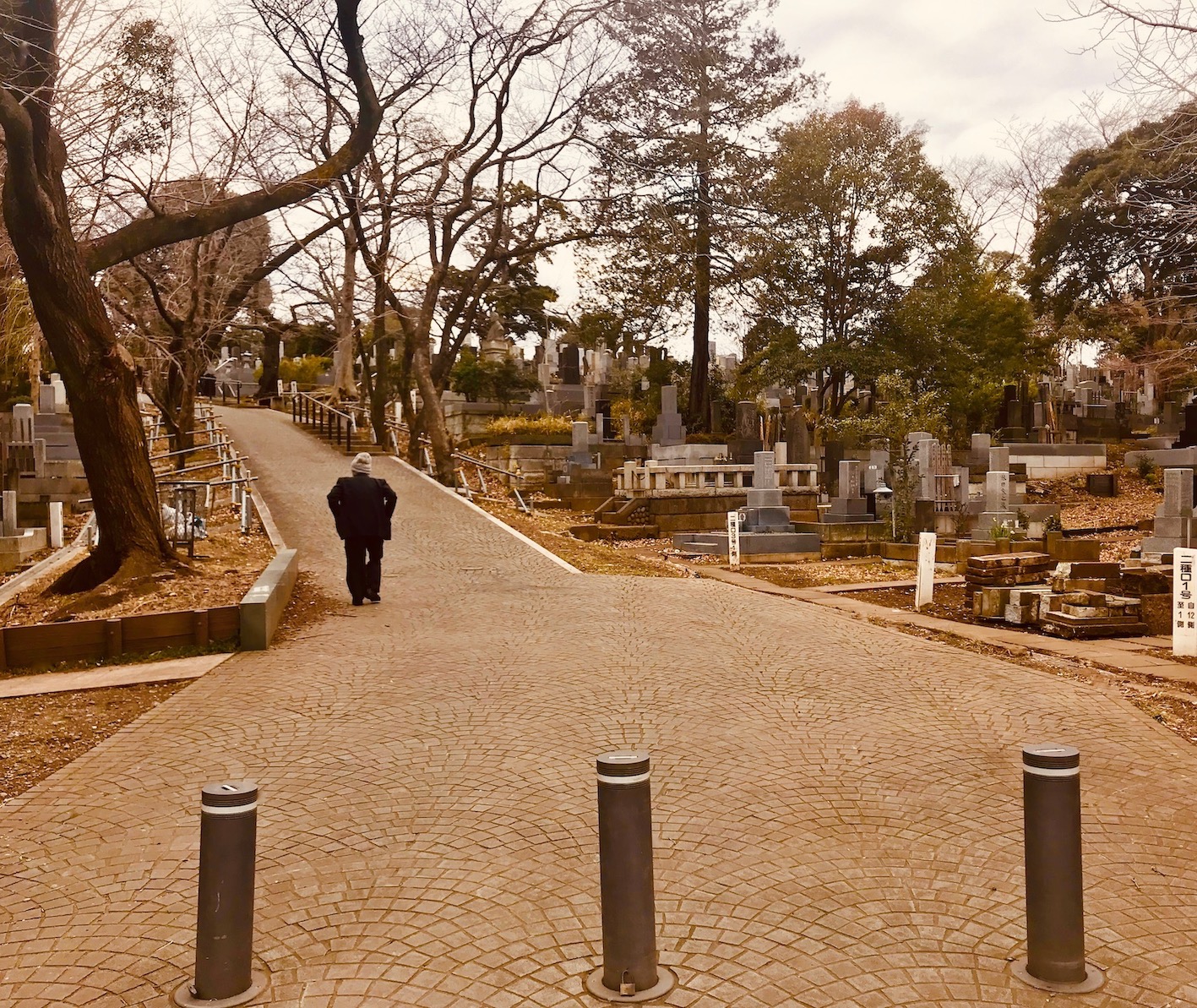 February 2019. Regular LL readers will know that wherever I am in the world I do love a good cemetery! But with all the things to see and do in Tokyo I very nearly didn’t make it to Aoyama Cemetery, the Japanese capital’s sprawling graveyard with a history dating back to the 1870s. In the end it was the prospect of finding Hachiko the dog’s burial spot that drove me to squeeze Aoyama in before I headed back to China. I’d been utterly charmed by the whole Hachiko story and had already seen the little dog’s statue outside Shibuya Station, so this seemed like an essential side dish. 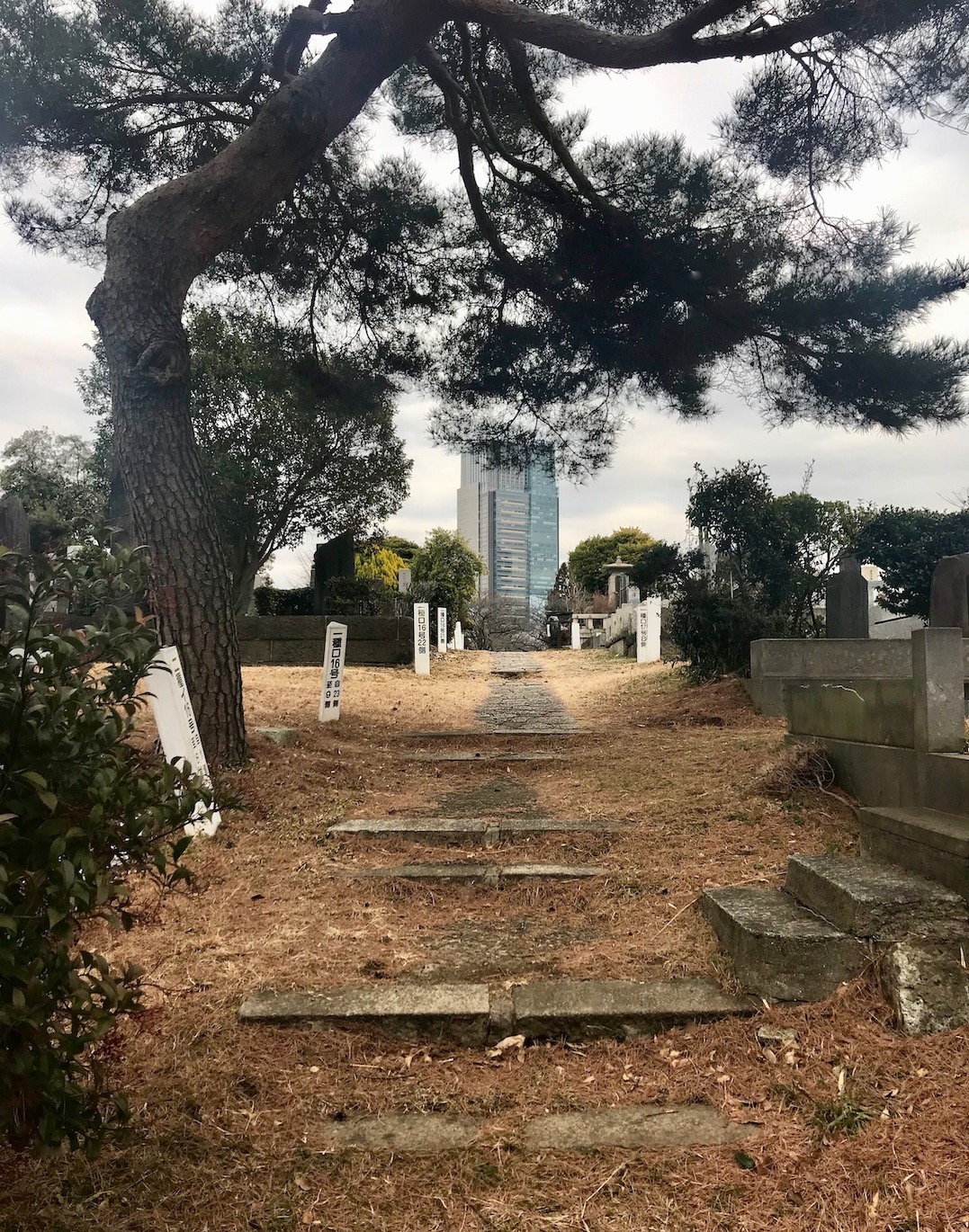 February 2019. I’m usually really organized when it comes to my exploring. More often than not I have shit planned out in my iPhone notes itinerary. This saves me time, avoids setbacks like long queues, stuff not being open and the million and one other things that can screw up a day plan. But alas with Aoyama Cemetery I figured I’d just show up and figure out where Hachiko’s grave is. I mean how hard could it be? 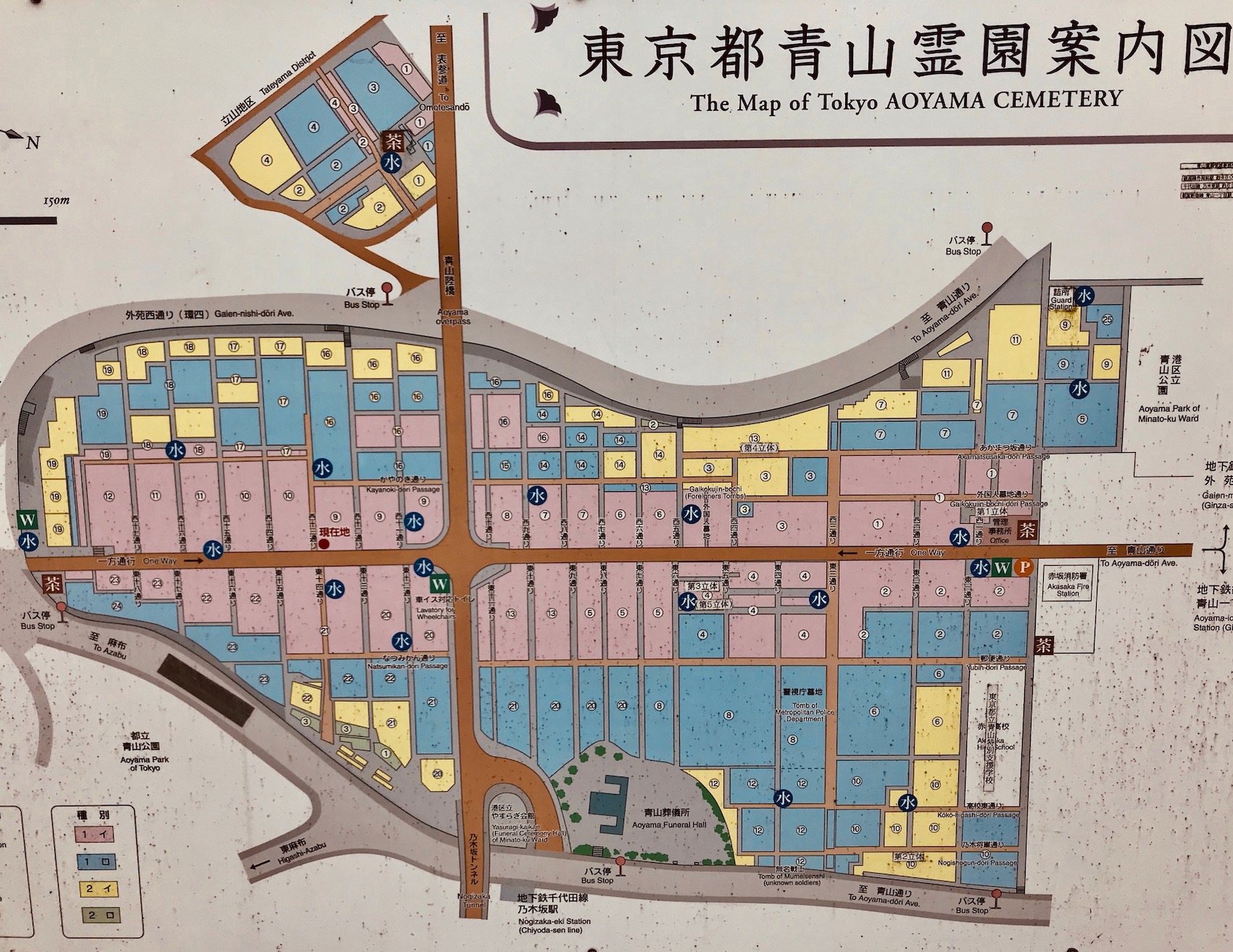 February 2019. Pretty hard as it turns out! Firstly I’d massively underestimated the size of Aoyama Cemetery, it’s ****ing huge! Secondly, the cemetery map I consulted was Japanese only and shed no light whatsoever on the different sections, or indeed where Japan’s most famous dog is resting. Hmmm. 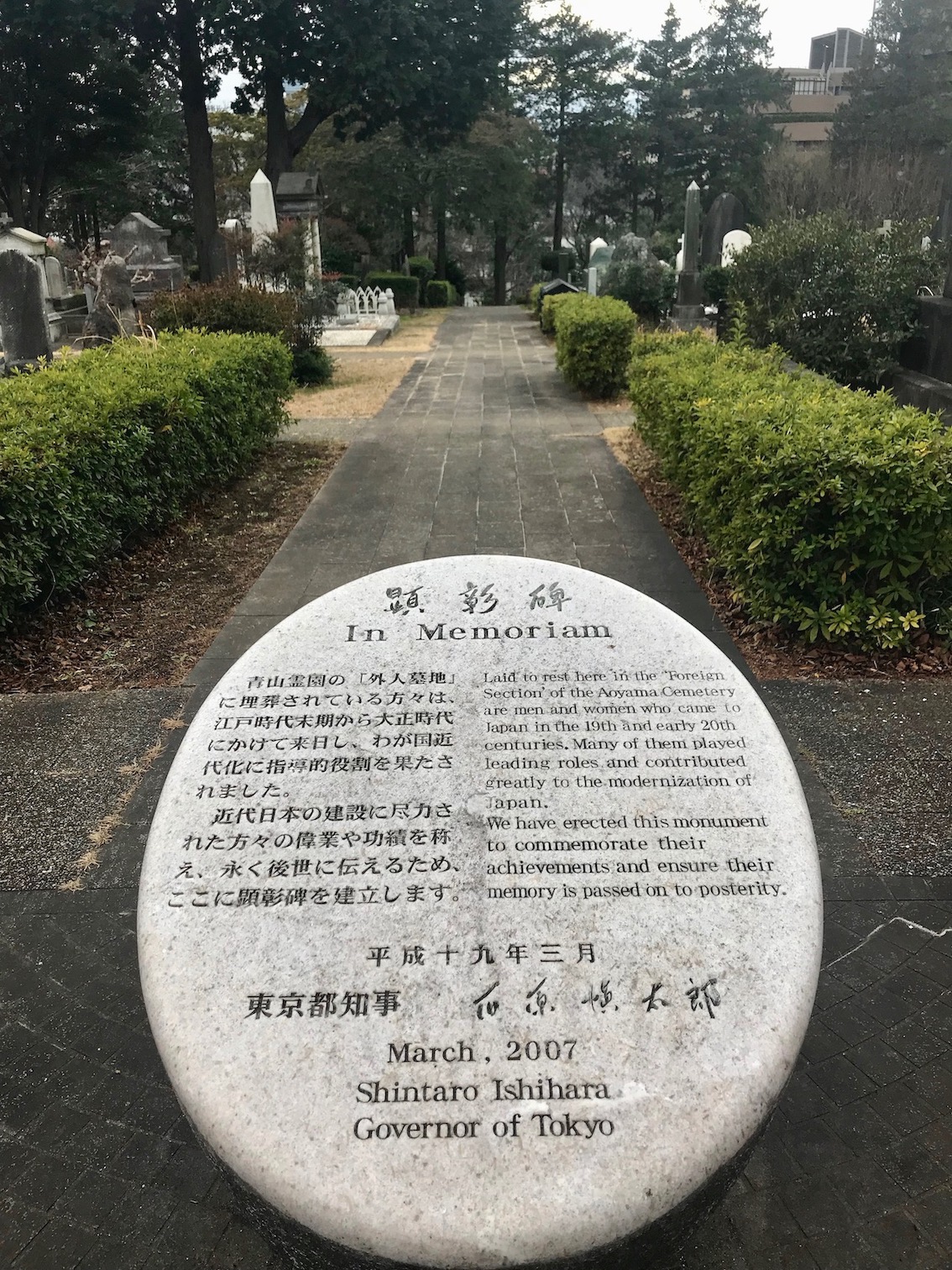 I wandered around Aoyama Cemetery for about an hour before I finally realized I wasn’t going to find Hachiko on my own. Still it was a delightful experience discovering Aoyama’s many charms. The cemetery is incredibly well-kept and super organized, with sections on the military, children, famous Japanese people and notable foreigners who lived and died in Tokyo. 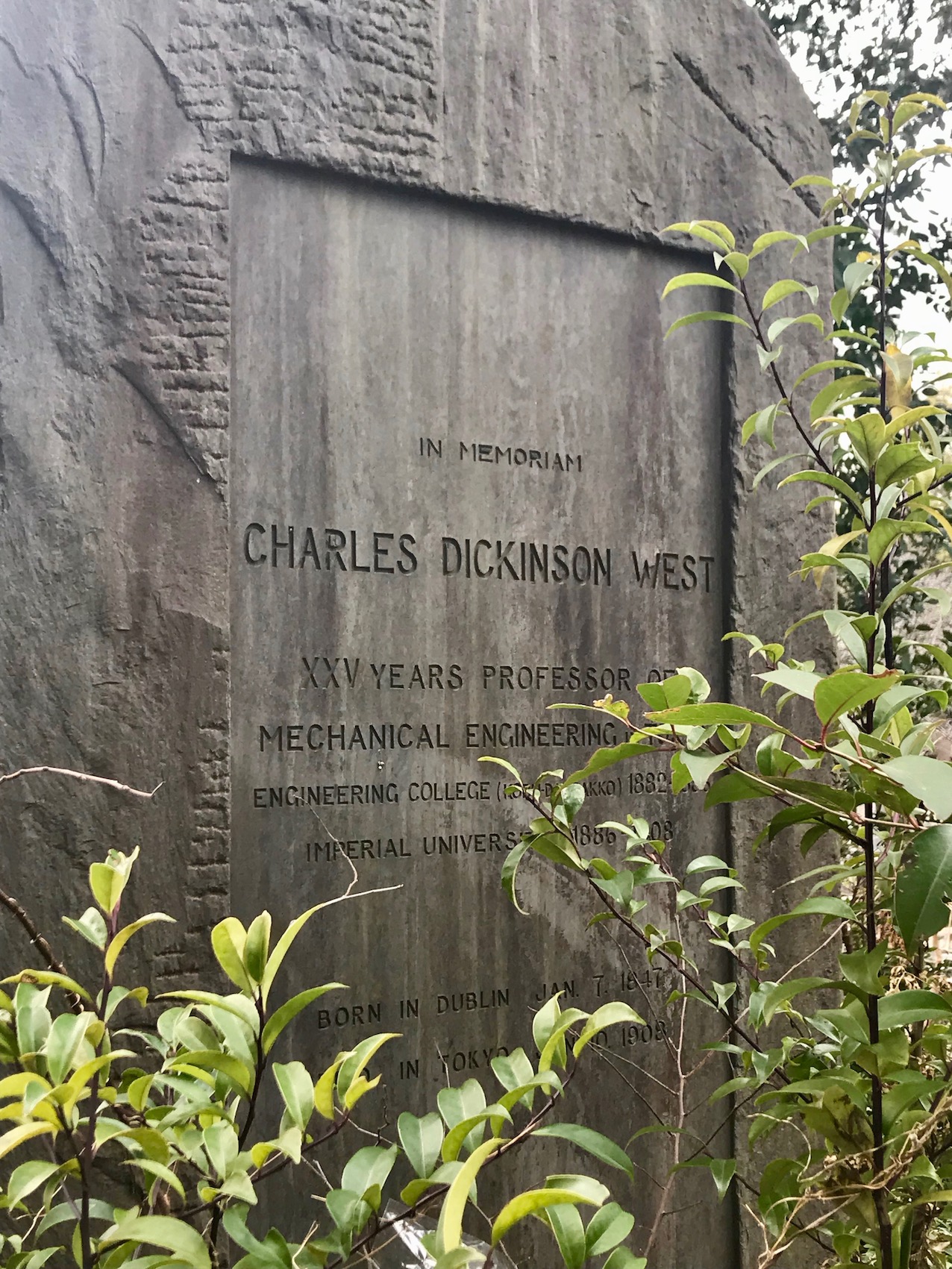 As always it was fascinating to inspect the gravestones and try to piece together what kind of lives these people had so far from home back in olden times. A large chunk of the memorials in Aoyama Cemetery’s foreign section is for Christian missionaries, artists and professors. Charles Dickson West was an Irishman from Dublin who, among many other achievements, worked as a foreign advisor to Meiji Japan. The dude even has his own Wikipedia page! 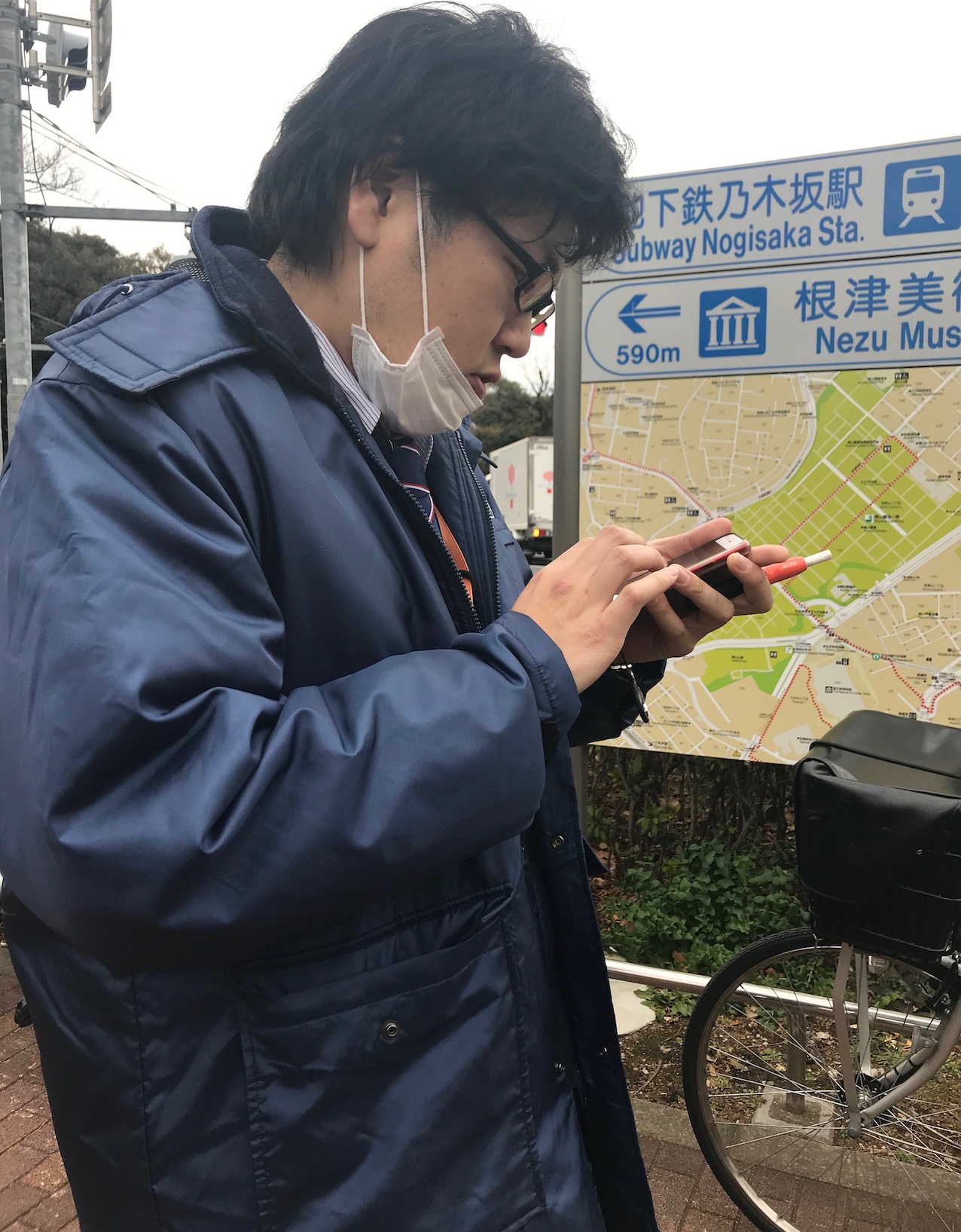 It was harder than I thought to find someone who could help me. There were very few people in Aoyama Cemetery that afternoon and the few folk I did bump into couldn’t speak English. So I prepared a little spiel with the help of Google Translate and approached this guy, who went to great lengths in trying to help me find Hachiko. He consulted the map, searched on his phone and called a friend, but all to no avail. In the end he found out there was a visitor centre and set me off in its rough direction! Finally… I was getting warmer. 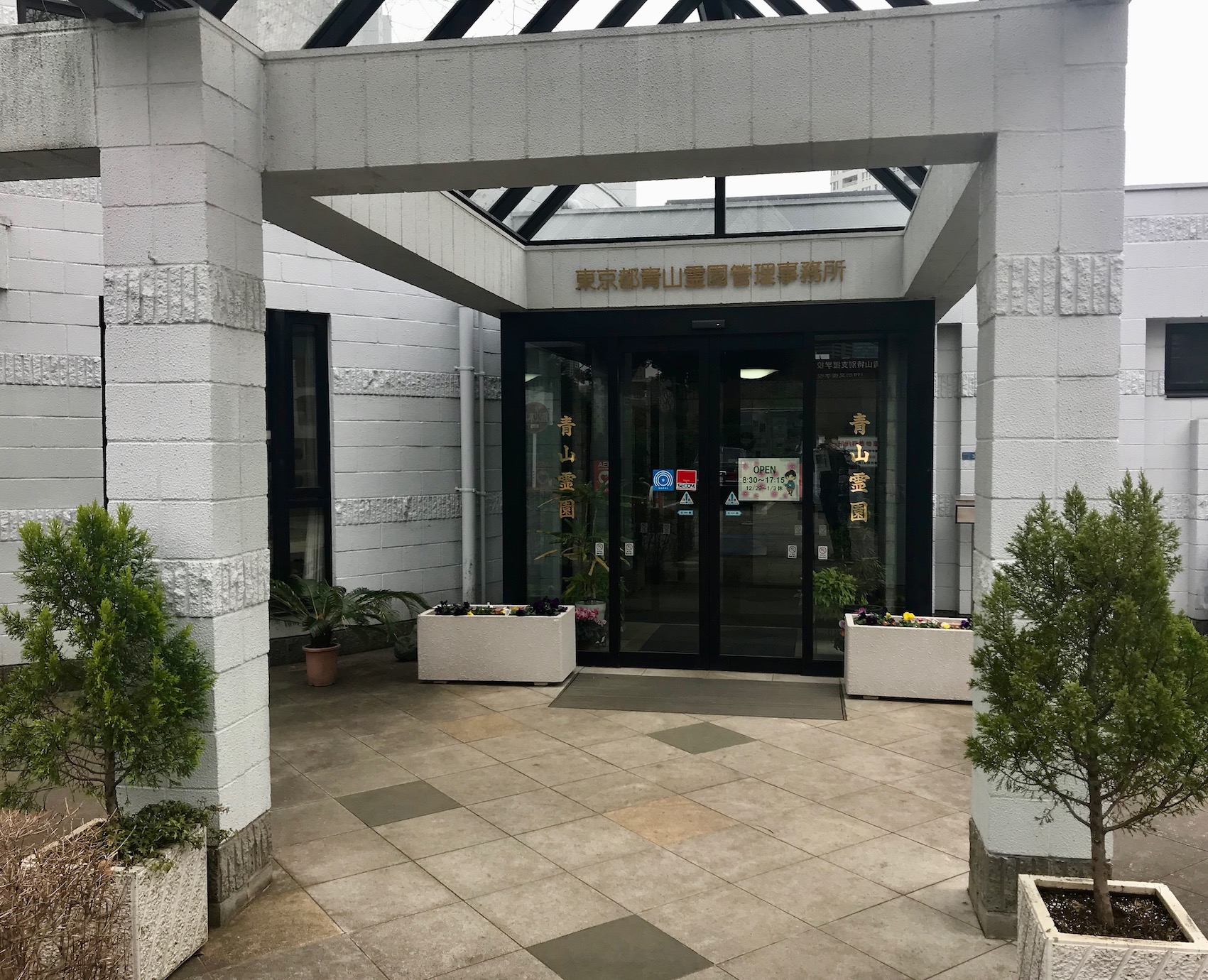 It was quite a walk but at long last I arrived at Aoyama Cemetery Visitor Center where literally all I had to do was say “Hachiko” and the lady behind the desk responded with a warm smile and a knowing “aaaah”. 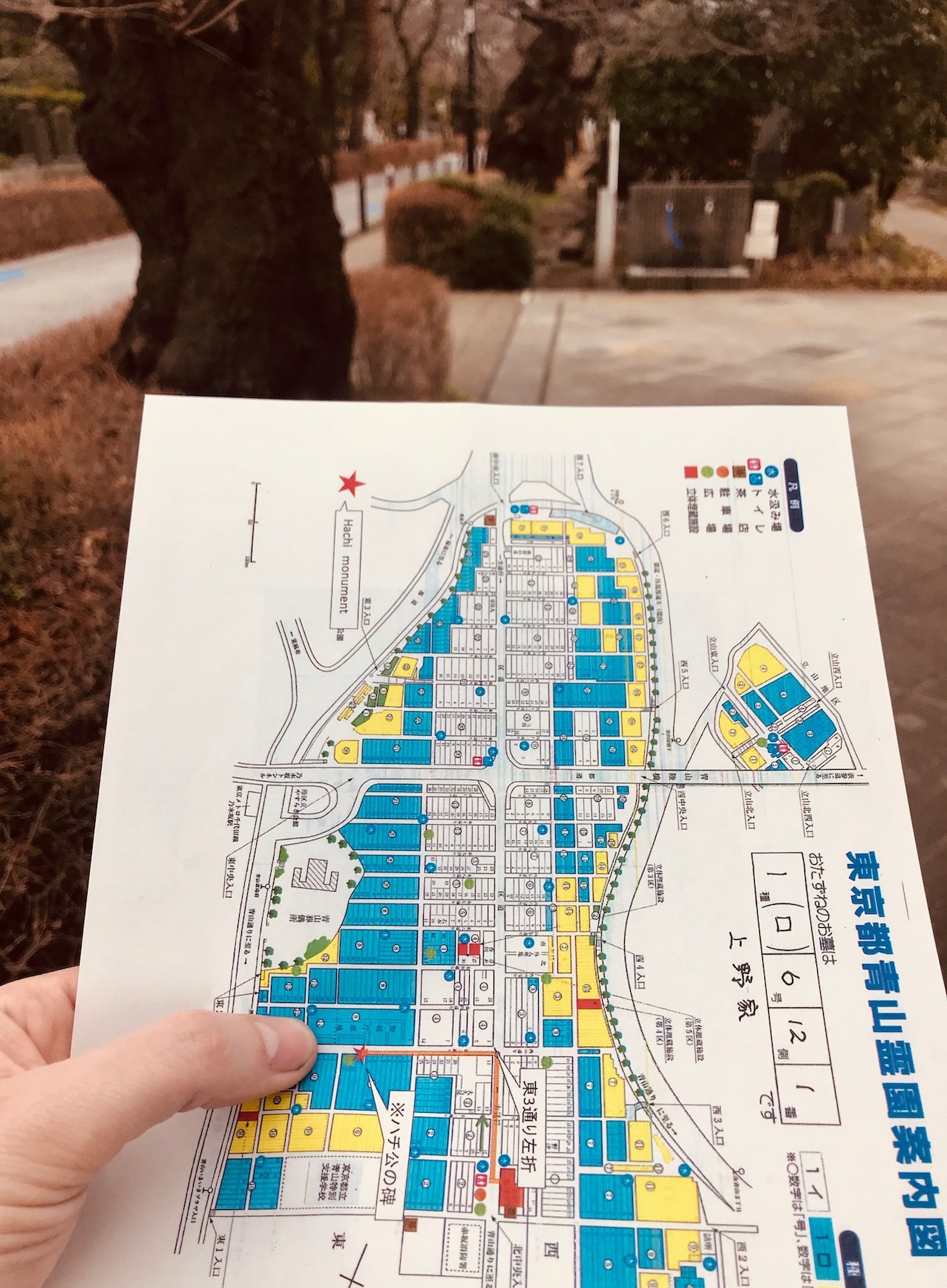 Opening a clunky wooden drawer, she fished out a foolproof map with specific instructions (including pictures) on how to locate Hachiko’s grave. And it turned out I wasn’t far (!), just a 10-minute walk with a whole lotta straight and a couple of lefts.

Finally I was closing in on one of Aoyama Cemetery’s most famous residents, the much-loved Hachiko the dog, laid to rest next to his beloved master Professor Ueno Hidesaburo. 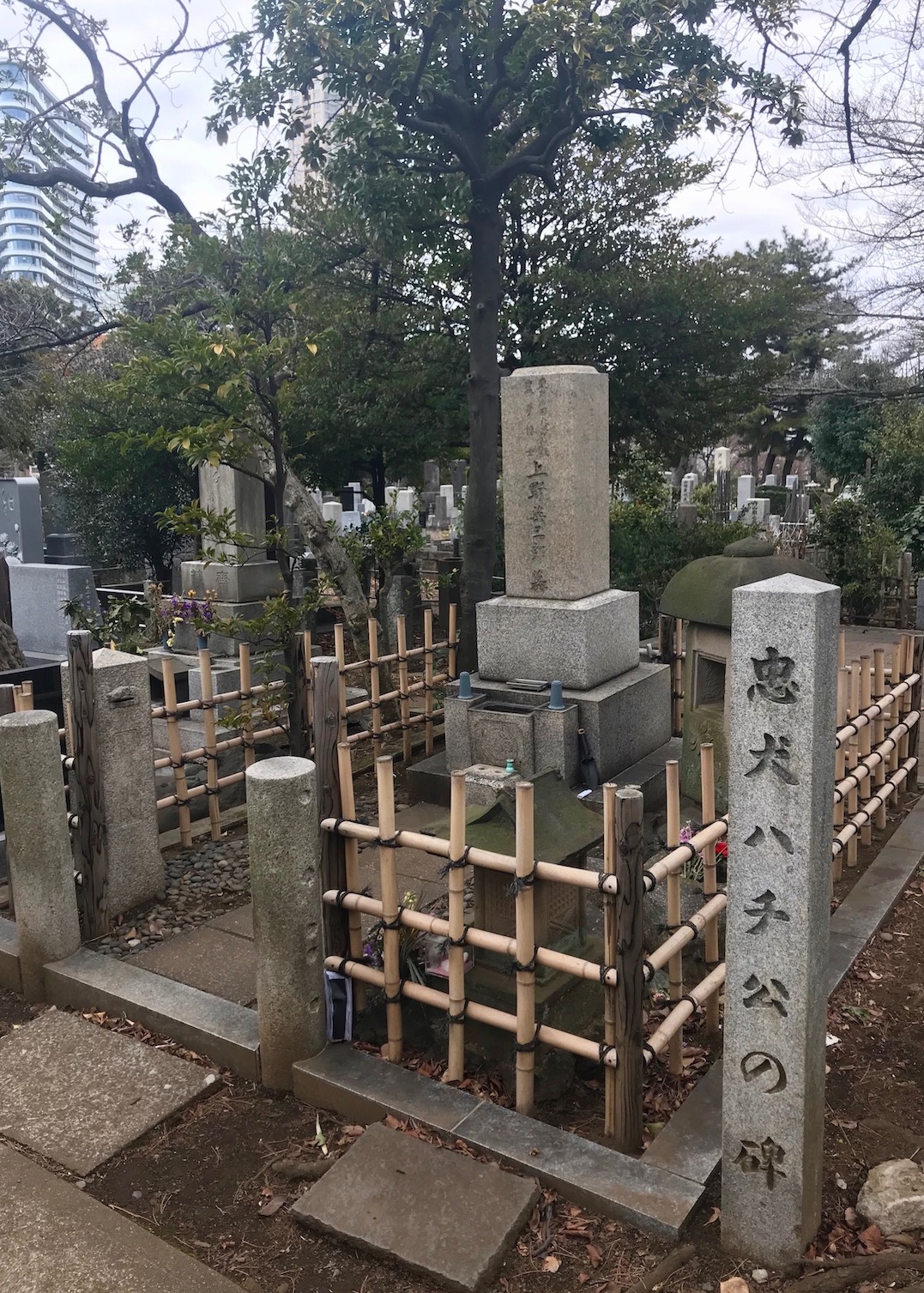 The graves of Professor Ueno and Hachiko – Aoyama Cemetery. 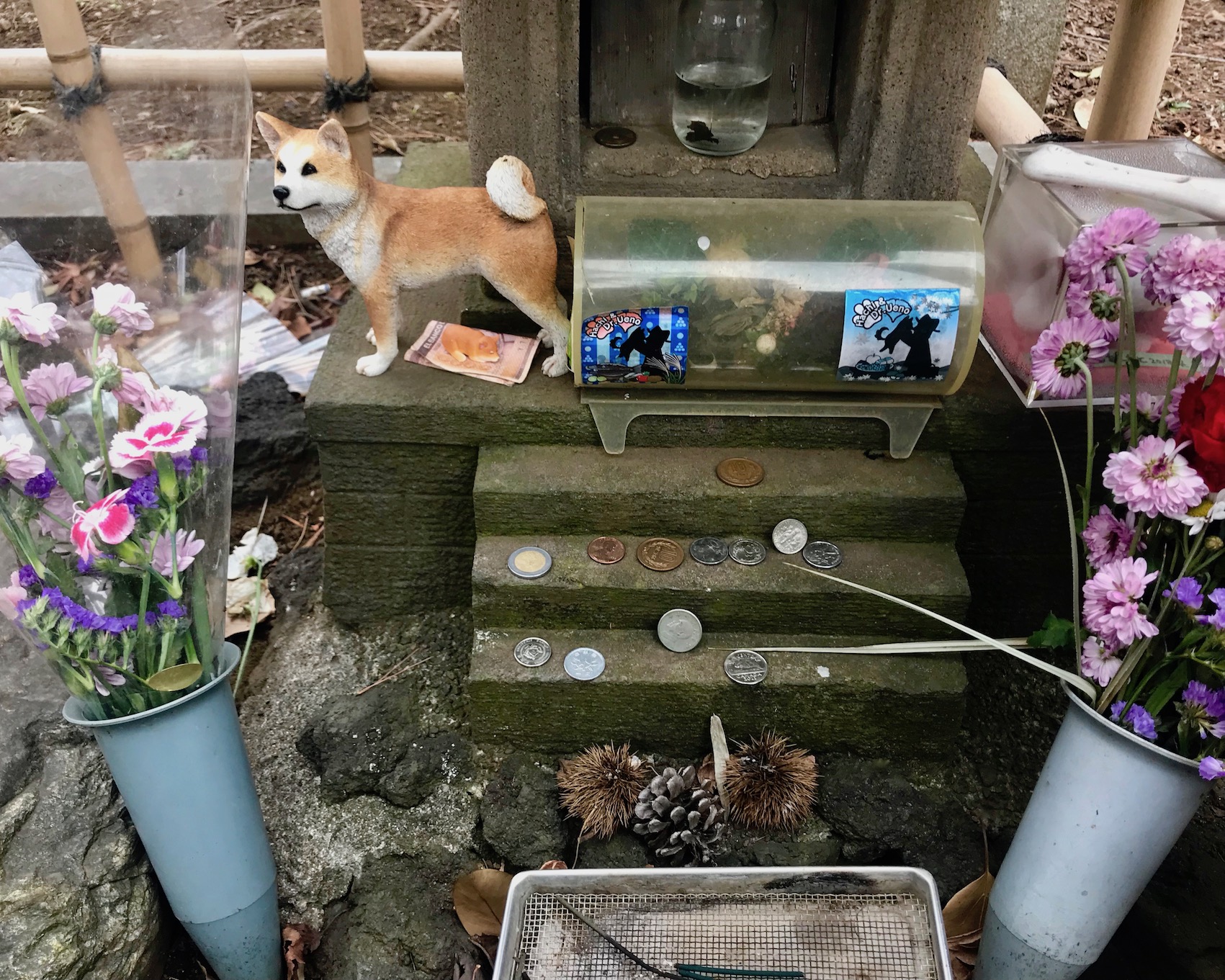 It’s a sweet, understated spot and one that clearly means a lot to Aoyama Cemetery visitors. Make sure you kneel down and check out all the little offerings people have left, such as candy, flowers, coins, banknotes, dog statues and cards with personalized messages. Rest In Peace dear Hachiko said one of the notes.

To find out more about Hachiko and his amazing backstory, have a read of my article: Hachiko Statue & Mural, Tokyo.

The Dining Hall at the Black Palace ruins in Bokor

In August 2020 Sladja and I spent a day exploring