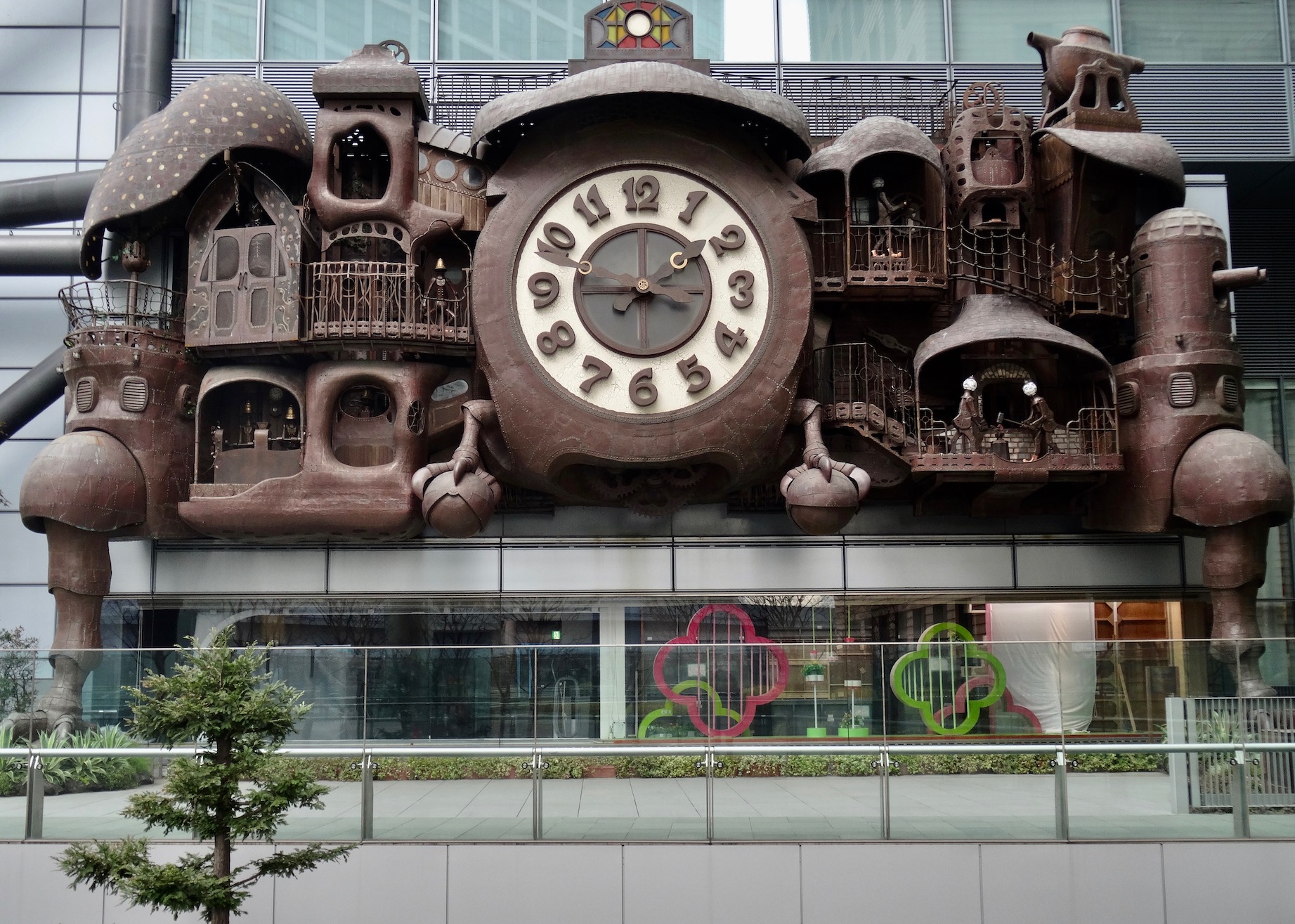 February 2019. What an absolute blast I had in Tokyo! It’s amazing to think how much I packed into that trip and perhaps equally baffling to note that I have now posted 55 travel articles on the Japanese capital. In truth I could have extended this to at least 80 but come on… enough is enough… one has to draw the line somewhere. This final article on what to see and do in Tokyo mops up a whole bunch of cool stuff that, when push came to shove, I felt needed to be condensed into a best of the rest kinda piece. And so I’ll start here with the amazing Giant Ghibli Clock in Shiodome District. 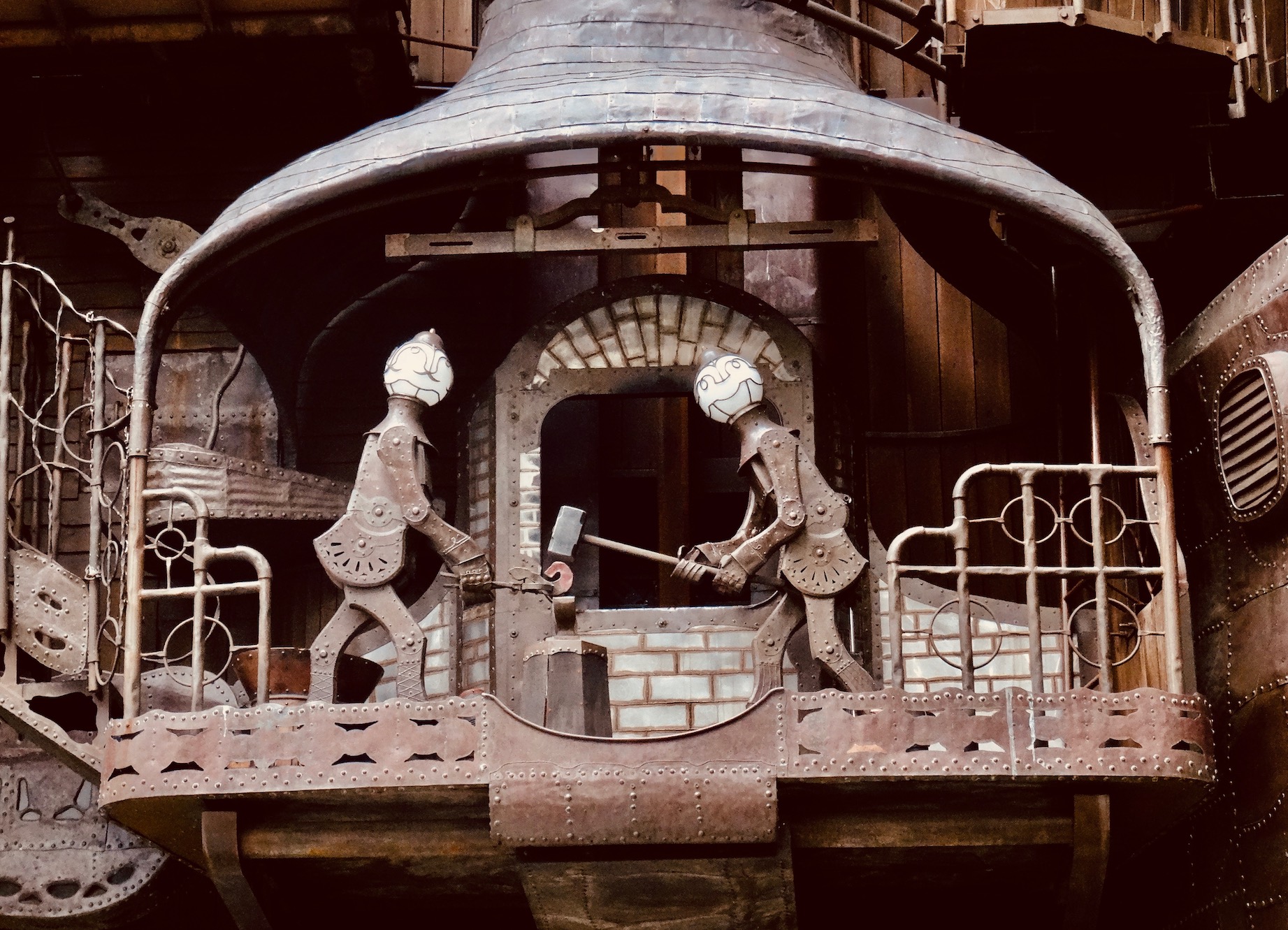 Designed by Studio Ghibli co-founder and film director Hayao Miyazaki, this astounding steampunk style vaudeville cuckoo clock was inspired by Howl’s Moving Castle and springs to life for musical shows four times a day (noon, 15:00, 18:00 & 20:00). If you’re reading this and thinking What the hell is Ghibli? then please do check out my article on Tokyo’s fantabulous Ghibli Museum. 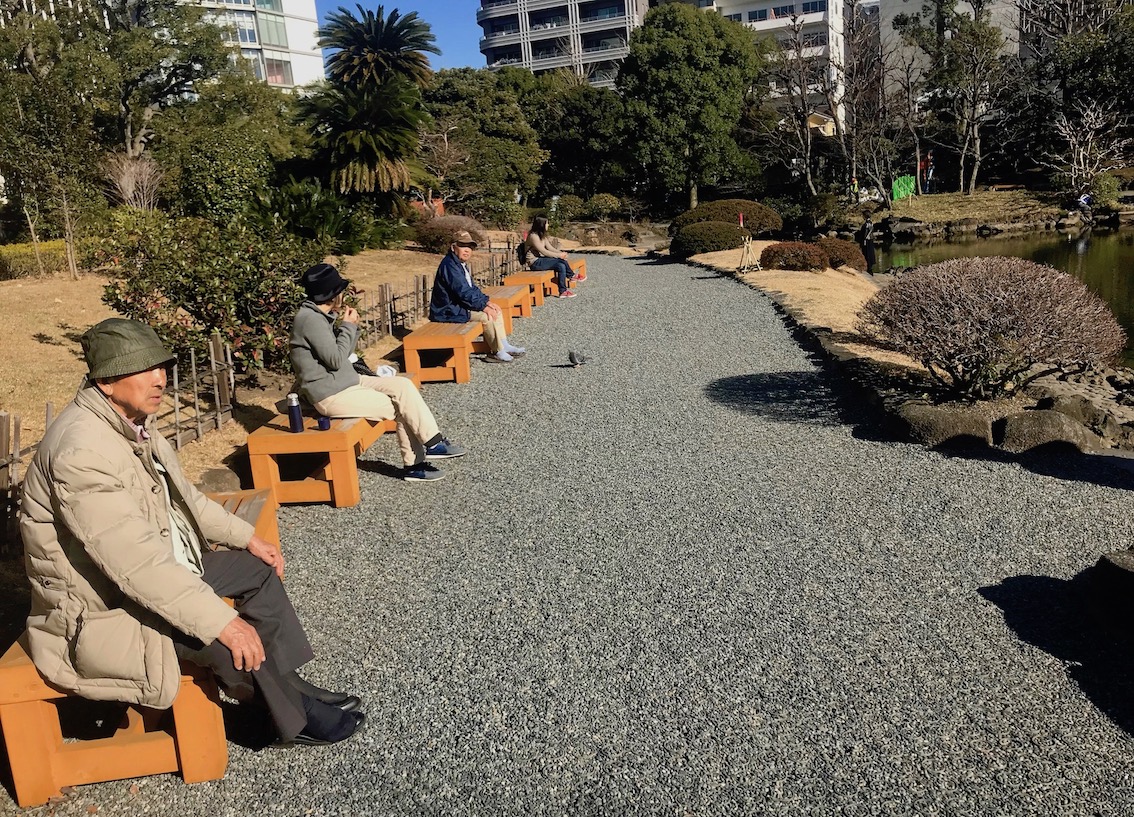 February 2019. Tokyo’s green spaces are wonderful and numerous. If you’re new to the city then look no further than the must-see Ueno Park and The Imperial Palace East Gardens. Beyond those there are plenty of smaller more discreet options away from mass tourism such as Kyu-Yasuda Gardens in Ryogoku District. 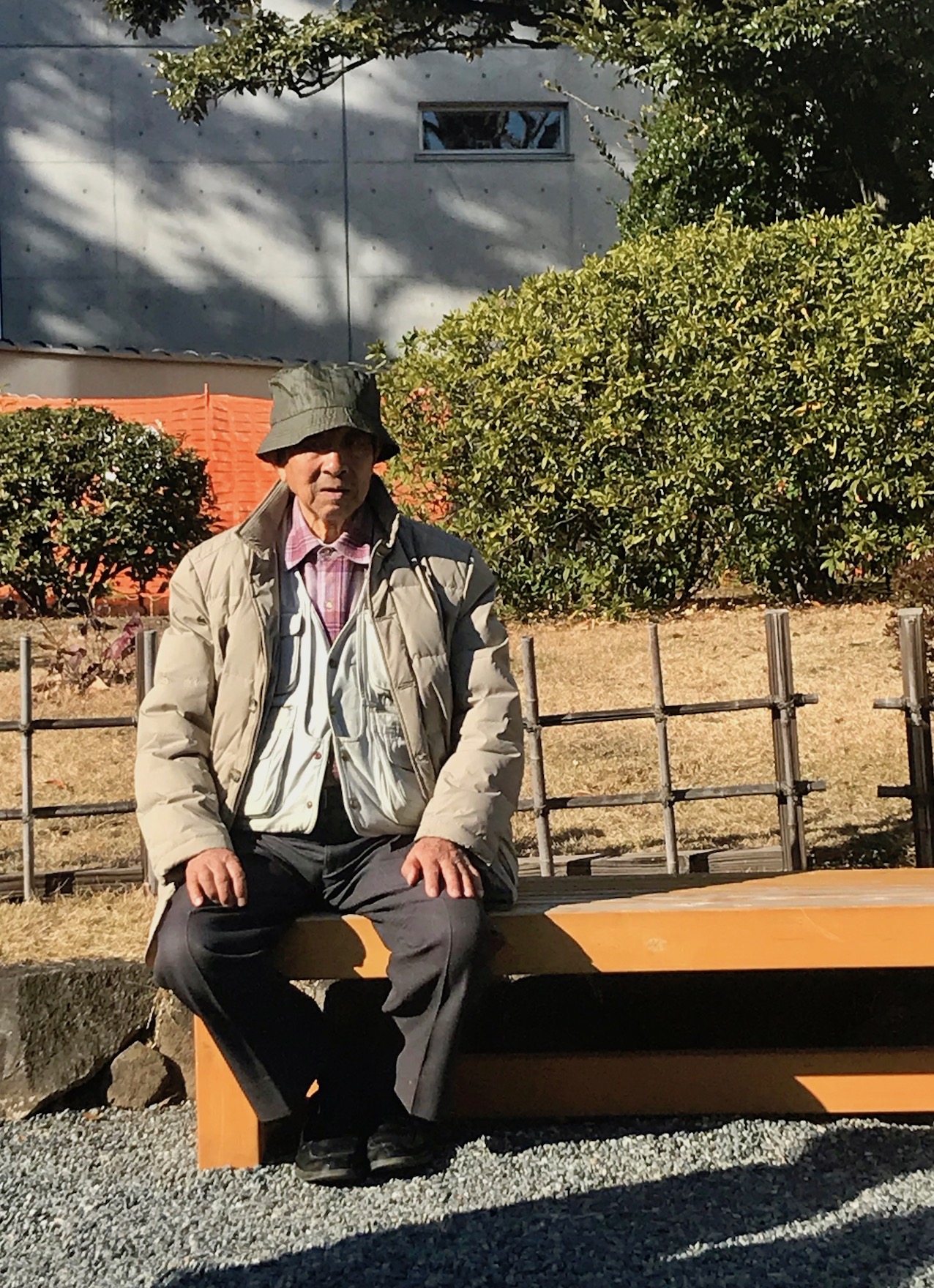 Dating back to 1691 when it was the city residence of a renowned Japanese samurai, today it’s a sleepy spot where locals come to engage in the traditional Asian art of Sittin’ Doin’ Nothin’. Tie this in with a visit to the nearby Sumo Stadium and Museum. 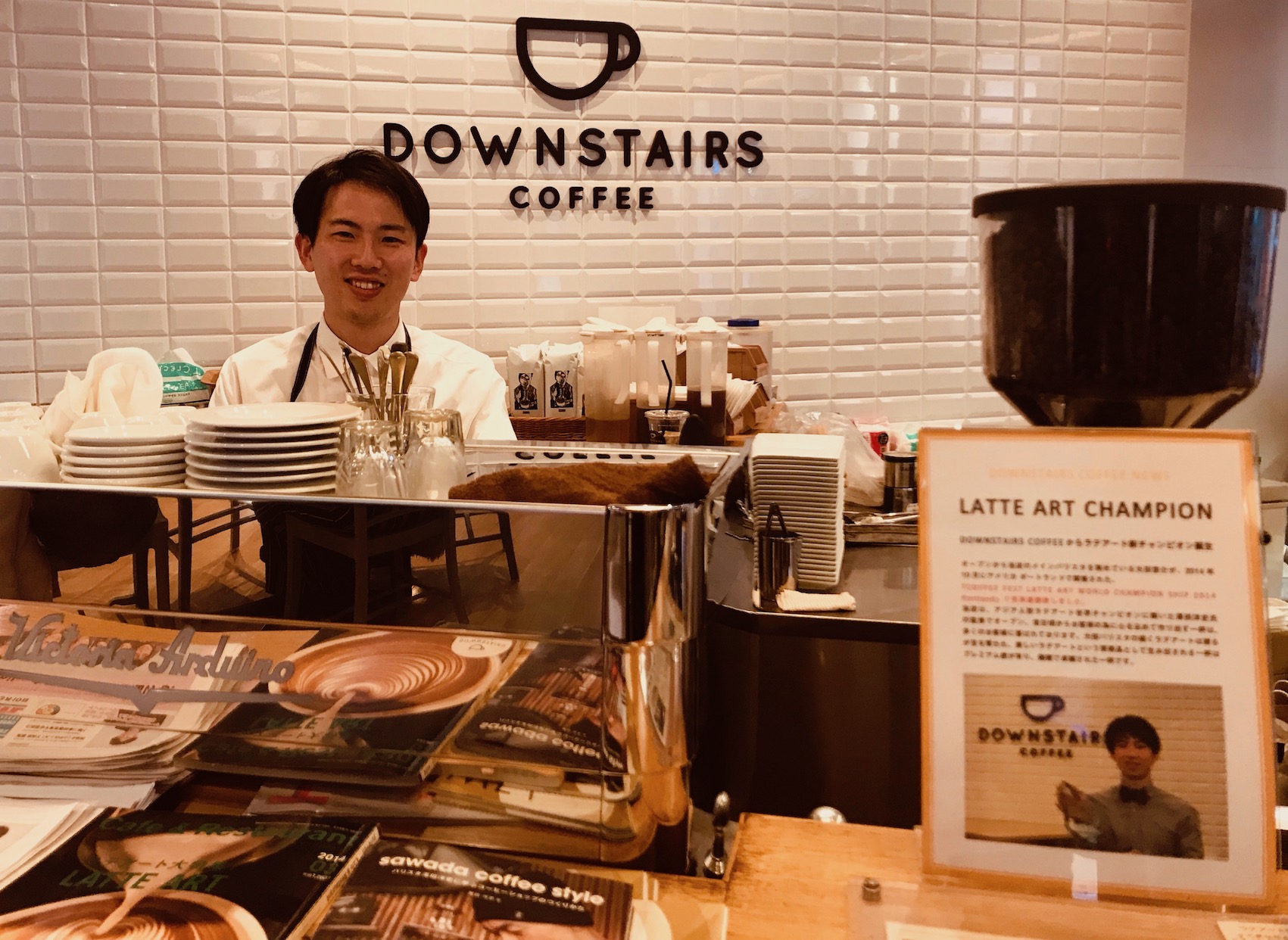 February 2019. Tokyo is a fantastic coffee city and, had I been so inclined, I could have put together a sizeable guide on the city’s cool coffee scene. But again there are literally only so many hours in a day so instead I’ll leave you with just one tip. Located in trendy Roppongi District, Downstairs Coffee is an unashamedly hip coffee and dessert joint where businessmen and students alike come to work at the long table packed with charging points. They even have an award-winning resident barista who, it seems, really knows his stuff. 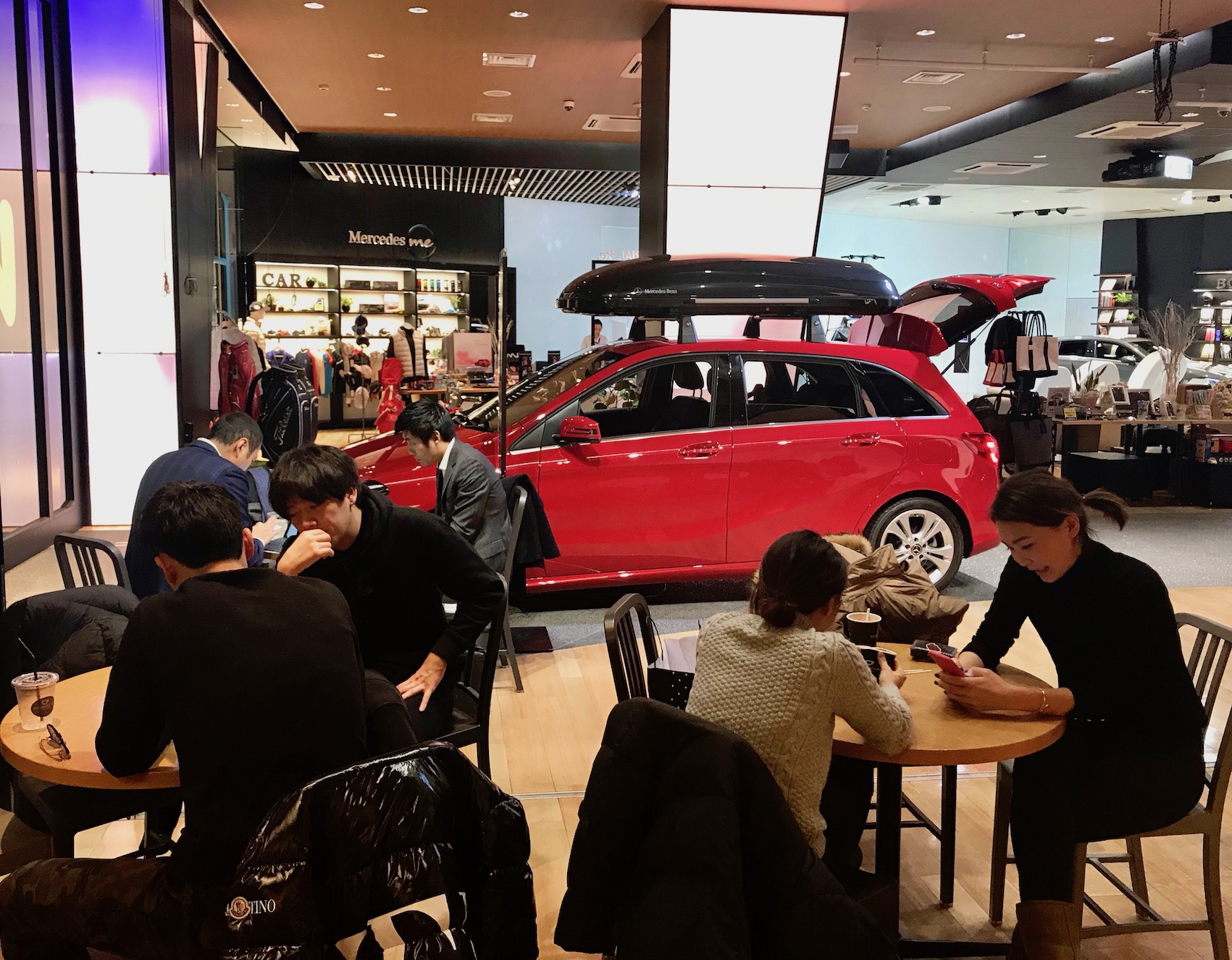 Just say hi, order your drink and try not to think too much about what you just paid. As an added bonus, the café’s open design runs seamlessly into Mercedes Me, a swish Mercedes Benz showroom and gift shop. Suddenly that coffee doesn’t seem so expensive after all! 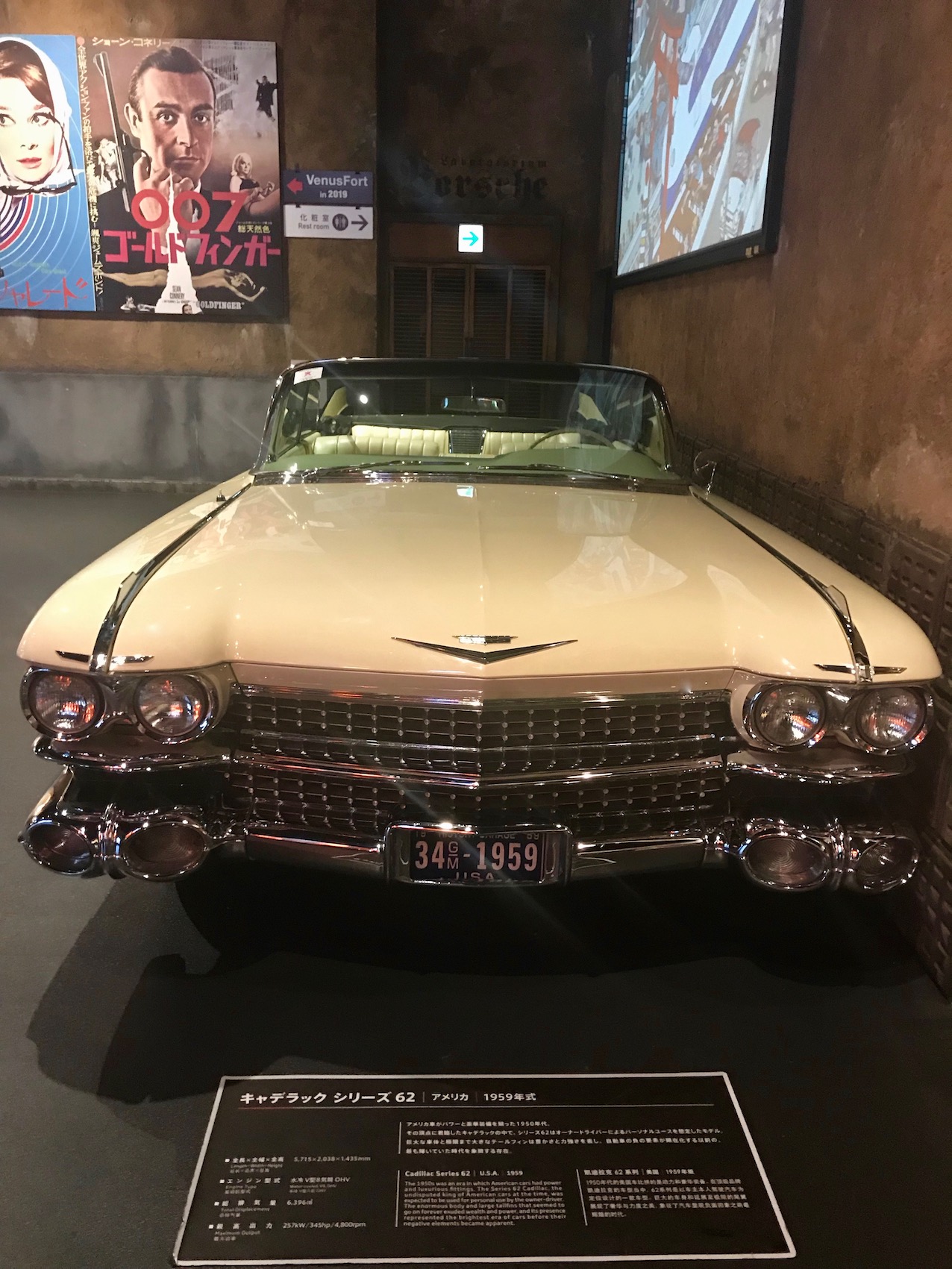 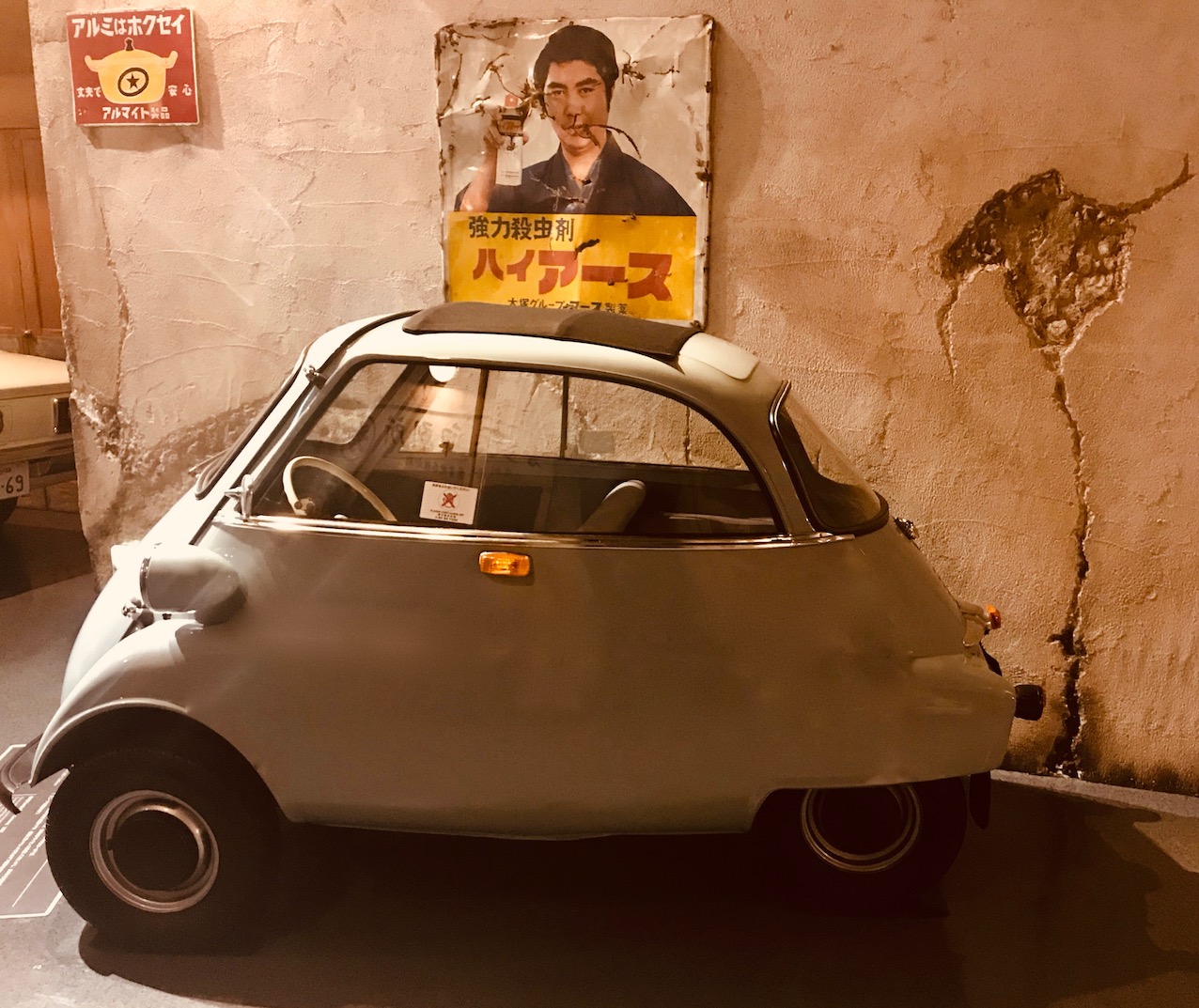 February 2019. Speaking of beautiful cars, automobile enthusiasts shouldn’t miss The History Garage, a free-to-enter antique car museum on Odaiba Island near The Gundam Statue and The Miraikan Museum of Emerging Science and Innovation. Operated by Toyota, this excellent exhibition takes you through the world’s most loved models and their time periods, with lots of nice touches like period film posters, statues and fake-facade record shops. Among the many cool machines on display, a vintage American Cadillac Series 62 from 1959 and a German BMW Isetta 300 microcar from 1960. 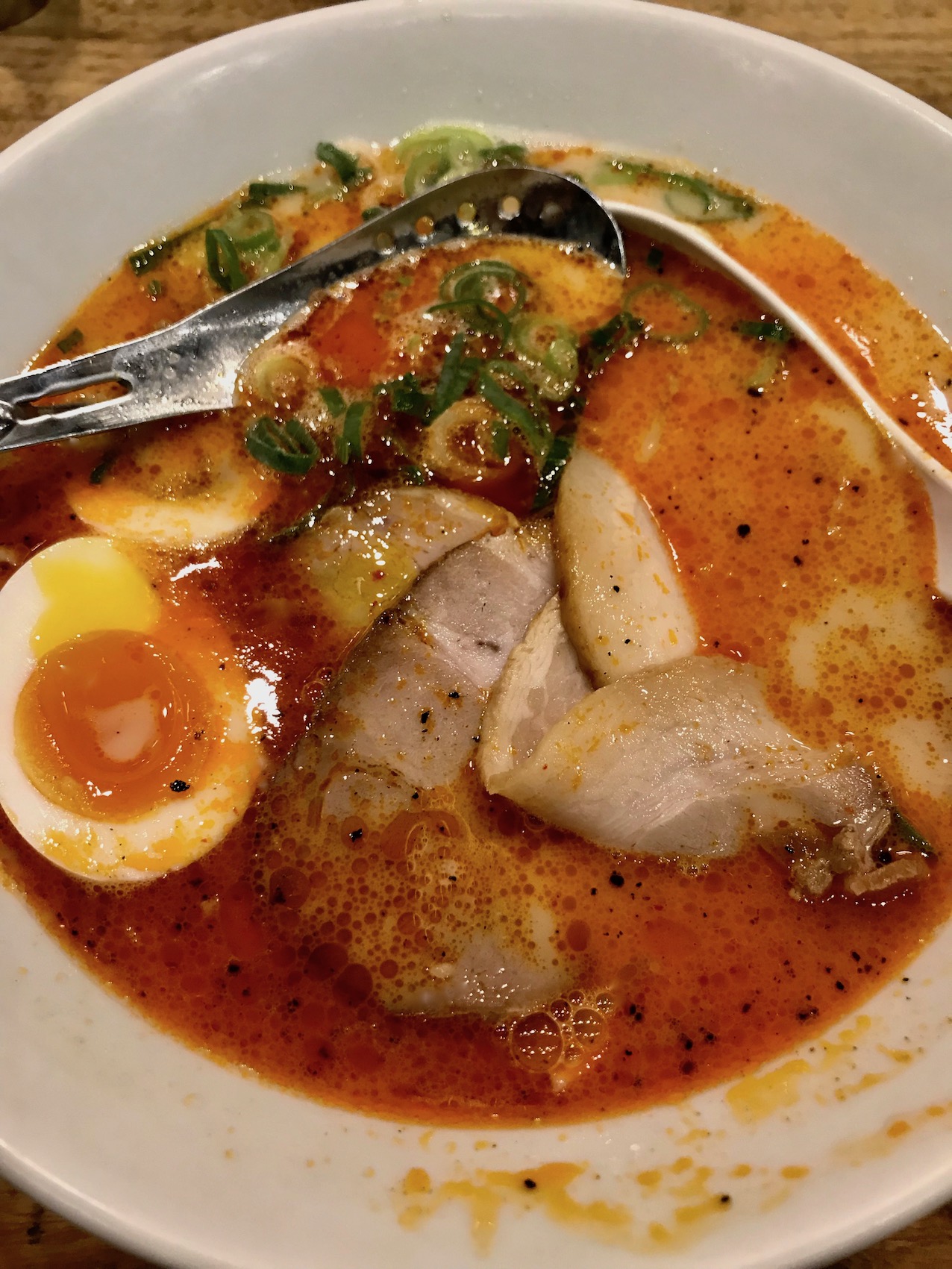 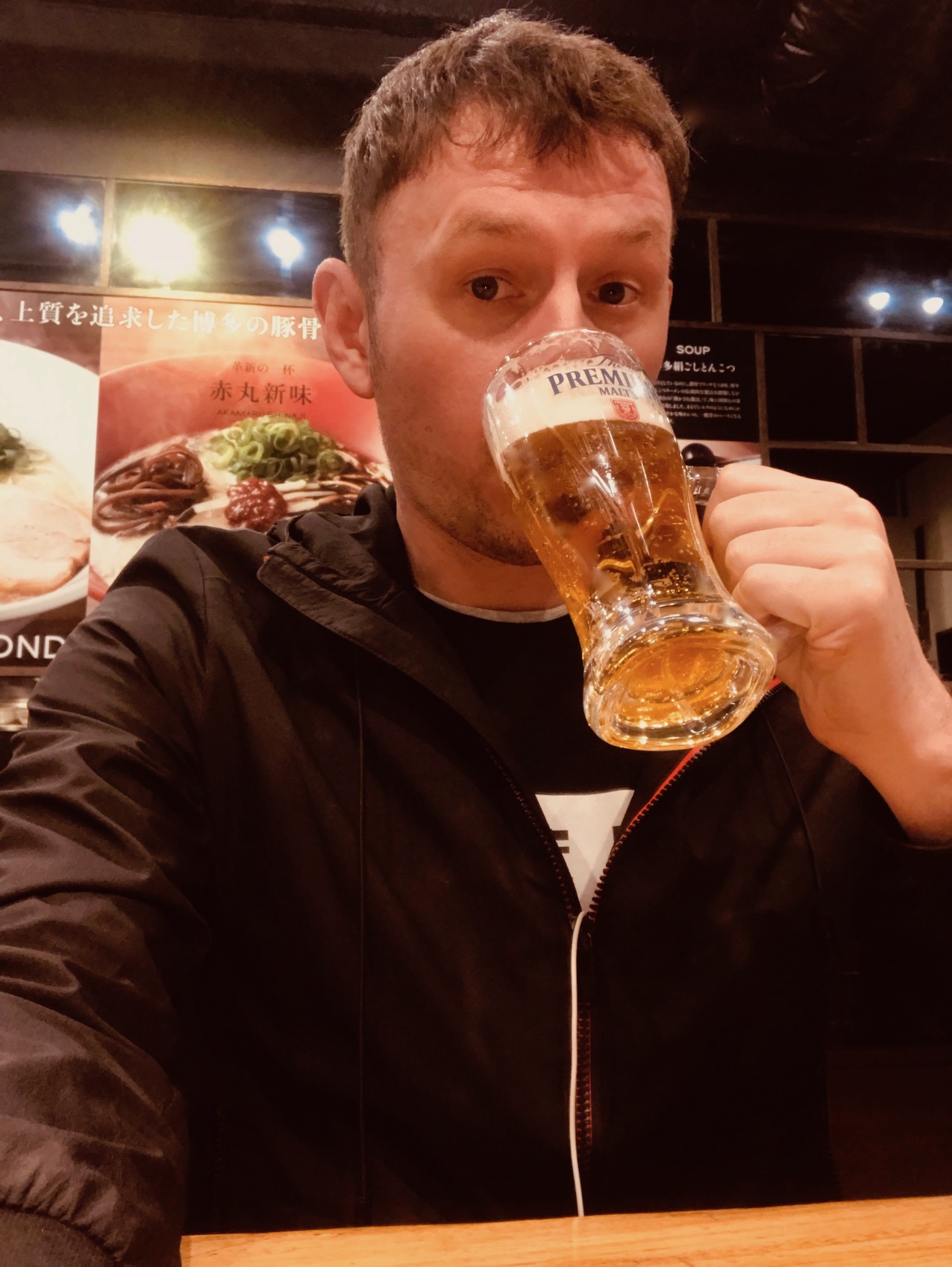 February 2019. I very nearly left Tokyo without trying Ramen! It would have been unforgivable, but thankfully I grabbed an 11th hour opportunity at Ippudo Ramen in Roppongi district. It’s a chain restaurant, so you can find them all over the city. The one I went to was a tiny place with chairs pushed up against a bar-style counter overlooking the kitchen. The Ramen here is absolutely delicious and the concoction I went for is called Ippudo Karaka, a silken pork broth with medium thick-straight noodles and spicy minced beef seasoned with chili bean and sweet soy paste. Priced at 1040JPY(£7.10/€8.20/$9.30).