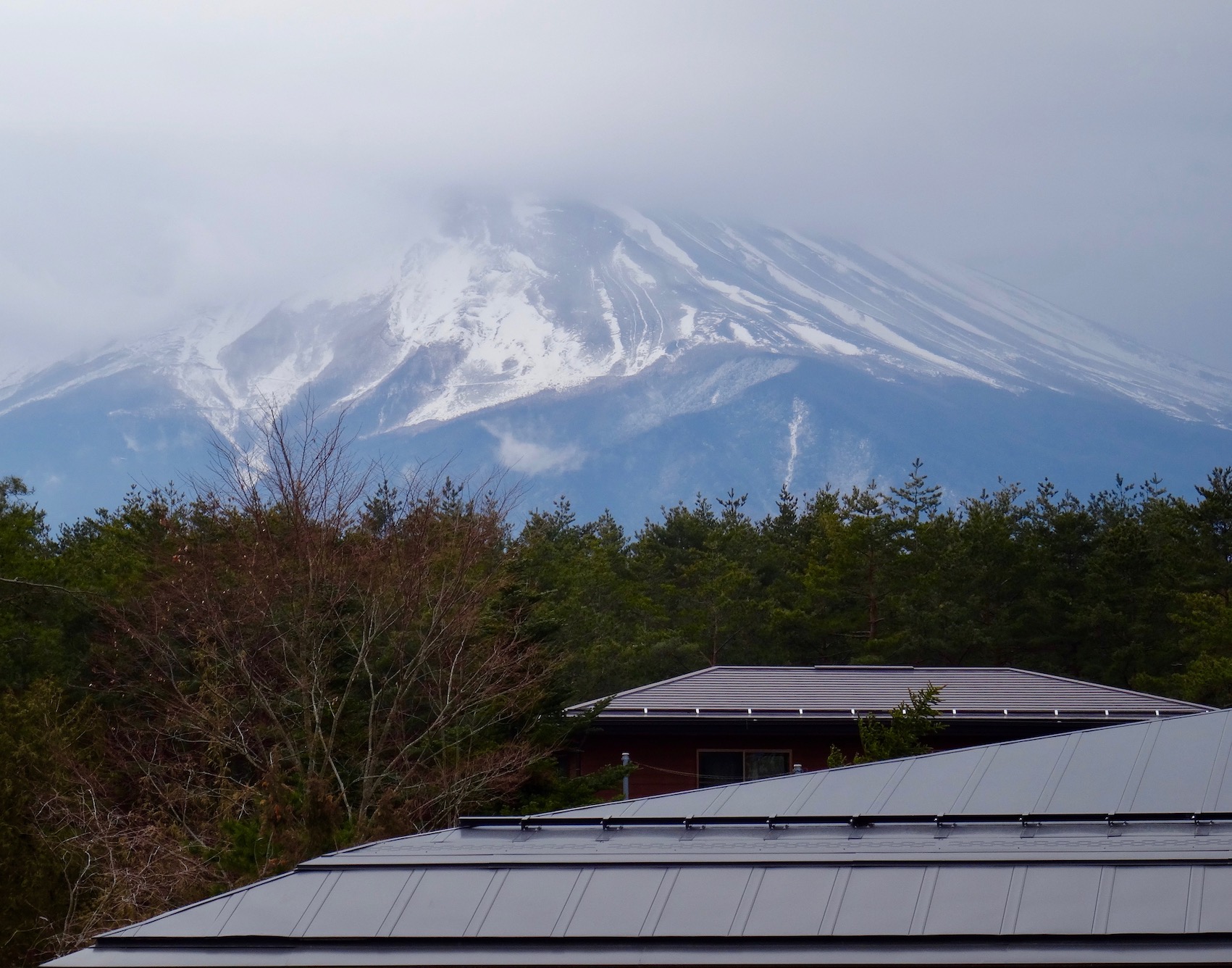 February 2019. “Are you going to Osaka?!” “No, not this time”. “Oh you’ve GOT to see Kyoto!” “Maybe next time”. I got so many non-Tokyo recommendations from friends in the buildup to my Japan trip, but I felt like this time I should focus all my efforts on doing Tokyo properly. I always like to travel deep and see a place inside out rather than take the two days here, three days there approach. Nevertheless, after 13 forensic days in the Japanese capital I was desperate to squeeze in a day trip and tick off some nature within easy reach of the big smoke. Somewhat reluctantly, I signed up for a coach trip through Sunrise Tours and our first stop that day was an attempt to grab some choice views at Mount Fuji. 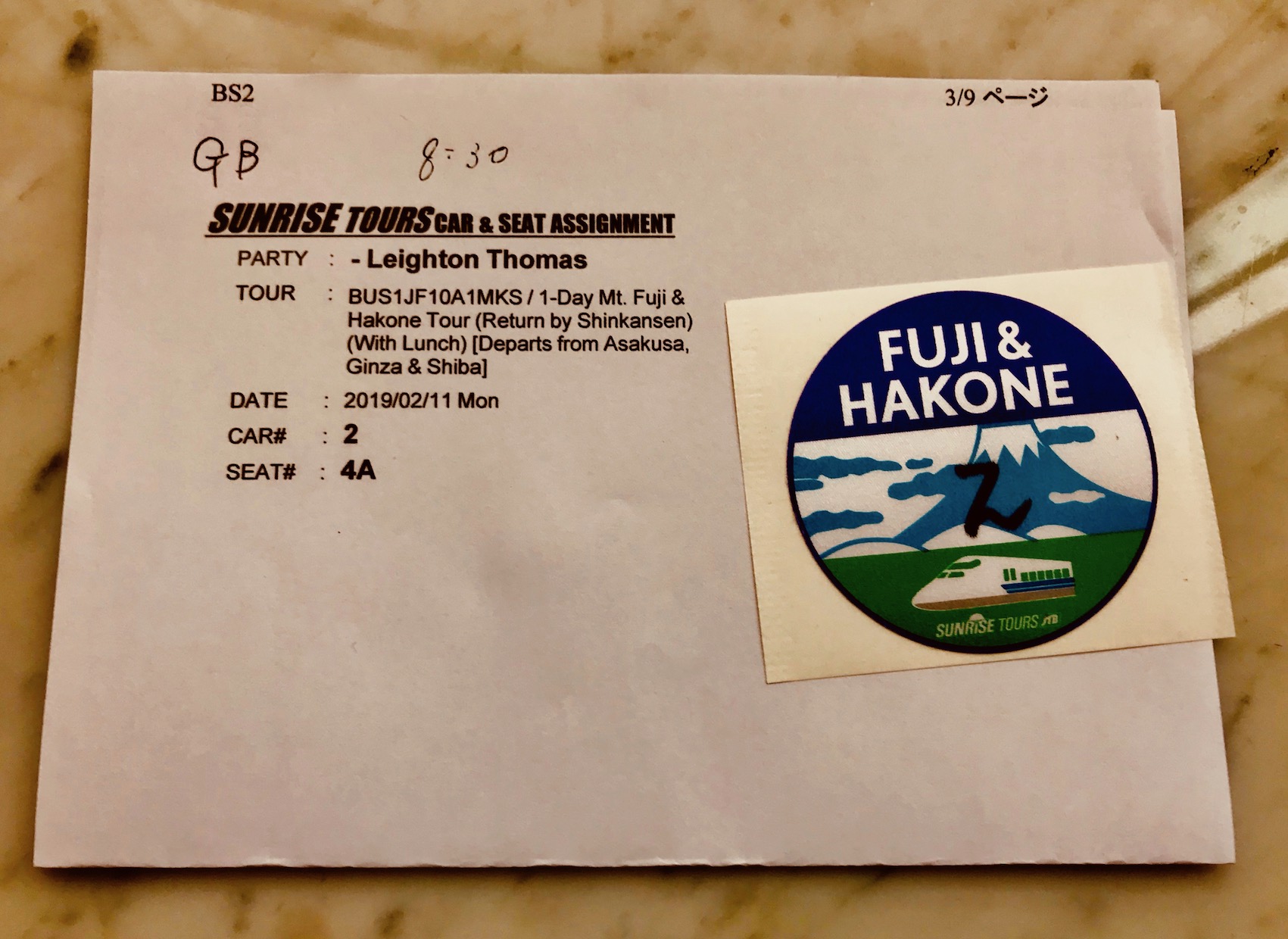 February 2019. I really didn’t want to do the coach tour thing. But sometimes you’ve gotta bite the bullet and recognize that with limited time and questionable weather conditions it can be shrewd to let someone else take care of all the details. My tour that day began outside Ginza Courtyard by Marriot Hotel at 8:30 in the morning. It was perfect for me as I’d been staying at The Ginza Bay Hotel, a mere 7-minute walk away. 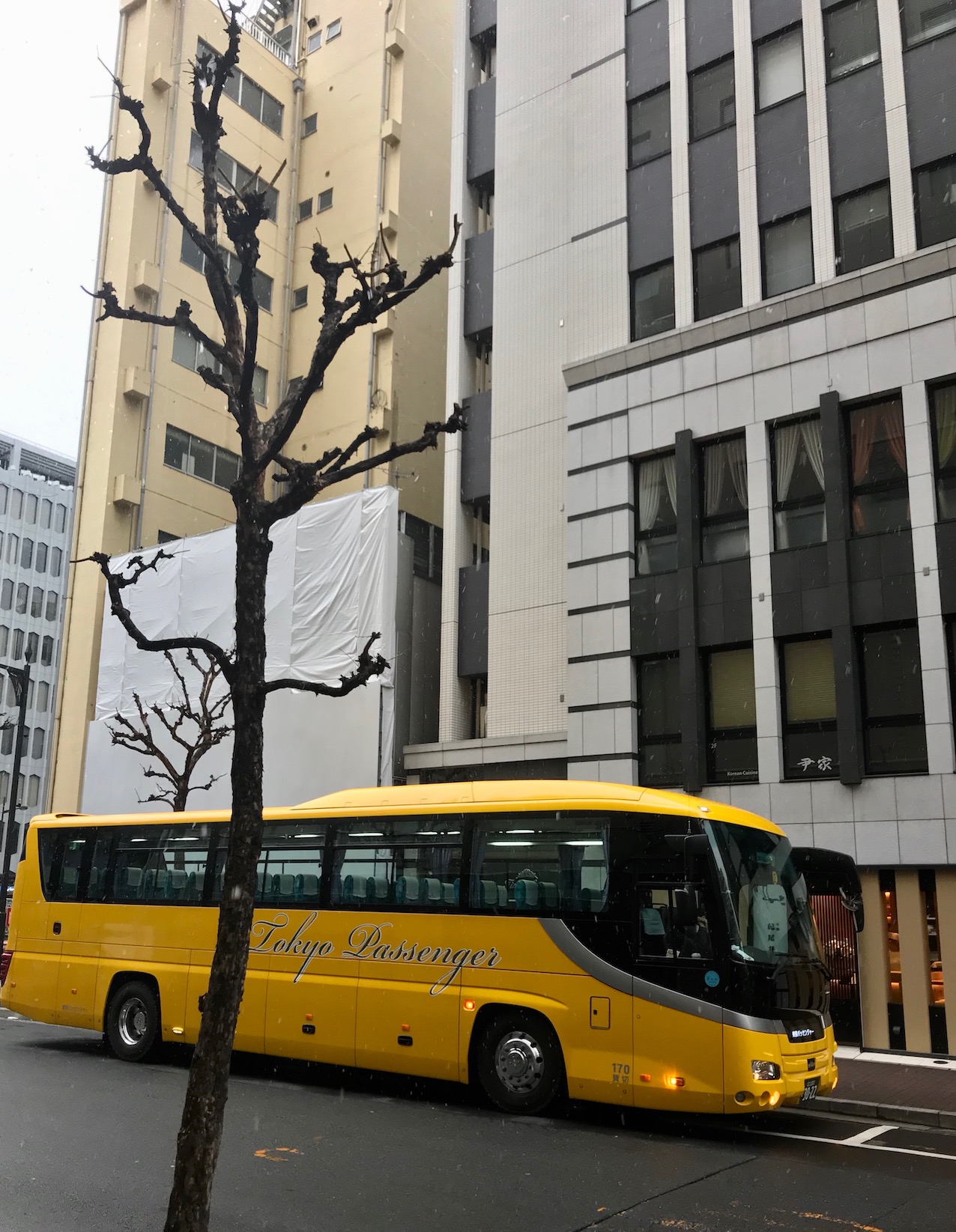 Our coach to Mount Fuji with Sunrise Tours.

Less than perfect however was the weather. It was a grey, foggy day and it had actually started snowing by the time our group began boarding the coach. People were already mumbling that getting even a glimpse of Fuji was probably gonna be a write off. After all, this is one of the world’s most flirtatious volcanoes, disappearing in and out of view at will and sometimes stuck behind cloud cover for up to an entire week. I’d read that in order to get even a taste of Fuji’s majestic potential conditions had to be very good. And conditions were not very good… not by a long shot. 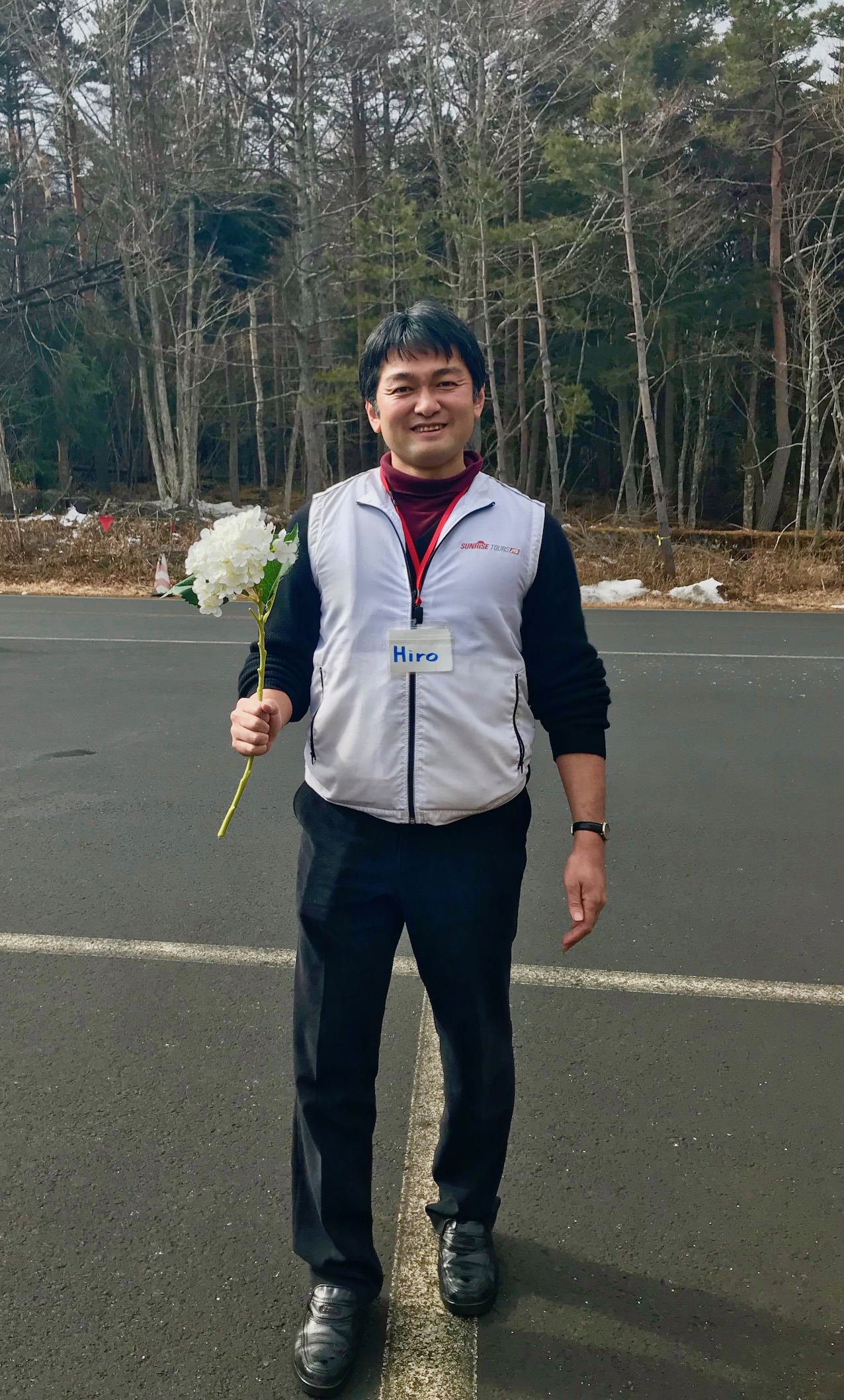 February 2019. Our Mount Fuji tour guide that day was Hiro, a polite, softly spoken Japanese man who is pretty much a talking encyclopedia of all things Fuji. He fired so much info at us on that bus over, assisted by his charming handwritten charts and sketches. At one point he even broke into song, a traditional Japanese ballad about Mount Fuji’s unparalleled beauty and the special place it holds in Japanese culture.

Hiro was incredibly patient too, carefully walking us through the itinerary, making sure everyone was comfortable, answering all our questions and chuckling politely at a pair of wisecracking old Australian men and their crappy jokes.

But as amiable as Hiro was he didn’t pull any punches when it came to the truth about the conditions that day. And so we learned that we’d only be able to access Mount Fuji’s 1st station, not the 2nd station as originally billed. But as luck would have it our spirits were lifted just moments later when, on the left side of the coach, the distant mists parted and we caught some seductive glimpses of Japan’s most famous volcano. Having been fully prepared for little to no visibility, this felt hugely heartening and I regained some enthusiasm for the journey ahead! 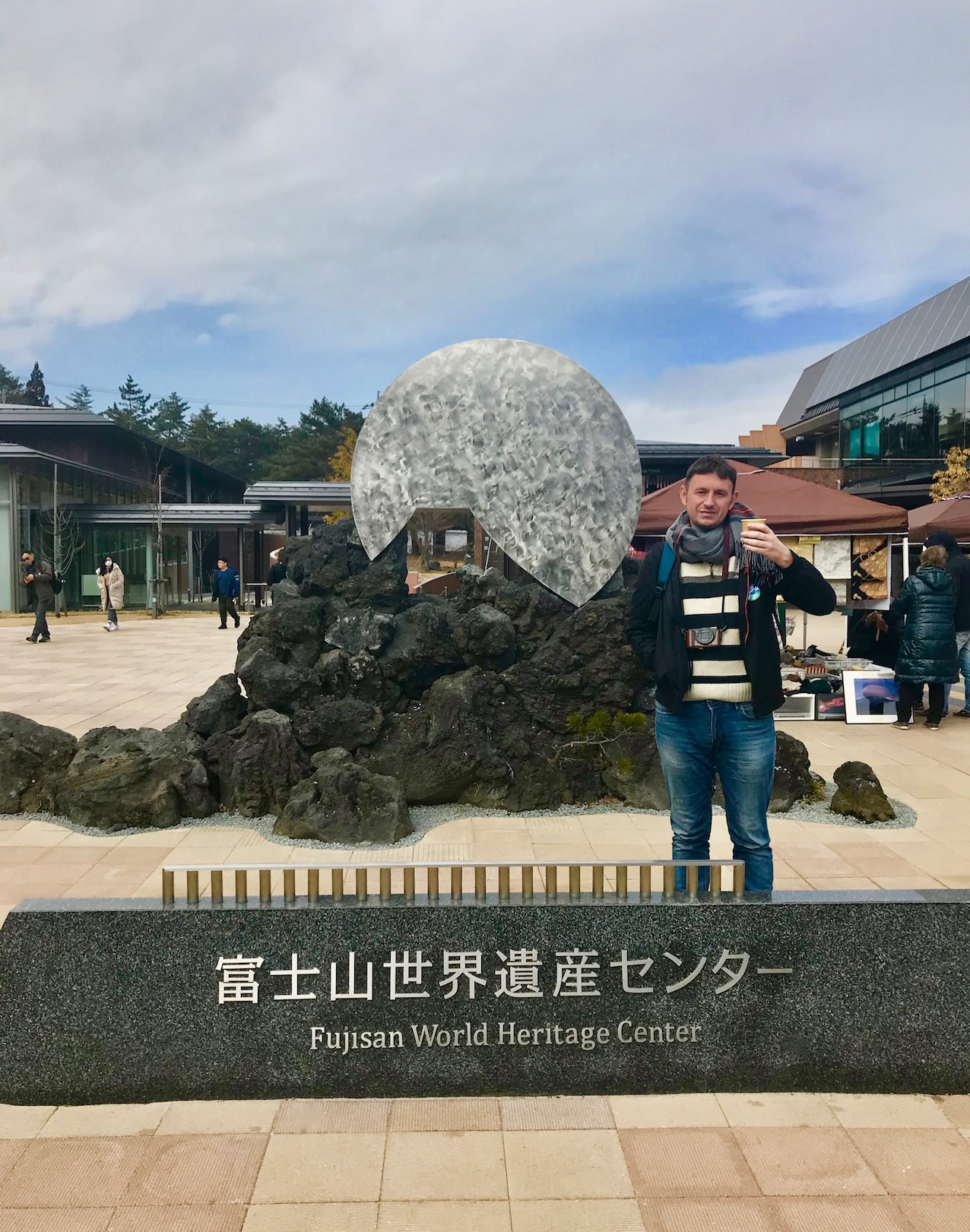 Our first stop that day came at Fujisan World Heritage Center, home to a small museum and an elevated viewing point. The museum was small but interesting enough, with an exhibit on the volcano’s ever changing faces. This is due in part to Mount Fuji’s unusual geographical location under the meeting point of the North American, Pacific and Philippine plates. 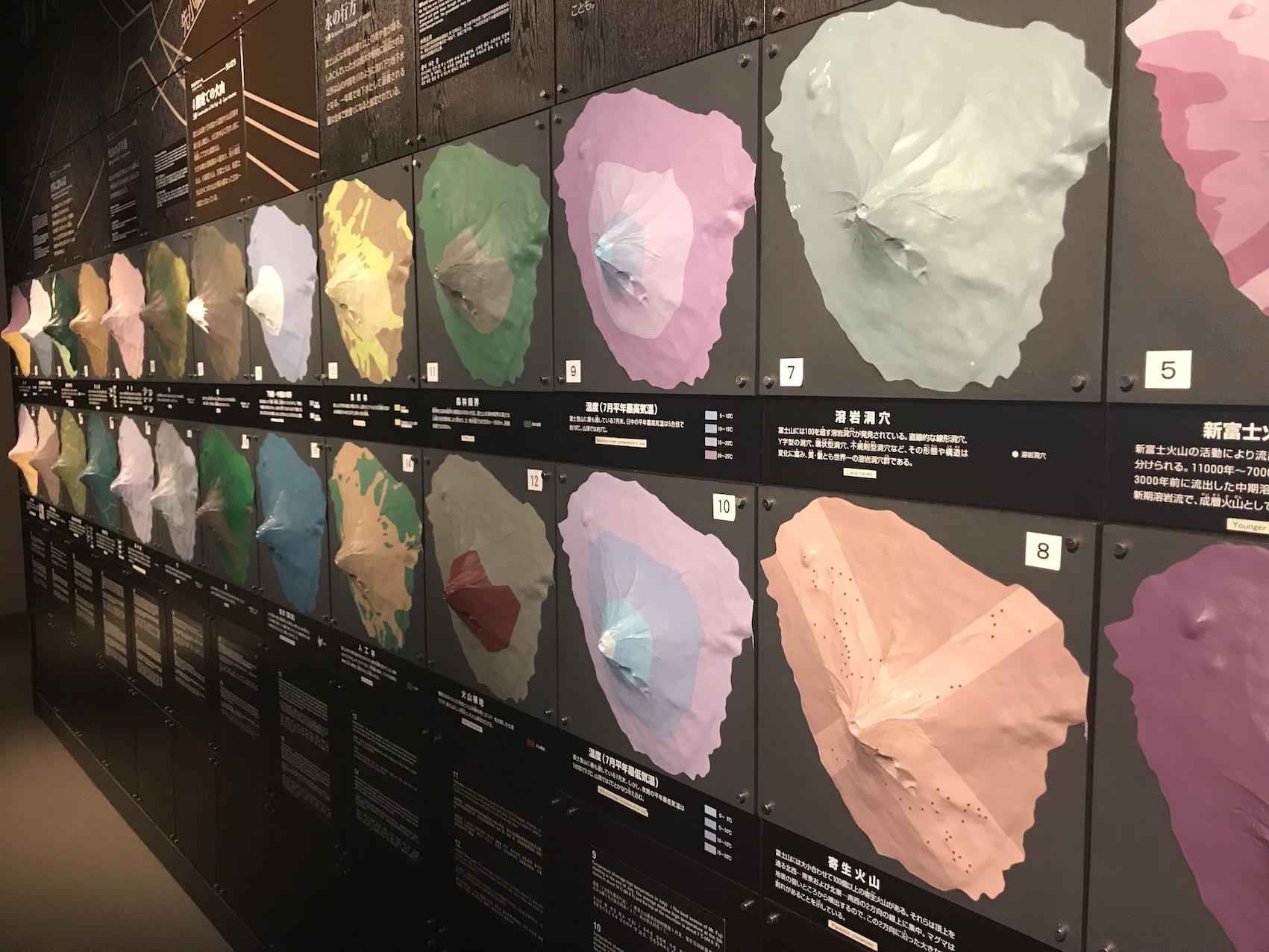 It turns out having low expectations does wonders for one’s subsequent enjoyment as once again I was delighted by the view of Fuji from the Heritage Center’s boardwalk viewing point. It was still incredibly misty and the scene before me was changing minute by minute, but in the end I managed to grab a few half decent shots. 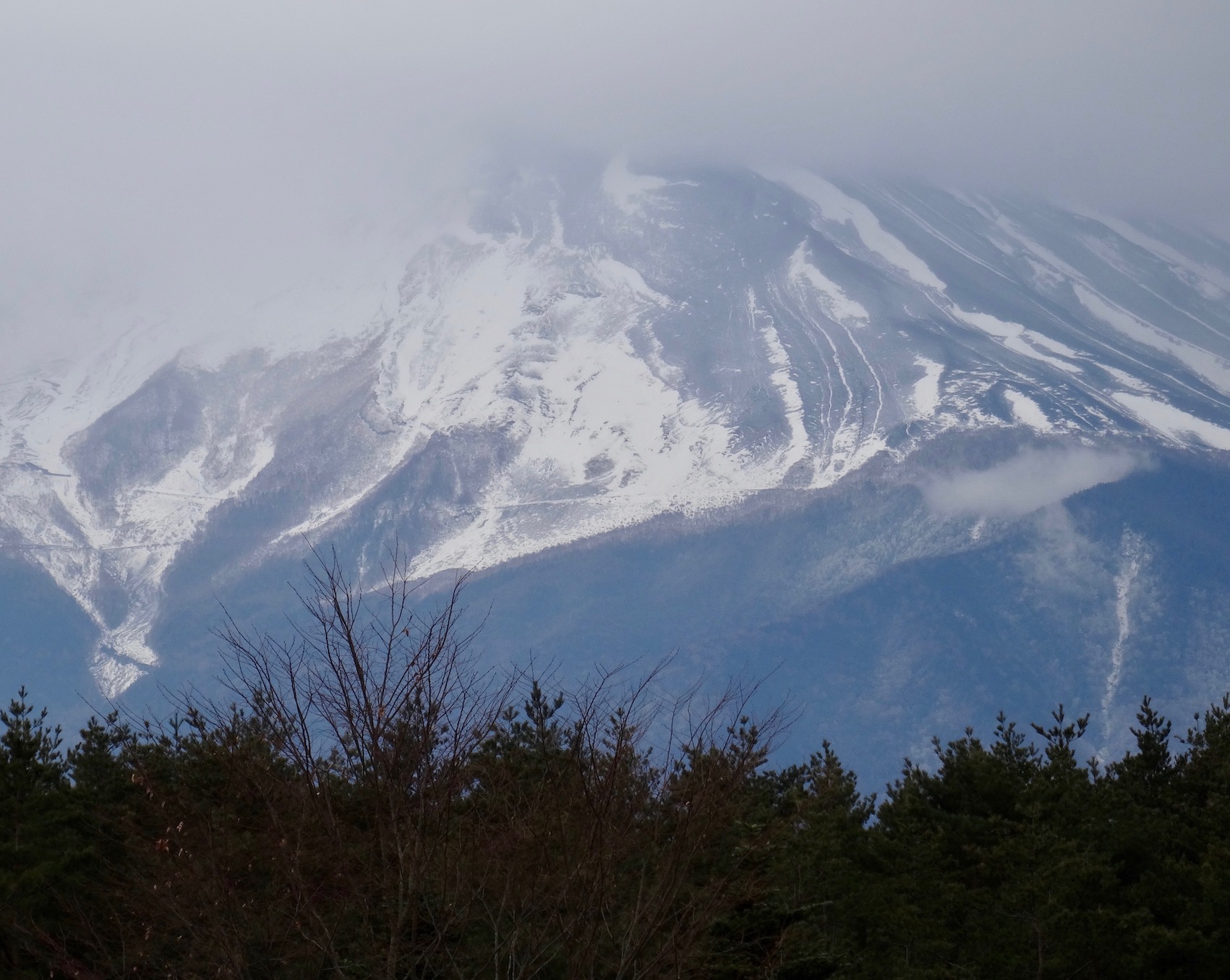 The Heritage Center Cafe does a few kitschy Fuji dishes, such as the Mount Fuji Blue Curry, while a cup of coffee comes with edible sweet Fuji Rock. Some nice touches in what is otherwise a very understated building. 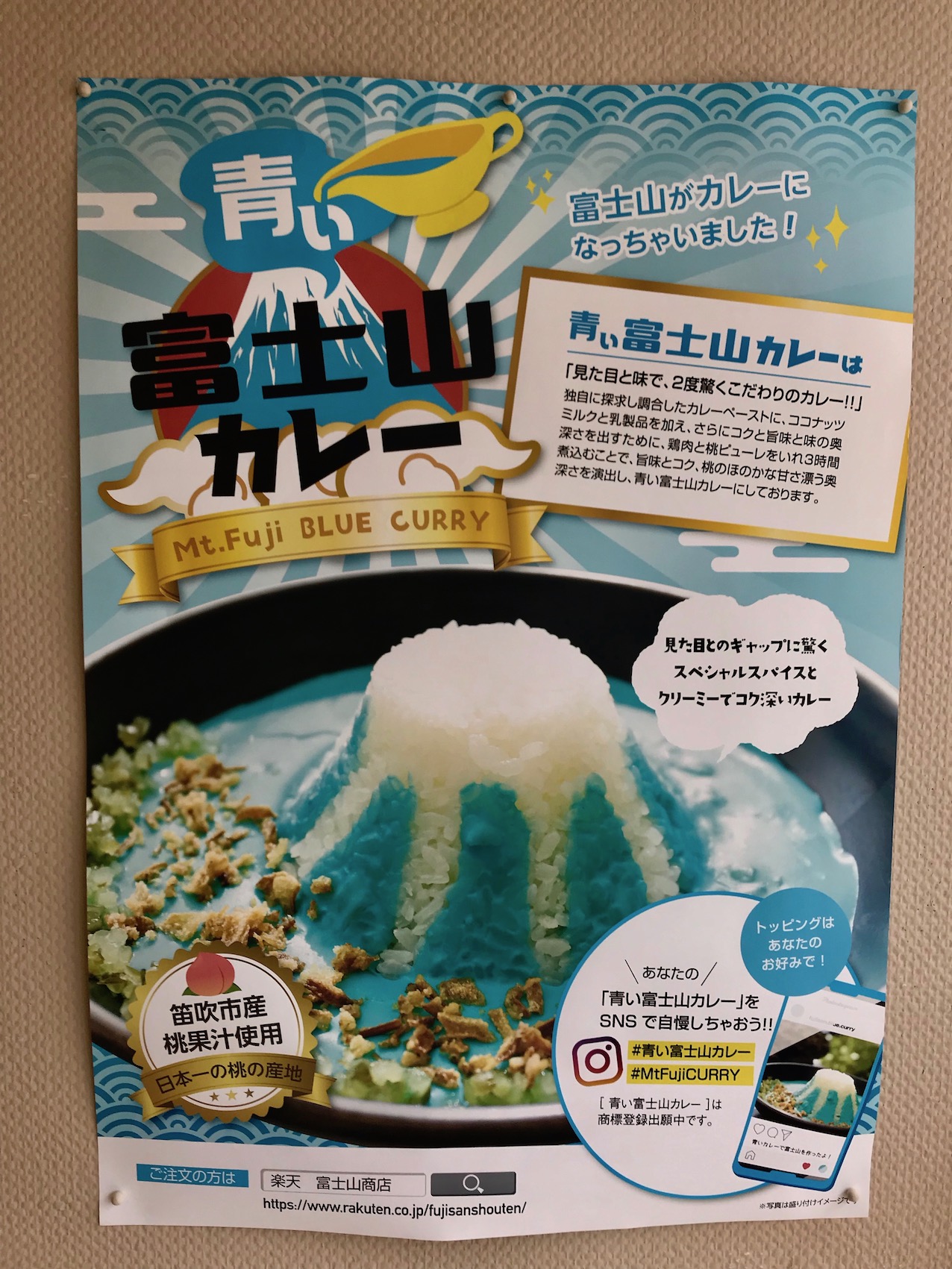 With the unexpected window views from the coach and the fine panoramic from Fujisan World Heritage Center, when the coach finally pulled up at Mount Fuji’s 1st station I now had high hopes. But alas this time our luck was out. It was misty as hell and the sky, with its dazzling white disc, was an almost blinding sheet of white-grey. 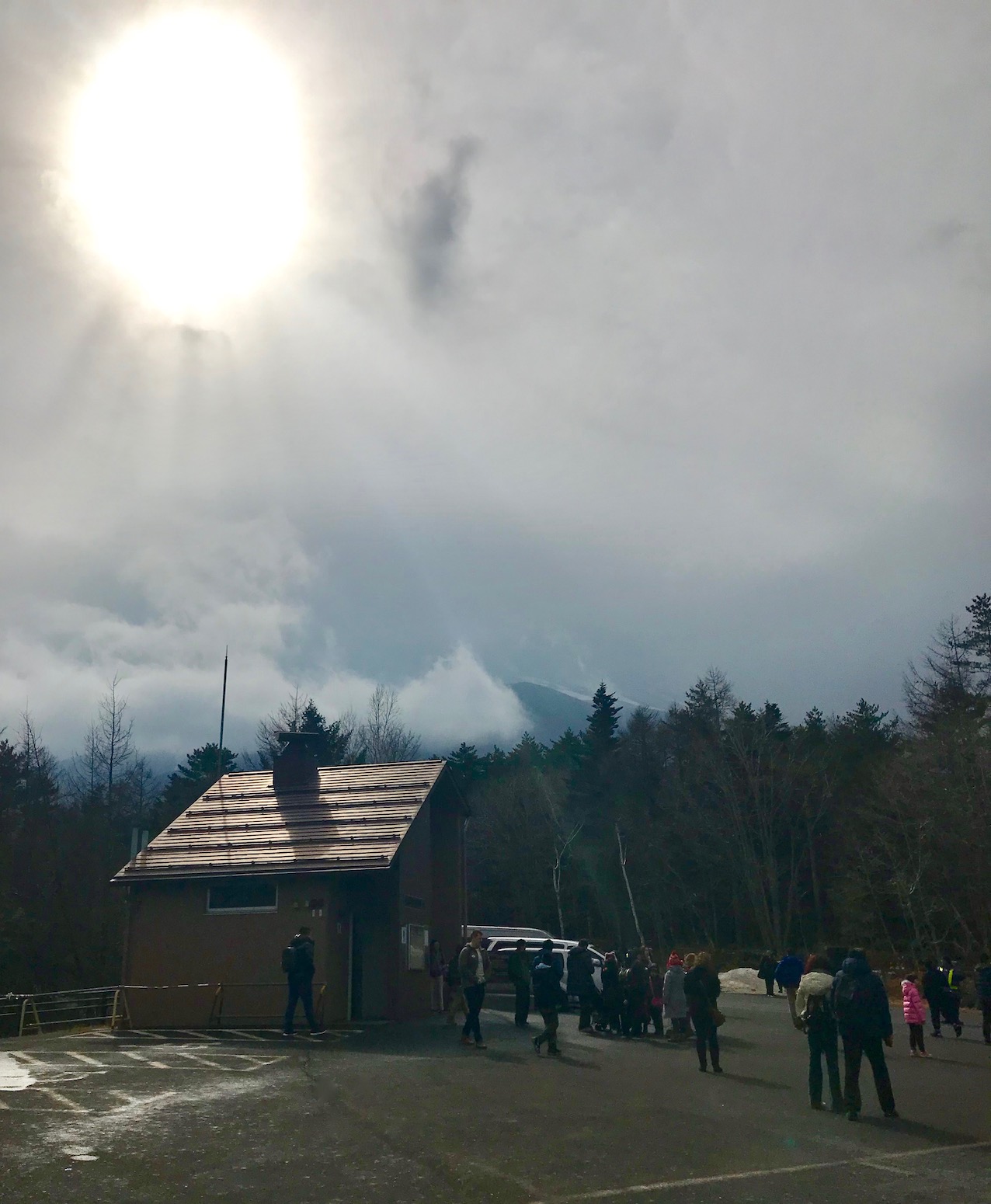 A large wooden sign told us that that this was Mount Fuji’s First Step at 1291 meters. From here there are walking trails aplenty for the intrepid solo traveller. Had I had more time and better weather I would’ve loved to hike up; maybe one day I’ll come back and do it properly. Instead our disappointed group huddled up against the security barrier closing off the road to the 2nd station and tried in vain to catch some more of Fuji through our incapable lenses. 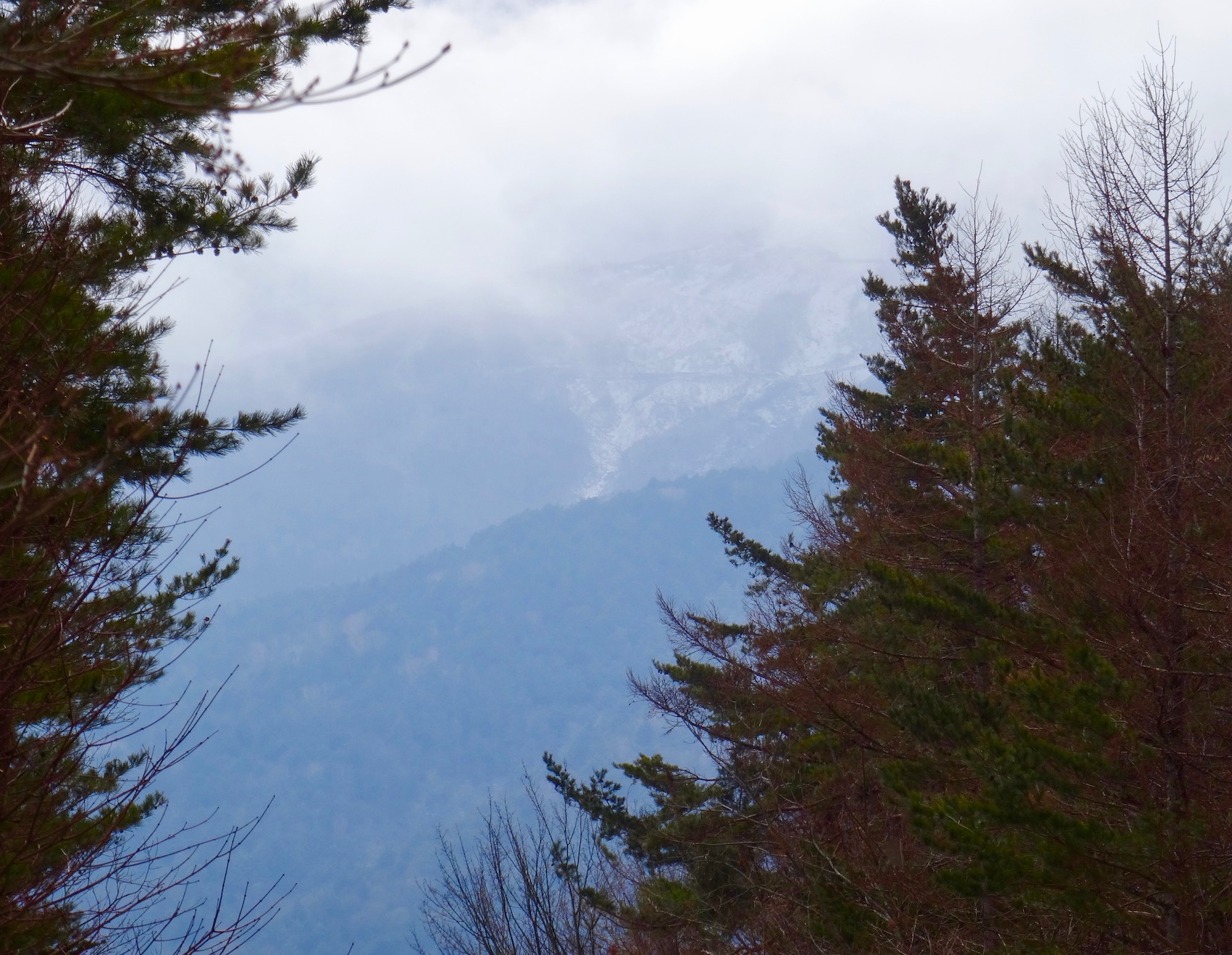 Struggling to see through the mist at Mount Fuji’s 1st station.

Happily my day trip with Sunrise Tours didn’t end at Mount Fuji. To find out more look out for my articles on Fuji Q Highland Amusement Park, Lake Ashi, Mount Hakone and the Shinkansen Bullet Train. This tour was booked through the online operator Viator and comes at a cost of 109GBP/126EUR/$141 per person.