February 2019. Spare a thought for poor old Mount Hakone; destined to forever cower in the shadow of its bigger, more popular sister volcano Mount Fuji. Like most people I hadn’t even heard of it prior to my Japan trip but in the end Hakone turned out to be a far more rewarding experience than Fuji with its underwhelming visibility and closed stations. This was the first volcano I’ve ever set foot on, so naturally I felt excited by the prospect of taking the Komagatake Ropeway up to Hakone’s 1356-meter Komagatake Peak. 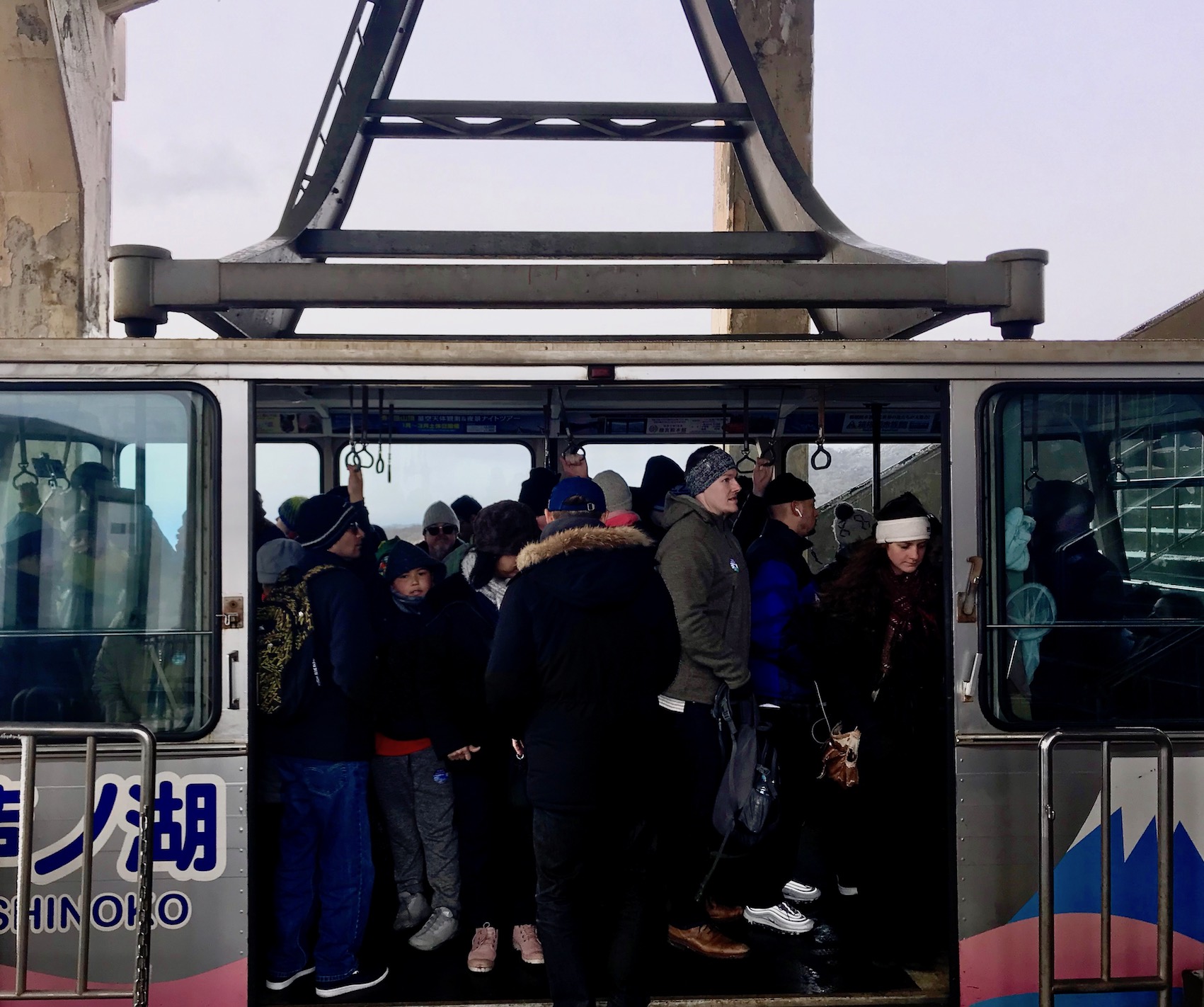 The Komagatake Ropeway up Mount Hakone. 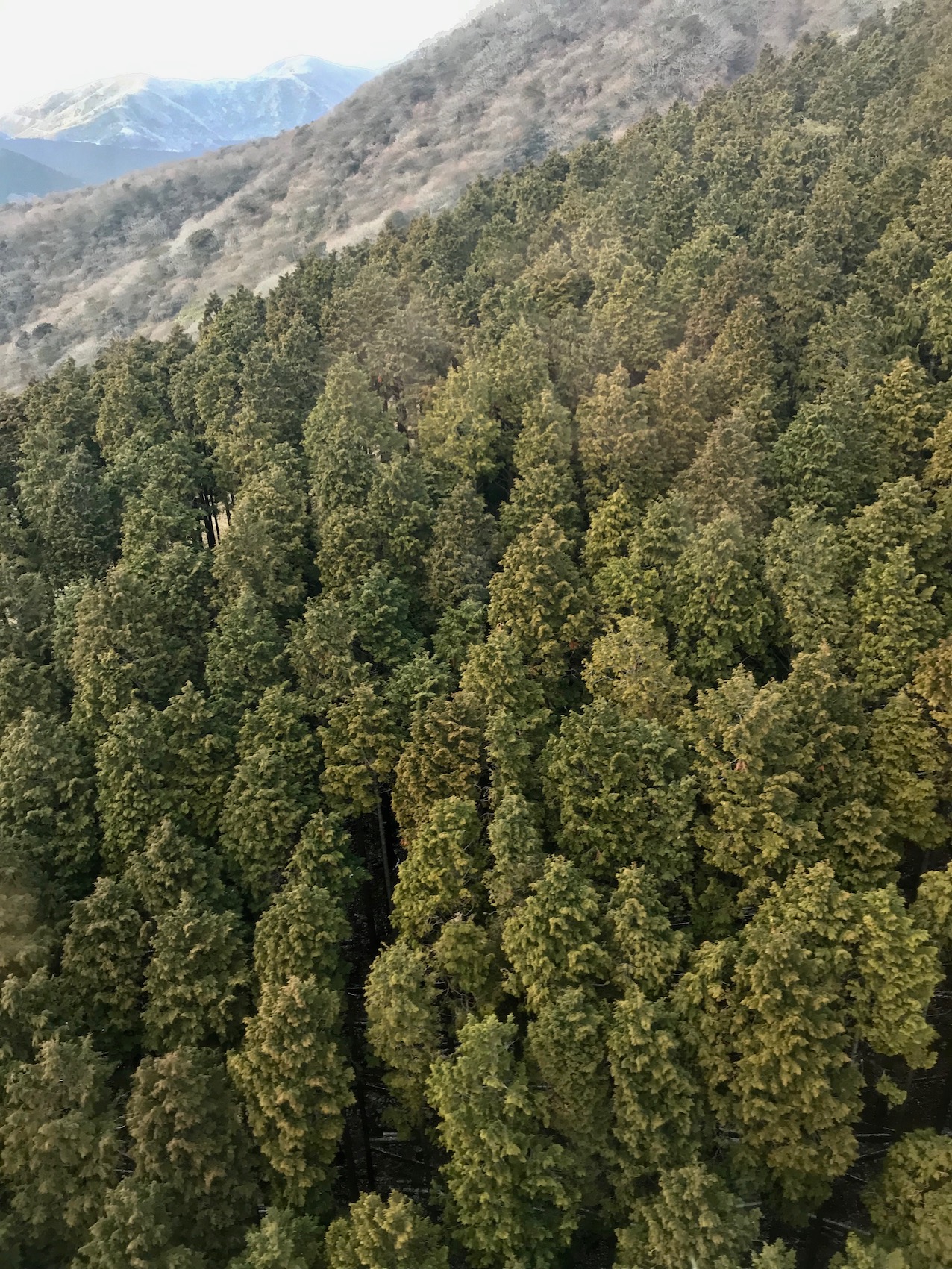 February 2019. The Komagatake Ropeway whizzes visitors smoothly up to the peak in about twelve minutes. For me the fee was included as part of my day trip with Sunrise Tours, but if you’re coming here independently a round trip ticket goes for 1600JPY (£11/€12.70/$14.30). Hours of operation are from 09:00-16:50 and it can be closed if the weather is bad. I hope you’re not claustrophobic, as they certainly pack em’ into the cable car. 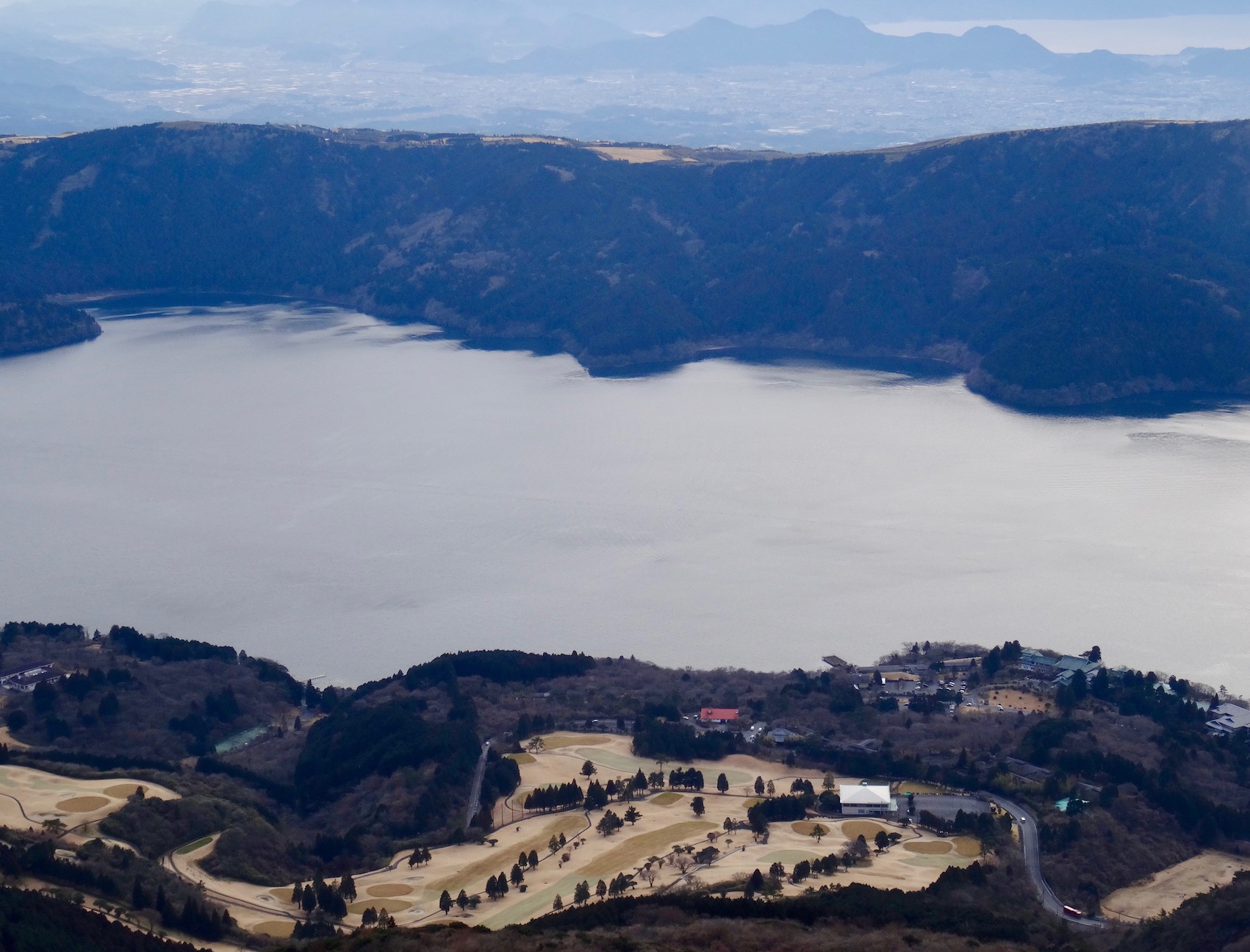 Views over Lake Ashi and beyond from Mount Hakone’s Komagatake Peak. 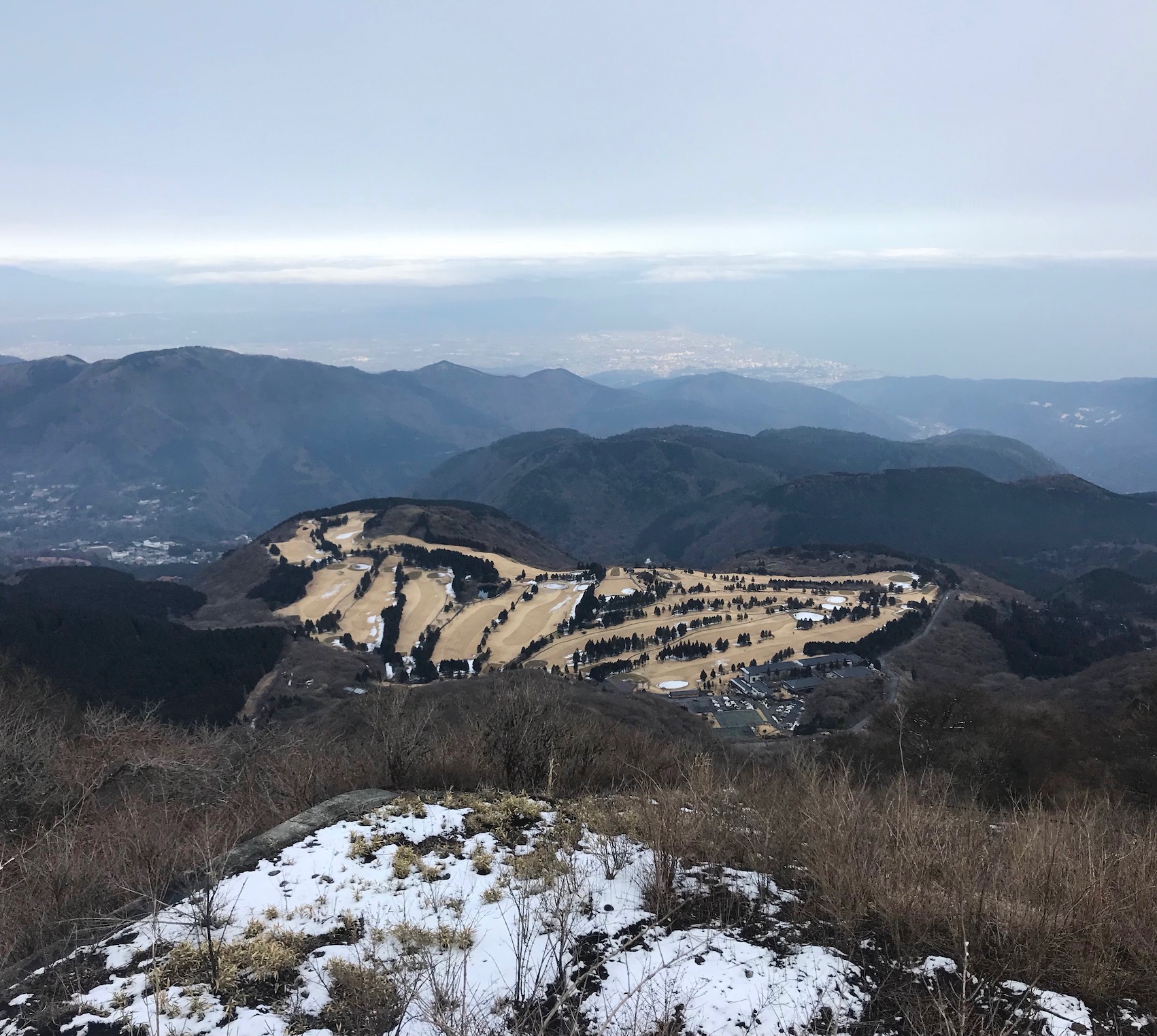 February 2019. The views from Komagatake Peak are magnificent, even on a dark, grey day like this one. It’ll take you about fifteen minutes to do a full circuit of the peak, though you’ll undoubtedly linger longer to gaze out over Fuji-Hakone-Izu National Park and its picturesque Lake Ashi. The lake was formed over 3000 years ago after a fierce Hakone eruption. Amazingly, Mount Hakone had stayed dormant for over 800 years until a small eruption in the summer of 2015. While the eruption was pretty low-key, a few nearby resorts did have to close their doors for a couple of days. 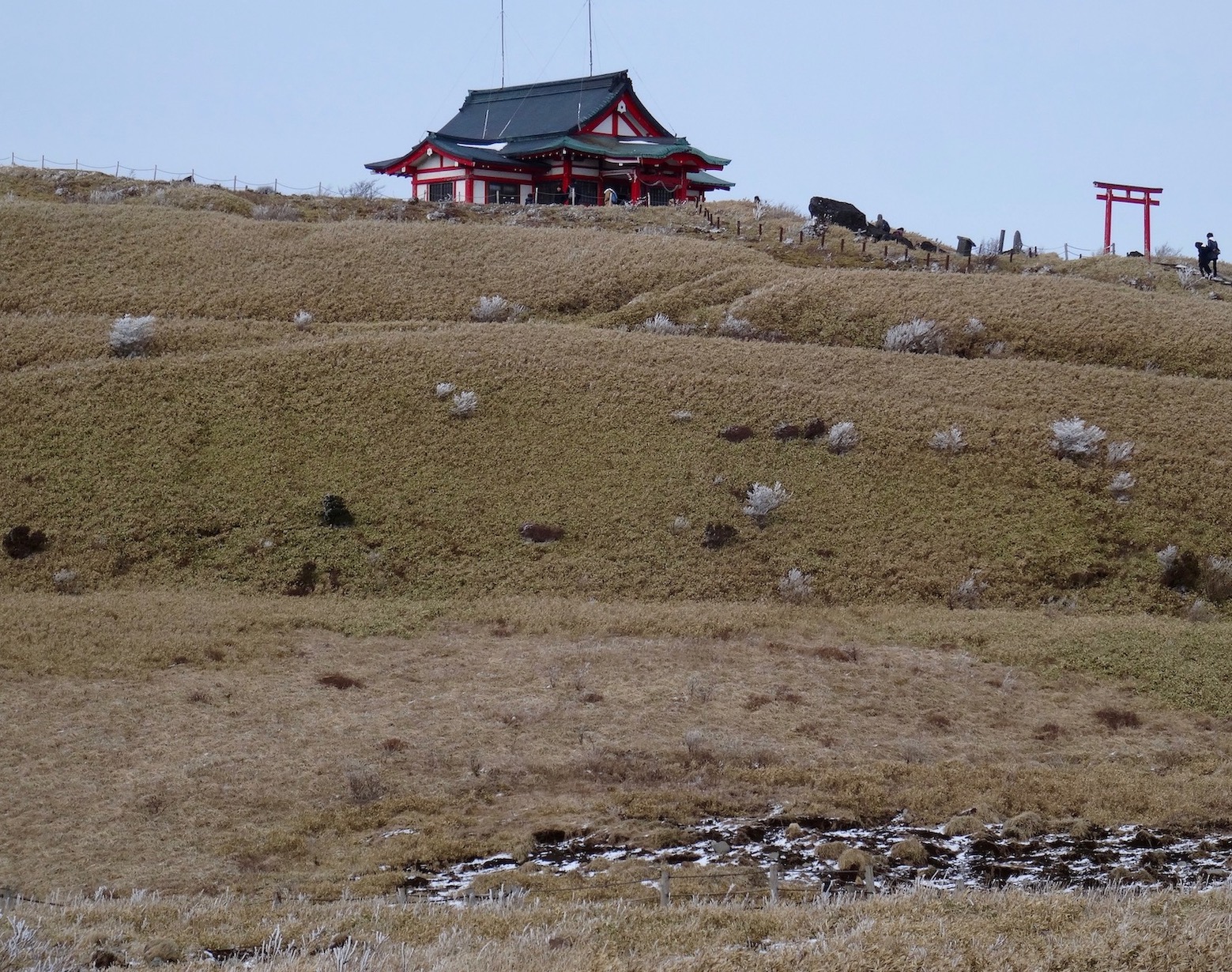 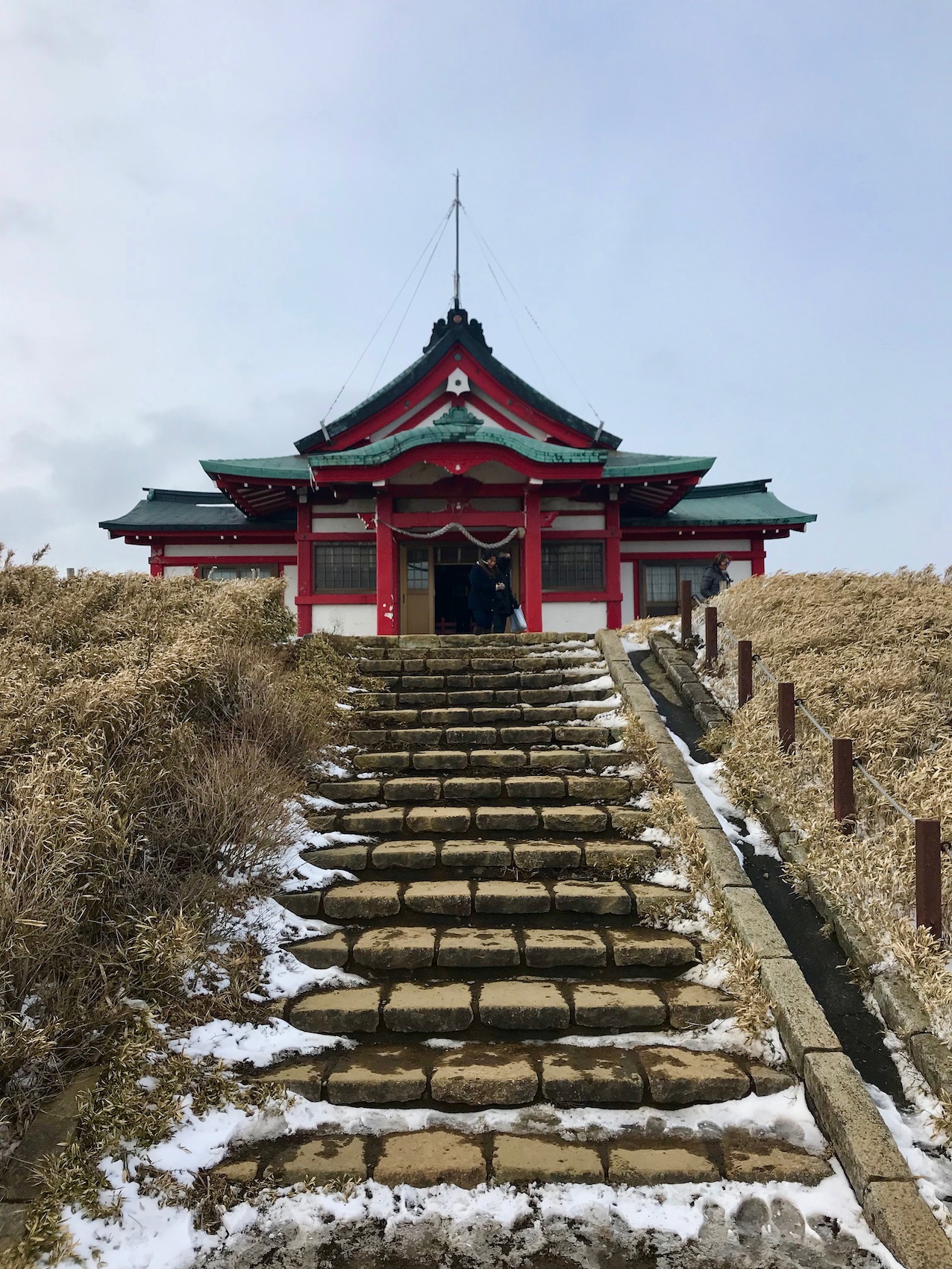 February 2019. The only real sight on Mount Hakone’s Komagatake Peak is the charming little Hakone Shrine Mototsumiya accessed via a short but steep set of stone steps. 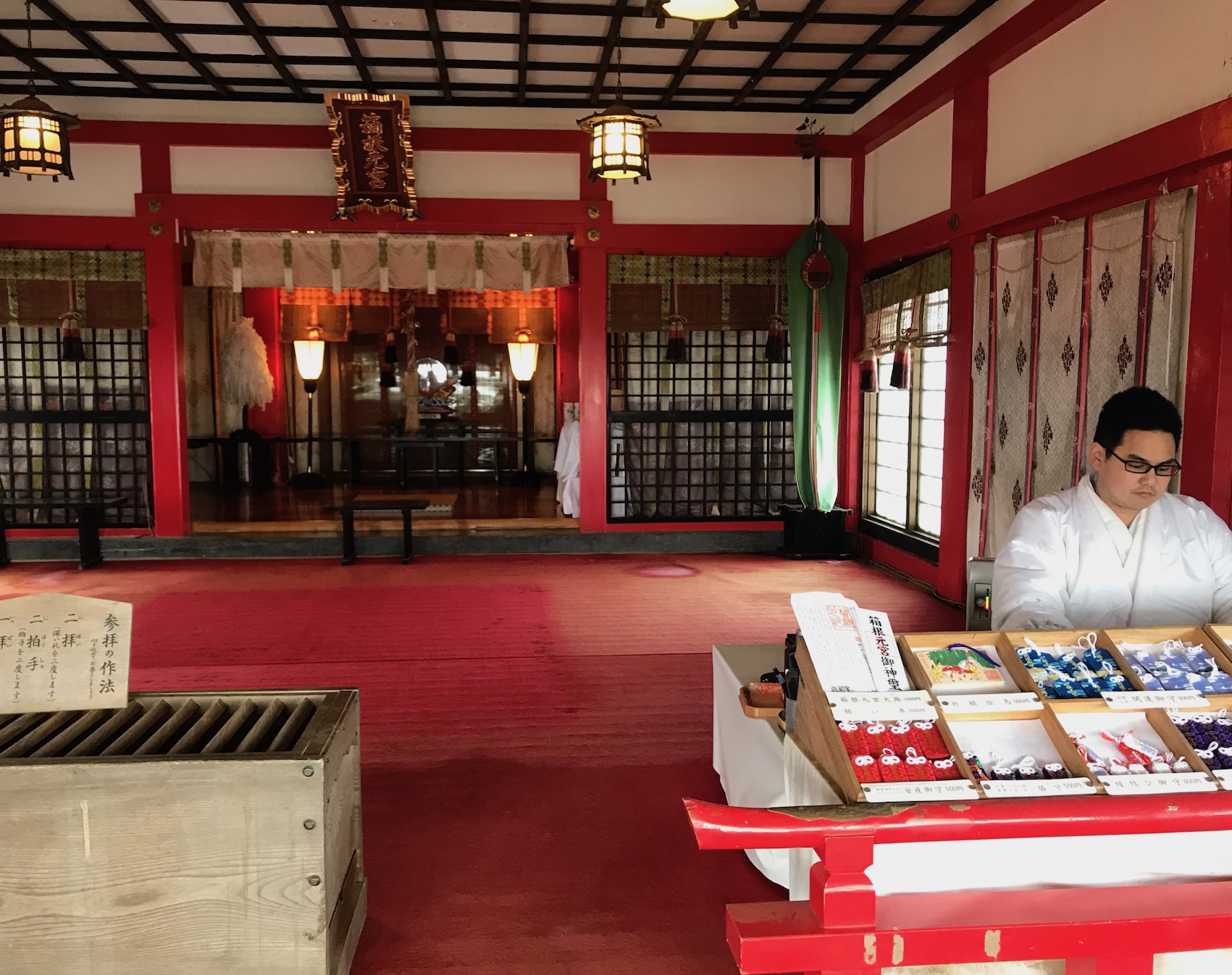 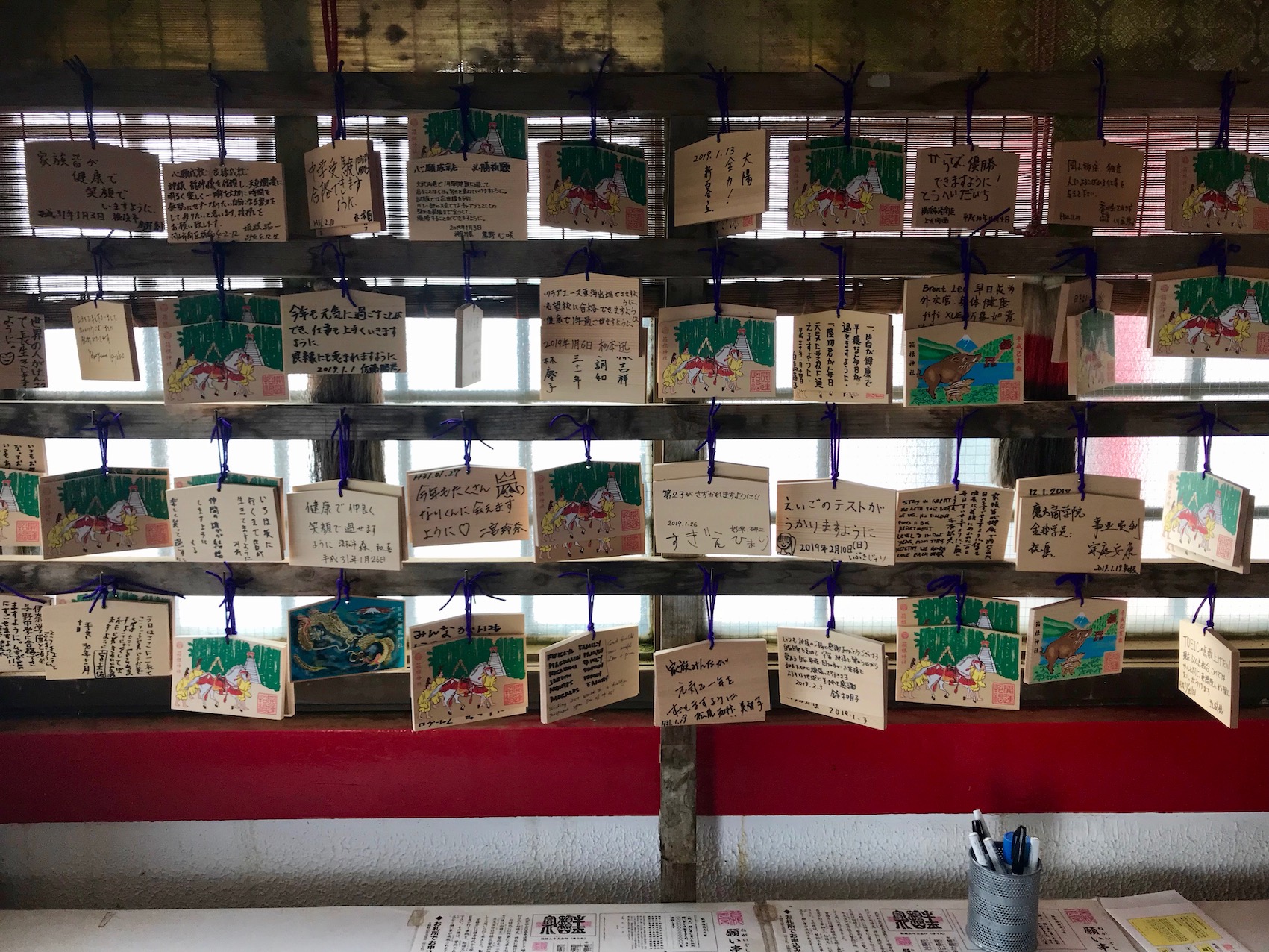 A lone disinterested shrine guardian sits inside playing on his phone and generally doing his best to ignore visitors. Still, I saw more than a few Japanese guests paying their respects and you can also buy the usual wooden prayer tablets if you feel so moved.

Once you’ve seen the shrine that’s pretty much it and unless you’re heading off for some serious hiking it’s back on the Komagatake Ropeway for the trip back down to the shores of Lake Ashi. The views are much more impressive on the way down, but you’ll need to be near the front of the queue to grab a cherished window spot.

My visit to Mount Hakone came as part of a day trip with Sunrise Tours. To find out more, check out my articles on Mount Fuji, Fuji-Q Highland Amusement Park, Lake Ashi and the Shinkansen Bullet Train. This tour was booked through the online operator Viator and comes at a cost of 109GBP/126EUR/$141 per person.