May 2019. As much as I greatly enjoyed my enlightening visit to Colchester Castle Museum, I’ve got to say it was probably eclipsed by the absolutely gorgeous Colchester Castle Park. We really do green spaces exceptionally well in this country don’t we? This particular green space, probably the favourite park of my 2019 travels around England, is an 11-hectare complex situated just to the northeast of Colchester Town Centre.

May 2019. Originally part of Colchester Castle’s private grounds, Colchester Castle Park was opened to the public on the 20th of October 1892. It was late afternoon on the day of my visit and I had about an hour before a dinner date with my grandma and evening drinks with my auntie Debbie and cousin Nathan. So I wasted no time in diving in and exploring while it was still light.

May 2019. My walk that day began by following the path that runs left past the castle entrance and down the side and back of the great building.

Passing a series of lovely monkey puzzle and foxglove trees, it wasn’t long before I came across the park’s infamous grey squirrels. You literally couldn’t miss them if you tried. They dart across the path, bounce through the grass and shoot up and down the trees. In the case of one ballsy little fella, they’ll even come right up to you, stop and narrow their beady little eyes with an expression that translates as “Yo, where’s the food at?”

May 2019. Colchester has a rich history as a military town, dating right back to the days of Emperor Claudius, who set up the area’s first garrison in the year 43. In the centuries that followed The Romans, The Normans and The Victorians all manned garrisons here, while in 2004 a chunk of these old sites were destroyed to make way for what would become the modern Merville Barracks. Today Colchester is home to the 16th Air Assault Brigade. In Colchester Castle Park there are a number of poignant military tributes, such as this stone memorial for those who served and fell in the Korean War between 1950-1953. The stone reads: Not one of them is forgotten before god.

This anniversary stone celebrates 90 years of The Royal British Legion’s Colchester branch. It was unveiled by The Mayor of Colchester in 2011 and reads: “Shoulder to shoulder with all who serve”.

A scattering of touching memorial rocks sit under The Royal British Legion anniversary stone.  This one commemorates the service of Private Sydney Smith, who was killed in action during World War I.

This is  Colchester Castle Park’s towering Millennium Beacon, first lit by The Mayor of Colchester Councillor Graham Bober on the 19th of July 1988. That first lighting was to commemorate the 400th anniversary of the sighting of The Spanish Armada in 1588.

The Beacon goes on to list all of its high profile lightings over the years, the most recent coming in 2018 to commemorate the centenary of the end of the World War I.

Colchester’s Roman wall is the longest and oldest surviving town wall in Britain and a good chunk of it runs right through Colchester Castle Park.

I found an old sign on the Roman Wall that basically warns parents not to let their children climb all over it. The sign also encourages people to call the police if they see anyone damaging it! As I was taking my photograph a woman passing by with her child stopped to exclaim: “My word, twenty years I’ve lived here and I never noticed that sign!”

With early evening now rapidly closing in, I swear I could almost smell my nan’s roast dinner from the park. My last stop was at this amusing tribute to a pair of historical Colchester characters, Marmalade Emma and Teddy Grimes, a pair of roguish tramps back in the early 1900s. 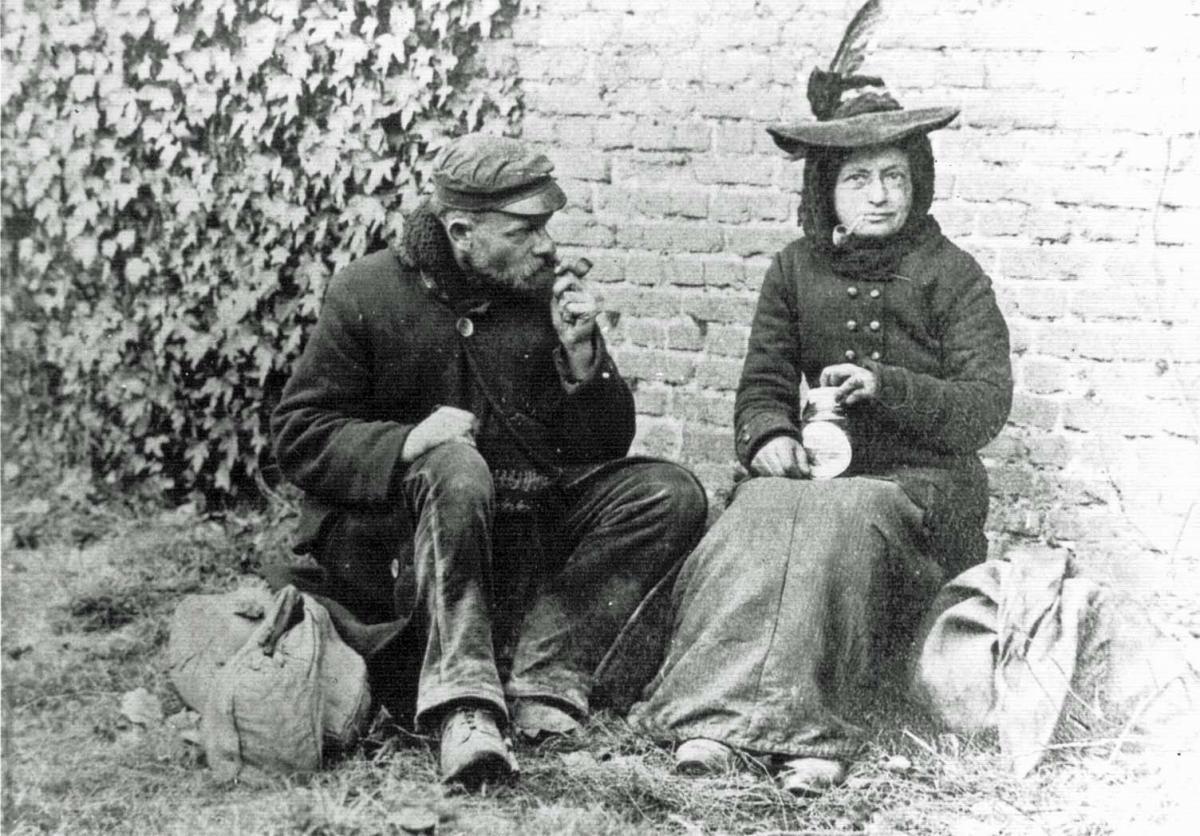 So outlandish were some of their escapades that they eventually became known by literally everyone in town and even made their way onto official Colchester postcards! According to local stories, Emma and Teddy often came to Colchester Castle Park to feast upon the scraps given to them by the people. For more on Marmalade Emma and Teddy Grimes, there’s a really interesting article about the pair by The Essex County Standard.

They were also the subject of a 1970 song, The Ballad of Marmalade Emma and Teddy Grimes by the English rock band Hard Meat.