May 2019. I love how most of Colchester’s sights are historical and free! In fact, aside from Colchester Castle, just about everything I did here was free from Castle Park and The Hollytrees Museum to Firstsite and Colchester Natural History Museum. Another free delight that’s well worth fifteen minutes of your time is St. Botolph’s Priory, the ruins of an ancient Augustinian church dating back to the 12th century.

May 2019. Located on Priory Road next to the somewhat uninspiring St. Botolph’s Church, the priory ruins are a fine example of early Norman architecture made up of flint and orange-red reused Roman brick.

May 2019. Although badly damaged by cannon fire during The Civil War siege of 1648, much of St. Botolph’s Priory has held up pretty well, with some wonderfully intact circular pillars and rounded archways. This palpable sense of drama was however dampened by a group of drunk morons larking about on some nearby benches. “Nobody’s home mate, ha ha ha!” one of them shouted at me. Then he tripped over his own shoelaces and fell on his ass, which was quite funny.

May 2019. After its near total destruction in 1648, St. Botolph’s Priory lay in ruins for centuries with no real attempt to restore it. In the 18th and 19th centuries the priory’s nave was used for burial and indeed today you can visit the small priory graveyard set around the back.

May 2019. St. Botolph’s Priory Graveyard is a really peaceful spot, set away from the main road. It’s a popular place for some reading or, in the case of this guy, for destroying a takeaway of fish and chips. I could actually smell the vinegar from my discreet vantage point between the trees. 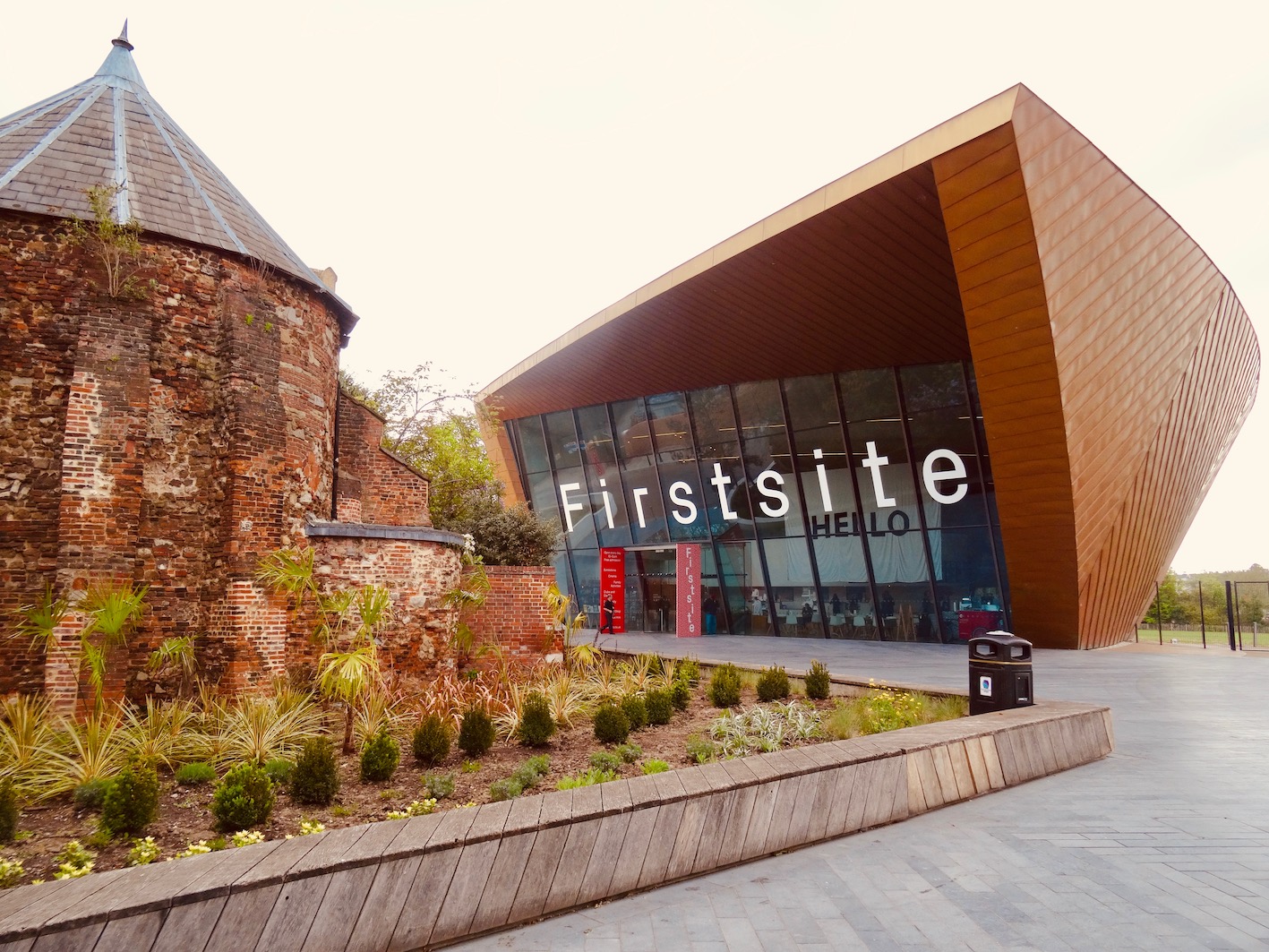