December 2015. The curious little Cambodian city of Battambang offers visitors a handful of unique sights that stand right up there with the best of the country’s must-see attractions. One of these is Phnom Sampeau, a massive limestone mountain 12 kilometres outside the centre. It’s a steep forty-five minute walk up to the top and there are wonderful views of the surrounding countryside along the way. It’s quite a workout getting to the top, hence some people grab a moto taxi directly to the mountain’s upper walking trails. Expect to pay around $4.

About halfway up the mountain a side road leads you under a gate into the site of Phnom Sampeau’s grisly Killing Caves. In the mid to late 1970s Cambodian dictator Pol Pot and his army set about mercilessly slaughtering scores of civilians. It was part of their plan to transform Cambodia into a communist, agricultural state. These terrifying sculptures mark the entrance to the caves and leave visitors in no doubt that what they’re about to see isn’t for the fainthearted.

Basically, anyone educated was seen as a threat. As a result, teachers, students, doctors, artists and even monks were gathered up and killed all around the country. One of these mass execution sites was right here in the caves of Phnom Sampeau.

The nature of these executions was unimaginably horrific. First the Khmer Rouge stabbed and bludgeoned their victims to death in large numbers. Subsequently, they disposed of the bodies by dropping them through the skylights of several Phnom Sampeau caves. A few of these caves now stand as memorials and yes, you can walk right in. Just head down the staircase under the low hanging branches.

Like Phnom Sampeau itself, the caves are beautiful and totally at odds with the awful acts that took place here. Inside people pay their respects with silent prayer in front of glass case exhibits of victims’ bones. It’ll certainly leave a lump in your throat.

After the horror of The Killing Caves, you’ll be in definite need of a pick-me-up. Happily then, it’s just another ten minutes up to Phnom Sampeau’s highest viewpoint. The panoramic from up here is breathtaking, which went some way to clearing my mind from the horrors of the caves. 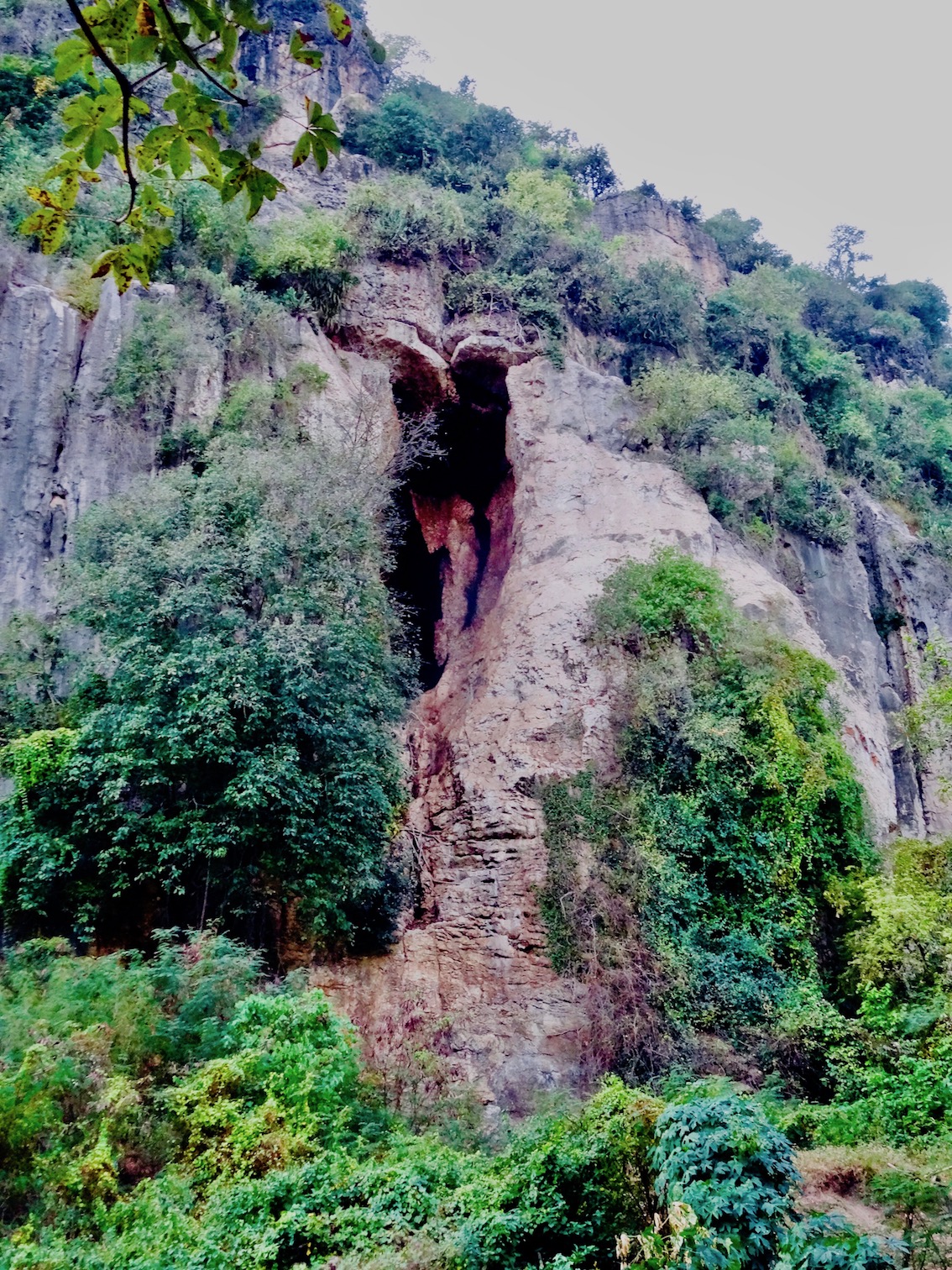 There’s another famous cave to seek out on Phnom Sampeau. But fear not, this sight isn’t connected to Cambodia’s dark history. Head back down to the base of the mountain for sunset and look out for the crowds gazing expectantly up at a series of caves. This is where around five million bats pour out into the evening sky every night!

It really was an incredible sight, the bats gushing out in a thick column of flapping wings and spooky squeals. The sheer scale of Phnom Sampeau’s bat extravaganza can be hard to comprehend, with the mass exodus taking over forty minutes to complete. This daily ritual sees the looping line of bats head off to Tonlé Sap Lake. There they feast on mosquitos for a couple of hours before returning home.

Like these? Then why not read about my adventures all around Cambodia.