May 2015. It’s a somewhat complicated story how I ended up in the strange Malaysian city of Johor Bahru. This had never been part of the plan, but sometimes fate sends you off in unexpected directions. In April 2015 I spent a month backpacking around Thailand, a country I loved so much I decided to extend my adventure to an eight-week trip. But first I had to exit the country before my initial tourist visa expired. So I booked a five-night stay in Singapore and made plans to take a boat out to the Malaysian island of Pilau Sibu.

My old friend Lisa worked on Sibu Island, and just a few days before I was due to leave she called me to say there were complications. “They’re sending me to the mainland to work in the head office for a few days! So inconvenient… but there’s nothing I can do. Do you fancy coming to Johor Bahru? We could take the boat back to Sibu together…”. All I can remember thinking was, where and what the hell is Johor Bahru? Dwarfed by the popularity of its neighbouring metropolis Singapore, most people have never even heard of Johor Bahru. And I was one of those people. On the plus side, all I had to do was jump on a bus, cross The Johor Causeway and pass through border control. So it was hardly out of my way.

The whole Johor Bahru thing was thrown together at the last minute, so I didn’t have time to figure out what there was to see and do. Nor indeed did I analyse the full range of accommodation options. In the end I picked a  joint called Citrus Hotel, a swanky but surprisingly affordable place located right in the heart of the business district. In the unlikely event you ever find yourself in JB, I highly recommend it. Check out their website here.

The receptionist at Citrus Hotel asked me if I was in Johor Bahru for business. When I told him I was just visiting he pretty much laughed in my face, before enquiring “Sir, why you come here?” This got me querying him on what there was to see and do, to which he replied: “Nothing to see here, but many market for eating”. He wasn’t kidding about that! My first impression of JB was that the city seemed little more than one giant, open-air food market. Not particularly excited about the prospect of mutton stew for breakfast, I politely declined this vendor’s charms and pushed on in search of coffee.

At the time of my visit Johor Bahru had not yet succumbed to the global trend of fancy coffee houses. So I made do with some cup-of-Joe stuff at this no-nonsense street cafe. The coffee was appalling! But I liked the ambience of grizzly old Malaysian men going about their morning routines of chain-smoking, reading newspapers and drinking shit coffee.

I spent hours walking through Johor Bahru’s markets and checking out its restaurants. In addition to traditional Malaysian fayre, there was a huge Indian and Chinese influence throughout. In fact, the most popular place I saw was Kam Long Chinese Restaurant, where a line of waiting hopefuls often extends out onto the street. And while I was admittedly starting to feel my stomach rumble, I had no appetite for joining the queue and even less enthusiasm for the house speciality, a curried fish head soup.

In the end I figured I should adopt a when-in-Rome attitude and eat Malaysian, a national cuisine I’d had very little experience with. Everywhere I went in JB, I saw signs for Nasi Kandar, and with the accompanying photos looking pleasingly curry-like, I settled in for a late lunch at this unfussy street side restaurant. By the looks of my neighbour, they didn’t get many strangers in Johor Bahru.

Nasi Kandar is a northern Malaysian dish that originated in Penang, where it was Introduced by Indian traders. A typical plate involves several varieties of curry, served with thick, sticky banana leaf rice, stir-fried vegetables and a signature boiled egg. My Nasi Kandar that day was a decent if not spectacular mix of beef and chicken, which was disappointingly served lukewarm. But I didn’t feel too cheated, especially when the bill arrived with its proclamation of incredible cheapness. Just a glance online today shows that Johor Bahru’s culinary options have mushroomed in the last few years. For an overview of some of the city’s best eats, head to culturetrip.com.

I soon came to realise that Mr. Citrus Hotel had been fibbing and that there were a few things to see in Johor Bahru. But actually, hot on the heels of a month in Thailand and my stay in Singapore, I had no interest in temples, parks and the city zoo. Nor indeed did I want anything to do with Legoland or Angry Birds Theme Park. But then I saw a billboard for Danga Bay, which advertised itself as “Malaysia’s premier waterfront complex!” Now this looked promising… until that is my taxi driver dropped me at this industrial waste ground and gave me a goofy shrug of the shoulders. “Sir, Danga Bay not finished!”

I have no idea what compelled me to head off and investigate anyway. But that’s exactly what I did, despite the fact that the sky had gradually been turning an evil shade of grey. Ten minutes later, beyond the dumpsters, cranes and cement mixers, I came across Danga Bay Theme Park. It was a sad looking, shut-down collection of antique rides that included a ferris wheel, dodgems and a rusty old carousel wheel. Standing surveying it all in the spitting rain, I felt a bit like Cillian Murphy in 28 Days Later. Even now, over four and a half years on, I see that Danga Bay Theme Park still stands and that it hasn’t changed a bit.

Distinctly unimpressed and getting wetter by the minute, I was about to admit defeat and grab a taxi back to my hotel. But then I stumbled upon Danga Bay Country Garden, a real estate beach village that seemed at least partially open. “5-star living for you” stated a sign beneath floor after floor of scaffolding and green netting.

Nevertheless, I could see that they’d already finished one apartment block and that there were a couple of bored looking security guards mooching around. Meanwhile, in Country Garden’s short main street, I spied a pointless clothes store and a sleepy cafe. There were also a number of coming soon signs heralding the arrival of various restaurants. “Next year this place is ready!” said the barista apologetically as she handed me my latte.

At the end of the street a boardwalk led me onto a manmade stretch of sand called Danga Bay Beach. With its scattering of palm trees and parasols it was all rather pleasant and, for the first time, I wondered if Country Garden might not be such a bad place to live once it was finished. Want to see what Danga Bay Country Garden looks like today? Here’s their website with the big ta-dah! 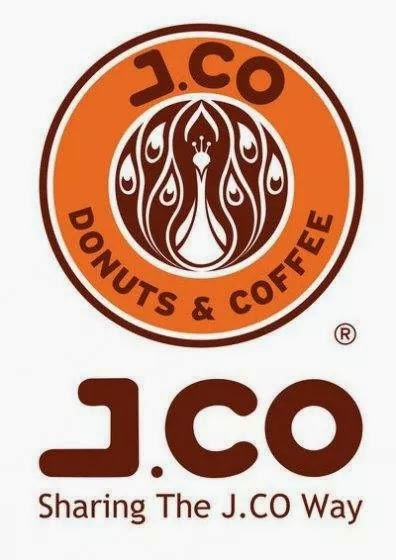 On my second day in Johor Bahru I lost the will to explore altogether. The city had failed to charm and the intensity of the previous five weeks’ adventures seemed to suddenly catch up with me. So it was mid afternoon by the time I emerged from Citrus Hotel and headed to City Square Mall for some comfort food and reading. As soon as I saw the J.CO Donuts sign I just knew I had to treat myself to hot chocolate and donuts. Surely this time Johor Bahru was going to deliver…

My first choice donut that day was the Avocado DiCaprio. I loved the name and, despite its unusual mixture of sweet avocado, whipped cream and chocolate flakes, I’m happy to proclaim this donut a resounding victory!

Returning to the menu, this time I went for the Blue Berrymore, a winning concoction of chocolate and blueberries. Sadly though, J.CO Donuts and Coffee had failed to expand this brilliant idea of naming donuts after Hollywood stars. I remember sitting there thinking what a huge opportunity they’d missed. That night, as Lisa and I had dinner in a market restaurant near my hotel, we began brainstorming fantabulous donut names. Among the many highlights of our final list: Benedict CustardBatch, Jean-Claude Van Jam and Gerard Peanut-Butler. Not to mention Caramel Gibson and Courtney Six-In-A-Box. For more on J.CO Donuts and Coffee (which incidentally is an Indonesian chain), take a look at their website.

On our final night in Johor Bahru Lisa and I wanted to grab some beers in a city that seemed completely devoid of bars. Was it possible that there weren’t any? Surely not. So she asked around at work and came back with some interesting news. Basically JB’s nightlife scene was crammed into one seedy neighbourhood called The Zone. Which sounded like something out of The Walking Dead. Undeterred, we took a taxi to a jam-packed watering hole known as Texas Pub. The clientele was mostly Malaysian men. Every now and then we’d see a guy disappearing upstairs with one of the provocatively dressed women who floated from table to table. “Hmm, so it’s that kind of place”, said Lisa.

Lisa and I were still absorbing the scene when we found ourselves befriended by a local businessman called Ricky Discus. We were the only westerners in Texas Pub that night and Ricky wanted to know all about us. I was a little wary of him at first, but the longer we chatted the more I could see that he was just a genuinely nice guy. “Are you from Johor Bahru?” Lisa asked, shouting through the wall of noise and thick cigarette smoke. “Unfortunately yes!” he replied, with a grin.

We chatted with Ricky Discus for over an hour that night. When he eventually made his excuses to leave, he did so with the parting gift of a bucket of Heineken! Wherever you are now Ricky, I thank thee again.

I woke up at the crack of dawn the next morning to go and meet Lisa. Packing up my trusty backpack, I pulled the curtains apart just in time to see my first Johor Bahru sunrise. My stay in this humdrum Malaysian city had certainly been interesting, no doubt about it. But let’s be honest, it didn’t make my top 5, 10 or even 20 places from that great South East Asia trip of 2015. Nevertheless, all was forgiven as I watched the sun melt through the clouds and signal the dawn of a new day.

Like this? Then why not check out my other reports from around Malaysia.