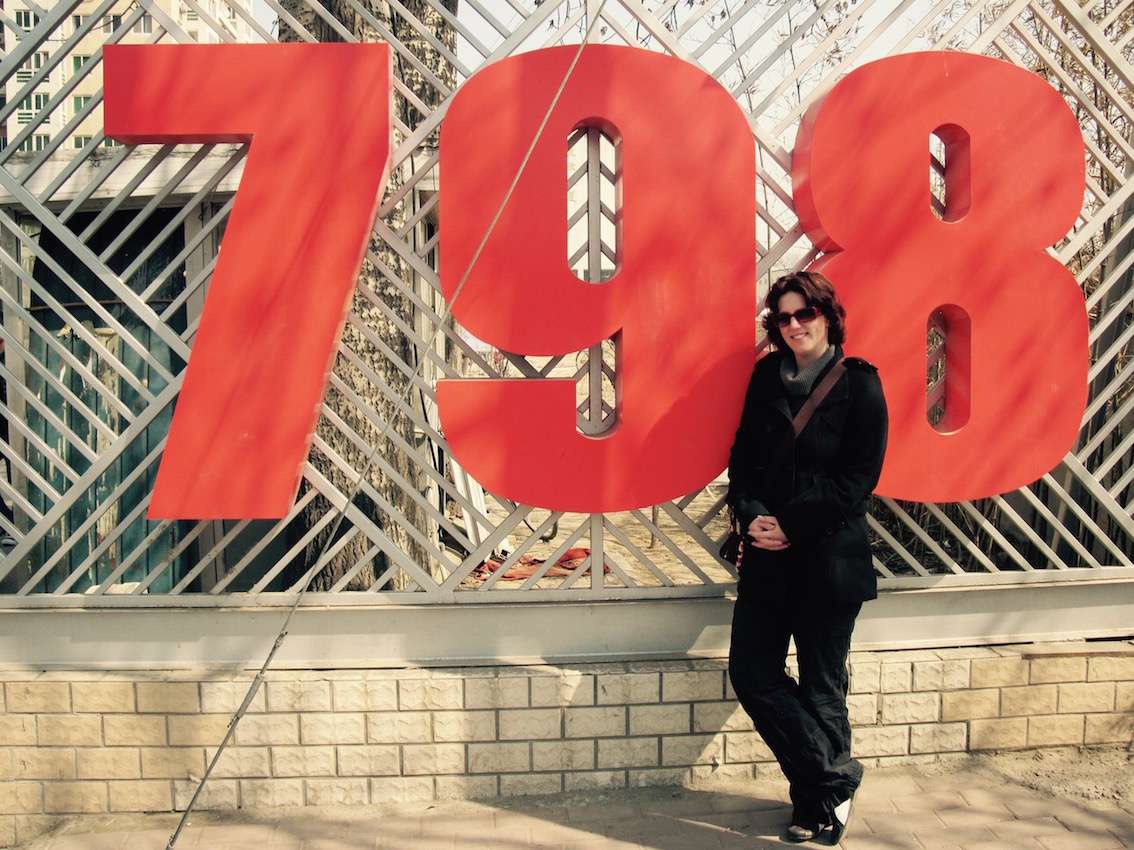 July 2014. Only in a city as contradictory and confusing as Beijing could a place like 798 Art District exist! The complex started out as a huge network of factories built by the East Germans in the 1950s. However, by the mid 90s the entire area had fallen into a state of disrepair. It was around this time that The Beijing Central Academy of Fine Arts set up shop here to take advantage of the cheap rent and vast working space. Soon after, independent artists began trickling in and the community grew and grew… 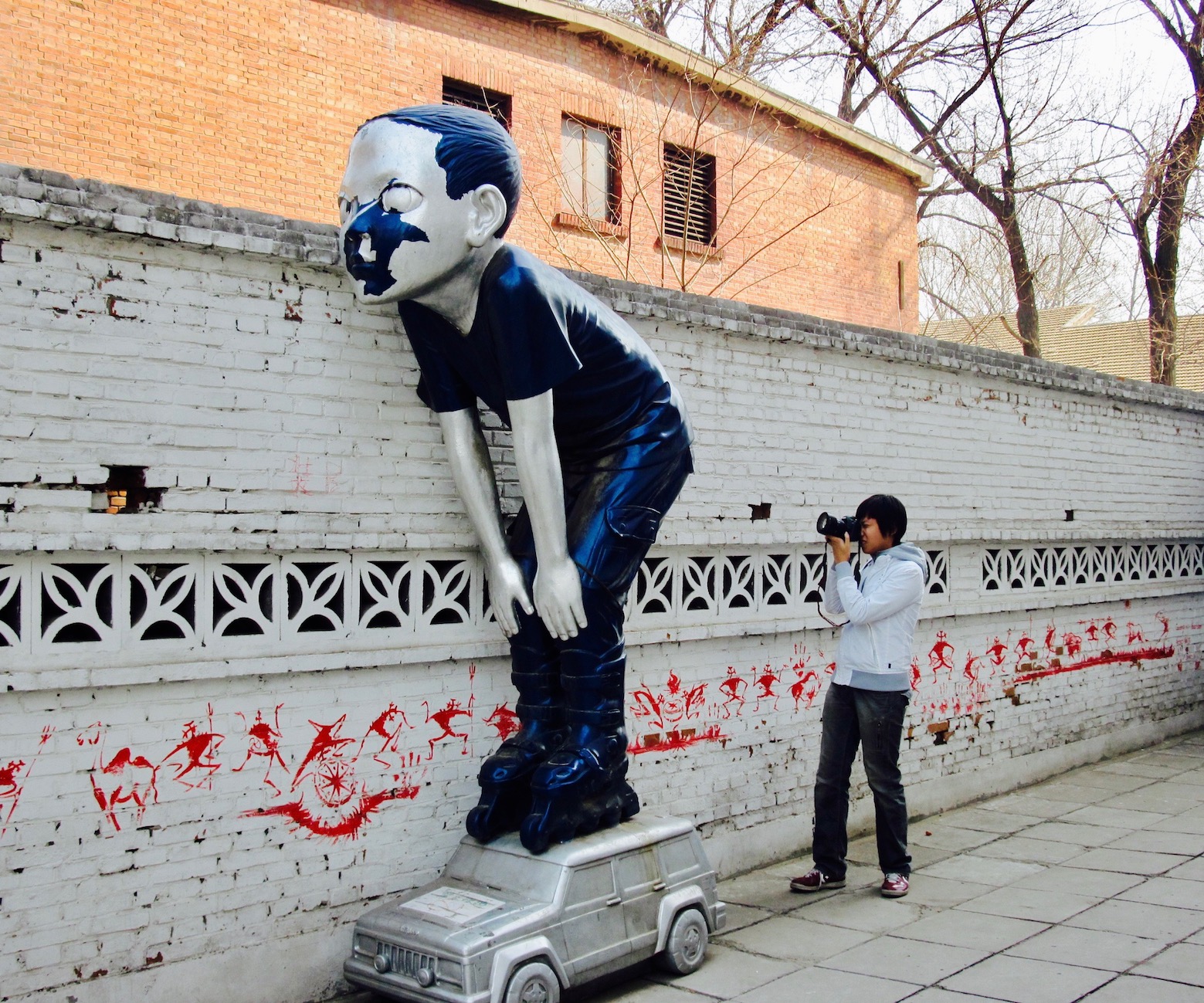 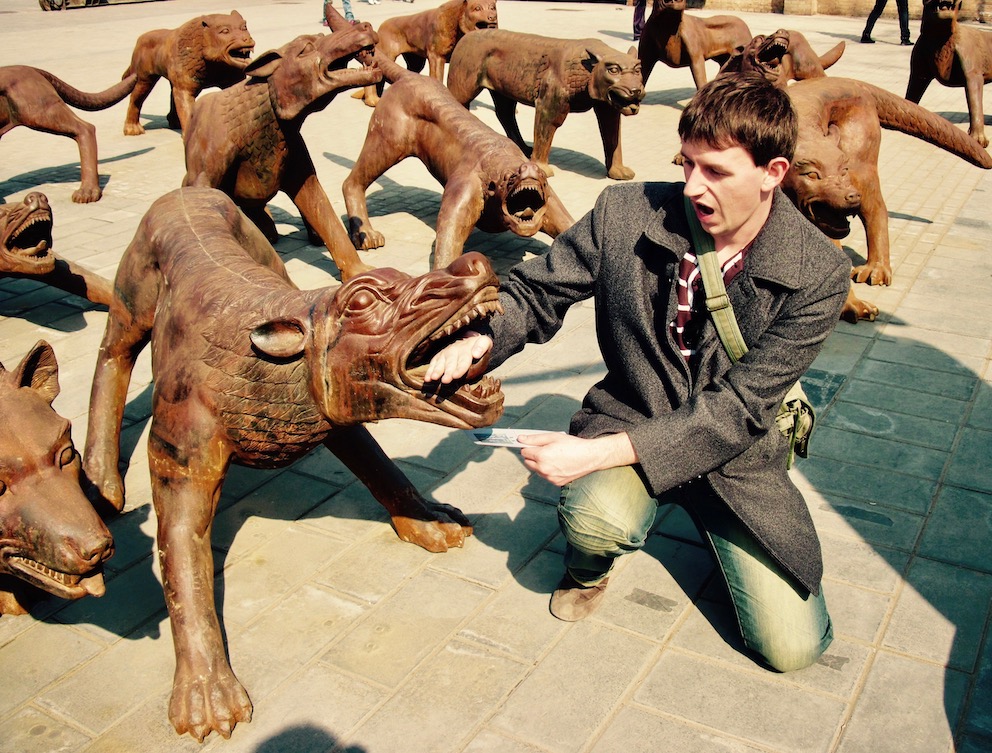 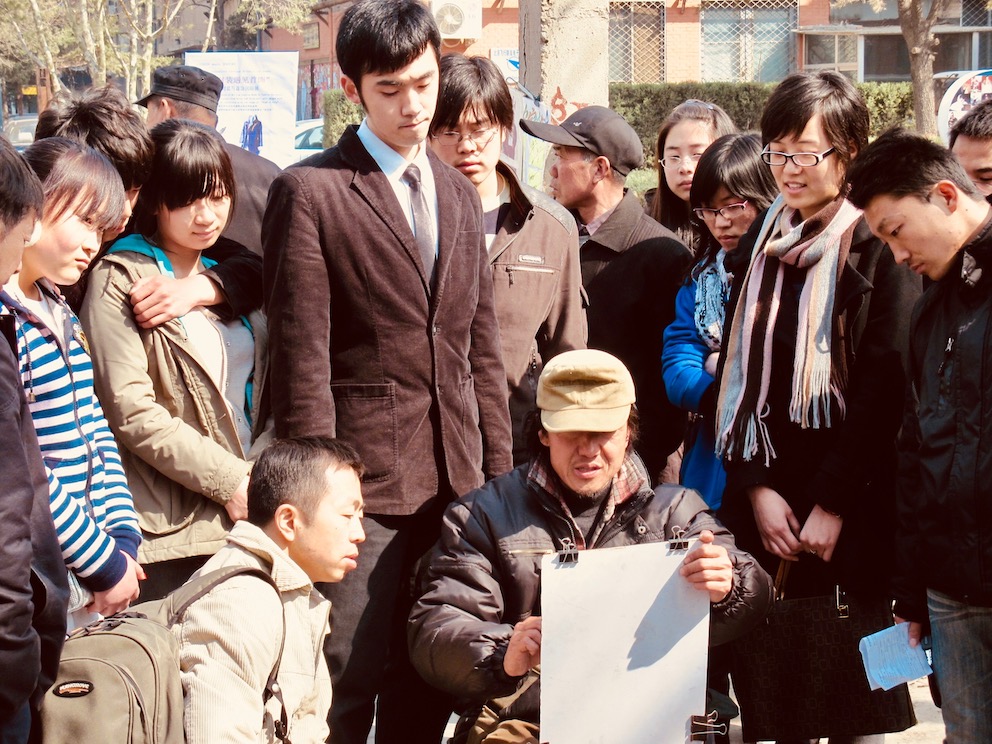 In recent years the complex has experienced a frenzy of gentrification, with fancy restaurants offering top-notch international cuisine. 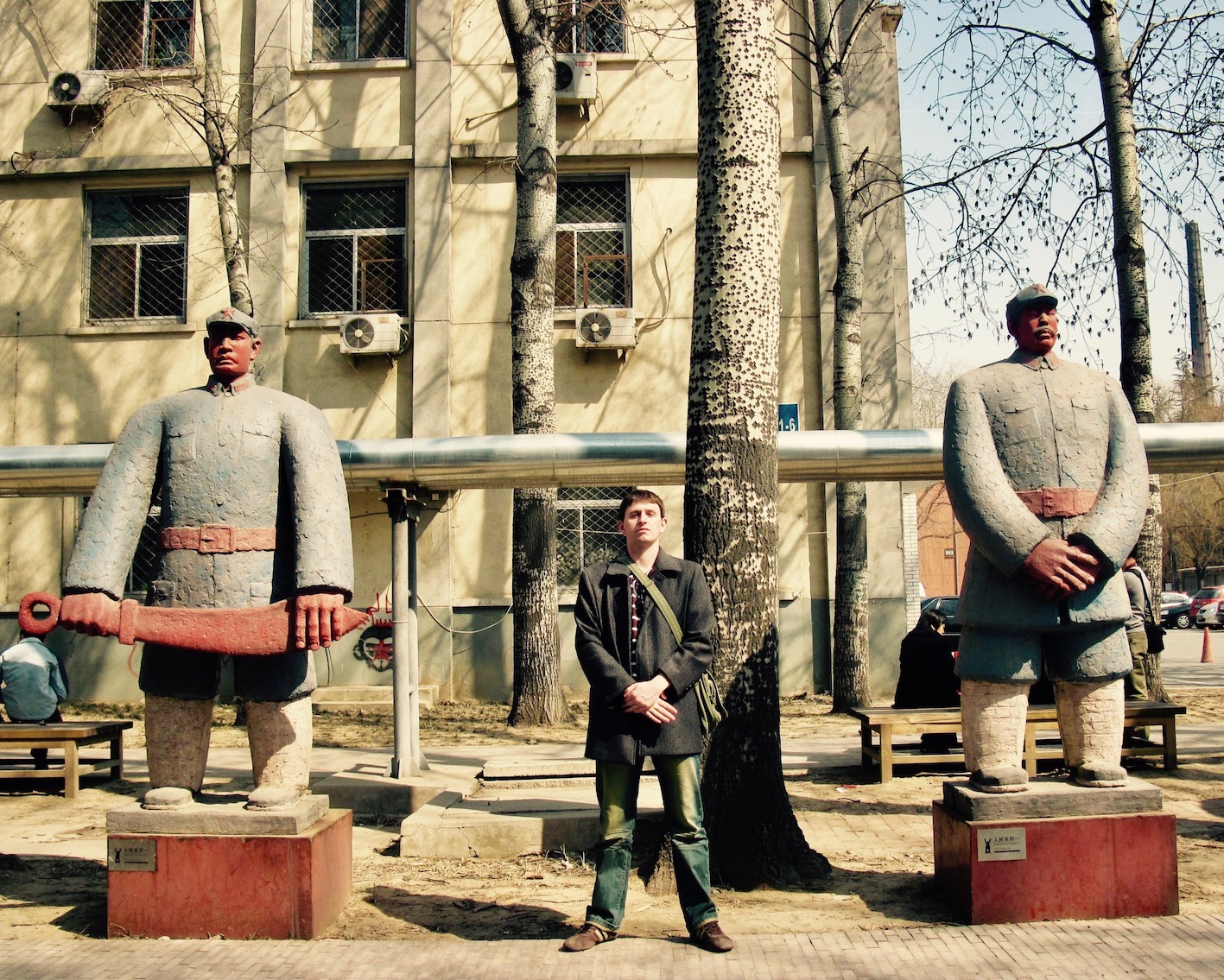 Despite having one foot firmly in the contemporary art scene, the complex remains unashamedly proud of its communist roots! Therefore, do keep your eyes open for scattered images of Chairman Mao and red Maoist slogans. You’ll see them in workshop interiors and on the sides of buildings. You’ll also find statues of burly, square-jawed labourers and soldiers like these. 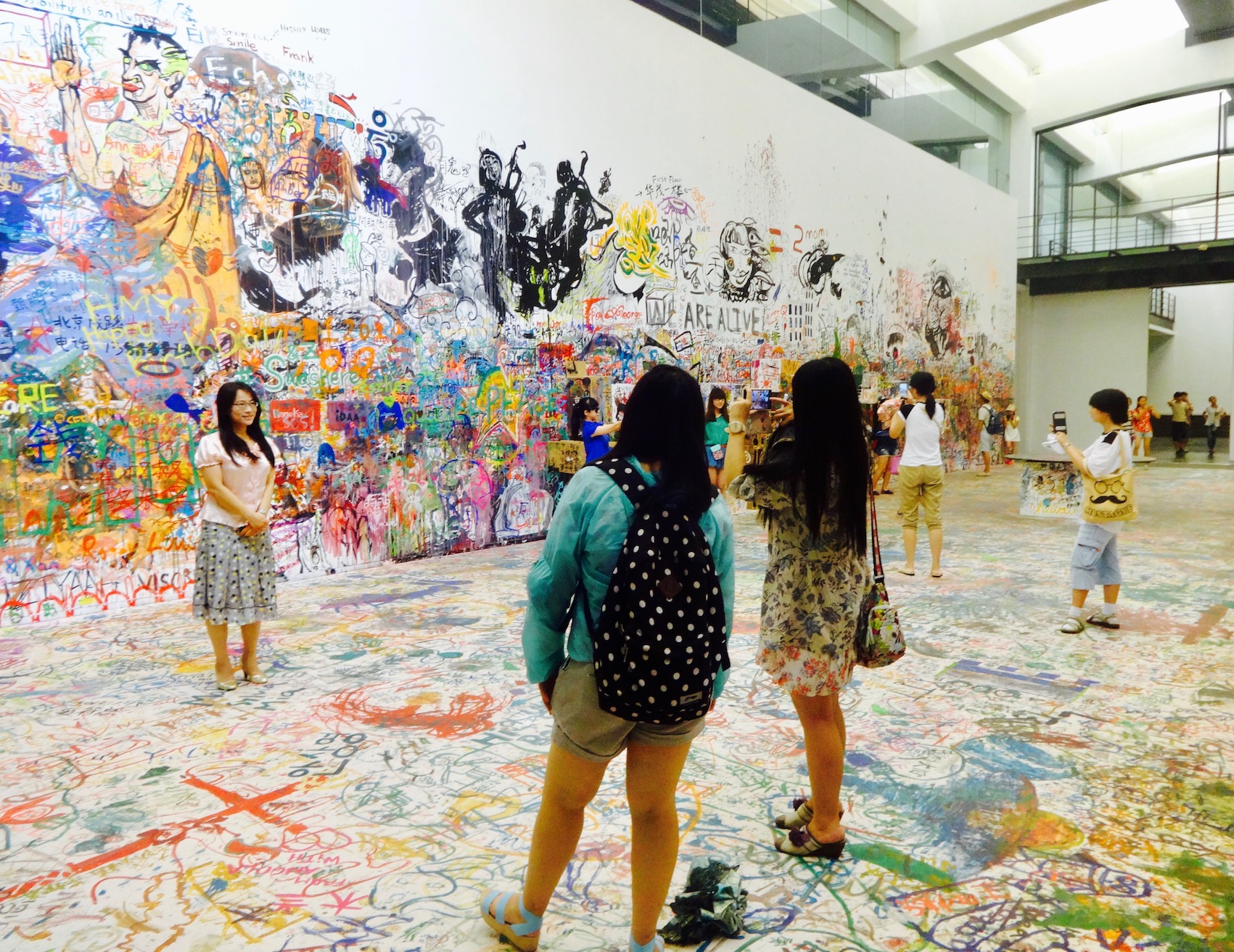 This interactive graffiti chamber is well worth a wander! A lot of people seemed to rush through with little more than a cursory glance. But the longer you stay the more fantastic little details you’ll catch! There’s even an interactive corner where you can contribute and add your own little piece of 798 history. 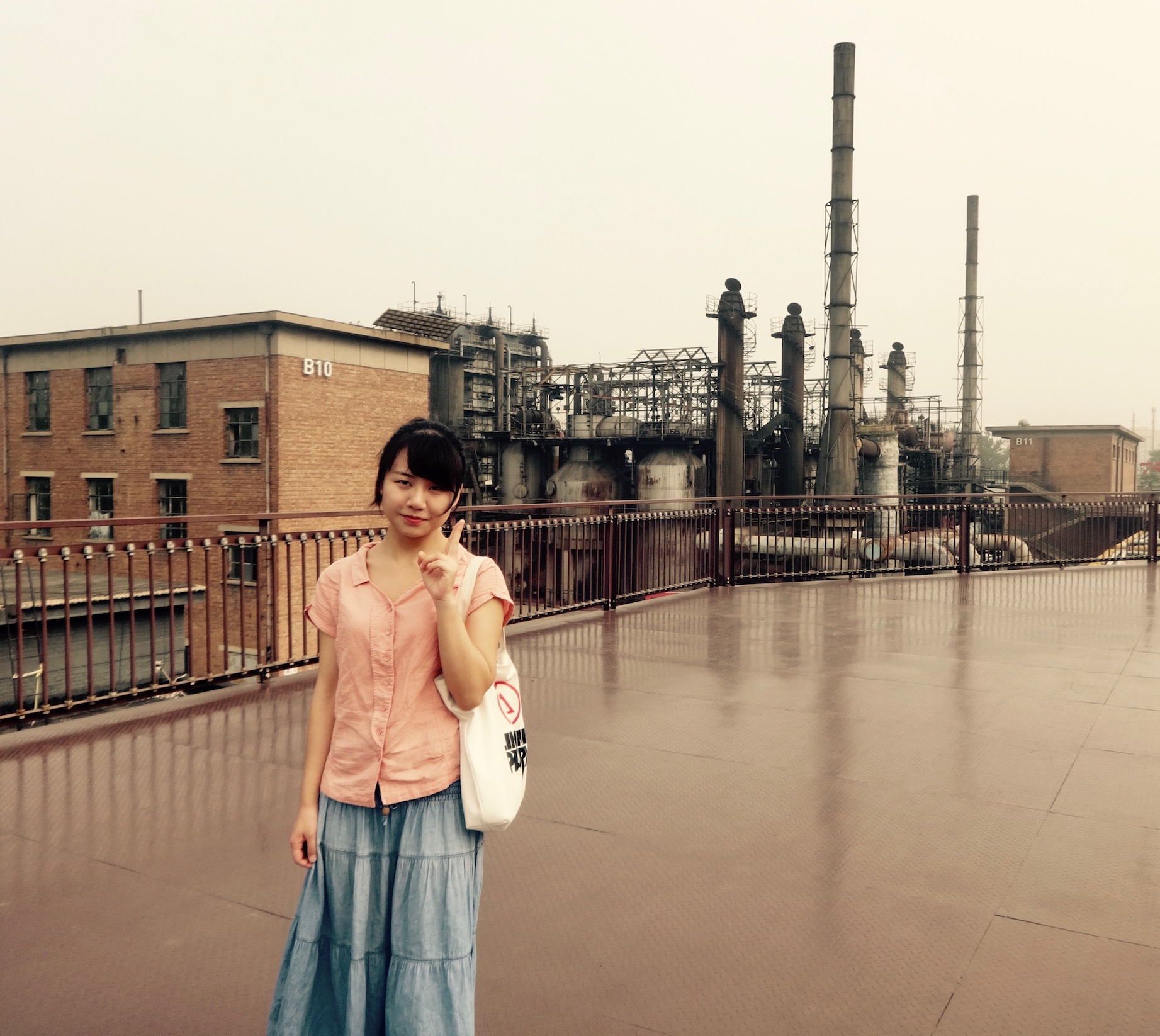 Don’t miss out on the somewhat gruesome sight of the former 718 Joint Factory! This place was famous in its heyday for being the best military equipment factory in the country. Furthermore, at the height of its powers, it employed over twenty thousand people. 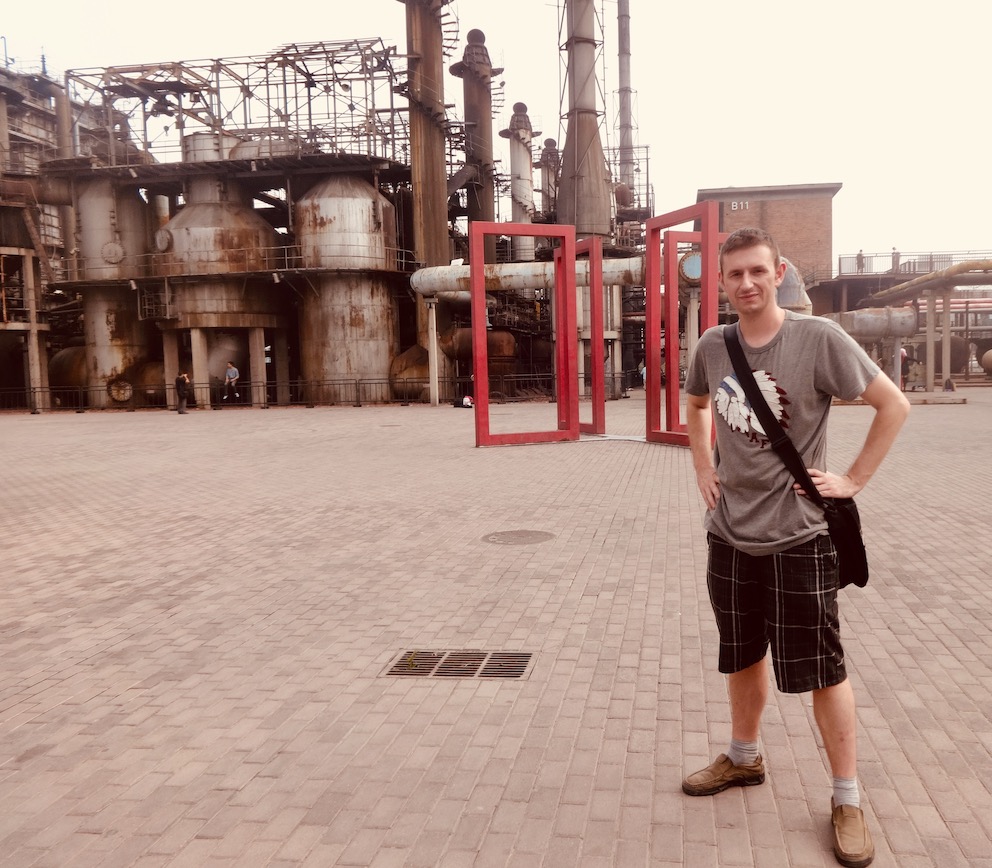 The factory also offered great social benefits at a time of intense widespread poverty. Today you can walk in and around its skeletal remains and marvel at its simultaneous ugliness and beauty.

For more on this very cool Beijing attraction and for news on the latest resident artists, take a look at 798 Art District’s official website.