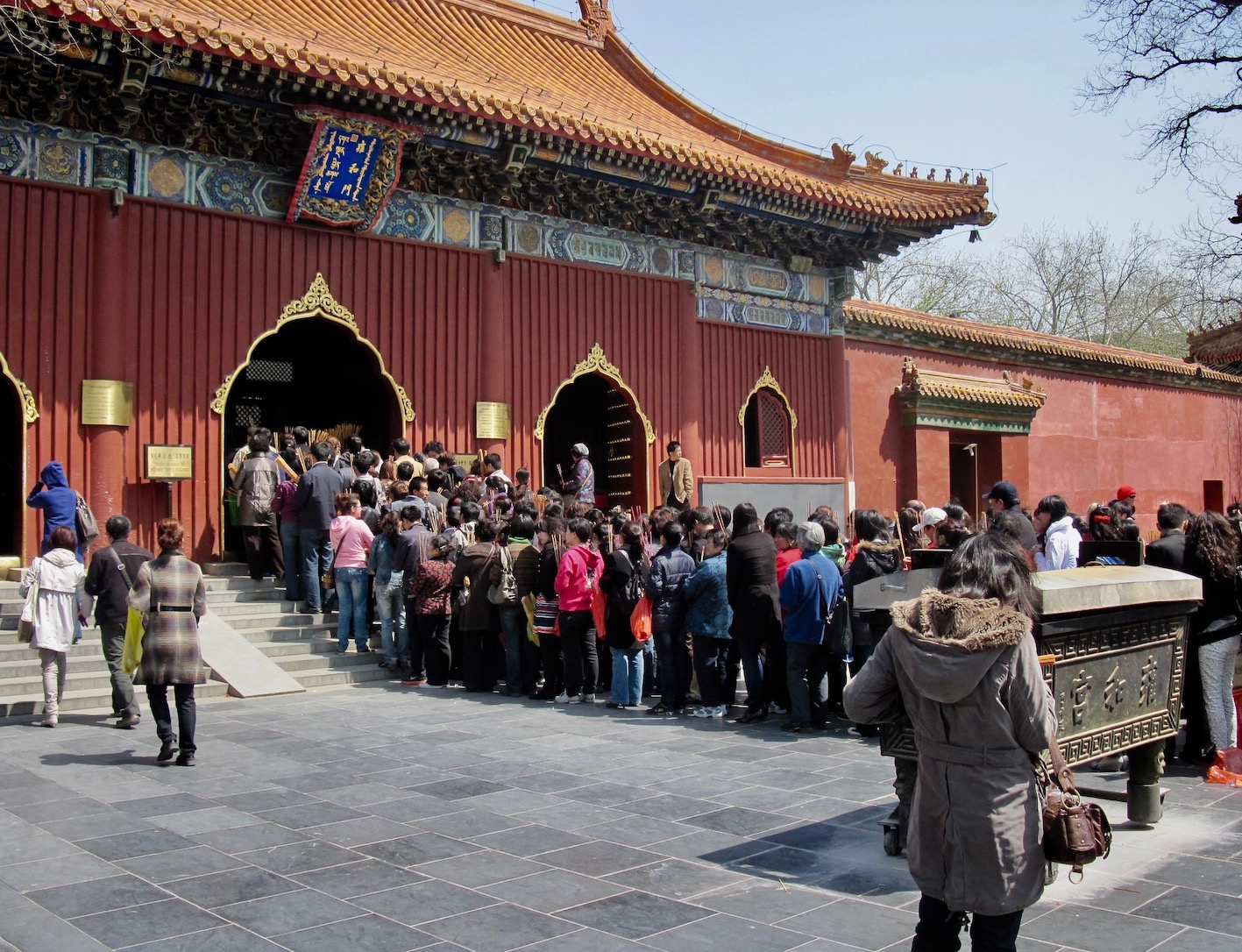 April 2010. If you only have time for one Beijing temple, make it the grand Lama Temple. This is the largest Tibetan style temple in the world outside of Tibet itself. My visit here came way back in 2010 during my first year living in China. Make no mistake, this is an incredibly popular attraction. Hence there’s an almost constant queue of worshippers leading from the main courtyard up to the altar. As a result, prepare to soak up the crowds and appreciate it for what it is. 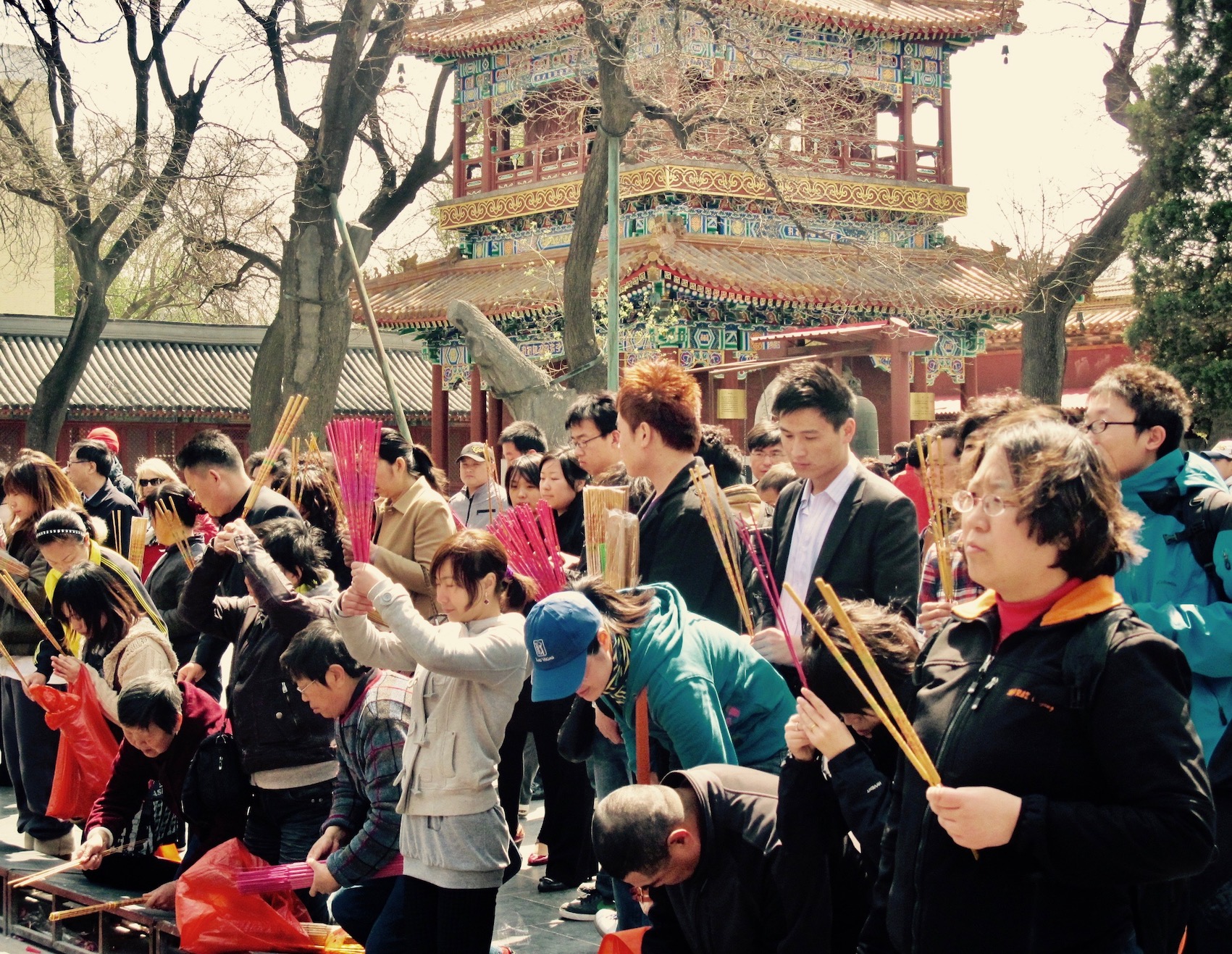 Also known as Yonghe Temple and Peace Palace Lamasery, Llama Temple dates back to 1694. The legendary Qing Dynasty Emperor Yongzheng lived here, although this was in his early days when he was merely a bright eyed, bushy tailed prince. Today Chinese and Tibetan tourists, along with local Beijingers, come to burn incense and pay their respects outside The Hall of Heavenly Kings. 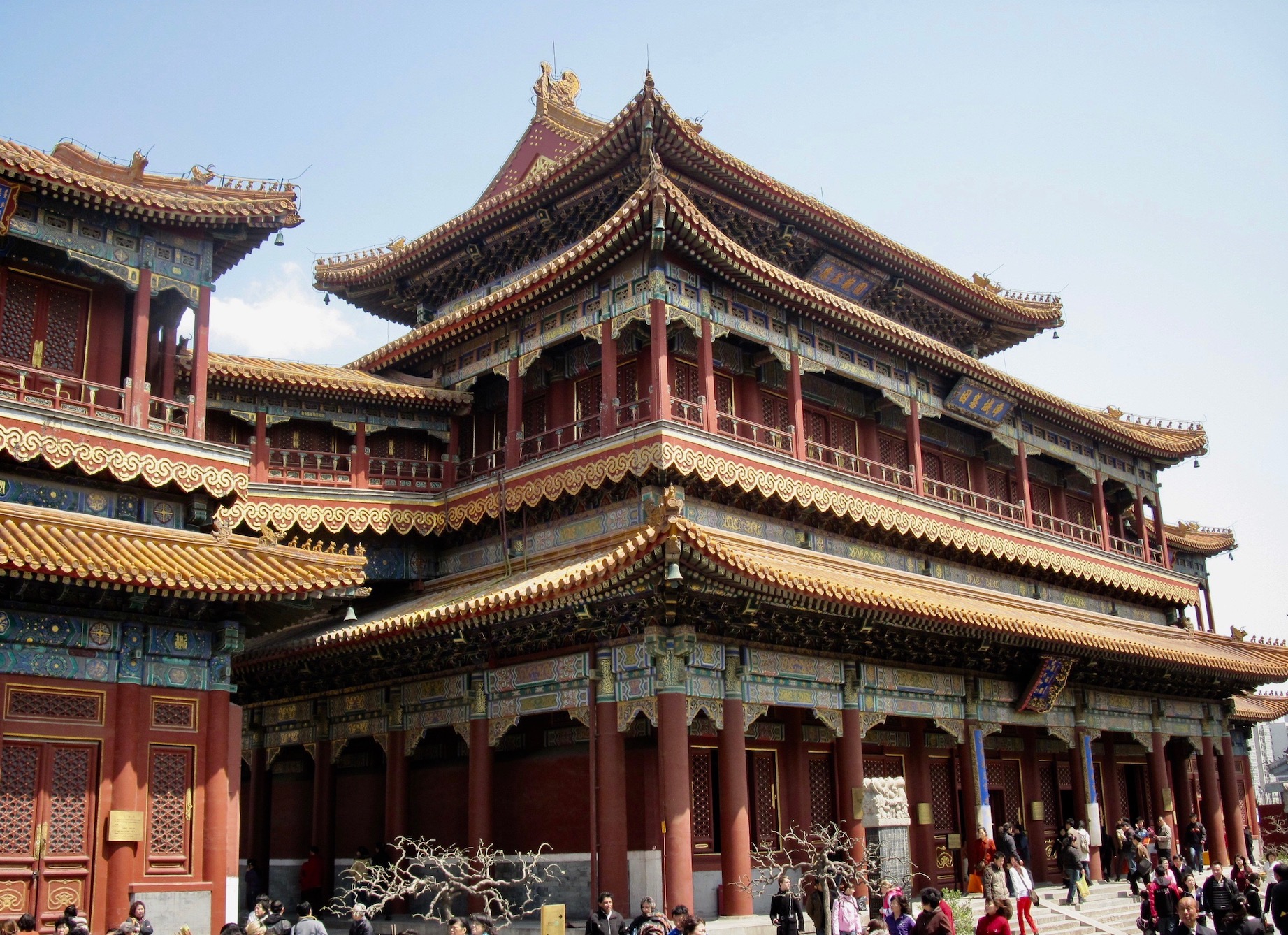 There are a bunch of impressive pavilions to check out throughout Lama Temple. Most of these showcase the compound’s signature orange and red arches, balconies and frescoes. For me the most impressive is the amusingly named Pavilion of Ten Thousand Happinesses. 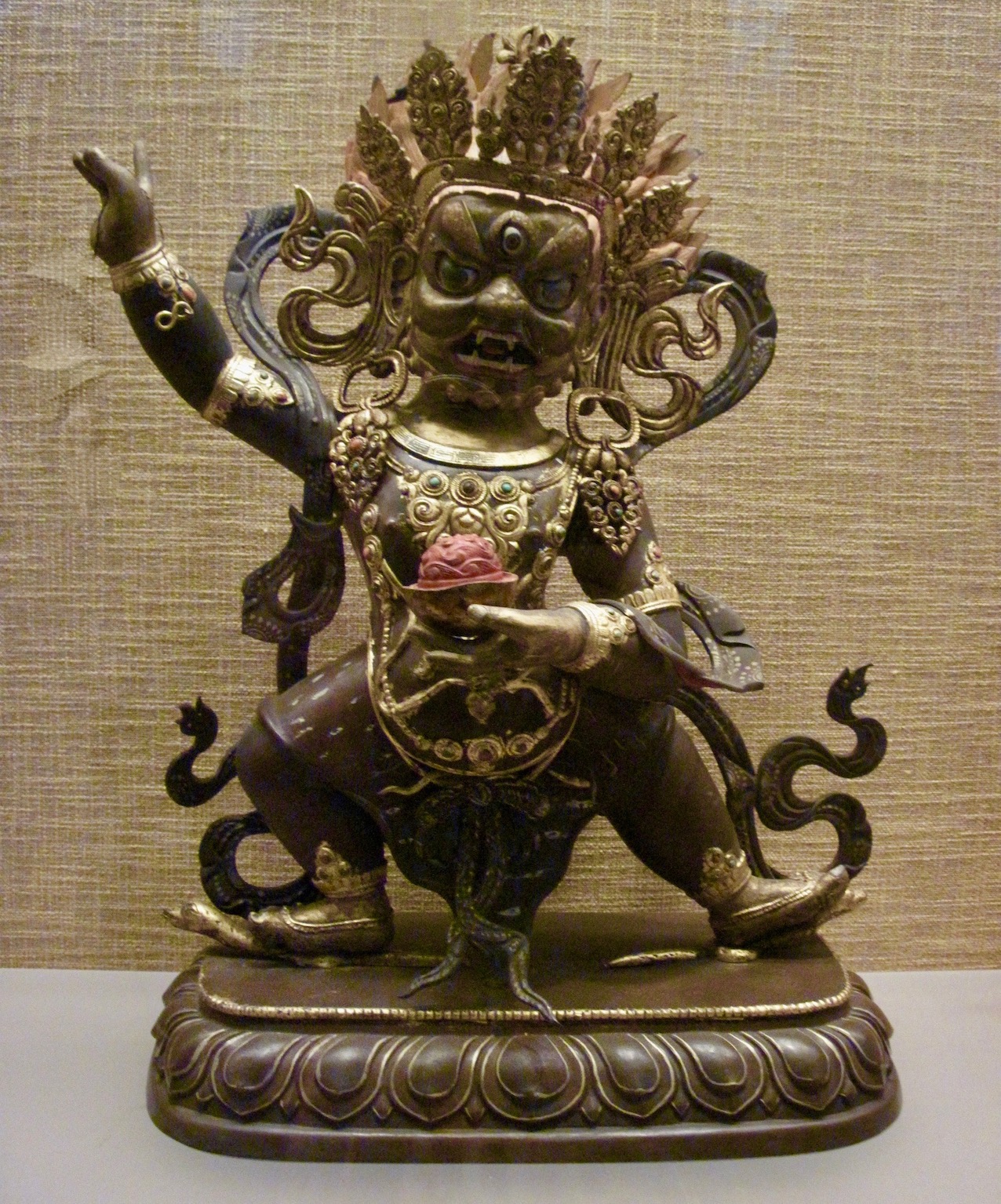 Head inside to see the startling, twenty-six-meter Buddha Maitreya and a very cool collection of ancient bronze Buddhas. This angry dude is one of them. 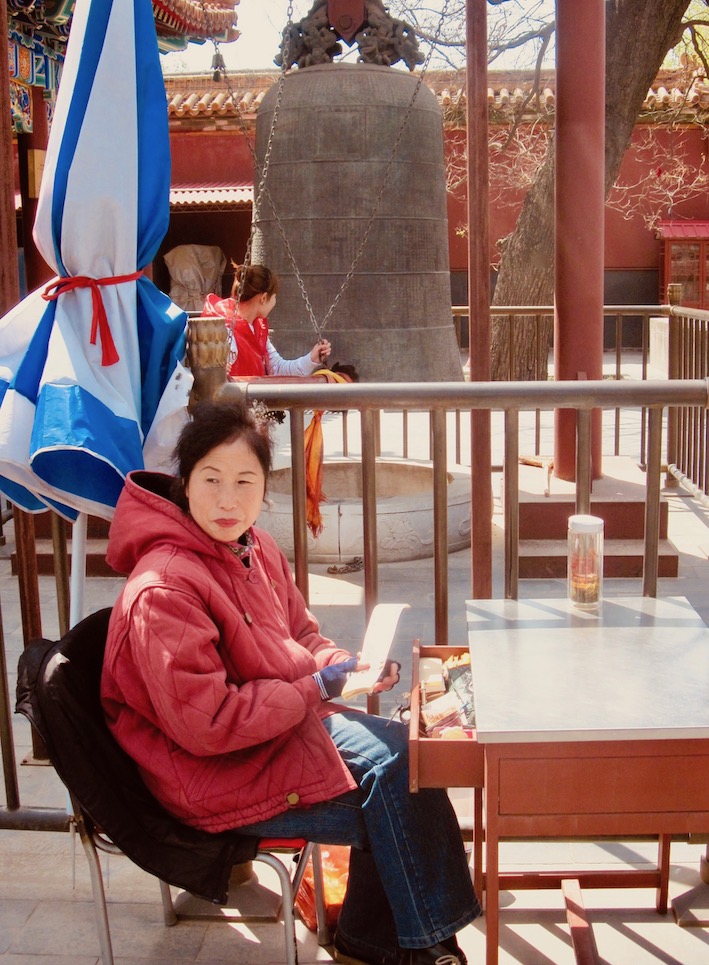 Any solid Chinese temple worth its salt has a big old ancient bell for you to ring. It’s supposed to bring good fortune and fine health y’know. The temple’s resident monks line up one by one to ring the bell every January 1st and 15th of the Chinese Lunar Calendar. Consequently, these days draw in even bigger crowds than usual. 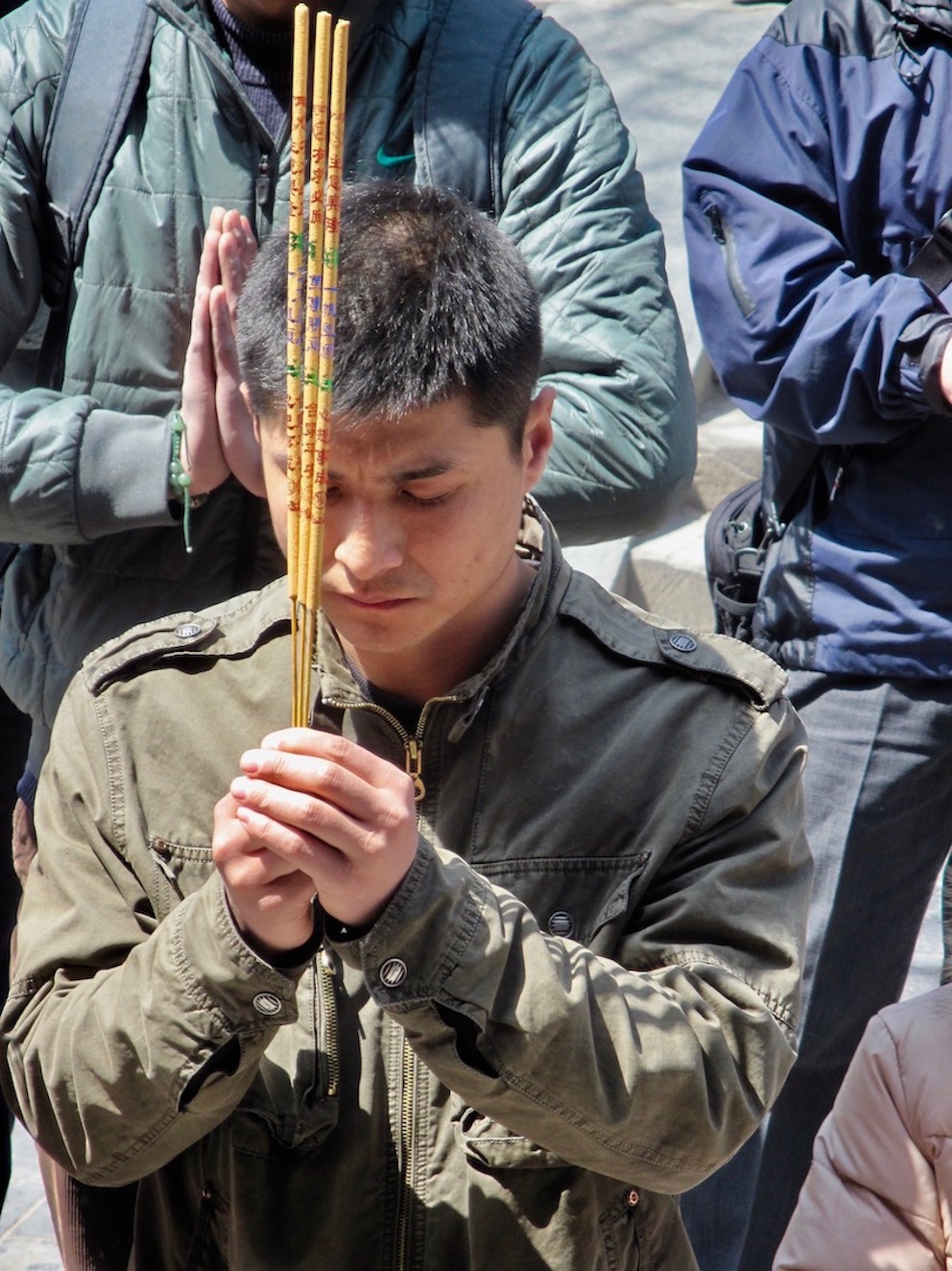 Like this? Why not take a look at more of my reports from around Beijing.