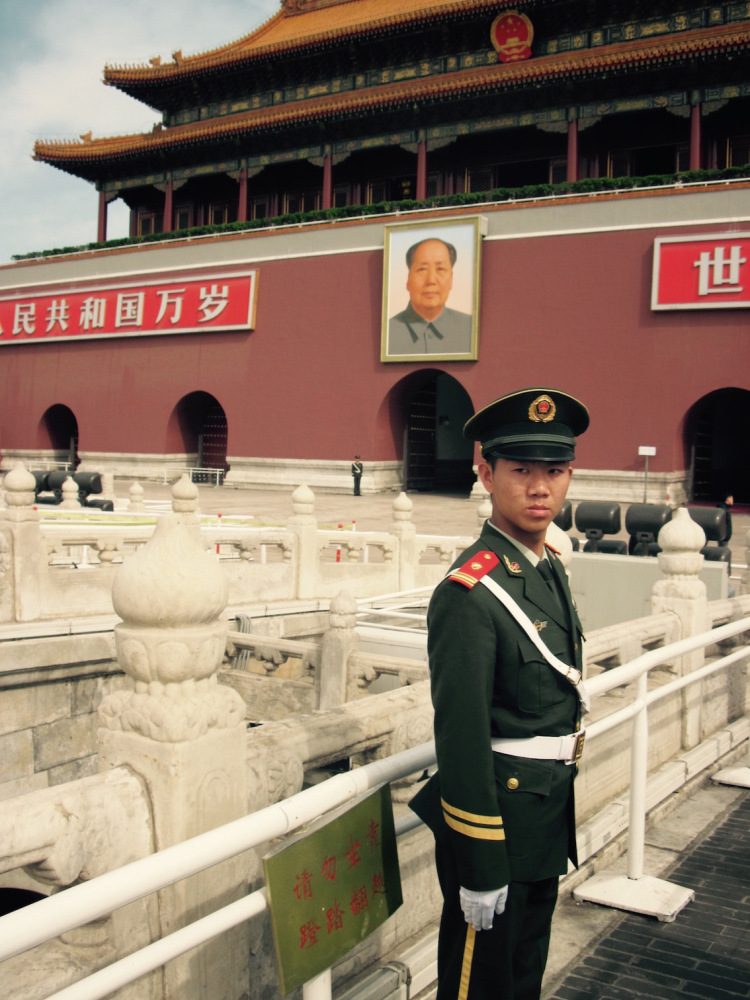 April 2010. Home to a succession of Chinese emperors, The Forbidden City served as the political heart of China for over five hundred years. Virtually unrivalled in scale and grandeur, some historians claim this is Planet Earth’s largest palace complex! It’s certainly China’s biggest compound of ancient buildings, with over nine hundred temples, pavilions, halls, offices and living quarters.

Built in the early 1400s, The Forbidden City had a rich, 600 year history that came to an end when the last big cheese, Emperor Puyi, got overthrown by The Republic in 1912. Today visitors can enter under the imposing Gate of Heavenly Peace. Don’t miss the stern, disapproving stare of Chairman Mao tracking your every step. 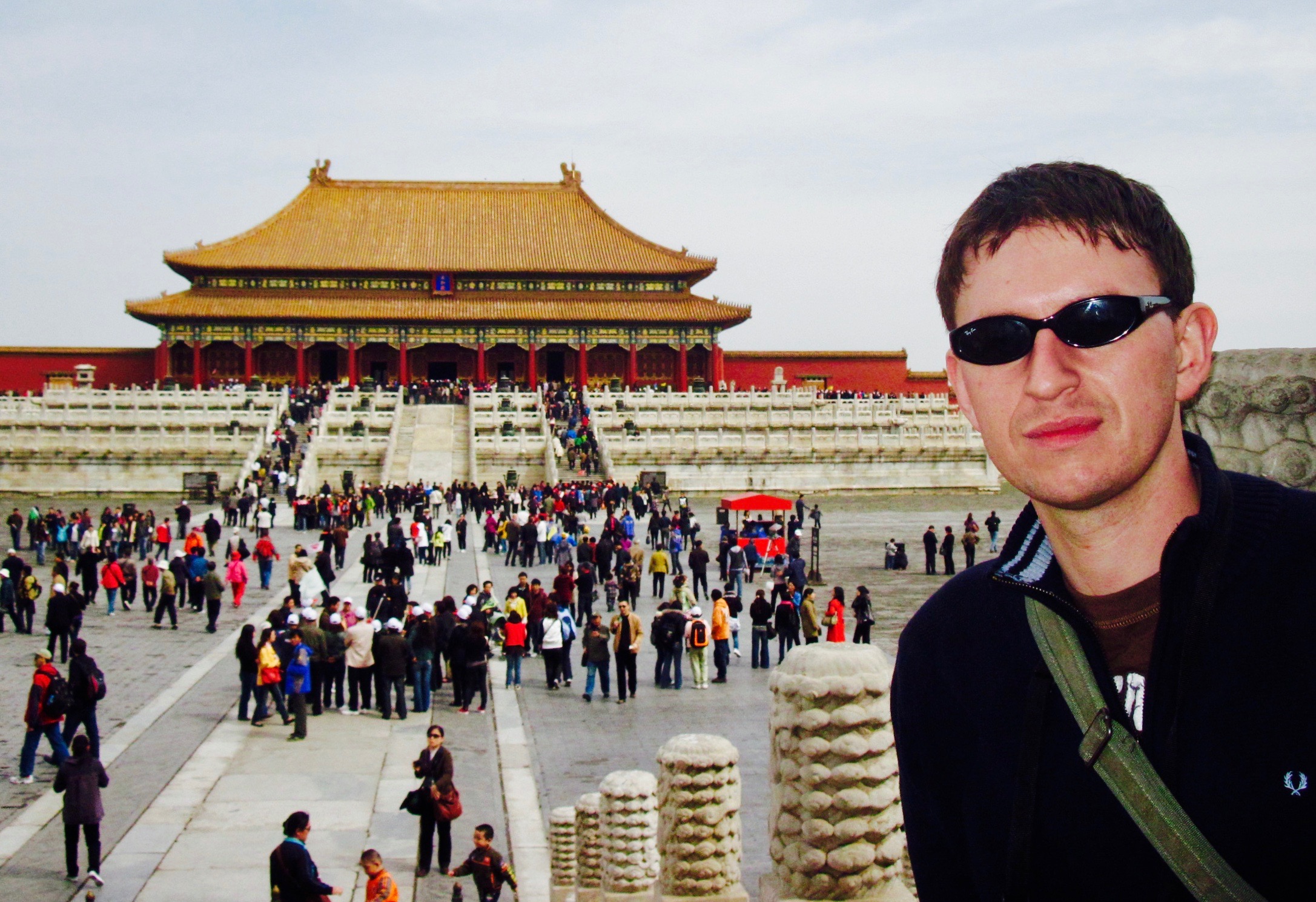 The Forbidden City is home to an amazing succession of squares, courtyards and gates. However, nothing in the complex quite matches the amazing Hall of Supreme Harmony, the palace’s largest and most celebrated structure. 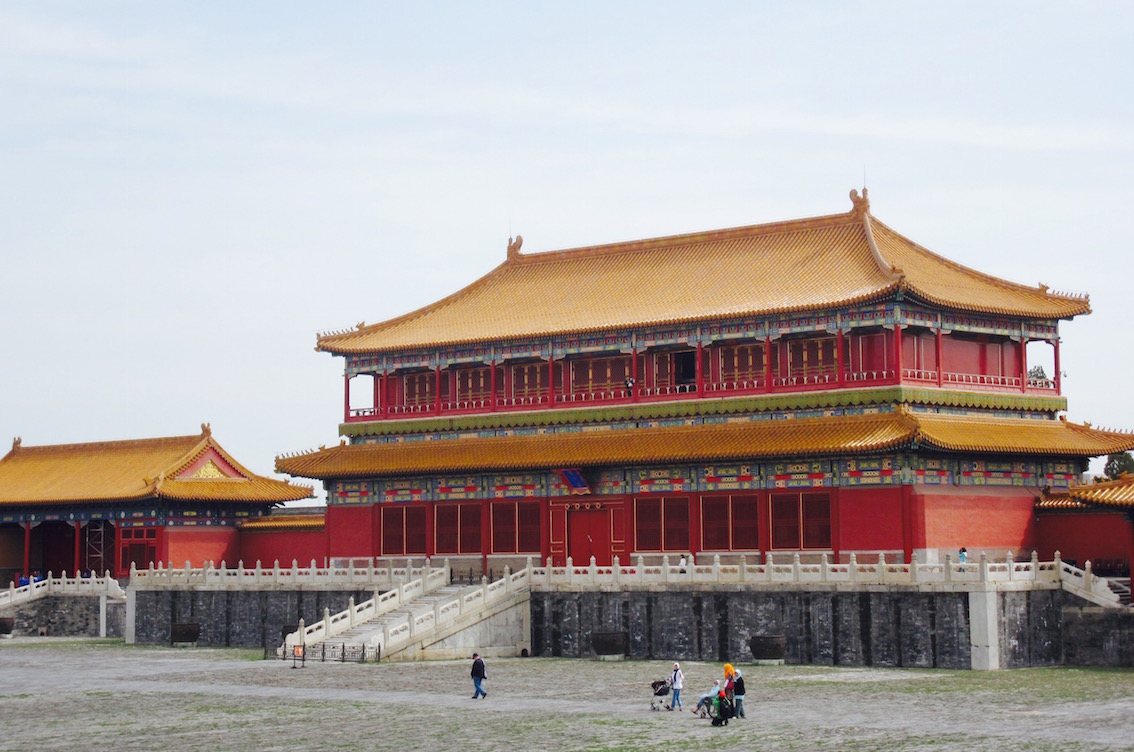 Back in ancient times, the hall and its grand courtyard was the venue for many a coronation, wedding and royal birthday party. Built in 1406, it was once the highest structure in the nation. Furthermore, each Emperor would ensure that no other building in the country was allowed to be higher! 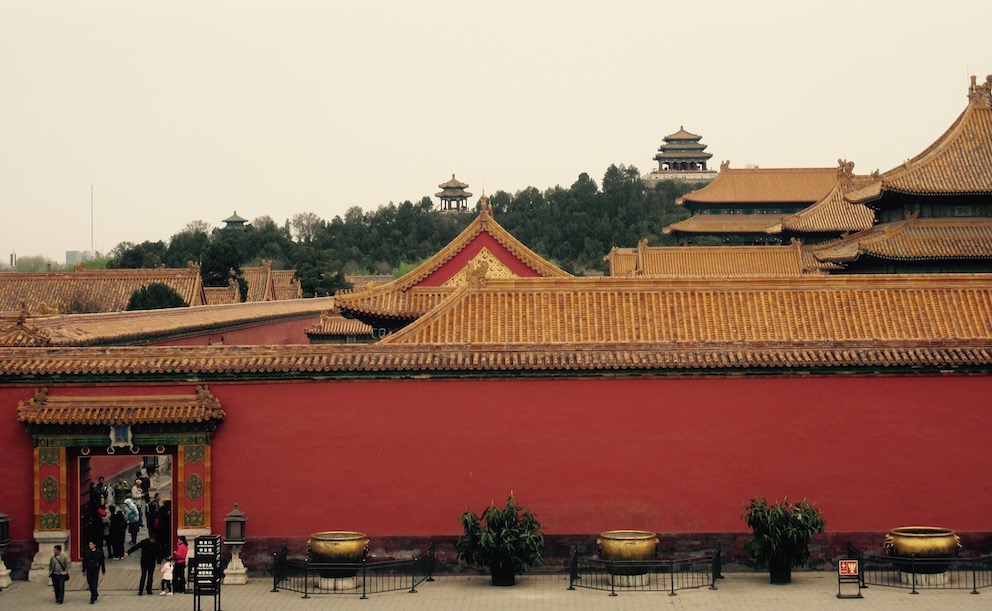 My favourite part of the day was simply gazing out over the balconies, with stunning views of the Forbidden City skyline and its huddled mass of wooden roofs. 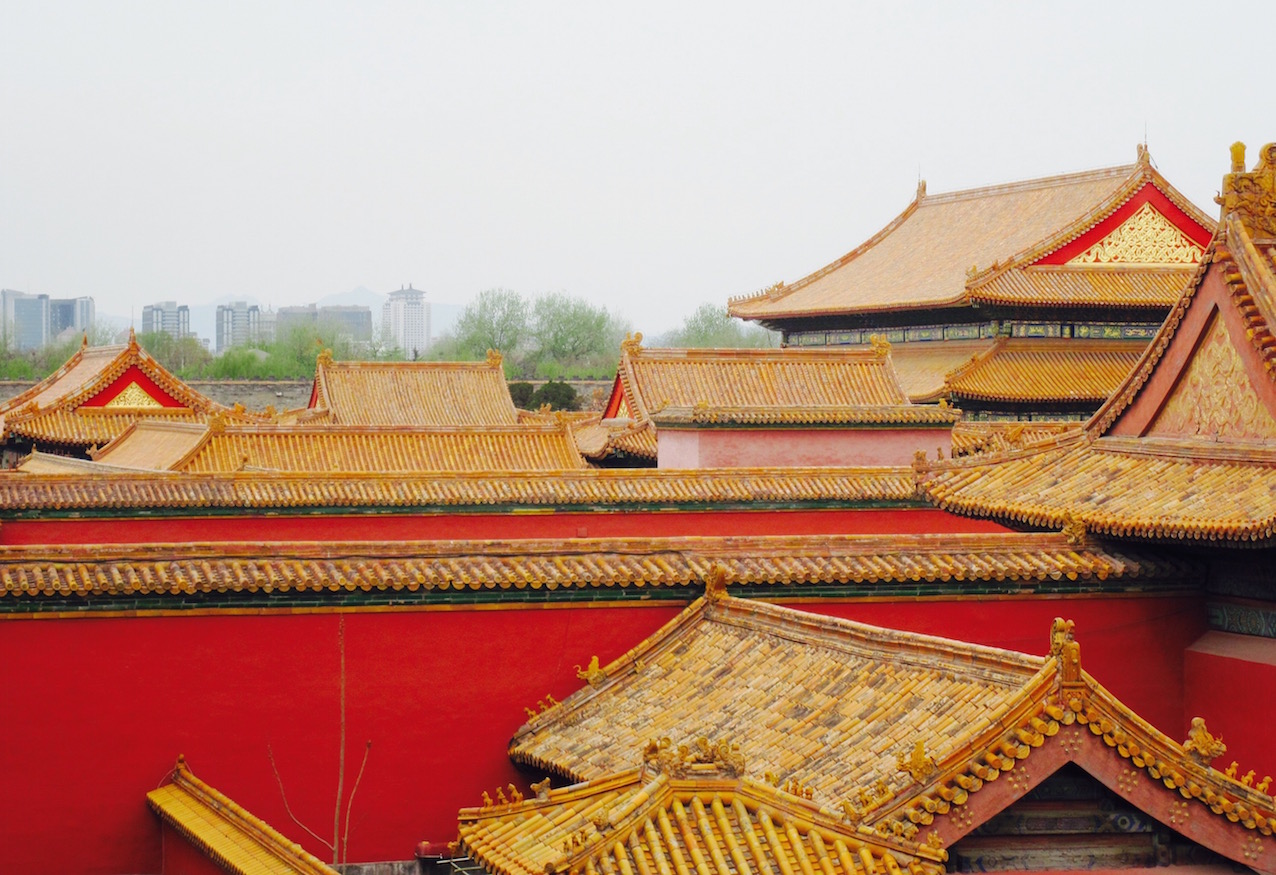 The place had an almost contradictory feel to it, the bright, orange-yellow of the roof tiles providing an eerie contrast to the thick, grey smog of the afternoon sky. Furthermore, this struck me as a typical Beijing sensation, a Beauty and the Beast feel that is evident throughout much of China. 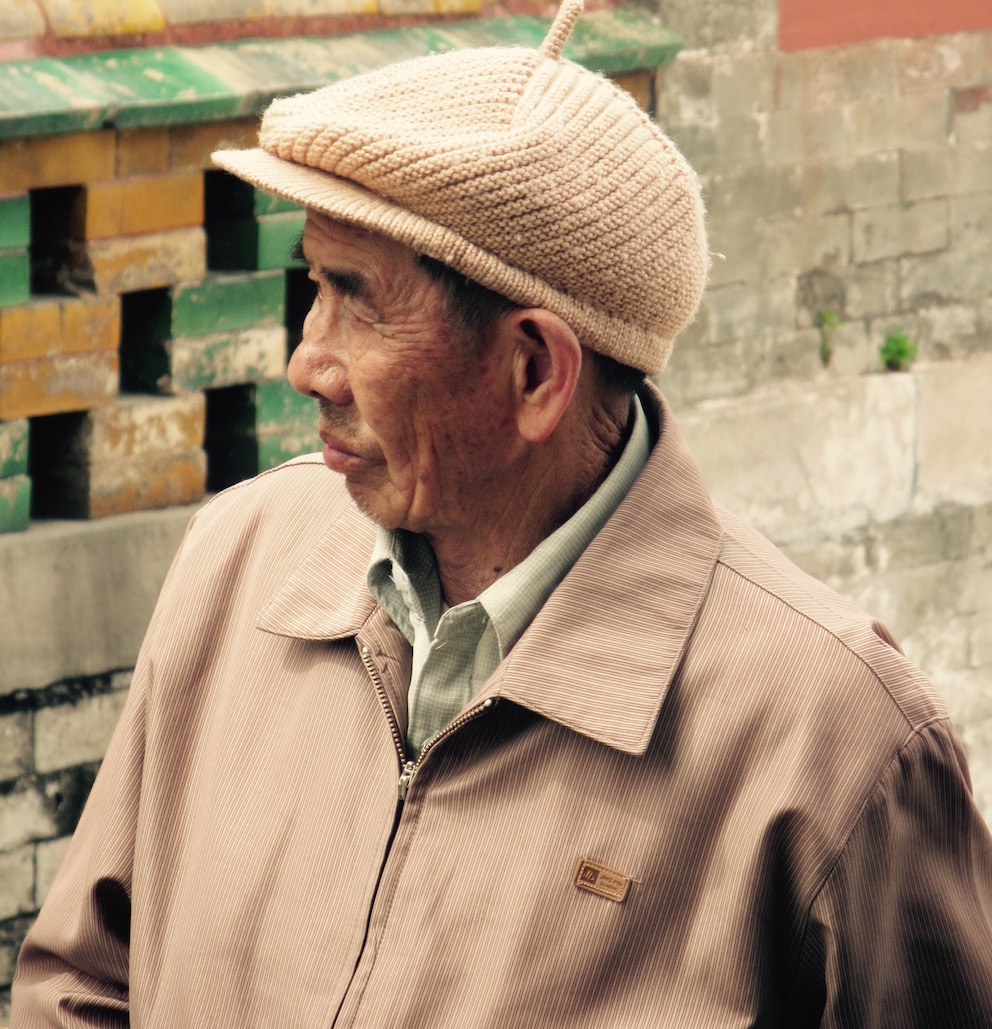 The Forbidden City is the perfect place for people watching, especially Chinese tourists who’ve travelled the length and breadth of the country specifically to see it. 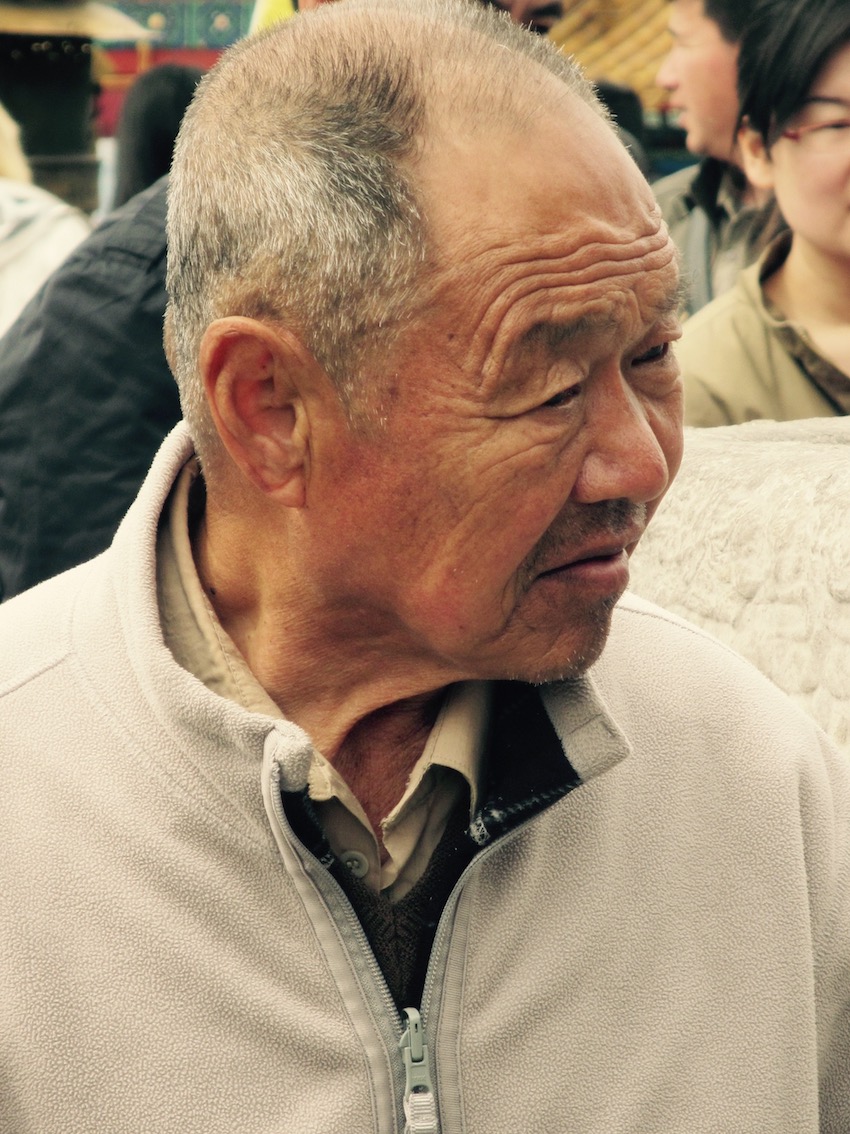 I particularly enjoyed grabbing shots of the old folk who came here. It was curious to see how some of the men chose to admire the grand halls quietly from a distance.

In contrast, most Chinese visitors stream forward to the main pavilions in a mad race to get the best positions for photos. It’s a chaotic scene to anyone not familiar with Chinese culture, with pushing, elbowing, shouting and bickering among almost everyone. 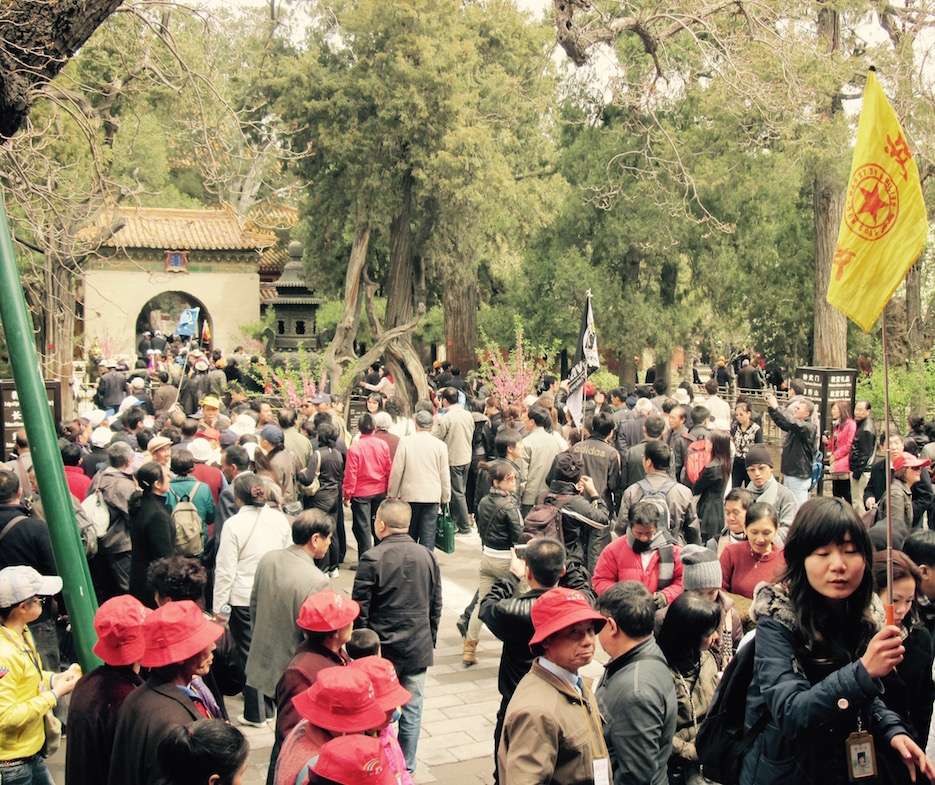 I can’t say I enjoyed The Imperial Garden much. It was clearly a beautiful place, a classical Chinese plot with deformed Cypress trees, trickling streams and rockeries. It would have been great to explore in peace, but sadly it was impossible due to the obnoxious crowds.

As a result, all I could do was dodge, duck and dive my way through as quickly as I could in order to escape them all. The tour groups were the worst, a noisy mass of marching zombies following a giant yellow flag. 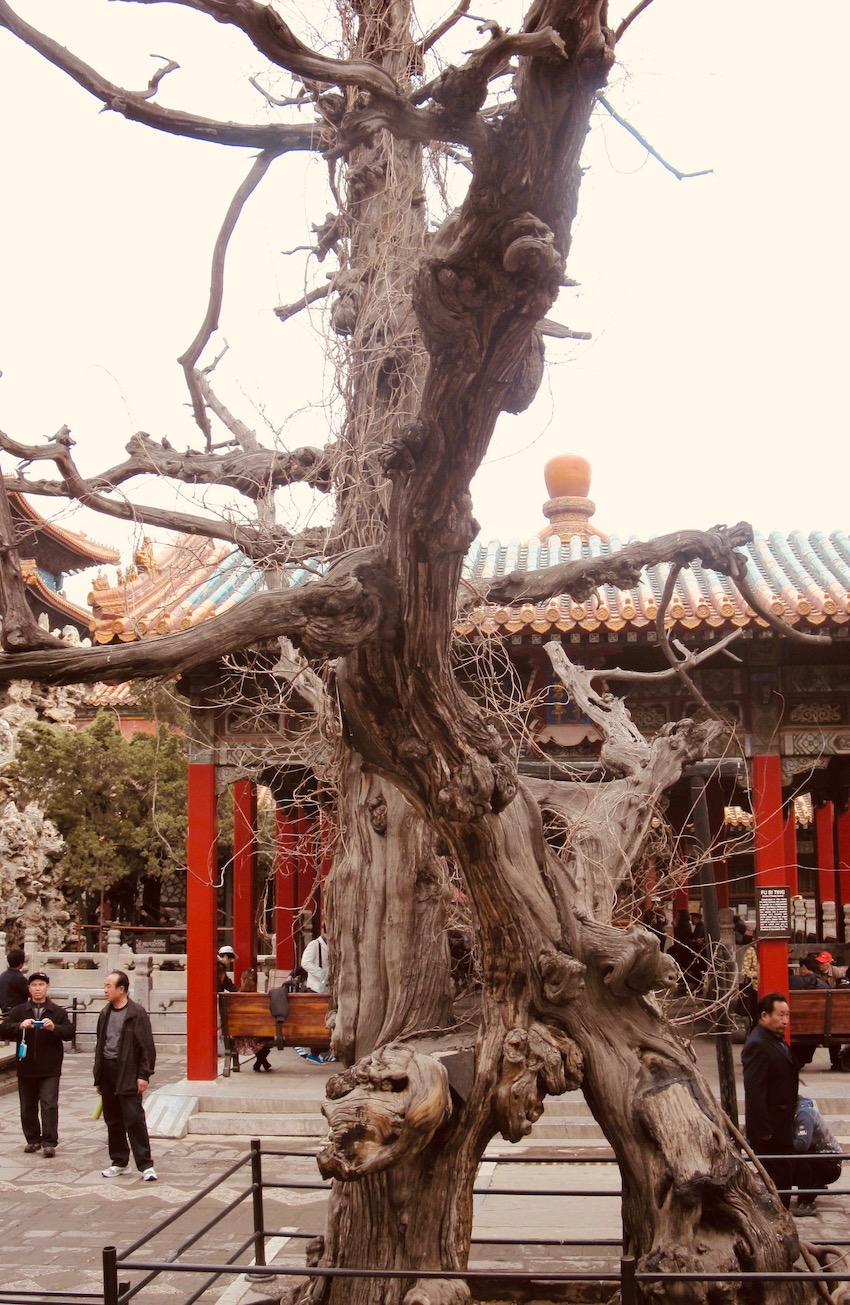 For a deeper insight into my time teaching in Shangdi, take a look at my short story collection Challenged in China.