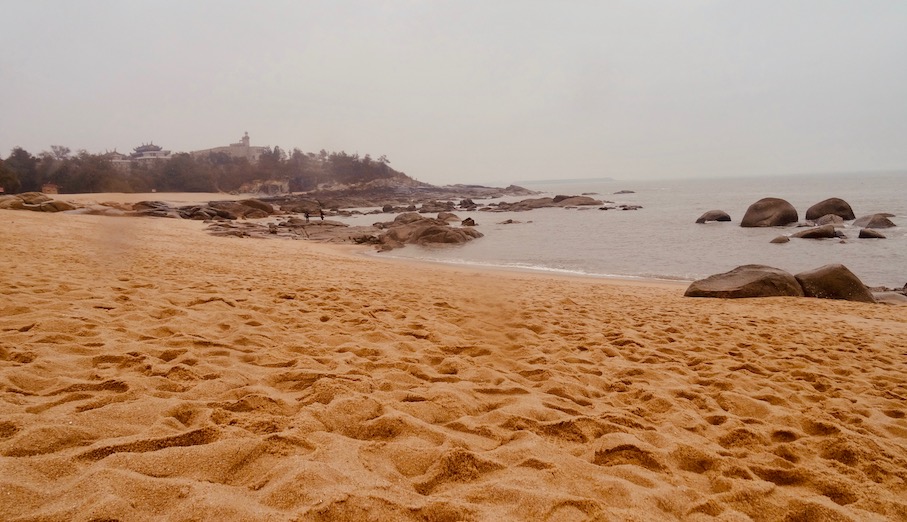 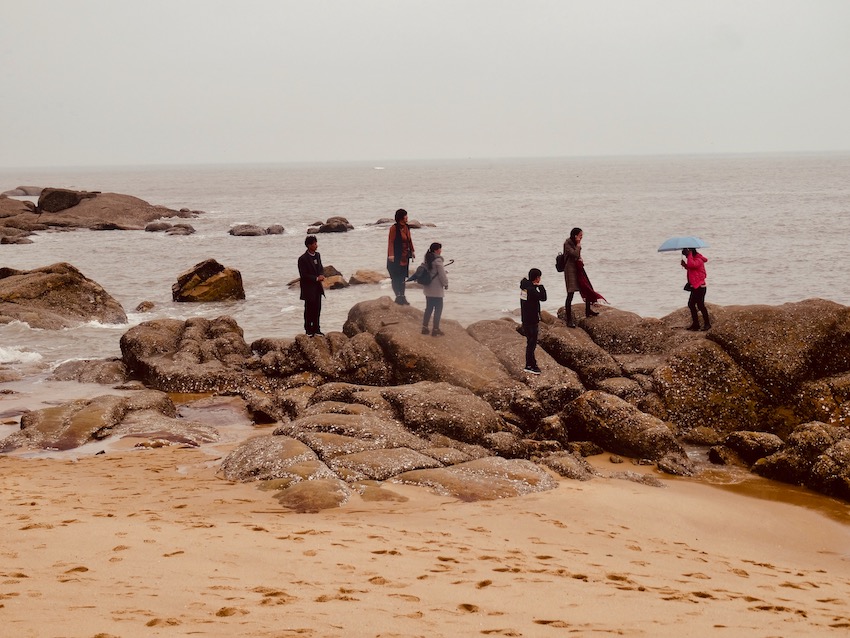 The weather was getting increasingly grim, so there weren’t many people around that afternoon. In fact, it was just Wonderboy, myself and a small group of Chinese tourists out on the rocks taking photographs of each other against the backdrop of The Taiwan Strait. 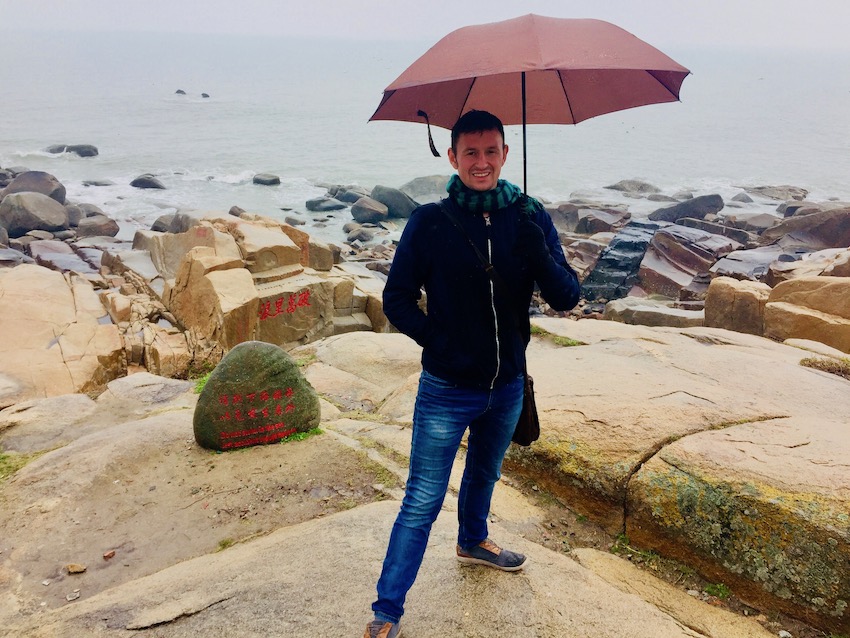 Somewhat ill-advisedly, I decided to scramble up the rocks myself. As Wonderboy did his best to keep the camera steady against the beating wind, I noticed a couple of beach sculptures along with a handful of engraved rocks. 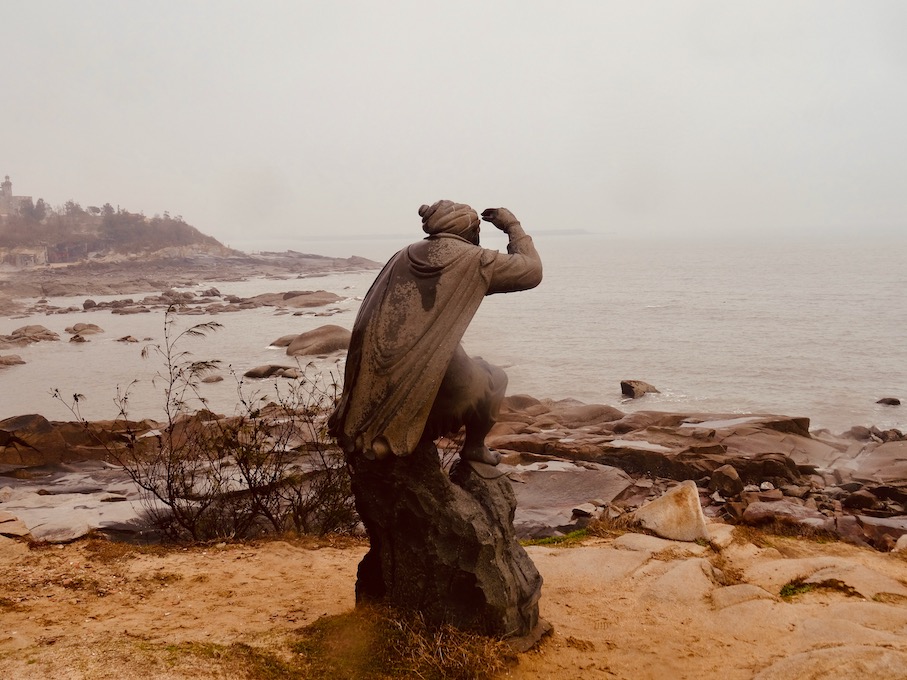 In China’s weather forecast Chongwu is the dividing line; the north having a temperate monsoon climate, the south a tropical monsoon climate. To the left lies The South China Sea, to the right the East China Sea. 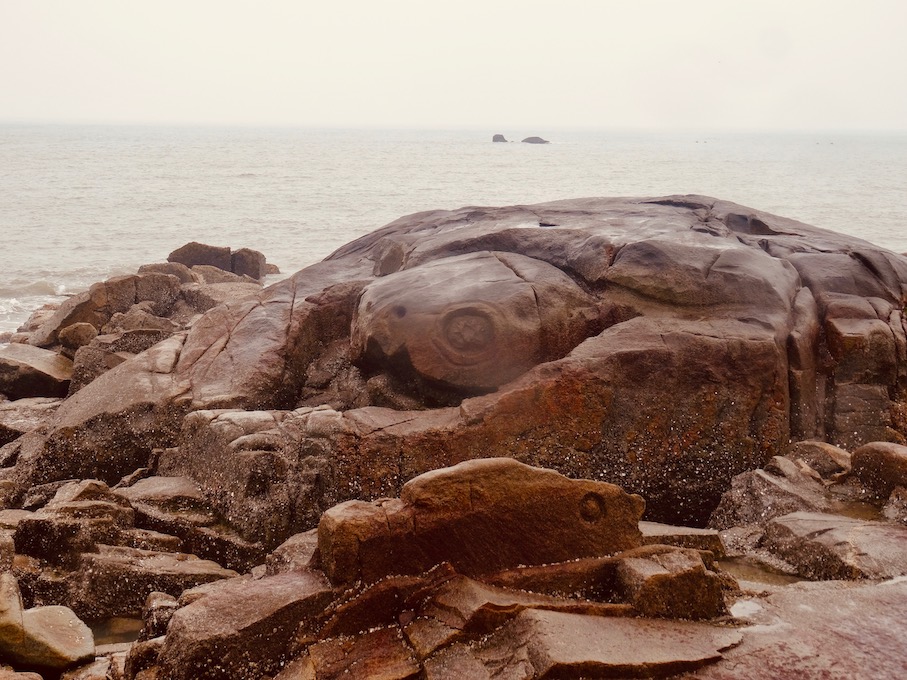 This giant turtle sculpture is the most dramatic on Chongwu Stone Arts Expo Park Beach. To get close, you’ll need to carefully pick your way down a tricky section of rocks. One wrong step and you might consequently find yourself on your ass! 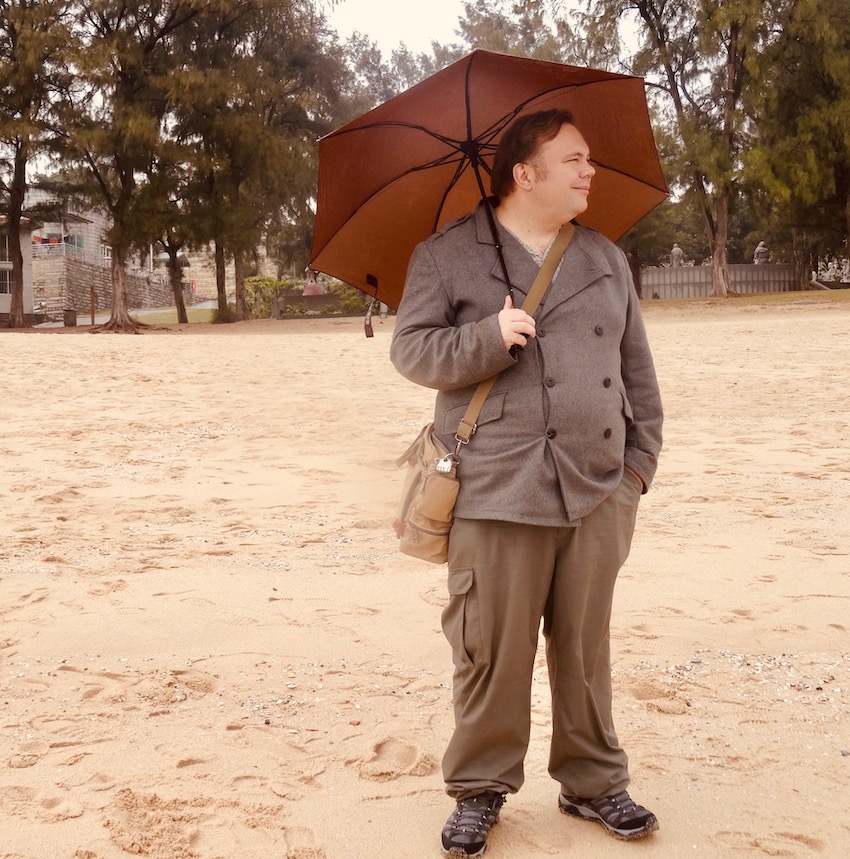 Want to visit here? Have a look at more articles on Chongwu.

For more on the region, check out my other reports from around Fujian province.

Like these? I’ve also written a zillion others from across China.

And I’ve put together a short story series called Challenged in China.