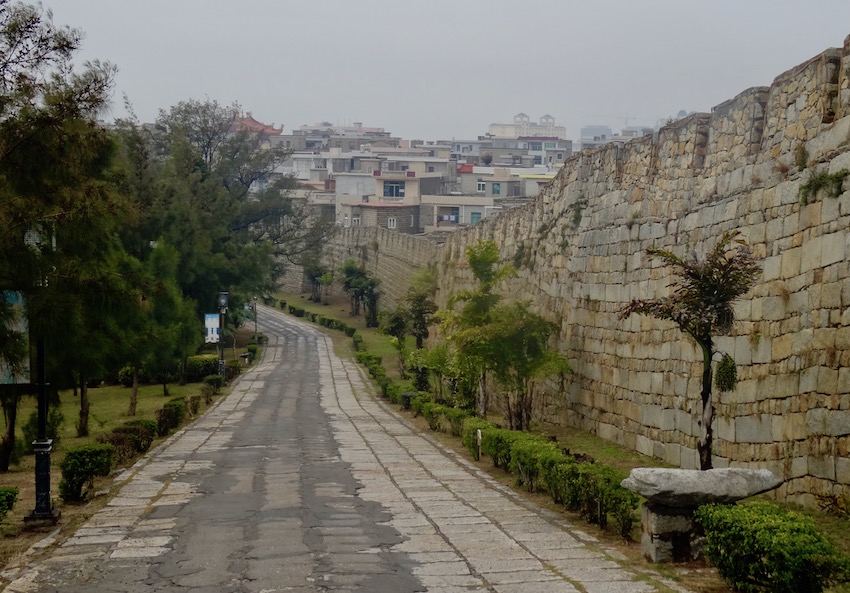 February 2018. The only reason to make the trek out to the isolated town of Chongwu in China’s Fujian Province is for a visit to the fascinating Chongwu Stone Arts Expo Park. This curious compound of stone sculptures sits between a stretch of ancient walls and a pretty strip of beach overlooking The Taiwan Strait. The section of wall that runs through the park dates back to 1387 and is one of the best preserved city walls in China. 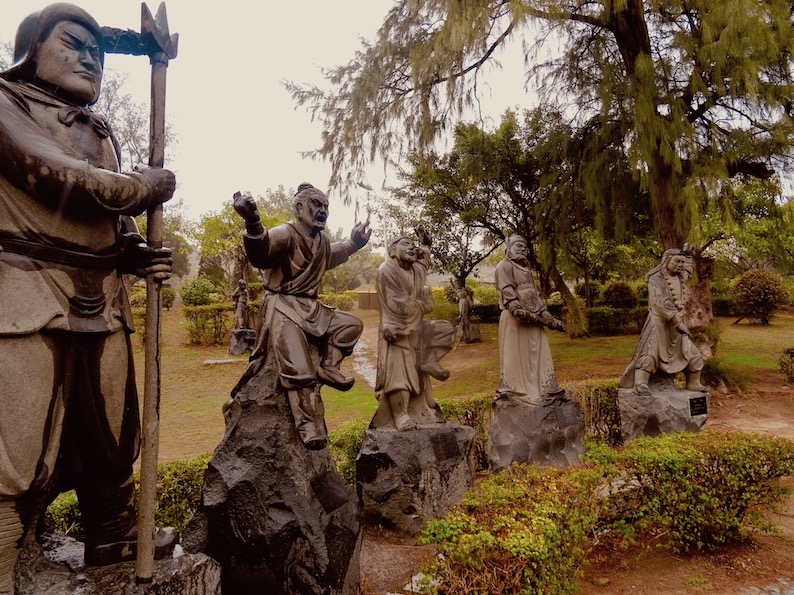 There are over five hundred sculptures to see throughout Chongwu Stone Arts Expo Park. Apparently they are the work of local craftsmen, although sadly there are no plaques or information boards available to enlighten you further. When were they made? And what exactly is the historical context?  I had no idea, and yet actually this only enhanced the mysterious vibe of the place. 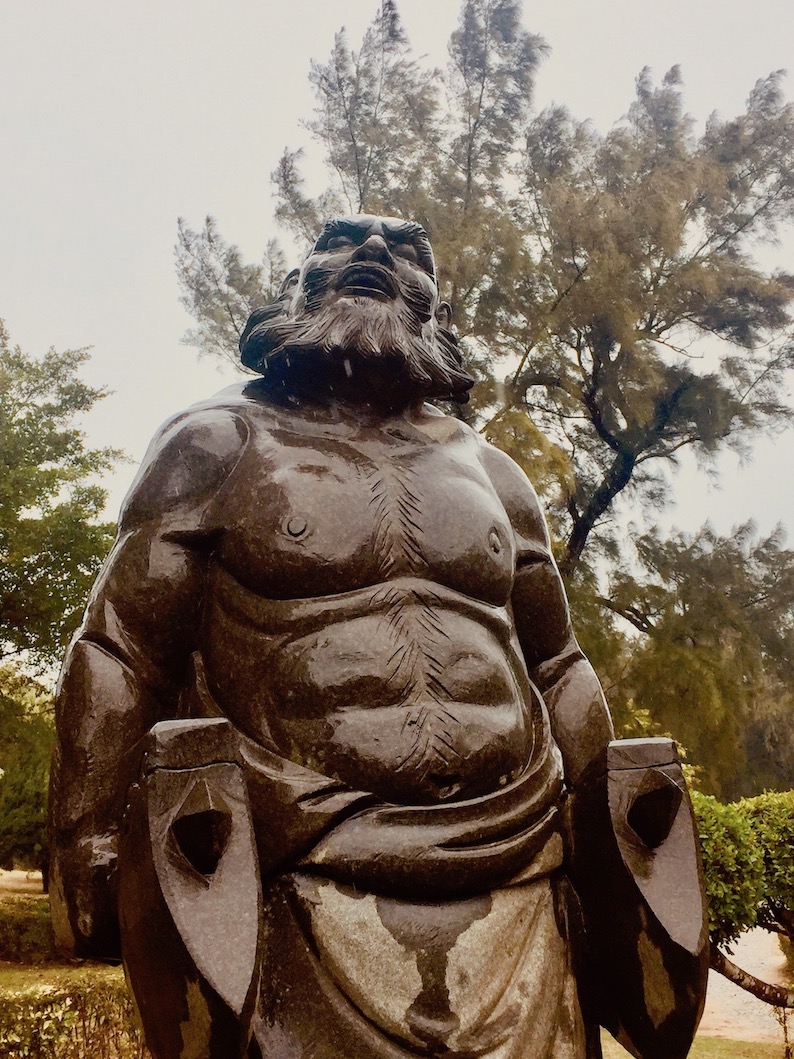 A good chunk of these sculptures depicts ancient warriors in various states of fury/elation/defiance/bafflement/despair. The emotions here are powerful, so much so that Wonderboy and I felt moved to hang about and study the fine details, despite the fact that we were getting rained on. 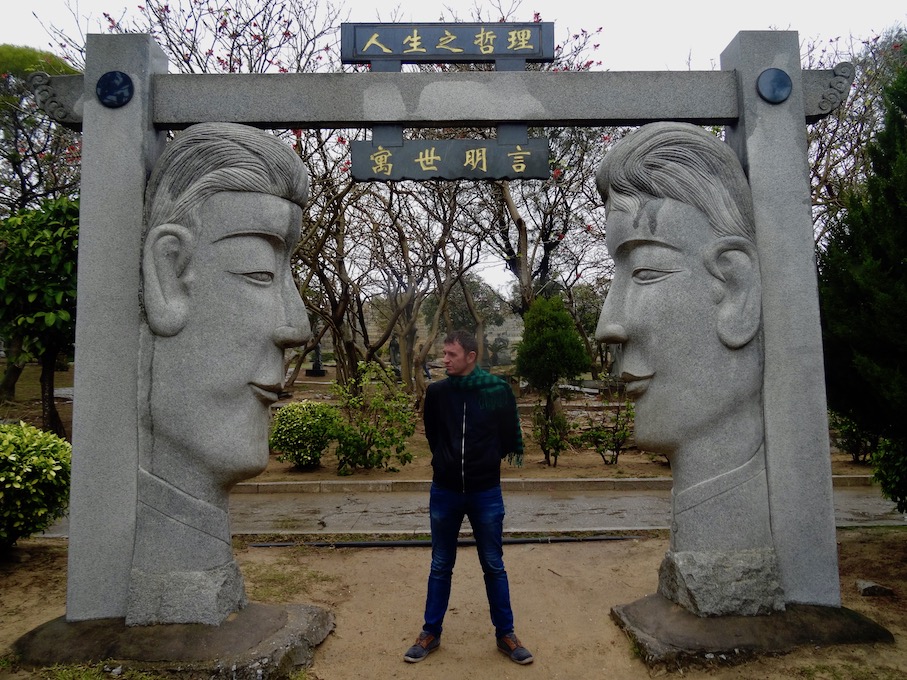 They’ve done a great job with the setting, with many of the sculptures set discreetly between hedges and trees. Others seem deliberately hidden away in plant-lined corners and bushy nooks. 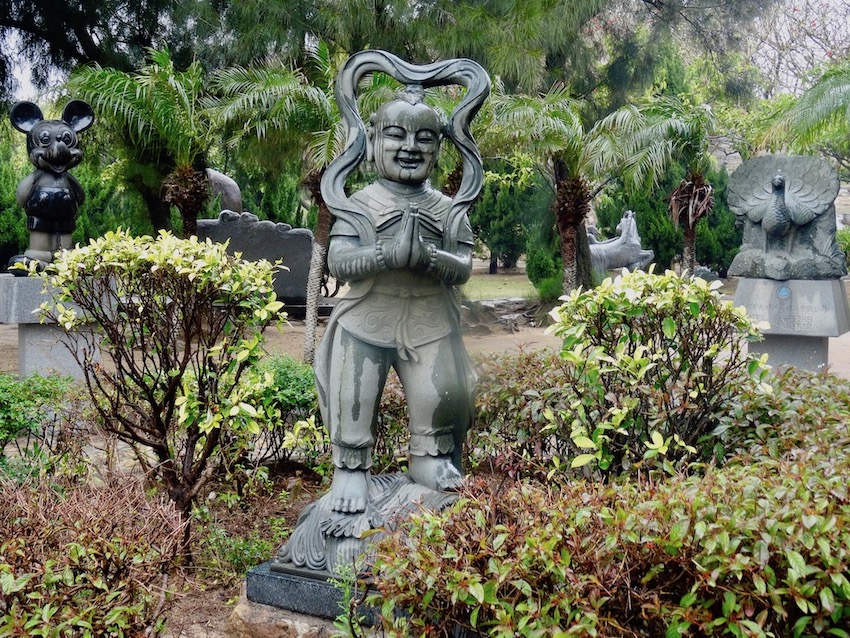 There are some surprising additions here and there. This little stone square is an example of that, where Mickey Mouse and a flourishing peacock flank a cheerful Buddha rocking the Rapunzel vibe. Again, I’d have loved an explanation. I mean, what the heck? 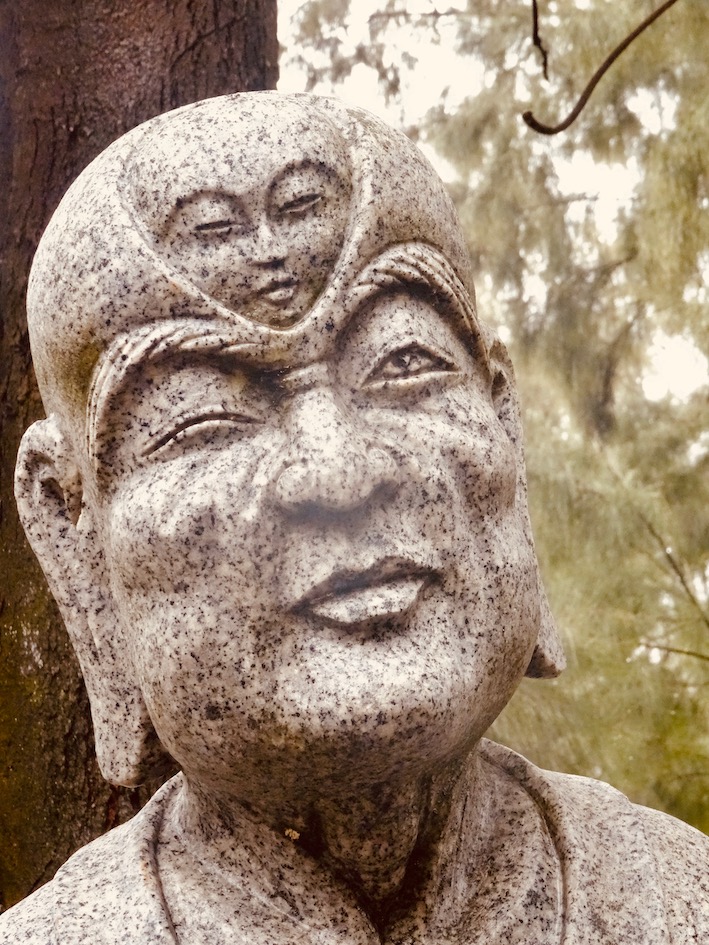 You could easily spend a few hours seeking out all the sculptures throughout Chongwu Stone Arts Expo Park. There’s also a sizeable temple complex, while the little beach proved so picture perfect I’ve saved it for a separate report. The park is open daily, with tickets priced at 45RMB (£5/€5.60/$6.60). Nobody speaks English. 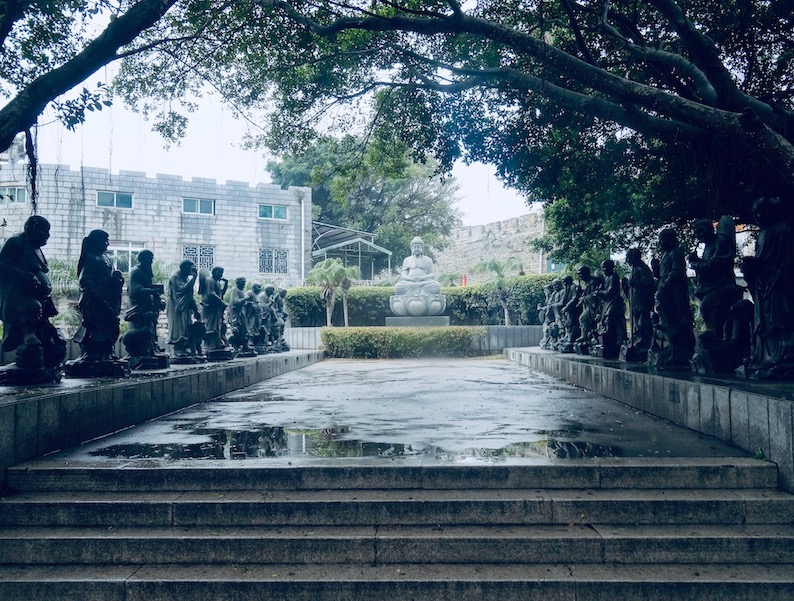 Want to visit? Have a look at more articles on Chongwu.

For more on the region check out my travel reports from around Fujian province.

Like these? Then why not leaf through my many other reports from around China.