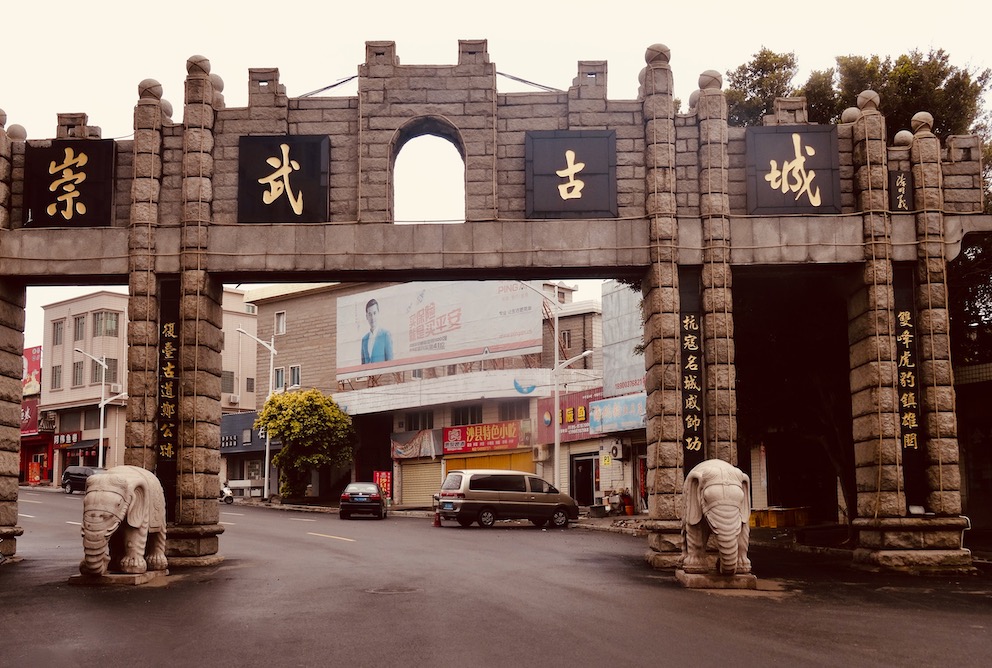 February 2018. The ancient, walled community of Chongwu Town is fascinatingly situated in southeastern China’s Fujian province. Look on a map and you’ll literally see it perched right on a peninsula jutting out into The Taiwan Strait. Chongwu is often referred to as an ancient city. However, in reality this place is little more than a run-down fishing town. In fact, the only reason for tourists to come here at all is that Chongwu is home to the hugely impressive Stone Arts Expo Park. 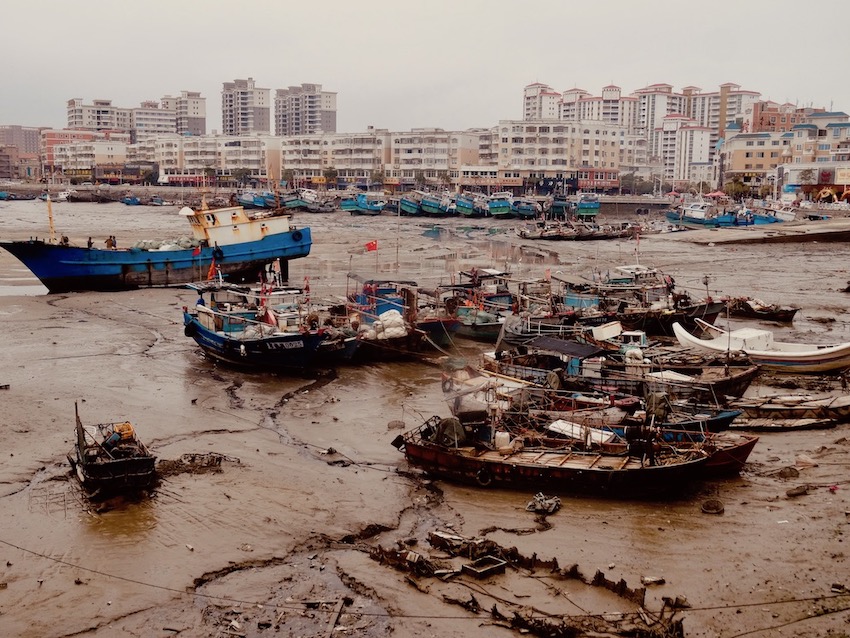 Chongwu Town itself holds little interest, hence we covered on foot in about half an hour. The highlight is undoubtedly this dry, mud hole of a harbour with its army of haunted ghost boats. It’s the perfect setting for anyone wanting to shoot an apocalyptic horror movie. 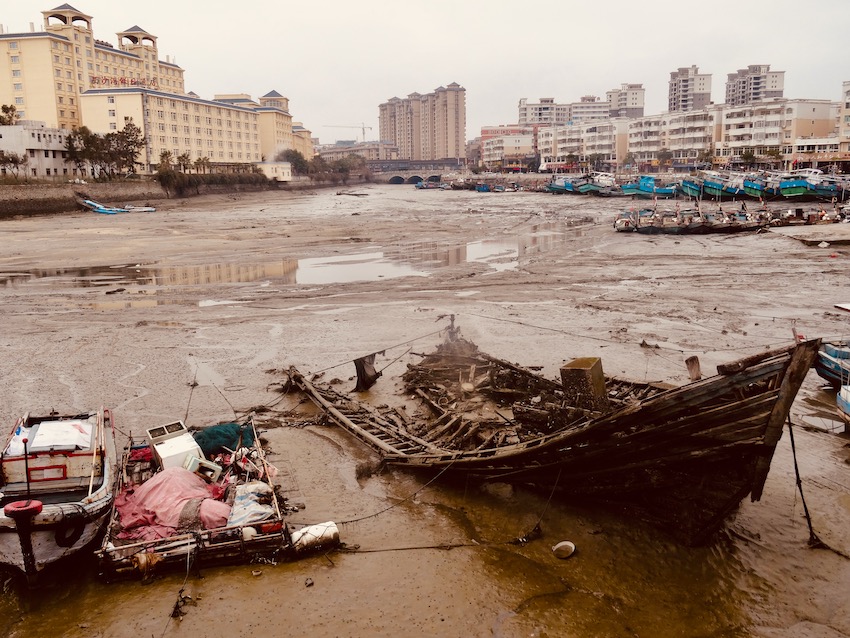 I’m not sure what role, if any, local government bodies play in Chongwu Town’s harbour. Call me cynical, but to me it looks like nobody gives a crap. Gazing out over the rotting wreckage, Wonderboy and I couldn’t help but speculate just how long this particular vessel had been slumped here. Judging by the level of decay, I’d say a very long time. 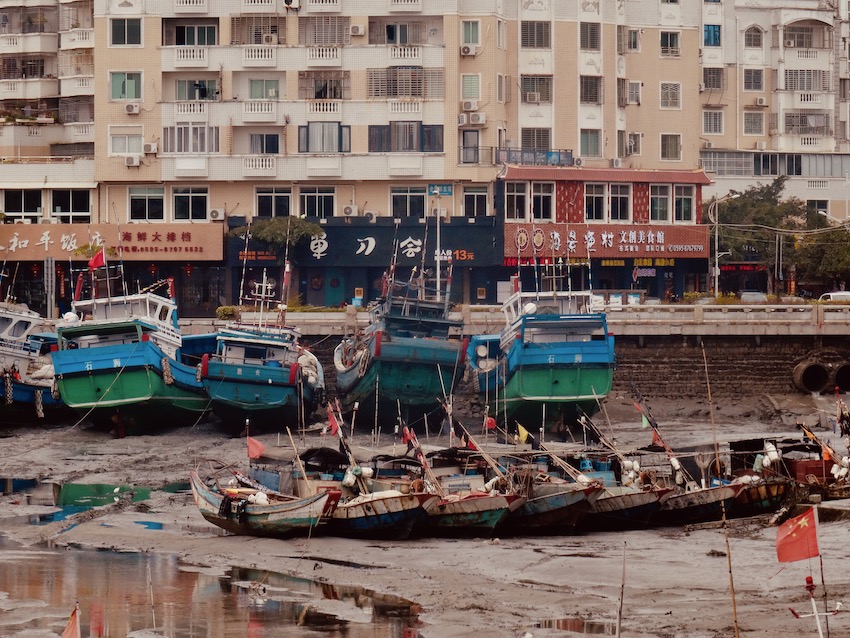 Although small, Chongwu Town offers a surprisingly decent range of shops, supermarkets, restaurants, bakeries and cafes. There are even a couple of sad looking hotels, although a quick search online suggests none of them possess a license to accept foreigners. 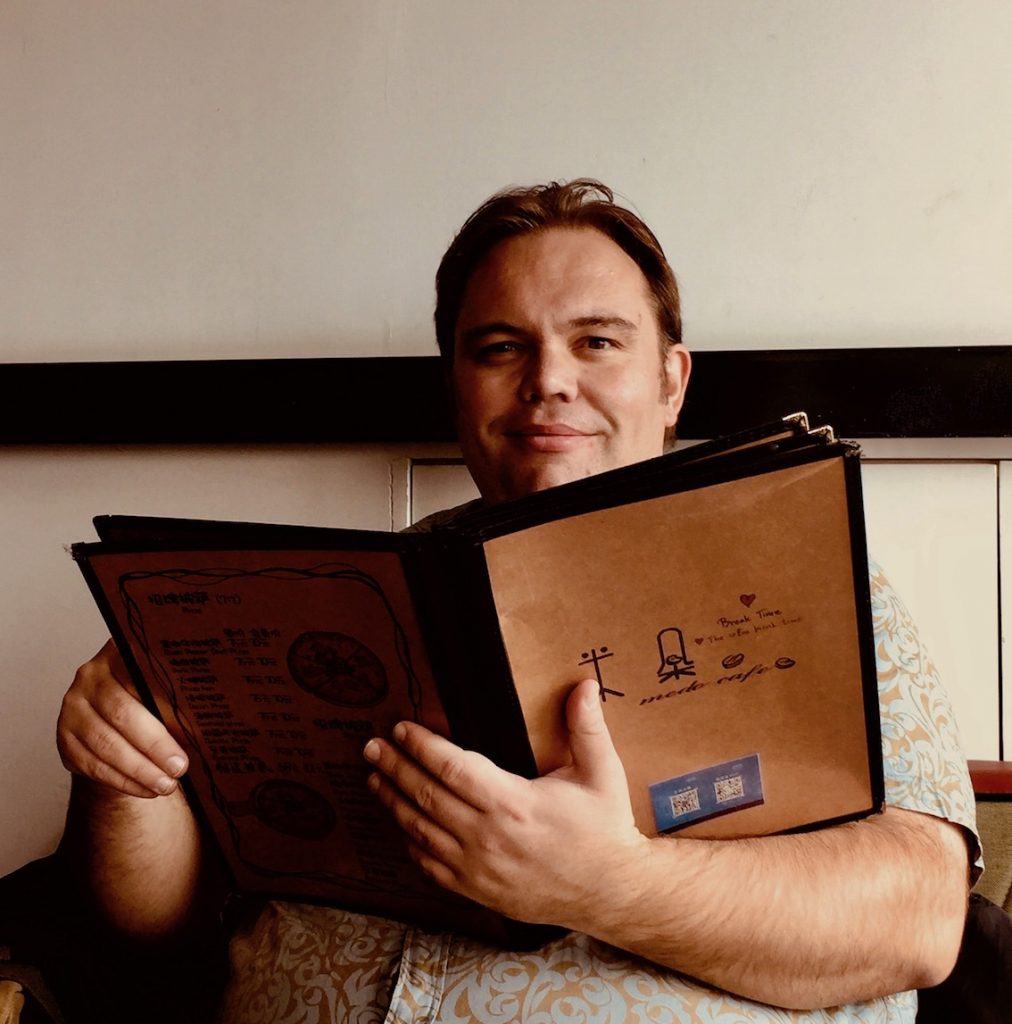 Having spent virtually the whole afternoon strolling around The Stone Arts Expo Park, Wonderboy and I decided to settle at one of the town’s coffee shops. We chose Café Medo, a 1960s themed joint with a jazz vibe and framed photographs of Marilyn and Elvis. But having leafed through their menu and ordered our coffees, the waitress suddenly announced that there was “no water”. I took this photo shortly before the bad news broke.

Poor Wonderboy, he looks so happy at the prospect of an imminent coffee. A short while later it was the same story at another café. And then another. Consequently, it became clear that the great drought of Chongwu had spread from the harbour into its streets and commercial establishments. Epic, epic fail. 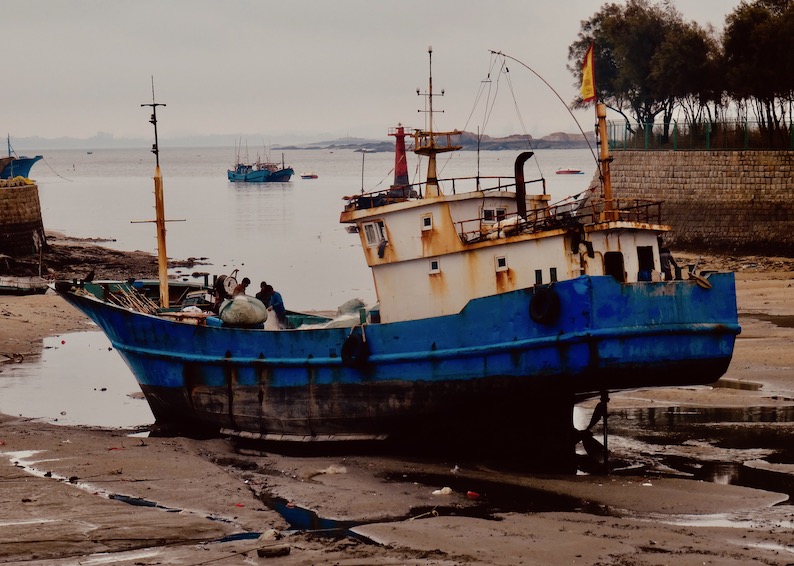 Don’t worry, there’s more to the town than just this! Have a look at my other articles on Chongwu.

For more on the region, check out my travel reports from around Fujian province.