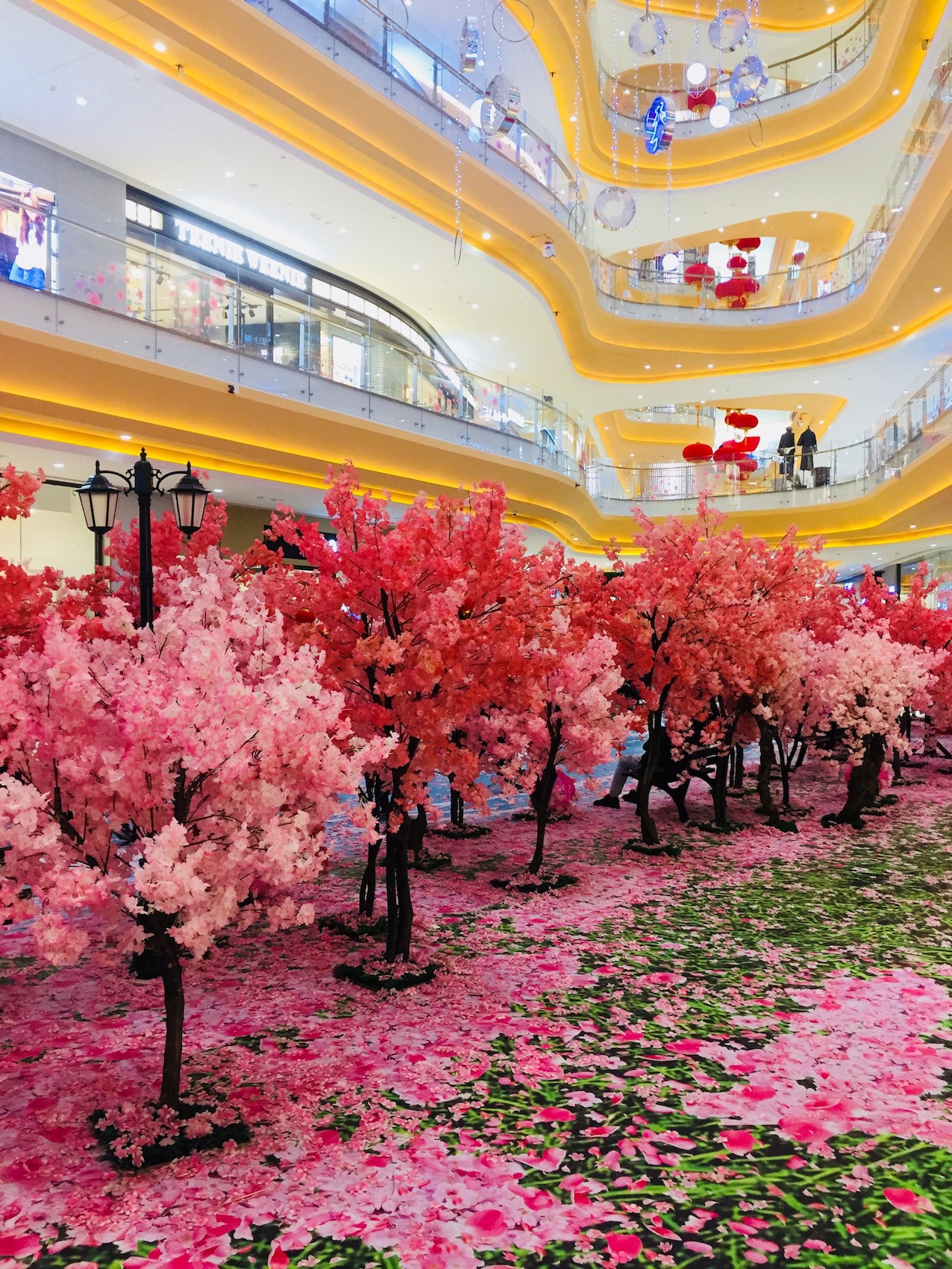 February 2018. They really know how to make a giant mall in China! Wonderboy and I were on our way back from Quanzhou’s Xunpu Oyster Village when we spotted a hulking collection of shiny towers at the side of the motorway. So we dipped into Taihe Mall, treated ourselves to a Burger King and did some exploring. 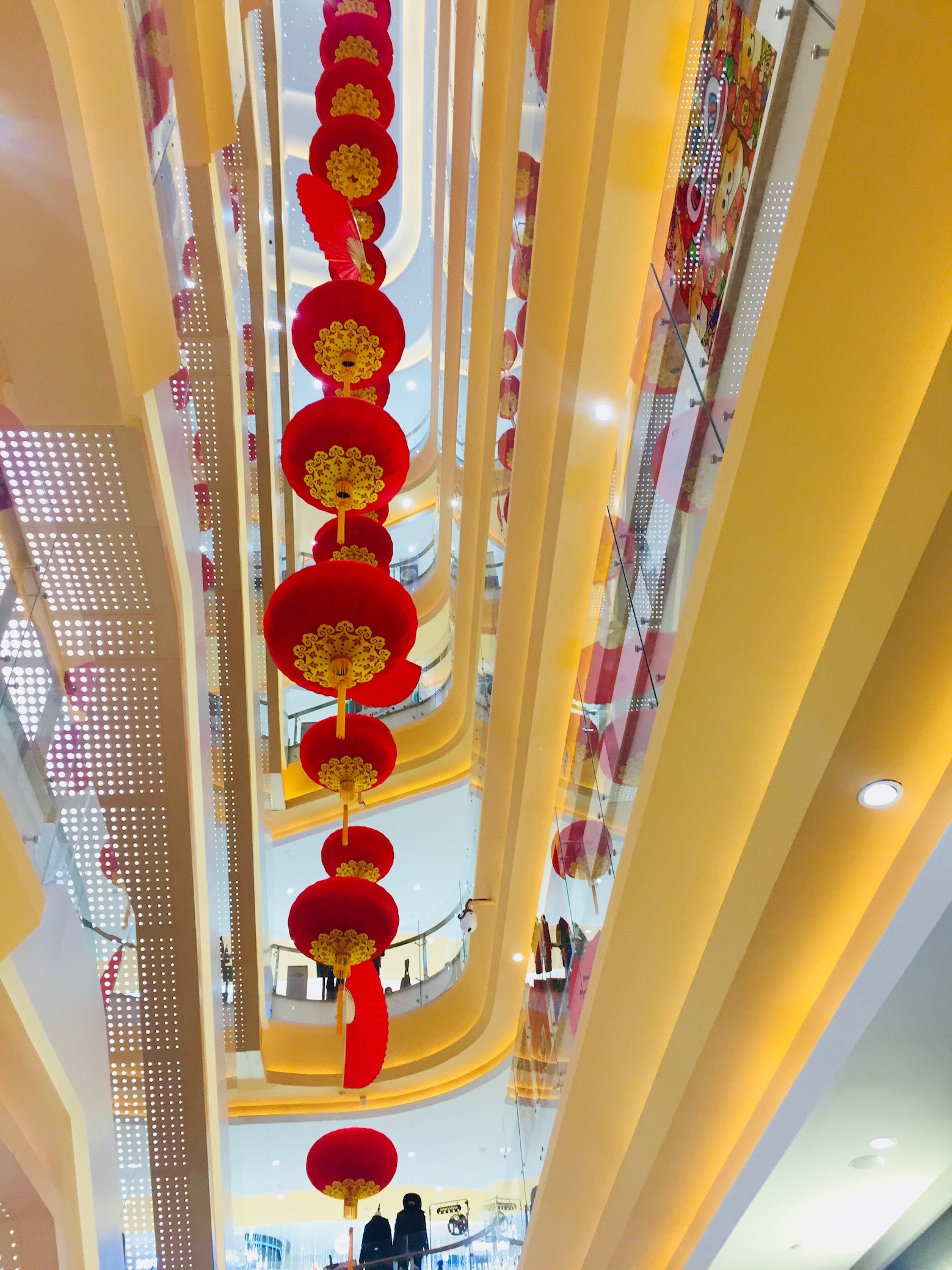 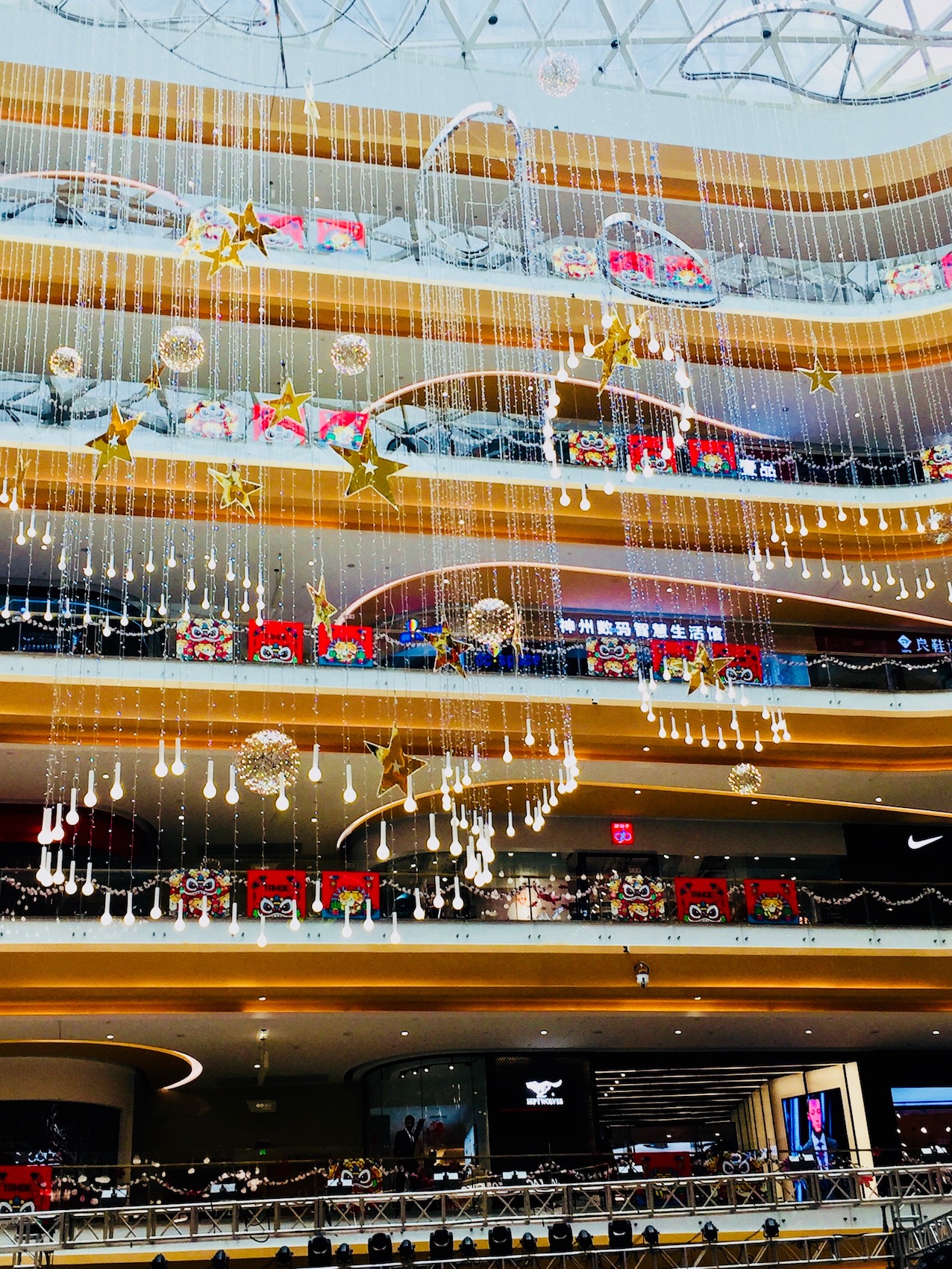 The mall has every creature comfort a foreign traveller may need. They’ve got a Starbucks, a KFC, a McDonald’s and Pizza Hut. Lo and behold, they even have a Watson’s pharmacy, with actual western toiletries, not to mention an IMAX cinema. Furthermore, there’s a killer selection of foreign food outlets, in addition to some fancy Chinese restaurants. 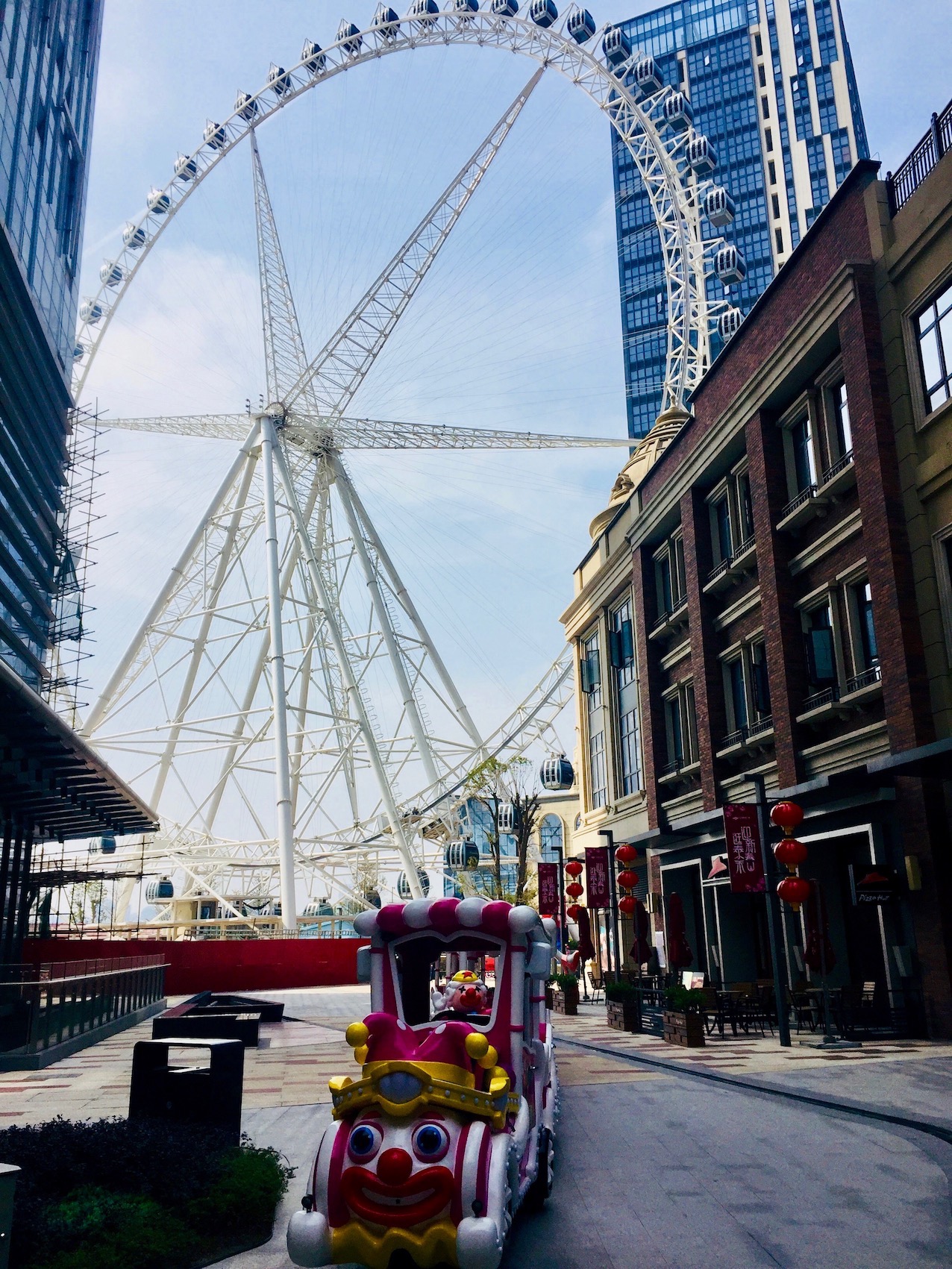 An electric train wheels kiddies around Taihe Mall’s outer complex, which includes a huge retail village set on either side of a stream connected by an arched bridge. Don’t expect to get on Taihe Mall’s ferris wheel! When we tried, the self-service machine was covered up with a large green blanket. “Get ticket downstairs from booth!” barked the attendant. But when I poked my head through the open counter window I discovered the office was empty. We waited and waited, but soon got bored and left. 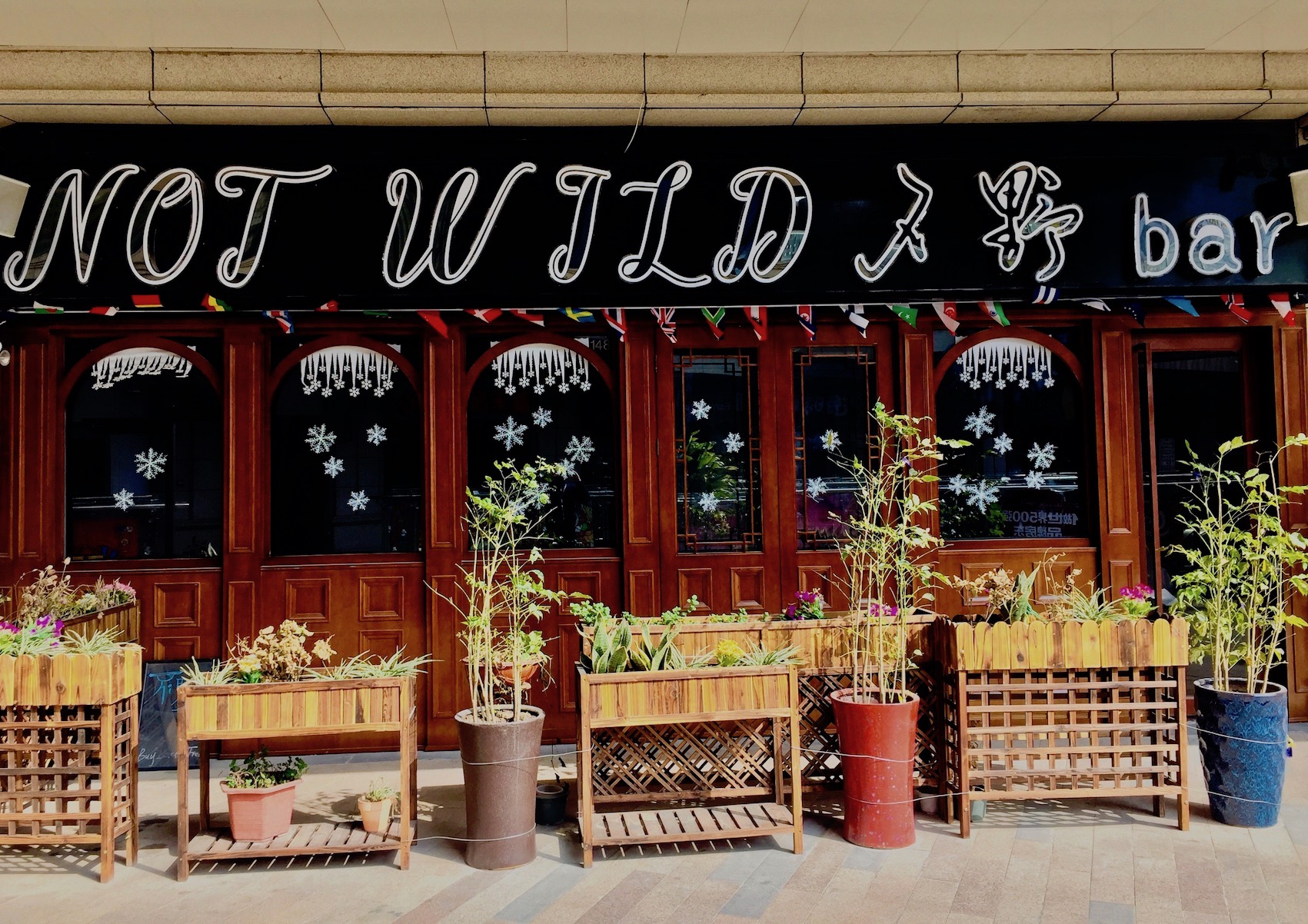 A few minutes after that we came upon this hilarious place. “Come, come! To the bar where nothing remotely interesting ever happens!”