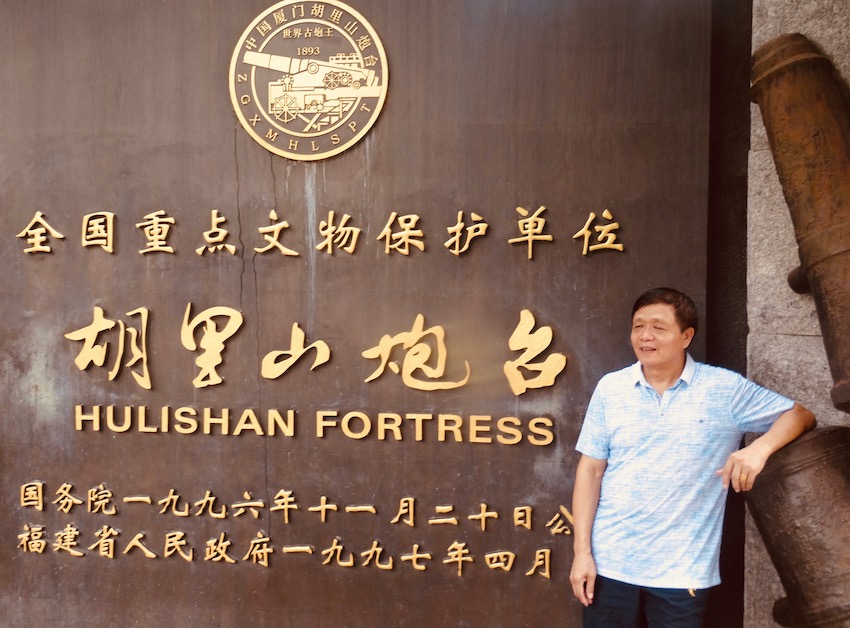 August 2017. Hulishan Fortress is one of Xiamen’s most defining landmarks, a sprawling granite castle perched atop a rocky hill in the south of the island. Built in 1894 in the dying days of the Qing Dynasty, the fort was home to some of the world’s most powerful cannons. Furthermore, the fortress went on to play a key role in China’s war of resistance against Japanese aggression. 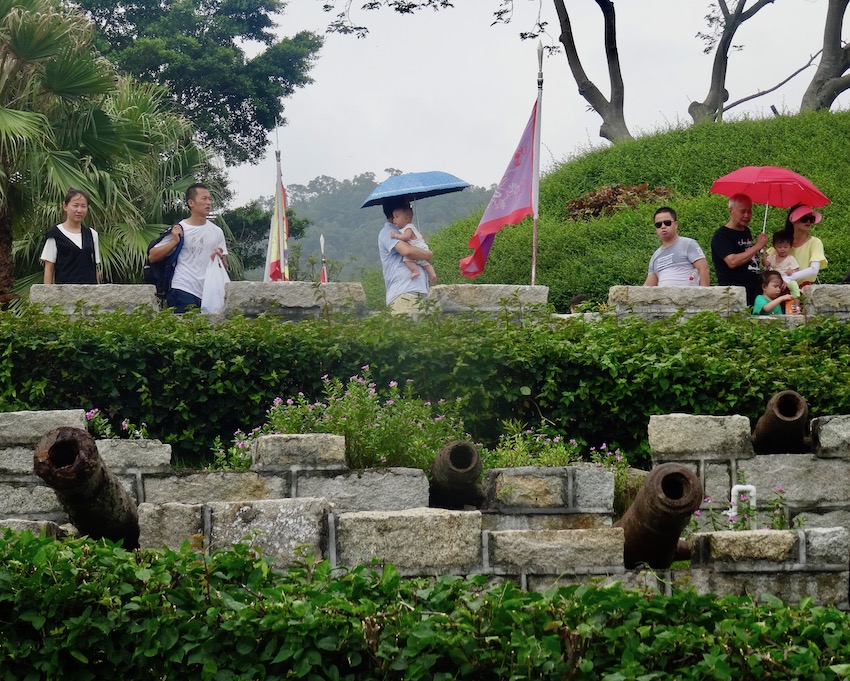 Many of Hulishan’s original cannons are still on display throughout the fortress. It’s certainly a beautiful compound, with landscaped gardens, gargantuan banyan trees, vibrant rose bushes and a cactus garden connected by stone paths. 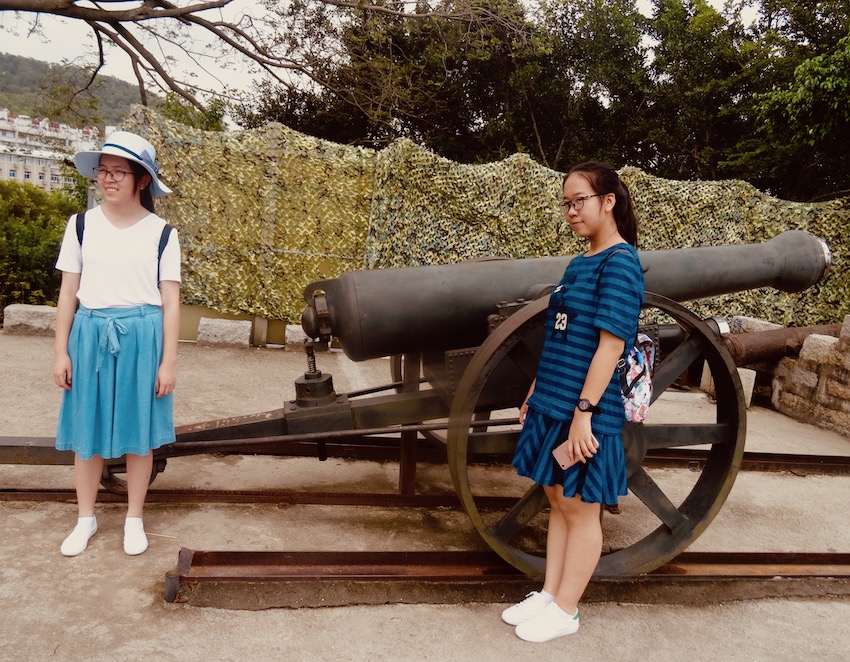 Along the route, you’ll pass through a military barracks, a secret tunnel and an ammunition depot. 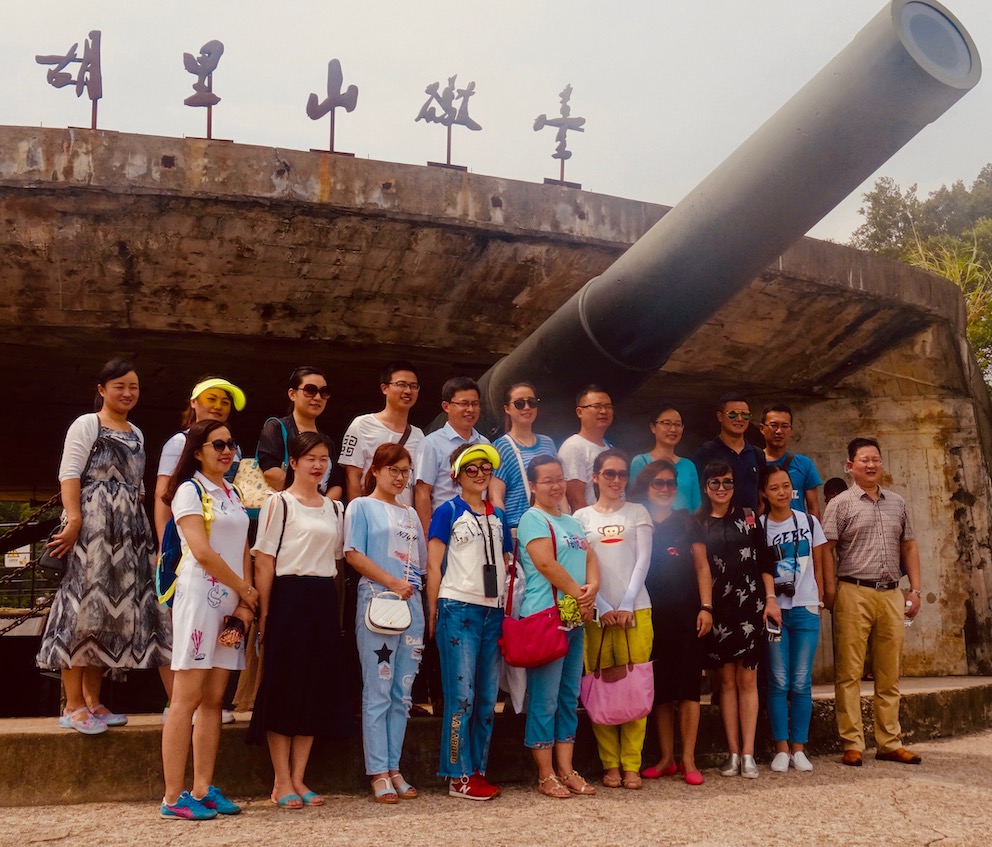 Climb to Hulishan’s lofty peak and you’ll find the fort’s most prized possession. This massive nineteenth century German Krupp Cannon is apparently the largest and oldest breechloader in existence! Similarly, it’s one of the world’s heaviest cannons at an impressive eighty-seven tons. It also has a firing range of up to twenty kilometres. However, getting near the old girl can prove tricky. Indeed I simply gave up waiting as group after group of tourists line up for a photo or two. Or ten… or three hundred. 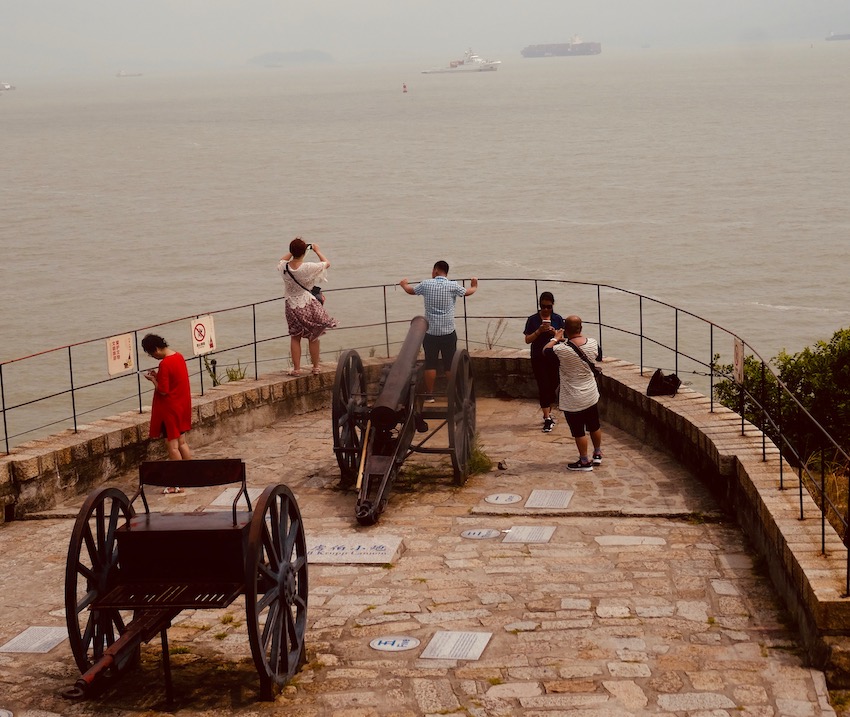 Views across the Taiwan Strait on a foggy day.

Even if you’re not bothered about all the cannons, Hulishan Fortress is still worth a visit simply for the views. I took this one from the main platform looking out over a foggy Taiwan Strait. 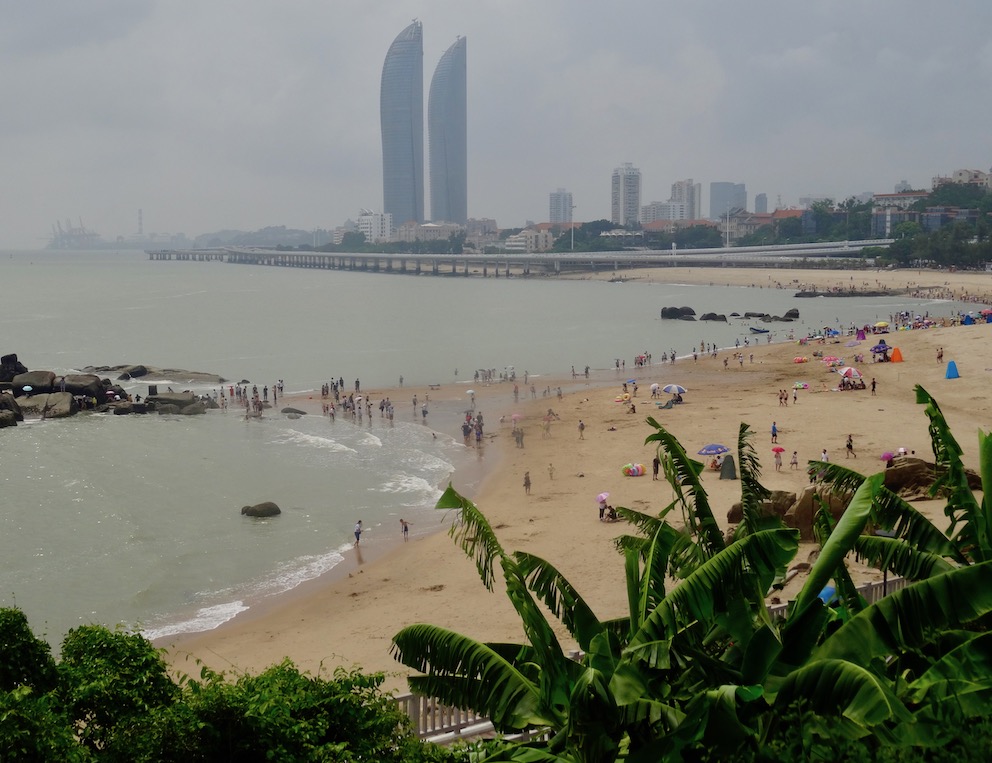 Baicheng Beach from the fortress.

This shot takes in nearby Baicheng Beach, just a short walk from the fortress. 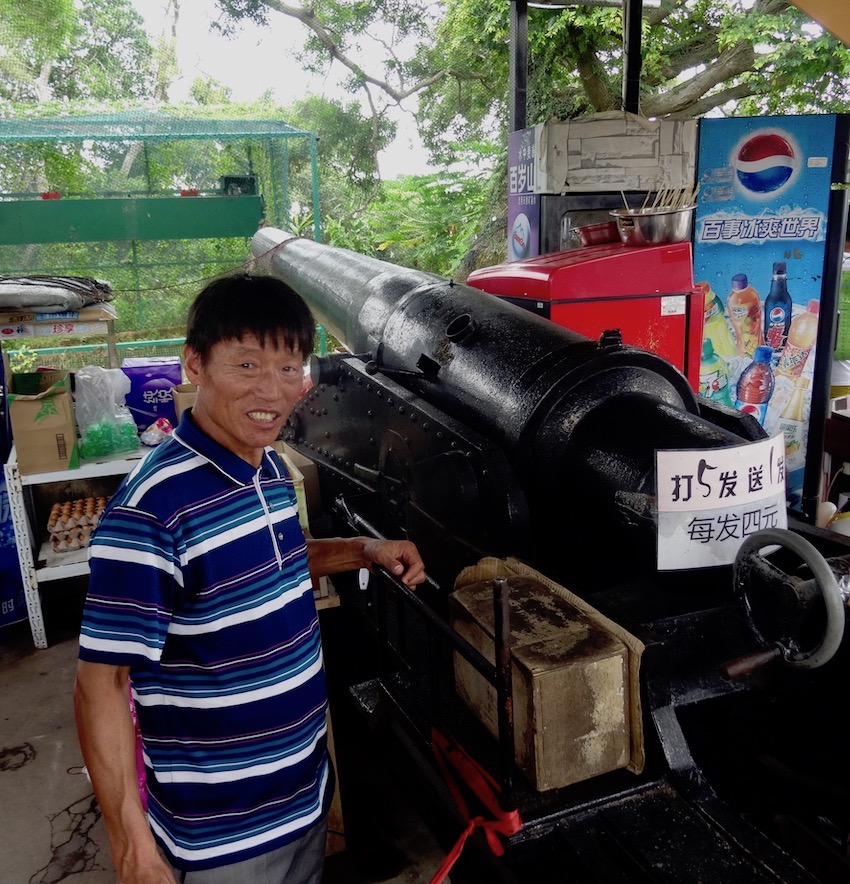 This old guy provides an additional dose of cannon related fun for all the family. Basically, see if you can blast a prize off one of the shelves. It’s harder than it looks, but even if you don’t hit anything Mr. Cannon is on hand to cheer you up with a goofy smile and a complimentary pack of chewing gum. Everyone’s a winner at Hulishan Fortress! 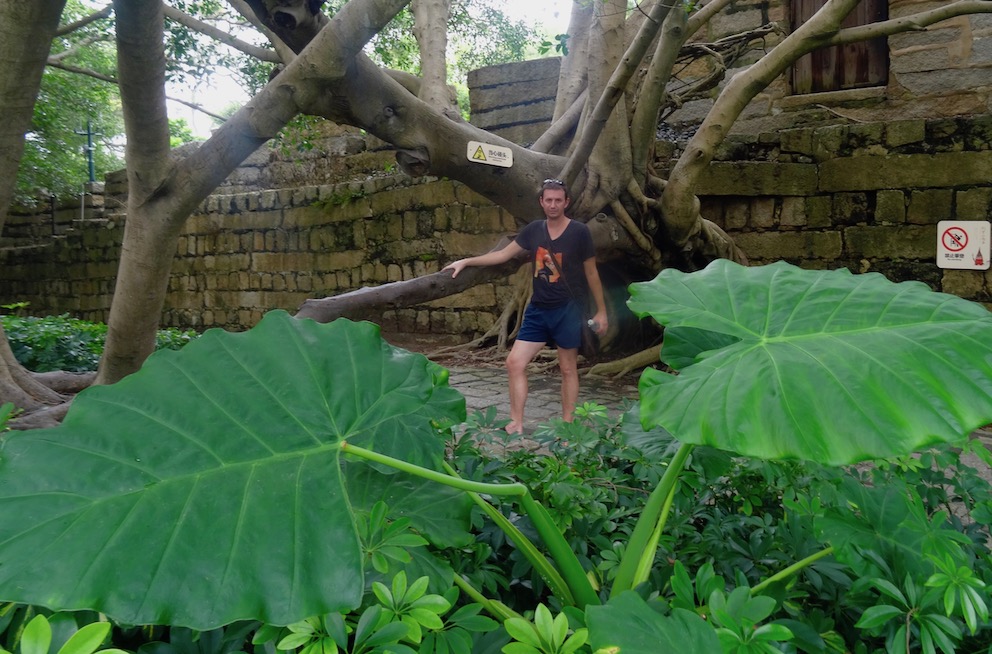 For more snapshots of this amazing city, check out my other travel reports from around Xiamen.