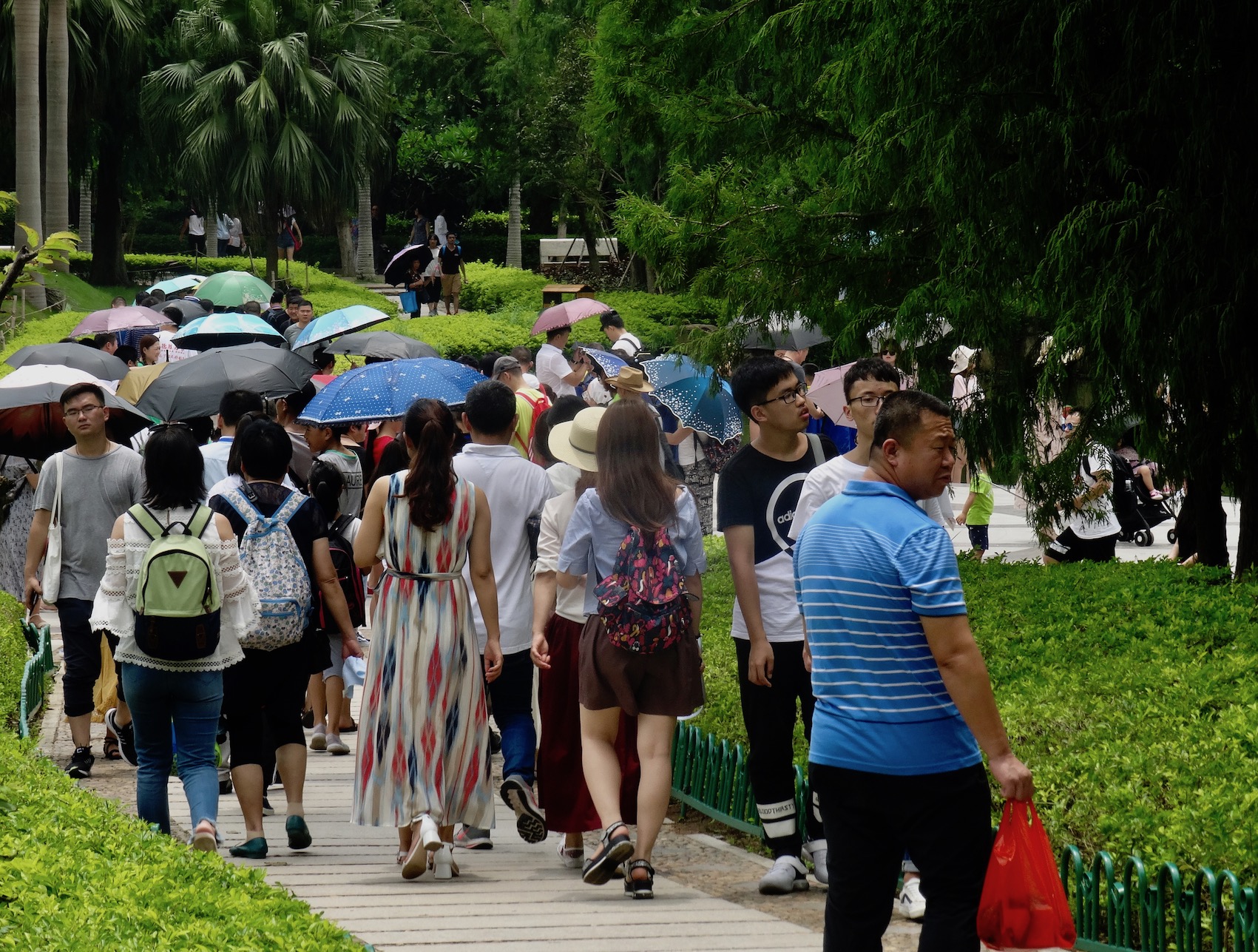 August 2017. I hadn’t even thought of visiting Xiamen University, not until a friend of mine suggested it. “It’s one of the most beautiful campuses in China!” she claimed. So off I went, full of anticipation. When I arrived at the entrance gates, I saw a long line of people snaking down Yanwu Road.

I was about to reluctantly join them when fate intervened in the form of a bookish medical student. Basically she offered to take me directly inside if I agreed to speak on camera about my experiences in Xiamen. Consequently we skipped the queue, I gave the city some gushing praise and then I was released, free to roam with what felt like half of China. 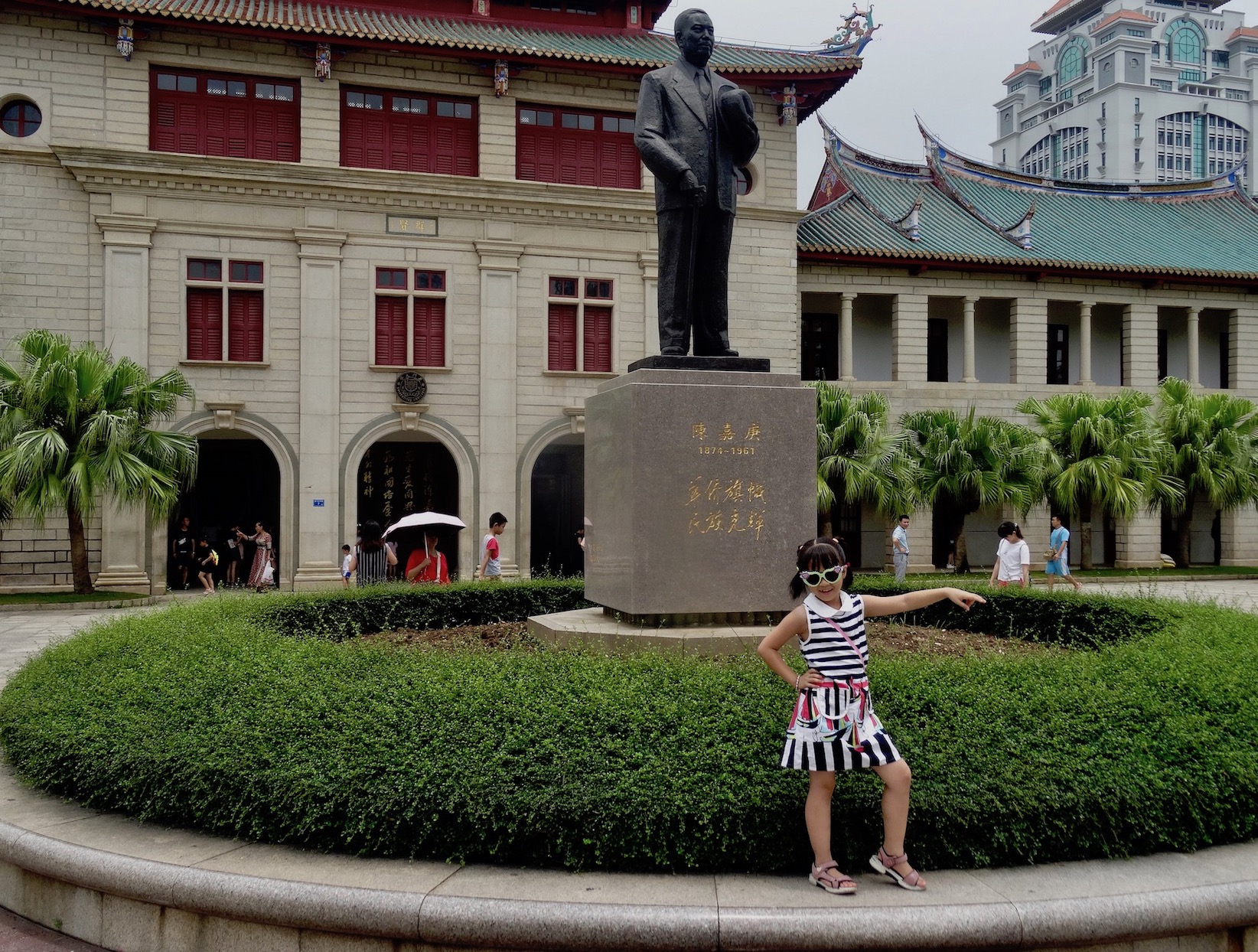 The university was established in 1921 by the businessman and philanthropist Tan Kah Kee. This guy is much loved in Xiamen and, as a result, a memorial statue now dominates the compound’s long, leafy mall. 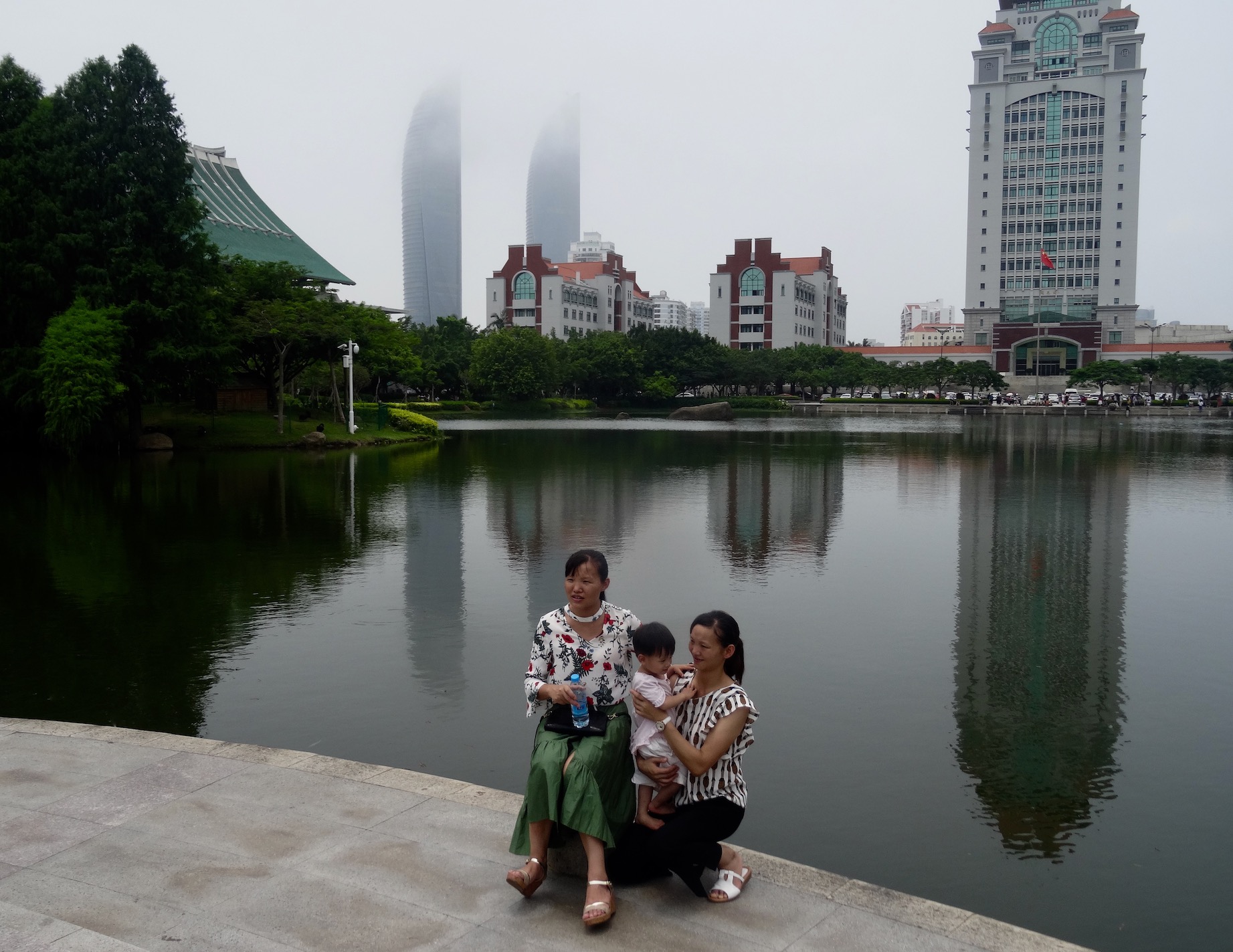 The campus grounds are dominated by the almighty Lotus Lake. You can reach its main viewing platform via a waterside loop path that runs beneath a gaggle of weeping willow trees. The towering building in the background is part of the Jiageng Complex. A group of teachers and students helped construct this giant block of classrooms and lecture halls. 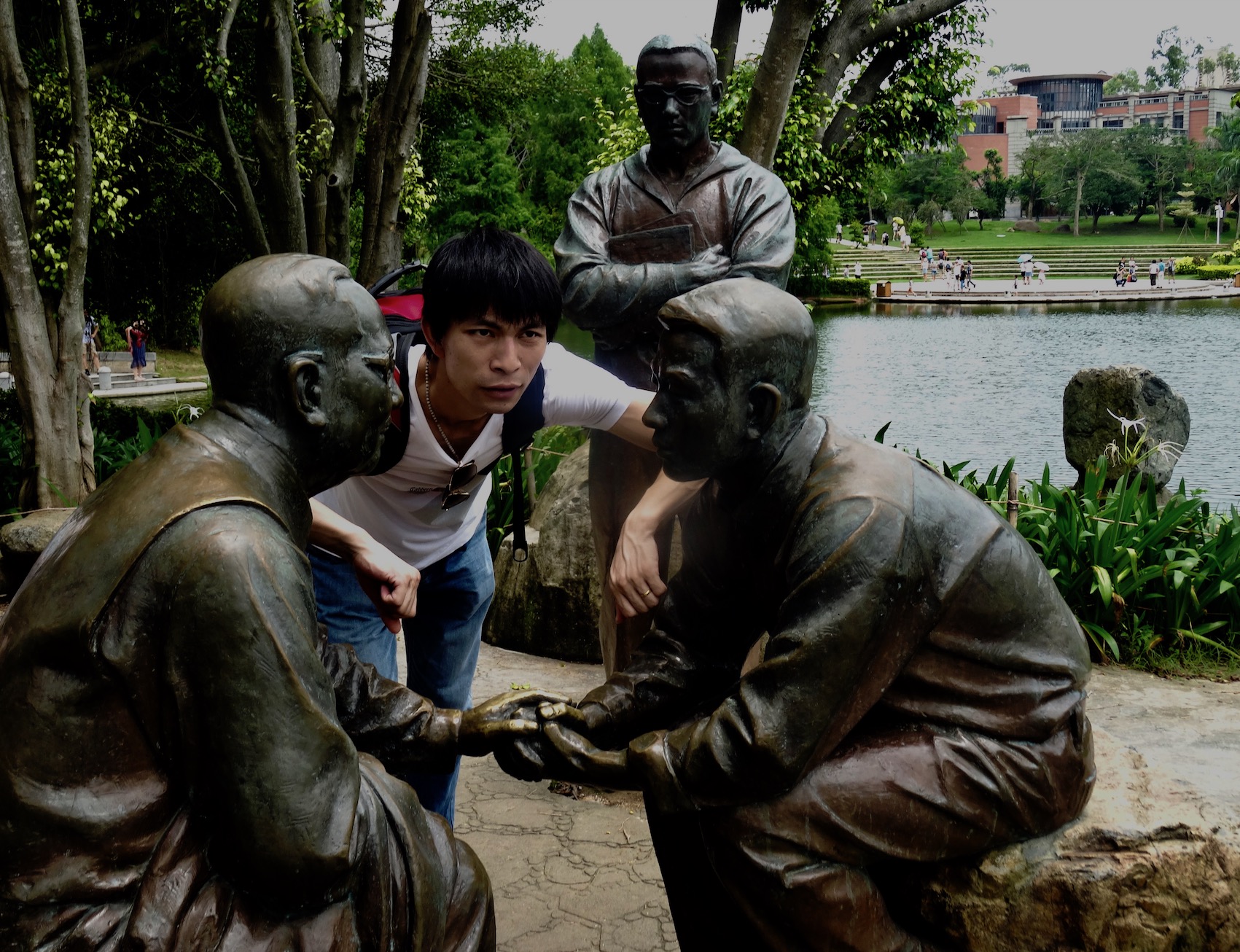 There are all kinds of interesting stops around the lake. You can see the halls of residence, the library (said to hold over three and a half million books) and pockets of tiny gardens. Many of these beautiful spots include benches, sculptures, plaques and the odd stone bridge. 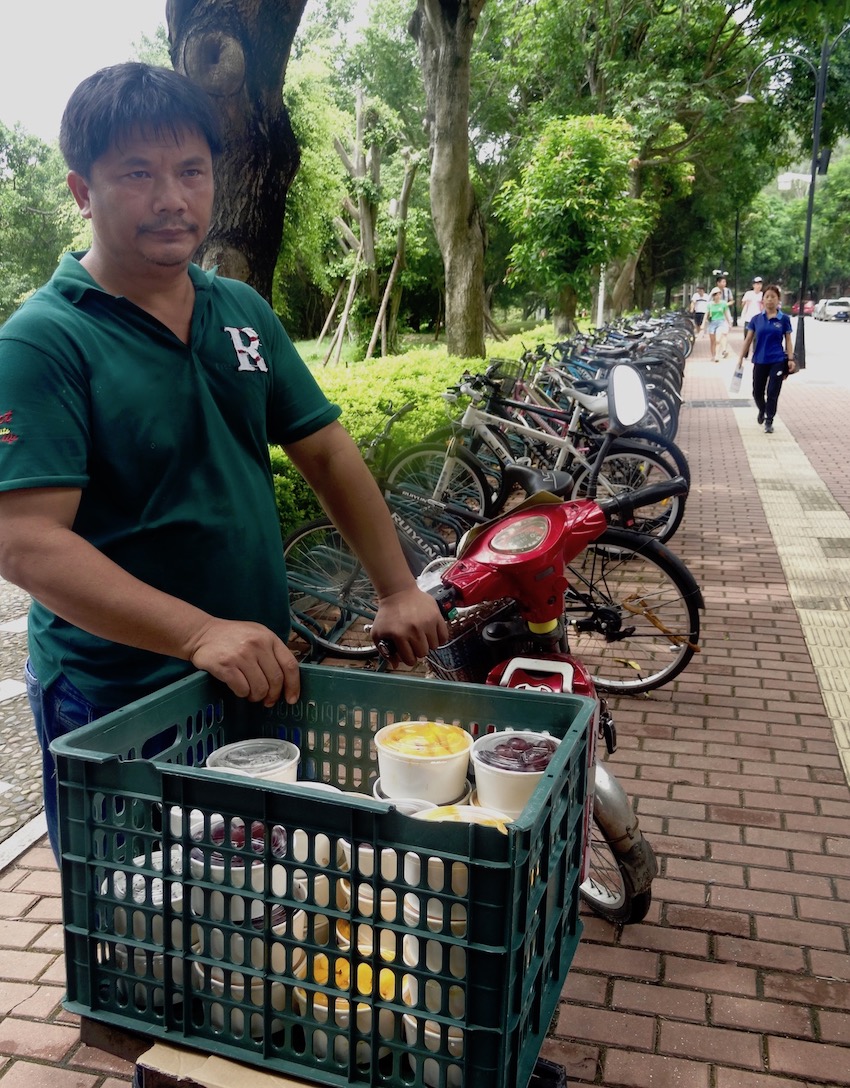 Feeling peckish? Fear not, just approach one of the strategically placed entrepreneurs and for a mere 10RMB you can grab a box of chopped mangos, pears and watermelons. 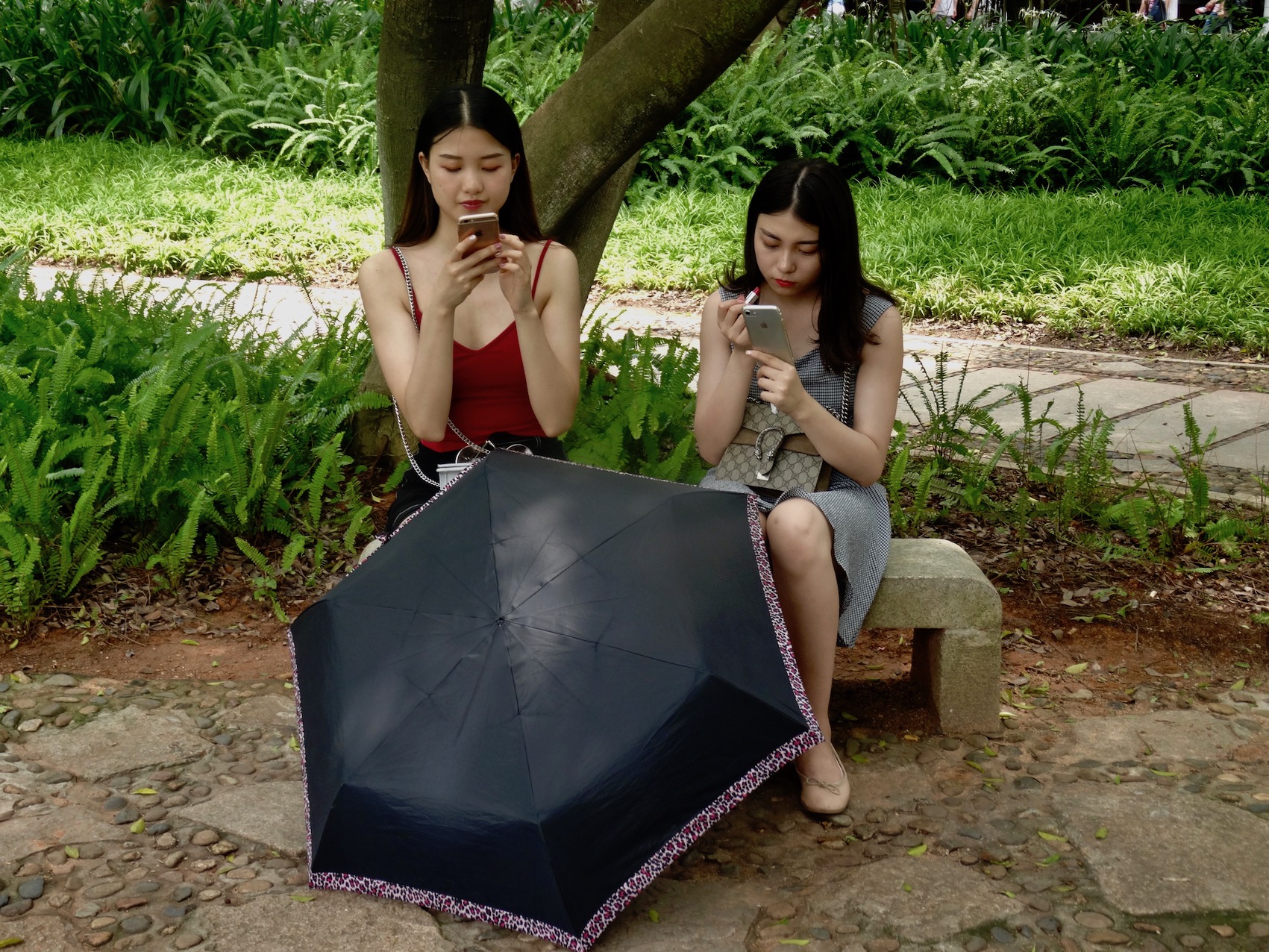 “Pursue excellence, strive for perfection!” goes Xiamen University’s plucky motto. I could certainly see this steely resolve in the eyes of the students as they marched from building to building with their backpacks and armfuls of books. And perhaps too, in its own way, the motto also applied to these two girls. No matter where you are and what you’re doing, one should always look their best. 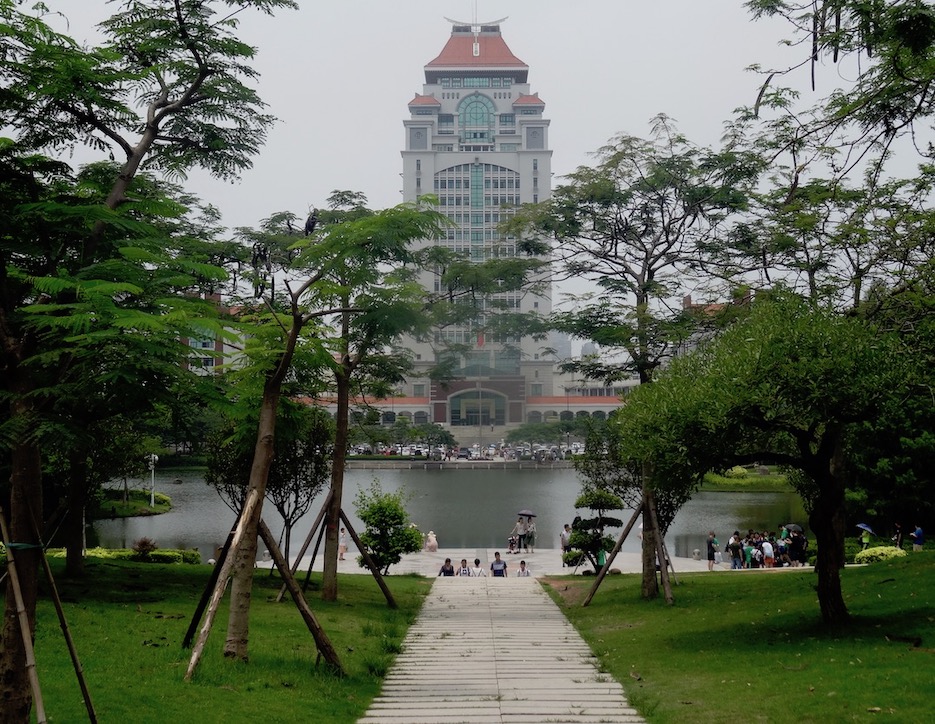 To delve deeper, why not pay a visit to Xiamen University’s official website.

For more snapshots of this amazing city, check out my travel reports from around Xiamen.