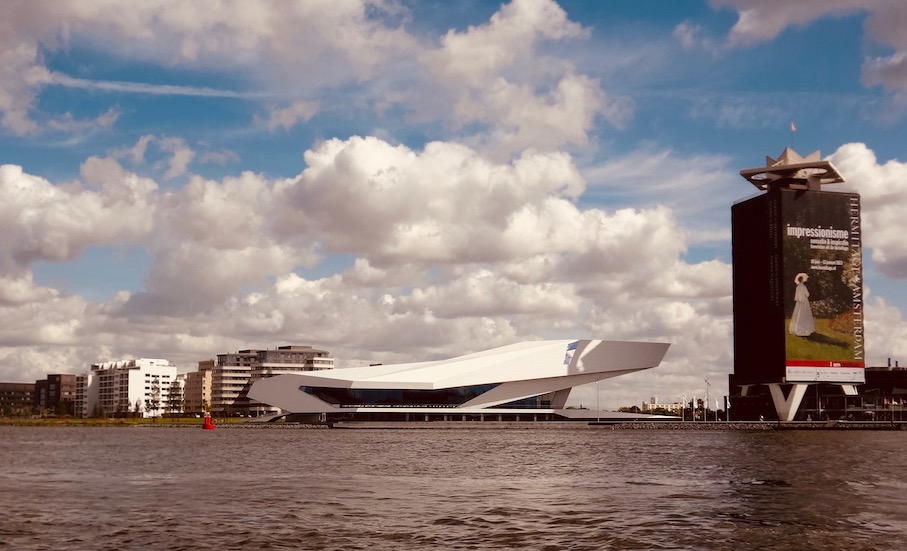 August 2012. The Amsterdam Eye Film Museum is a stunning building located on the north bank of The River IJ, just across the water from the city’s Central train station. Queen Beatrix opened the centre, which also houses The National Film Institute, on the 4th of April 2012. Home to four modern cinemas, The National Film Archives and several exhibition spaces, Eye Film Museum’s mantra is to be The Netherlands’ definitive “house of film”. 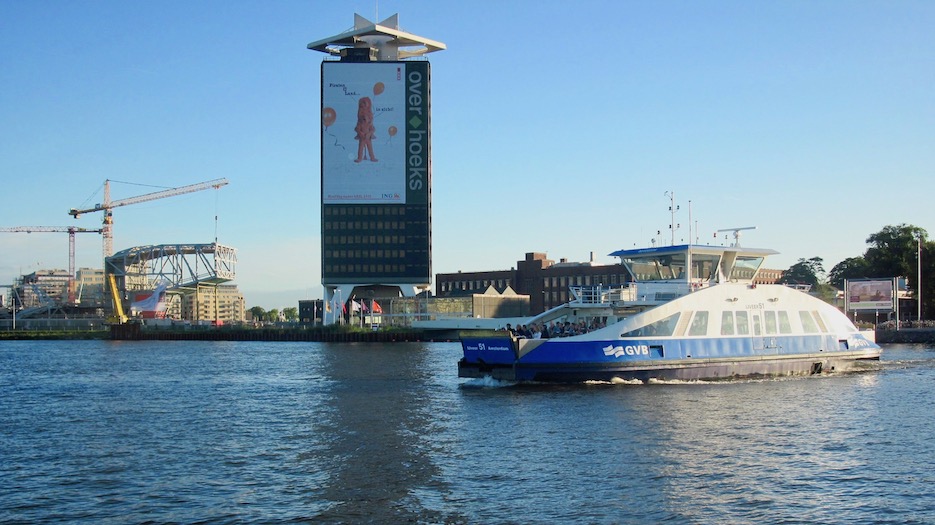 I was fortunate enough to see Eye Film Museum getting built! In the summer of 2010 I got a job writing movie news and (cough) celebrity content for a Dutch media company called FCCE. Their offices were actually just around the corner from the construction site. As a result, I would often check out its progress from de veerpont, the free ferry that shuttles passengers back and forth from Centraal Station to Amsterdam North. 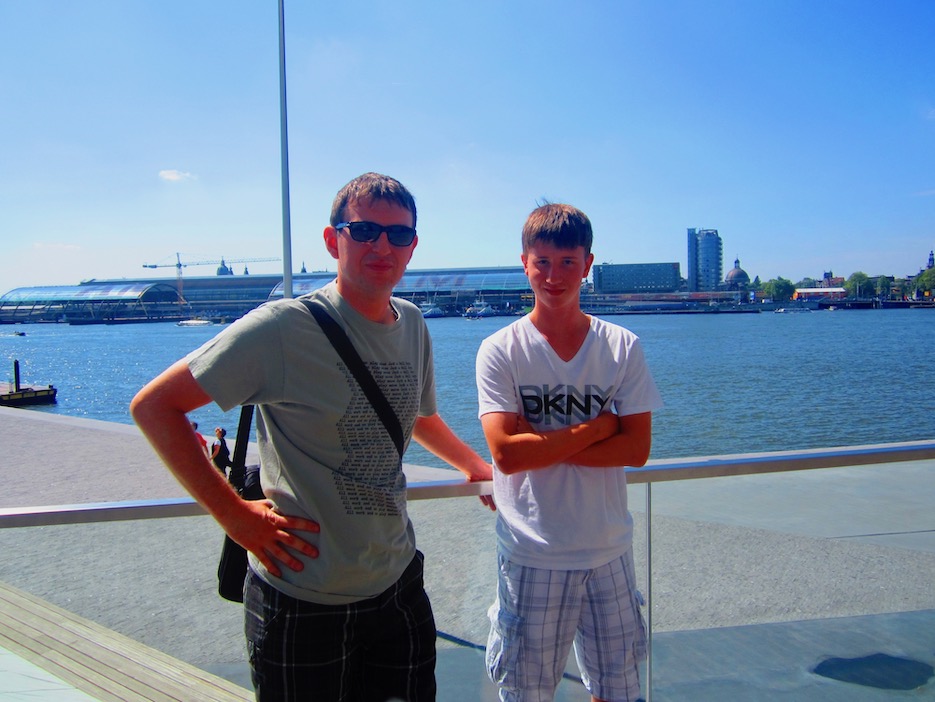 The view over The River IJ from Eye Film Institute, Amsterdam.

The museum had already been open for a few months when I finally got around to checking it out. My brother, a huge movie-fanatic and director-in-the-making, was visiting from Scotland. Hence it was certainly a case of good timing! This photo was taken outside the museum’s entrance, with fine views across the River IJ and Amsterdam Centraal. 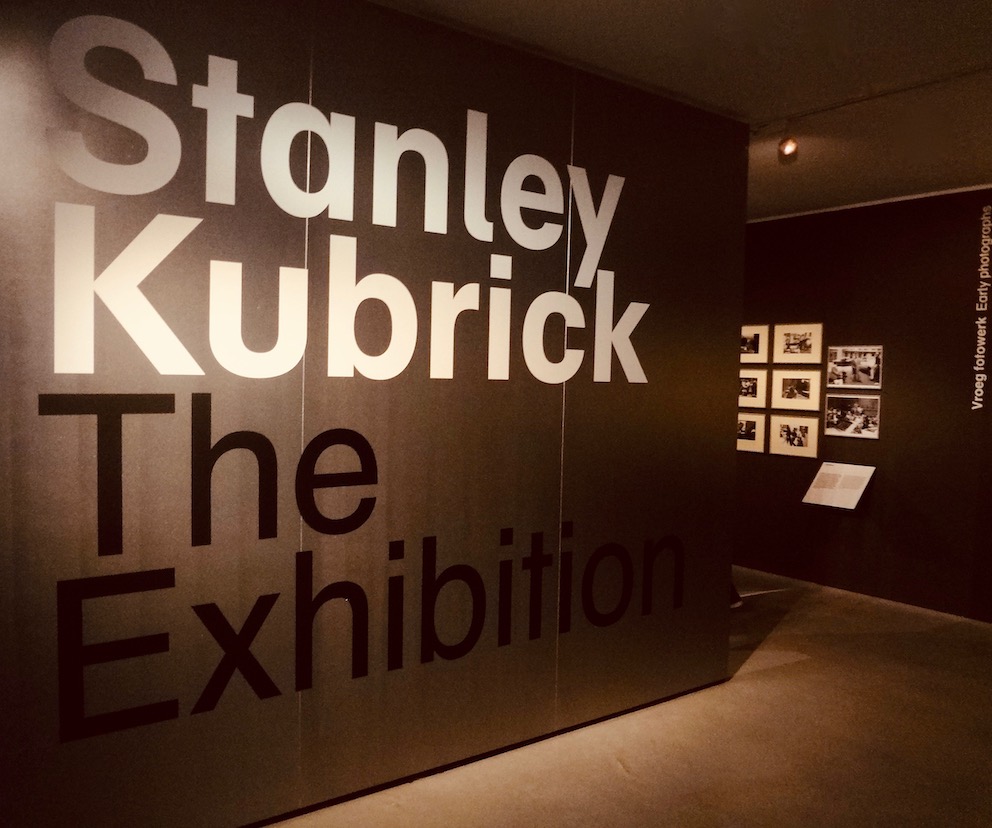 Even more exciting was that the museum had launched with a fantastic exhibition on the life’s work of Stanley Kubrick, one of the greatest directors of the modern age. Furthermore, Kubrick is one of my favourite filmmakers. 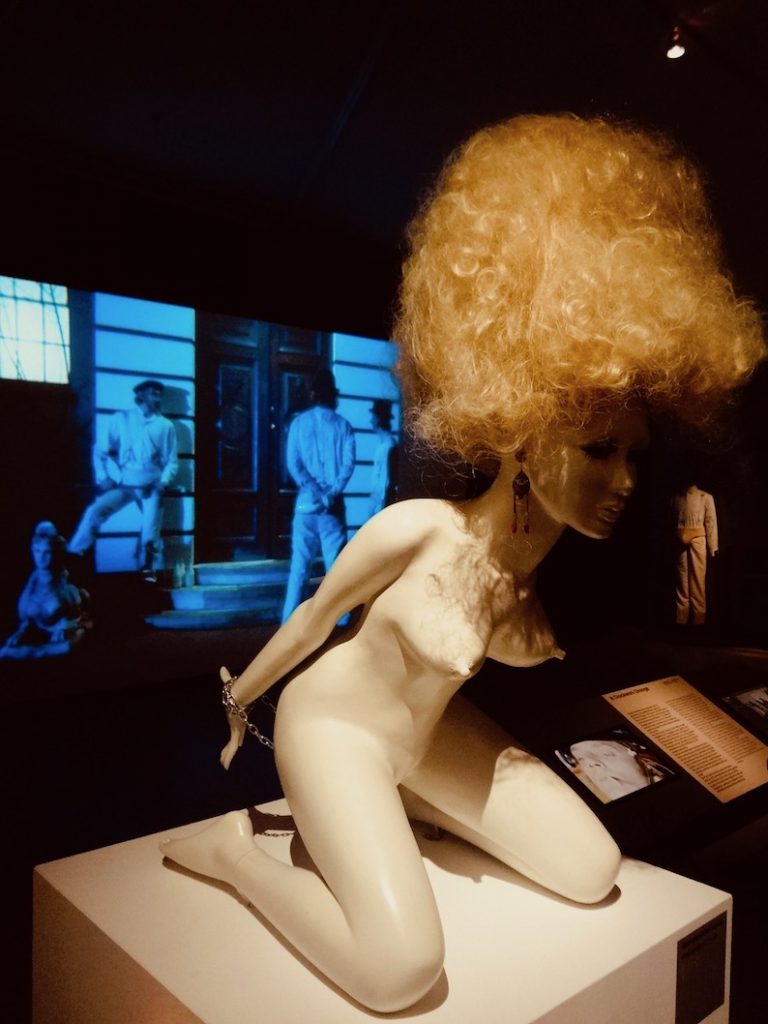 Stanley Kubrick The Exhibition walks visitors through the great man’s films, starting from his feature length debut Fear and Desire in 1953, right through to his final picture, 1999’s Eyes Wide Shut. 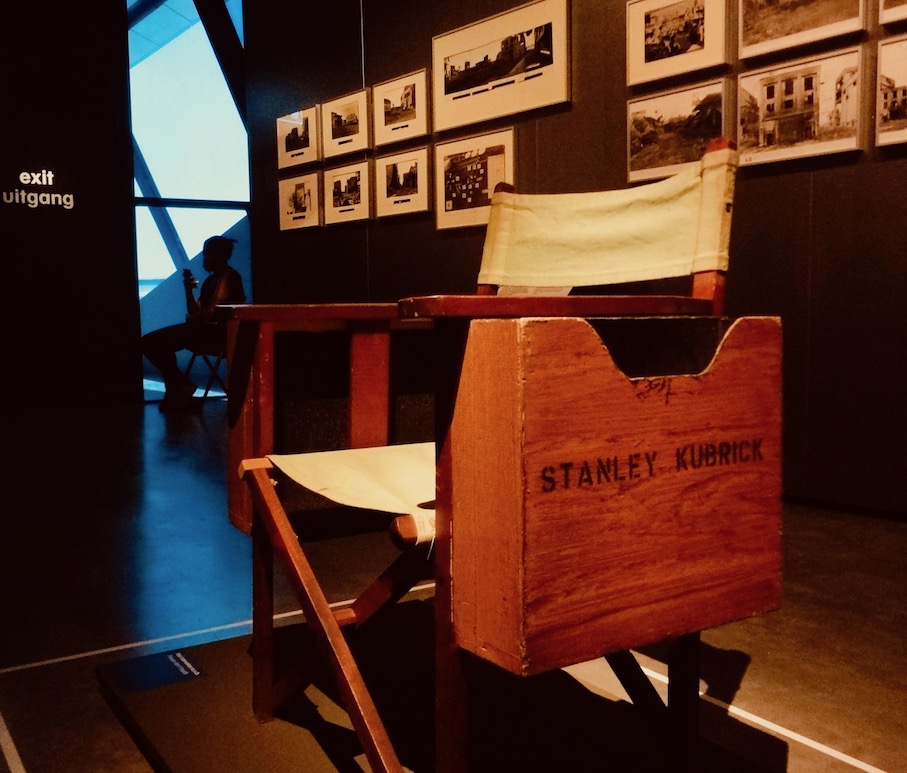 Dimly lit and hugely atmospheric, Stanley Kubrick The Exhibition is a treasure trove of photographs and personal items. They even had his actual director’s chair from 1957’s Paths of Glory. No, you can’t sit on it! The walls are plastered with photographs of Stanley, with a tonne of action shots on set. In contrast, you’ll also see some candid shots from his personal life. 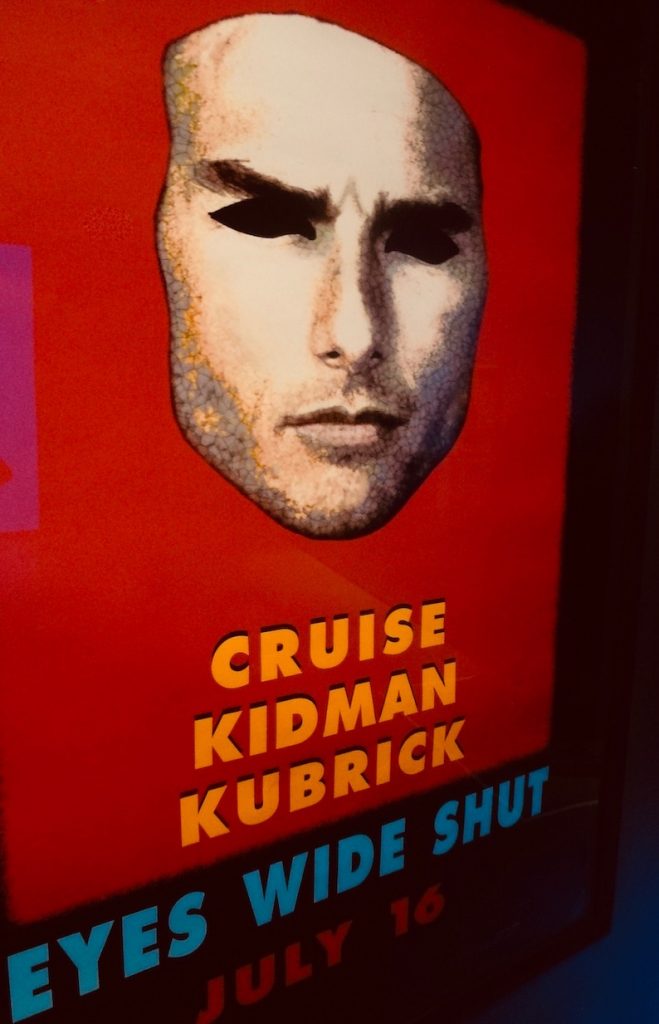 There are also a bunch of antique, limited edition movie posters scattered around the place. 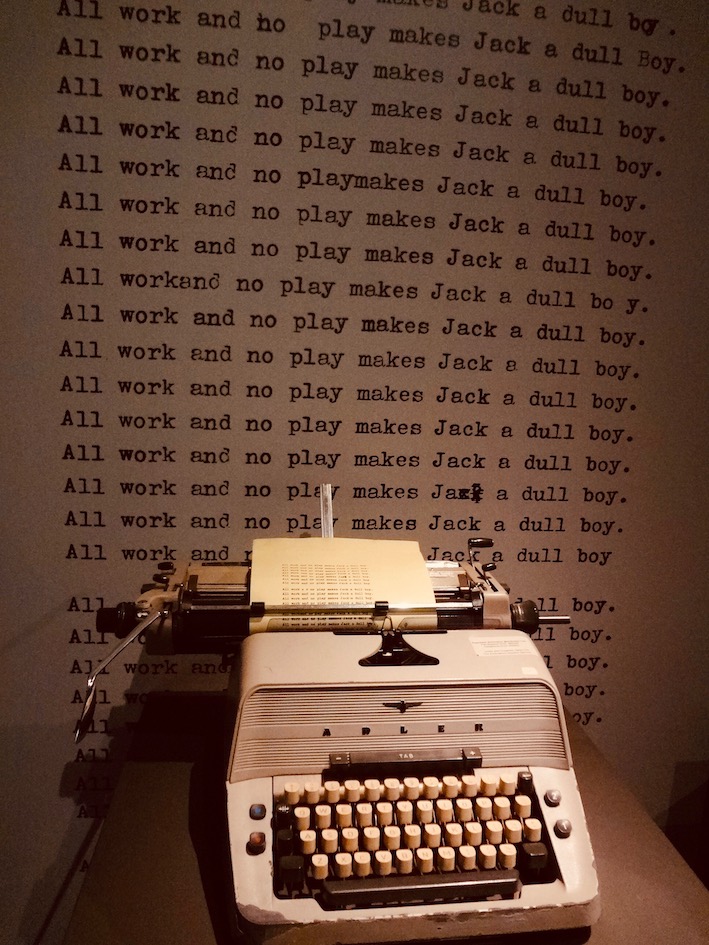 However, it’s almost certainly the exhibition’s amazing collection of props that elevates the Stanley Kubrick Exhibition from decent to great. Coming face to face with the typewriter from The Shining for example, was just awesome! 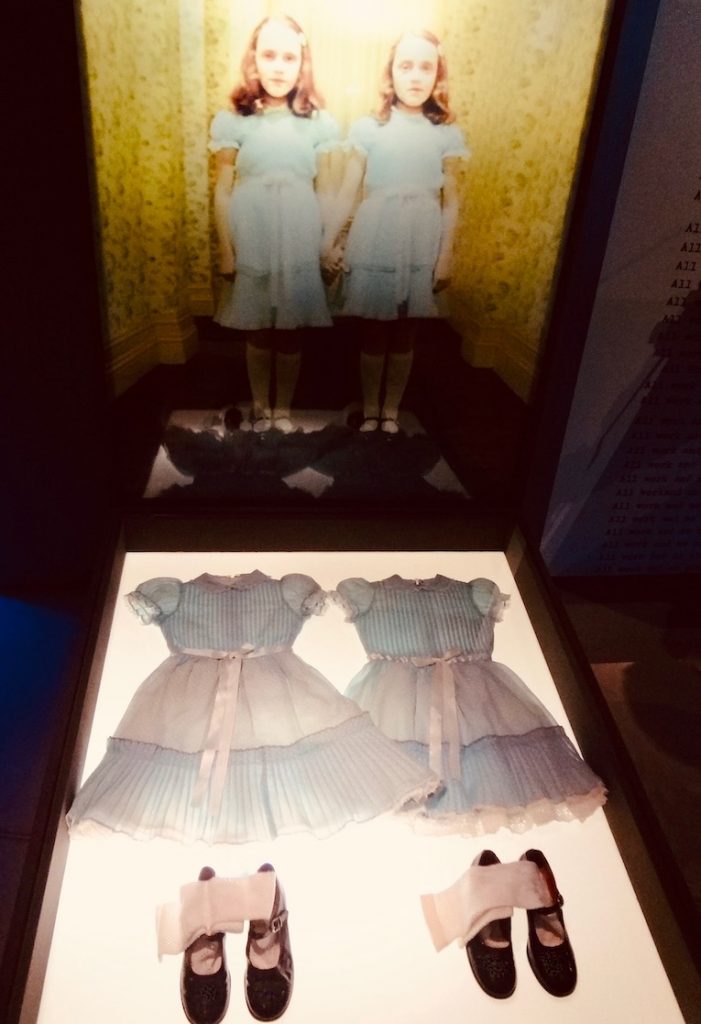 The Shining is easily my favourite Kubrick flick. So imagine my delight when I stumbled across the twins’ costumes. No kidding, I felt a little shudder just at the sight of them. “Come play with us Danny!”

The Stanley Kubrick Exhibition has proved incredibly popular. Consequently, it continues to travel the world and is heading to New York City’s Museum of the Moving Image from January 2020.

The EYE Film Institute in Amsterdam has hosted more fantastic exhibitions over the years on filmmakers such as Scorsese, Cronenberg and Fellini. To find out about their latest exhibition, along with costs and opening times, head to the official website.