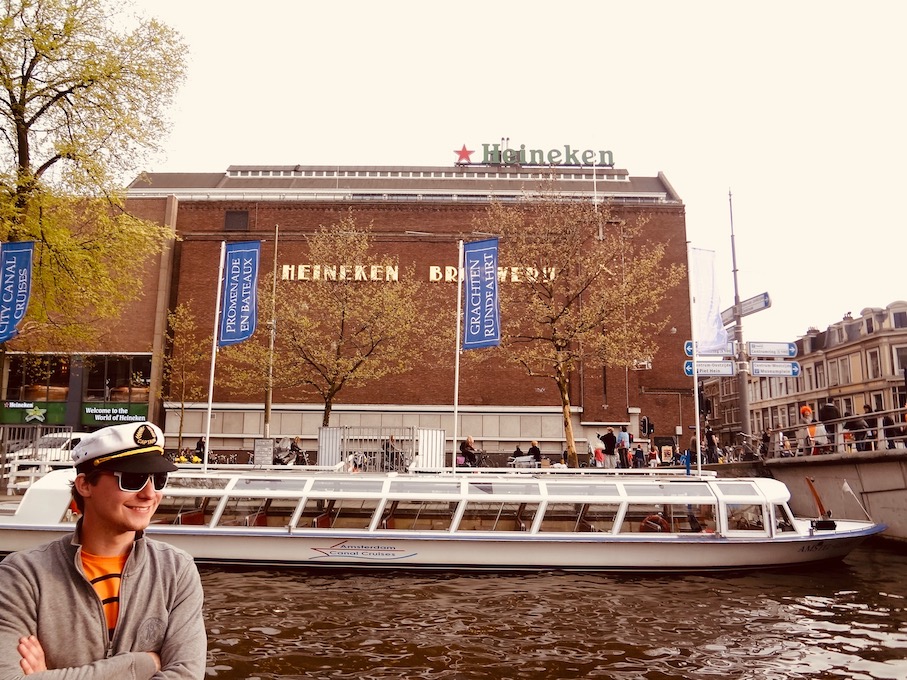 October 2010. You can’t miss the imposing form of the old Heineken Brewery in Amsterdam. Dating back to 1867, this striking brown brick building served as Heineken’s main production centre for over 120 years until it finally closed in 1988. Having relocated to a larger, more modern facility in Amsterdam’s outskirts, the original structure was subsequently turned into a museum, opening its doors in 1991. Today the museum is known as The Heineken Experience, an interactive exhibition centre that stands as one of Amsterdam’s most popular tourist attractions. 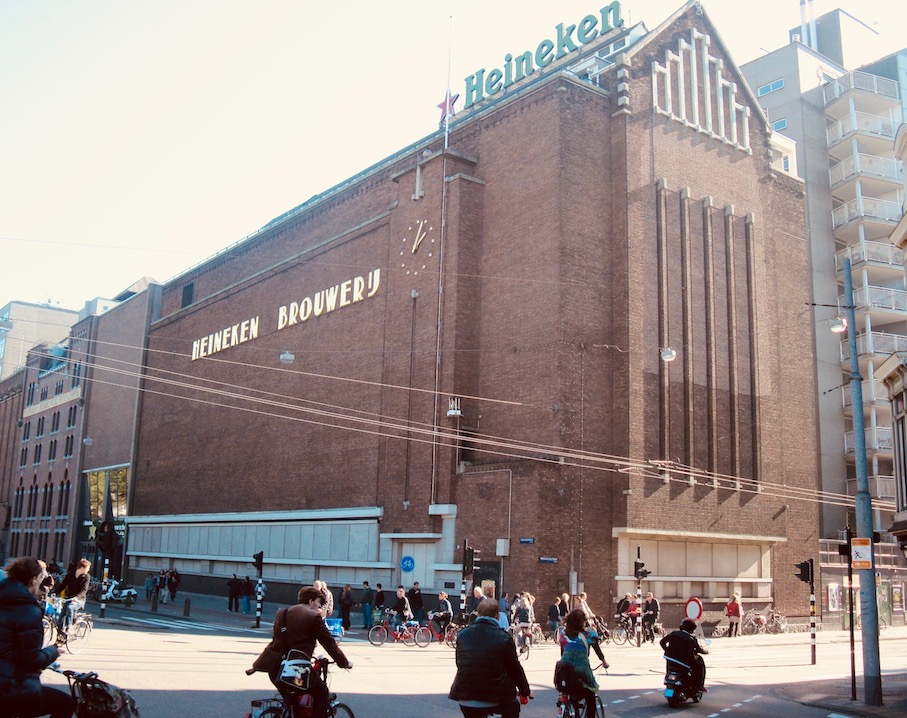 I must have cycled past the old brewery hundreds of times while I was living in Amsterdam. However, I’d never really felt moved to pay the place a visit. I guess I didn’t think of myself as a tourist and, in all honesty, I felt like they were taking the piss with their €15 entrance fee. 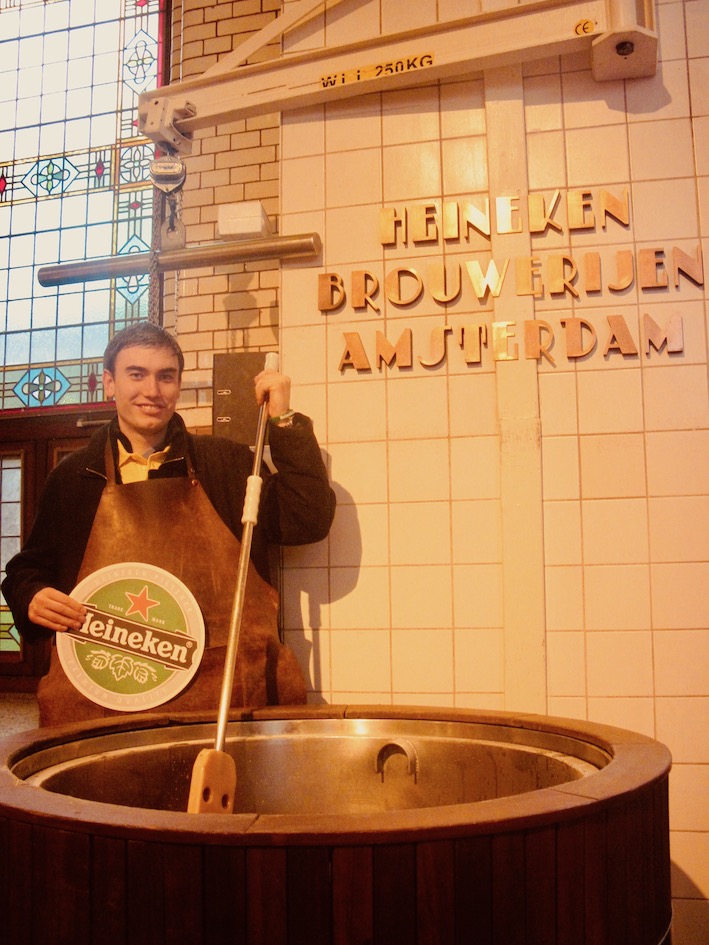 February 2011. But you know what, there’s certainly a time and a place for everything. Consequently, when my old friend Ad announced Amsterdam as the location for his stag weekend, I knew the stars had aligned. After all, what better bachelor party activity than a beer museum, right? Finally then it was time to see what kind of experience Heineken actually had to offer. 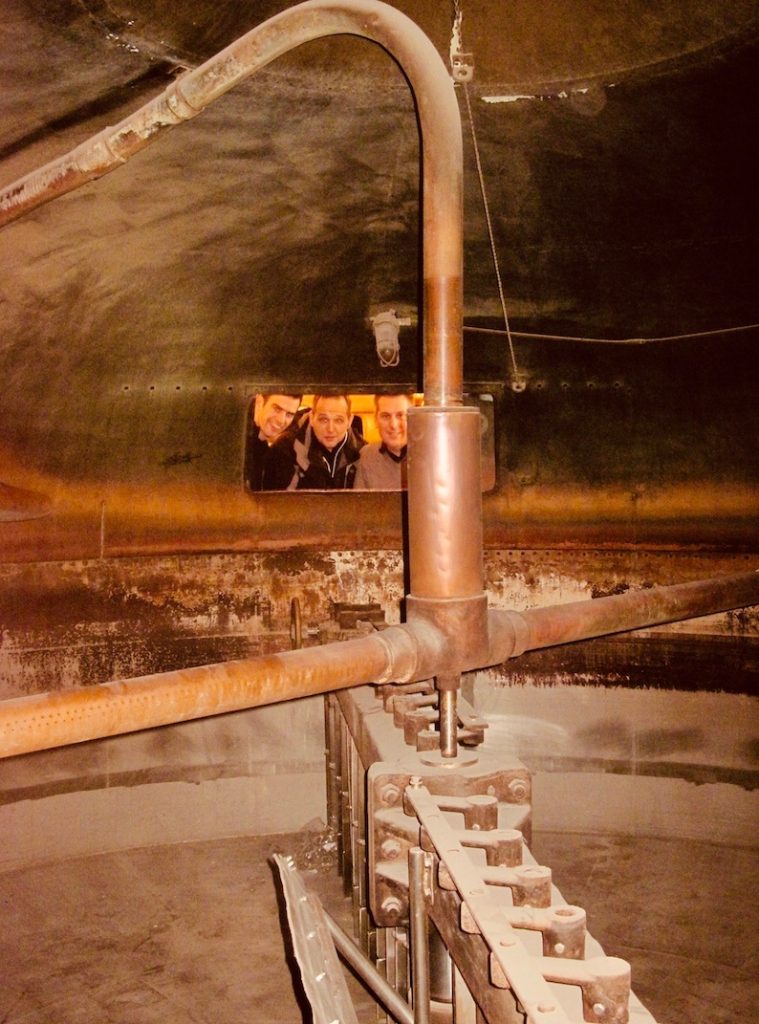 Embracing the kitsch factor, our merry crew embarked on a self-guided tour of the building that day. We passed through a display of antique bottles, a trophy room (probably the best Heineken trophy room in the world) and a remodelled section of the old factory featuring original brewing vats from the early 1900s. 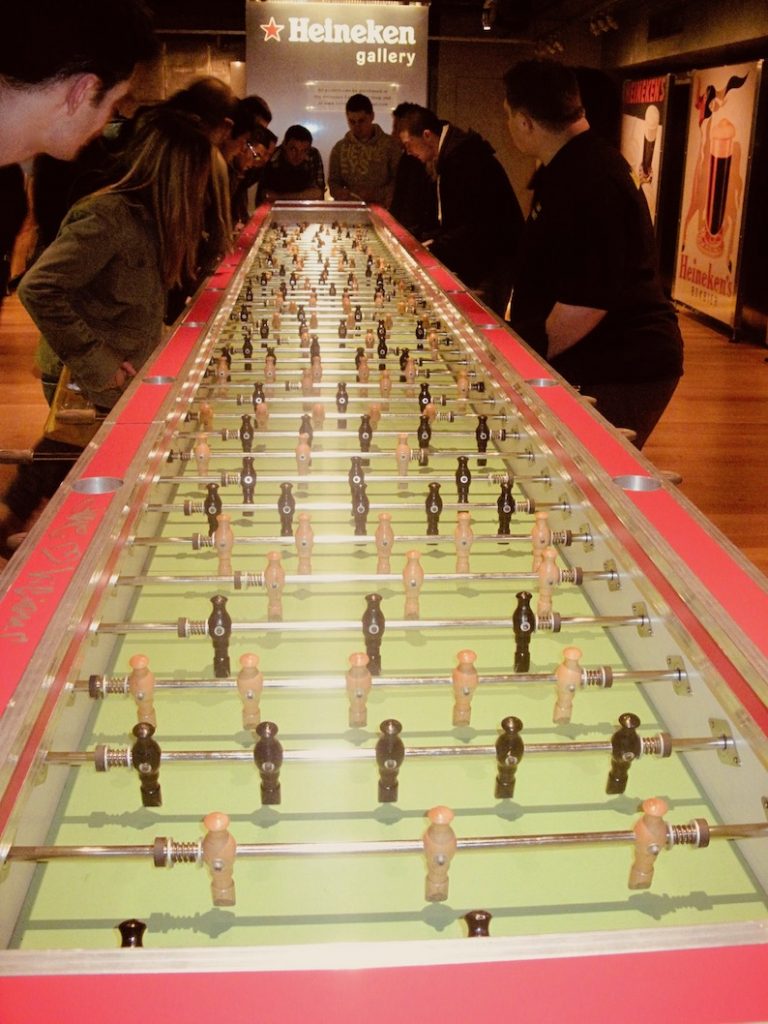 There’s also a flashy chamber of uncompromising orangeness commemorating Heineken’s association with the national football team. Furthermore, visitors can grab a free knob at this giant table football game. Apparently it’s the longest one in The Netherlands! 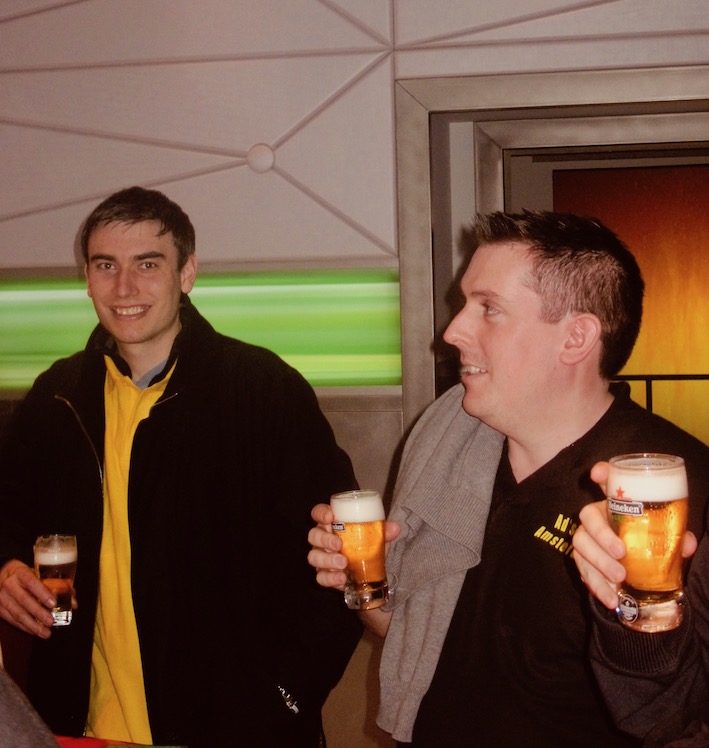 Grab a beer at The Heineken Experience.

Elsewhere, a short film in the movie theatre places you literally among the bubbles and part of the brewing process. And let’s not forget the actual beer tasting! At the time of my visit you got a free pintje (half pint) with your ticket. 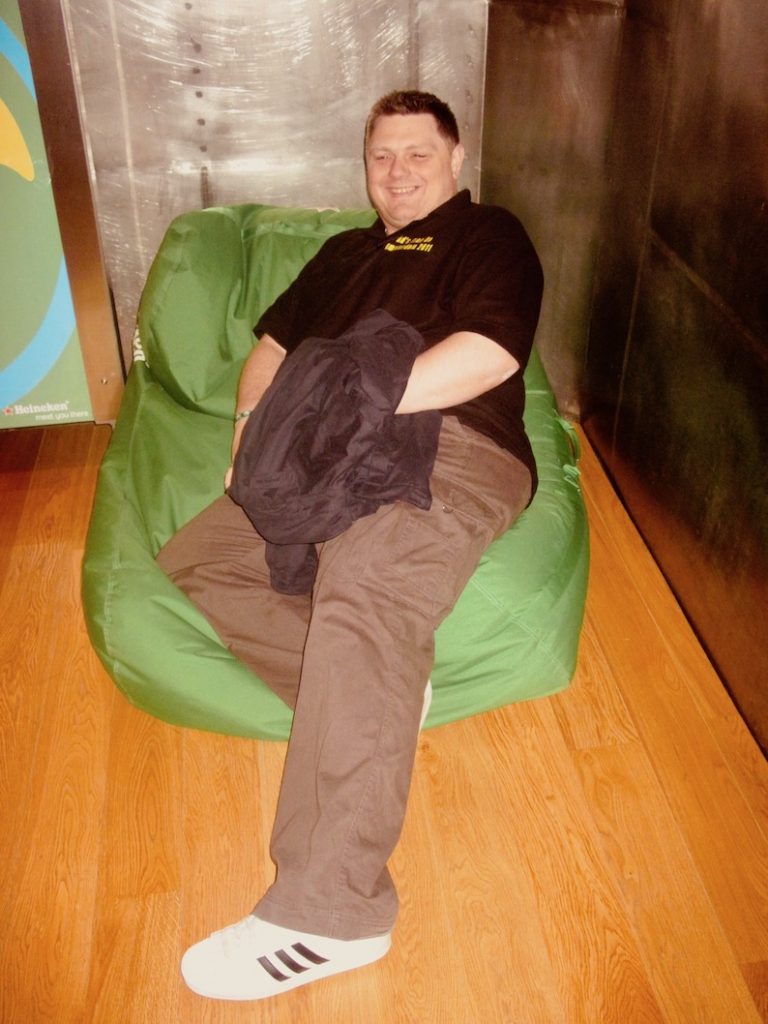 Take a load off, Heineken style.

Should you find the beer going straight to your head, fear not, Heineken has you covered with a handful of bean bags to collapse onto. They’re pretty comfortable, so don’t be surprised to see people taking a power nap! 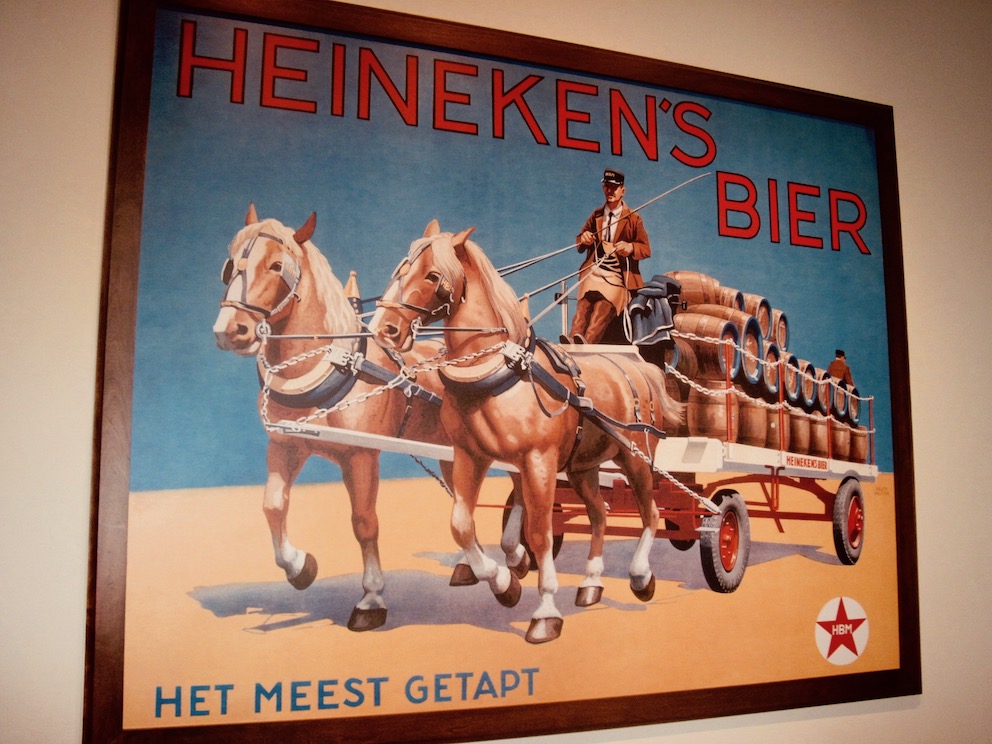 I really liked the collection of historical promo posters dating back to the late 1800s. And of course they don’t miss a trick in making prints available for purchase in the gift shop. Overall, I’d say The Heineken Experience is a fun day out if you can allow yourself to get into the swing of things. Not an essential city stop by any means, but well worth squeezing in on your way in between other city sights. Similarly, it’s a good activity to keep in your back pocket for a rainy day.