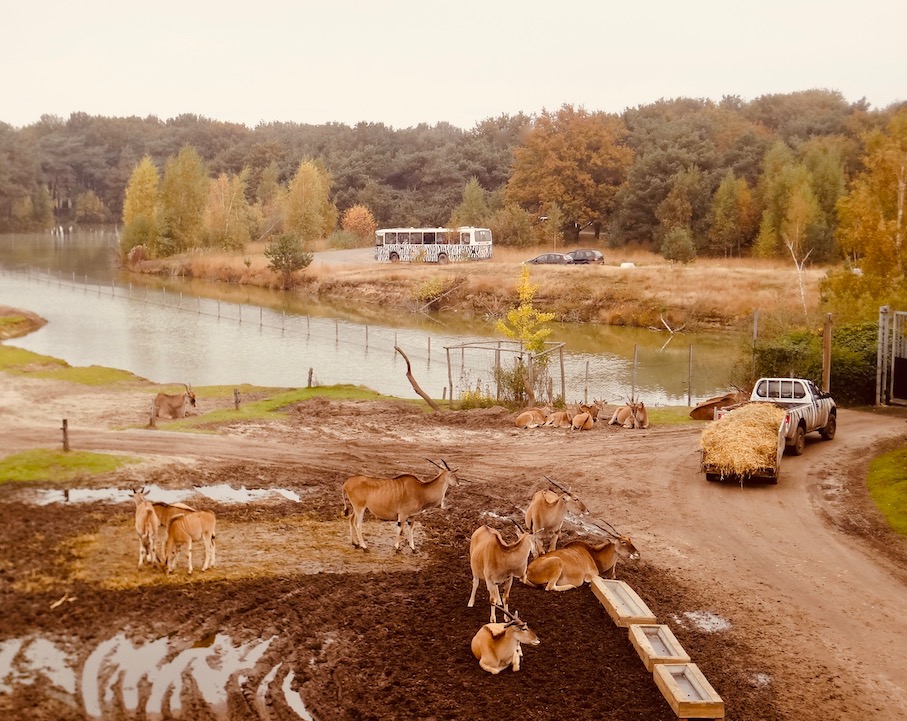 October 2012. Anyone looking for an African style safari experience almost certainly wouldn’t think of The Netherlands! And yet Beekse Bergen Safari Park, located in the south of the country in Brabant Province, offers just the opportunity! This unusual wildlife complex opened its doors in 1968 and was designed by an English circus showman, Jimmy Chipperfield. Back in those early days it was little more than a small lion enclosure next to a pond! 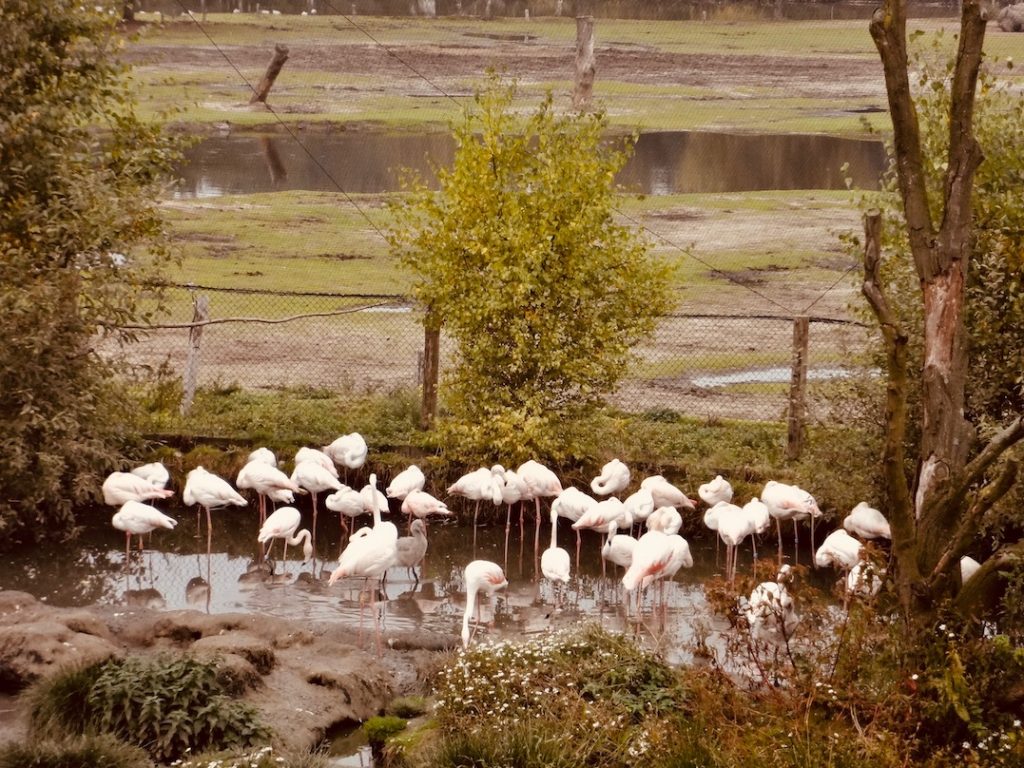 It wasn’t until the 1970s that Beekse Bergen began rapidly expanding with a wider range of animals. Nowadays, there are over 1250 creatures here and it’s become the largest wildlife park in the Benelux region. 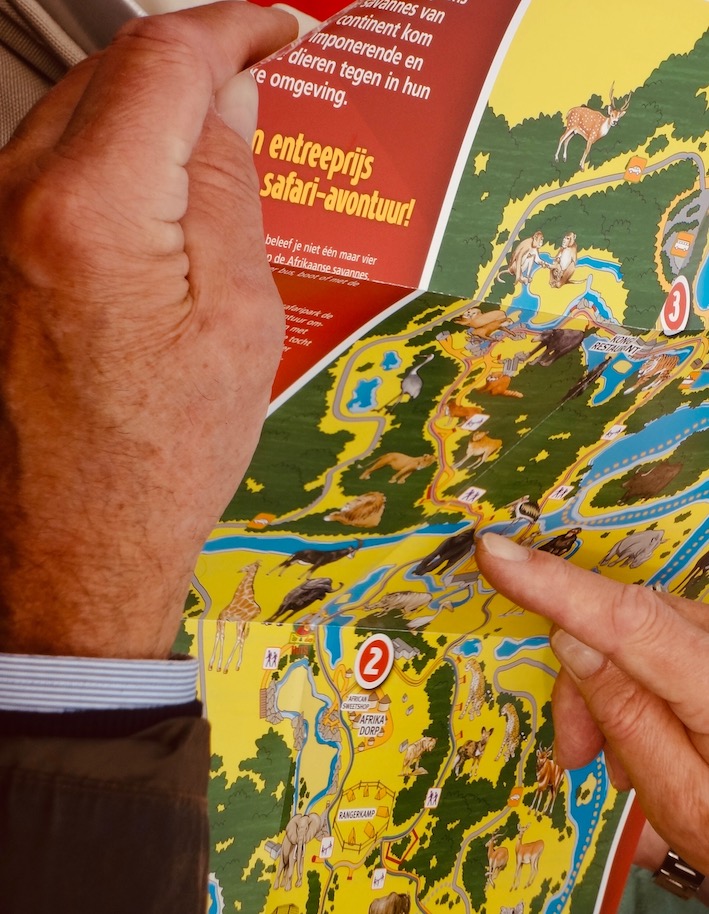 There are all kinds of ways to tour the park. In typical safari style, visitors can drive themselves around on marked roads. Alternatively, you can take a 45 minute electric bus tour in a zebra striped vehicle. Expect to meet camels, zebras, ostriches, rhinos, cheetahs, giraffes, buffalos and lions along the way. 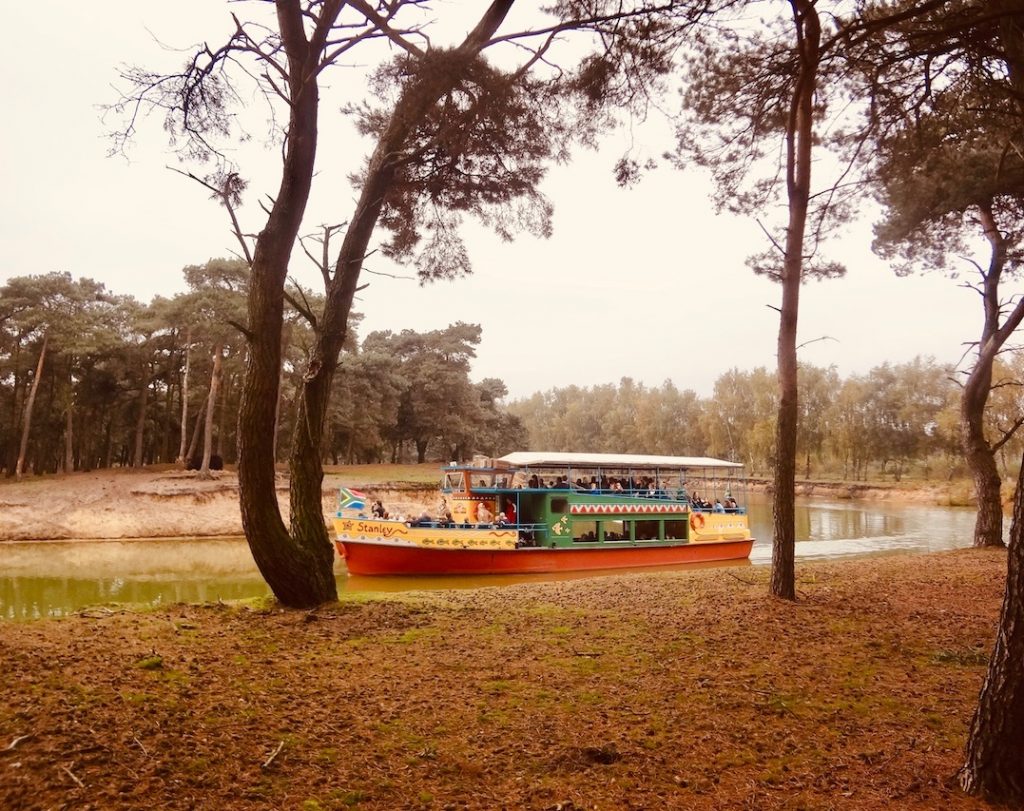 However, the most interesting way to get around is surely by Boat Safari. There are thirty minute cruises available aboard either the Livingston or Stanley vessels. Available from March to November, this is also the best option to get close to the park’s mischievous monkey population. 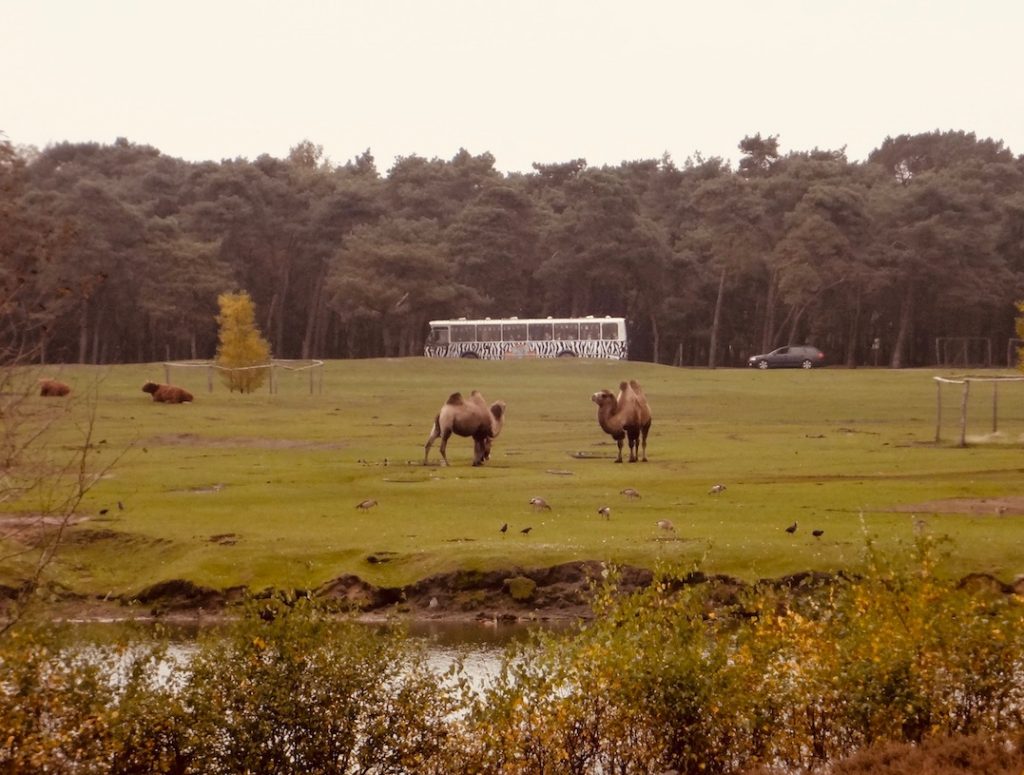 Tour the park by bus!

I discovered the place on foot via five kilometres of walking trails and nature paths. I should probably come clean and admit right away that I’m not a fan of zoos. Similarly, Beekse Bergen was my first safari experience. However, in contrast to my initially low expectations, I actually found myself quite impressed! Firstly, I liked the fact that the park has open savannahs where the animals are free to roam. 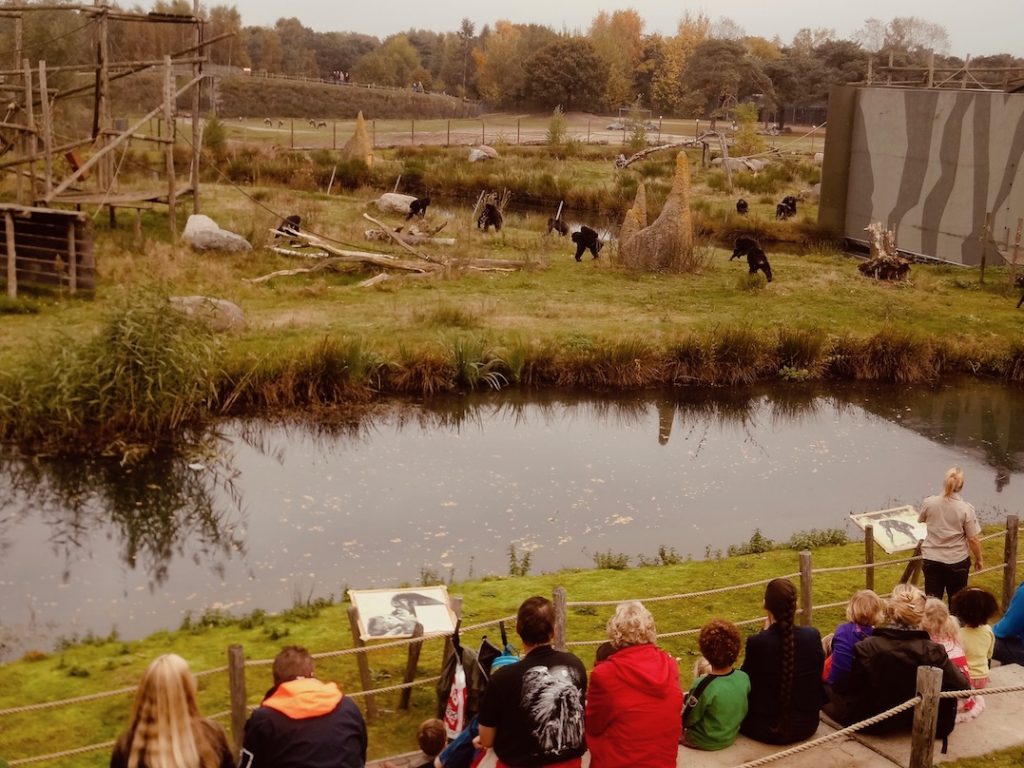 Secondly, I found Beekse Bergen’s open land policy easy on the eye. After all, there are no ugly cages and fencing is kept to a minimum. One of the first things I stumbled across was this gorilla enclosure. A park ranger is usually on hand to greet visitors, hence you get plenty of insight into who the animals are and how they got here. 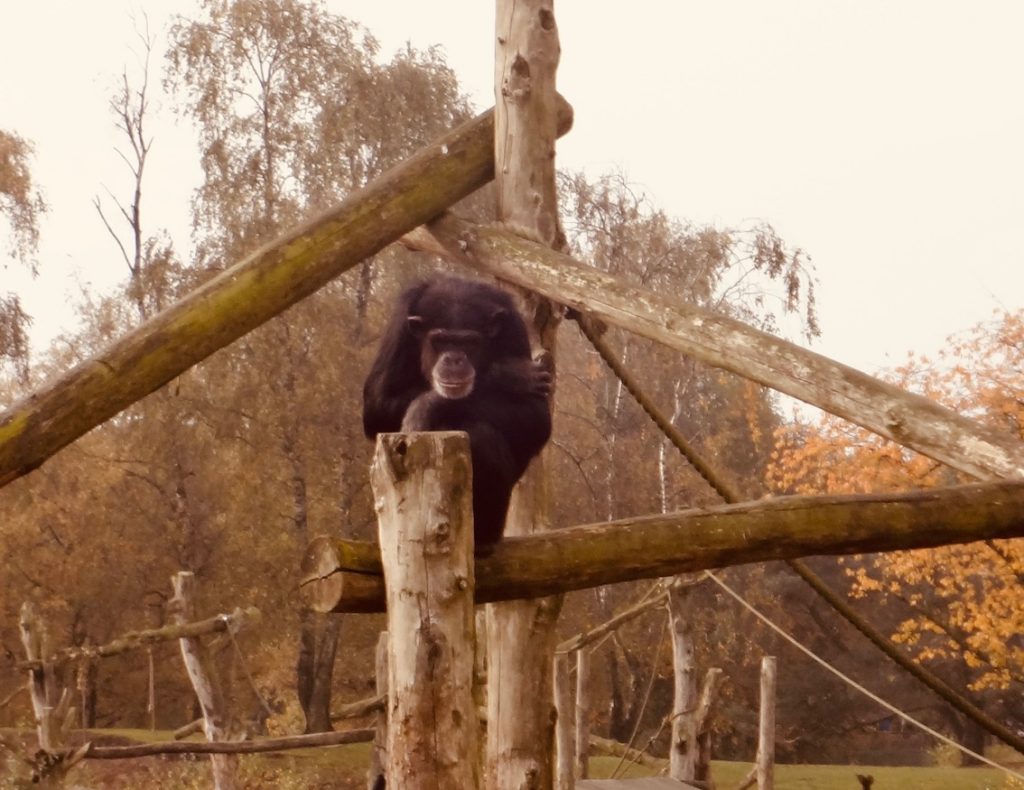 A gorilla at Beekse Bergen.

In the 1990s Beekse Bergen established a number of national research centres. It also teamed up with a few Euro­pean Endan­gered Species pro­grammes. Consequently, four endangered male Western Lowland Gorillas arrived in 2006 in the hope of encouraging mating. Finally, after years of work, the first baby gorilla was born here in May 2019. The mother is Kisiwa, a long term resident who gave birth after a closely monitored eight and a half month pregnancy. 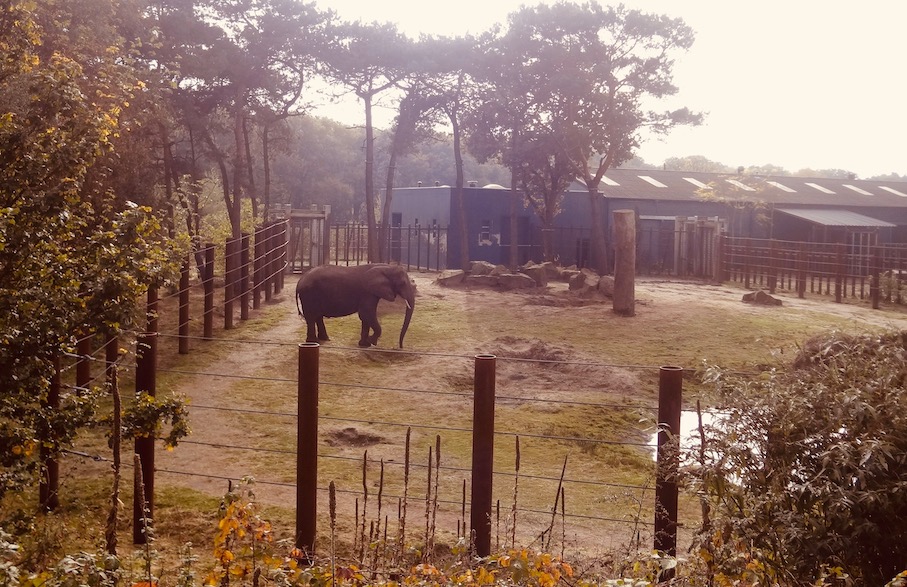 Beekse Bergen also has a small group of endangered African elephants. This one was taking some time out at a medical enclosure to receive treatment. 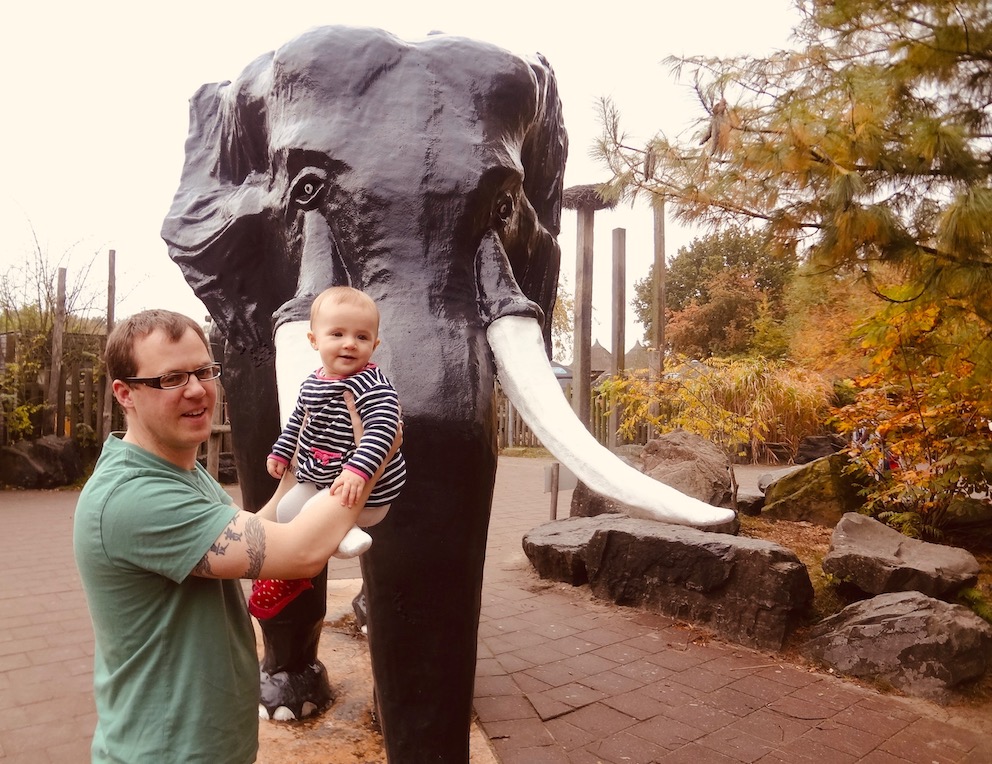 Beekse Bergen Safari Park is a family oriented wildlife centre. Entry for kids up to three years old is free and they have an adventure play park. Furthermore, most animal enclosures offer the chance to get involved during feeding times. The park has a bunch of accommodation options tempting visitors to “Sleep among the wildlife”. Choose from luxury lodges, mid-range jungle bungalows and a range of budget camping options. 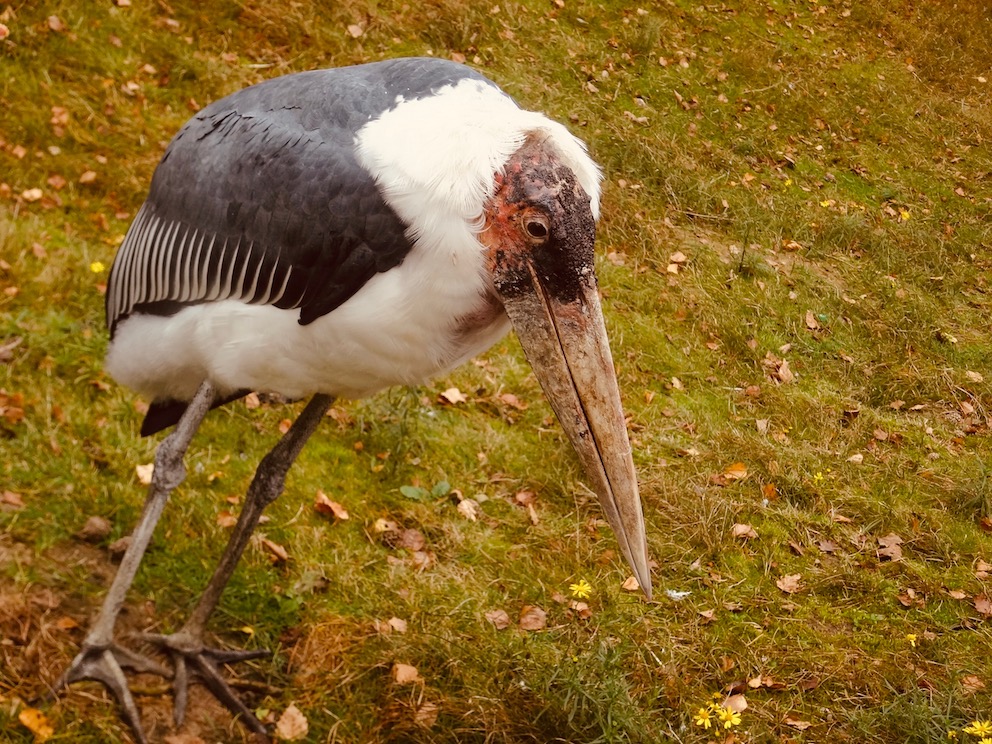 For more on Beekse Bergen Safari Park, head to the official website.

Like this? Take a peek at my other reports from all around The Netherlands.