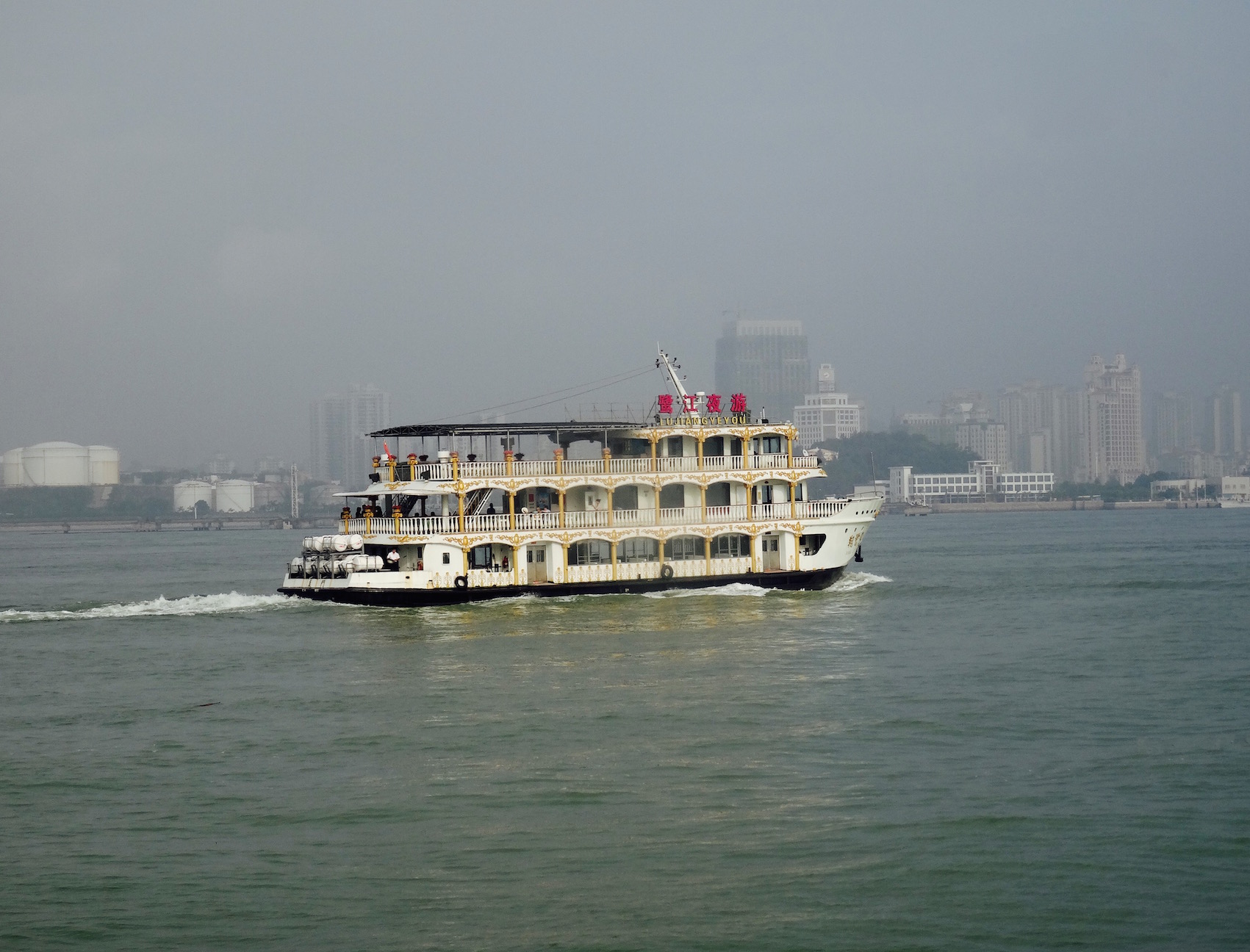 August 2017. As amazing as the Chinese city of Xiamen is, the real inspiration for my trip to Fujian Province was the prospect of a visit to Gulangyu Island. Reached via a fifteen-minute ferry ride from Xiamen International Passenger Terminal, I was horribly unprepared for what a battle it would be to get onto one of the hourly boats! Actually, the behaviour I witnessed in the ticket office queue was one of the most distasteful from all my Chinese adventures. Anyone even a little familiar with Chinese culture will know exactly what I’m talking about! However, in the interests of keeping this article as positive as possible, let’s jump straight in with a look at some Cool Spots Around Gulangyu. 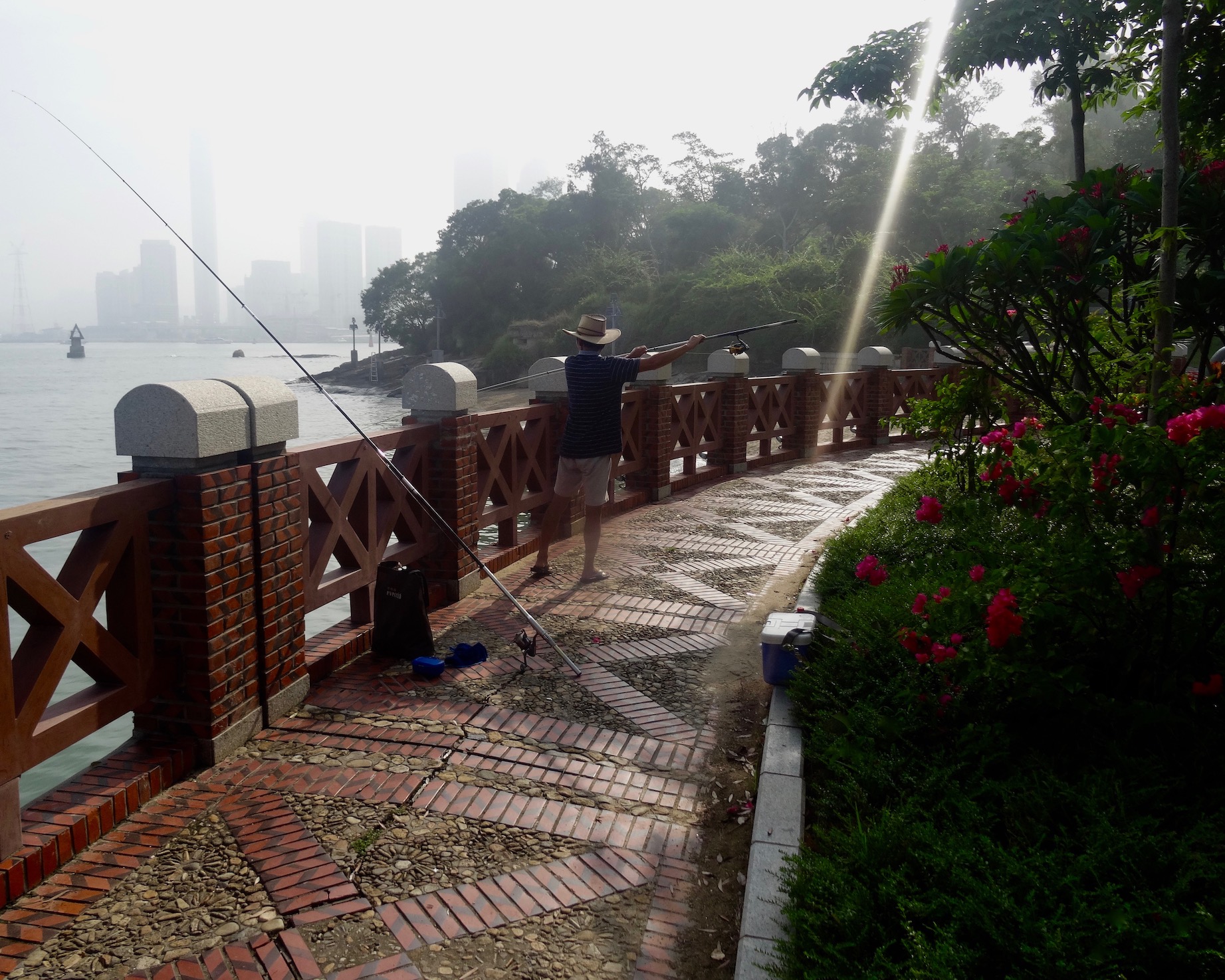 Bypassing the large gathering of shouty hotel touts, I resolved to hang back for a minute and see where the noisy masses were heading. Once this became clear I promptly headed off in the opposite direction! Consequently, it was just a few minutes before I was alone on the waterside path with its wooden fence, rose bushes and expansive sea views. Sometime later I came across this fisherman. At first I thought he might be a mirage, what with the morning haze and slanting spears of shape shifting sunlight. But then he turned and unloaded a mouthful of spit on the floor and I thought Yup, he’s real alright! 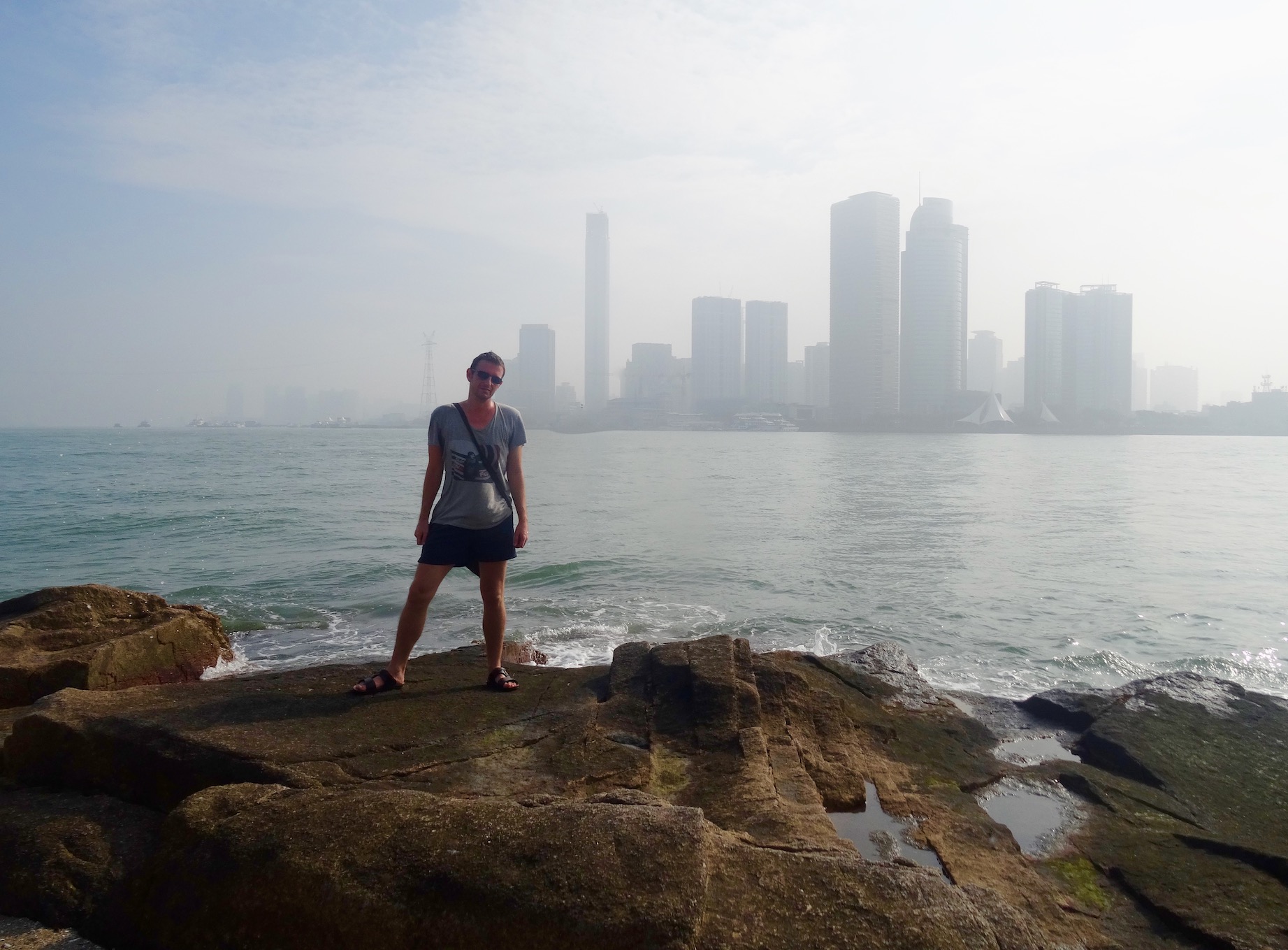 Working my way around the island’s eastern edge, I dipped out of the path here and there to check out a number of tiny, rocky beaches. This one was the pick of the bunch, its modest platform serving as the perfect photo point. Naturally there was a girl taking a million and one selfies. But at least she was happy to stop and take one of me. Probably hoping that it would get rid of me. How disappointed she must have been. 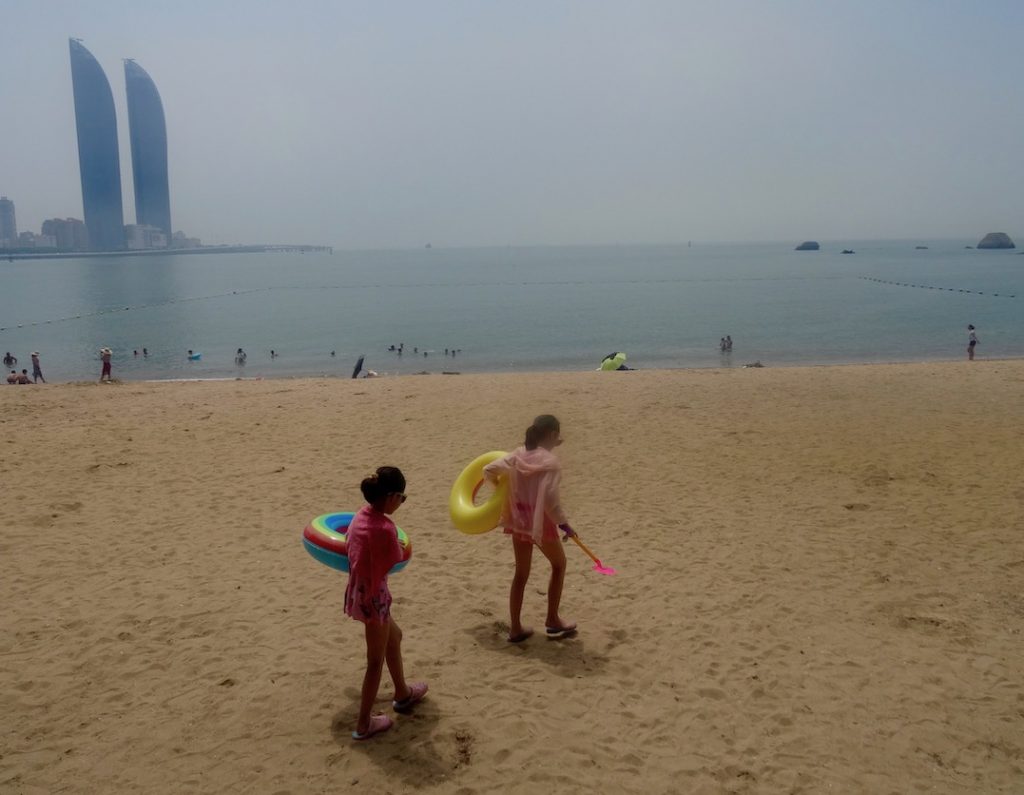 A little further down there was an actual swimming beach, with a roped off section showing how far you could go out. 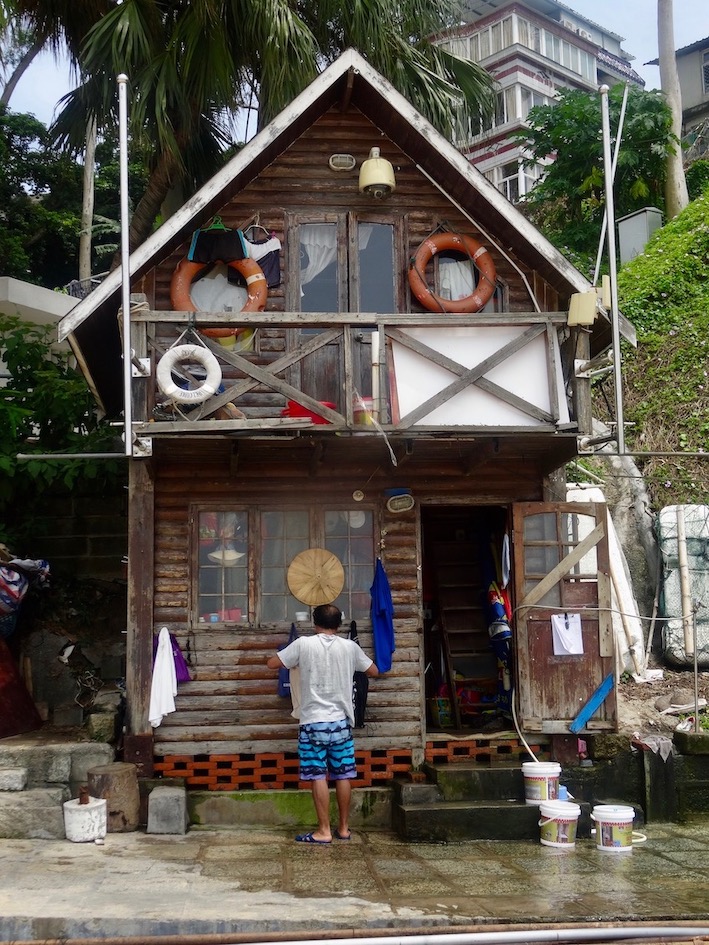 Moreover, I loved the cute little wooden lifeguard hut where an old Chinese dude keeps watch over his flock of armband wearing non-swimmers. 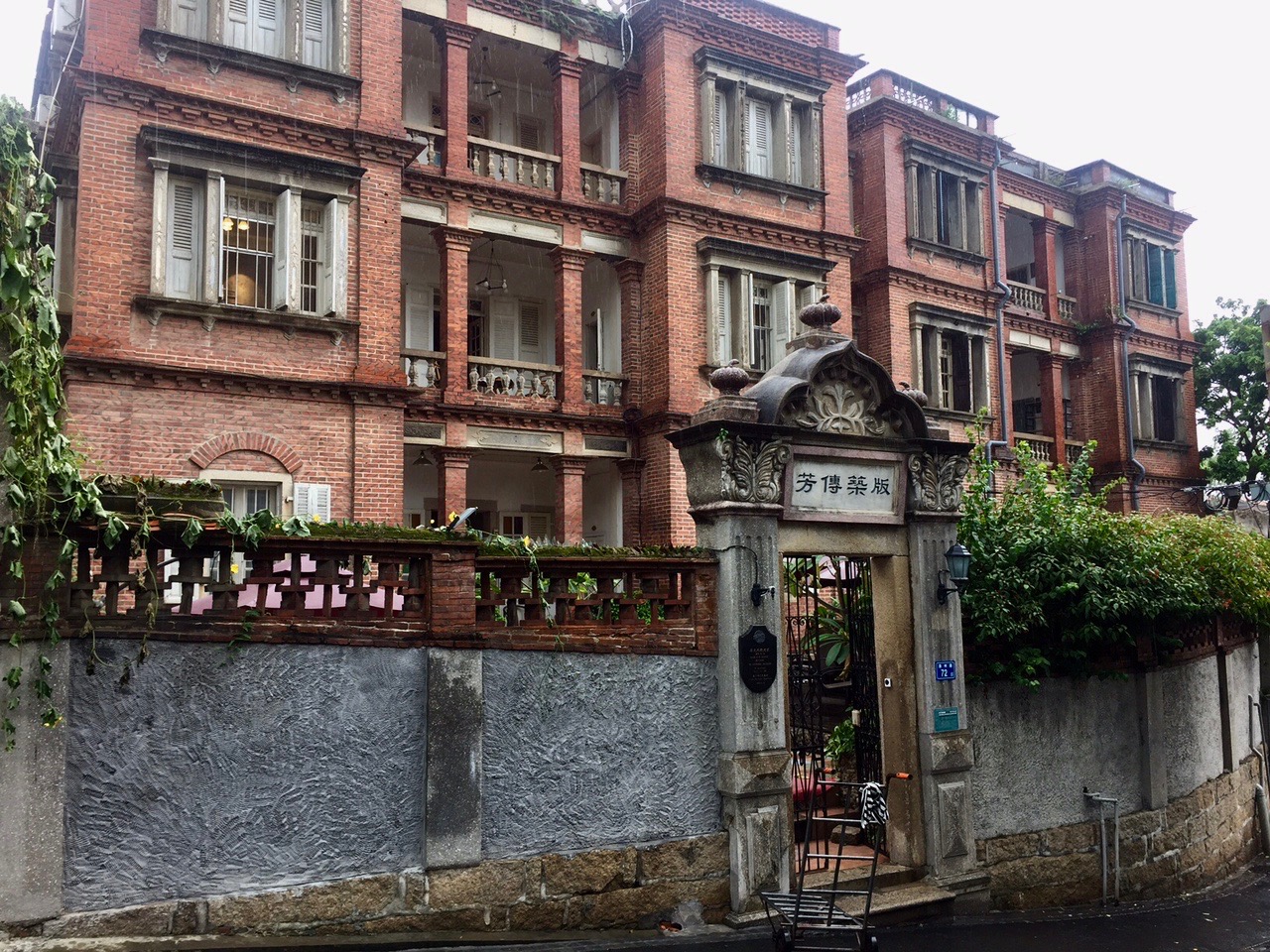 What sets Gulangyu apart from other Chinese islands is its fascinating colonial history. After China’s loss in the First Opium War, the city of Xiamen became a treaty port. As a result, Gulangyu became an informal international territory. Military workers, merchants and government officials subsequently settled here from all over the word, including The Netherlands, France, Germany and The U.S. 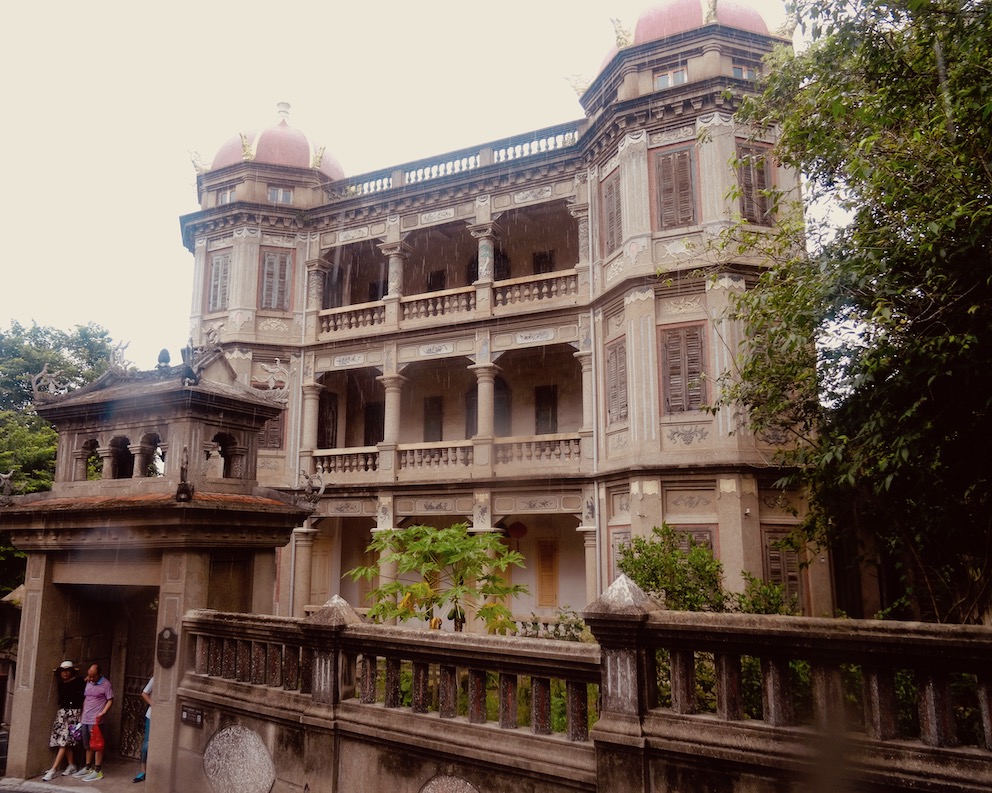 The British also played a key role in the island’s transformation, opening an embassy and appointing Indian policemen to keep order. During The Second World War, Gulangyu fell under Japanese occupation. Today you can see European style churches, Victorian mansions, former consulates and grand old hotels renovated from former hospitals. Many of these buildings have a little plaque at the entrance gate. 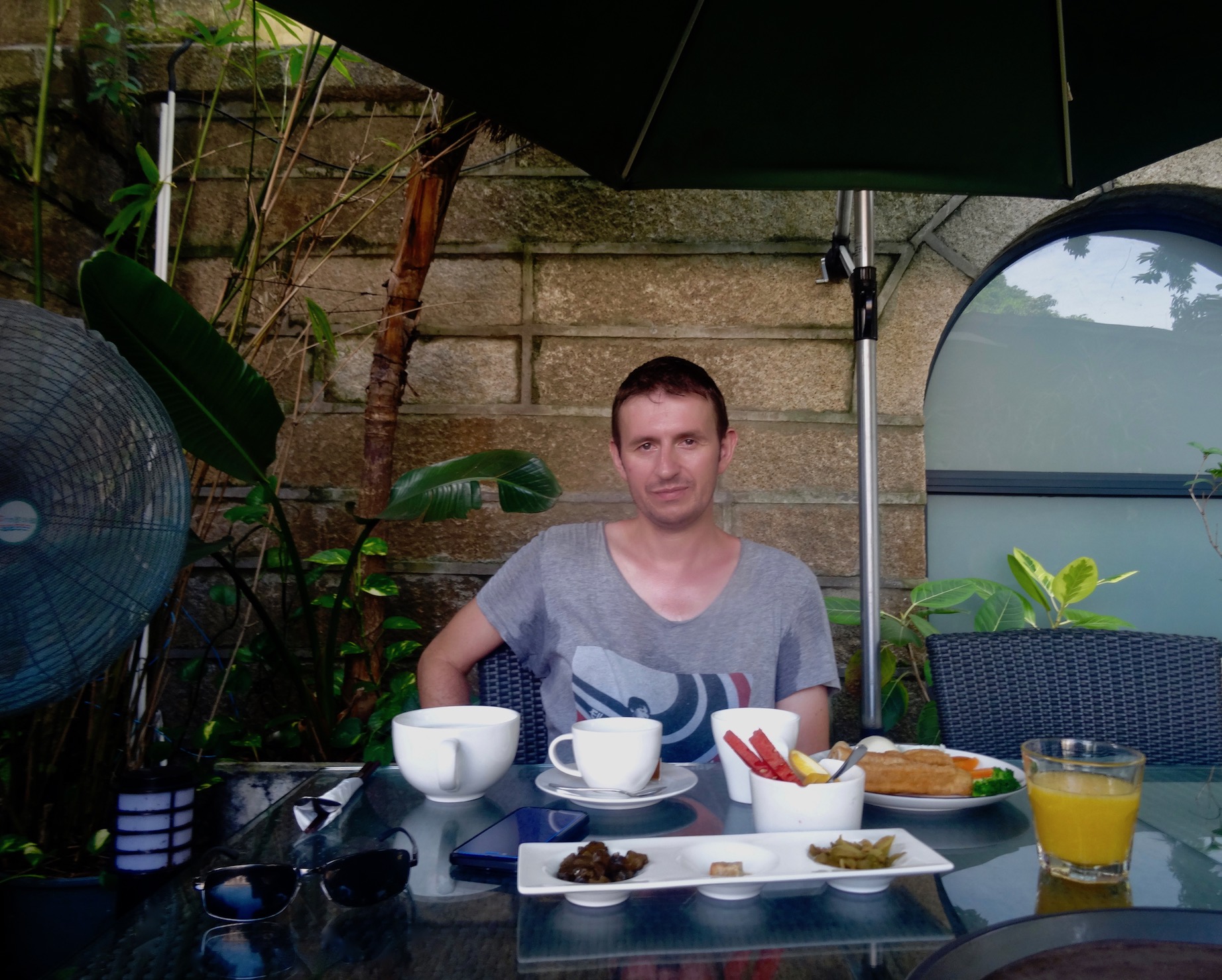 For a classic Gulangyu experience, make time for a lazy breakfast at one of the island’s gorgeous colonial hotels. The place I stopped at had a large stone courtyard with a sleeping cat, scattered rocking chairs and gigantic plants. I have no idea what it was called, the entire place was Chinese language only. In any case I still managed to muddle through and order, despite the language barrier. Above all the breakfast was decent, a curious mix of fruit, porridge, eggs, sausage, pastry and pickles. 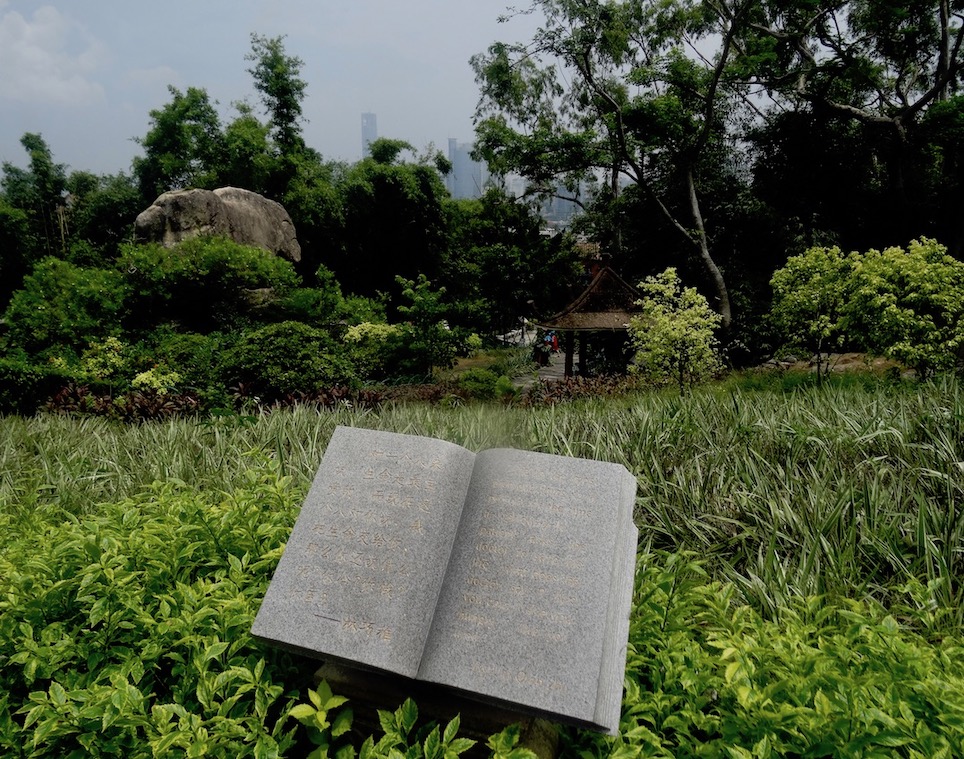 There are a few sculpture parks dotted around Gulangyu. However, with no English captions whatsoever, I had no idea what I was looking at. So I decided to just breathe in the vibe and enjoy it for what it is. 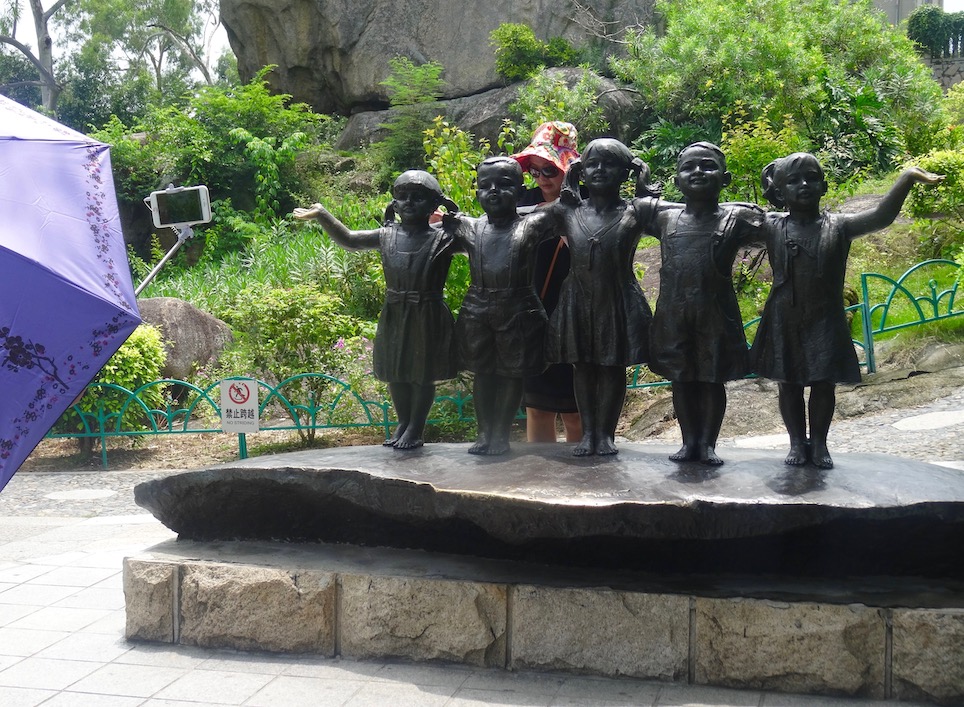 It was a burning hot afternoon at this point. This woman struggled to take a shot of her friend whilst obviously not wanting to let go of her umbrella for even a second. The Chinese are petrified of the sun, look how her selfie stick juts out of the umbrella!