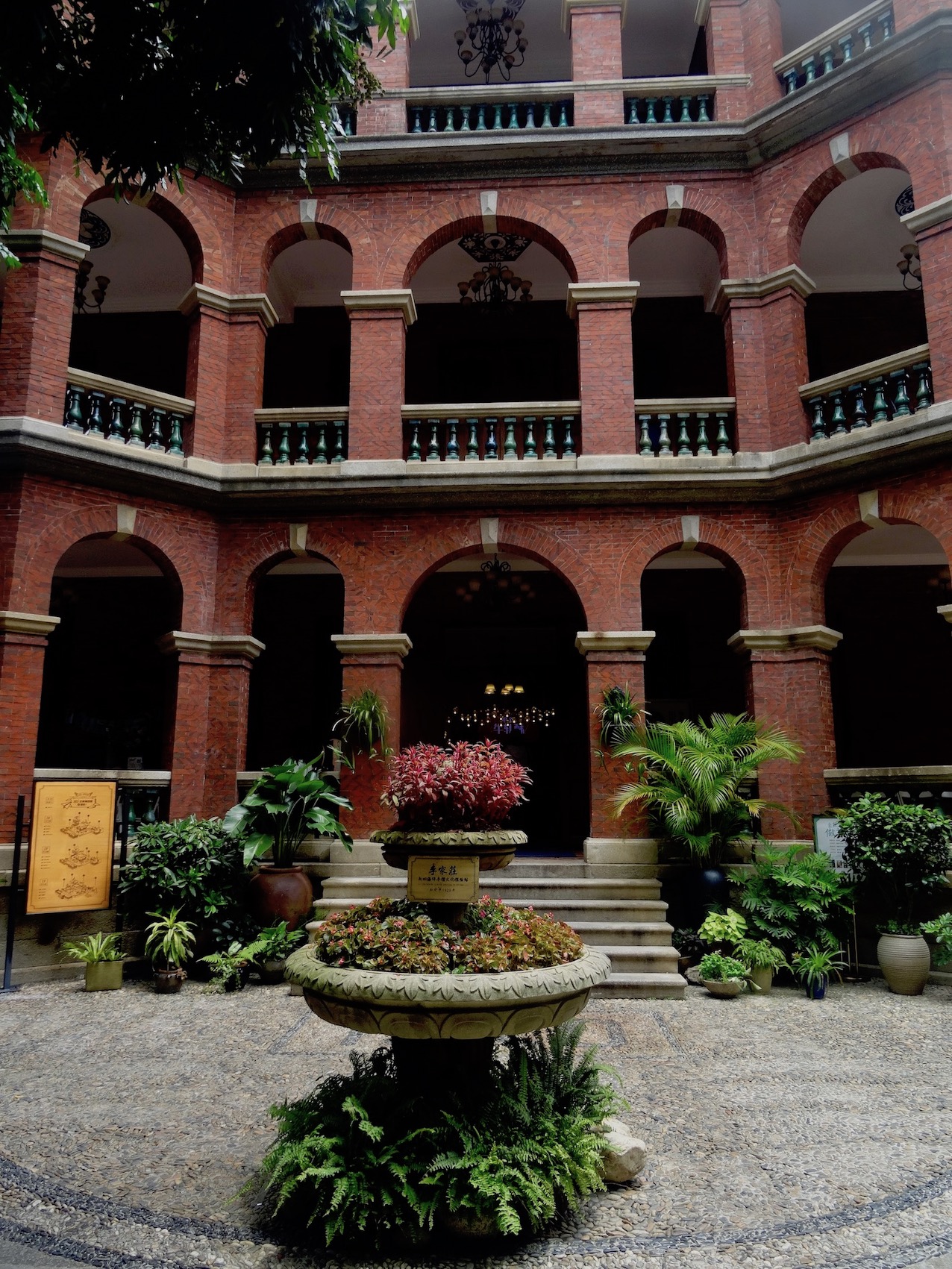 August 2017. Many of Gulangyu Island’s grand colonial buildings are now home to shops, restaurants and luxury boutiques. Whilst I have very little interest in shopping, it was still cool to duck into some of these amazing buildings and check out the courtyards and architecture. One of the coolest structures is the huge four-storey Lee House, a listed Xiamen Municipal Government Building dating back to the 1920s. Today it’s home to the Chinese retail company ‘Sincere Co’. 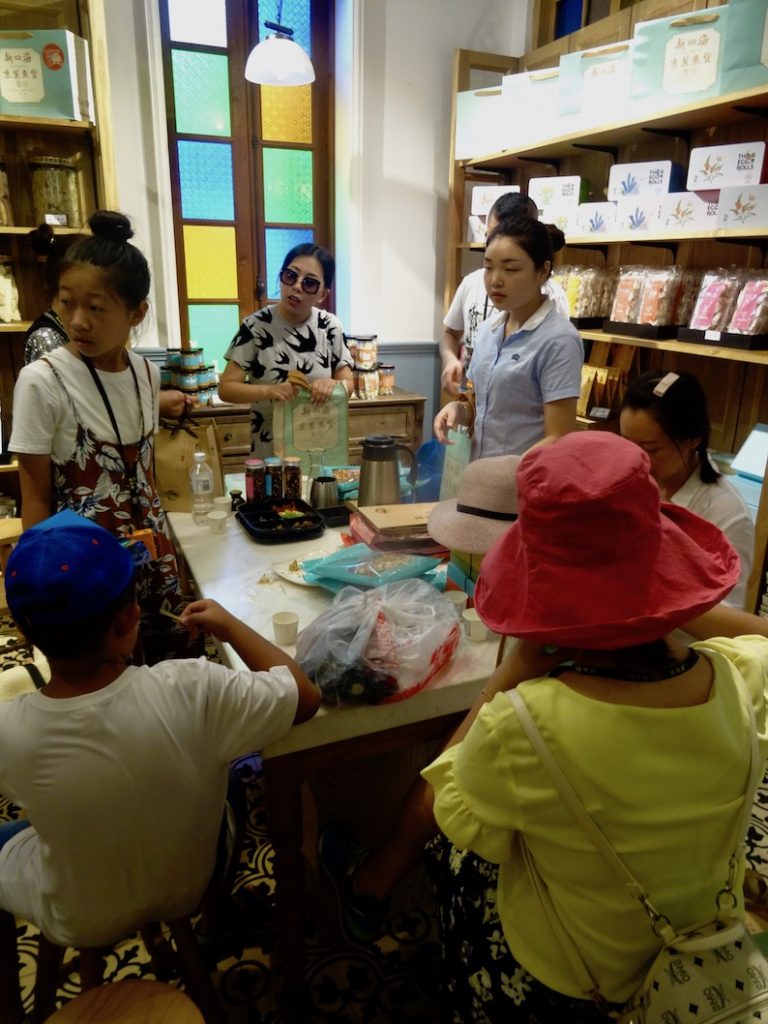 Just head right up the entrance steps and through the ground floor archways to experience mass Chinese tourism in all its madness. You’ll be met by table upon table of tour groups sampling high end tea, cake and dried fruit. Each table has its own assigned saleswoman, equipped with a clipboard, walkie-talkie and microphone. It’s an unnecessarily noisy affair and the mantra is certainly clear: Sell! Sell! Sell! 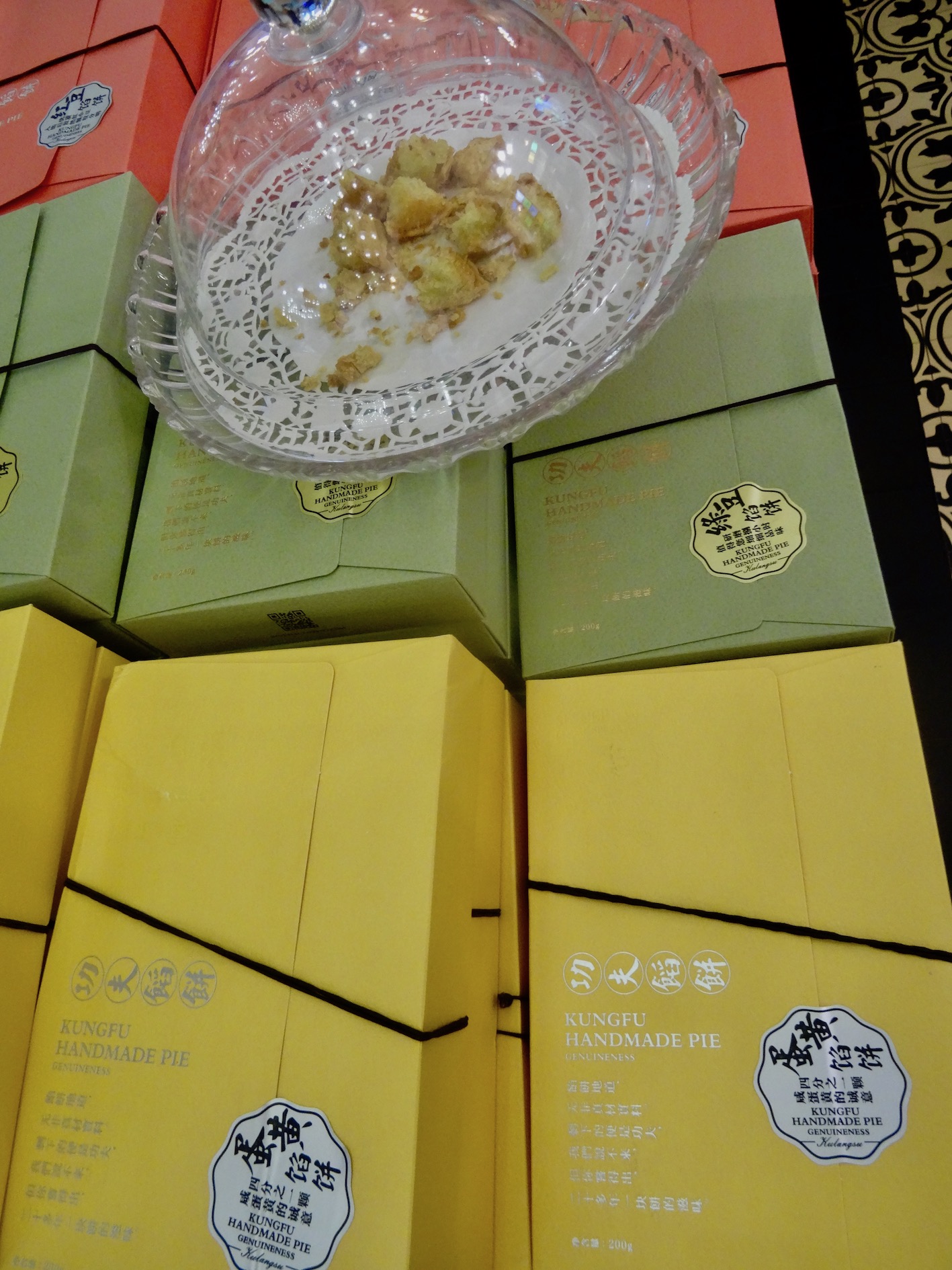 The local pastry, amusingly translated as Kung Fu Pie, is actually pretty tasty! They’re basically sweet, flaky balls with a selection of fillings including mango, red date and lemon. I was looking through all the different boxes when I suddenly thought of someone special and spontaneously decided to grab a pack as a gift. After much deliberation, I finally opted for the pineapple variety. 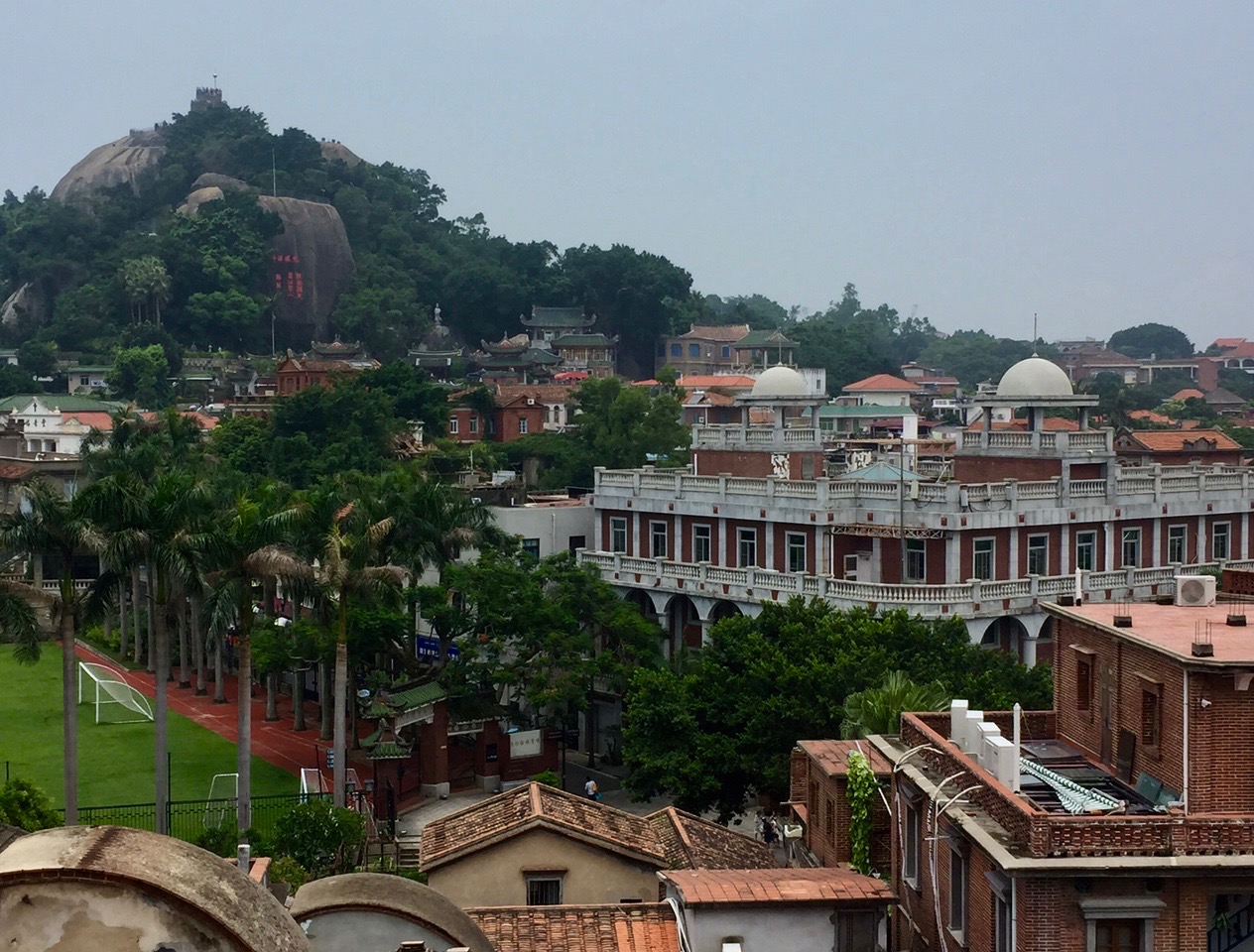 The view from atop Lee House, Gulangyu Island.

The real reason to seek out Lee House is for its little advertised top floor viewing deck. Here, free of salivating shopaholics, you can bask in 360 degree views of the island. Take the wide, wooden staircase up to the fourth floor until you come out onto the rooftop. In this photo you can see Sunlight Rock, Gulangyu’s highest point at 92.7 meters. 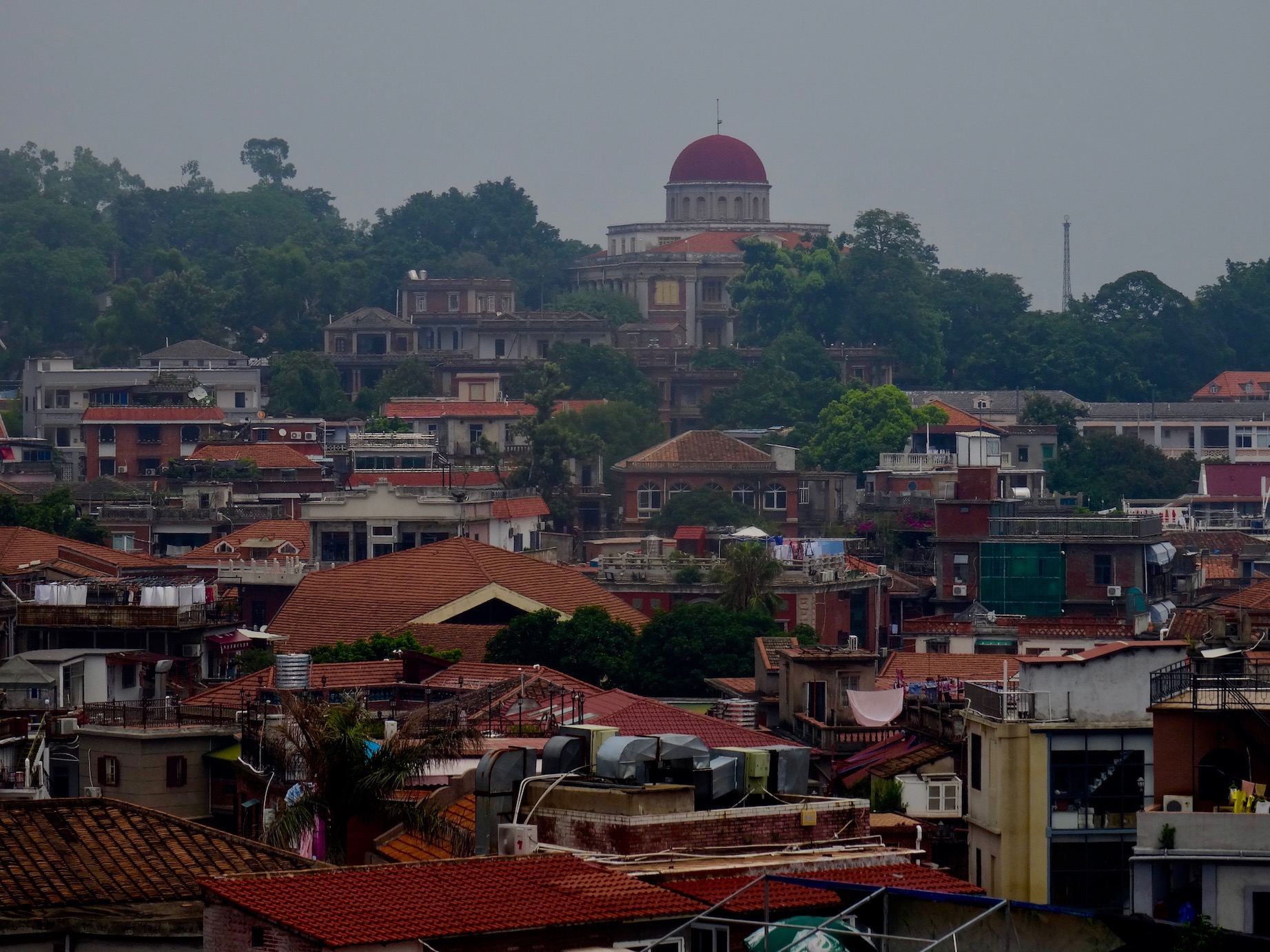 I think I spent at least half an hour up on that rooftop enjoying Gulangyu’s different angles. Moreover, not one other person came to join me in that time. However, what should have been total serenity was still occasionally invaded by the uncompromising shriek of a saleswoman back down on the ground floor. She was quoting tea prices. She sounded desperate. 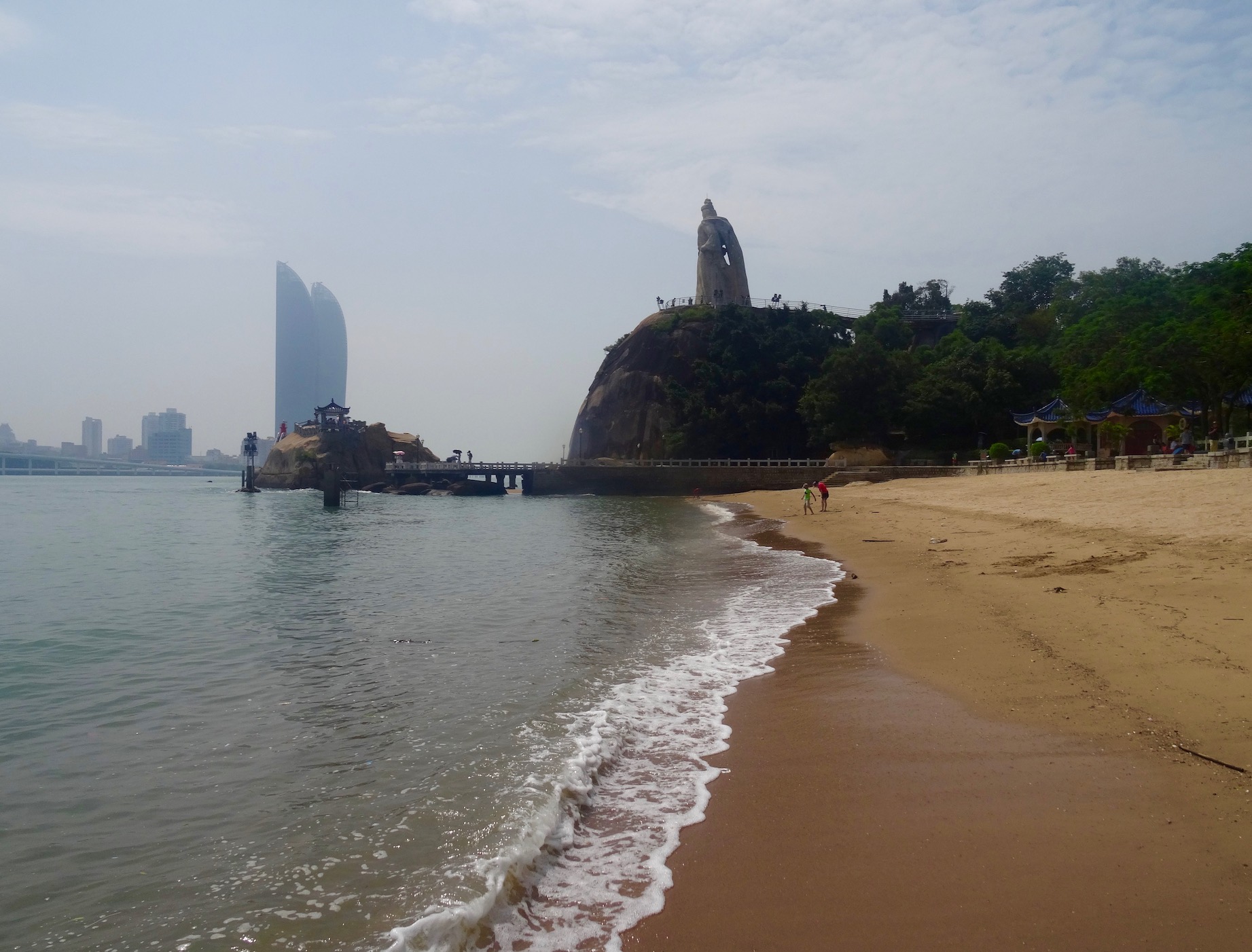