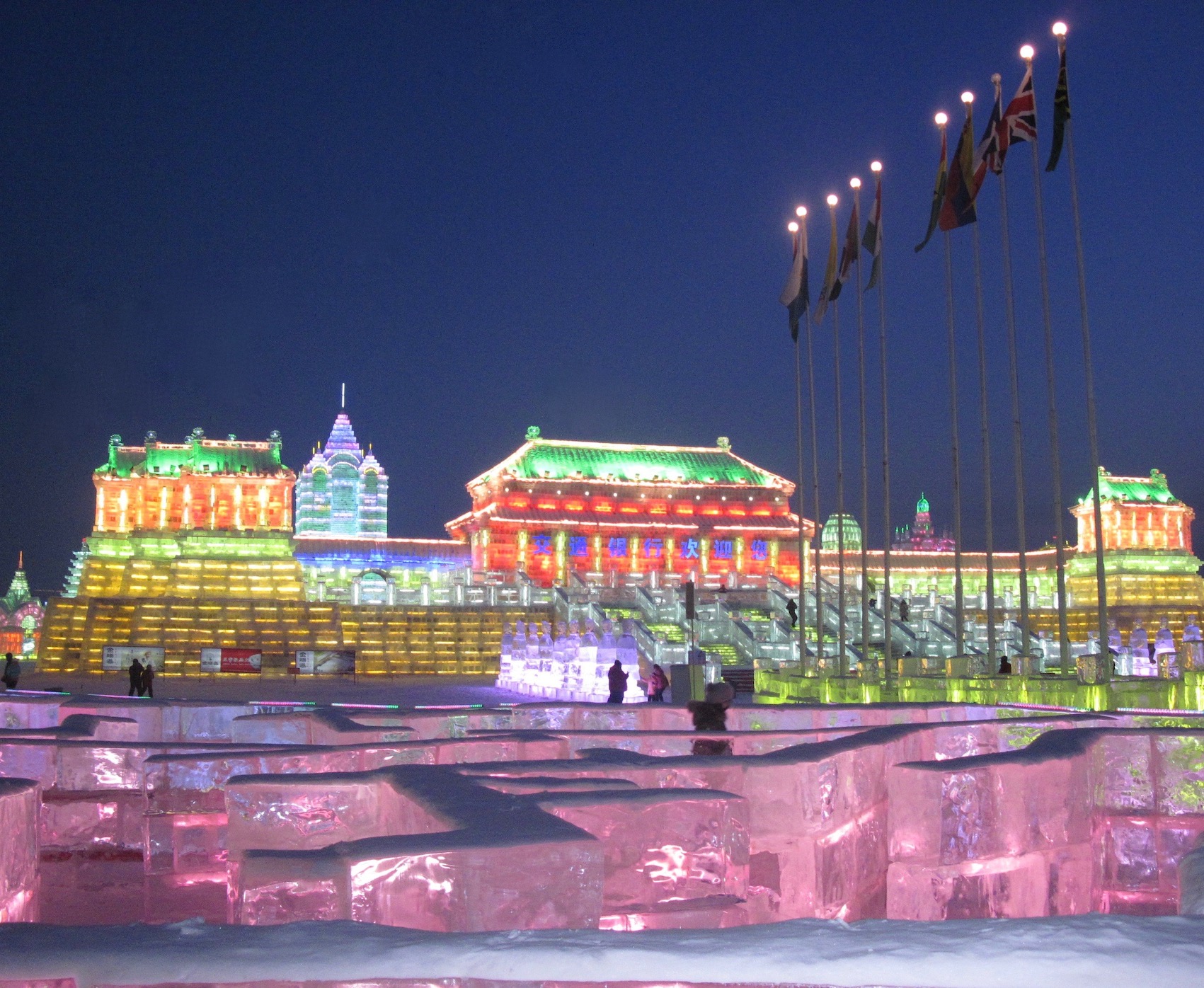 February 2010. My visit to the incredible Harbin Ice and Snow Sculpture Festival still stands as a major if not definitive highlight of all my travels around China. Anyone in the market for a trip during February’s Chinese New Year break would struggle to come up with a better plan than checking out this awesome winter wonderland. 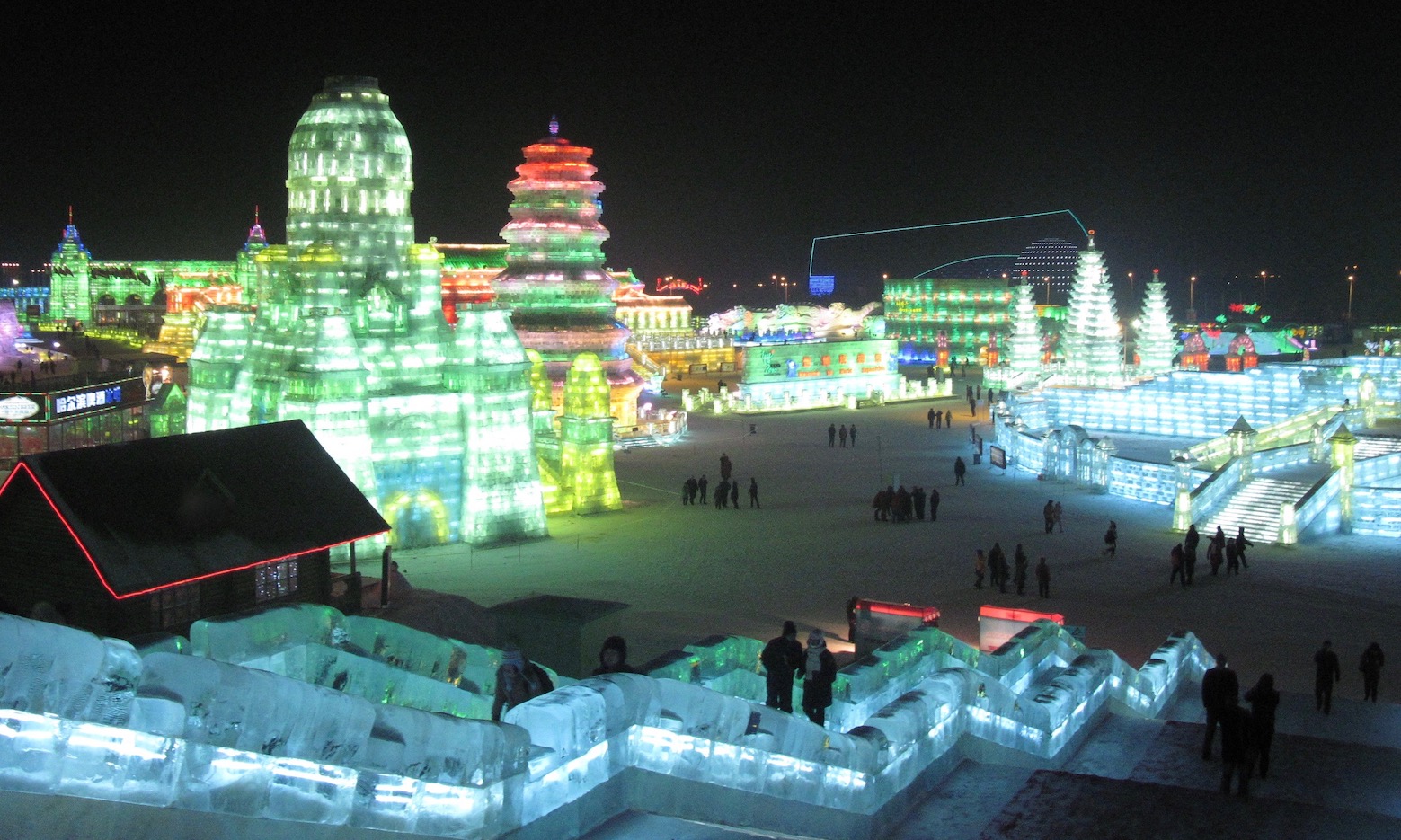 Held every winter from the final week of December to late February, Harbin Ice and Snow Sculpture Festival takes place in the exclusively ice constructed Snow World Park, with its neon-lit pagodas, castles and towers. 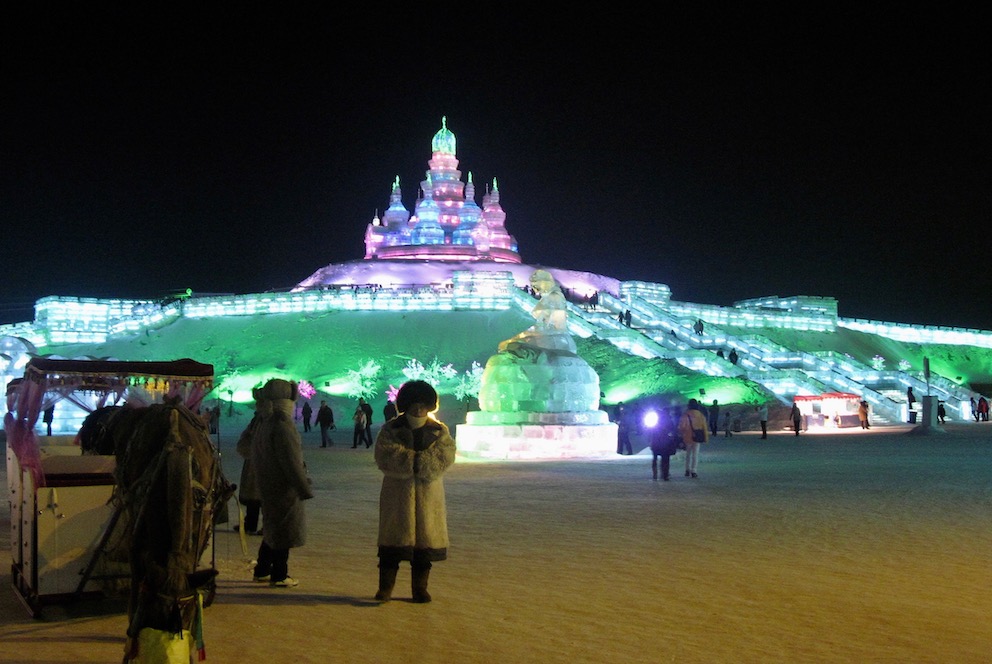 There are also remarkable recreations of iconic world monuments and pony rides that take you all the way around the complex. Do negotiate, these guys will certainly try and charge you the earth if they can get away with it! 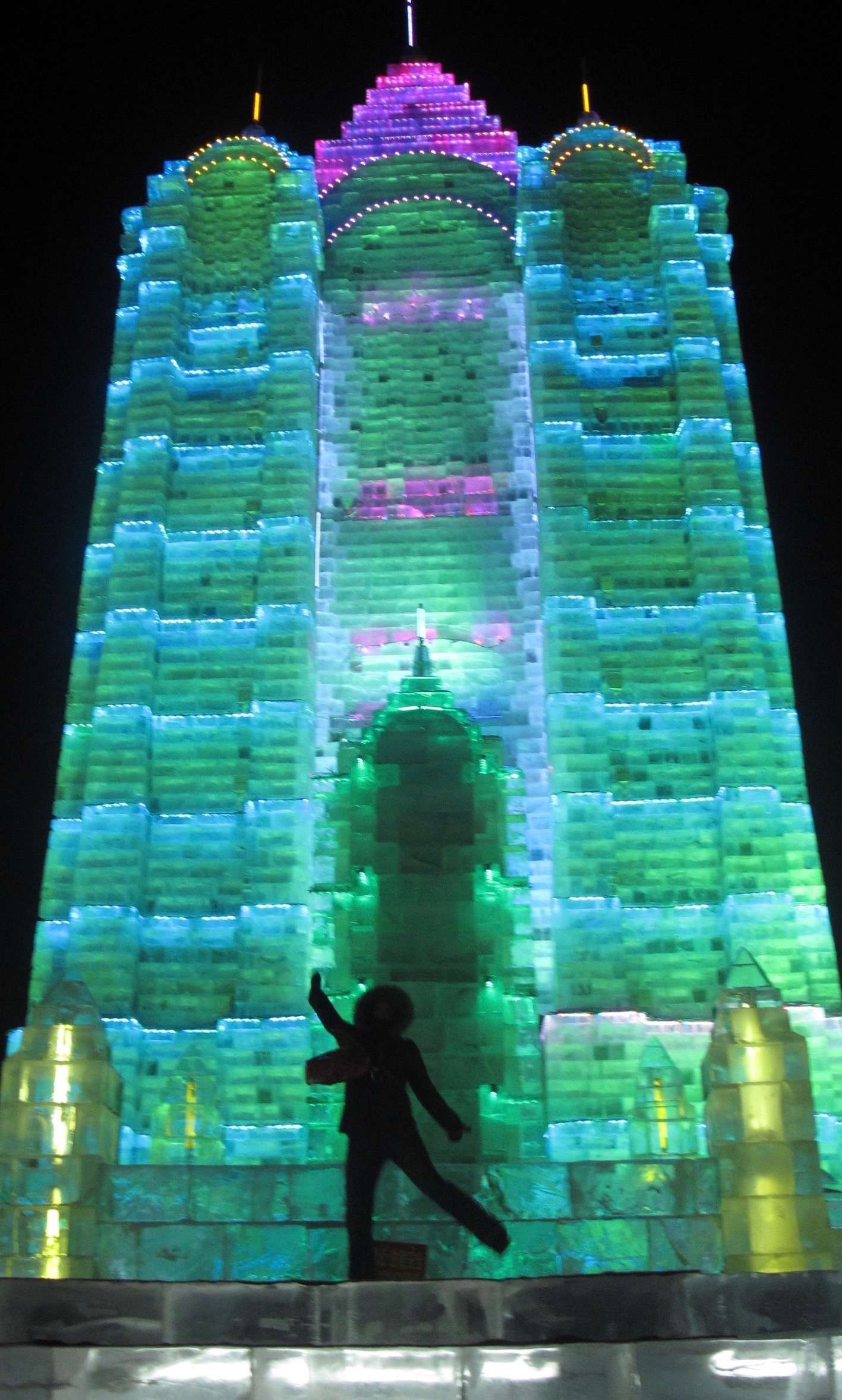 Many of the ice creations on show here have been designed by some of China’s most talented sculptors. Furthermore, they mostly use blocks cut directly from Harbin’s Songhua River. However, sometimes they add chemically treated water for perfect clarity while cutting. The festival employs around ten thousand workers each year just to transport the ice over to Snow World! 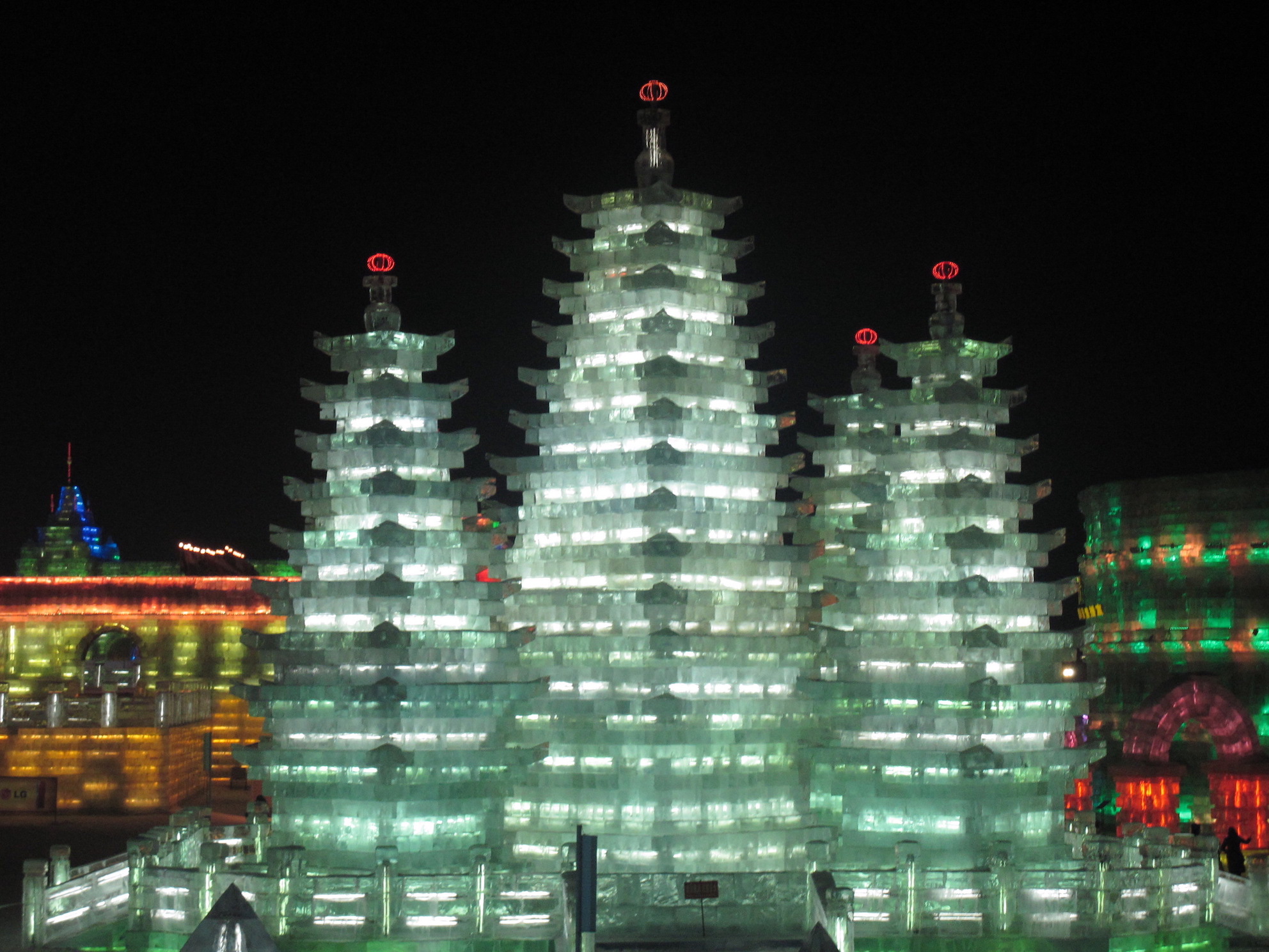 Evening temperatures can fall as low as minus 25 during Chinese New Year! Consequently, I found myself stopping by the park’s numerous café tents to warm up. Inside you can treat yourself to coffee, beer, mulled wine, maybe even a hot chocolate. Everything is pricy I’m afraid and the quality isn’t the best, so I certainly wouldn’t do dinner here! 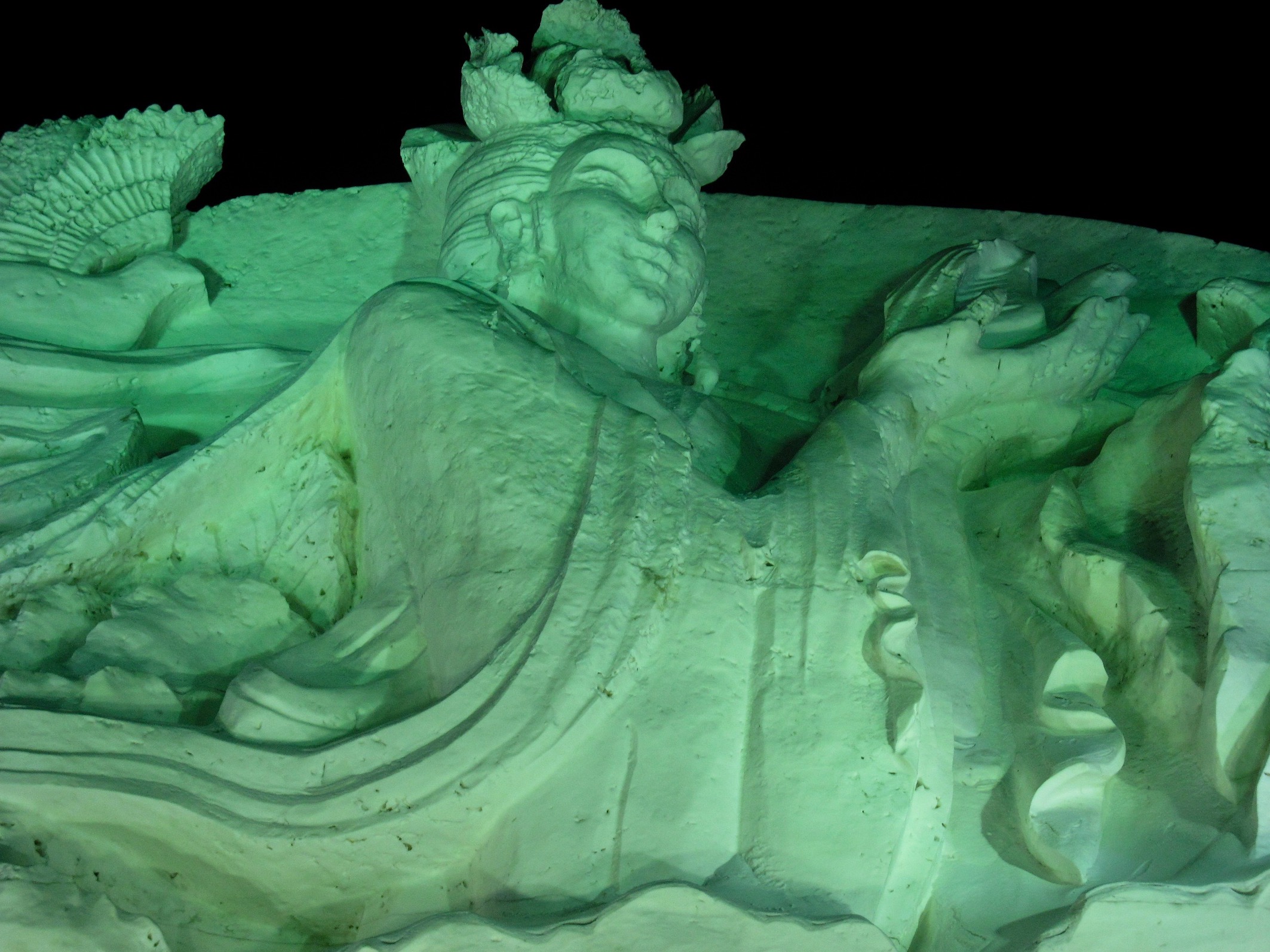 At six hundred thousand square meters, this is now the world’s biggest ice festival, attracting some ten to fifteen million visitors each year. 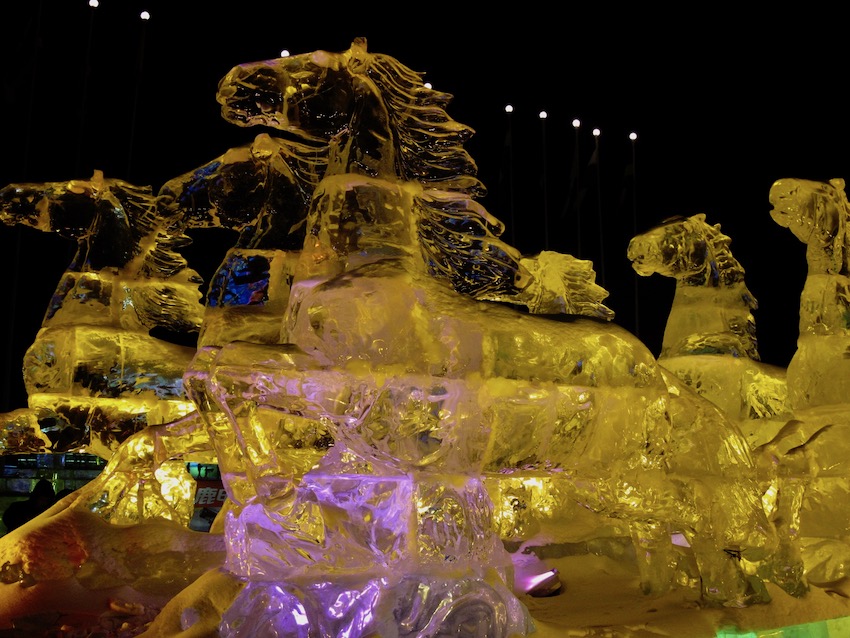 Interested in coming to Harbin for the next Ice & Snow Sculpture Festival? It’s almost ten years since I was here and it looks like it’s changed a lot! For the latest info, check out the official website.