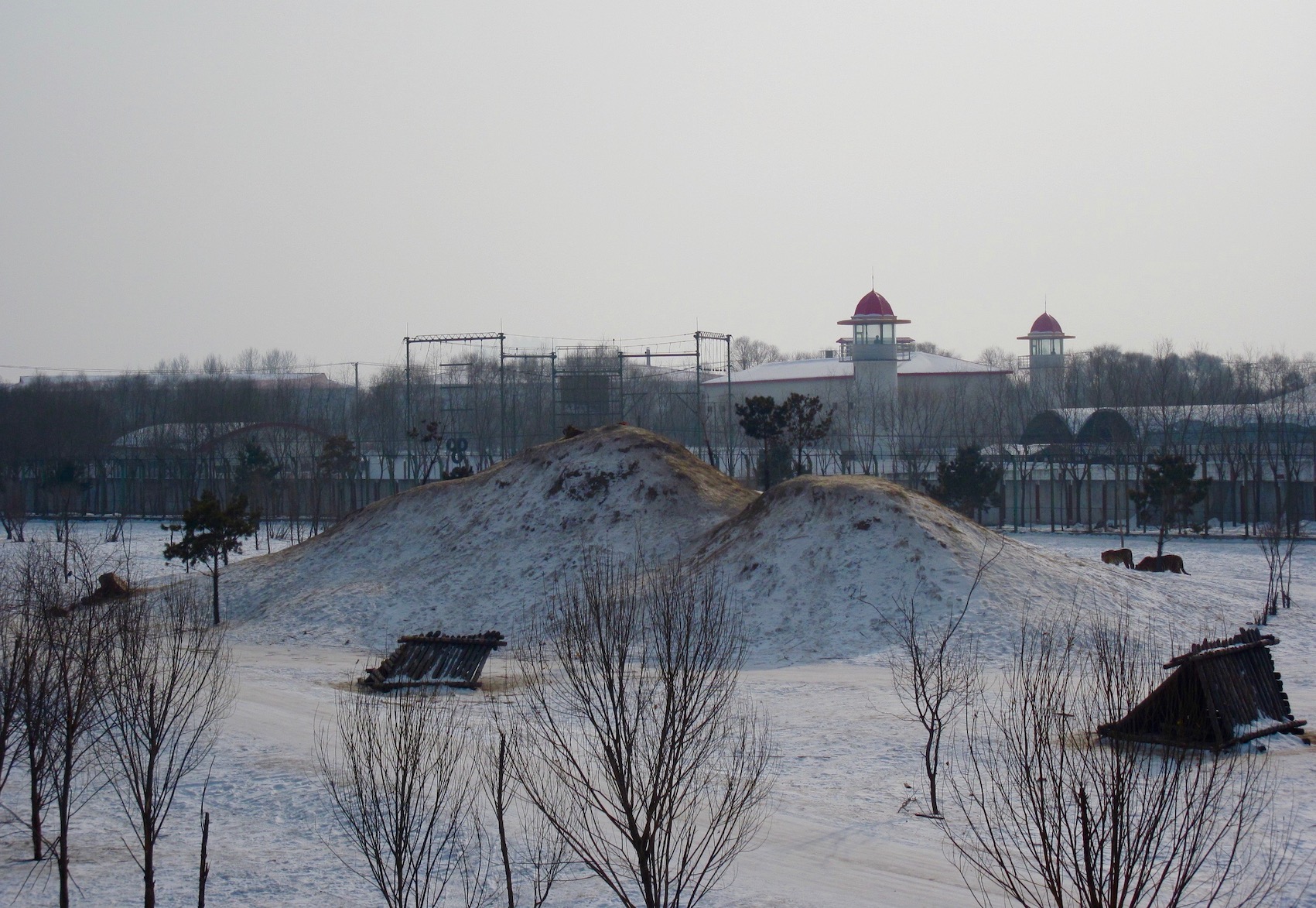 February 2010. Visitors come to the northeastern Chinese city of Harbin for its stunning Russian architecture and the world’s most impressive Ice & Snow Sculpture Festival. Less well known, but equally fascinating in its own way, is the eerie Harbin Siberian Tiger Park, situated 14 km outside the city centre. 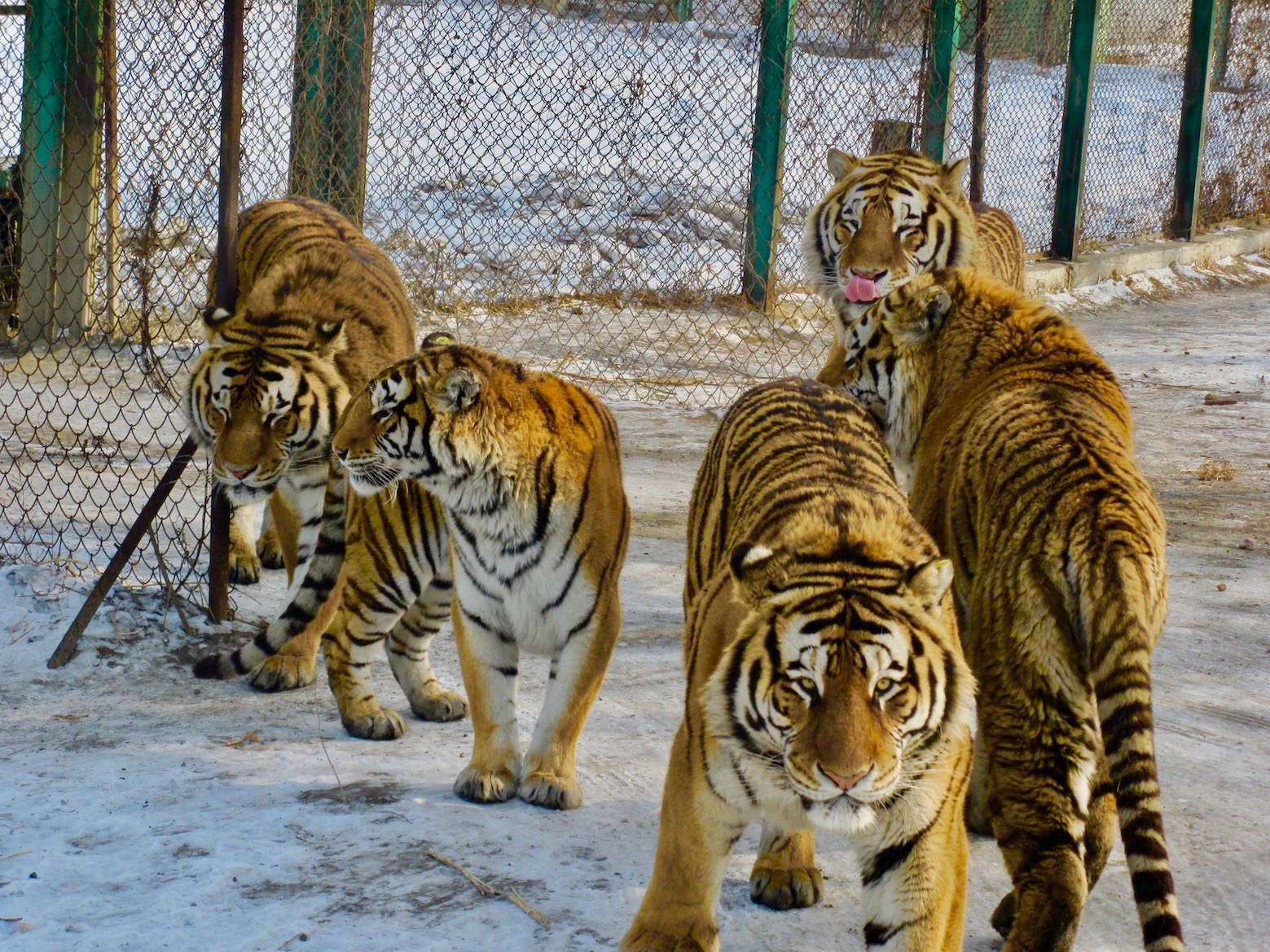 With as few as 500 Siberian tigers left in the wild, this park plays a crucial role in preserving the breed. Apparently they have around eight hundred beasts living throughout the park’s 250 acres. 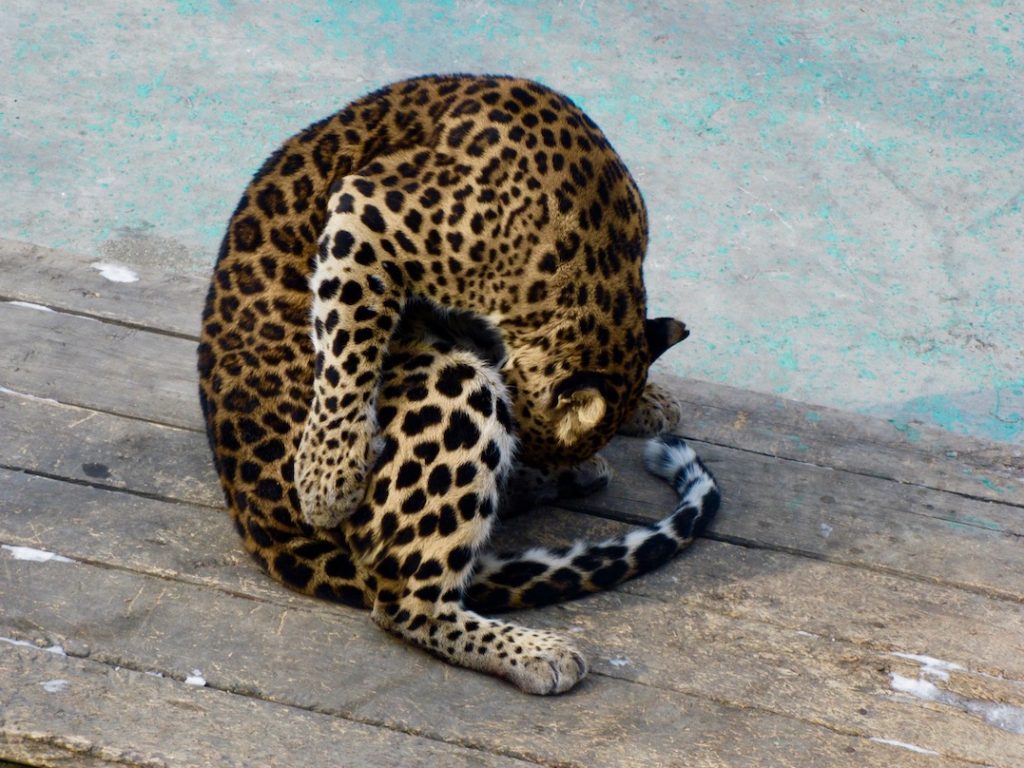 One of the park’s resident leopards. 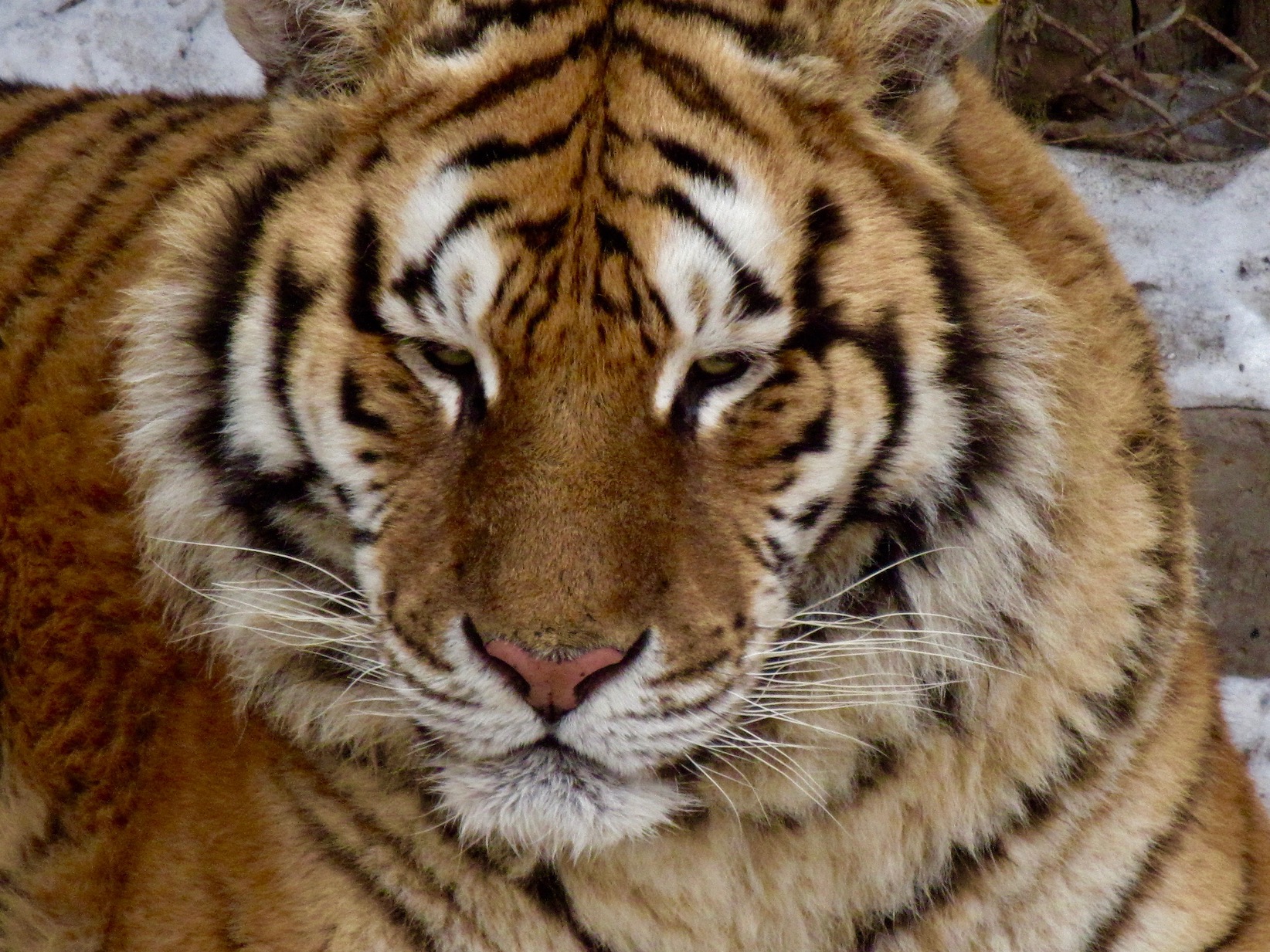 A self-guided walking tour around the park takes you through a sizeable collection of tiger enclosures. 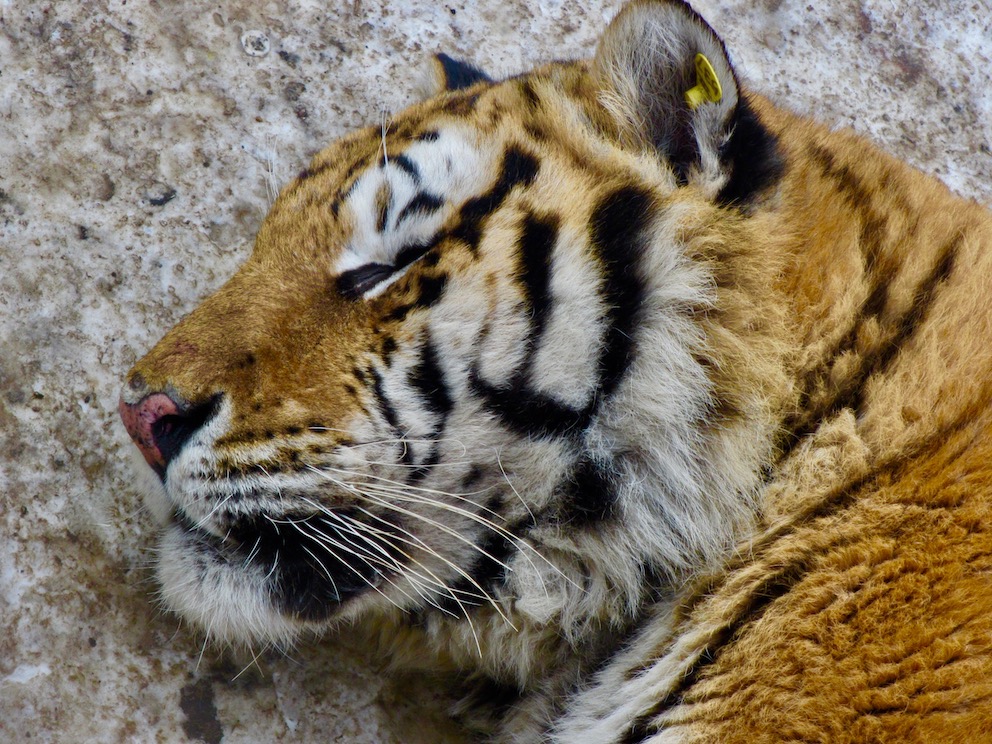 Although the animals look healthy enough and seem content in their habitat, I remember the place being undeniably run-down. I’m talking shabby enclosures, rusty bars and a distinct lack of plants and trees. 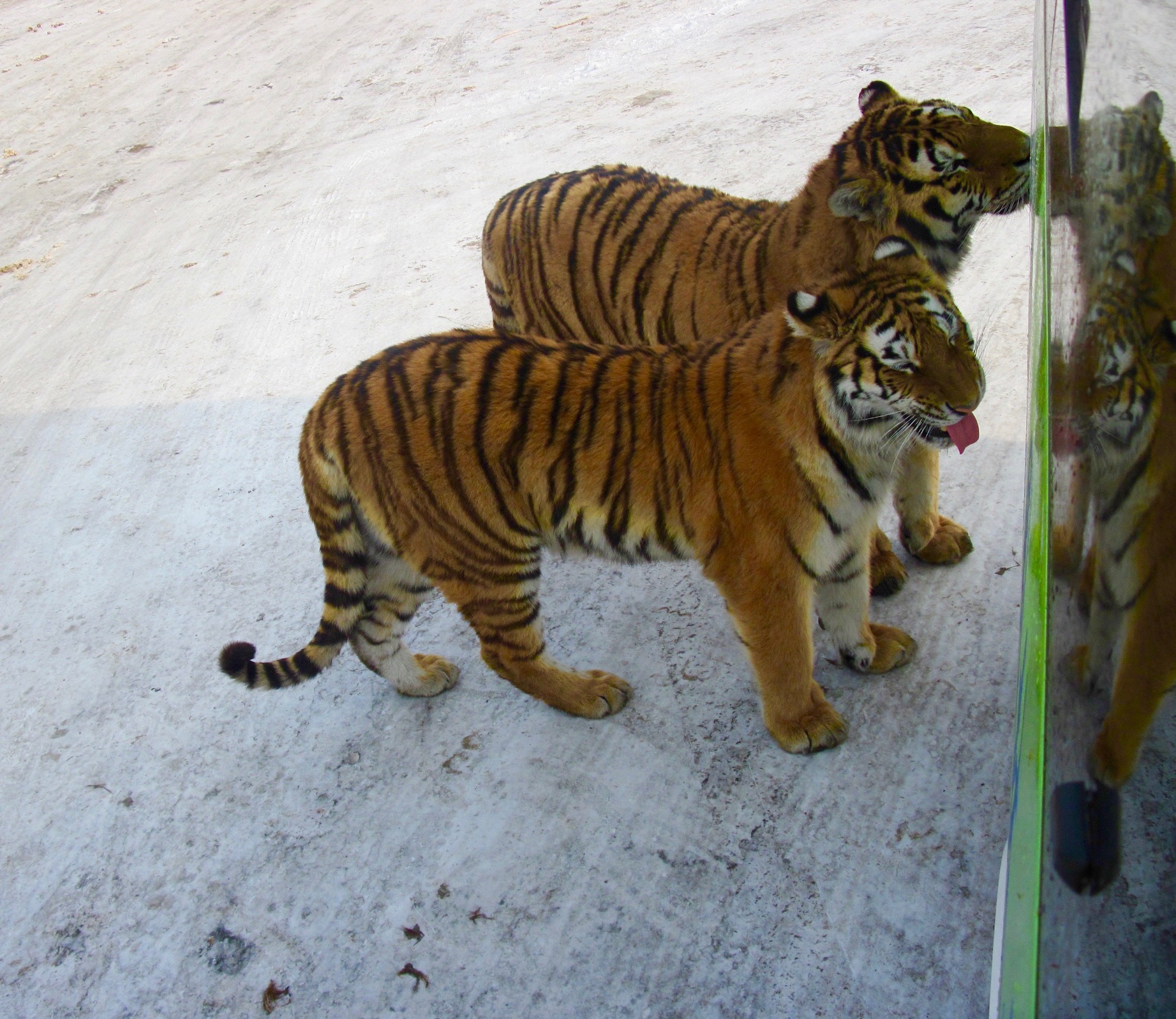 Visitors can tour the park by bus!

Most visitors take the short bus tour right through the heart of the grounds, where the tigers roam freely. It’s common for many of the residents to come running over and jump up at the windows with a playful thud. Admittedly this is quite the thrill and indeed there were several Chinese tourists actually shrieking in terror. 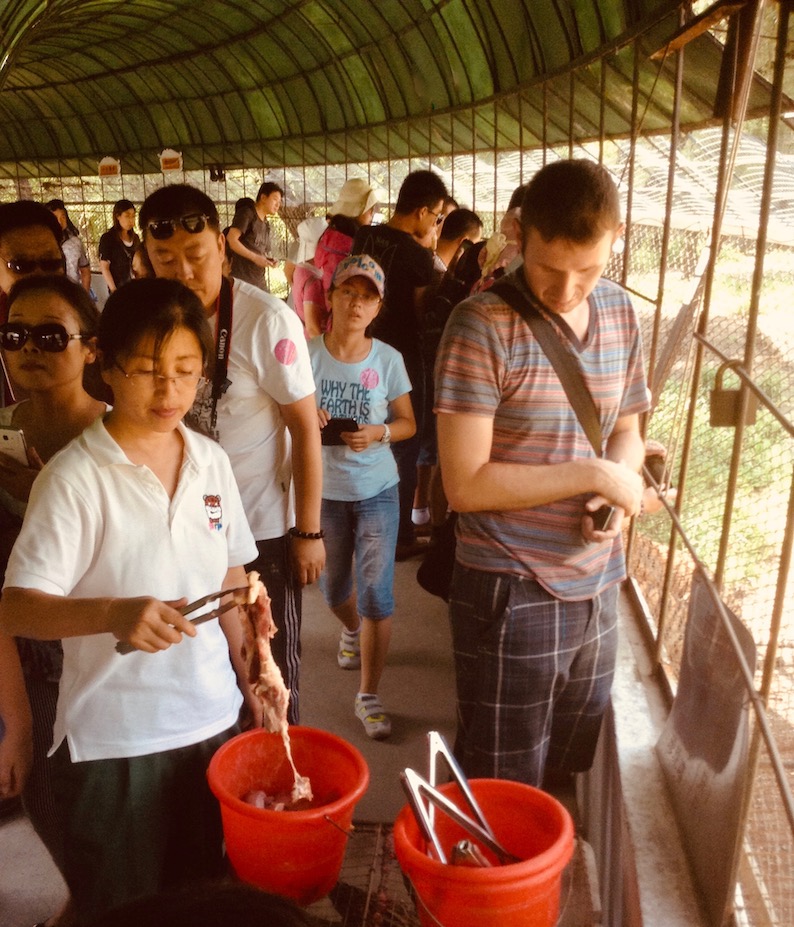 Buckets of raw meat to feed there tigers with.

Harbin Siberian Tiger Park is certainly a controversial attraction, due to a key attraction on offer to tourists. If you feel so inclined, one can actually feed the tigers. The first option is to pay for a piece of raw meat from these red buckets. Just grab a tong, poke it through a gap in the fence and watch as the tigers come leaping towards you. 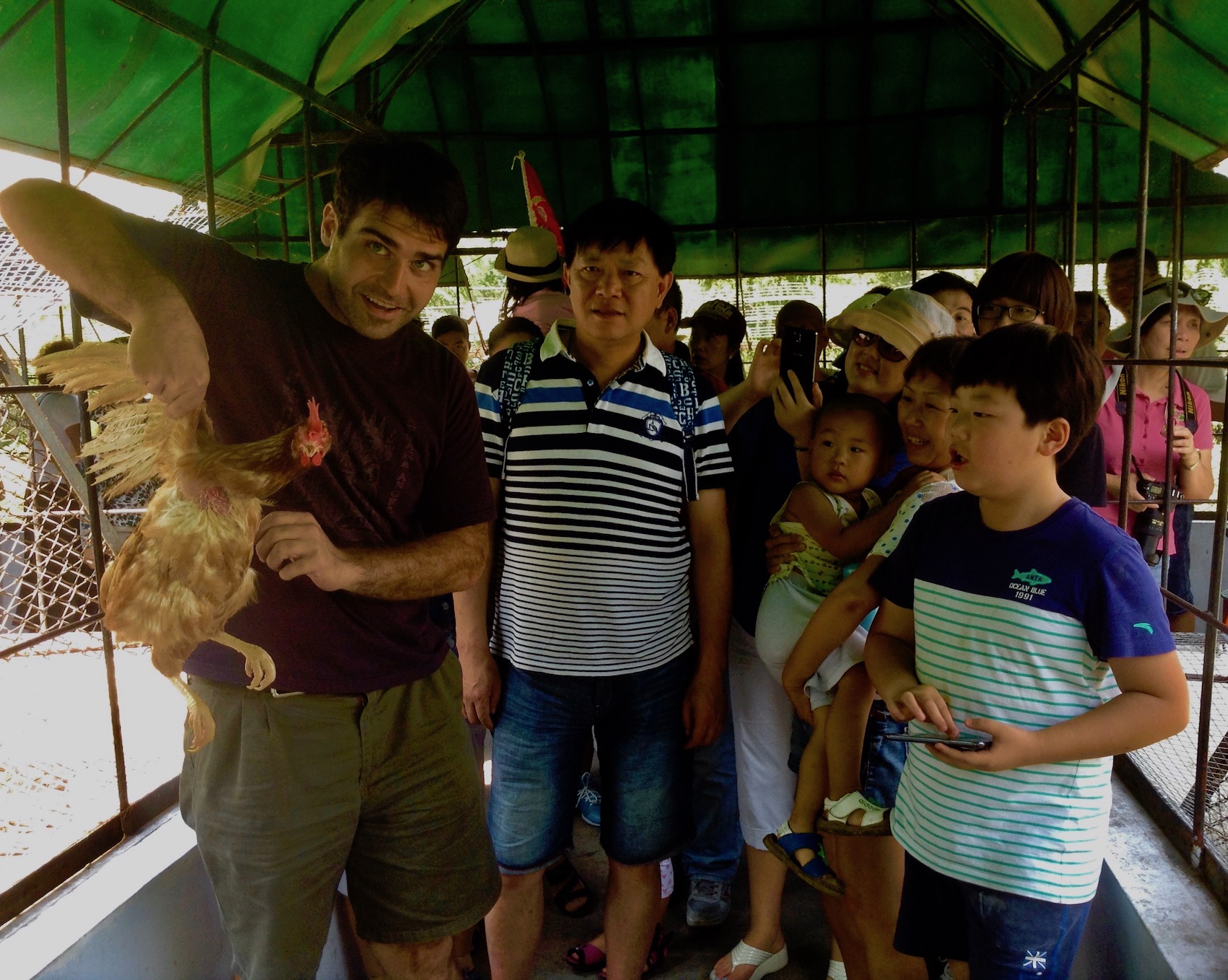 A controversial way of feeding the tigers!

This doesn’t sound too bad right? However, in addition to dangling meat one can also choose from a Jurassic Park style menu that includes live chickens, cows, goats, sheep, ducks and pheasants. Needless to say this experience is not for everyone and I felt especially uneasy about it all. In contrast, the Chinese tourists absolutely loved it when they realised a foreign tourist was about to liberate this unfortunate chicken. 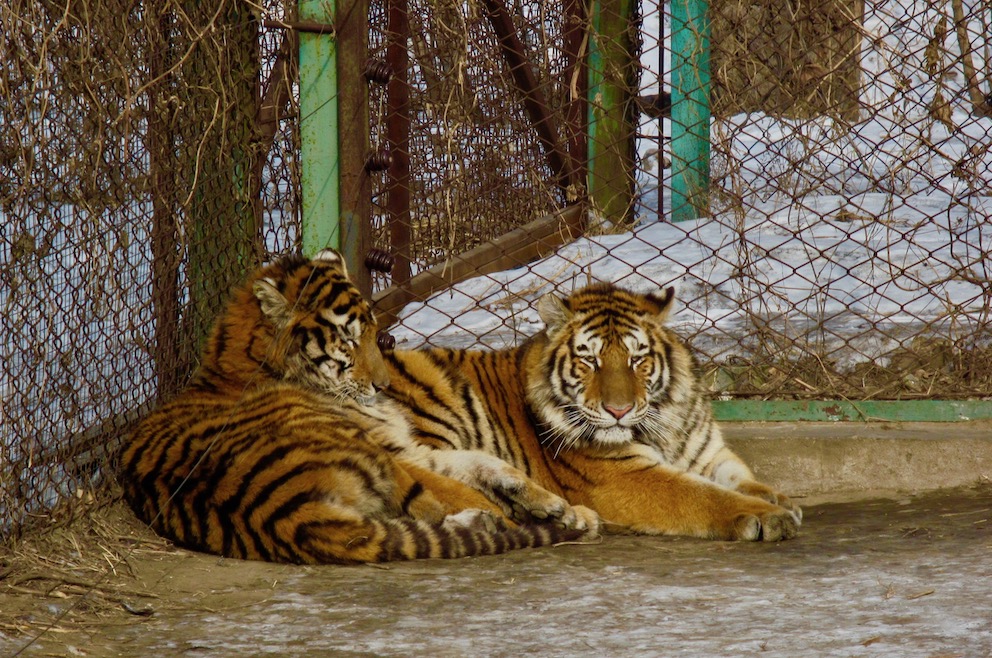 In recent years travel bloggers and animal rights activists have warned people away from the park with some damning articles. An example comes via this piece from Nomadasaurus.

No chickens were harmed in the writing of this article!

For more on this unique city, check out my other reports from Harbin, as well as my short story Sub Zero Adventures.