It’s almost painful to realise that it’s been over sixteen years since my one and only trip to Poland! I was teaching English in Slovakia at the time, so a bunch of friends and I took the train to Krakow from Bratislava. Having checked into our hostel, we subsequently wasted no time in settling down at Krakow’s gorgeous Main Square. 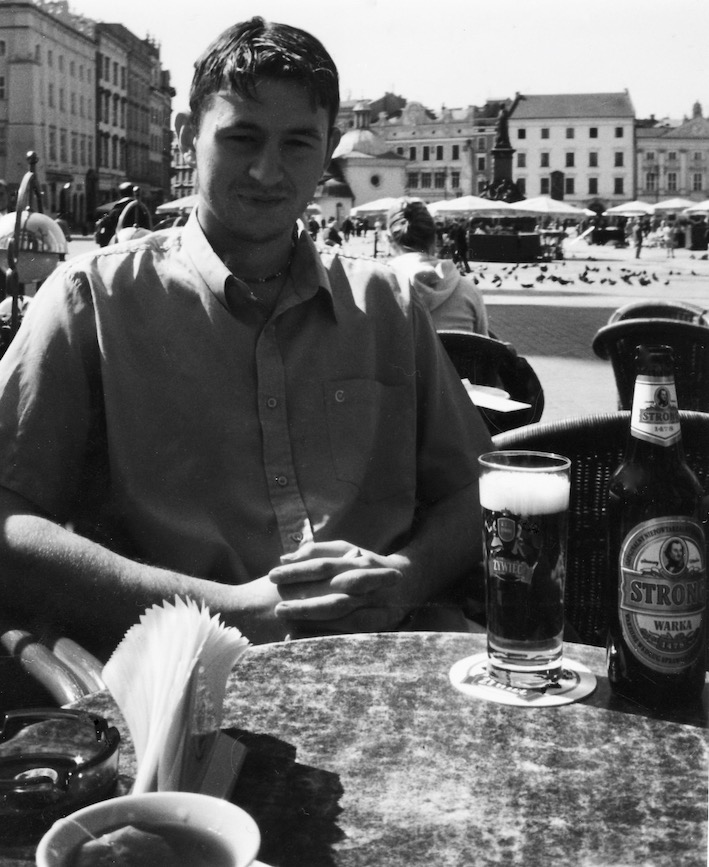 Dating back to the 13th century, this is Europe’s largest Medieval Market Square. It’s an incredibly beautiful spot, mainly due to its 15th century Cloth Hall and bronze statue of Adam Mickiewicz, a famed Polish poet. As a group of wide eyed, mischievous 20 somethings, we were quick to station ourselves at one of the square’s cafes and order that first round of beers.

Another Main Square landmark is the impressive brick facade of St. Mary’s Basilica and its twin towers. Originally built in the 1220s, today the interior has been beautifully restored with art nouveau stained glass windows and a magnificent high altar. 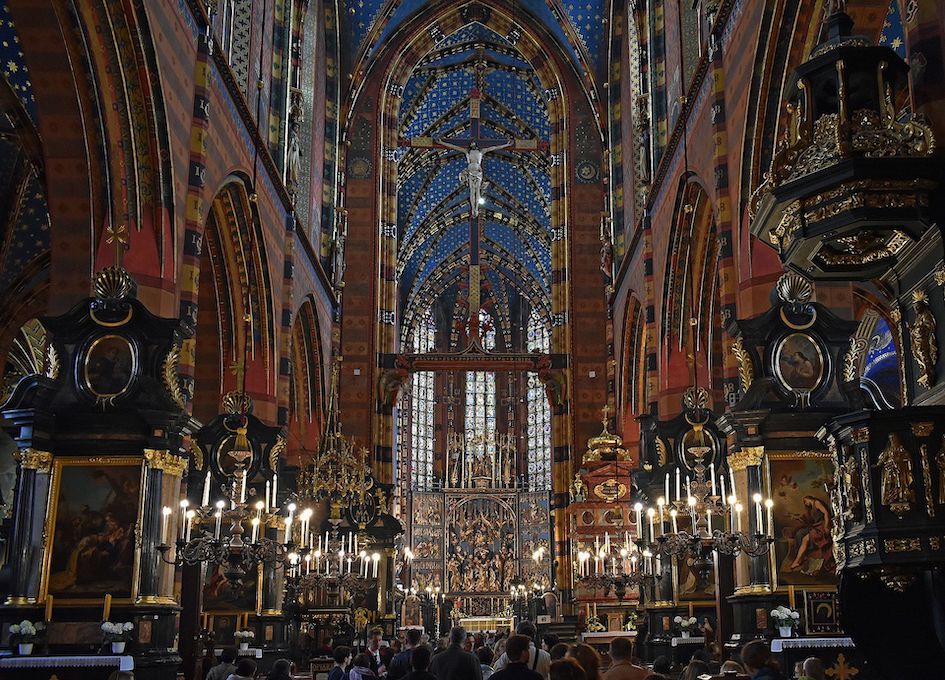 They say Pablo Picasso once described that altar as “the eighth wonder of the world”. Furthermore, visitors can climb the bell tower for a small fee and there are hourly bugle performances that reverberate all around the square. 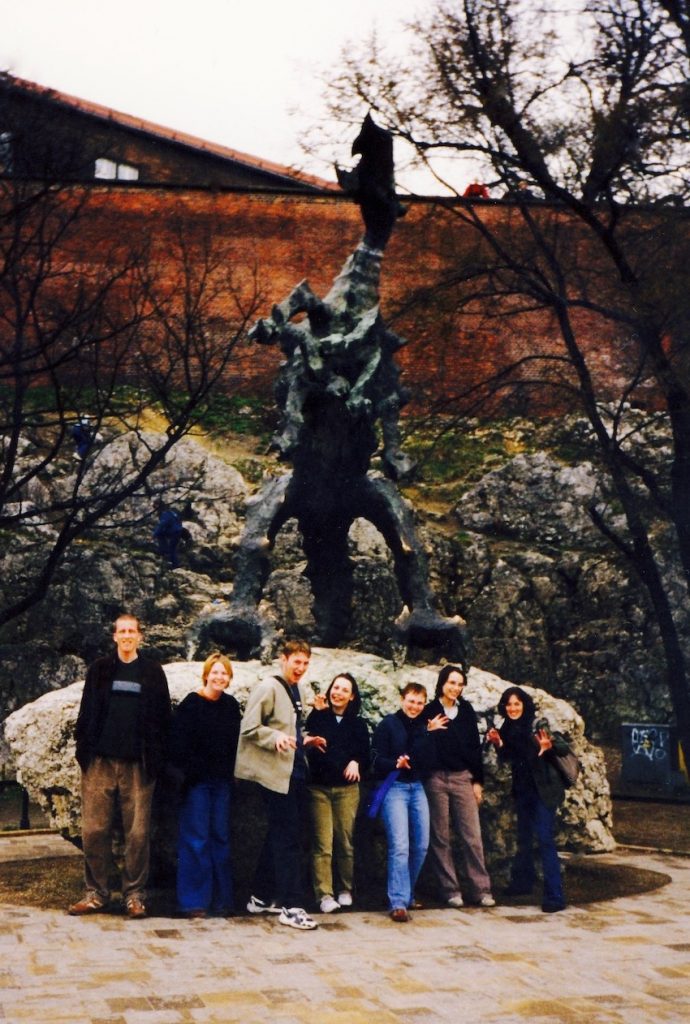 A trip to Krakow certainly wouldn’t be complete without a bit of dragon tomfoolery. So get yourself over to Wawel Hill, where there’s a dragon statue in an old fort overlooking The Vistula River. According to Polish mythology, a dragon once lived right here. Legend dictates that it was a nasty old thing fond of eating the local women. Eventually, the king decreed that anyone who could slay the dragon would get to marry his foxy daughter Wanda. 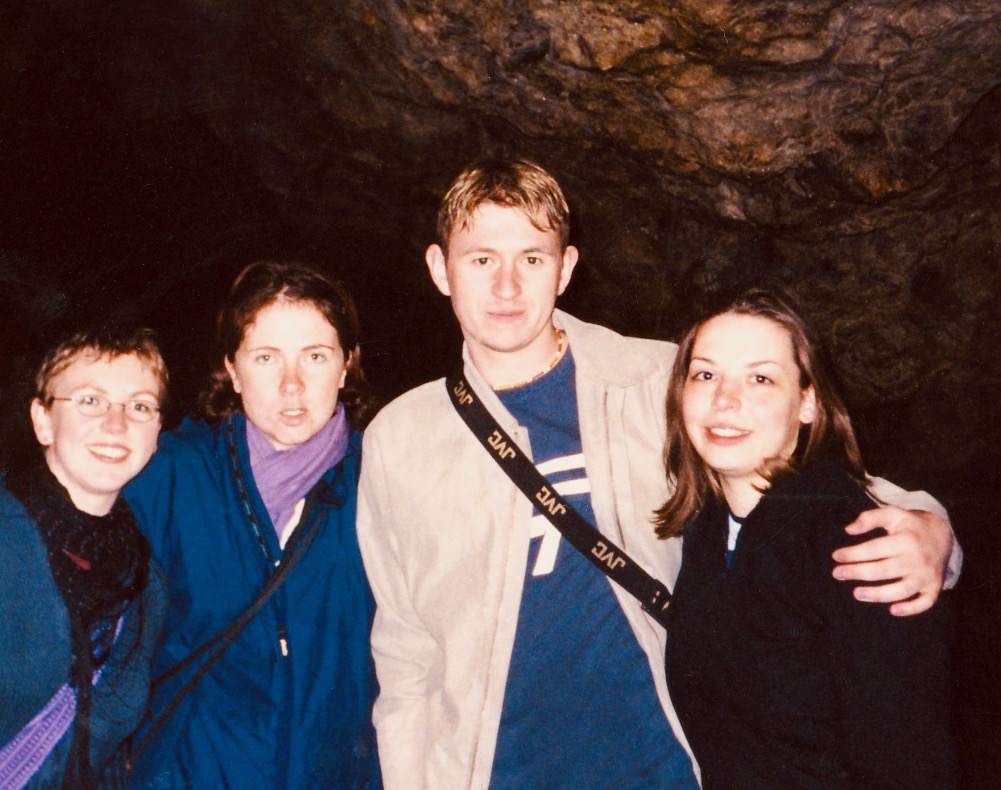 Inside the Dragon’s Den, Krakow.

As a result, a string of hopefuls attempted to locate and kill the dreaded dragon. Finally, it was a peasant cobbler called Skuda who succeeded by feeding the beast a lamb stuffed with sulphur. Genius! After you’ve admired the statue, take the spiral staircase down to the so called Dragon Cave. Tacky but fun.

From Krakow’s dragon spots it’s just a short walk to the city’s Royal Castle, featuring the Italian style Renaissance Courtyard. Thousands of visitors come here specifically to seek the courtyards famous chakra corner. What the heck is a chakra? I hear you ask. Well, apparently it’s “a natural energy point or centre of consciousness found in every living being”. 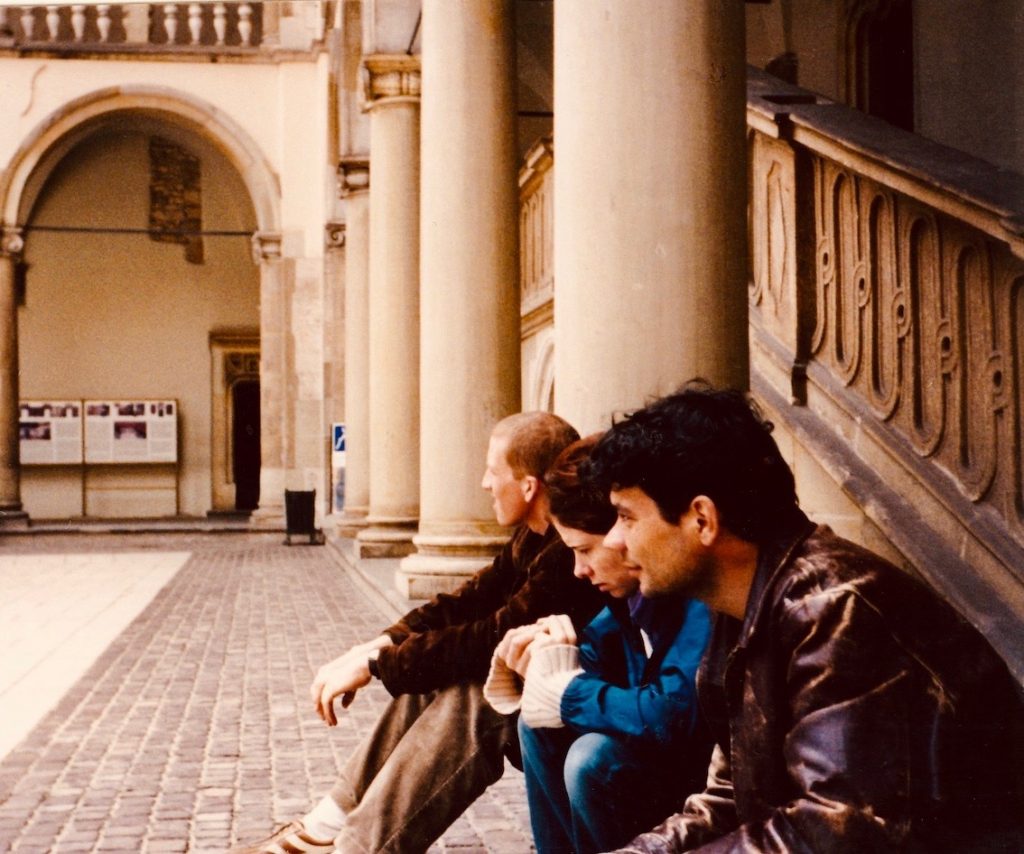 The chakra is a key element of the spiritual traditions of India, China and pretentious hippies. According to chakra doctrine, there are many chakra points in the human body. Apparently seven of them correspond with the seven sacred stones of the Hindu deity Shiva. They say he flung the stones across the earth as a gift to mankind. Consequently, six of the stones landed in locations as far-flung as Rome, Mecca, Delhi, Jerusalem, Delphi and Velehrad. And the seventh? Yup… Krakow, Poland.

A strange Krakow phenomenon is its collection of man made city mounds. We took the time to visit Kościuszko Mound, built in 1823 in tribute to the famed Polish military leader and war hero Tadeusz Kościuszko. He’s also a big deal in The United States, having fought for them against the British during The American War of Independence.

Our entrance ticket to Kościuszko Mound.

The mound is also special due to the fact that its creators modelled it on the kind of natural mounds that existed in the region back in ancient times. Having grabbed our ticket, we took the snaking path that winds up the side of the mound to a viewing platform at the top.

Located three kilometres west of Krakow’s old town, the mound offers fantastic views over the city and its river. It’s usually open every day from 09:00 to sunset.

At the end of our trip we lost Rich, the group’s resident Californian. A similar thing happened in Prague when he failed to board the train back to Bratislava after an incident with a pickpocket. Or so the story went. 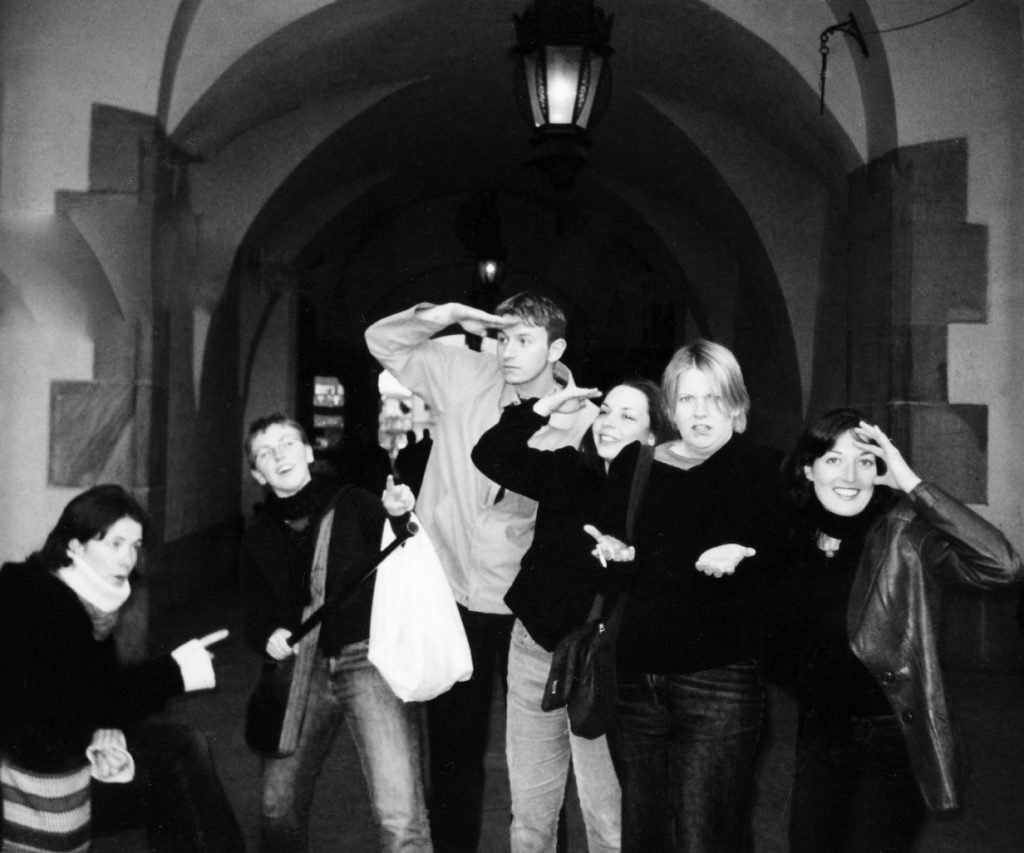 Where’s Rich? At the Cloth Hall on Krakow’s Main Square.

In Krakow he’d wandered off during our final walk around Main Square, hence our imaginations began running riot. However, in the end the whole thing was a bit of an anti-climax. Rich had just wanted some quiet time exploring alone and he soon resurfaced. Nevertheless, we had great fun speculating on his fate, which led to this silly “Where’s Rich?” shot.

For more on my nostalgic travels in the region, check out my reports on Bratislava, Prague, Vienna and Budapest.

You can also delve into my short story series The Slovak Files.