Travel Report: How To Get Into Nanjing Massacre Memorial During China’s Golden Week Part I 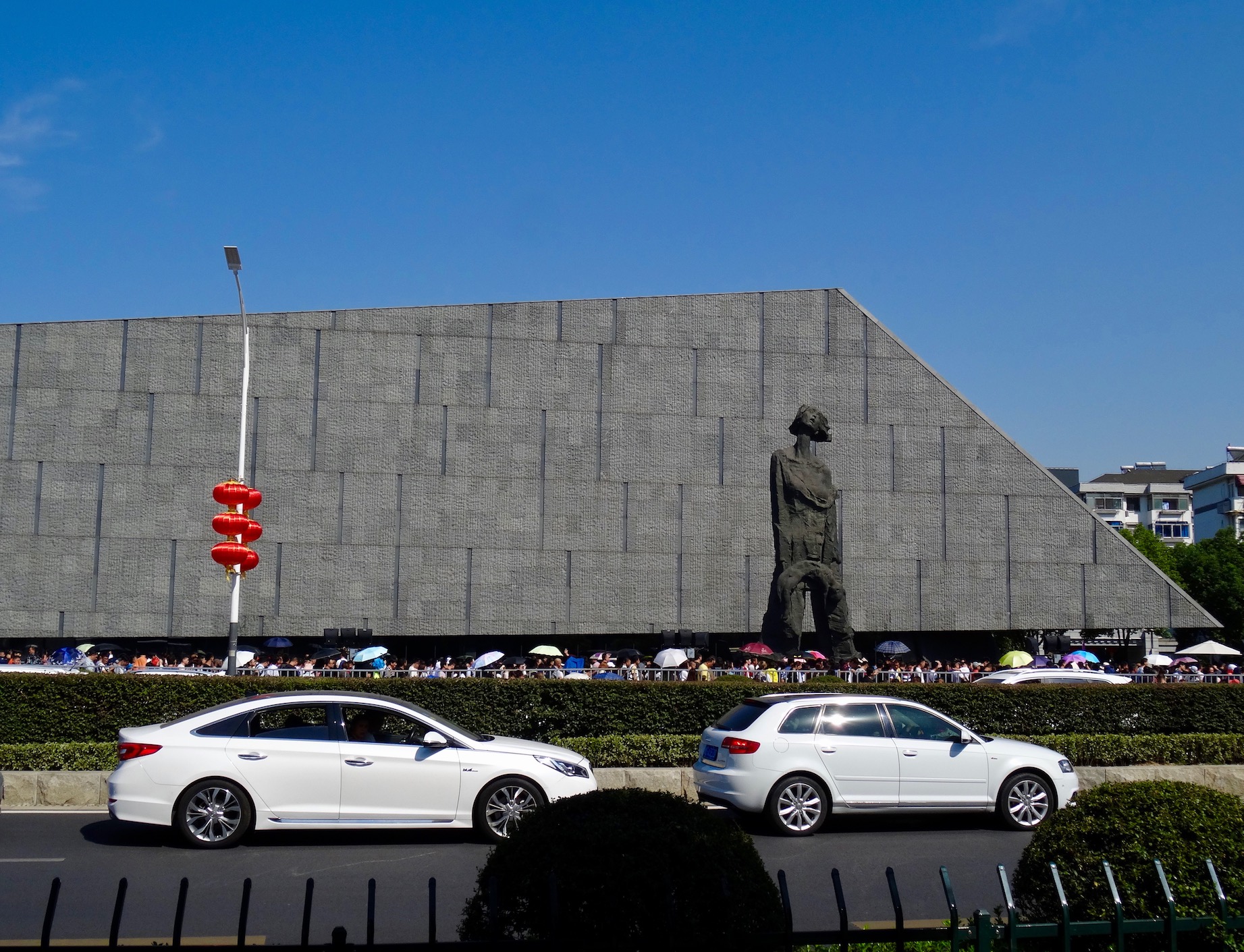 October 2018. Introduced by the government back in 1949 to commemorate the founding of The People’s Republic, China’s Golden Week is an annual national holiday that falls between the 1st and 7th of October. This is a holiday period like no other in the world, with just about half the population scampering around the country to reunite with family and go sightseeing.

For those who’ve never witnessed this phenomenon, trust me when I say it’s absolutely mental. Traffic goes gridlock, public transport is overloaded and certain tourist attractions can be hell on earth. Maybe I was an idiot for even attempting to visit Nanjing Massacre Memorial, quite possibly the most popular site in the city. However, in my defence I had five days vacation just like everyone else and I wasn’t going to leave Nanjing without seeing this incredible museum.

I was expecting manic crowds when I emerged from Exit 2 of Yunjin Lu Subway Station. But actually it didn’t seem that bad at first glance. After all, I could see a long line moving steadily outside the main entrance. So we took the zebra crossing over with a spring in our step and… oh… hang on… why was the line moving away from the entrance gate? 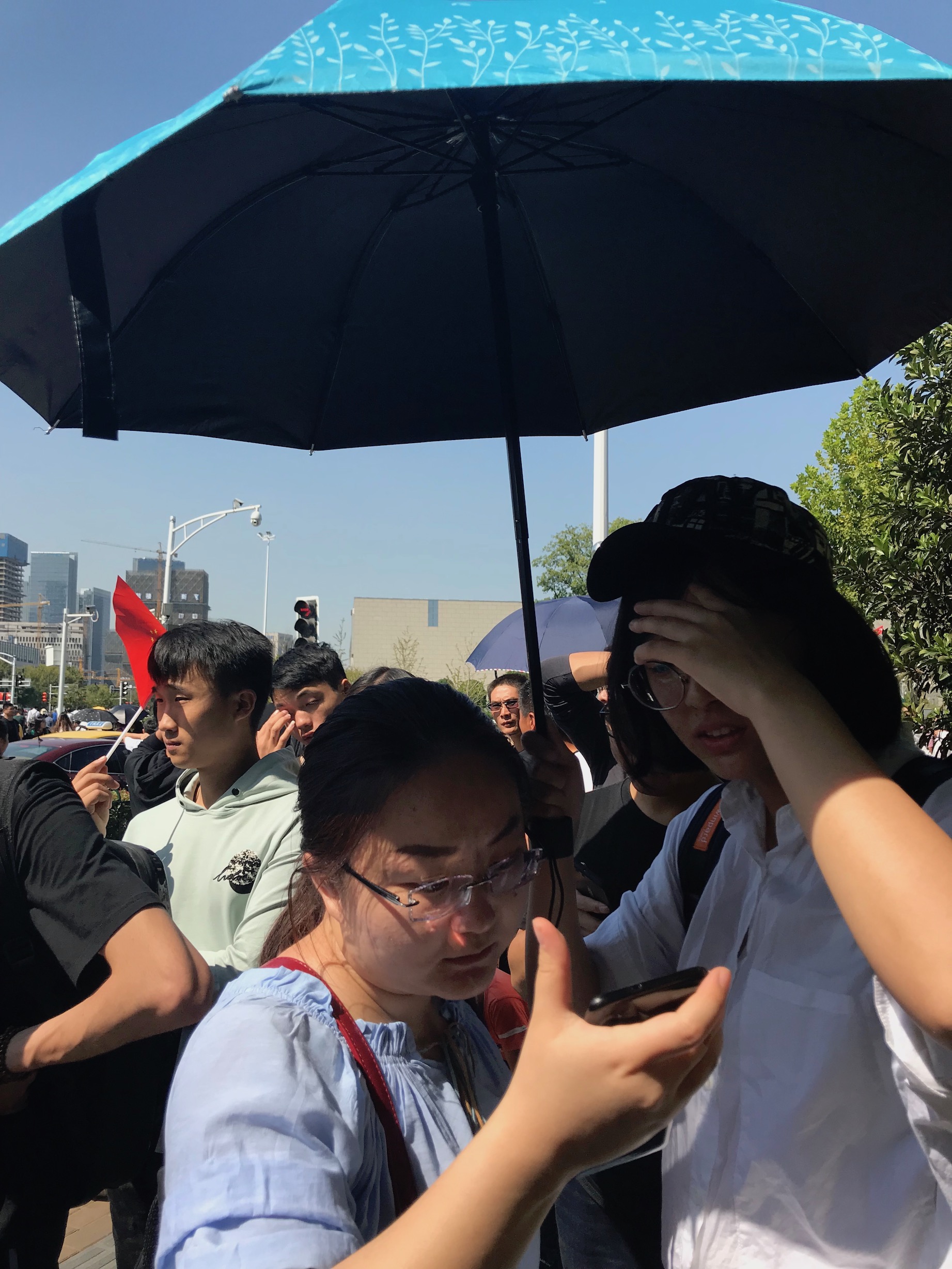 It took Jaylin and I about twenty minutes to get to the back of the queue. “Leighton, this is going to take hours!” she implored. The poor girl had already seen the memorial on a previous visit. And needless to say she was less than enamoured by the prospect of getting stuck in Nanjing’s very own human centipede. Luckily there was a giant mall across the road she could decamp to.

How To Get Into Nanjing Massacre Memorial During China’s Golden Week.

Consequently, I found myself suddenly alone. Well… just myself and sixteen million others! Half an hour later and I don’t know how far I’d advanced, but it seemed like very slow progress. These girls behind me were frantically searching for something on their phone. Then they began shouting at someone on the other end. I couldn’t figure out what they were up to. Sometime later a delivery dude scooted up next to us on a moped and delivered two bowls of dumplings right into their hands! To this day I will never know how the hell that guy actually managed to find them.

According to the timer on my iPhone stopwatch, it took me about an hour and ten minutes to move into the part of the queue heading in the right direction. This was obviously a positive development! But at the same time the queue was just crawling. With the clock ticking, I couldn’t help but wonder what the cutoff time was for getting in. 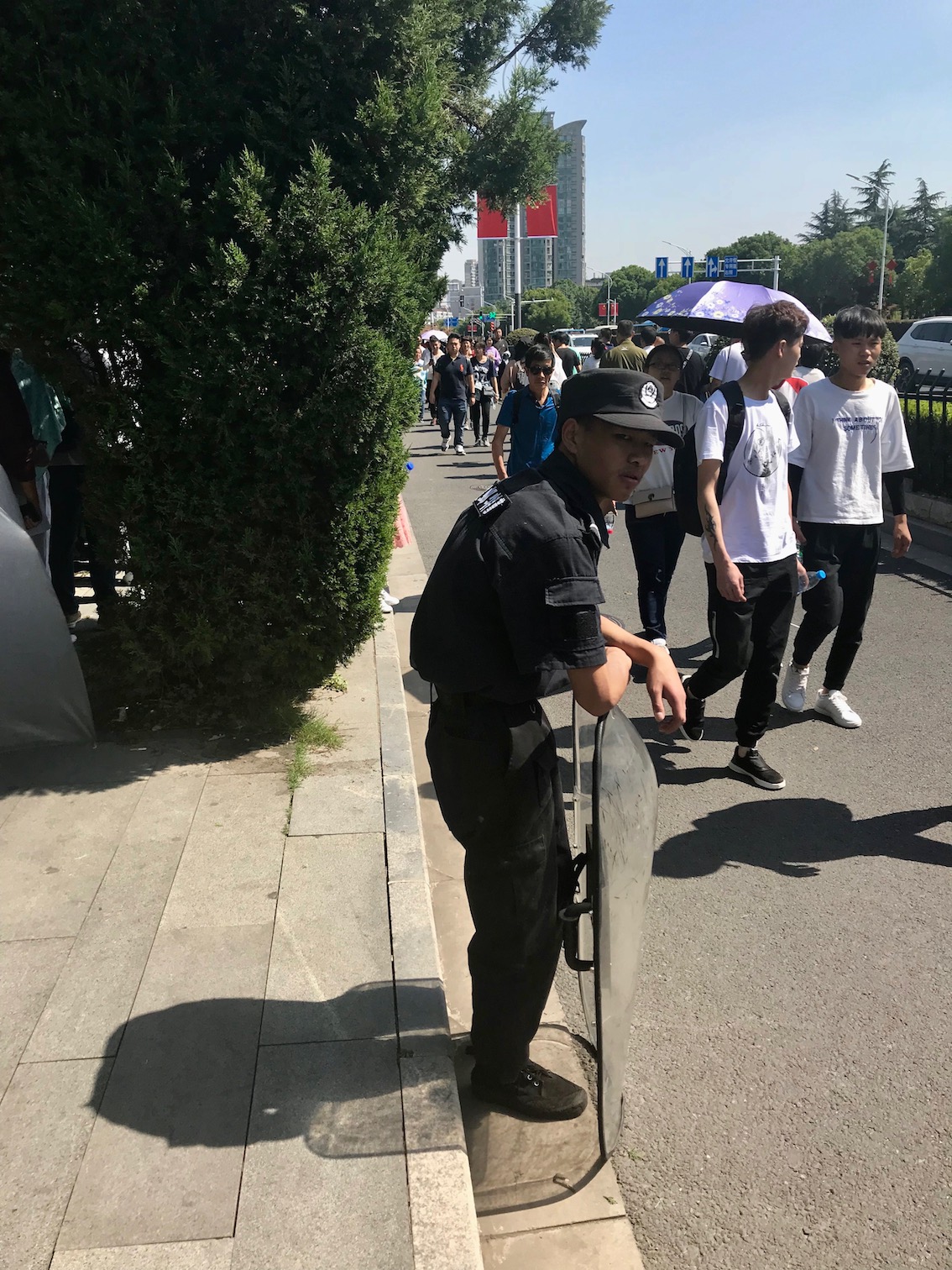 Some way ahead, I saw several people cutting into the queue from the other side of the road. What!?!? First a group of teenage boys, then a hand-in-hand couple. Finally, an entire family cut in, even a hobbling grandmother! This was when I decided to take matters into my own hands!

How To Get Into Nanjing Massacre Memorial During China’s Golden Week.

Luckily for me it was fairly easy to start skipping sections of the line. After all, I was just a lone body able to silently drift between the trees. Moreover, it was easy shuffling past all those zombies with their heads in their phones. I must have leapfrogged 100-150 people until my advancement was halted by the appearance of security guards. These guys got pretty hands on with anyone who tried to cheat the queue. Hence I decided on following the rules for a while. Happily though, the entrance gate was now in sight. Which meant I was almost there, right? 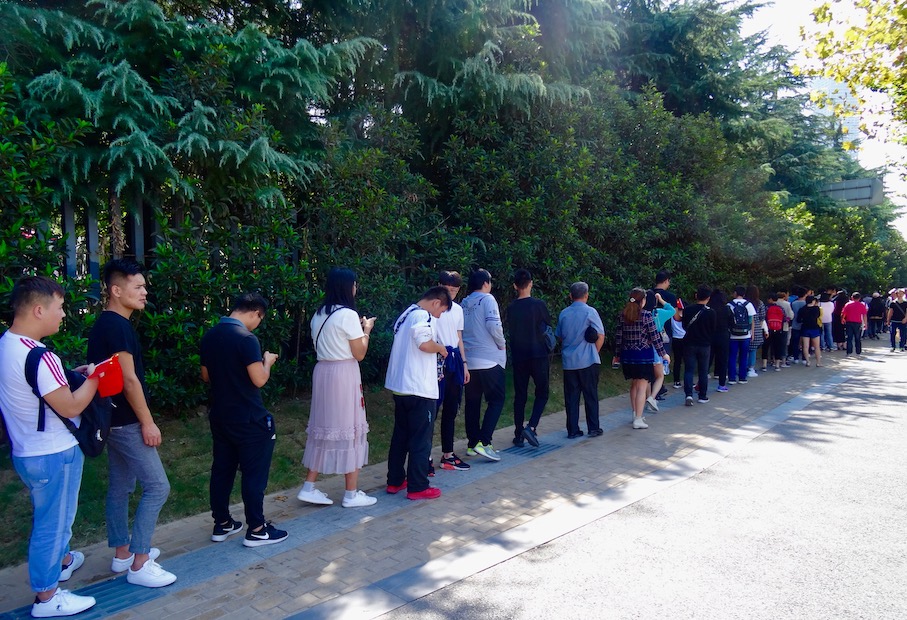 To find out how horribly wrong I was, have a look at my article How To Get Into Nanjing Massacre Memorial During China’s Golden Week Part II.