Travel Report: How To Get Into Nanjing Massacre Memorial During China’s Golden Week Part II 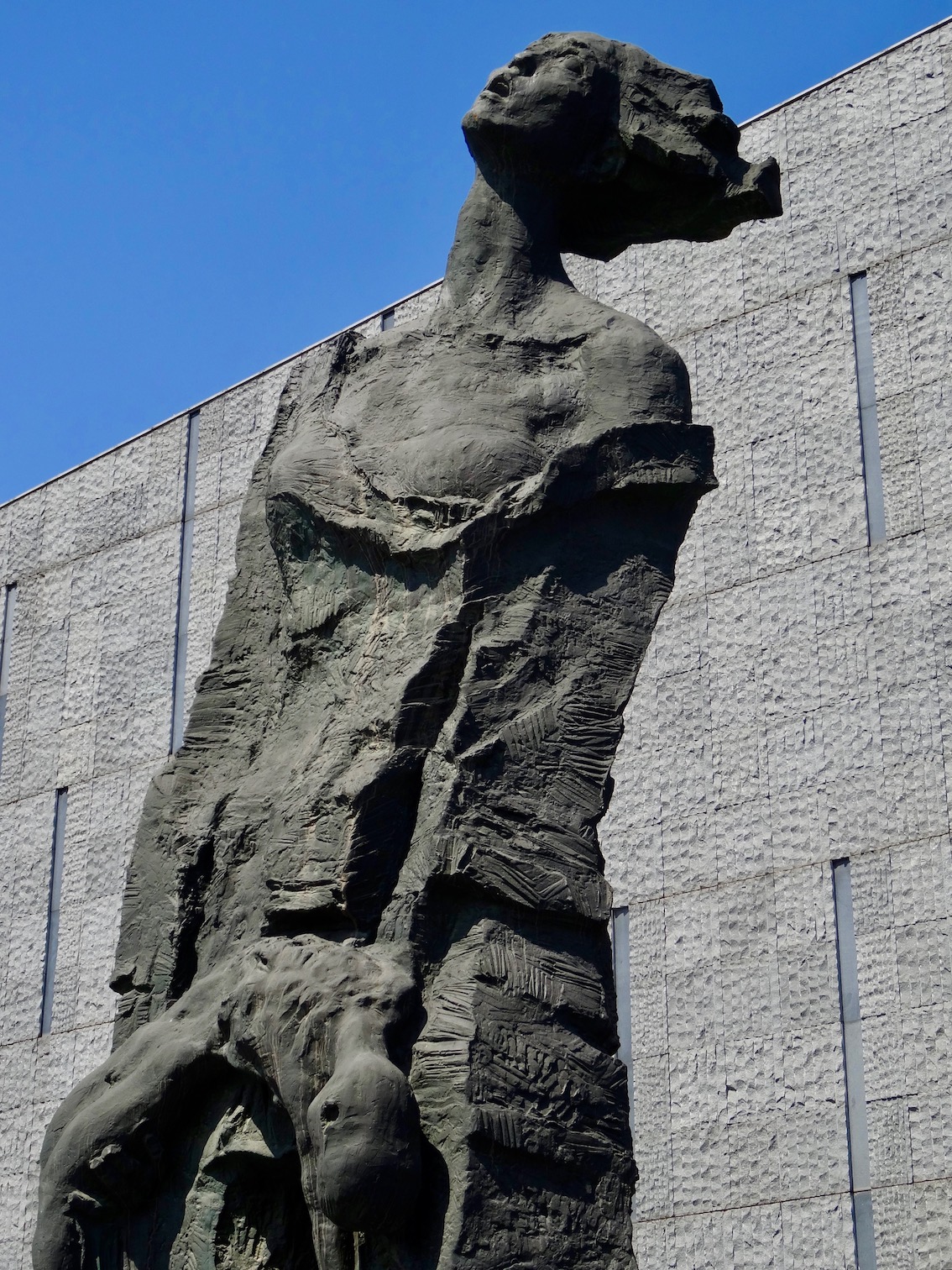 Want to get the full context? Start with:

How To Get Into Nanjing Massacre Memorial During China’s Golden Week (Part I).

October 2018. I’d been queuing for about ninety minutes by the time I finally arrived back at the entrance of Nanjing Massacre Memorial. Now, I’d come face to face with its towering weeping woman sculpture. Hmm, where was the ticket office exactly? From what I’d understood entry was free, although you did have to produce ID, register your attendance and receive a ticket. Today however, I wasn’t sure if this system applied. Hence I just shuffled along with everyone else to see where the day would take me.

The line was now snaking around the entrance to what looked like a security point with a bag scanning station. Mercifully, this part of the ordeal was moving swiftly and I passed through without incident. In fact, the X-ray girl clearly didn’t give two shits about the contents of anyone’s bags. Similarly, the guards were just trying to get everyone through and had no interest in performing body checks.

On the other side of security I was faced with the depressing vista of an immobile mass of people as far as the eye could see. In the distance was, I presumed, the ticket office and entrance point. There was no movement for another fifteen minutes. Then, suddenly, we experienced a manic surge forward that nearly made me lose my footing! Subsequently we were still again for ten minutes before another uncompromising wave forward.

The museum was clearly controlling the rate of entry, so all I could do was wait for the next heave ho. When it came there were more elbows in my ribs and blows to my head from various umbrellas. To my right a clearly distressed couple had decided to give up and were trying to get out. However, they literally couldn’t force their way through the brick wall of flesh and bones. With nothing better to do, I followed their efforts for a bit before they got swallowed up in a sea of heads and shoulders. 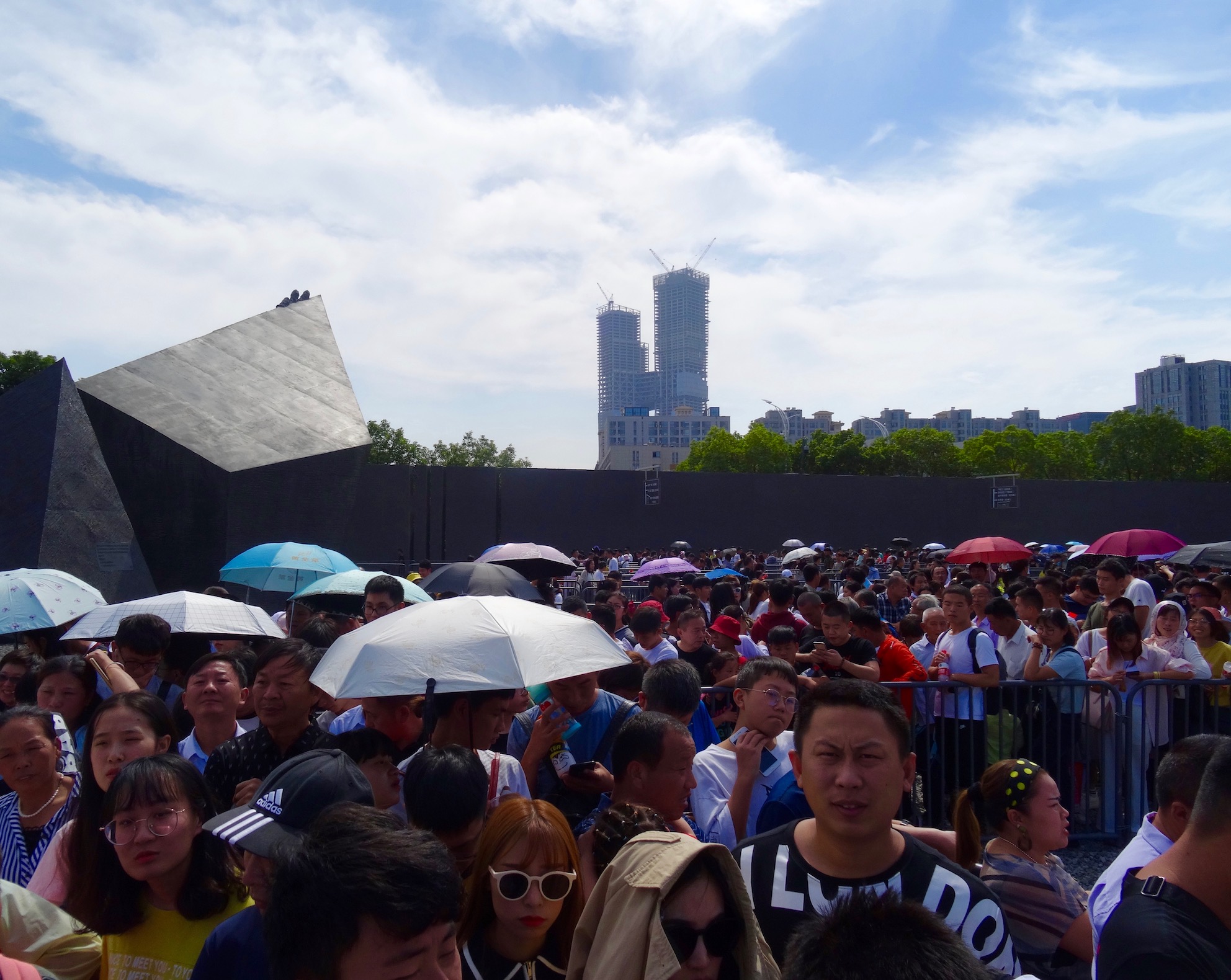 What I thought was the ticket office wasn’t the ticket office at all! Instead, I’d arrived at ANOTHER section of the queue housed in a giant courtyard. It was here that I realised the ticket offices had been closed altogether and that, for real this time, the museum entrance lay at the end of this latest line.

My iPhone stopwatch read two hours and twenty-five minutes when I finally made it into the museum. For that last onslaught I had to deal with an incredibly idiotic grandmother. She spent the entire time digging her nails into my back and trying to burrow her head under my elbows. I mean really, what was the ******* point? Grandma was quite persistent, but I defiantly stood my ground and made sure she failed in her attempts. It felt satisfying. 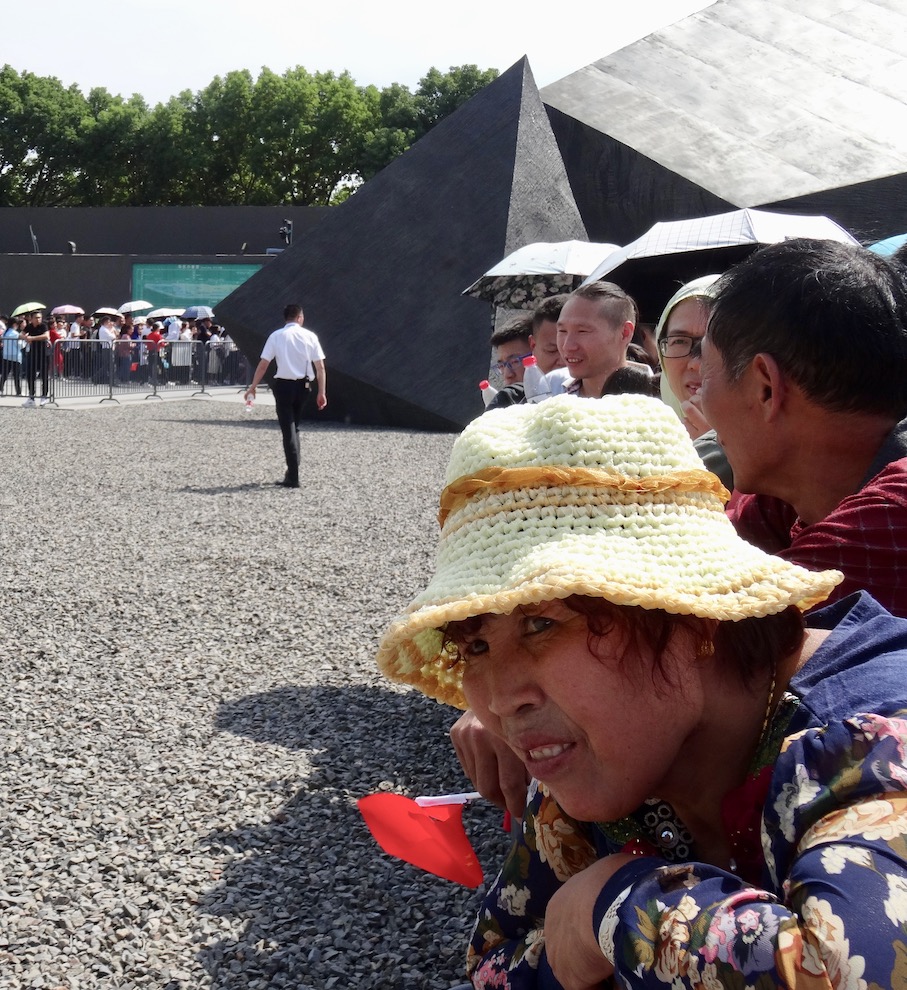 Grandma hovering behind me in the queue.

A huge wave of relief washed over me when I got inside and felt the air conditioning hit my sweaty face. So I sat down on a bench to cool down and reflect on what I’d just experienced. Having gotten my breath back, visited the men’s room and congratulated myself on getting this far, I headed down the escalator to begin my journey through one of the darkest stories in China’s history.