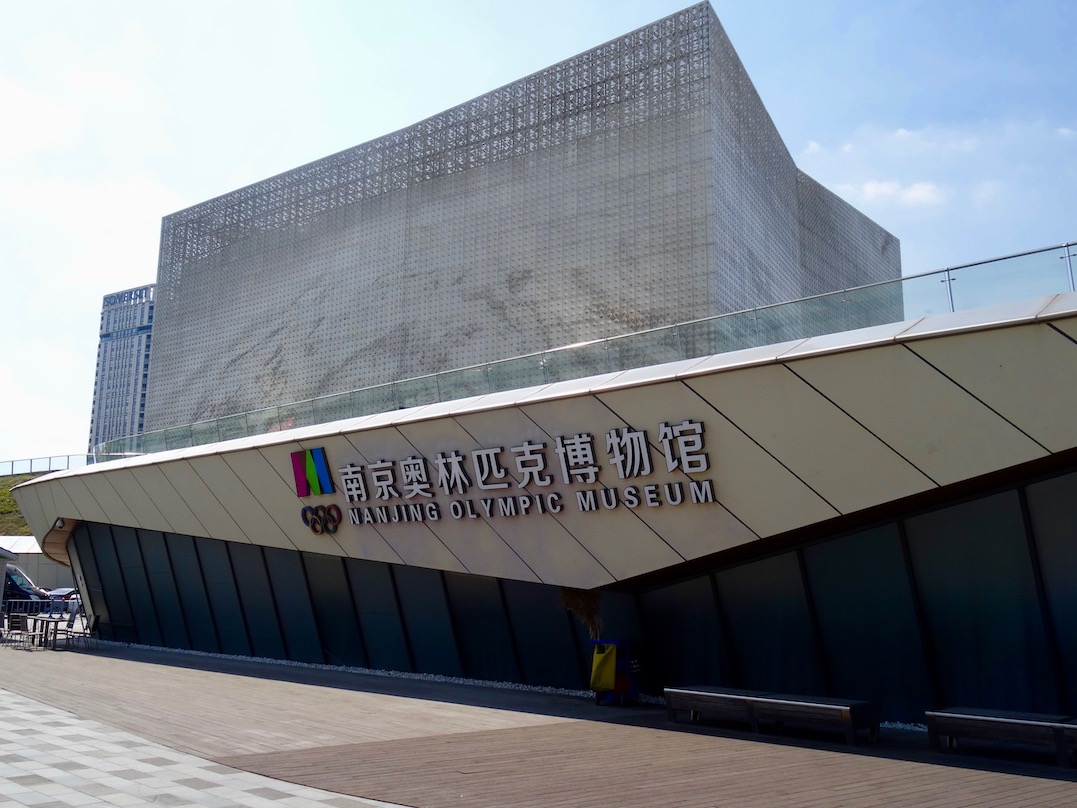 October 2018. I have to admit that I didn’t know about Nanjing Olympic Museum until I walked right into it! Jaylin and I were exploring Nanjing Youth Olympic Sports Park and boom, there it was. The museum opened in 2014 to celebrate the world’s second Youth Olympic Games, hosted in Nanjing.

Nanjing Olympic Museum ended up making a mockery of my low expectations! Sleek, spacious and highly interactive, the exhibits here are spread out over a massive eight thousand square meters. The exhibition kicks off with a detailed look at the history of The Olympic Games, as well as the evolution of sport in general. 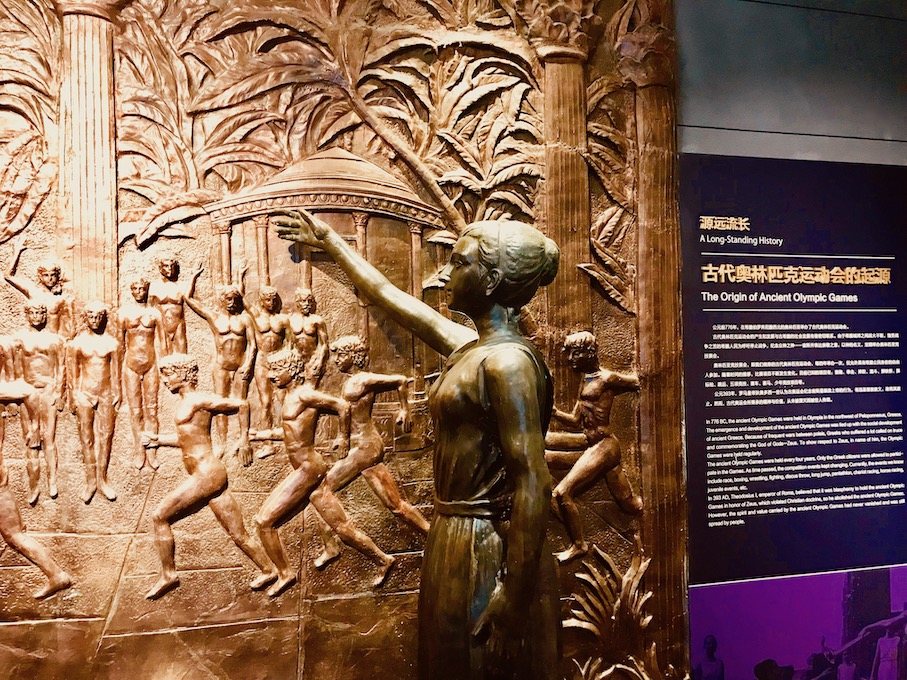 It was cool to reconnect with some key sporting moments from my childhood. There were photographs of Sebastian Coe’s 1500 meters Gold medal in 1984. Furthermore, and still a personal favourite, they also had video footage of Mary Decker’s infamous trip in the 3000 meters after a clash of legs with Zola Budd. 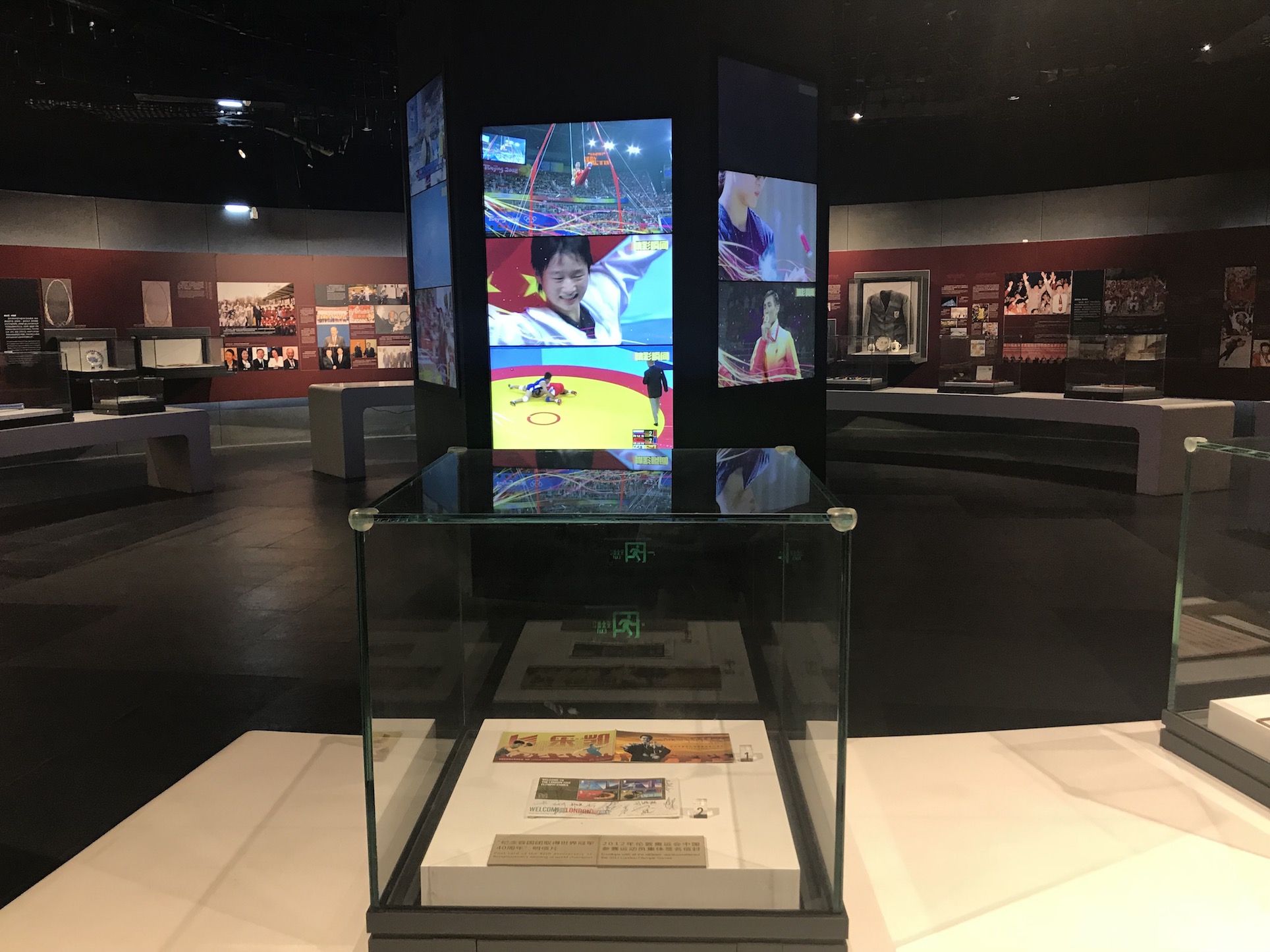 The museum certainly leaves no stone unturned in its quest to provide a complete overview of all things Olympic. Divided into four parts, after the Olympic History section you pass through giant halls on Nanjing & The Olympics, The Youth Olympics and an Interactive Experience Zone. 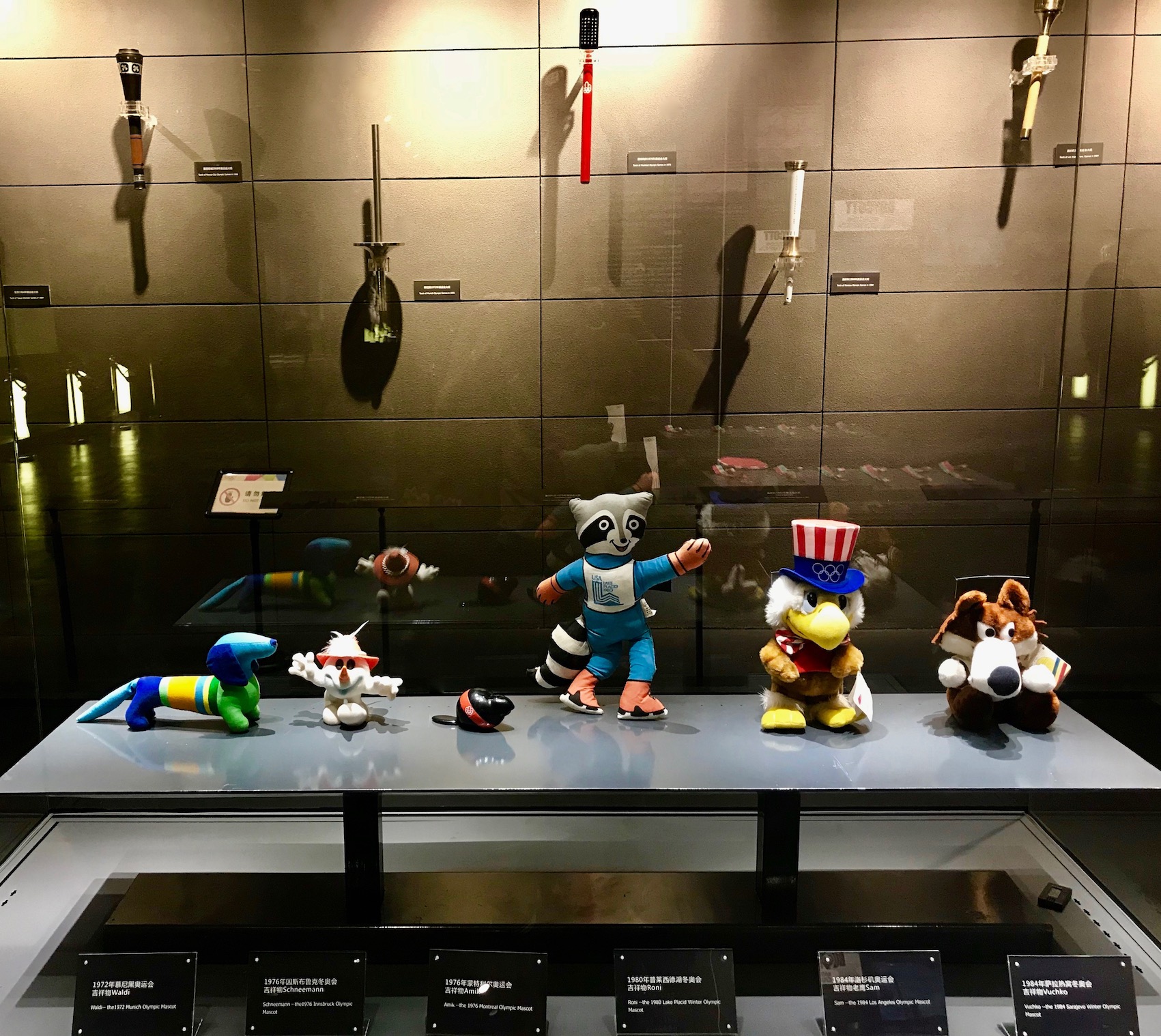 There are over a thousand historical Olympic items on display here. You’ve got magazines, signed programs, newspaper articles and sportswear. Moreover, there are medals, antique trophies, limited edition stamps, and loads of memorabilia.

My favourite section was definitely this display of old mascots, which ranged from the weird and wonderful to the slightly creepy and plain awful. Whatever your opinion, they are all collector’s items and consequently worth a small fortune! The raccoon pictured above is Roni, the mascot of the 1980 Winter Olympic Games. The event took place in Lake Placid, New York State. 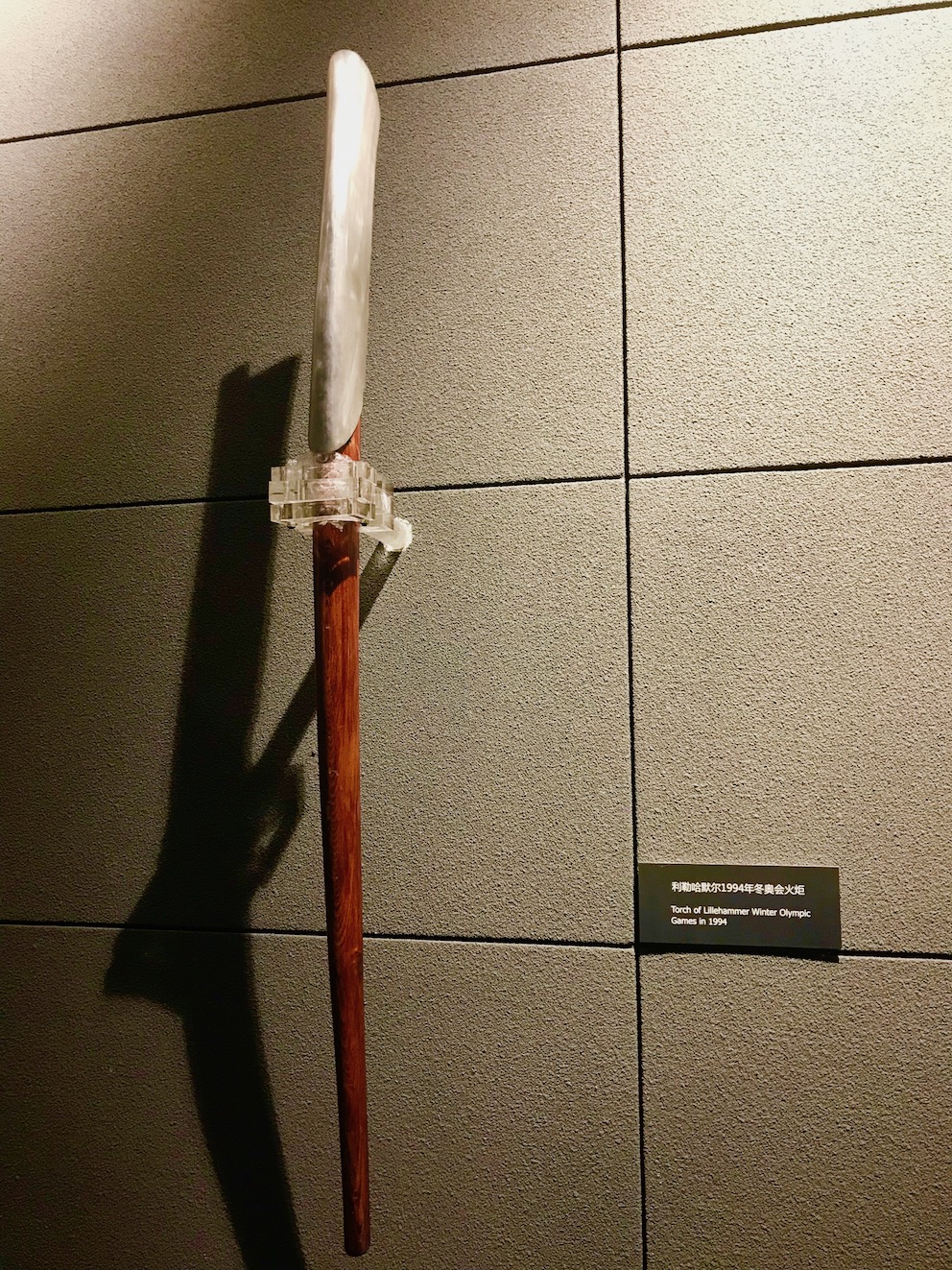 They’ve also got an excellent range of Olympic torches. This fearsome looking thing dates back to 1994’s Winter Olympic Games in Lillehammer, Norway. 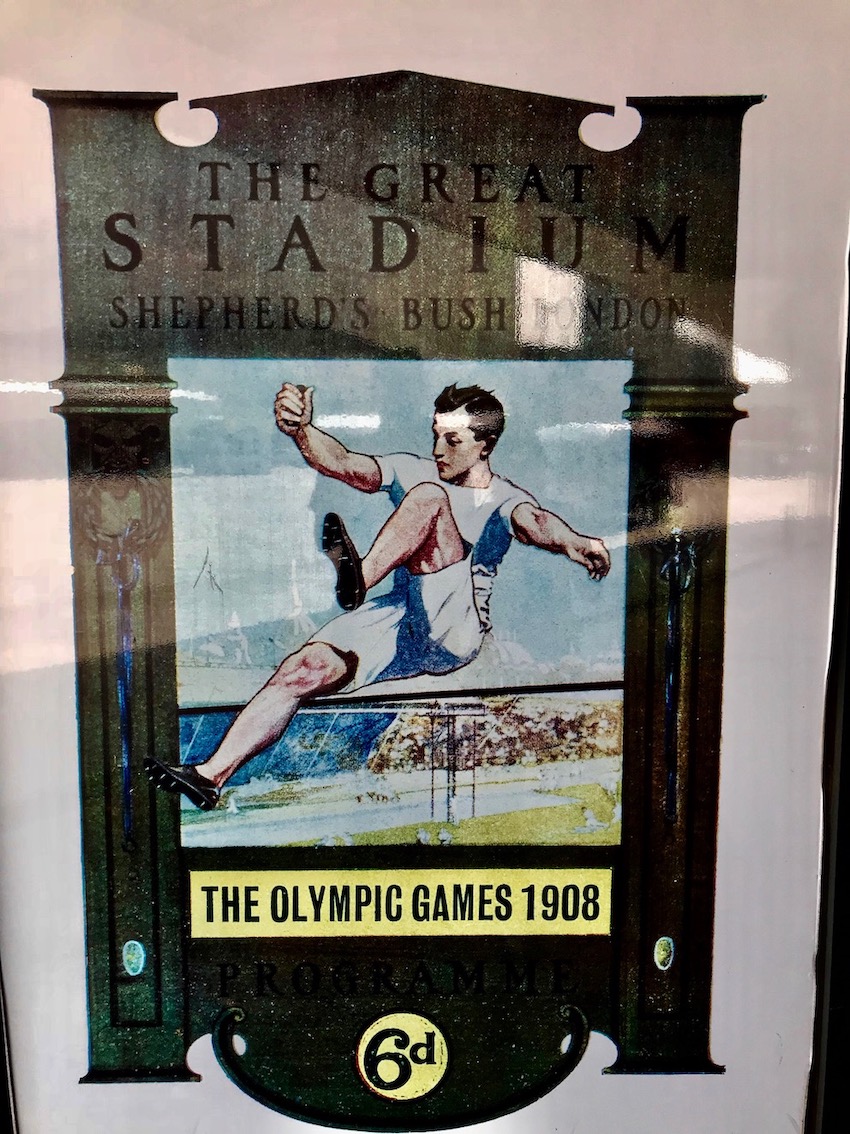 As an added bonus, I was delighted to catch this antique advertising board on my way out. The 1908 Summer Olympics took place in London, with most of the events hosted at White City Stadium, Shepherd’s Bush, in my home borough of Hammersmith! Oh how I’d have loved to pick this up and pop it in my backpack.

Nanjing’s Olympic Museum is free to enter. However, as with most Nanjing attractions you’ll need to show your ID to get in. It’s located in Nanjing Youth Olympic Sports Park in the southwest of the city and is best accessed by the subway station Yuantong (Line 1 red). Take Exit 4, it’s a 10-15 minute walk from there. 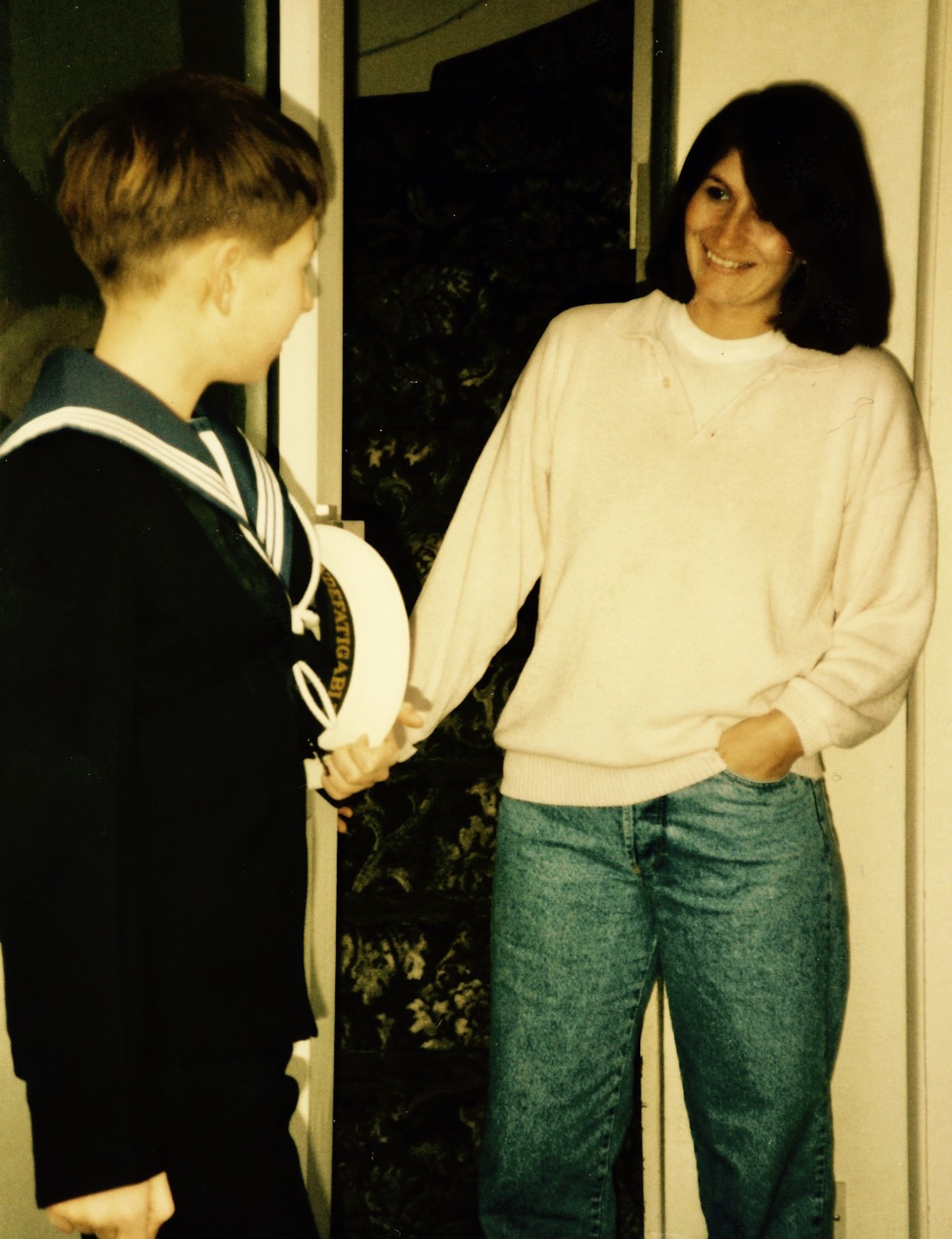 Like this? Have a look at more travel reports from around Nanjing Youth Olympic Sports Park.

And I’ve written more pieces on stuff to see and do in Nanjing.