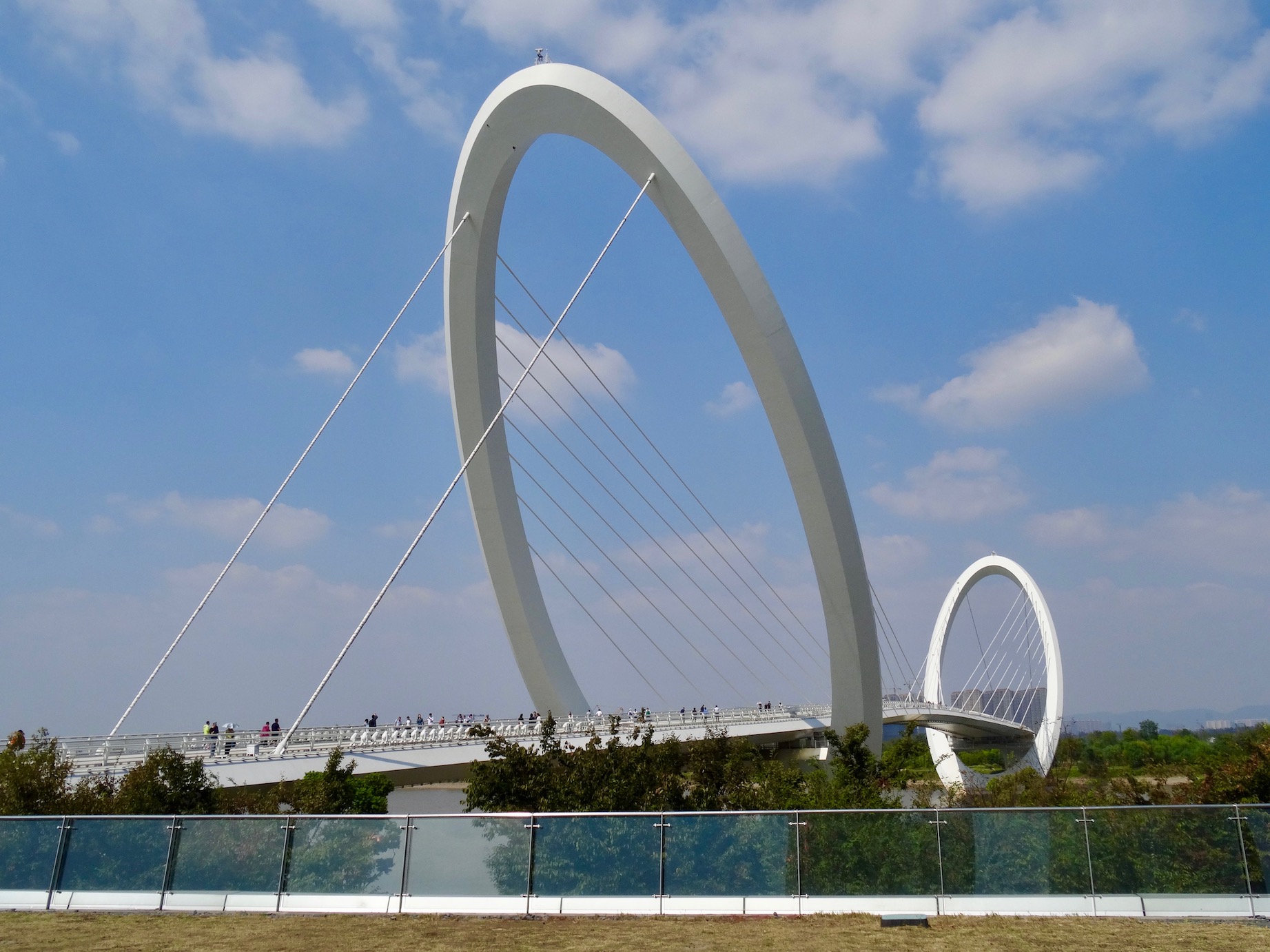 October 2018. There’s some really impressive architecture throughout Nanjing Olympic Park. The stylish Nanjing Eye is a steel pedestrian and cycle bridge spanning the Yangtze River. It connects Nanjing’s Youth Olympic Sports Park with Jiangxinzhou Forest Park. The bridge is free to cross and on a day like this there are fine views across the river, forest park and Olympic zone. 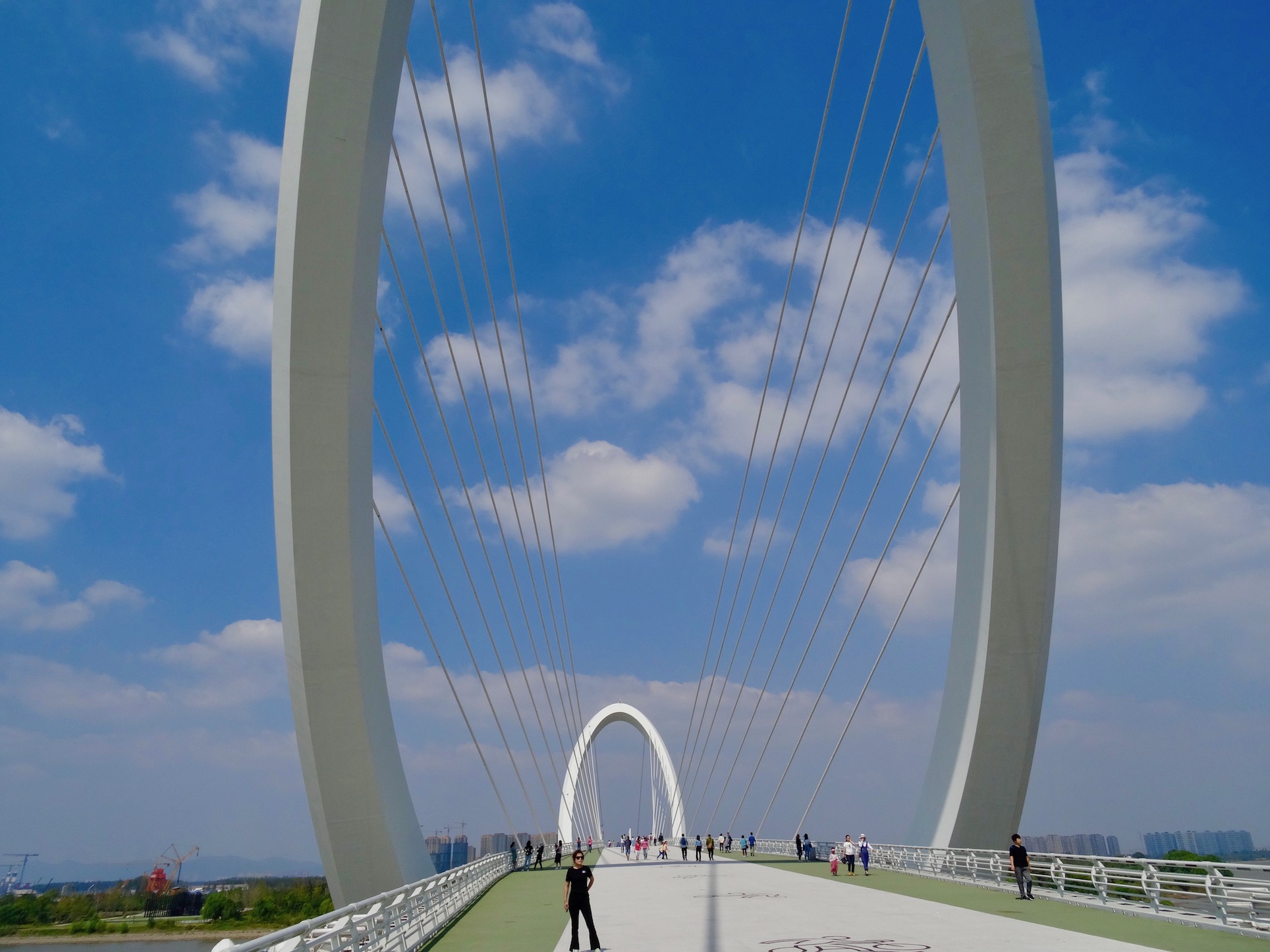 The bridge got its title following a naming competition. Apparently over 50.000 people within China and abroad sent in suggestions. Consequently, a local Nanjing girl’s suggestion scooped first prize! Her idea came from the bridge’s two eye shaped towers. 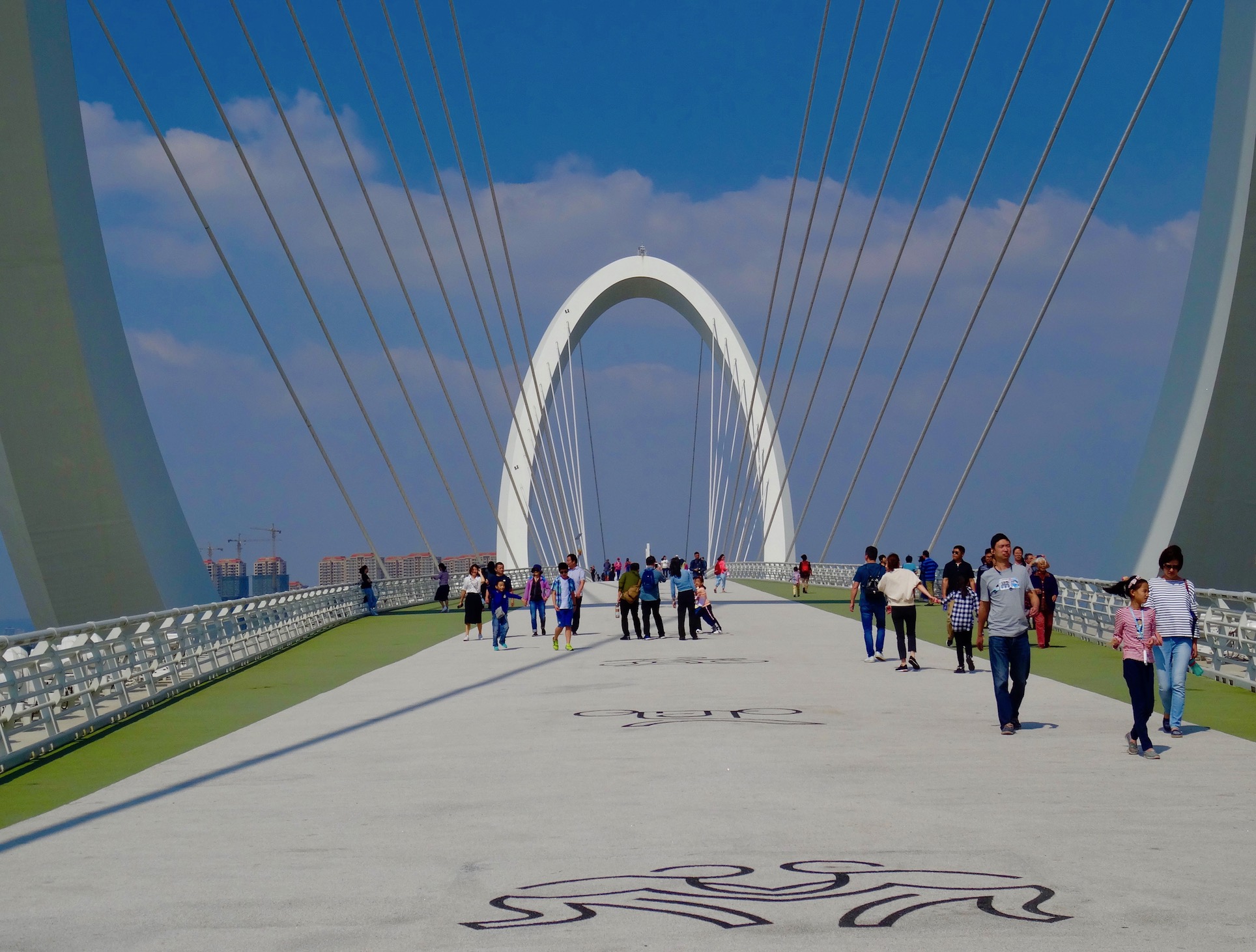 The bridge was built in 2014 during the second Youth Olympic Games, which took place right here in Nanjing. Today it stands as The Yangtze River’s first bridge solely for pedestrians and cyclists. 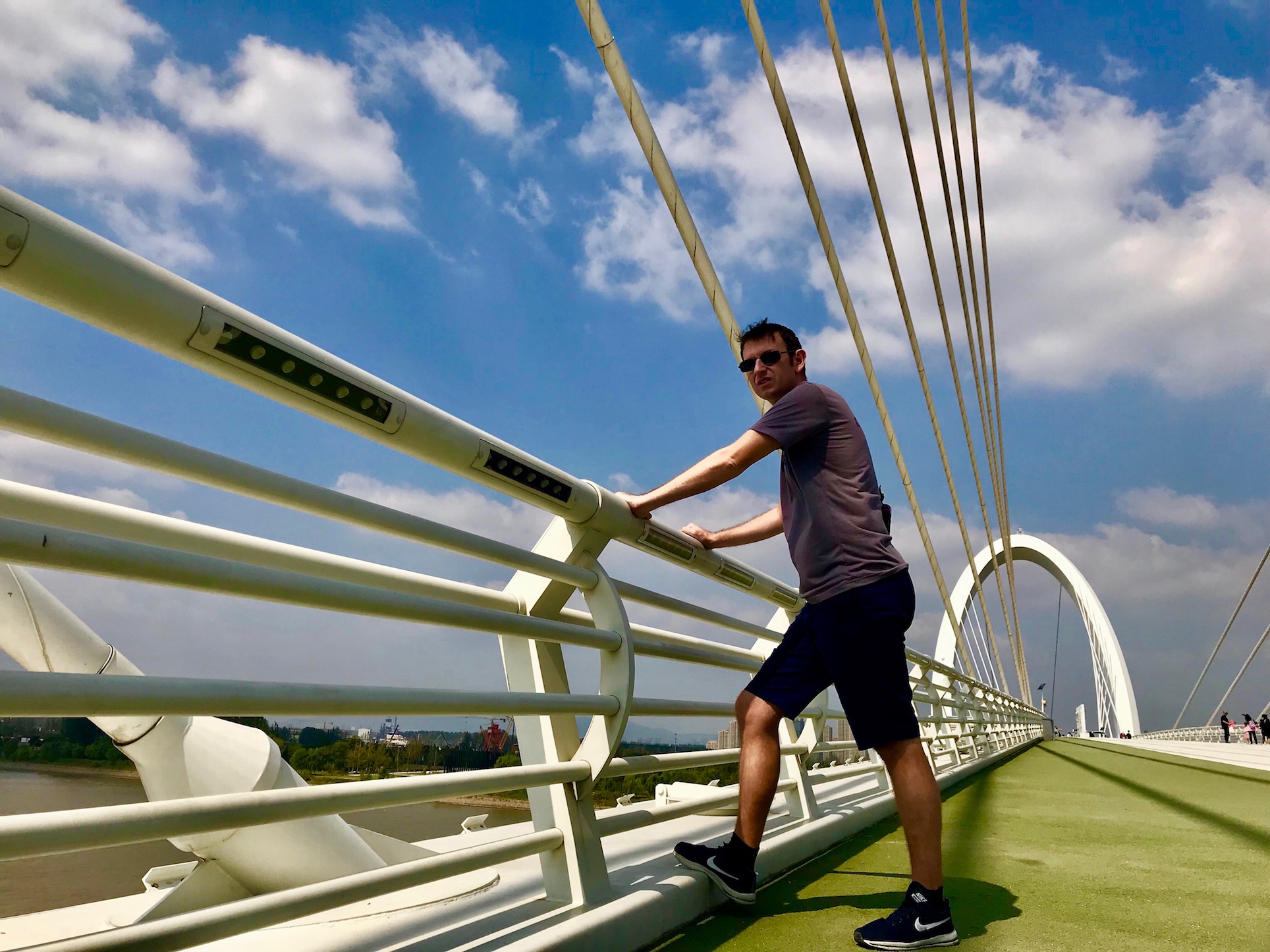 The bridge is surprisingly quiet all year round and indeed the Olympic Zone as a whole remains something of a hidden secret. In fact, from my five days in the city during Golden Week, this was by far the quietest spot. 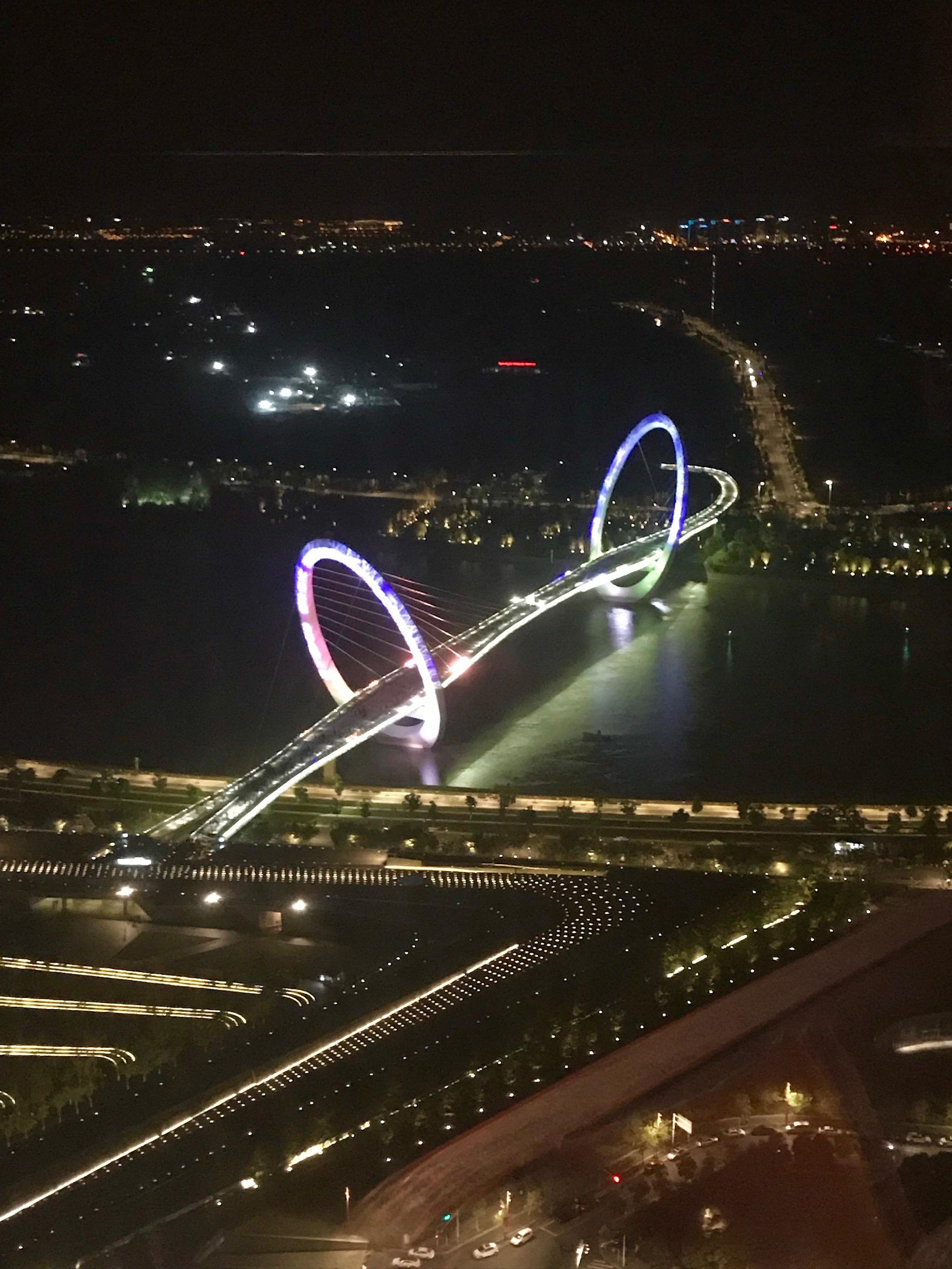 A view of the bridge from Jumeirah Hotel.

I took this night shot from the 41st floor bar at the Jumeirah Nanjing Hotel. The Nanjing Eye lies in the city’s Olympic Park in the southwest of the city. Take the subway to Yuantong (Line 1, red, exit 4). From there it’s a short walk.

For more on this under the radar district of the city, check out more articles from Nanjing’s Olympic Village.

Like this? Have a look at my other pieces from around Nanjing.