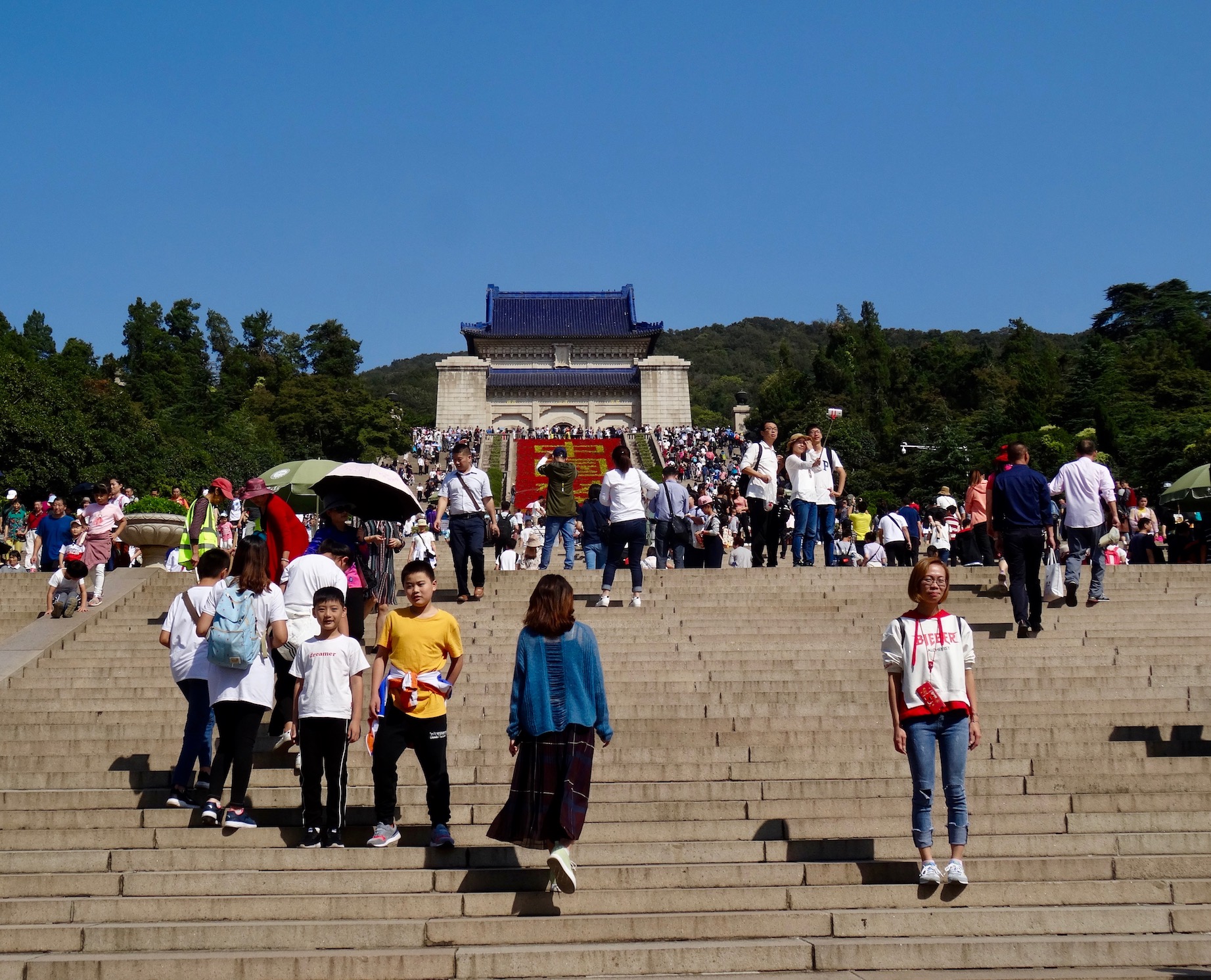 October 2018. It’s funny how us westerners know all about Chairman Mao, but when it comes to Sun Yat-sen, most folk have never even heard of him. This seems especially odd after you’ve taken the time to learn about his huge impact on Chinese history. Fondly tagged The Father Of The Nation, Sun Yat-sen was China’s first Republic President. He was a man who helped overthrow The Qing Dynasty and introduce a new political philosophy known as The Three Principles of the People. That’s Nationalism, Rights & Livelihood in case you were wondering. Today, visitors from all over the country come to the spectacularly located Sun Yat-sen Mausoleum to pay their respects. 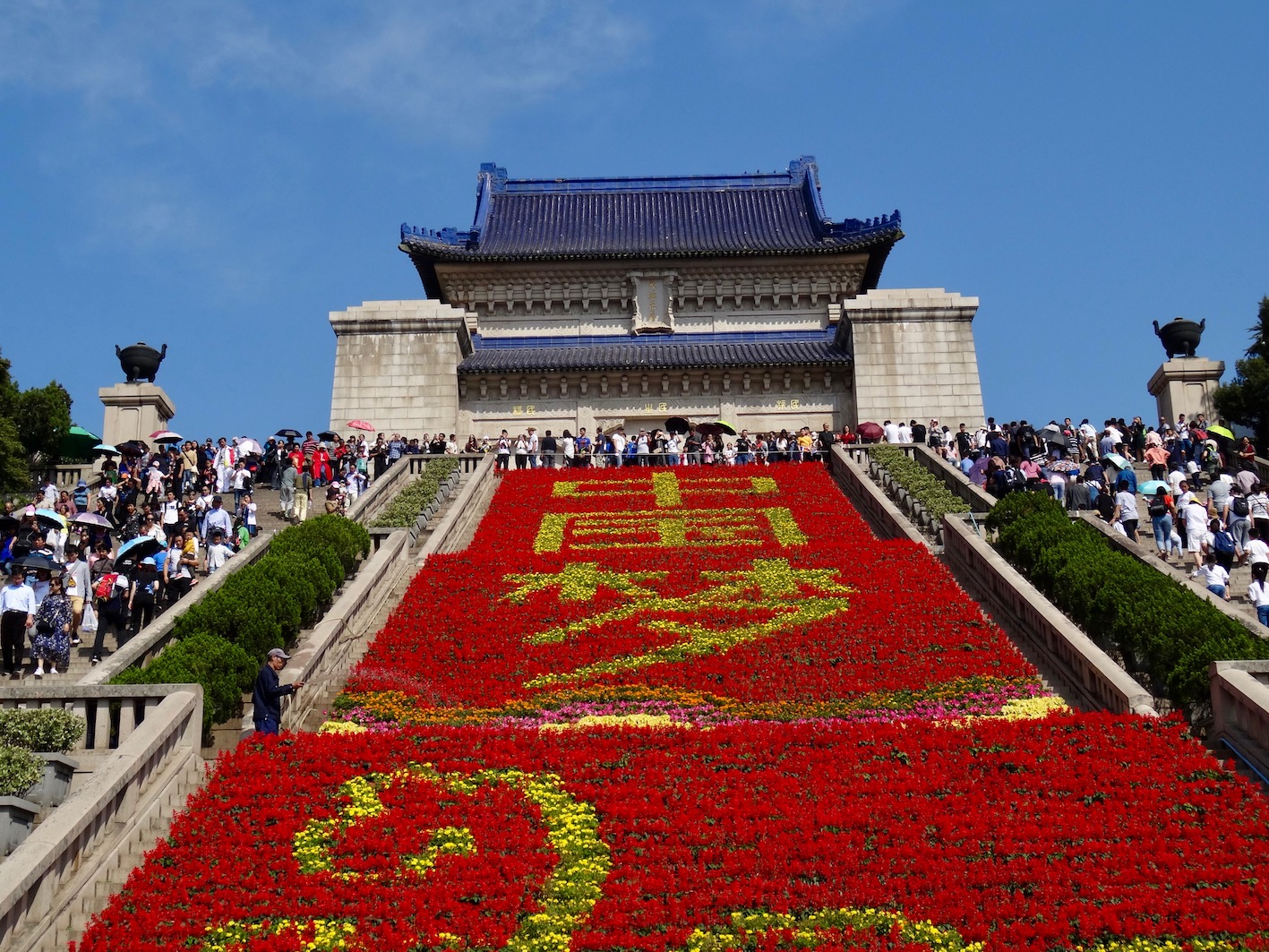 Sun Yat-sen Mausoleum stands deep in the heart of Zhongshan National Park at the foot of Purple Mountain. Having entered the park, you literally just follow the signs. Finally, you’ll arrive at this breathtaking 392 step staircase leading up to The Sacrificial Hall. My visit came during China’s frenetic Golden Week National Holiday, hence the place was packed. Thankfully though the complex is so massive it didn’t feel anywhere near as crazy as The Presidential Palace. Furthermore, there were no demotivating queues, as with Nanjing Massacre Memorial. 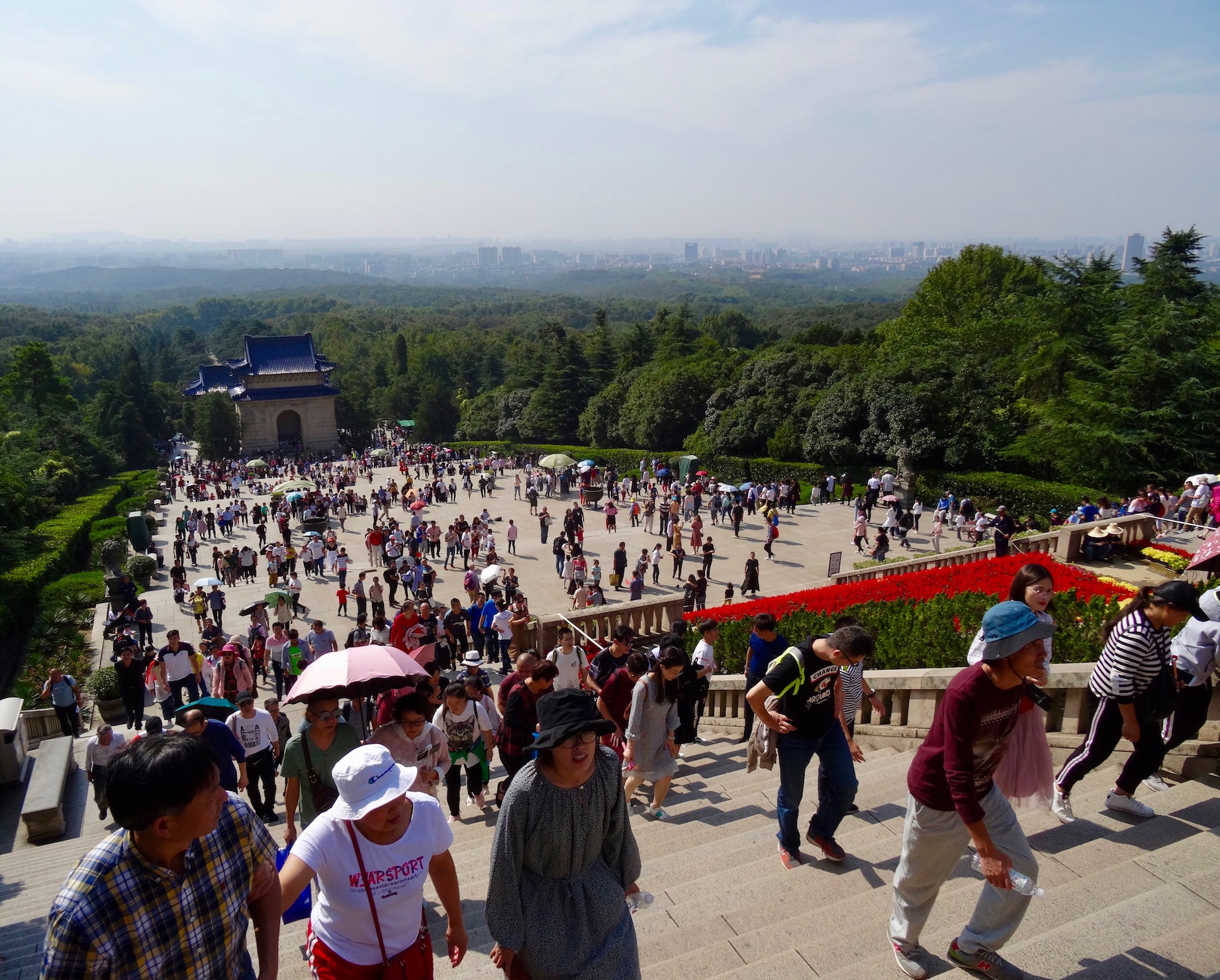 Sun Yat-sen died of liver cancer in 1925 at just 58 years old. He’d always expressed a wish to be buried in Nanjing, the ancient capital in which he’d lived and served as president. However, many historians insist he would not have approved of a grand and expensive mausoleum like this. Construction began in 1926 and took just under three years to complete. Subsequently, the government transferred his remains from Beijing to Nanjing and laid him to rest in the hall. 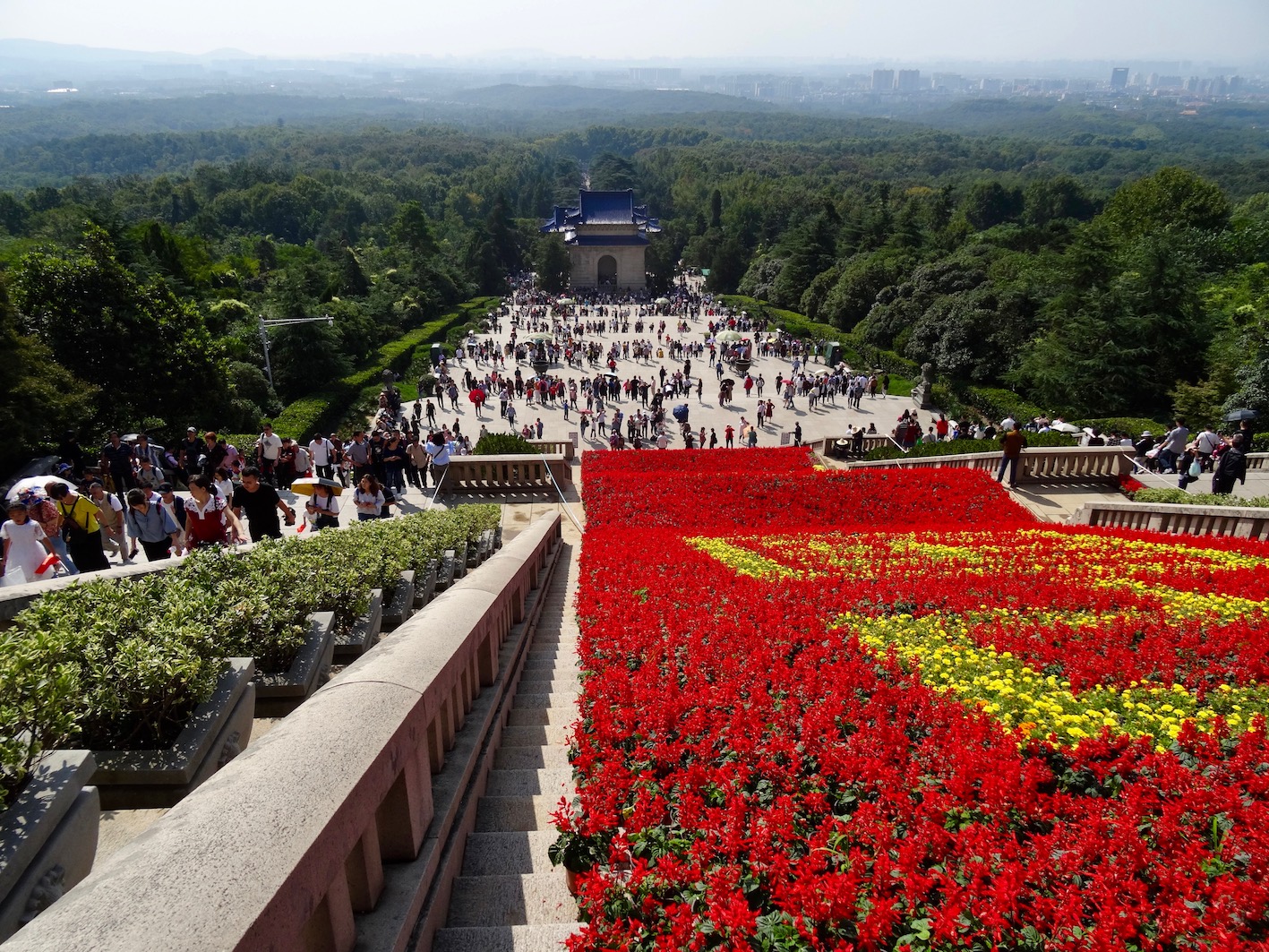 The views at the top really are wondrous! Once you’ve got your breath back, it’s time to enter the hall where photography is strictly forbidden. The Chinese characters above the entrance and exit arches read “of the people, by the people, for the people”. A huge statue of the great man dominates the interior and you are encouraged to keep moving all the way around. The sarcophagus itself lies out of view behind a set of closed doors. 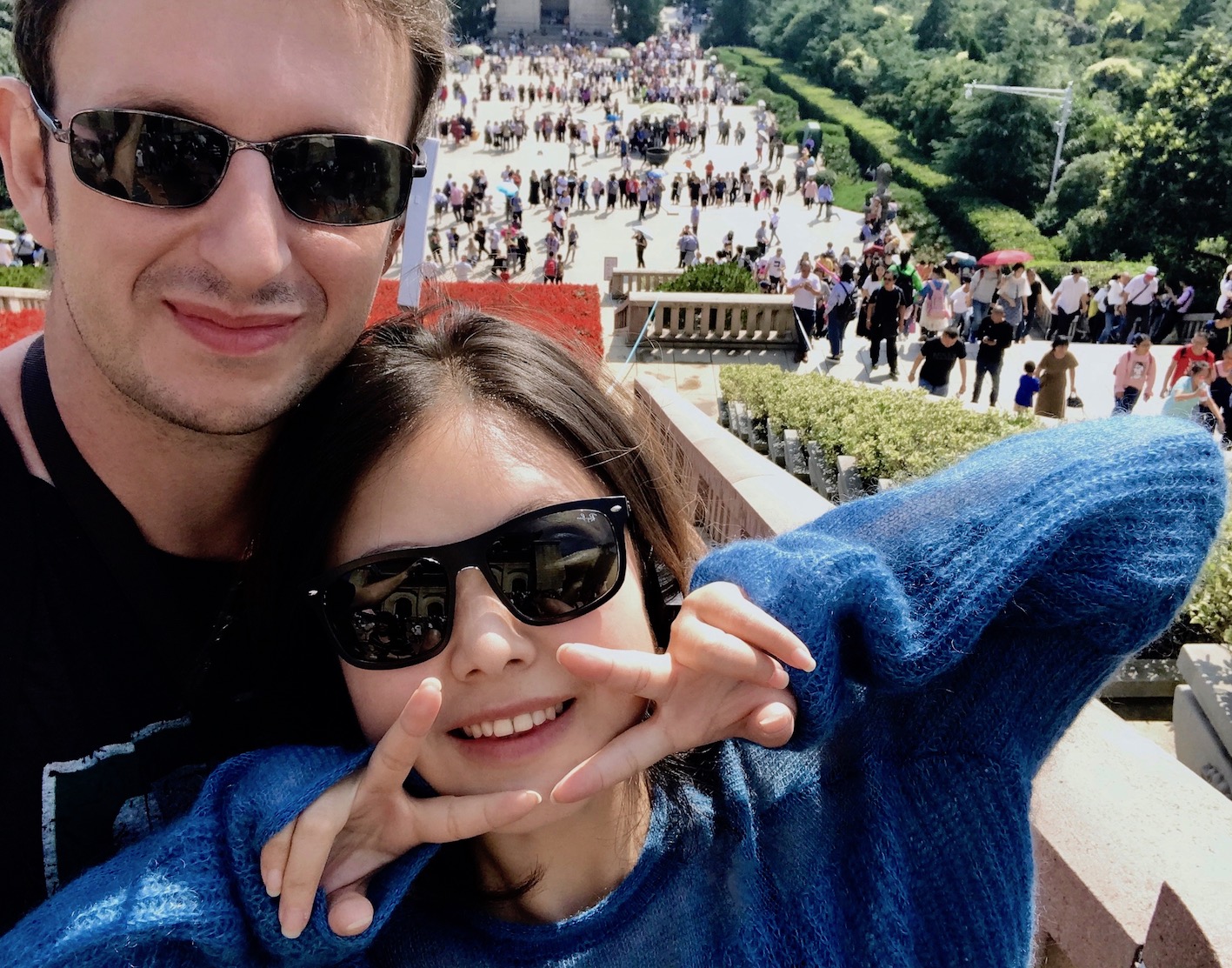 God forgive me for doing the selfie thing at a place like this. I didn’t want to I promise, but Jaylin was very keen. All the cool kids were doing it and.. you know, when in Rome. 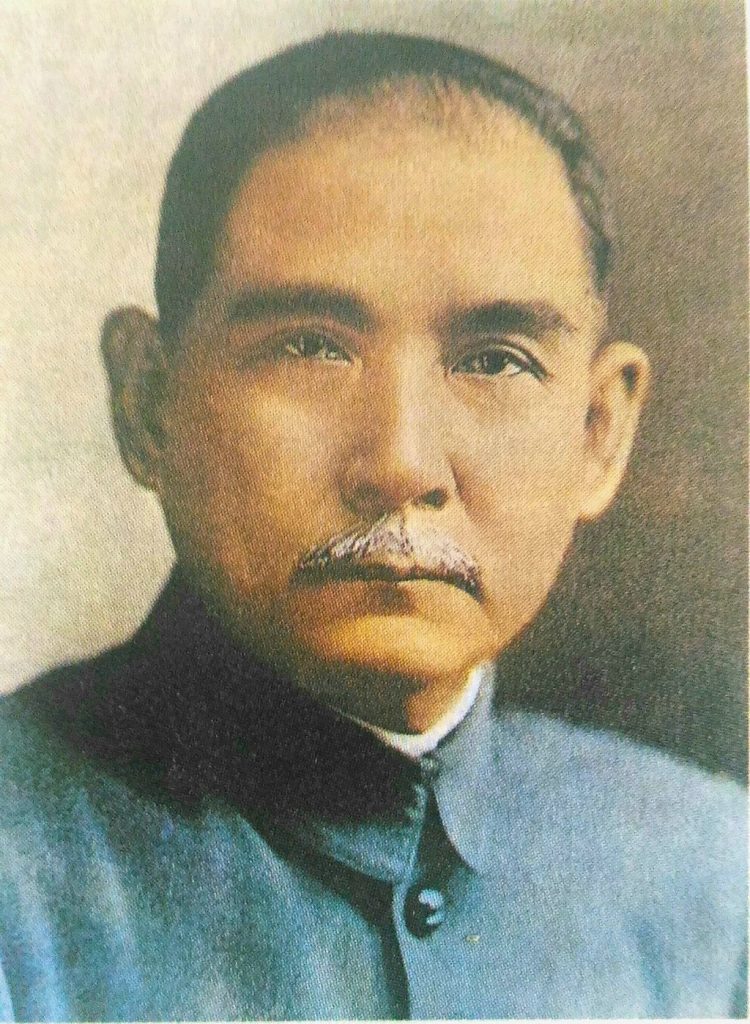 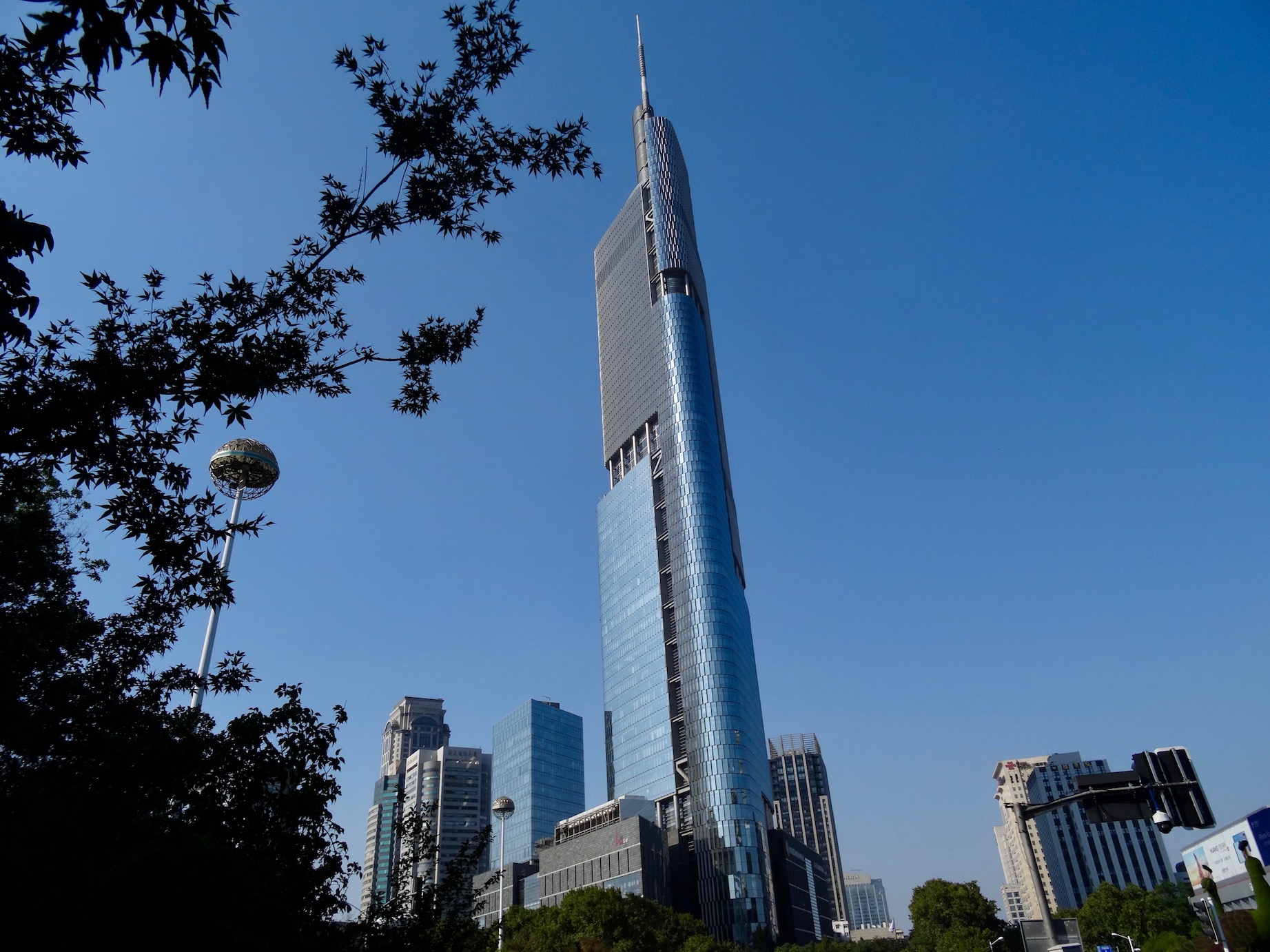 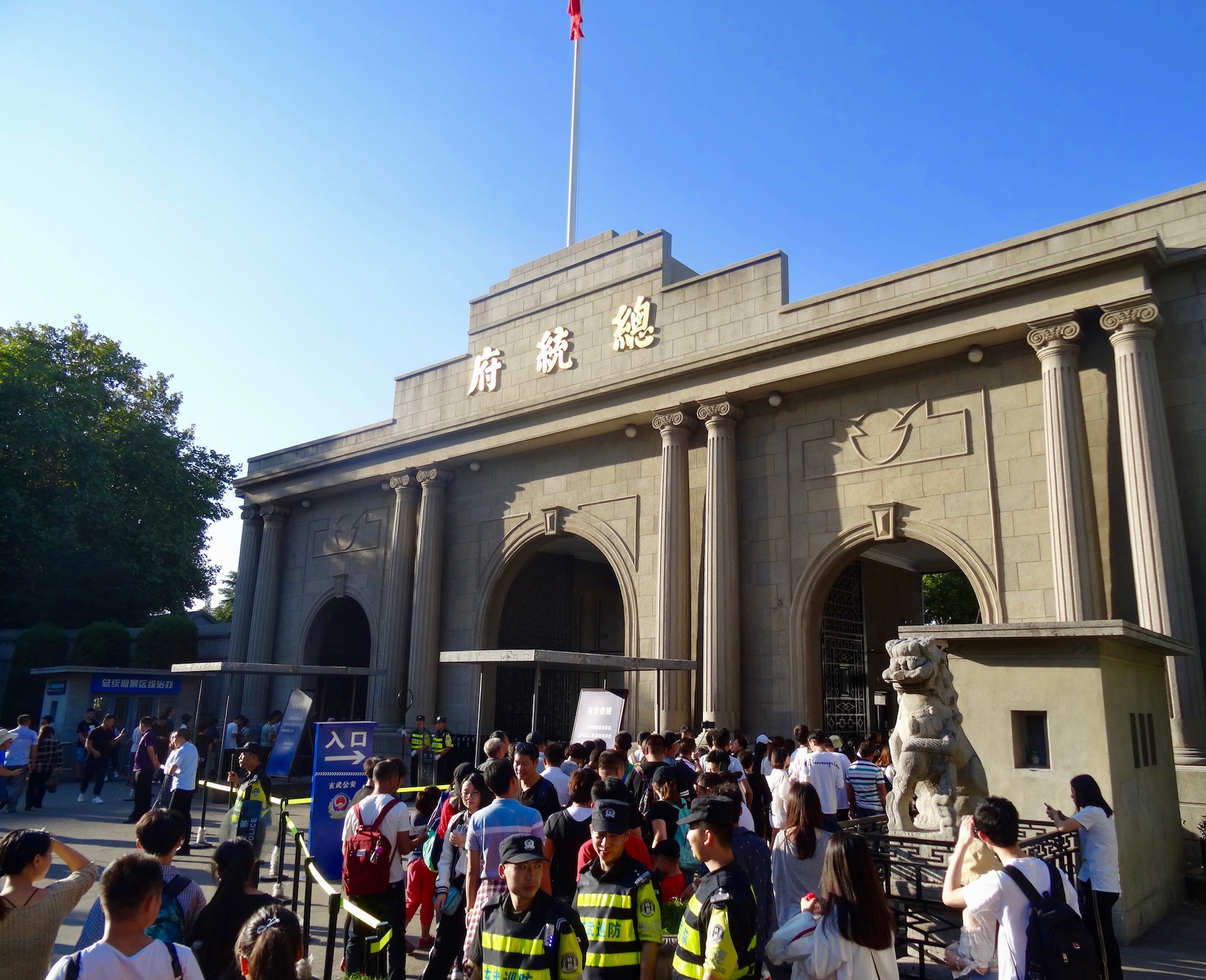 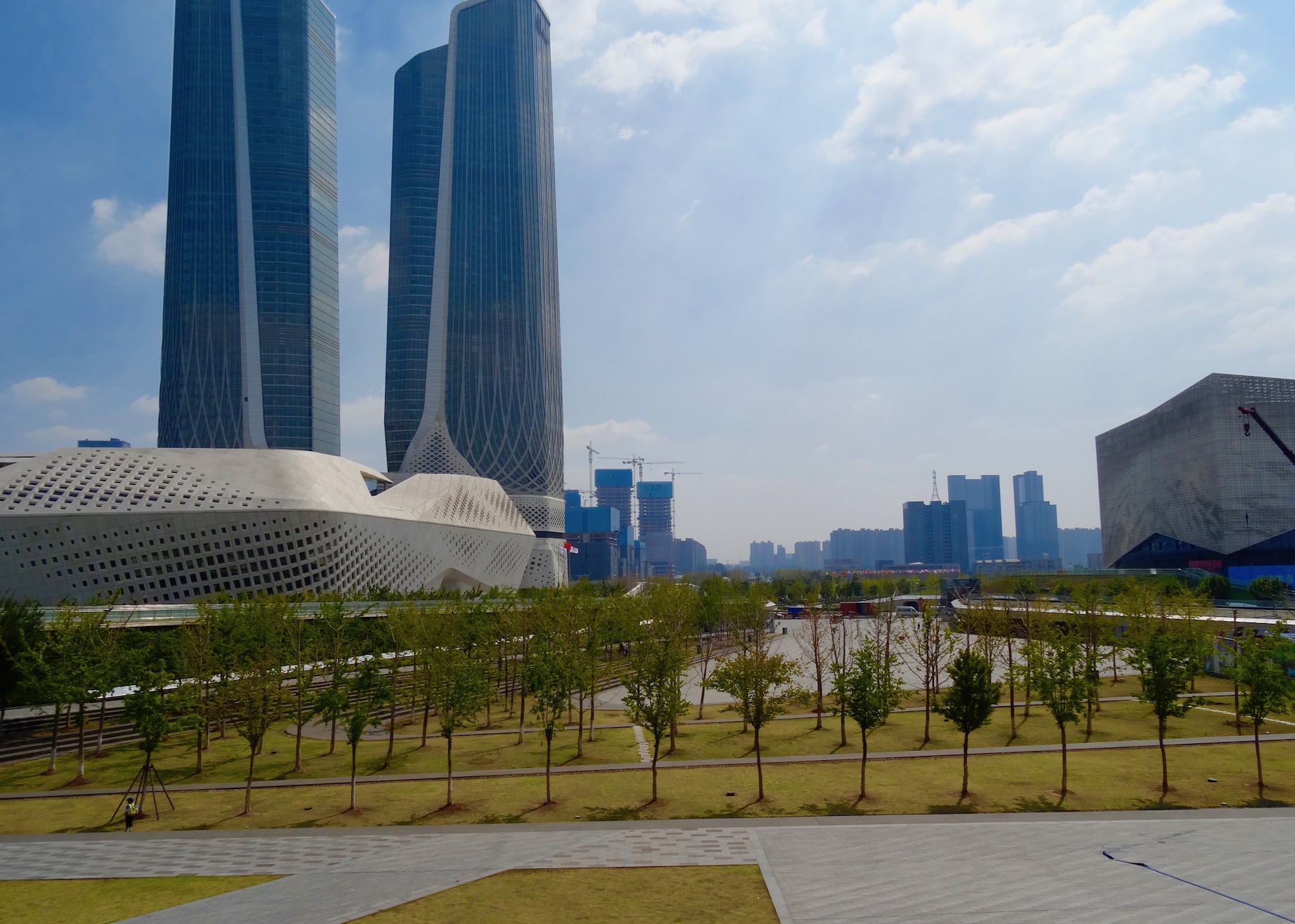