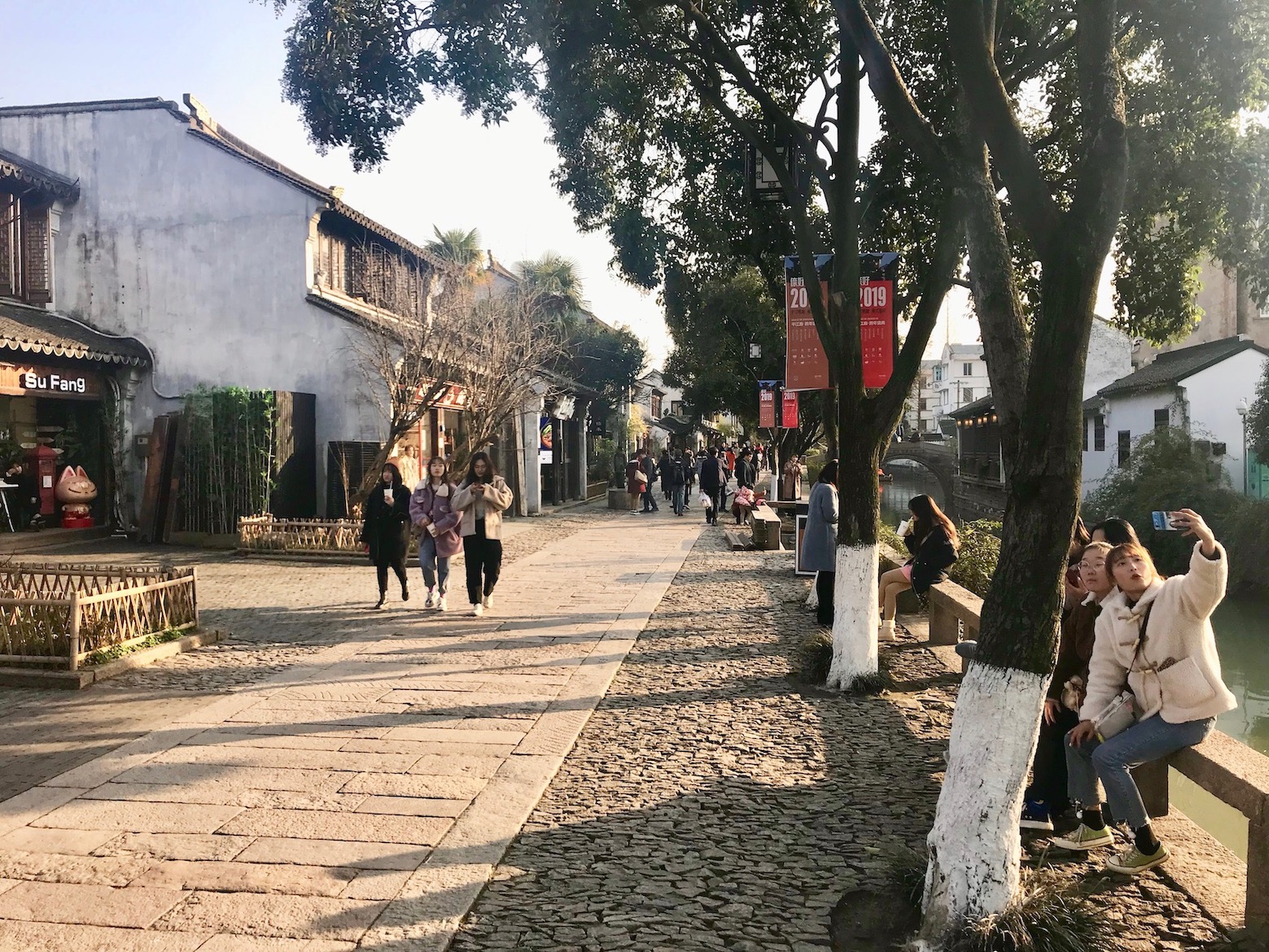 December 2018. For all my complaints about life as a foreigner in China, I can’t grumble about the country’s super reliable travel infrastructure. Take my trip to Suzhou for example. 1. A thirty minute DiDi from my apartment to Ruian Railway Station. 2. A punctual, comfortable, high-speed five and a half hour train to Suzhou Railway Station. 3. Another hailed DiDi, (via an emergency visit to Starbucks) to my Suzhou hotel in just twelve minutes. From there, I swiftly checked in to my expectation-smashing double ensuite at Zhuimei Hotel on Guanqian Street. Finally, after a long but smooth day’s travel, it was time to enjoy some authentic Suzhou action. Affectionately tagged “The Venice of China”, this amazing city is home to an abundance of pretty canal streets. My first stop was Pingjiang Road, a beautifully restored historical street dating back to the South Song dynasty. 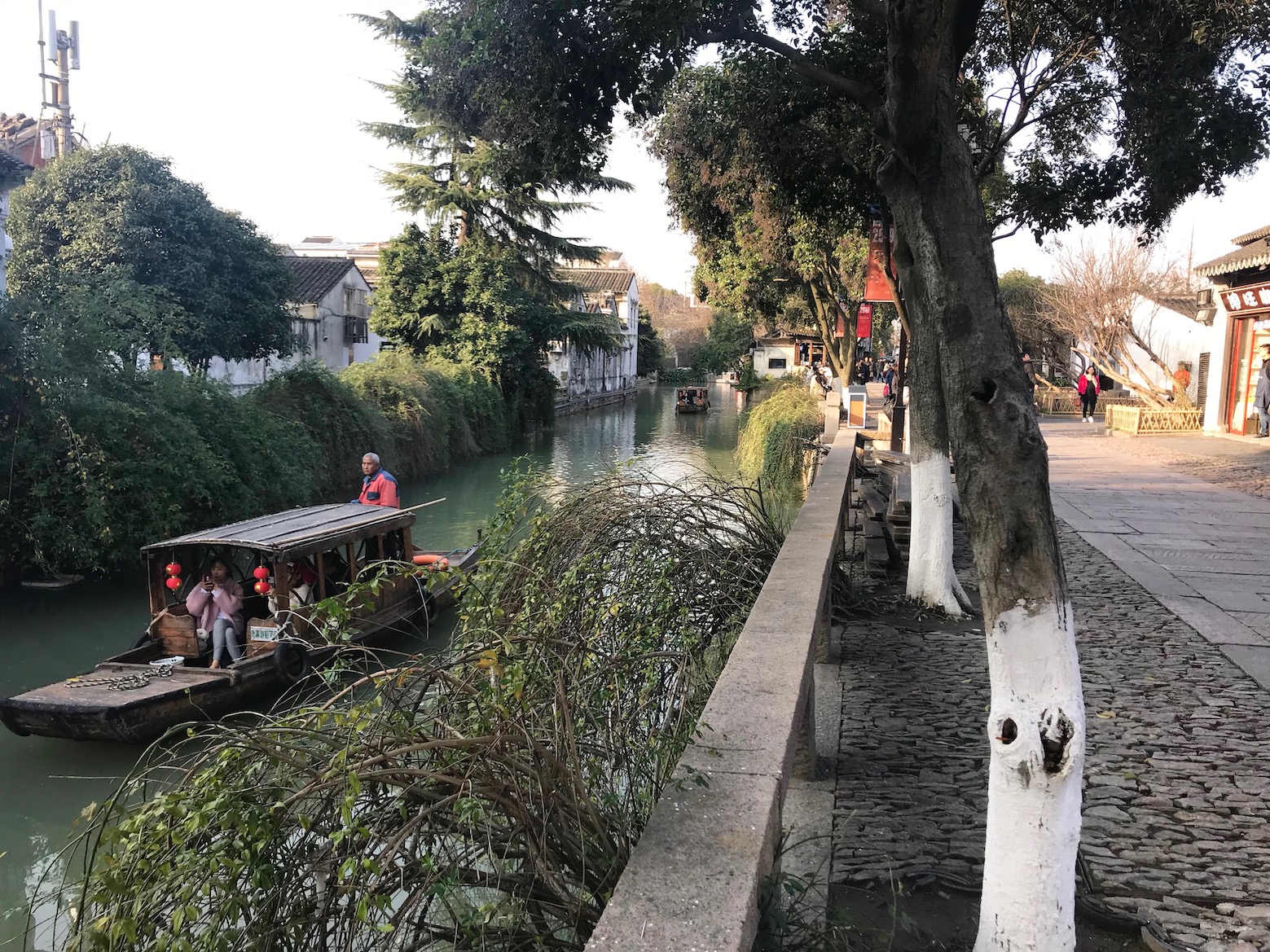 It was Christmas Eve and Pingjiang Road’s wintry beauty did much to get me into the festive spirit as I made my way down its 1,606 metre pedestrianised stretch. On one side you’ve got trendy boutiques, beautifully designed cafes and cutesy stores. On the other the gently flowing, emerald green canal of The Pingjiang River. December is very much the off season for Suzhou. Therefore I was easily able to stroll in peace, stopping here and there to watch the occasional barge float by.

If Pingjiang Road has a focal point, it’s almost certainly the pretty brownstone arch of Hu Xiang Shi Bridge. A number of Suzhou’s canal cruises duck into Pingjiang Road and pass under the bridge. 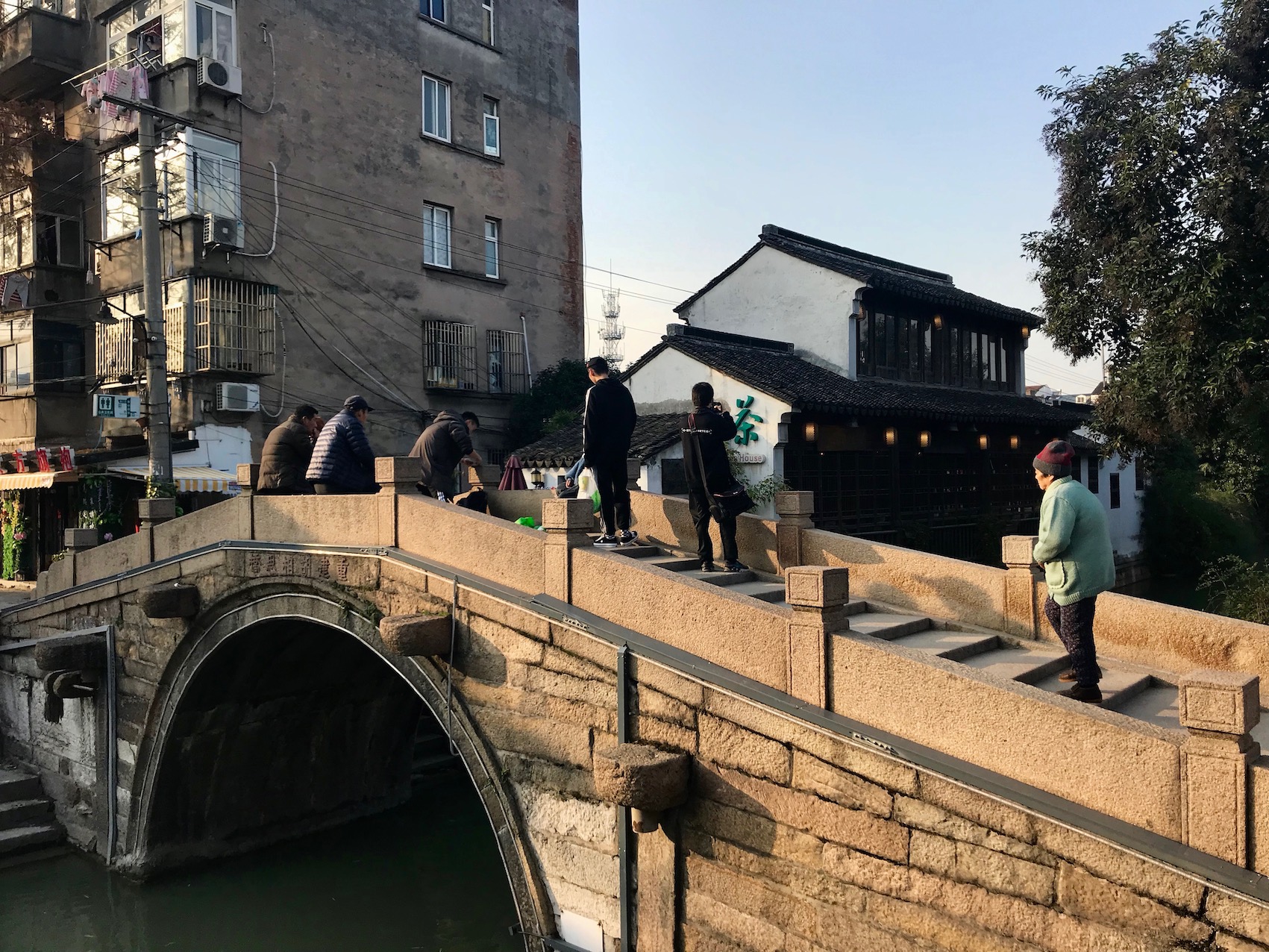 Hu Xiang Shi Bridge was named after a noted military officer named Hu who lived in one of the nearby eastern side alleys. According to the little information board, this is “the only remaining single grand stone arch bridge in the Ping Jiang district”. Which I guess must be impressive, right? 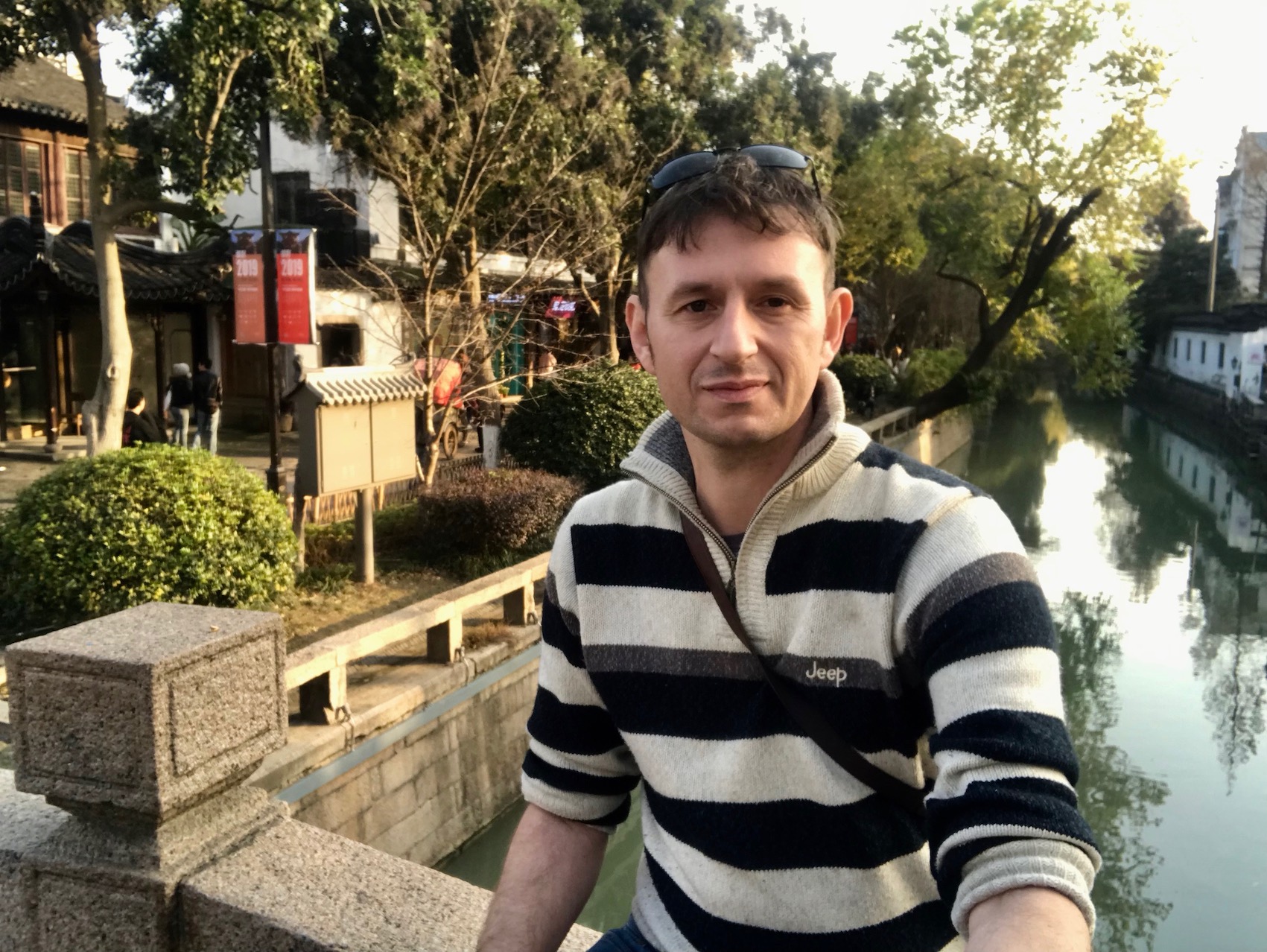 Hu Xiang Shi Bridge is a tiny little thing. Hence it can be tricky to edge yourself into a prime photo spot as you compete with jostling Chinese tourists. The dude trying to pedal cheap Suzhou souvenir tat alongside his girlfriend and dog hardly helped matters. However, in the end I got the selfie I needed and could only conclude that my Christmas trip had gotten off to a great start! 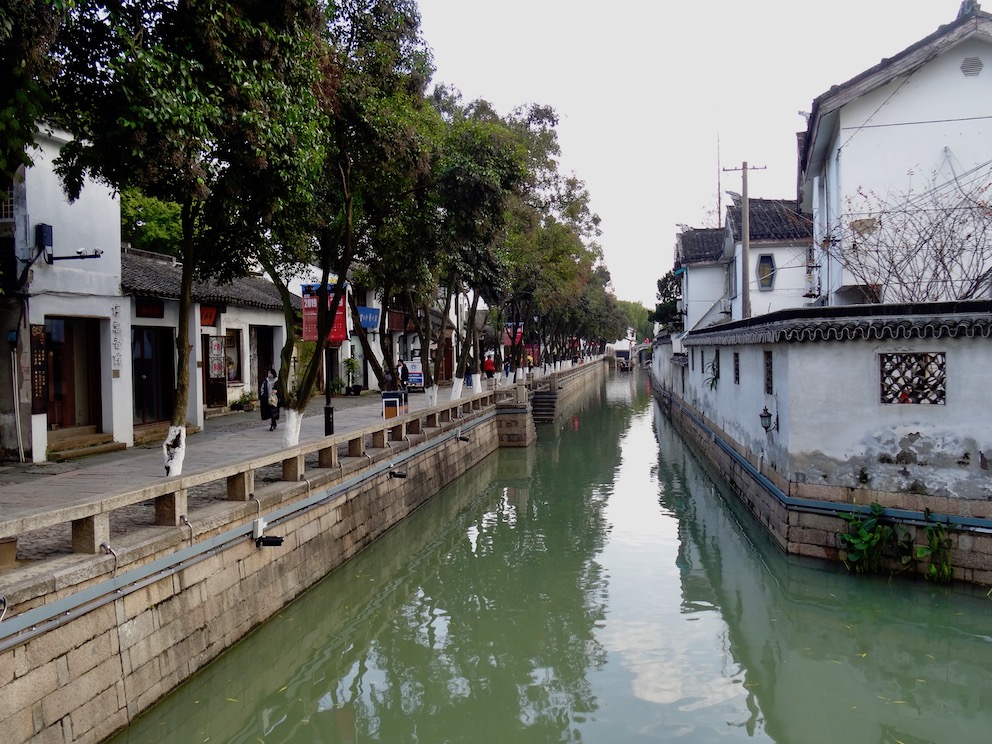 For more on my Christmas wander down this beautiful Suzhou canal street, have a read of my article:

You can also read more about this cool city with my travel guide to Suzhou, or maybe delve further afield with my stacks of reports from across China.