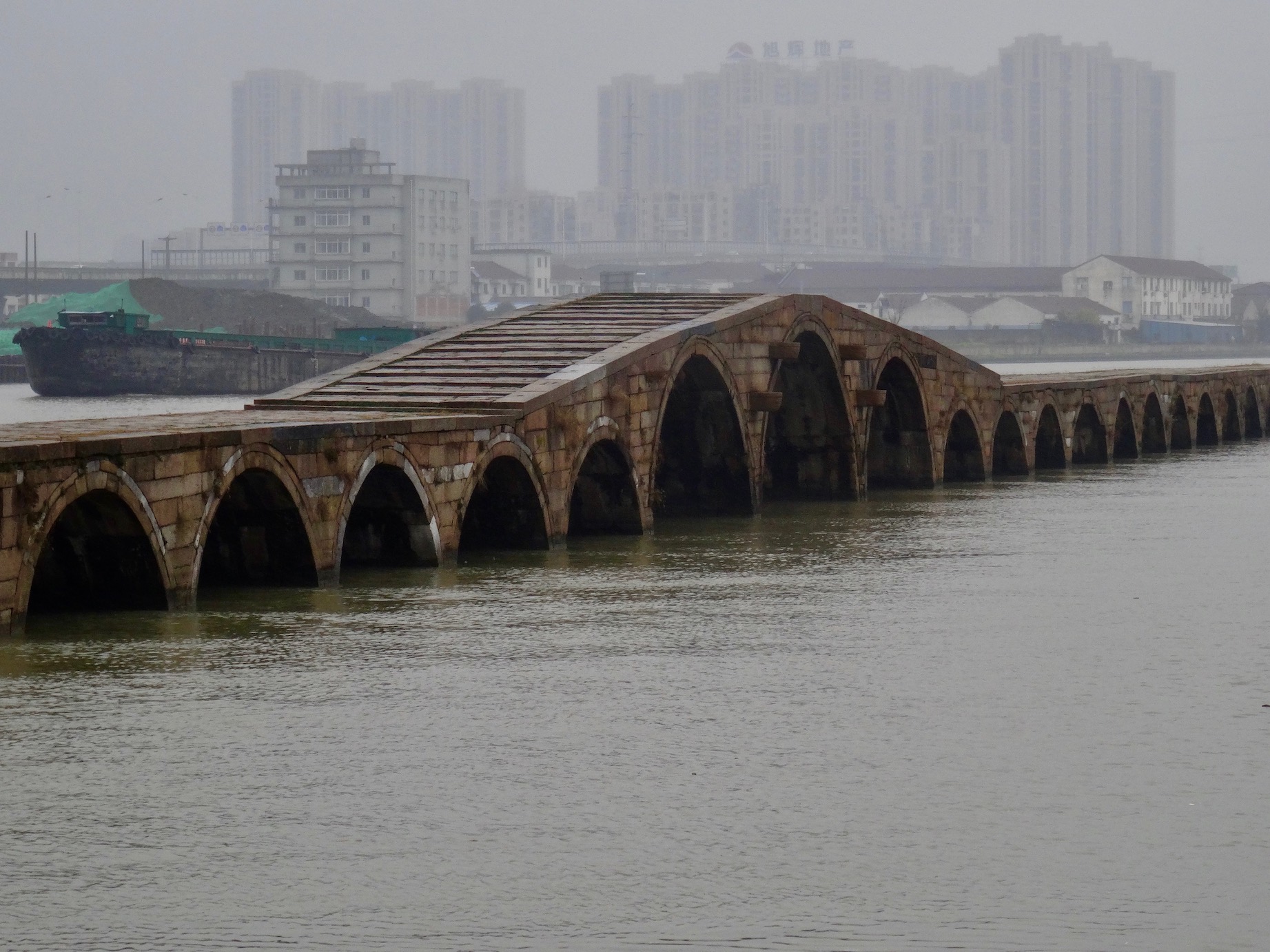 December 2018. Of all the exquisite bridges on offer in the city of Suzhou, Precious Belt Bridge is certainly the most unique and curious of all. Located twenty minutes outside Suzhou’s city centre, this incredible 53 arch stone structure remains largely unloved by the masses. Generally people can’t be assed to visit stuff that isn’t super central and easy to reach. Especially Chinese tourists! Known locally as Baodai Bridge, this 316 metre beauty dates all the way back to The Tang Dynasty (618-907). Moreover, it was built in tribute to a famous Suzhou governor, Wang Zhongshu. 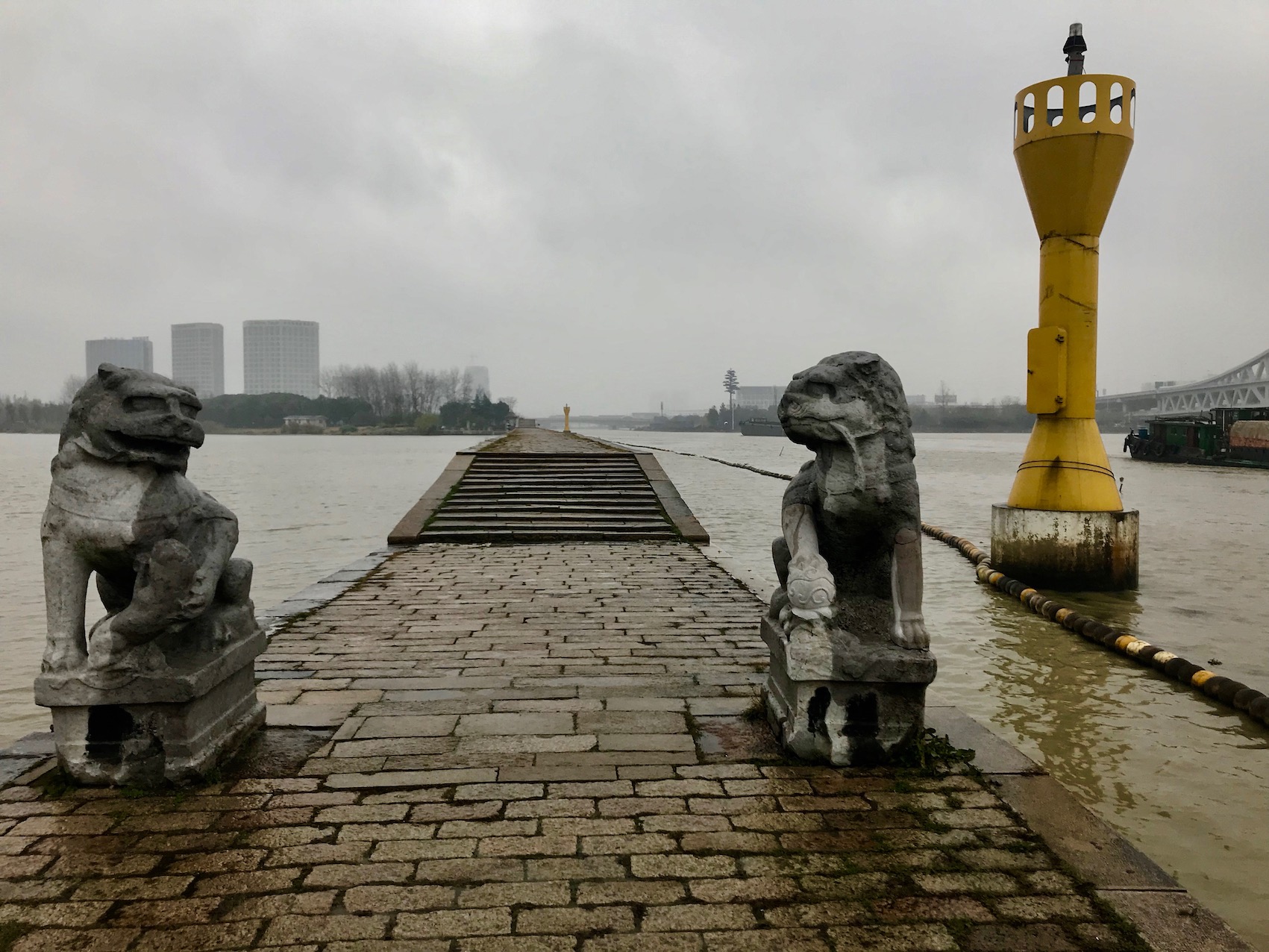 Precious Belt Bridge was even less popular on the day of my visit, when the AWFUL weather almost led me to abandon my attempts to cross it. I was sitting in Starbucks waiting for the rain to subside and marvelling at just how grey a city skyline can actually look.

Finally, I got bored of waiting for an improvement and hailed a DiDi to take me directly to the bridge’s southern entrance. At some point during the ride over the driver actually asked me if I really wanted to go through with it! At last we reached our destination and out I jumped into the freezing cold. Even these stone lions seemed to be shivering.

My Precious Belt Bridge experience was so damn cold and wet I just had to record a quick video to remind myself of how crappy the conditions were that day. I was so cold apparently that I couldn’t even say the word “citizens” properly. What I hadn’t counted on was the sudden appearance of a hardy old Chinese couple, who proved amazingly cheerful as they strode past me. It was a cute moment that did much to lift my waning spirits. 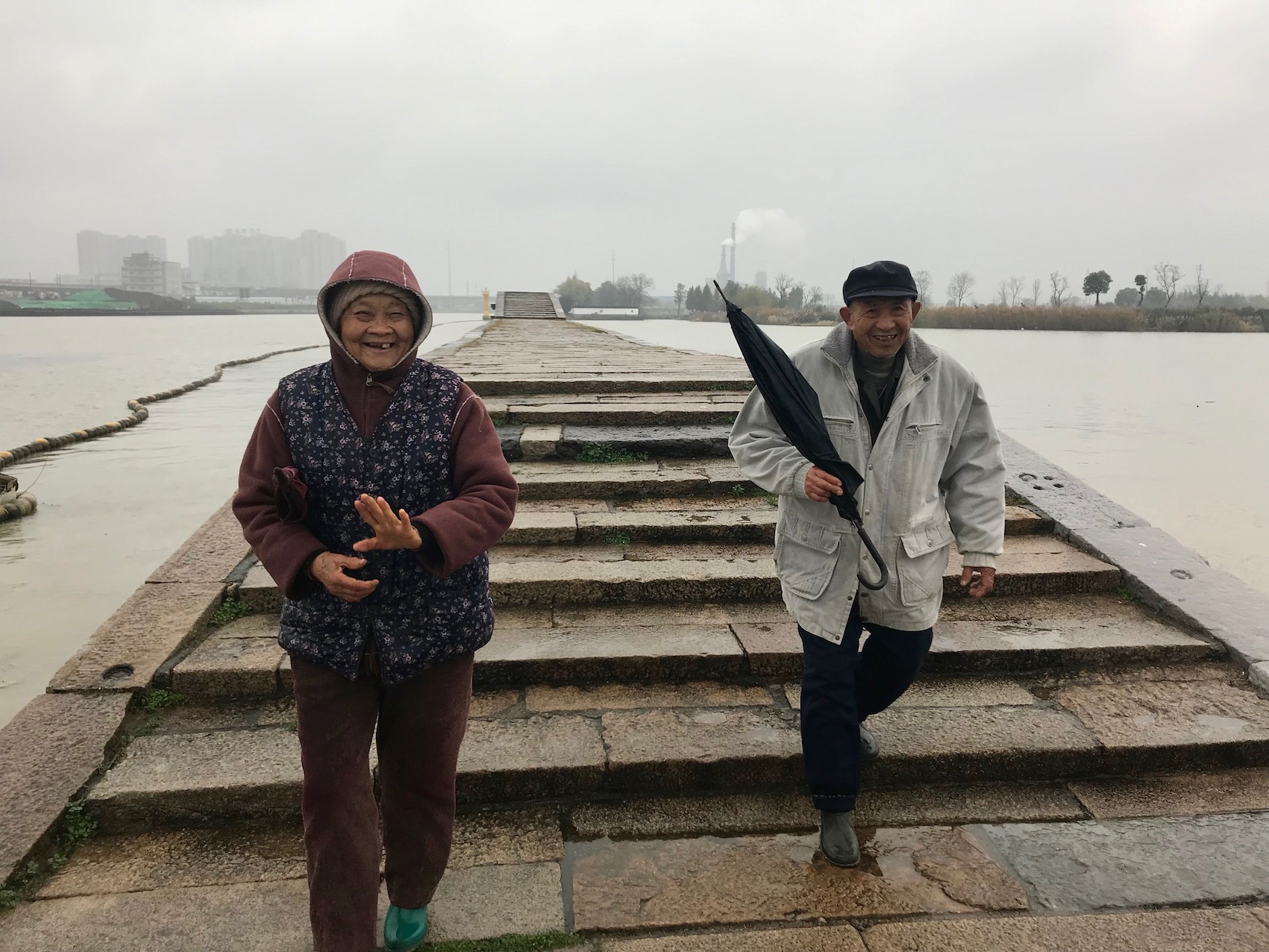 The old couple were so damn friendly I decided to scoot back down the way I’d come to get a photo of them. I love this shot! Somehow I managed to catch them at just the right moment, a perfect memento of my cold, wet, windy afternoon. My decision to buy a selfie stick (I know #hangshead) had proved to be a great success for that Suzhou trip. But alas, it was right here on Precious Belt Bridge that it all came to an abrupt end. Moments after taking this photo I lost my footing, slipped and the stick hit the floor, cracking the handle in two. Up popped the Bluetooth controller, which bounced three times before plopping to its death in the Daidai River. R.I.P. 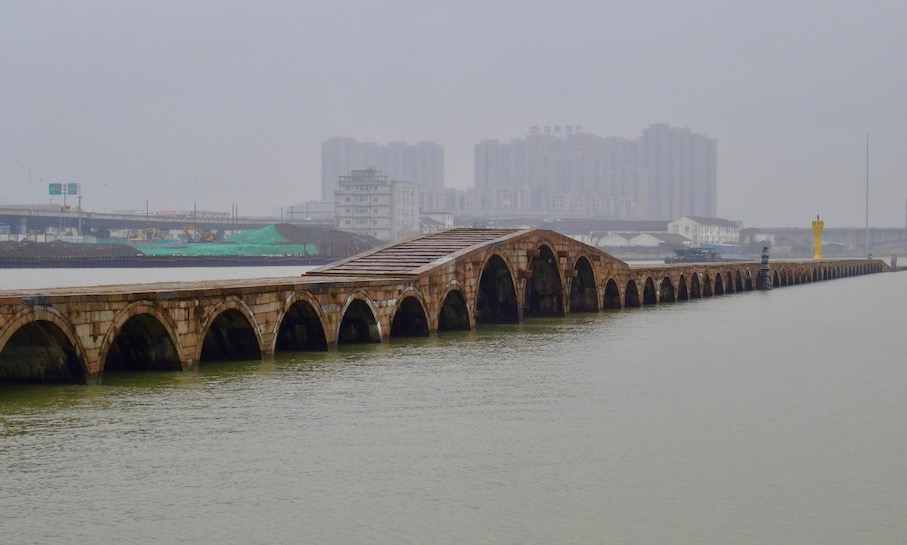 Unless you’ve got some serious Chinese language skills, getting to Precious Belt Bridge can be a bit of a nightmare. Even on the best of the days. A few bus and subway routes get you into the neighbourhood. But there’s still some walking involved to get to the bridge itself. A much better bet is a brisk, twenty minute DiDi or taxi from the centre. After you’ve crossed the bridge you can make your way through nearby Dantaihu Park for a return to civilisation. 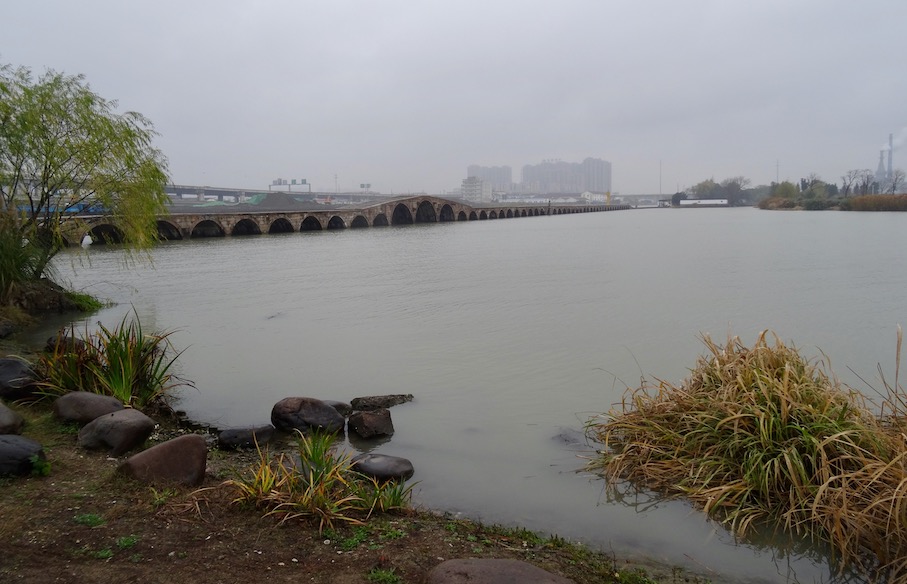 You can read more about this cool city with my travel guide to Suzhou. Or maybe delve further afield with my stacks of reports from across China.