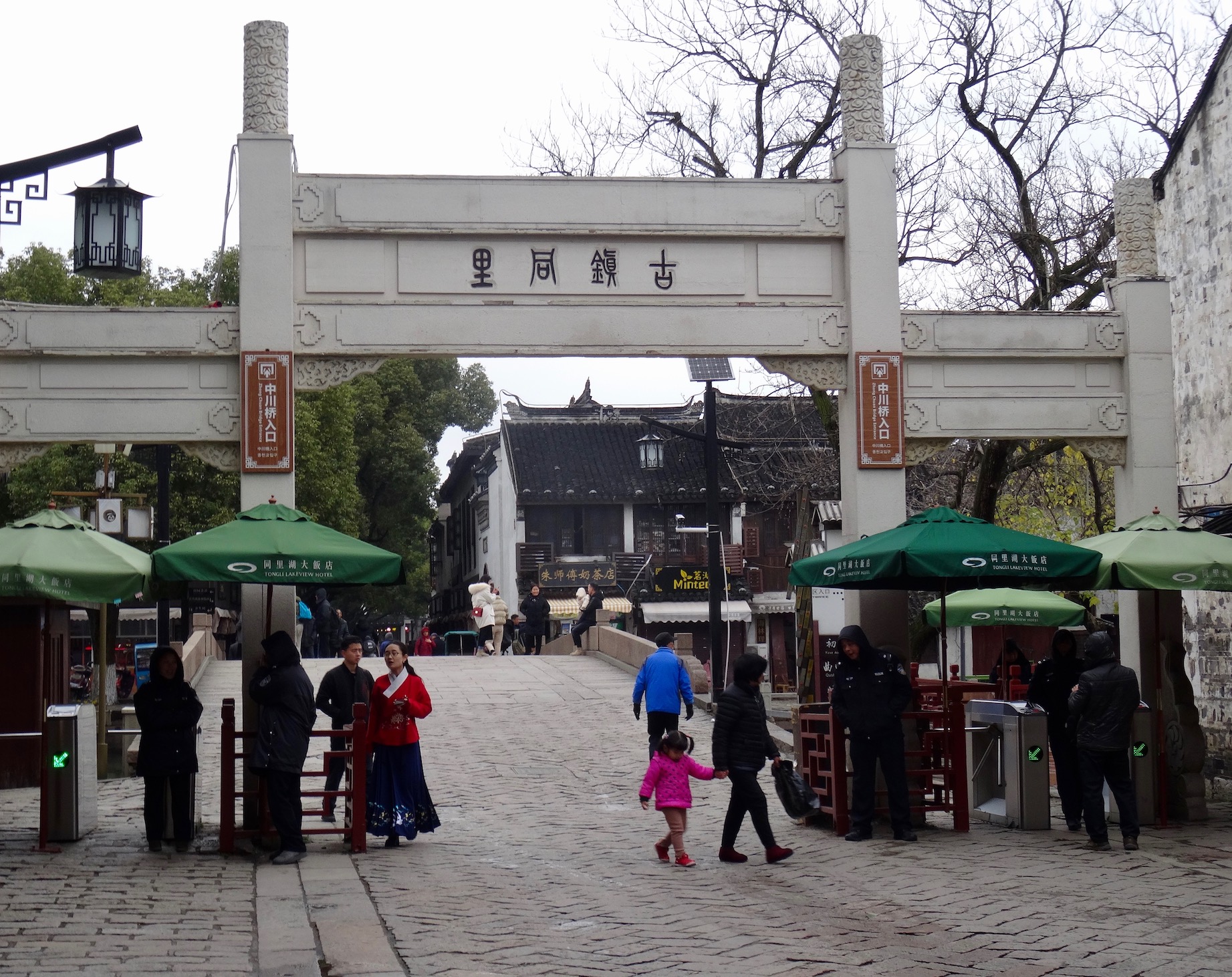 December 2018. I couldn’t leave Suzhou without making a day trip out to one of six nearby ancient water towns. After a bit of research I plumped for a visit to Tongli Town, a beautifully preserved 1000 year old canal community sat just to the south of The Yangtze River. 100RMB (£11.40/€12.90/$14.70) entry tickets are available here, just to the left of the old entrance gate. 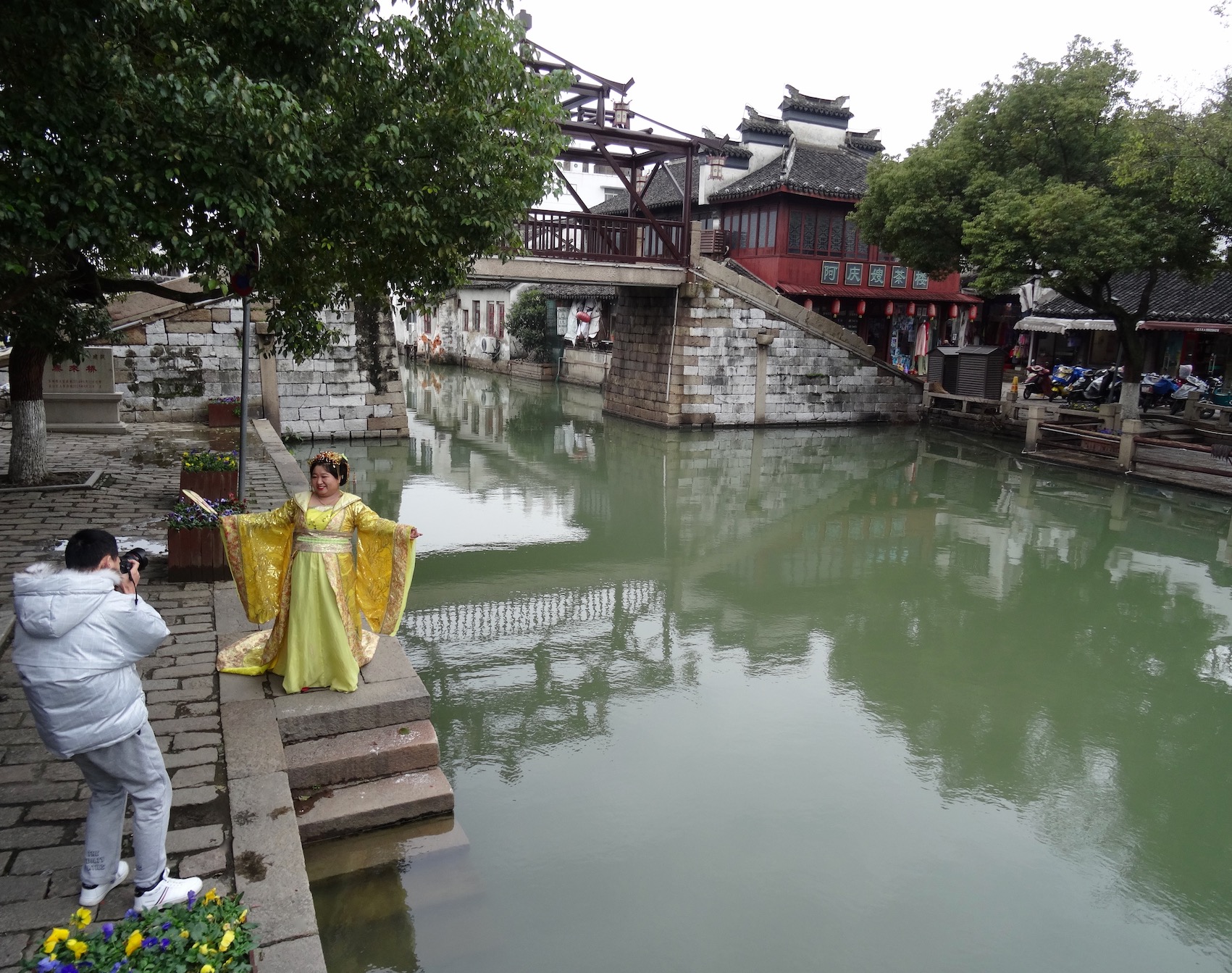 Tongli is pretty touristy, make no mistake. But once again I was blessed by the fact that my visit came during the absolute trough of the low season. As a result, I could easily wander about in peace. Actually many of Tongli’s shops were closed that afternoon and inevitable photo sessions like this one at Taiping Bridge were few and far between. 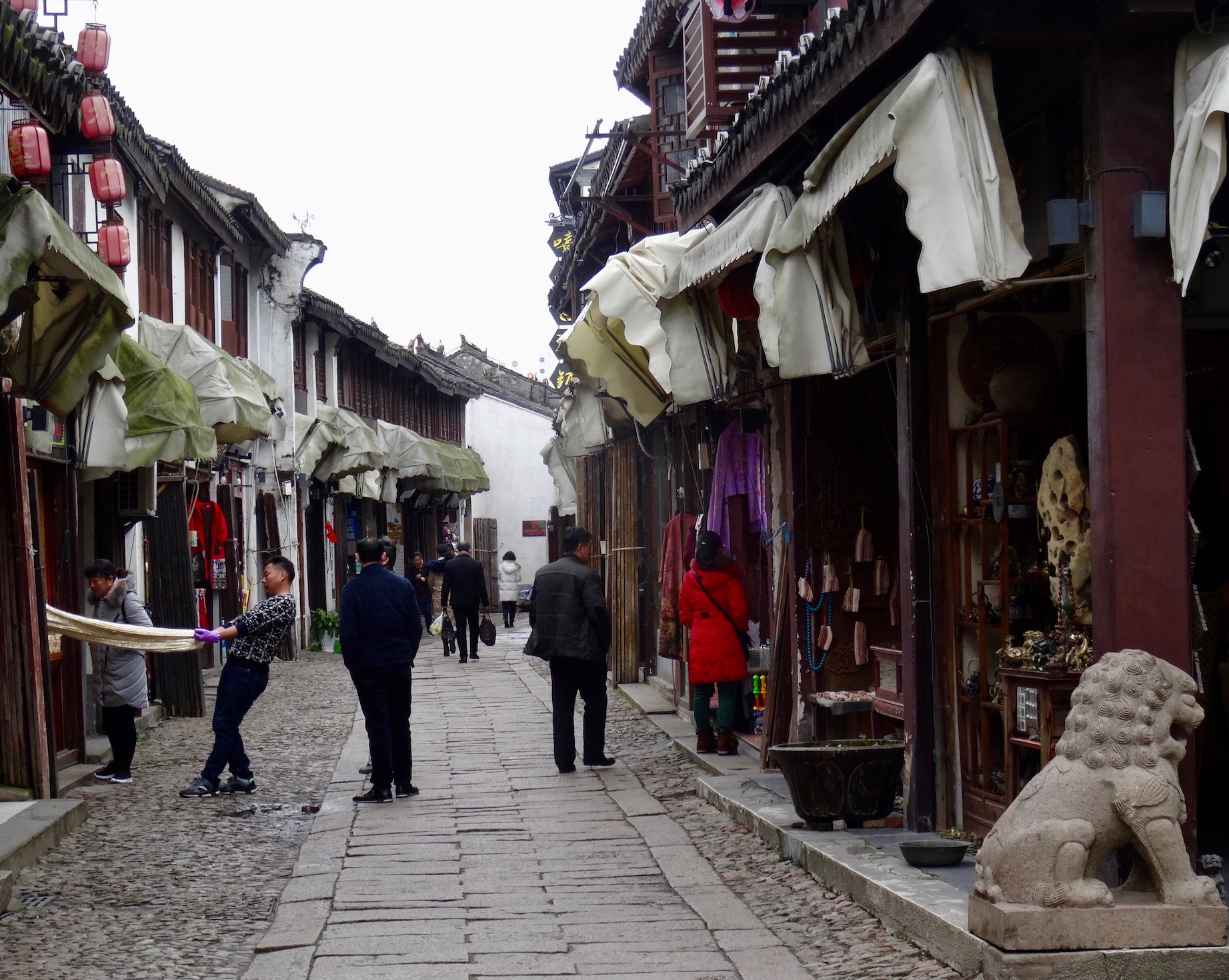 Open to the public since 1986, this amazing town stands in tribute to the Ming (1368-1644) and Qing dynasties (1644-1911). As a result, the town is full of ancient lanes, bridges, pavilions, halls, temples, gardens, museums and historical residences. 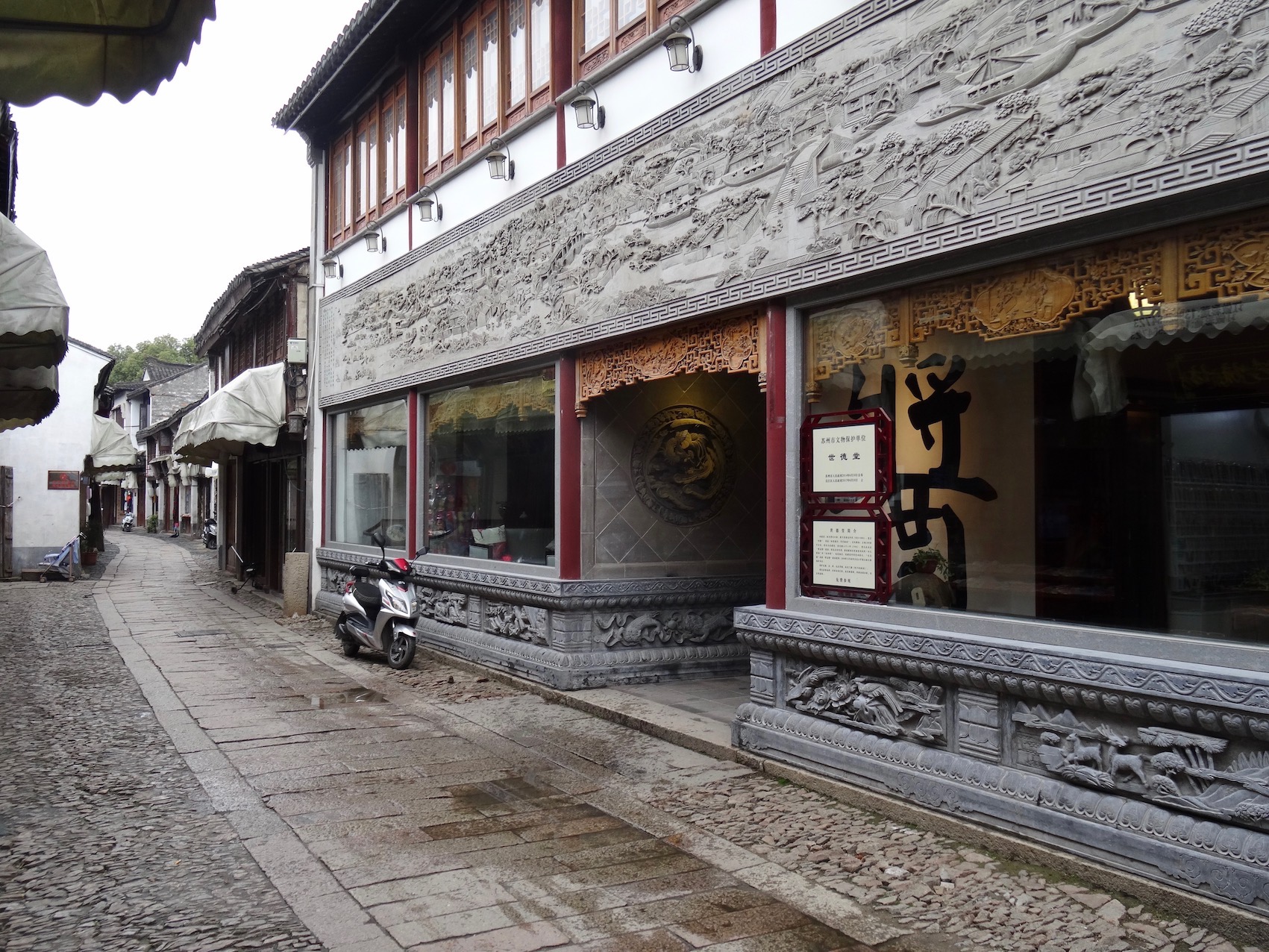 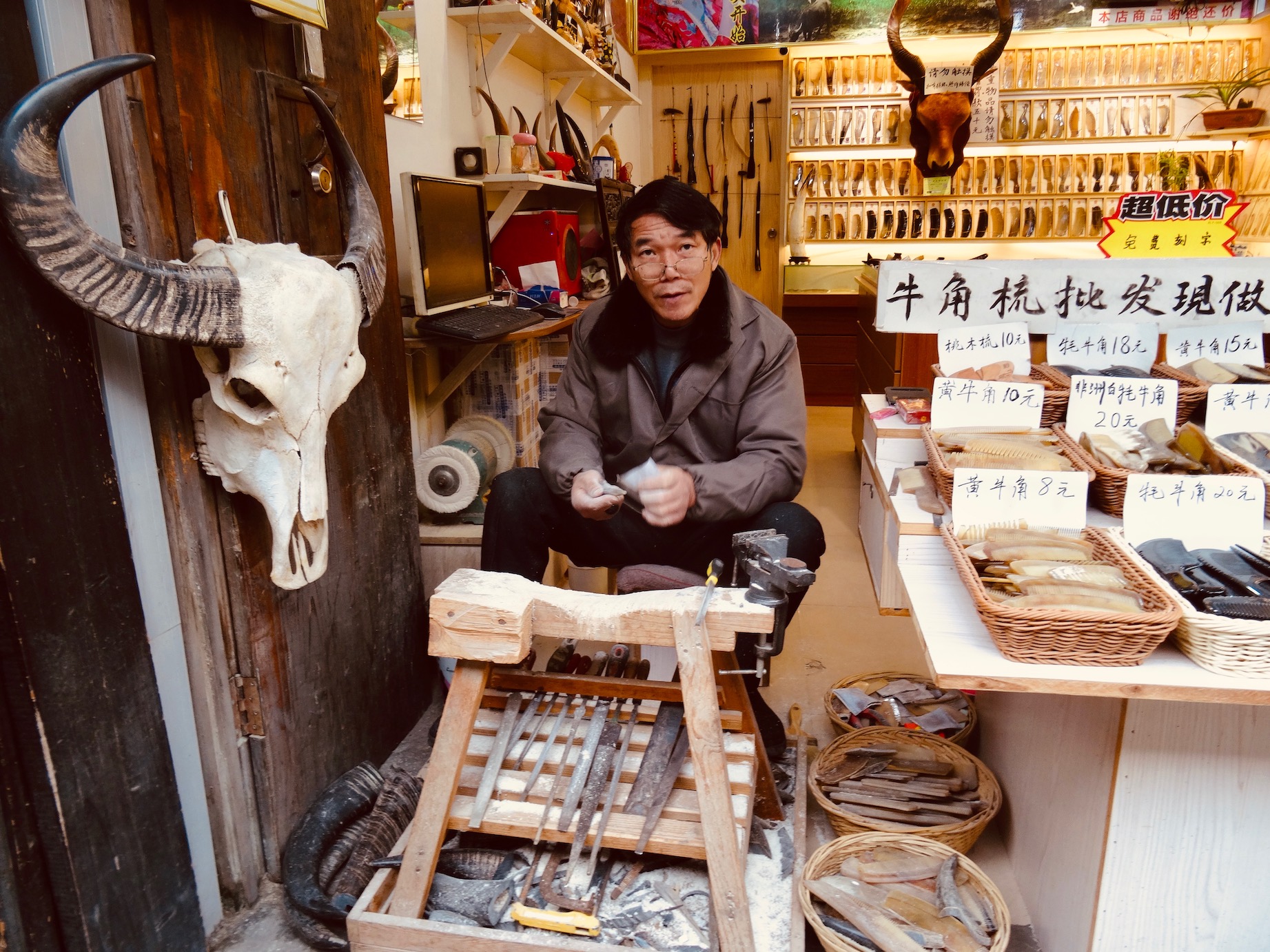 Tongli Town is famed throughout China for its community of craftsmen and their workshops of handmade buffalo horn hair combs. Moreover, this old dude was keen to show me that his combs were the real deal. His demonstration of quality was to enthusiastically hold a lighter against one of his creations. Right enough there was no resulting burn mark. If only I’d known the Chinese for “Sorry mate, I haven’t used a comb in years!” 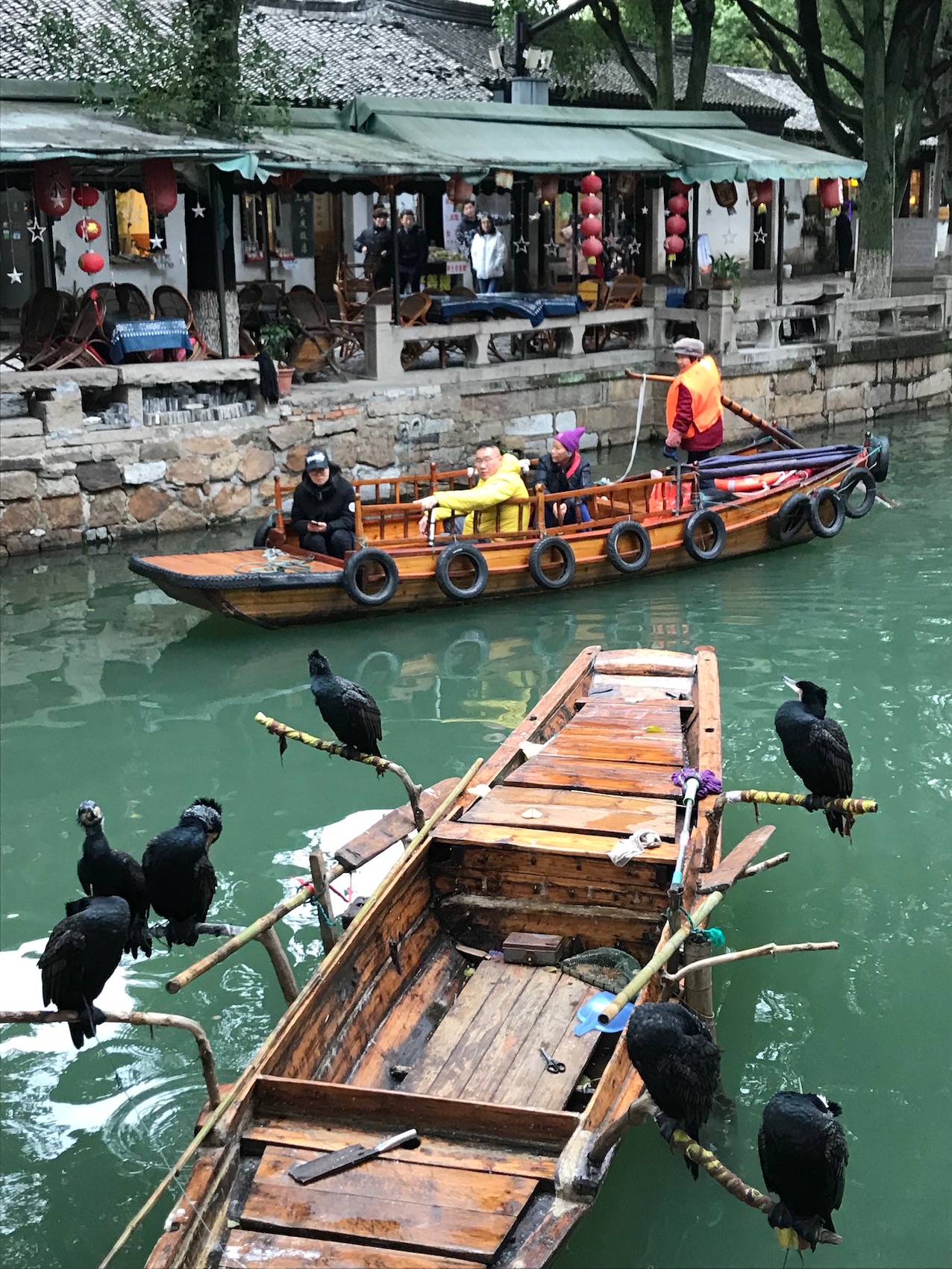 Tongli Town’s canals are admittedly more picturesque than anything I’d seen in Suzhou itself. This main canal street had a fair bit of boat action that day, including one old man whose cruises include a live osprey show! From what I could gather such performances involved the birds swooping into the canal to snatch fish out with their beaks. 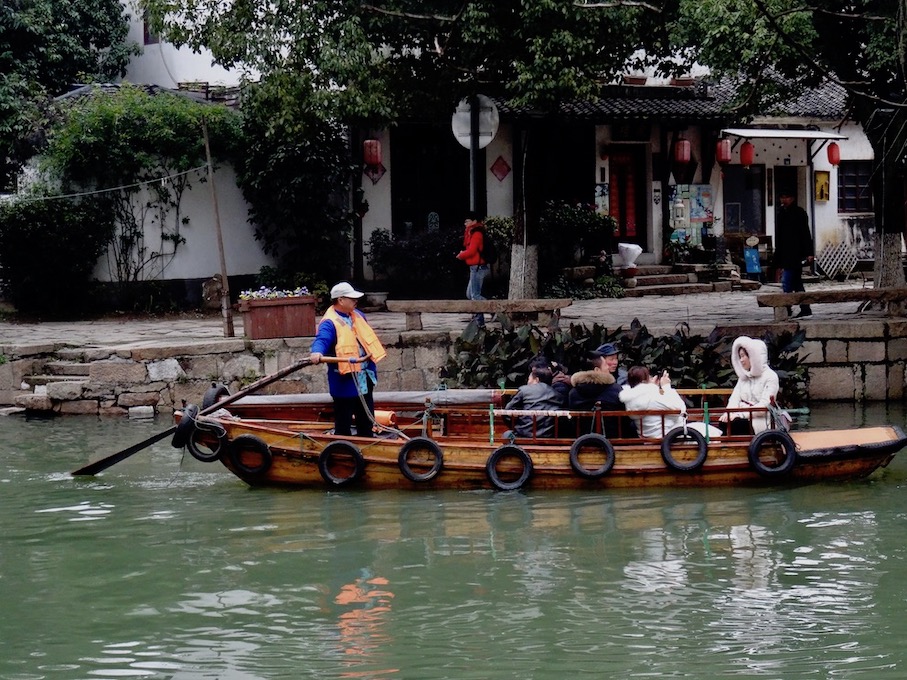 Tongli Water Town is mercifully straightforward to reach. In fact, it’s actually connected to Suzhou via the subway! Tongli Station is the last stop at the southern end of Line 4 and it takes about an hour from central Suzhou. From the station it’s either a forty minute walk to the town, or simply hail a DiDi for a ten minute drive.

Like this? Check out more of my articles on Tongli Town.

You can also read my travel guide to Suzhou. Or maybe delve further afield with my stacks of reports from across China. 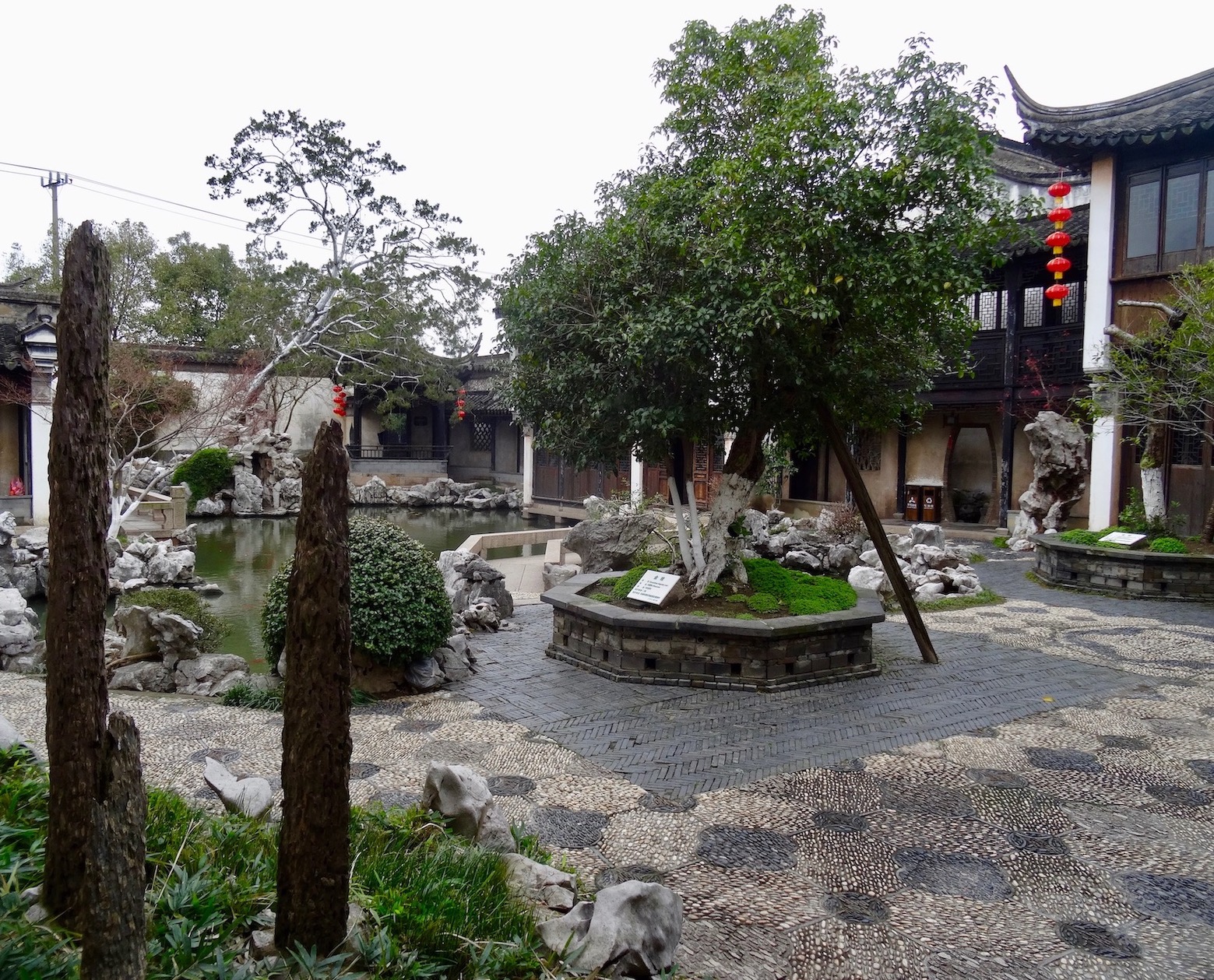 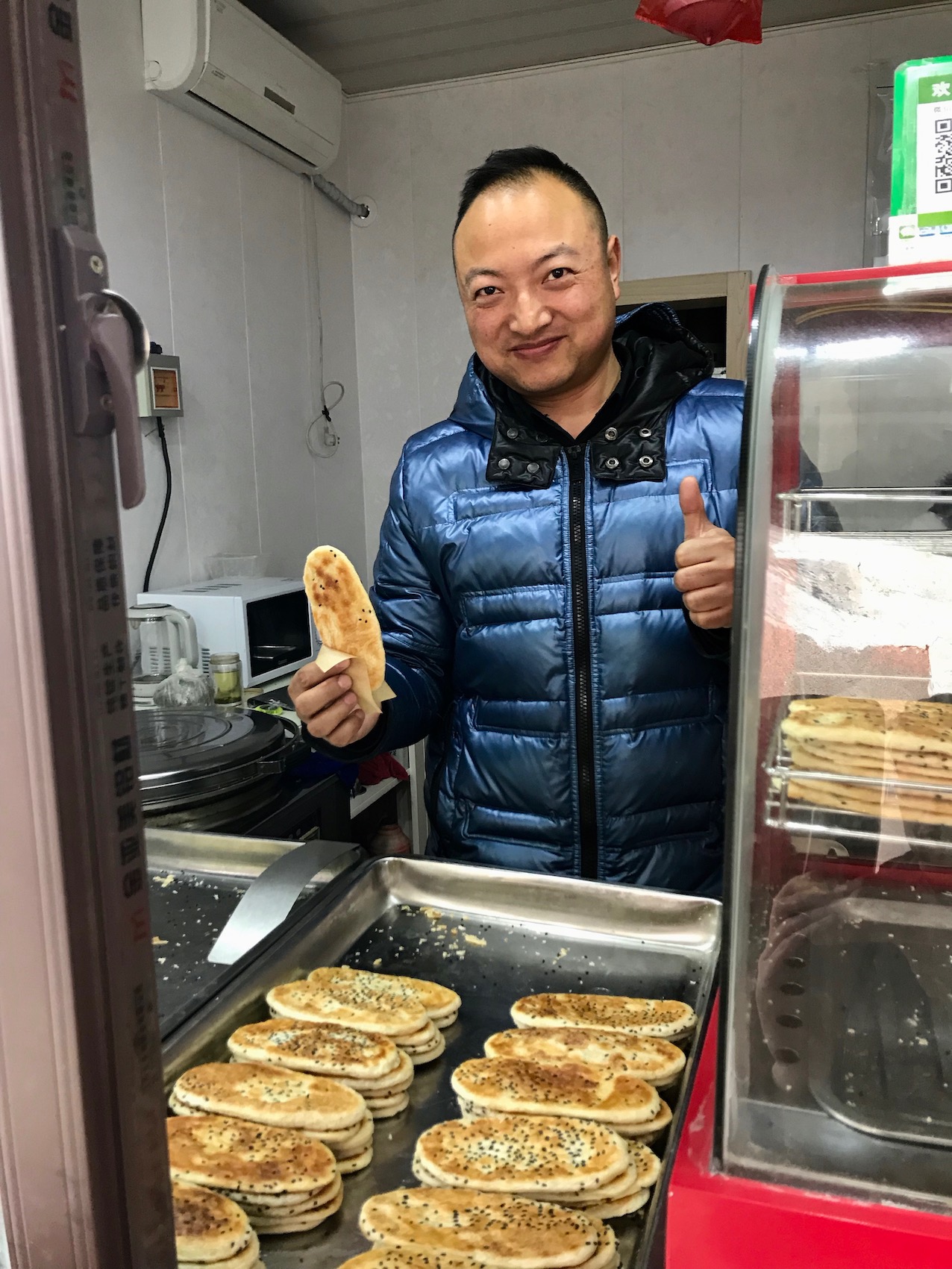 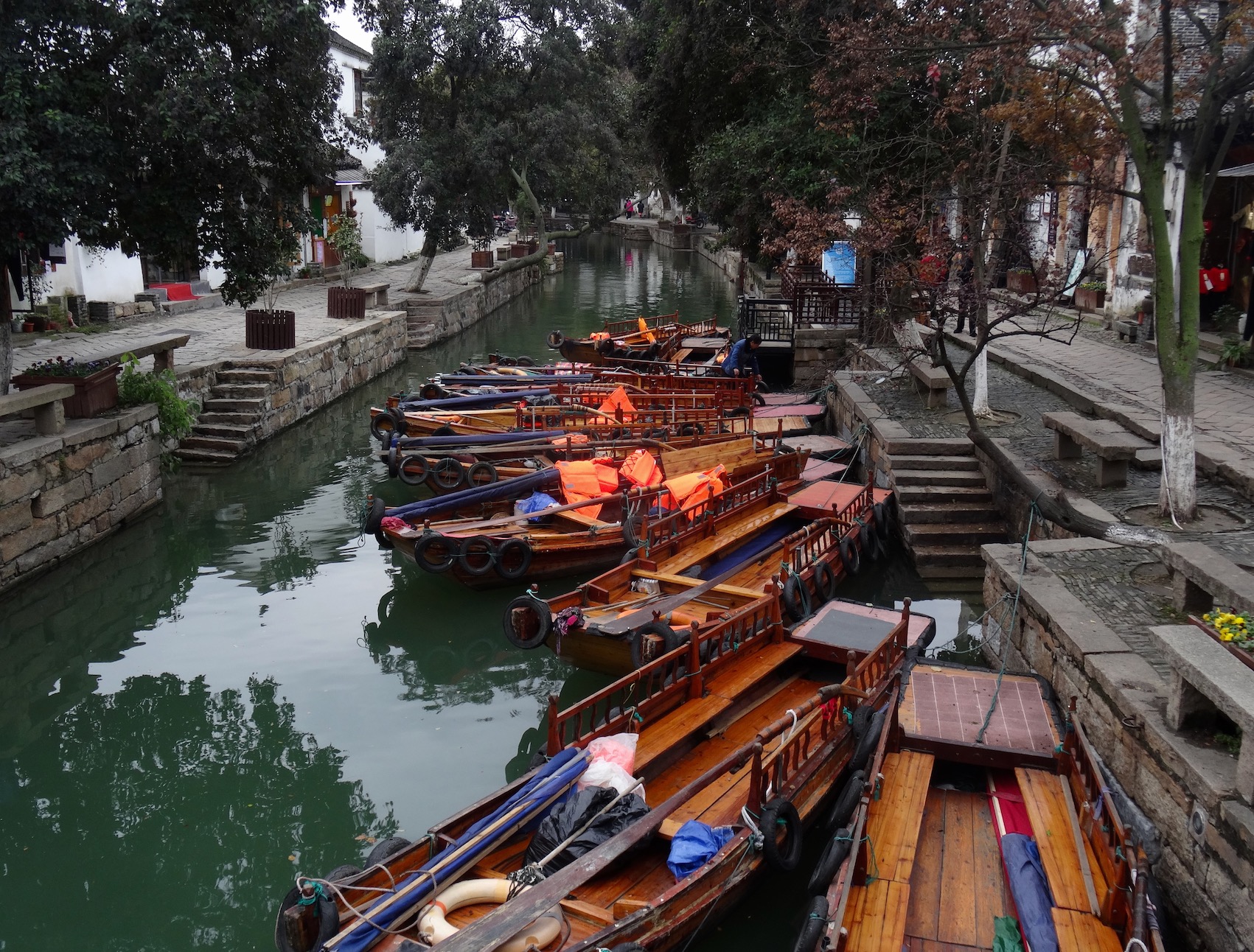