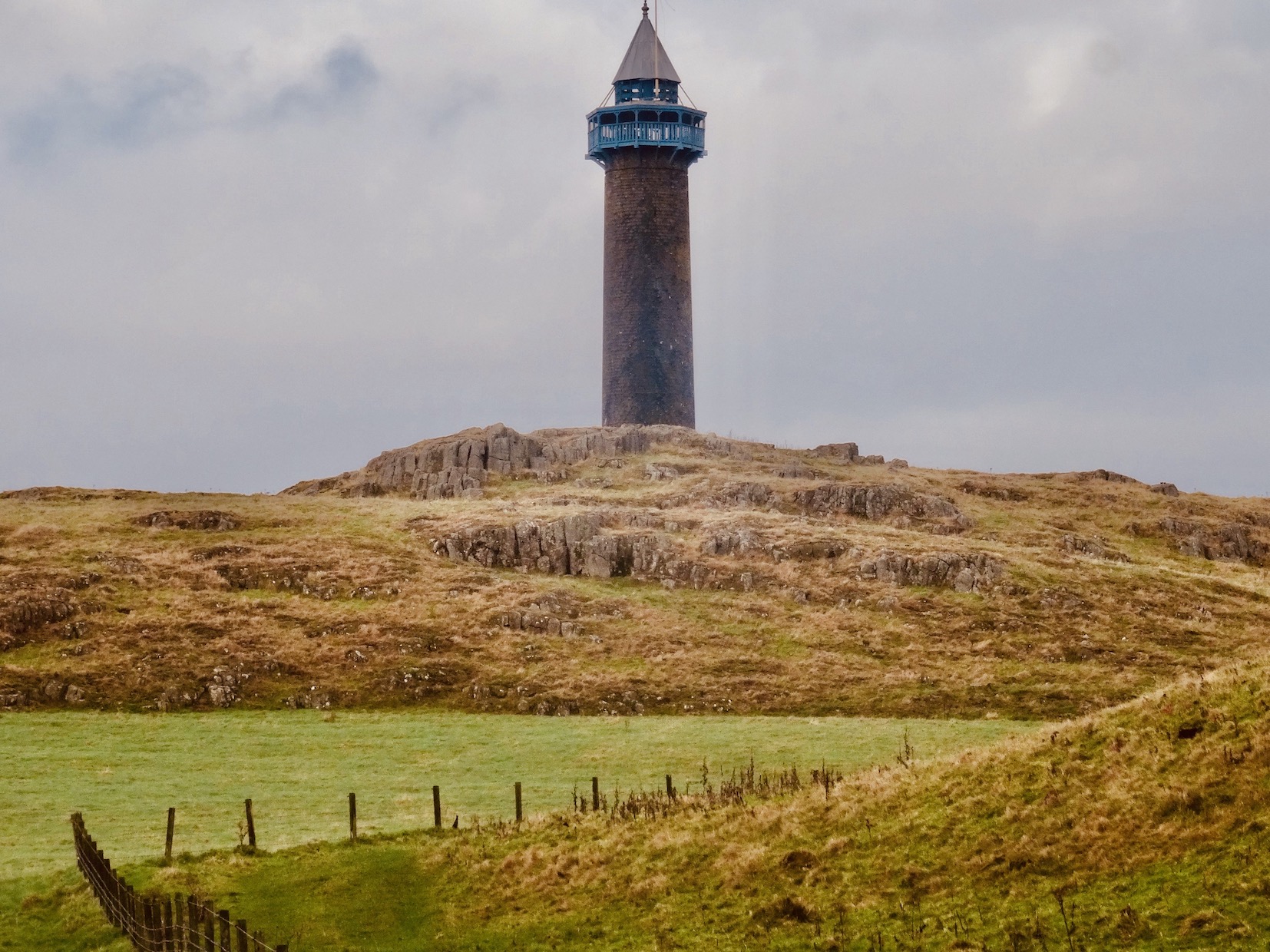 January 2016. There are some hidden gems scattered around The Scottish Borders for anyone willing to do a bit of research. I’d lost count of the number of times my dad and I had spied The Waterloo Monument from the car window. At 150 feet high and perched atop Peniel Heugh Hill, this stone tower is visible for miles. 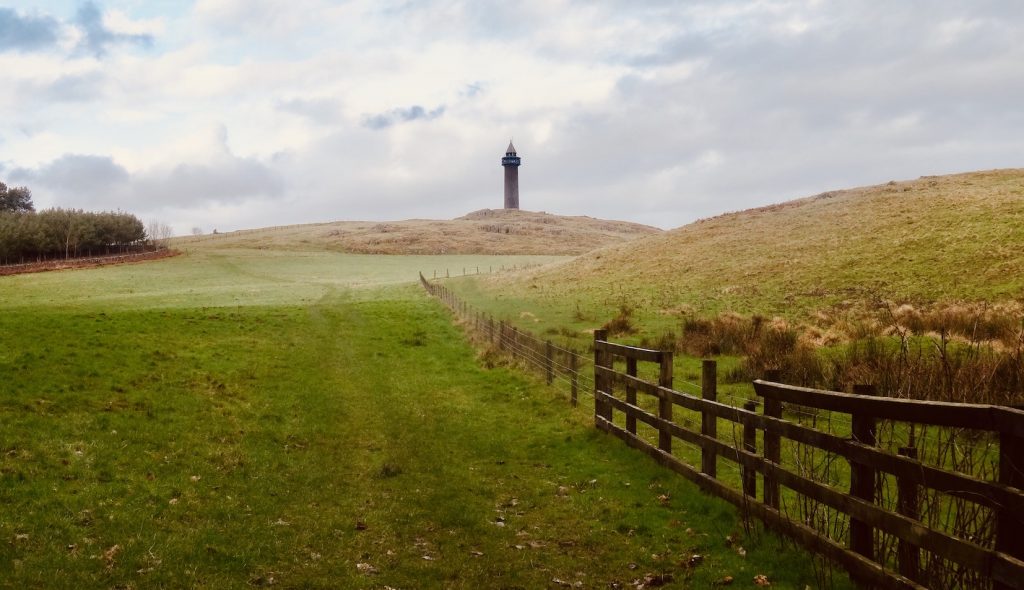 However, it wasn’t until we finally decided on paying it a visit that we realised what a tricky spot it is to track down. Firstly, you’ve got to work out which crisscrossing country lanes you need to reach Harestanes Visitor Centre. From there we parked the car and followed the woodland trail and its signs leading to the hill. 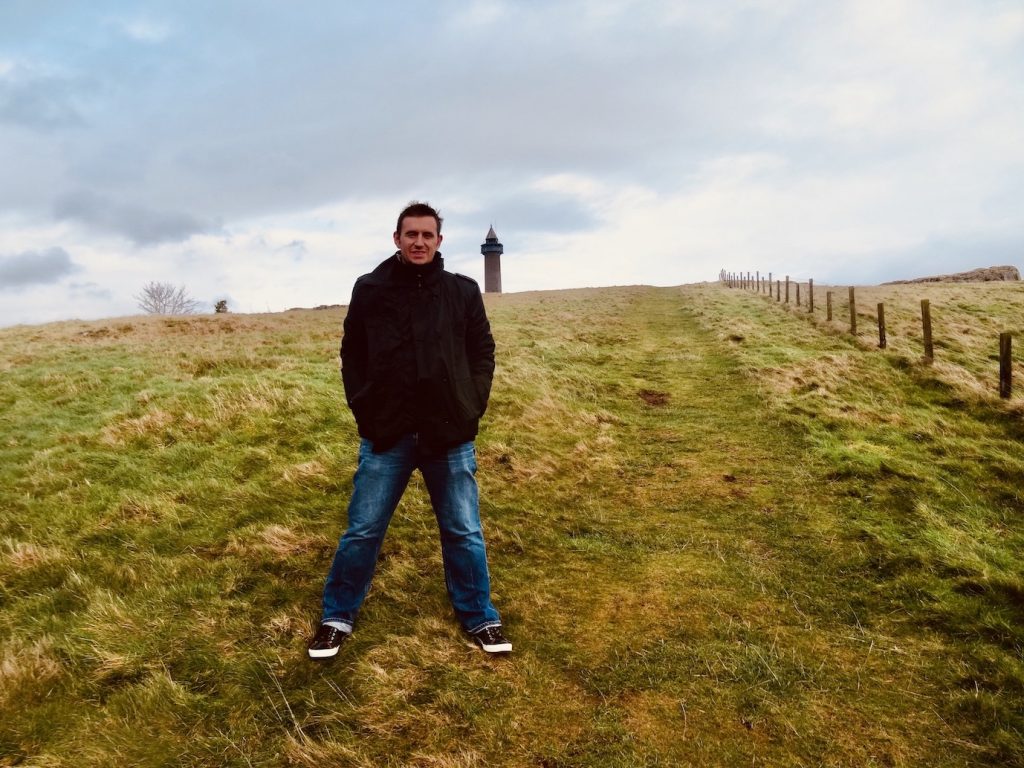 The weather was fearsome that afternoon! The sky was a cracked grey and it came with a biting wind that certainly did its best to derail our progress up the hill. 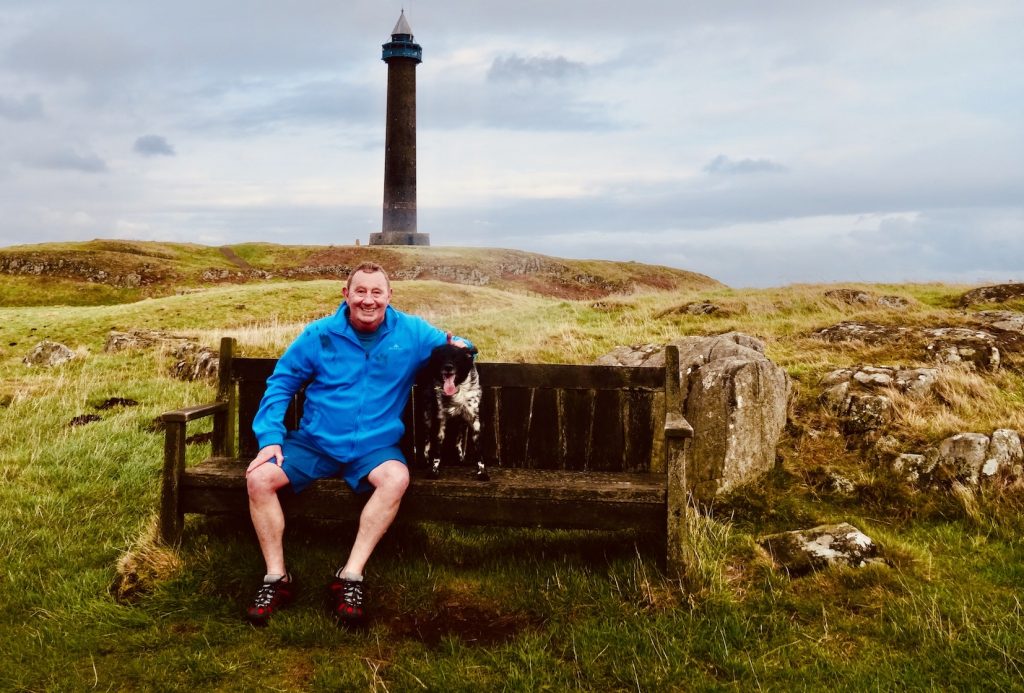 Luckily we were armed with rain jackets, hiking boots and Solo, the family dog. Dating back to 1817, it was the 6th Marquess of Lothian, William Kerr, who commissioned the monument. It stands in tribute to the Duke of Wellington’s famous victory over Napoleon at The Battle of Waterloo. 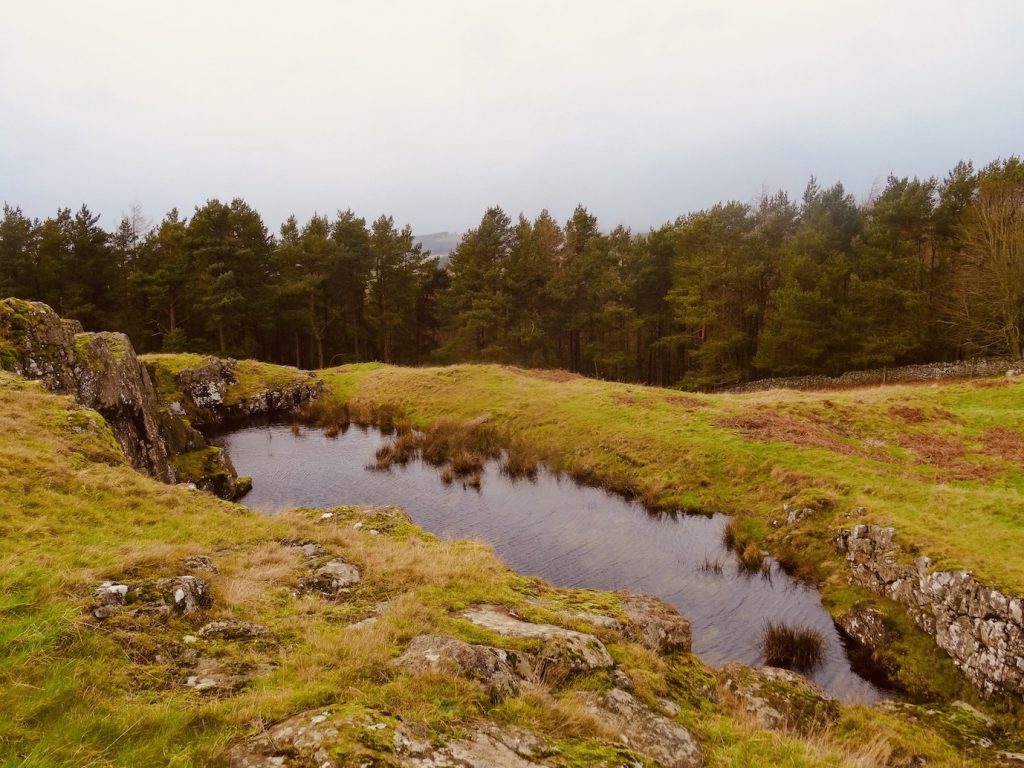 The walk itself is reason enough to come here. It really is a beautiful area of lush green hills, light woodland and pockets of streams and brooks. Moreover, this is a dog’s paradise and it makes me smile to think of Solo bounding around like a lunatic with his tongue hanging out. 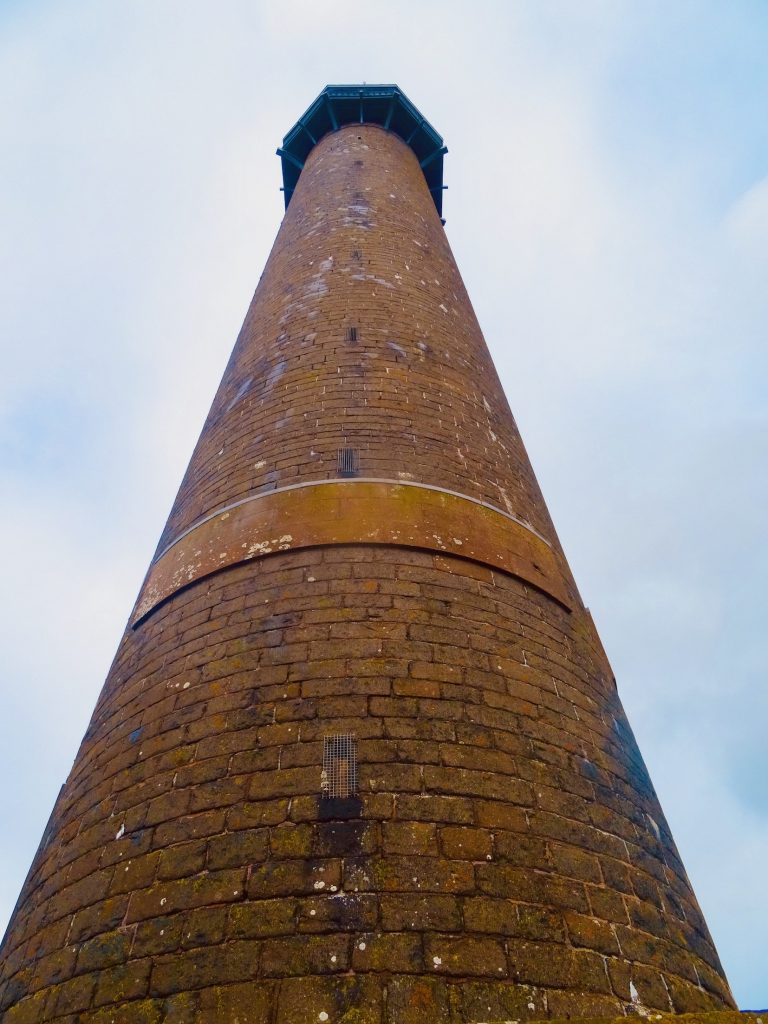 Upon reaching the monument, look out for the inlaid inscription at the base that reads: 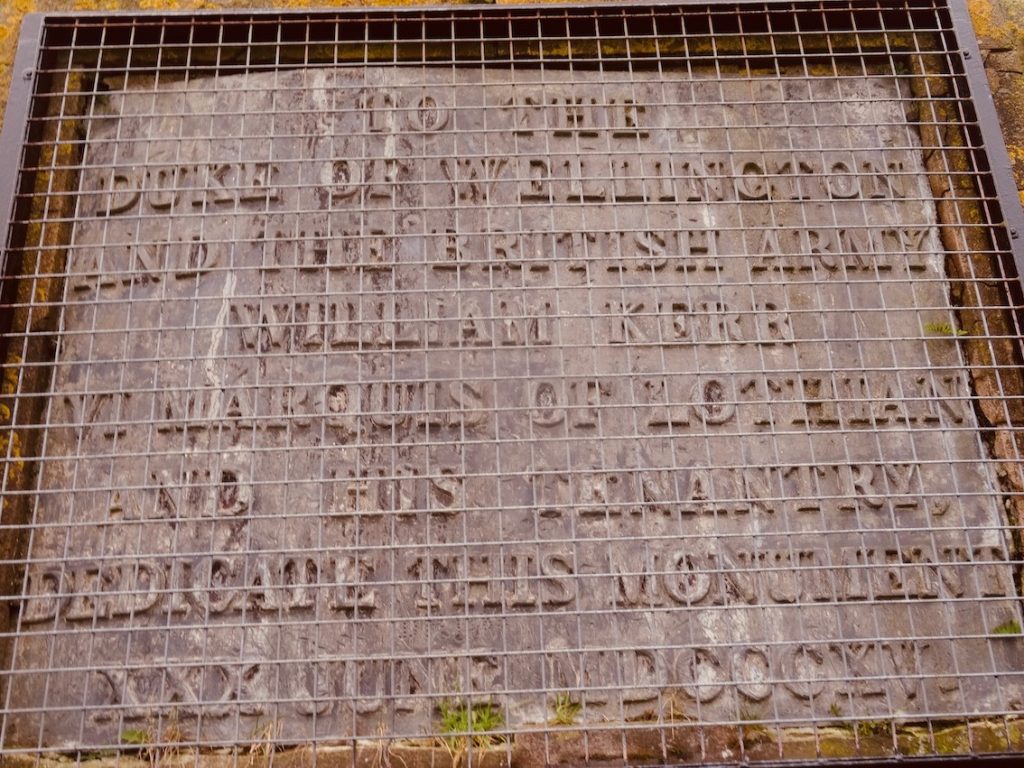 If you want to actually enter the monument and go up the spiral staircase to the viewing platform, you’ll need to be organised. First you have to contact the Lothian Estate office at Bonjedward and ask to sign out the key.

While free to borrow, it’s best to call in advance (01835 862201) as a) someone might already have it and b) the office keeps funny hours. They’ll also help you with directions on how to get there 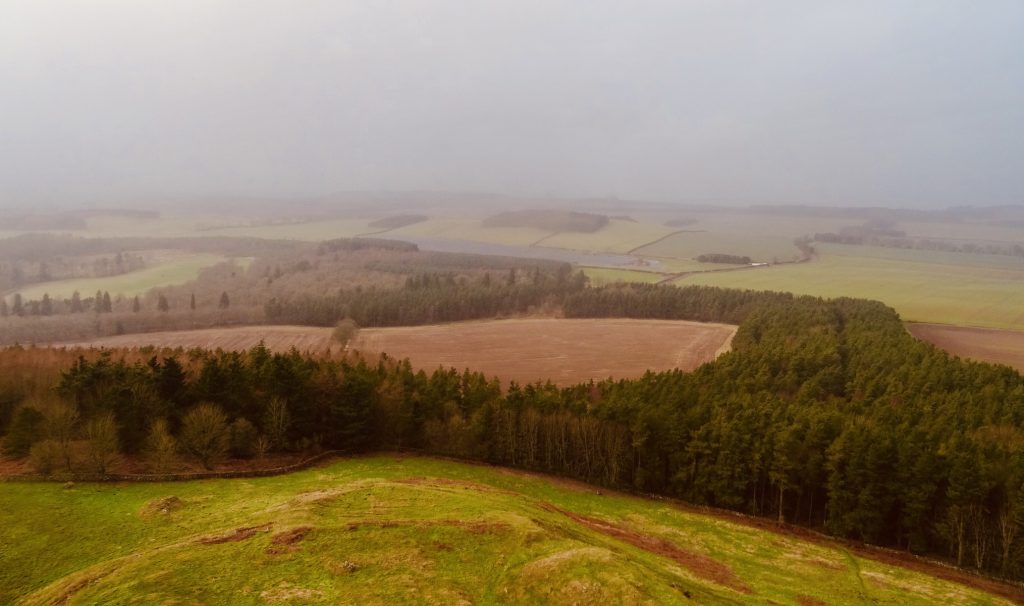 The hassle of getting the key results in a great payoff when you get to the top of the monument. The weather conditions were worsening by the second that day and yet there was no denying the beauty of The Scottish Borders.

I dedicate this travel report to the memory of Solo Thomas. He was so scared going up and down the monument staircase that day. And then the poor guy found himself blown about all over the place on top of the viewing platform. Thank god for the mesh netting! 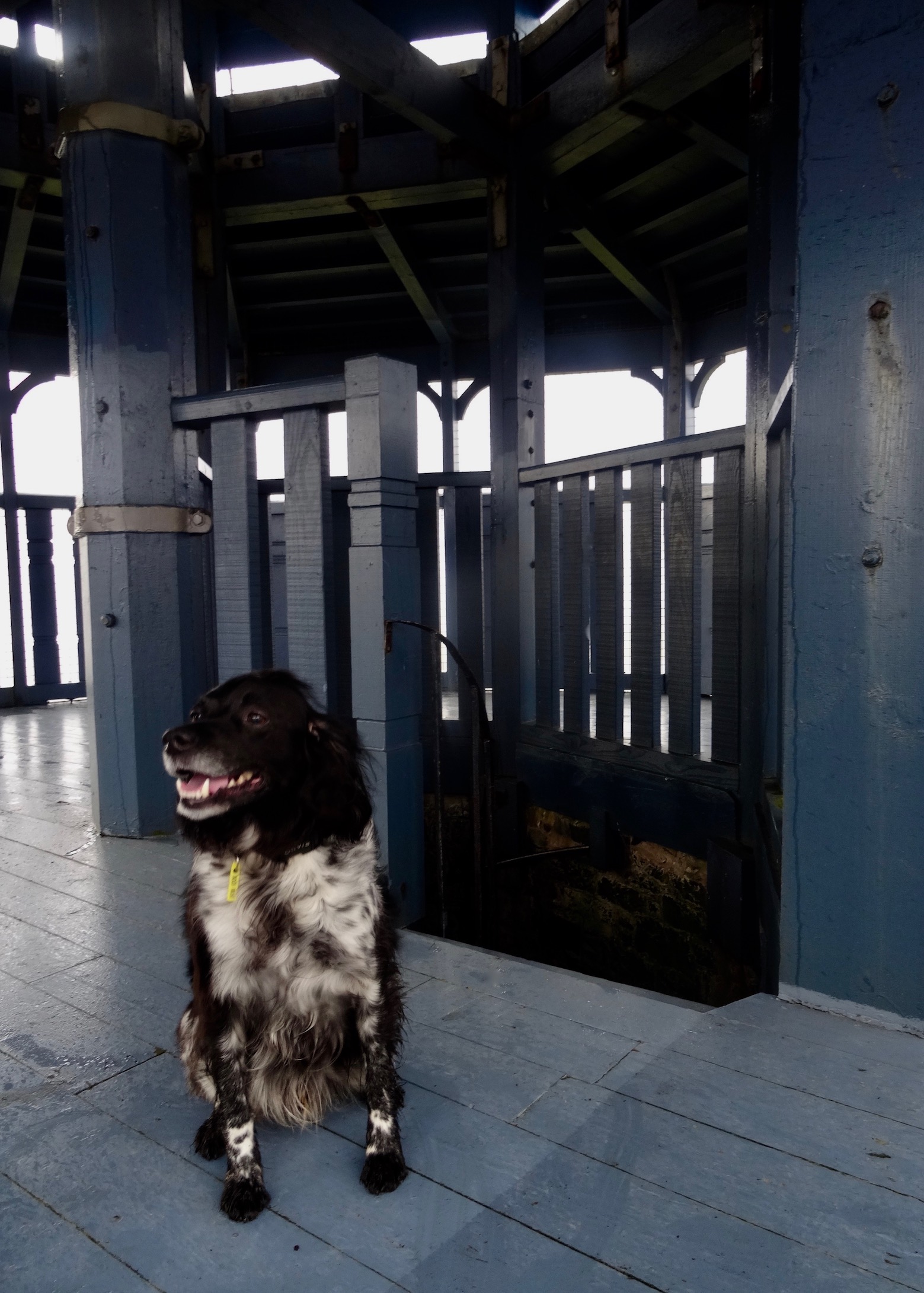 Like this? Have a look at my other articles from all around Scotland.

I’ve been living, working and traveling all over the world for nearly twenty years. So why not check out my huge library of travel reports from over 30 countries.