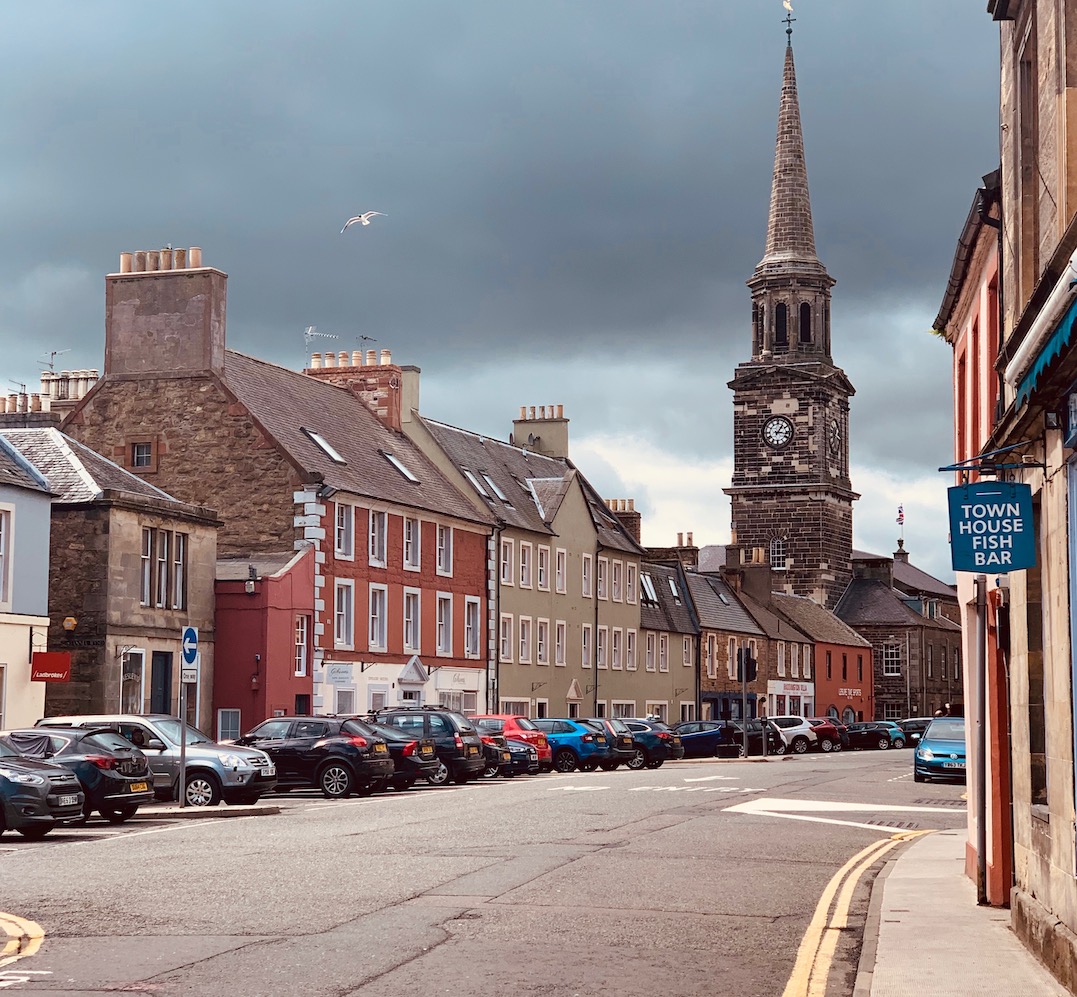 May 2019. A strange feeling swept over me as my old friend Spackles and I turned the corner and the car glided onto Market Street. It had been a whopping twenty one years since I’d lived here, but there was no doubting it… this was Haddington alright.

As Spackles searched for a place to park, I couldn’t help but feel like I’d been teleported back to 1998. Sure, there’d been a lick of paint here and there and some new stores. But essentially this was very much the Haddington of my mind’s eye. 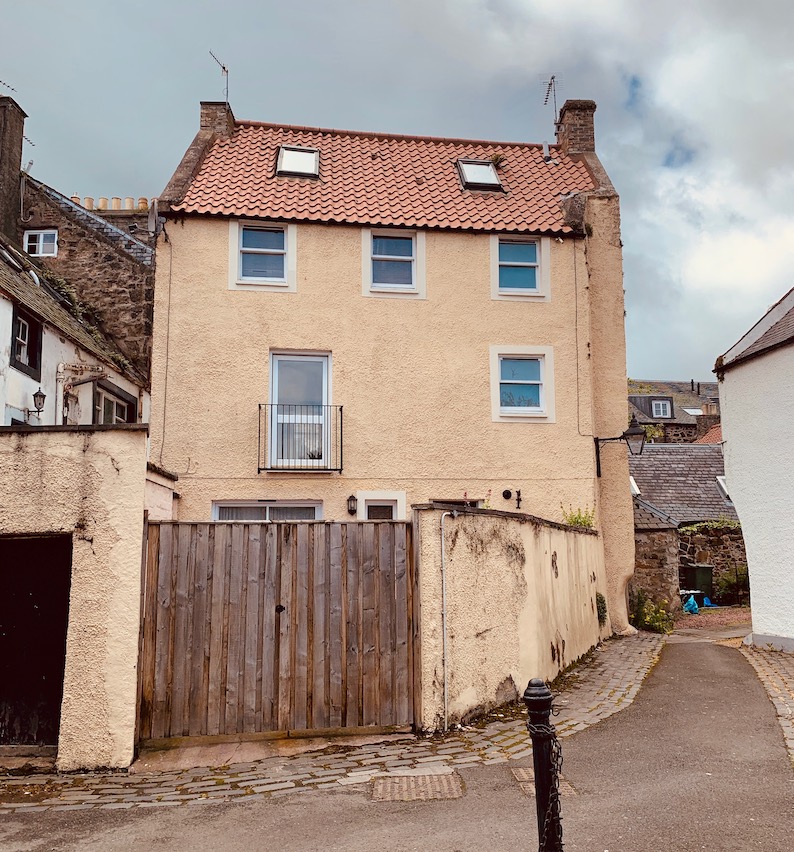 My family home back in the late 1990s was The Old Bakehouse. In keeping with the general vibe of the town, it hasn’t changed a bit. Apparently we were the first residents in what was an actual bakehouse to Laird’s Bakery on Market Street. Laird’s is long gone, having closed down in 1992. 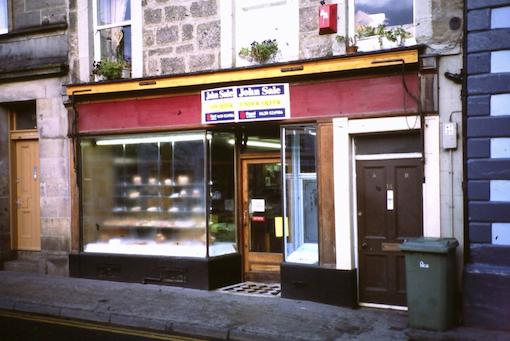 We lived next door to a guy called Mike Cullen, an acclaimed playwright who has also written for a bunch of popular TV shows, including Touching Evil and Taggart. I must have passed Mike in the street a million times over the years. And although we’d often say hello, I don’t think we ever had a conversation! 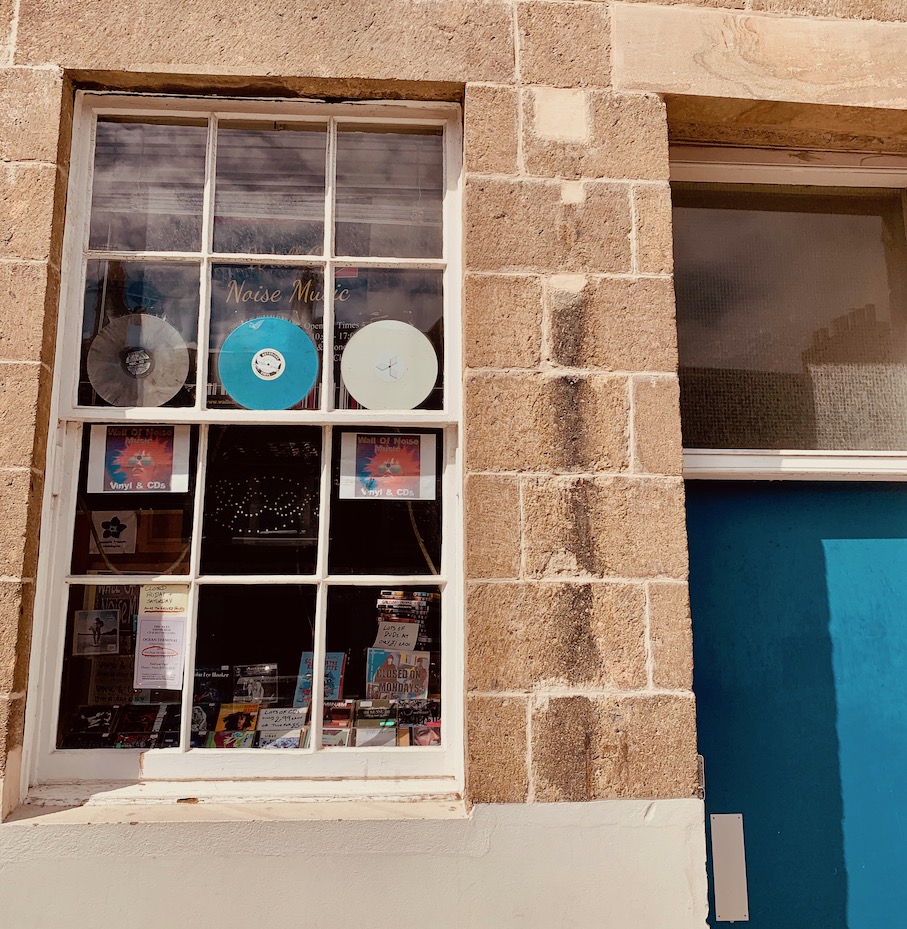 It’s odd to think that Mike and I never properly met, because we actually had a mutual friend. I first met Derek when I sauntered into the Haddington record store he owned, Wall of Noise Music. At that time Derek’s shop was on 66 Market Street. Today it’s on the other side of the road, a little further down at number 38. 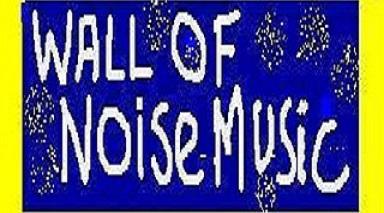 A huge chunk of my blossoming record collection came from Derek. Moreover, after I left Haddington, he even sent me musical care packages across the world. One time I remember receiving a chunky parcel of rare Radiohead singles sent all the way to my home in Qatar. 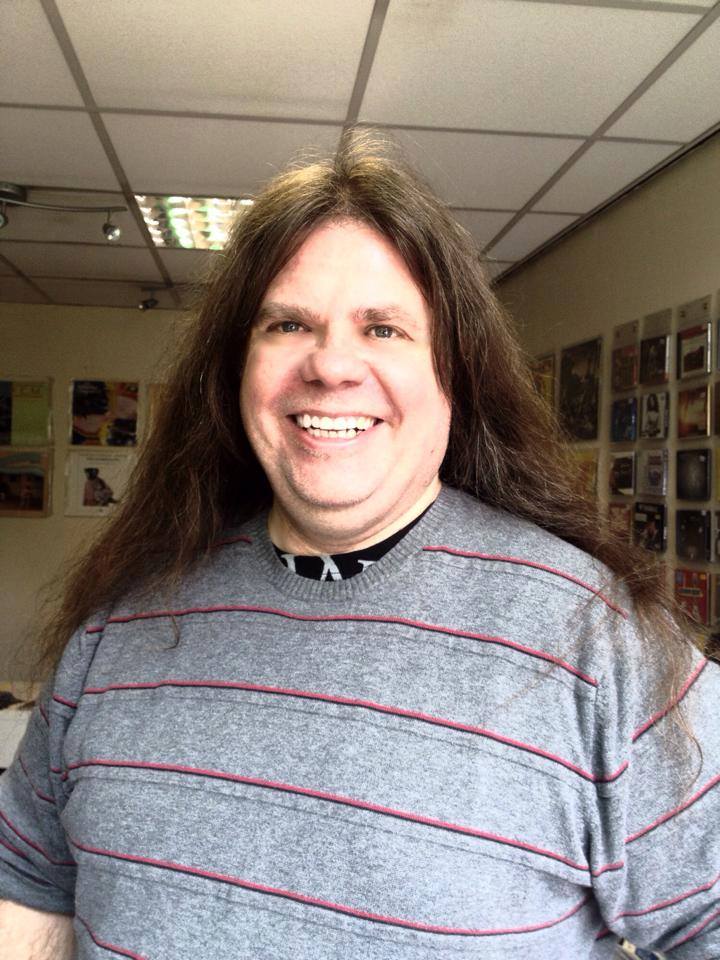 You name it, Derek could find it, and always at a reasonable price. As well as running the shop, he does record fairs all across Scotland. And you can order online, with free shipping to UK customers. 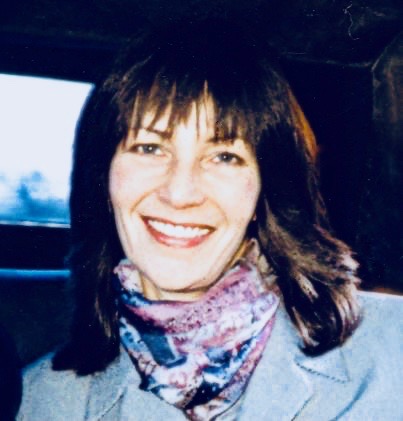 Derek’s wife Janet, now sadly departed, was one of the loveliest people you could ever hope to meet. So much so that I’ve dedicated my short story series, Incidents in India, in her memory. It was the least I could do, especially as she’d gifted me half a dozen pairs of lucky socks before I flew out to Delhi. 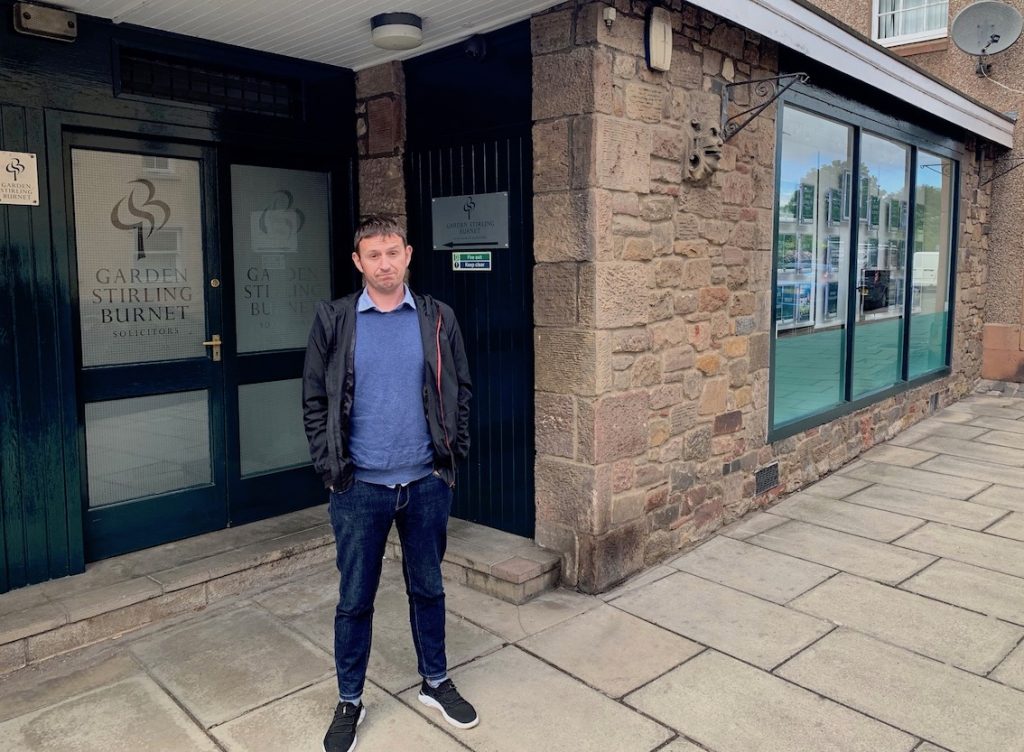 I used to work at The Haddington Job Centre, literally two minutes around the corner from The Old Bakehouse. It’s now a Garden Stirling Burnet Solicitors, which felt a bit depressing.

Actually, I was a registered job seeker myself when the manager, Jane Kerr, plucked me out of the queue and offered me a position as an admin officer. Spackles also joined around the same time. It wasn’t long before we got stationed front and centre as the first point of contact. In fact, Jane used to refer to us as “mates down the front”. 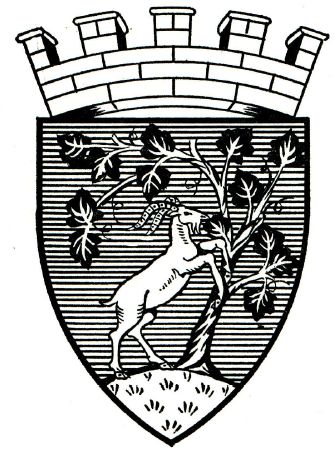 The people we had to deal with were often waiting to receive their unemployment benefits. Part of this process involved them having to provide evidence of their job seeking efforts. The grim reality was that most of them weren’t looking for work at all.

We had to deal with drunks, drug addicts, manic depressives and the terminally unemployable. One or two of our clients even ended up dead! Another was arrested by the police, which made the local newspapers. I’ve certainly got some stories about my year at Haddington Job Centre. 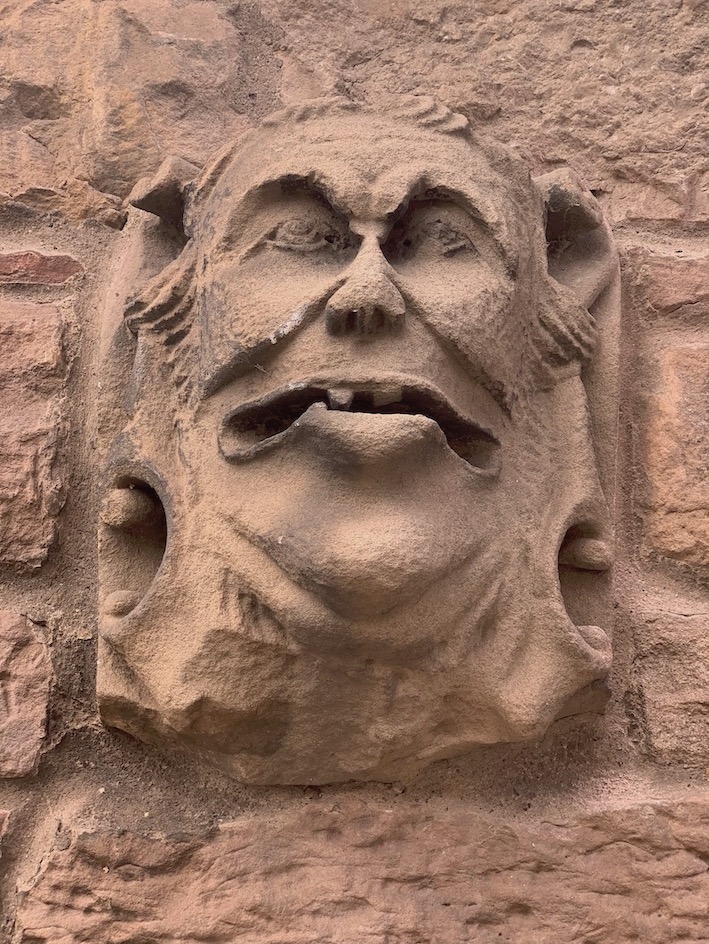 Gazing through the window of the solicitors that day, I was struggling to visualise the old office. However, it was reassuring to see the gargoyle-like thing still on the wall outside. It always reminded me of Paddy, one of our colleagues. He was an exceptionally bristly old Scotsman with a foul mouth and an amazing talent for avoiding his share of the workload.

Furthermore, I have strong memories of Yvonne, an old dear from Newcastle. And Sheena, who was always telling me “Don’t be cheeky! And there was Jackie, Martin, Karen, Suzanne, Peter and the amazing Leiperweasel, who I had a crush on. 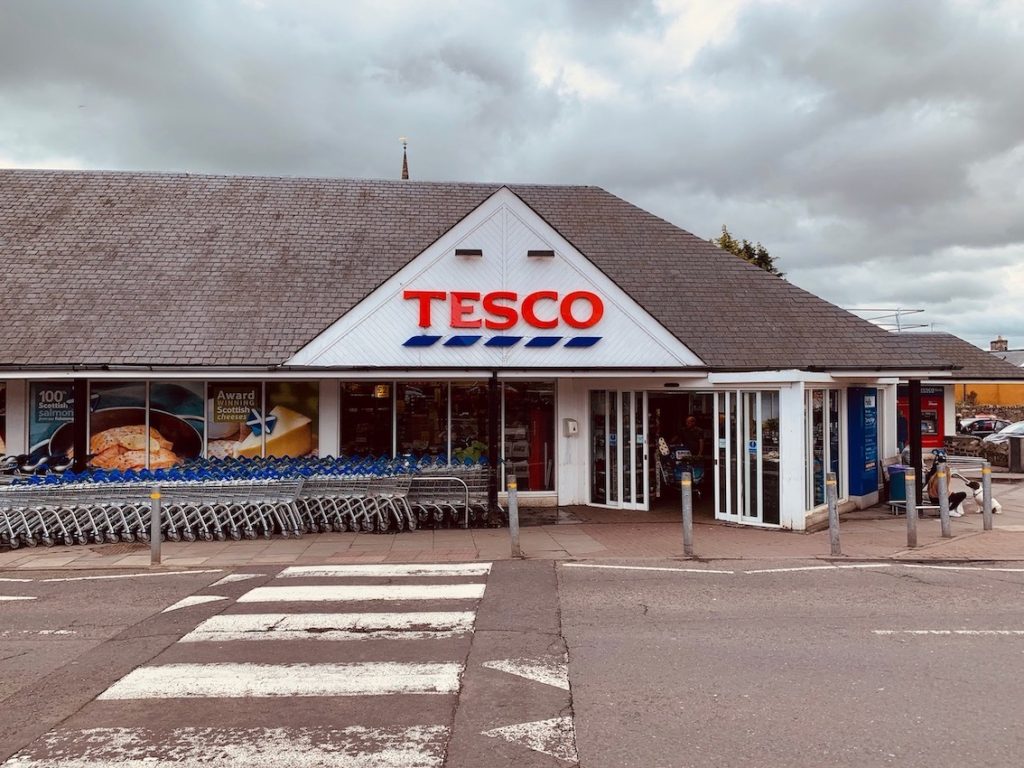 The scene of many a night shift.

I was quite the workaholic in my Haddington days. In addition to my position at the job centre, I worked part time at Tesco stacking shelves in the dairy aisle. When it came to yogurts, cheese and milk, I was your guy. When I eventually left the job centre, I went full time with Tesco on the dreaded nightshift. 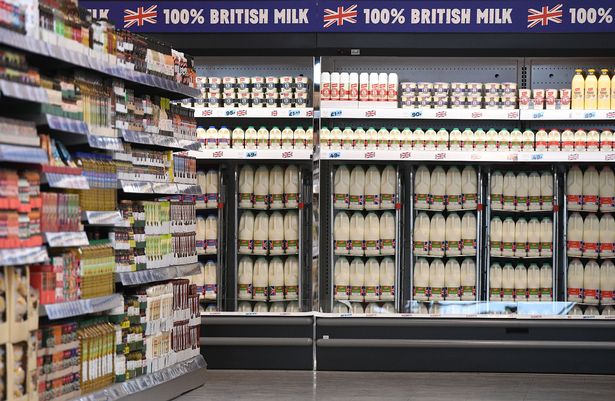 Tesco: I stacked many a shelf.

There were so many characters from those supermarket days, people I’ll never forget. Beaster Easter and Gauson’s Creek were always good for a laugh. Robert Mitchell was a Stone Roses and Aberdeen Football Club fanatic. And Dan Craig was a fellow music nerd who journeyed with me to Glasgow to see the rock band Mansun perform live at QMU. 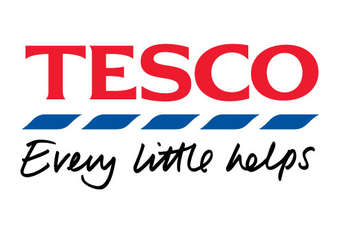 My department manager was a guy called Kevin who was always insisting I “could do a lot worse than a career in retail”. But I just wasn’t cut out for it.

Nevertheless, Kevin took me under his wing and shared his many philosophies on life. On those long nightshifts we regularly talked up a storm on football, music and matters of the heart. 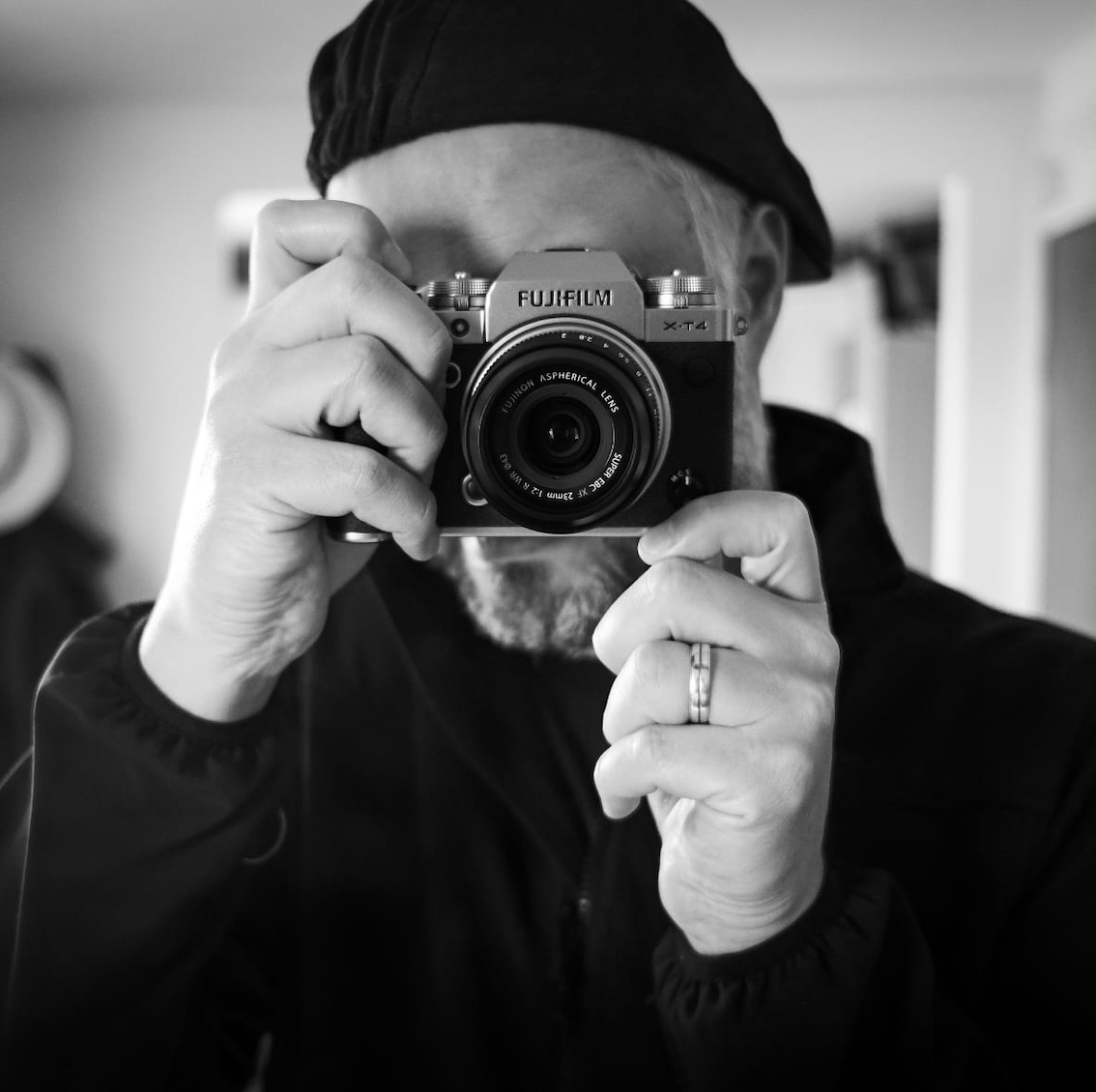 Twenty years later and Kevin Ainslie has reinvented himself as a talented photographer. You can check out his work through KLRK Photography. 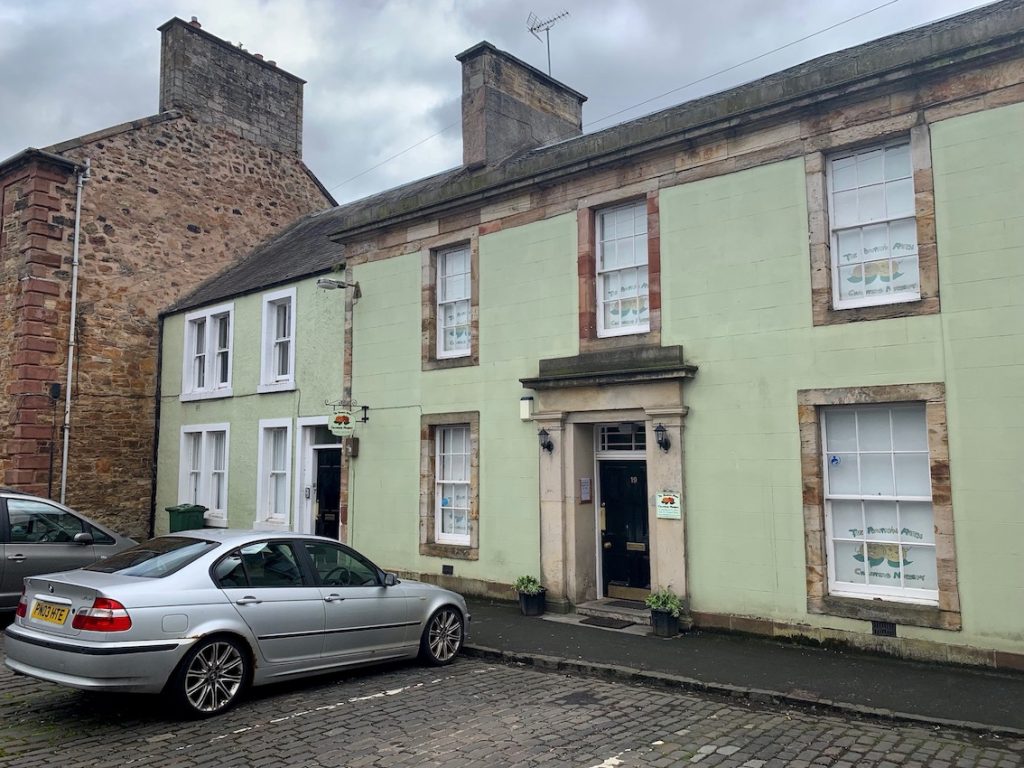 When my family relocated to Qatar in 2001 I decided to stay in Haddington a bit longer. After all, I was feeling settled and even had a girlfriend who hadn’t cheated on me yet.

Subsequently, I managed to find myself some unusual lodgings in the form of a room at Schiehallion Guest House. The owner allowed me to stay rent free in exchange for doing odd jobs.

One week I even took care of the place for her while she went up north to visit family. I remember her being a kind but troubled woman permanently drawn to the drinks cabinet in the drawing room. 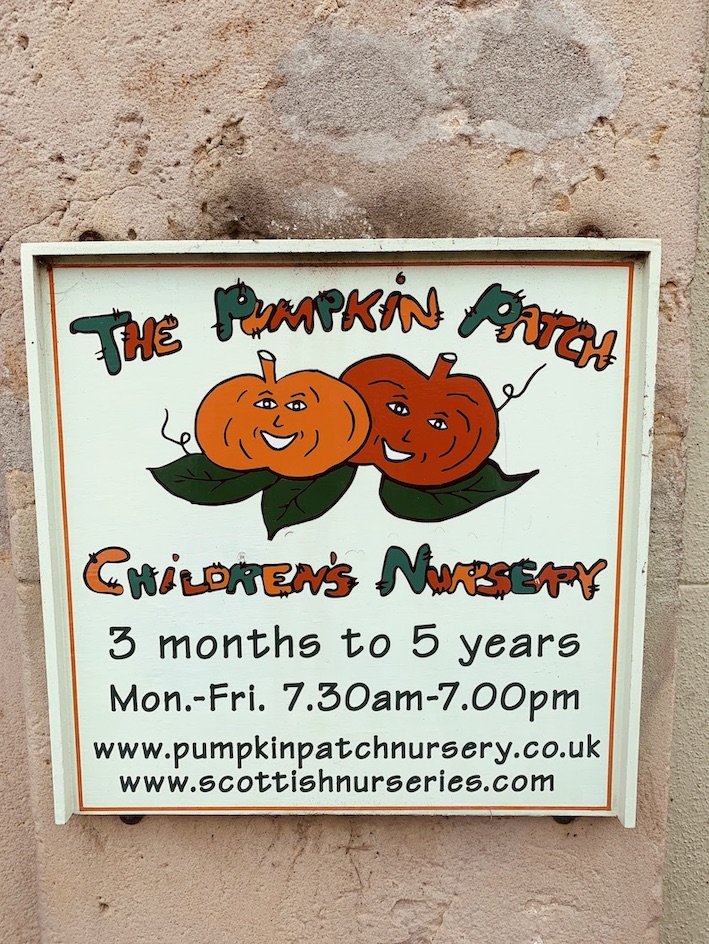 I felt more than a touch sad when I saw that Schiehallion is no more. It has since become a nursery, although the building itself looks just the same. 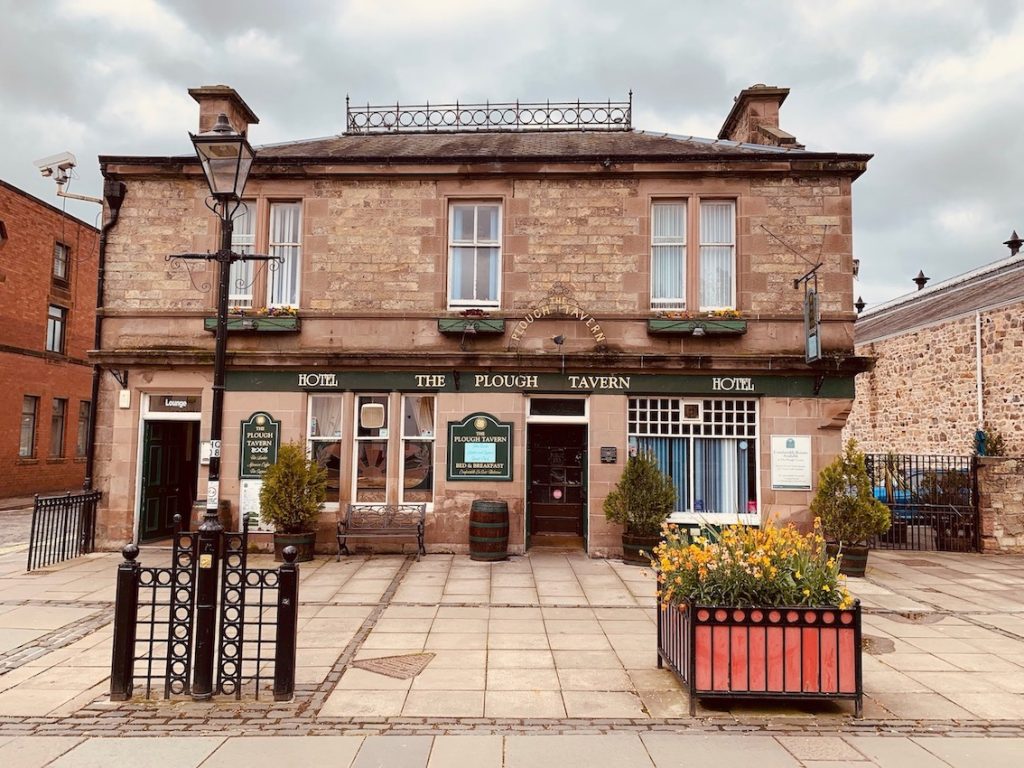 The Plough Tavern and Hotel is one of a handful of pubs I used to drink at. Some years after I joined my family in Qatar, a crazy rumour went flying around Haddington that I had died in a car crash! Hence I found myself barraged with emails and text messages.

Leighton, are you alive?!?

Sometime later, I think it was around 2005, I returned to Haddington for a brief catch up with friends. I’d gone to The Plough for a drink when suddenly… from across the room… a guy I used to play 5-a-side football with came marching over. The colour had literally drained from his face. “I thought you were dead!!!!” Somebody, it seemed, hadn’t got the memo. 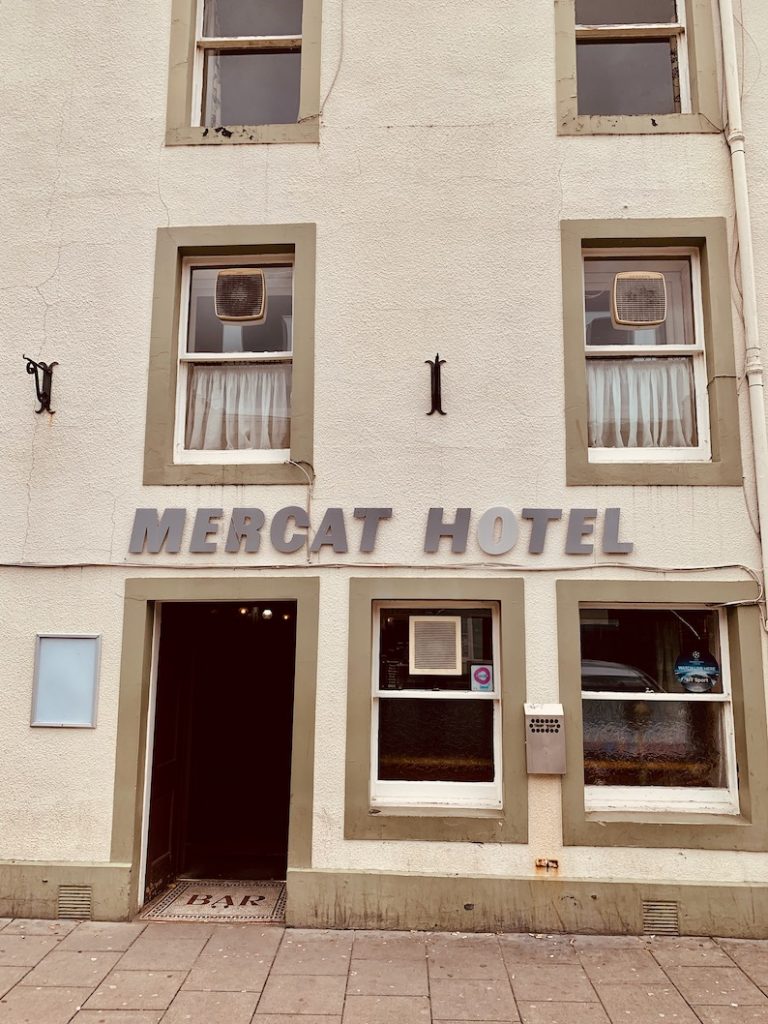 Another hotel that sticks in the mind is The Mercat. I never really drank here as back then the place was rough. But a friend of mine, D-Fullz, lived in a grubby apartment above the pub. I used to visit him every now and then to hang out, play Championship Manager and listen to The Charlatans. 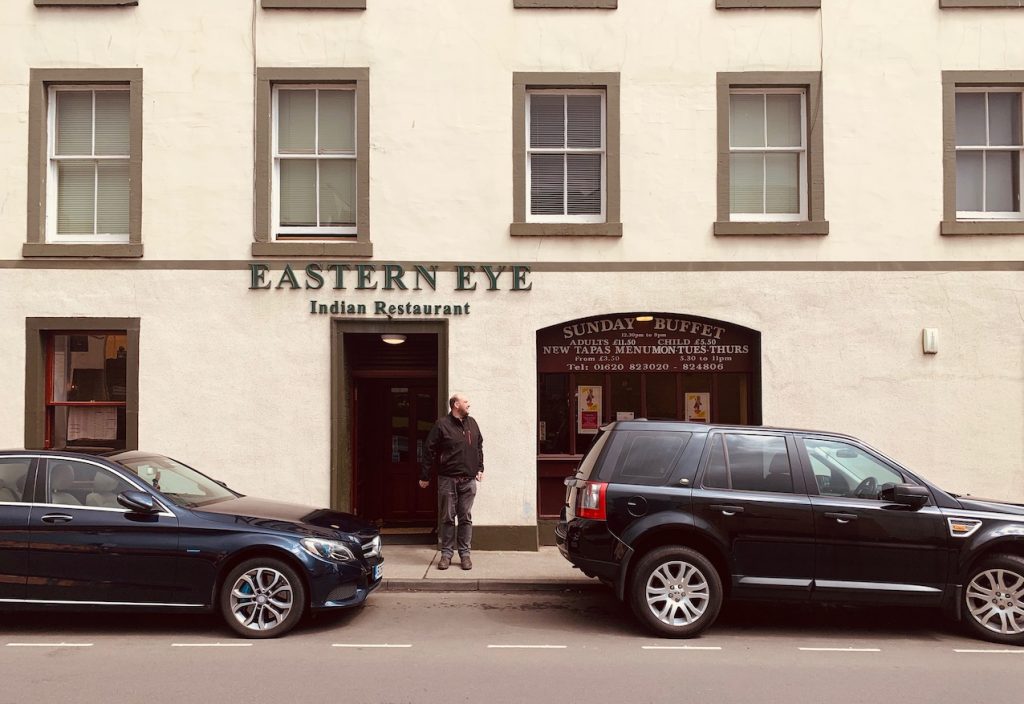 There really was no better way for Spackles and I to conclude our Memory Lane tour of Haddington than with a big Sunday lunch buffet at Eastern Eye Indian Restaurant.

This was a favourite haunt of ours during payday lunch breaks at The Job Centre. Leiperweasel usually accompanied us and we’d always return to our desks happy but horribly full for the afternoon shift. 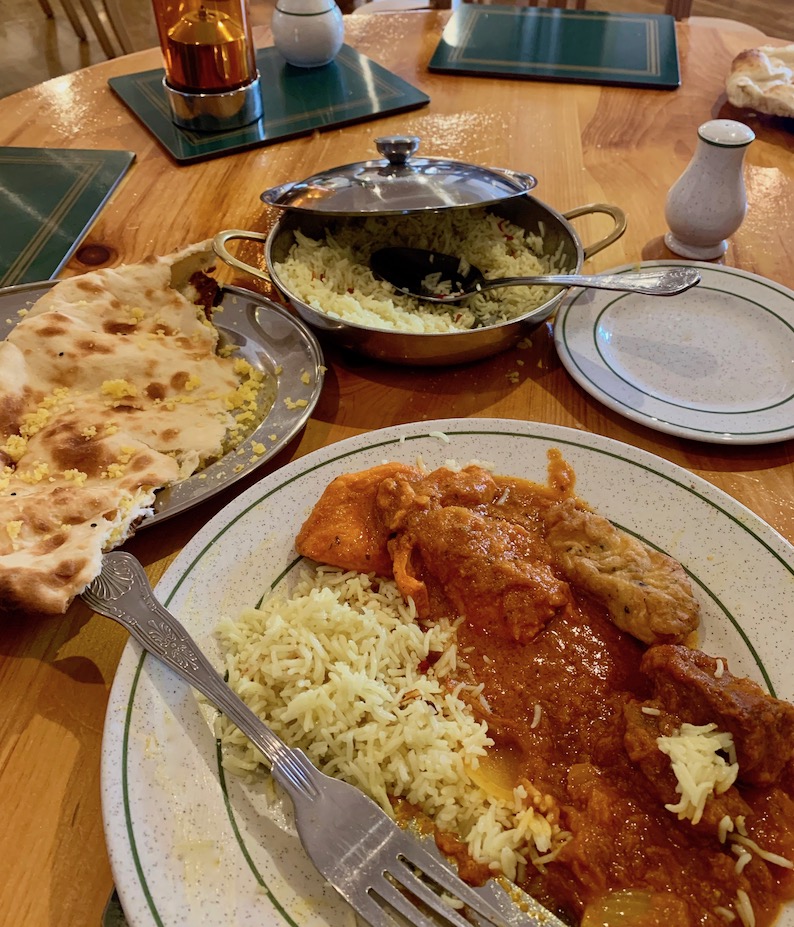 Eastern Eye certainly didn’t let us down that afternoon. In fact, it was a feast right up there with the old days. Much to my delight, they have even kept their tradition of including an After Eight with the coffee. The perfect end to a highly nostalgic afternoon! 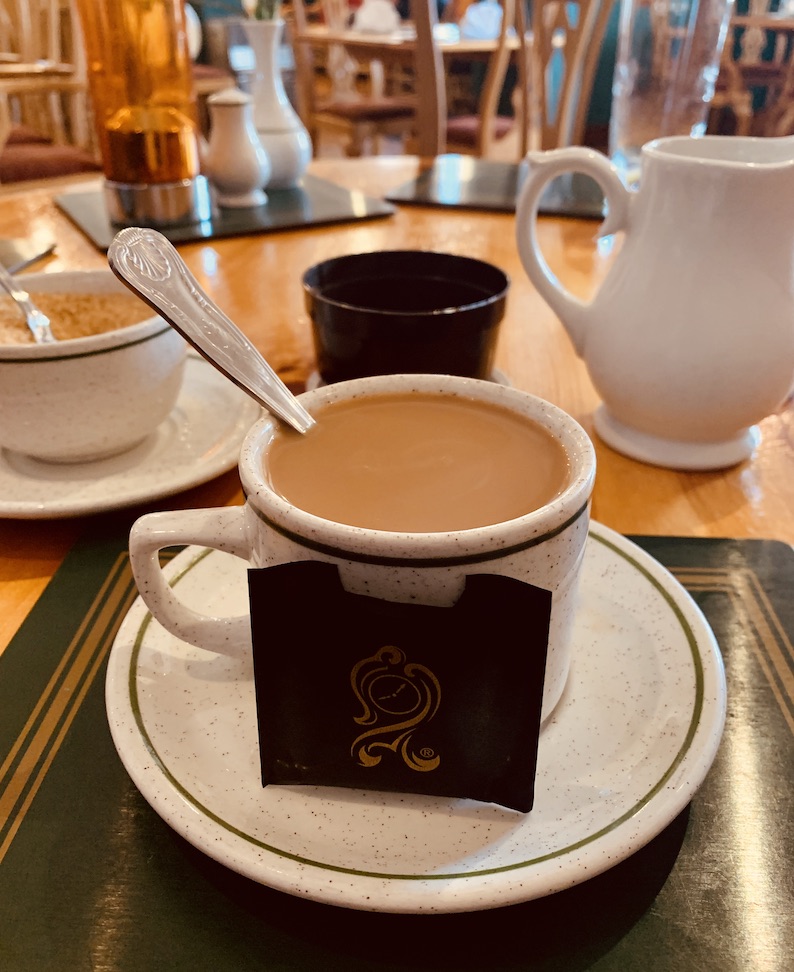 Like this? Check out more of my travel reports from across East Lothian.